We all know almost all trekkers want to climb harishchandra Once in their life and see the mesmerizing sunset form kokankada. So our group of 4 friends decides to visit harishchandra 1st time and we choose one of the difficult ways to climb harishchandra. as per plan, we take the bus from Shivajinagar Pune to Kalyan. and at 11 am and our journey get started. from the bus, the view of malshej ghat was very beautiful. by 4–5 pm we reach our 1st stop which moroshi. moroshi is nothing but the village which is situated at the end of malshej ghat.

From moroshi we have to catch another bus to base village walli-vehre and the bus for reach that village is at 7–7:30 PM so we roam around there and from that stop, the view of bhairavgad was damn good. then we took bus from moroshi to walli-vehre and by 8:30–9PM we reach the base village. So plan was like we dont want guide with us as we think if someone showing us the road and follow that route and reaching to the top is not give us feeling of satisfaction or the experience of finding route to the top on our own is also give you the life time experience (sometime it will be bad also). so we decided to do the trek without guide.

As we don’t know the road and we hear as this route is tough we try to interact with villagers about the route and we get know that everyone is telling us without a guide this trek is impossible and one villager told us that he rescue many people from this route. so I got some doubt in my mind to take guide with us or not but as we are decided earlier itself we have to climb this without a guide. So after roaming around we stayed in temple which is situated in middle of the village. And we went to sleep as tomorrow is very long day.

The next day morning at 5 AM we started the trek.Our first aim to reach to the nalli(Which is nothing but the route which have big rock all over) that we saw in the picture on google and on youtube we just know the direction where that nalli is situated so we decided to follow straight route till we reach to the nalli.so after 1 hr of walking, we reach in the nalli and we were dam happy as we thought now hence further we just have to follow this route and after 4–5 hr we will at the top. so we took a break over there we had breakfast in nalli and then started the further trek. In between again we meet one villager so I asked him how much time it will take to reach out to the top? he told us that if you follow this route it will take 4–5 hrs to reach top but he told us one short and told us that if you go from this route we will reach on top in just 2–3 hrs so as per human tendency we decide to continue the further trek not with the straight route but with the shortcut which that villagers told us and that was our biggest mistake as we hear many time as “The roads of the villager are known only to the people near the village”

We started with that route and we are happy because we got shortcuts after some time we hear the sound of peoples who are screaming from koaknkada. and we are like now we will get closer to our destination but after some time we realize we saw some rock patches on youtube still they didn’t pass. then we get a question in our mind as we are on the right route or not but still we decided to continue climbing after an hour we reach almost top of another mountain and we get to know that we lost our route complete like we reach the exact opposite mountain. our water bottles are empty. my strength is totally gone and we just lost it. still, we thought if we go parallel to this and try to find some way but again after some time we reach one point beyond that there is a deep valley so we decided to descend back as we lost it so we start descending. after a 1–2 hr we get back to the point where we choose that shortcut. I don’t have power to climb again I started not feeling well so we again divide a group of 2 because two of my friends want to try again and I m not feeling well so me and one of my friend decided to back off. while walking from the route which has full of big rocks in that I seethe mirage as I felt like there is a car over there and the well concrete road on one turn so I run and after reaching there I again see that rocky road again………!!!
so after all this we reach the base village. but there is no transport available from this village to reach out to the moroshi. and my condition was also not good so one guy from the village is going to murbad and my relatives are living in Kalyan which near to murbad so we request him to drop us to murbad and from walli-vehre to murbad we travel triple seat on bike and from murbad we catch the bus to the kalyan and our journey ends. My two friends who decided to climb again they didn’t find the way and they also get back in the base village after trying so hard so this trek remains incomplete…...!!! But story is not complete over here after one year again the same group of friend we climb sucessfully harishchandra via same route and again without a guide that feeling is still the best feeling in my life which I will try to write one more blog for that….!!
(This is my first try to write one of my experience in words) 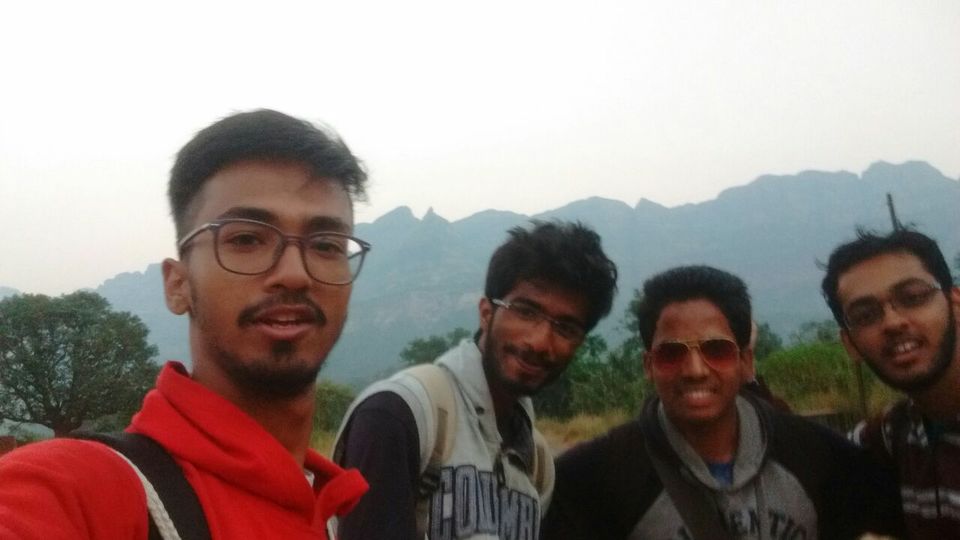 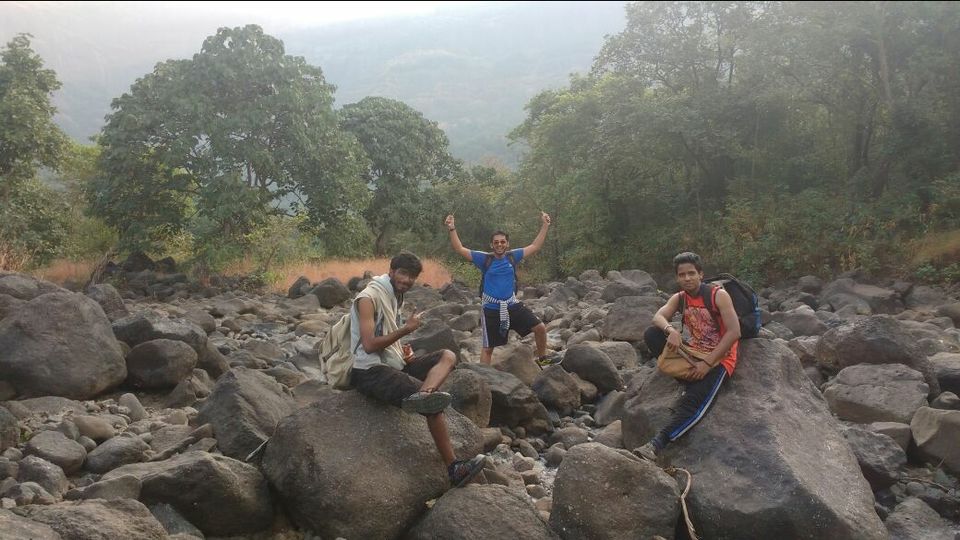 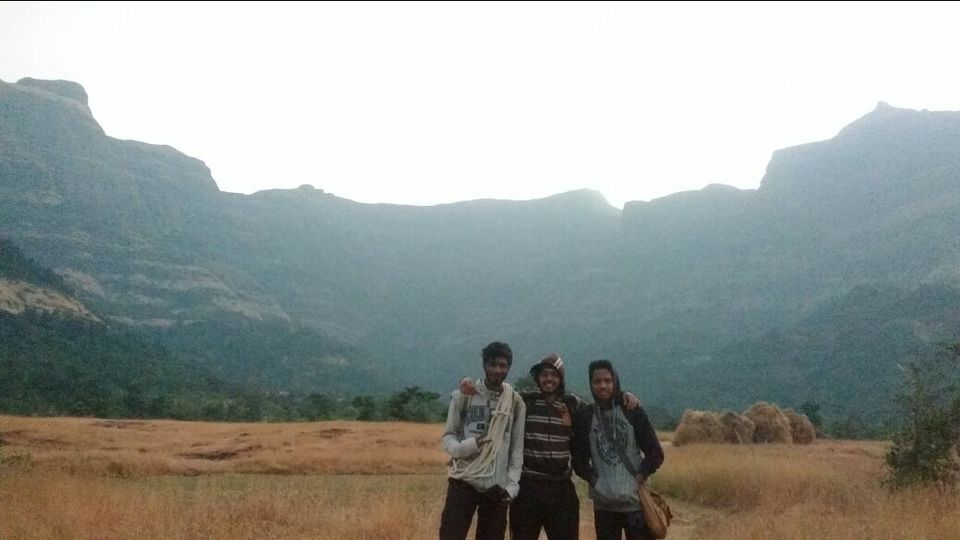