A walk along the coastline-Gokarna 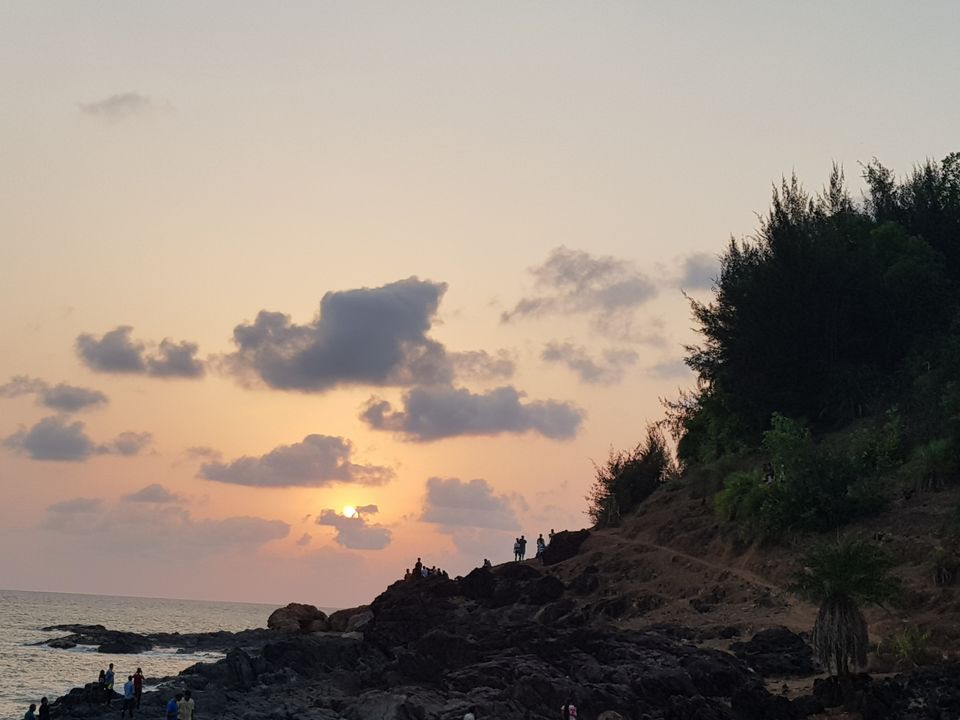 Day 2 : Early morning 5 o clock we set out to Gokarna Beach for our glimpse of sunrise! The beach wasnt quiet though. Had families and kids dipping in water up so early! Was a different experience, though not a lot peaceful as expected. But I could shut a lot of noise around and just focus on the beach and the sun.

After breakfast amd visit to the Mahabaleshwar Temple, Mirjan Fort was our next stop. It wasnt a very large fort. Was quaint yet majestic (in its own way) construction which did remind a lot of life back in the day. We climbed atop a very high wall of the fort, below which we could see a great distance ahead to the villages.

With this ended our Gokarna trip and we headed back to bangalore to our regular lives. The trip was so worth it for where else can we enjoy the mountains, beaches, temple and fort all in two days,  so close from home :) 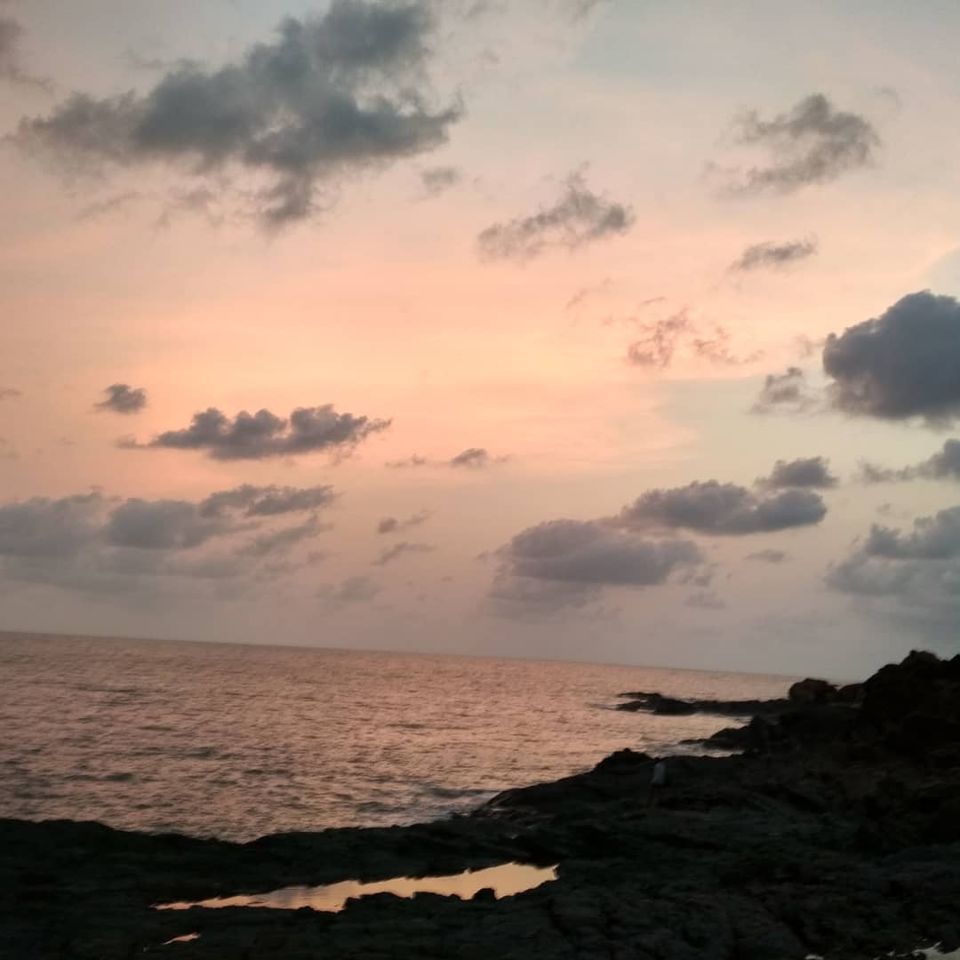 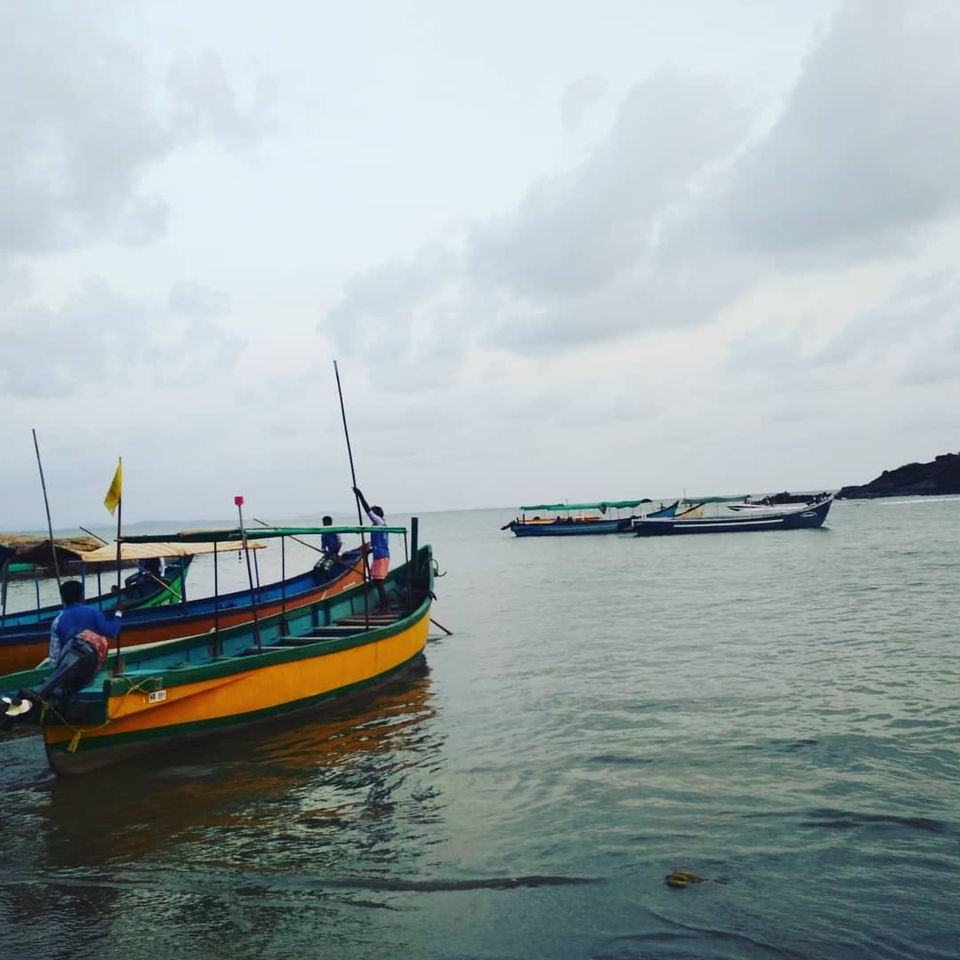 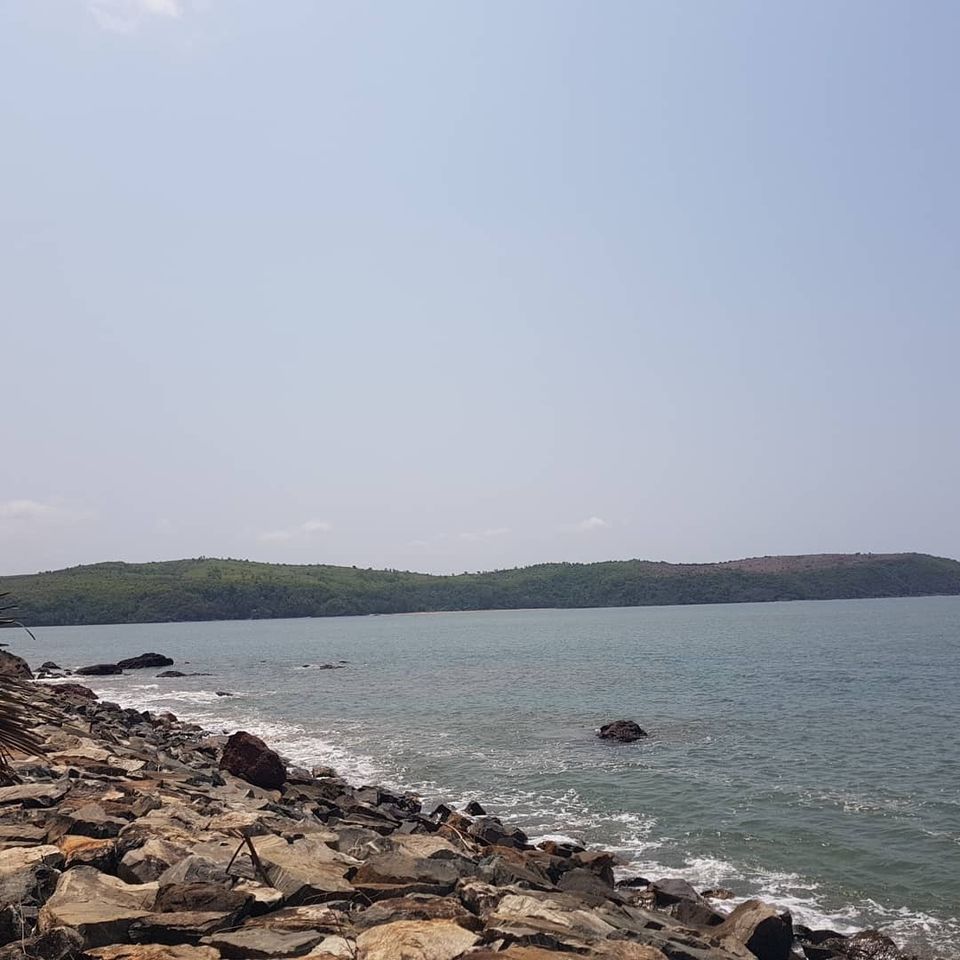 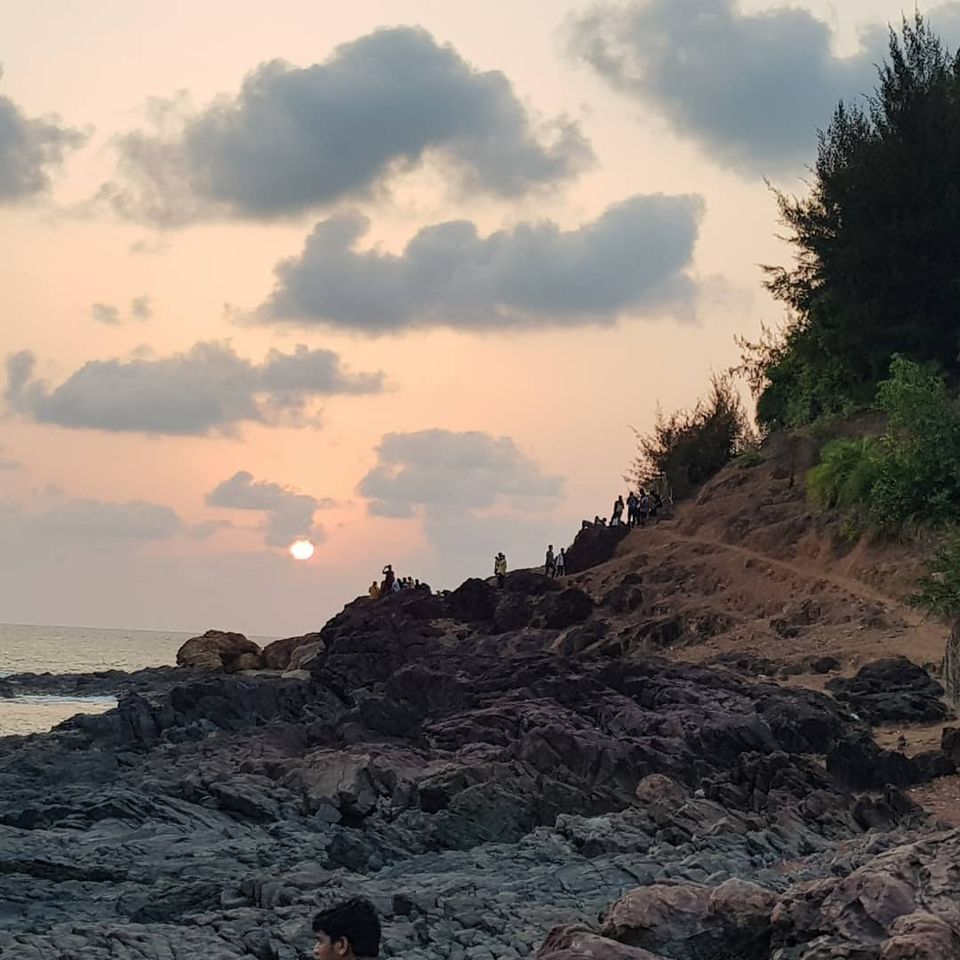 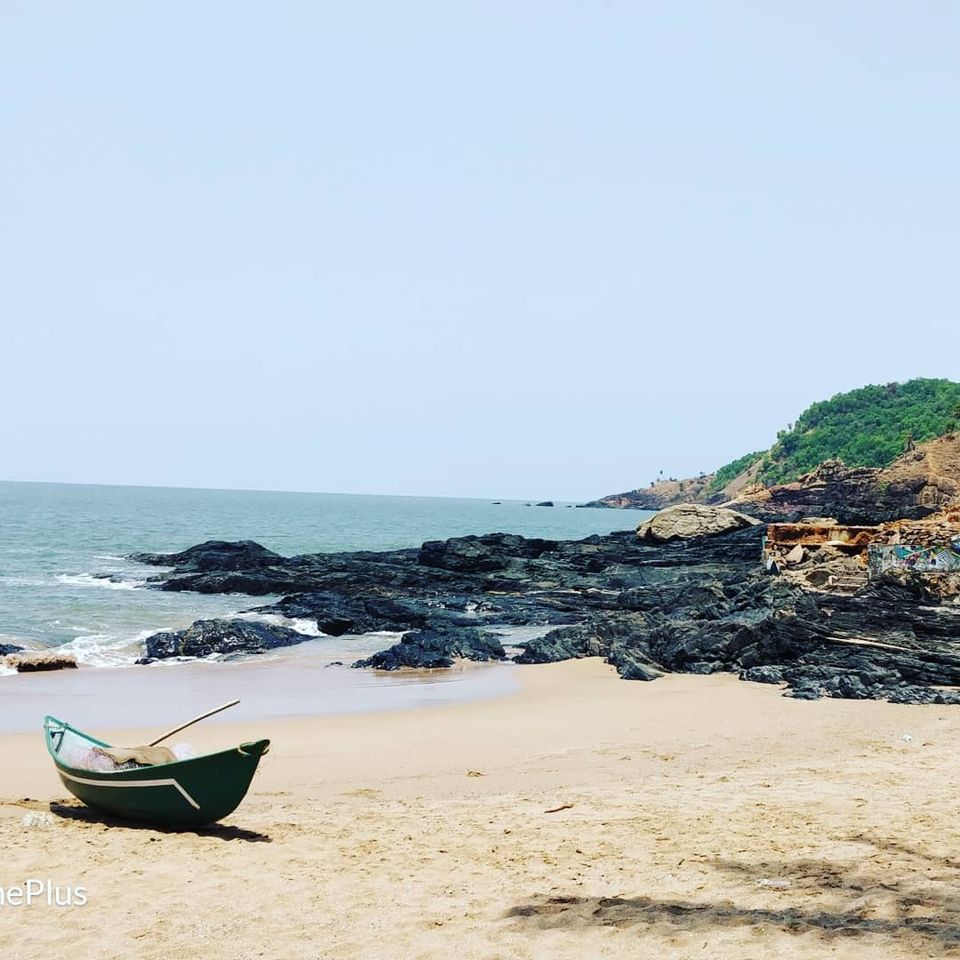 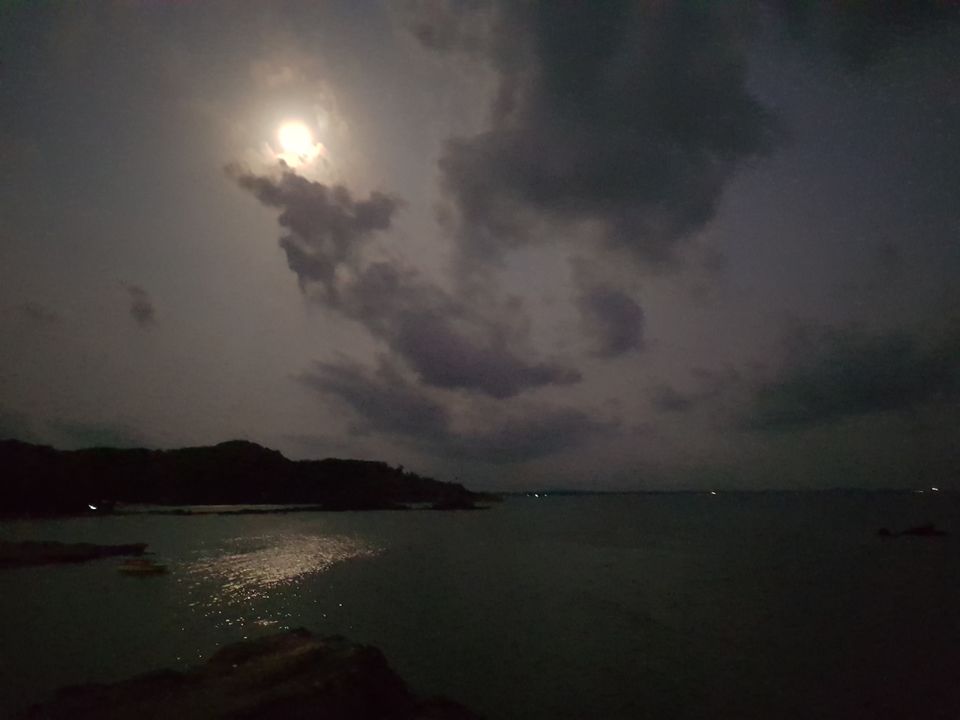 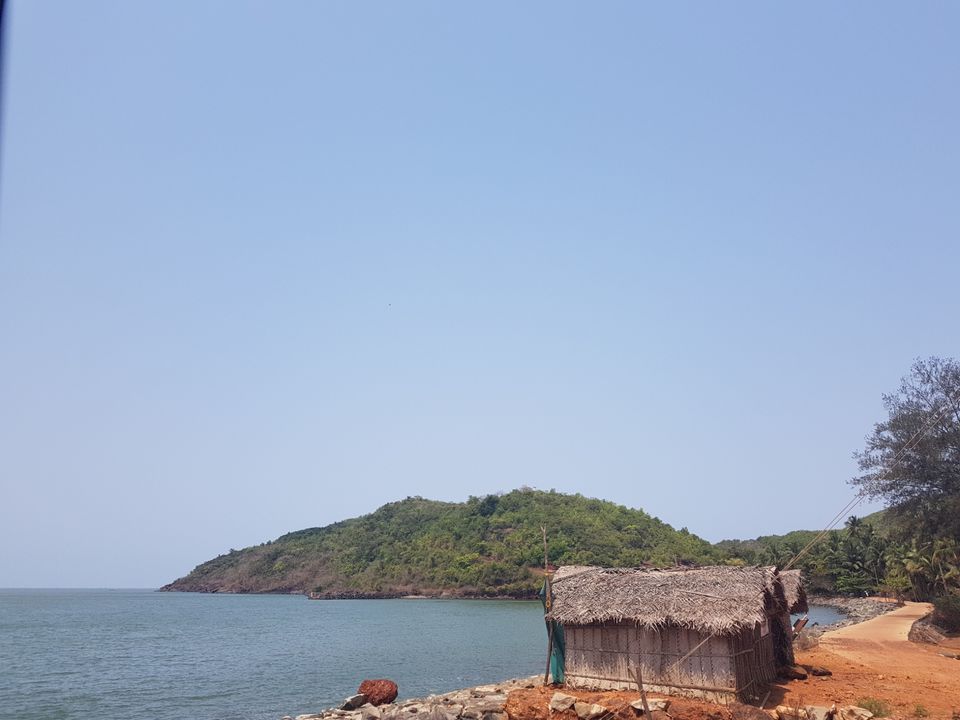 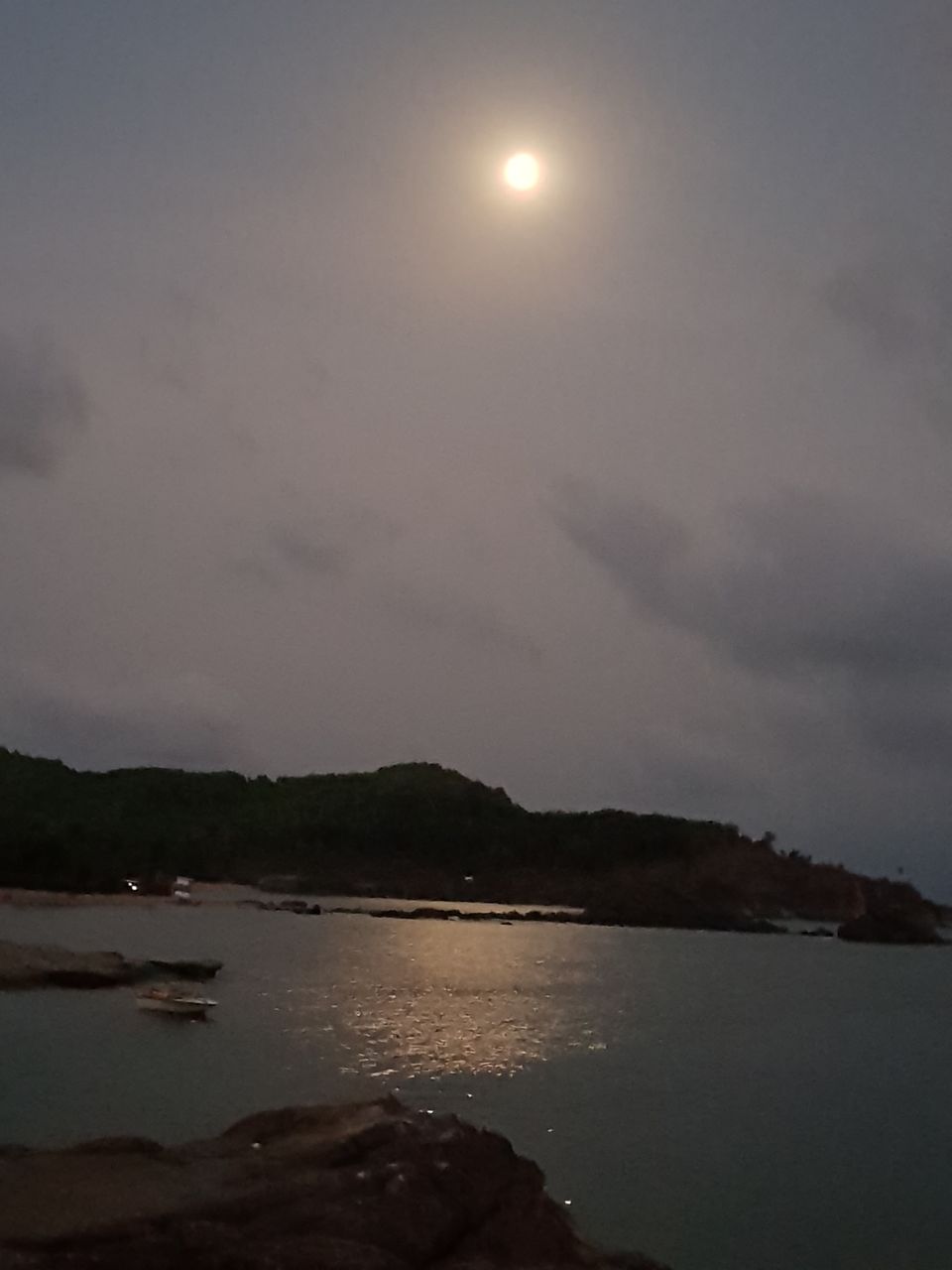 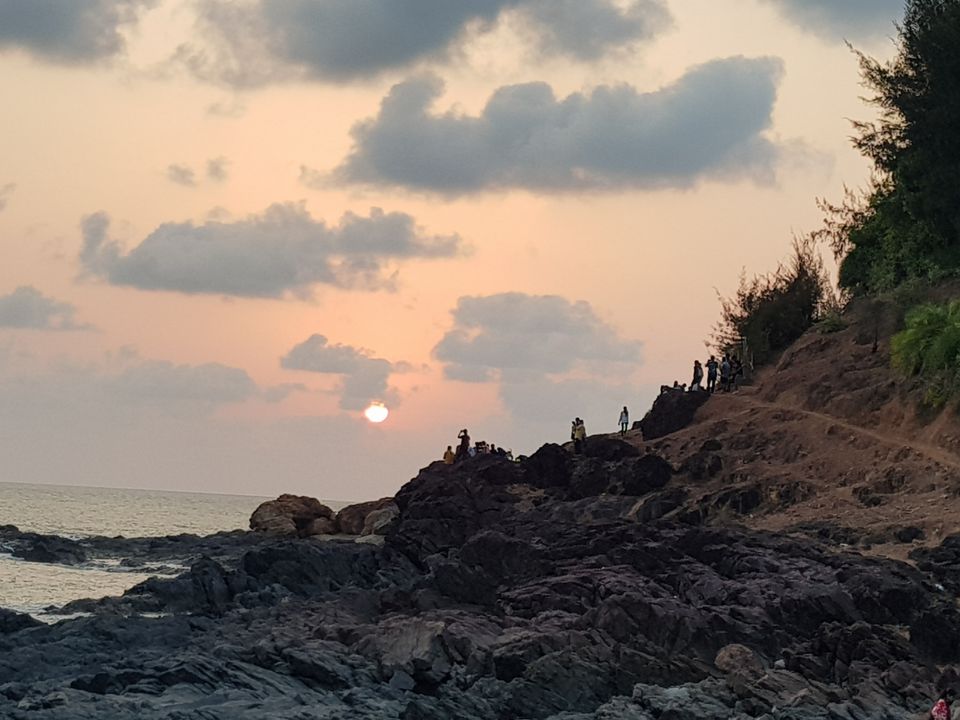 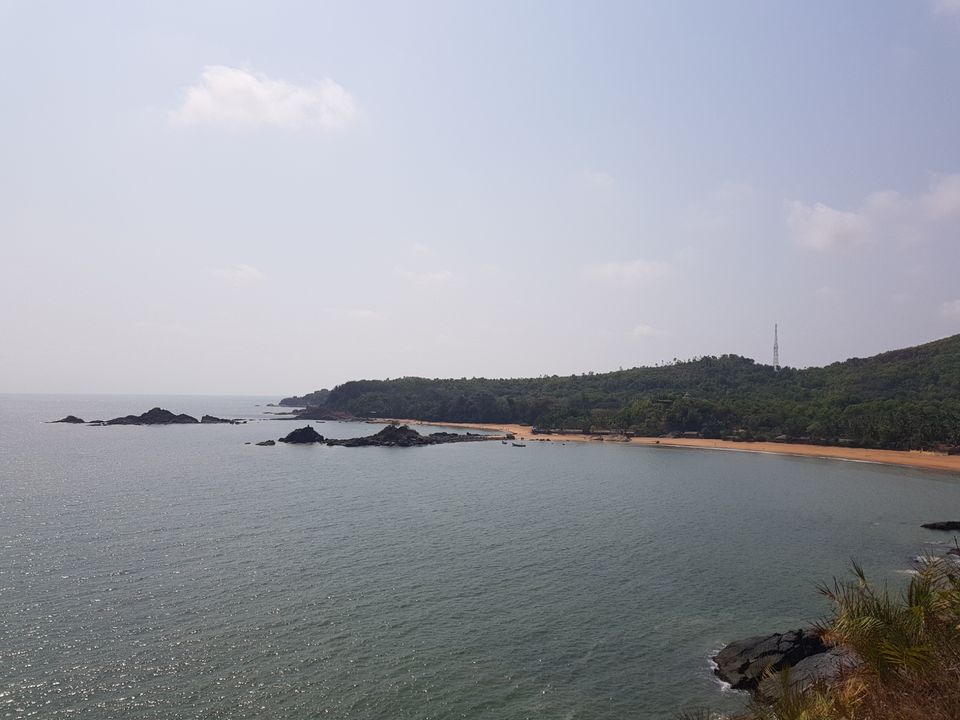 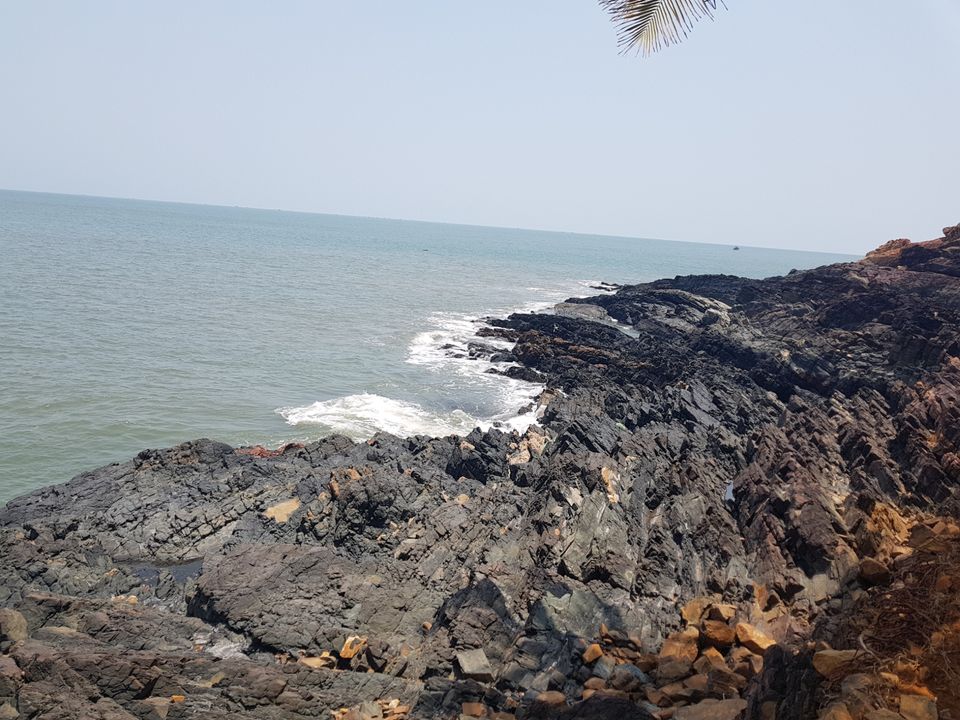 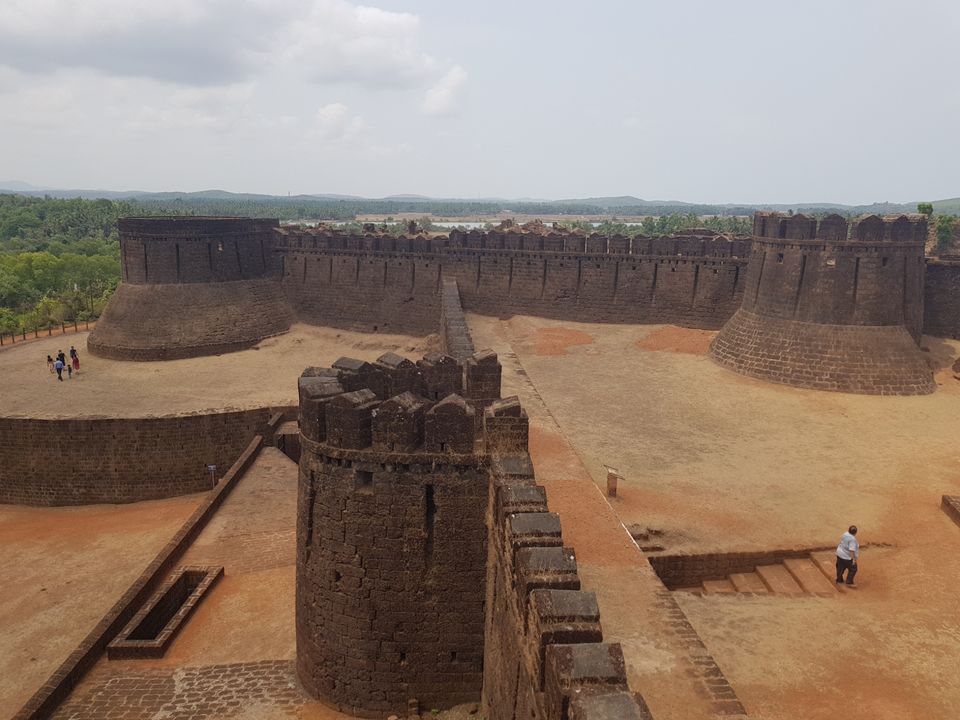 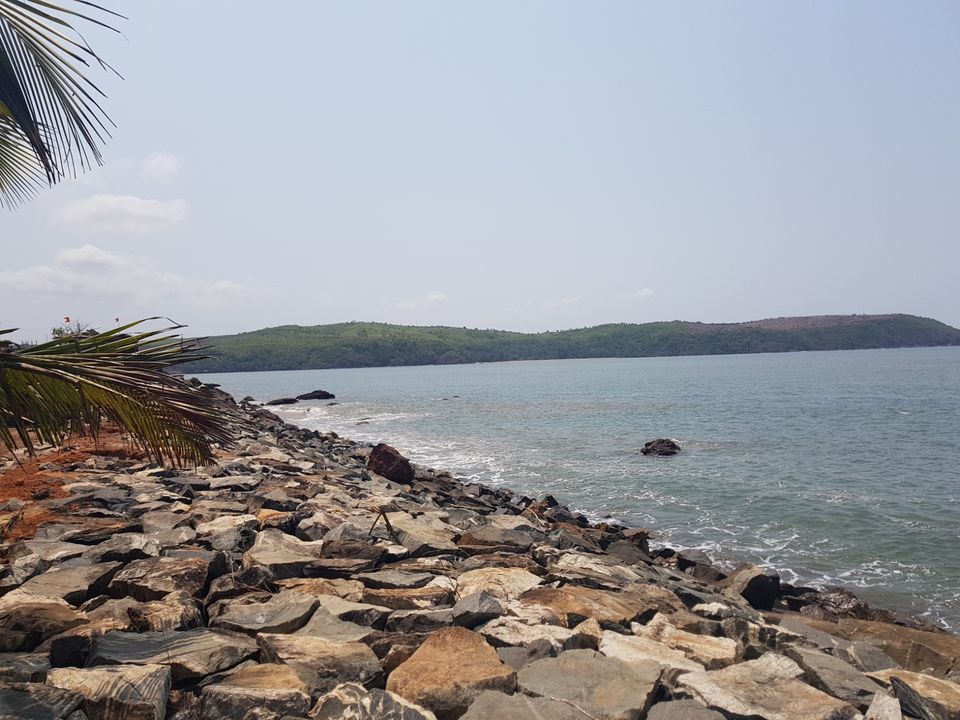 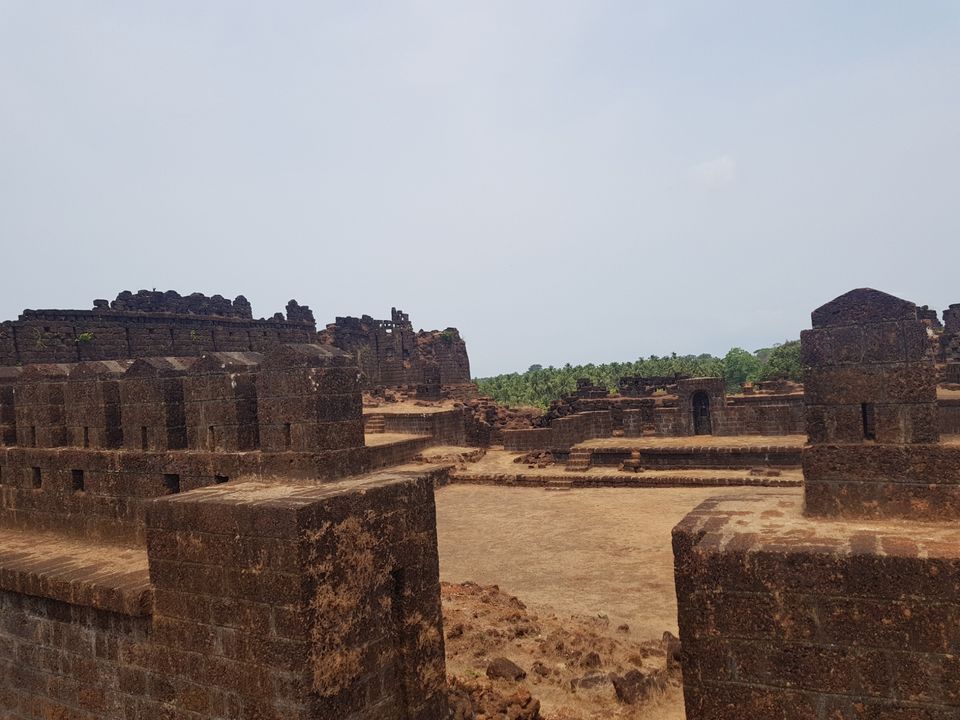 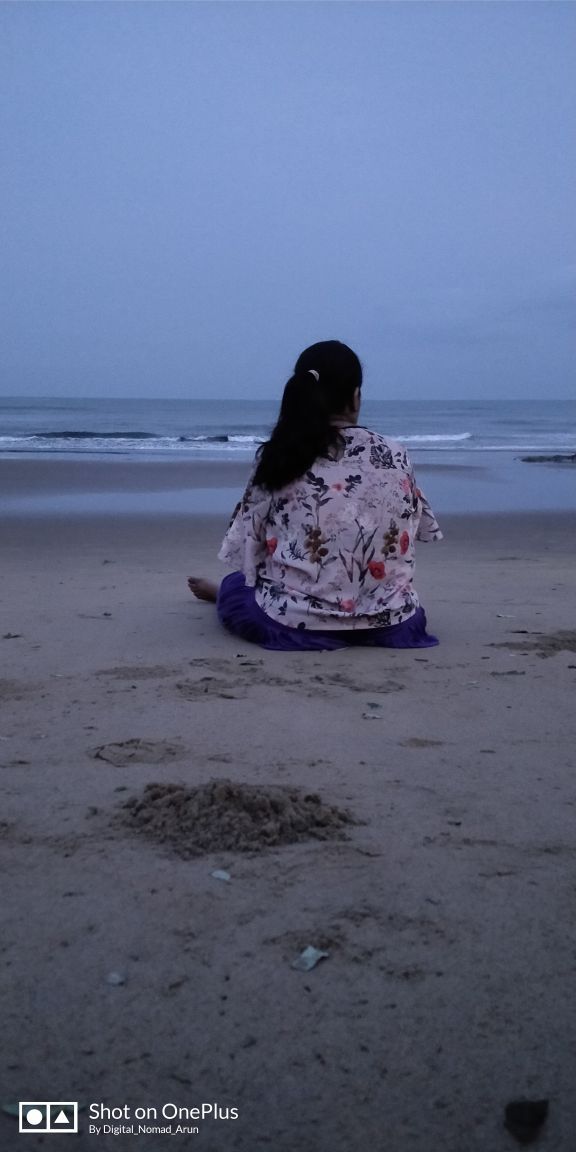 Friday night is when the journey began from bangalore to gokarna via bus (I went through a trek group called getbeyondlimits). A bus full of like minded travel hungry people who irrespective of their ethnicity, fitness level, travel experience (first timer or not) a had a sole passion of wandering through the unexplored.

Day 1 : We reached our homestay at around 9am and after a quick breakfast, without further ado started our trail from the God's own beach to paradise beach. We decided a quick dip at the paradise beach and it was such a bliss to get the body cooled with the temperatures soaring so high at mid afternoon.
But be prepared for the sea was among the most saltiest I had witnessed by far.

Though we were wet, we continued the trail in wet clothes (no place to change) it eventually dried up by the time we reached Half moon beach. (Blazing sun ..remember? ;) ) the patterned rocks were so beautiful and the graffiti by a few artists were exquisite. We did meet a few hippies along the way too :)
The reason for the name "Half moon beach" is because the coastline resembled the shape of a half moon :) Clear pristine coastlines with moutains on the side is the view that you would see.

After which the walk starts again. This time heading to the Rock of peace. This hike is through quite dense a forest atop a hill from where we see the entire coastline of Om beach!! This beach too gets its name from the Om shape of coastline. The view is impeccable and the hike makes it worthwhile! We then walked down to a cafe near Om beach- Namaste Cafe, to have lunch which served Continental and Indian cuisines. I strongly suggest to try continental and not Indian cuisine here as per what we tasted from both :)

While a few went on for beach volleyball and another round of water splashing, I relaxed with a friend I met on the trail. She played some good music while I sat and enjoyed the waves.

At evening, the sunset by the rocks of Om beach was breathtaking and even better when the Full Moon shined bright with its beautiful reflection on the sea! A sight which we dont get to see that often at the city! What more to ask for a perfect weekend getaway.

We then went on for the night trek towards Kudle beach. Our last stop for the night and what a way to end the day. Dinner and drinks from shacks near the beach followed by a cozy bonfire with music by the beach.

After the long day's journey we finally headed back to our homestay.