An excursion to the village of temples – Barkur

Someone has rightly said – ‘This entire planet is home. Staying in one city your whole life would be like never leaving the bedroom’.

One of the best time to travel is the festive season.  The places flash the best of its beauty, culture and embellishments.

It was a Sunday morning and so I woke up late – 0930am in contrast to the daily start of 5 am. As a part of my first morning ritual (softer edition of ‘addiction’ ;-)), I peeped into my mobile. I saw my friend Masroora’s (my senior and a travel friend) message asking the plan for today. I replied her back mentioning have no plans yet, but we can decide one. She recommended for a place called Dharmasthala- 100 kms from Manipal. I was in no mood to go for a temple, that too without my black bull (My Royal Enfield Classic 350 – Black). And off course bus travel would take 3 hours which will only create disaster for me on uneven and ghat roads as I usually have motion sickness. I suggested her some places. But after a long search on the internet we decided to visit the Barkur village as it was nearby.

Barkur is an ancient village around 19 kms from Manipal (Karnataka) on the banks of river Seetha. It has many quaint monuments namely– Kathale Basadi and the Chowlikere Ganesh temple. 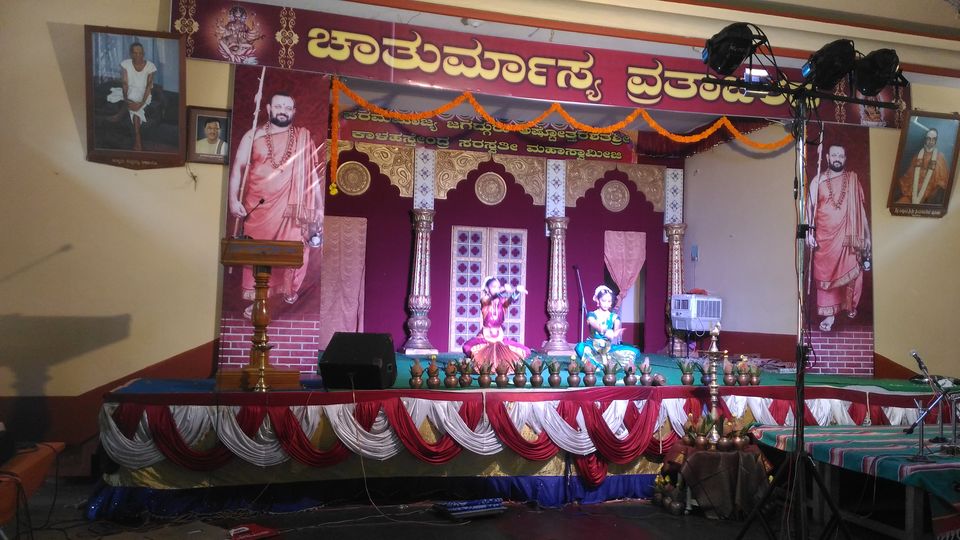 I packed my one day backpack and started around 12 pm from Manipal on a bus to Udupi. We did not exactly knew how to reach Barkur but and so asked the bus conductor. He suggested us to the ‘kin’ bus stop to Udupi local bus stop. We walked for around five minutes and heard a driver calling out Barkur.. Barkur.. We confirmed and once again boarded the bus. It was very hot inside the bus. It took 15-20 more minutes before the bus started, almost drenching me in sweat. As Udupi is adjoined to the sea, the weather is always humid.

The bus ticket to Barkur was only Rs.15/- and hence I could make out that the village is not very far. And soon it started drizzling. The bus halted at one of the stops called Brahmavara. Here, two ladies entered the bus with their toddlers. A man accompanying them made a gesture asking us to give them a place to sit. Thus, me and Masroora offered them our seat. From here Barkur was around 3 more stops. We managed to cross this short distance enjoying the cool breeze, standing at the door. We passed by a river called Seetha river. I enquired about the time taken from the bus stop to the Basadi and the temple.

We got down at the Barkur busstop and asked the way to the Basadi. On our way, we met a lady in a festive mood with a colorful saree and her hair adorned by a flower wreath. She welcomed us with warmth in her voice and a smile on her face. She started the conversation in Kannada which I did not understand even a bit. But Masroora understood some of it and thus replied back. The lady knew some English words and so told us that the Basadi is very ancient. There are total 365 temples in the village. She showed us the Basadi and warned us about the snakes which might be present in the grass around Basadi.

The roads in Barkur were wider enough for a bus to pass by comfortably. There were lush green trees on both sides of the road with butterflies fluttering over the flowers. The basadi was on the right side of the road. We greeted the lady and left for the basadi gate. Basadi is basically a Jain temple and Kathale means dark. So, the history says that the village was built by the Alupa Kings in the Vijayanagara times (12th century) and was further ruled by Hyder Ali, Tipu Sultan etc. There is a huge monolithic pillar at the basadi entrance. The basadi compound has three temples. Although they are in a demolished state now, it has some remnants and visible ancient encrypts. The encryptions are said to be in Tulu. An information board is on the left of the entrance. The temple exactly at the centre is the basadi, but no more contains Jain Tirthankar statues. The There were only some destroyed pillars. One temple behind it was Shiva temple and the other was Vishnu. The Vishnu temple had beautiful carvings. Although it is quoted as the national monument by the archaeological Survey of India, its sorry state with grass growing around and piercing the architecture made me feel awful. Soon after taking some pics around the basadi we headed towards the Ganesha temple. We confirmed the way for the temple and headed straight. 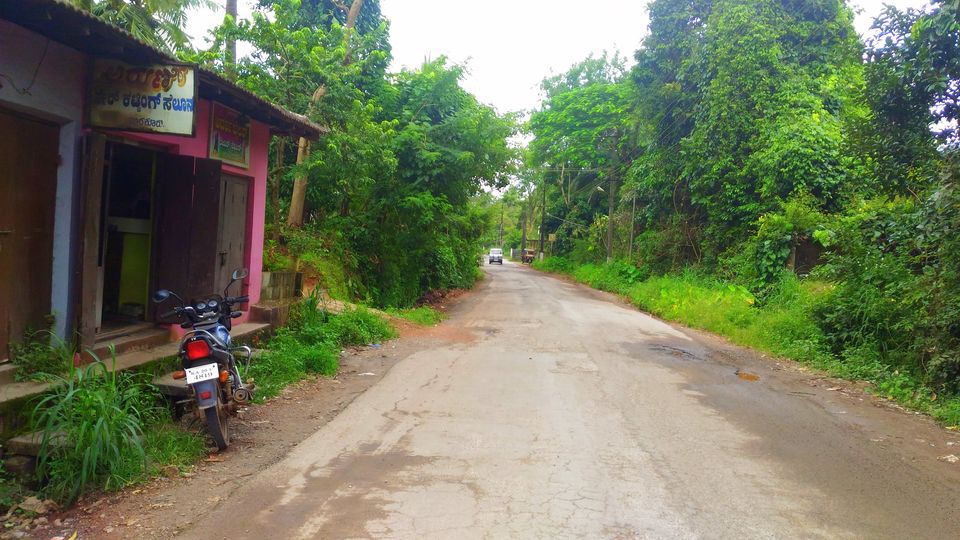 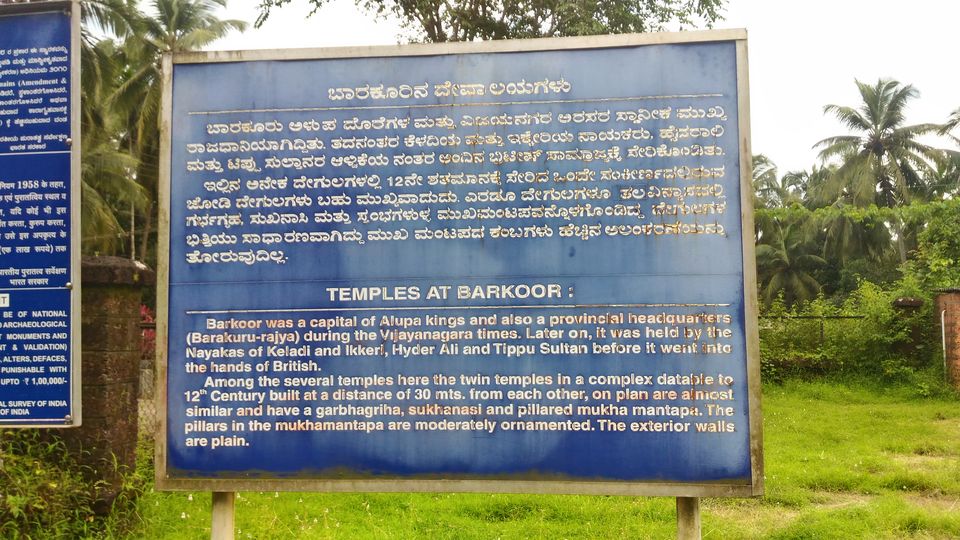 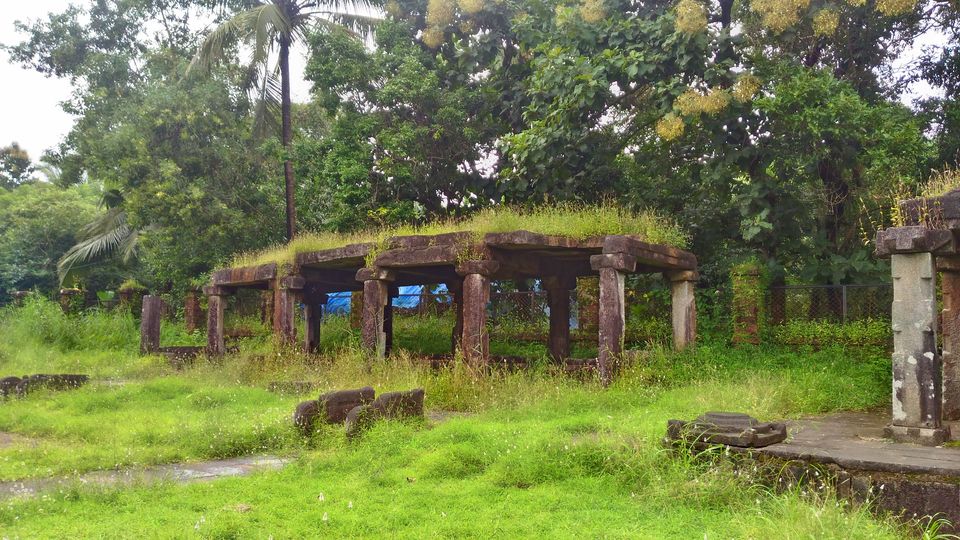 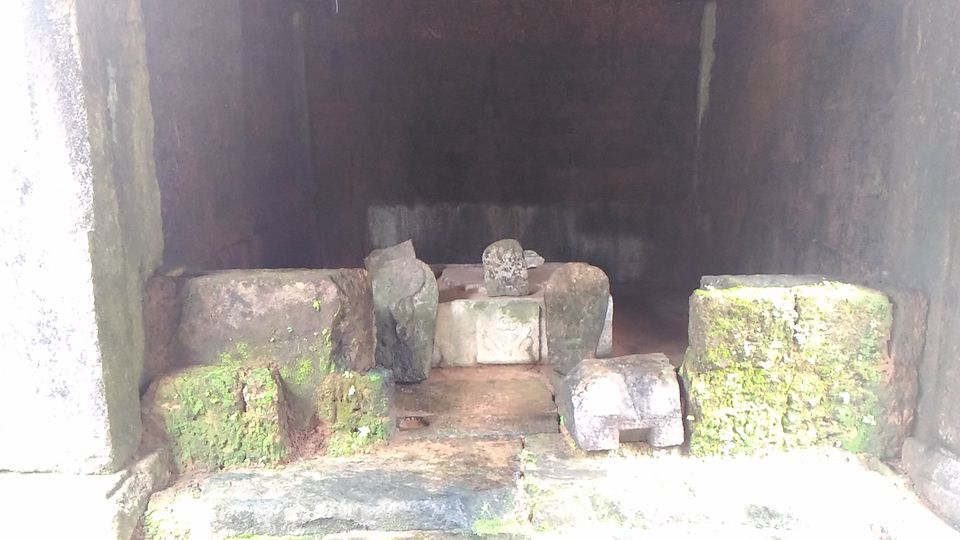 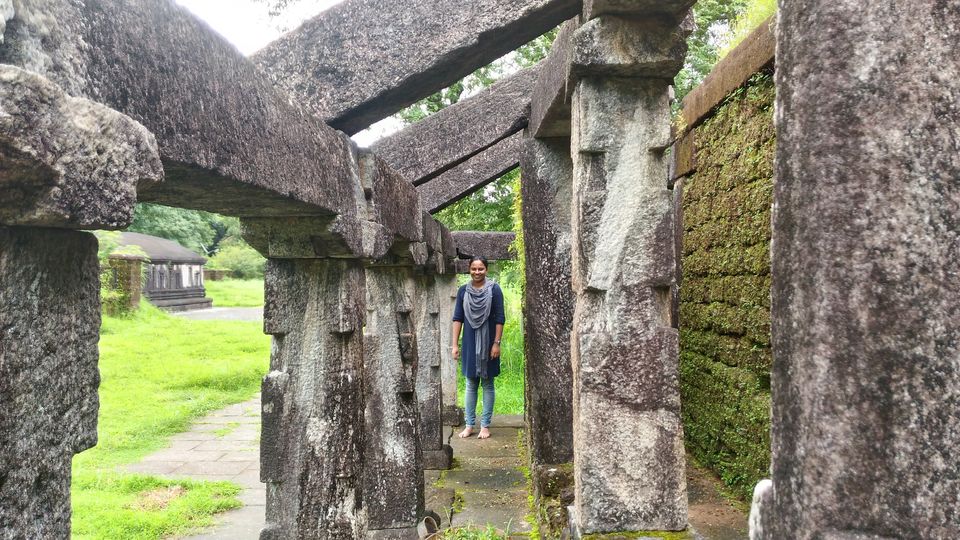 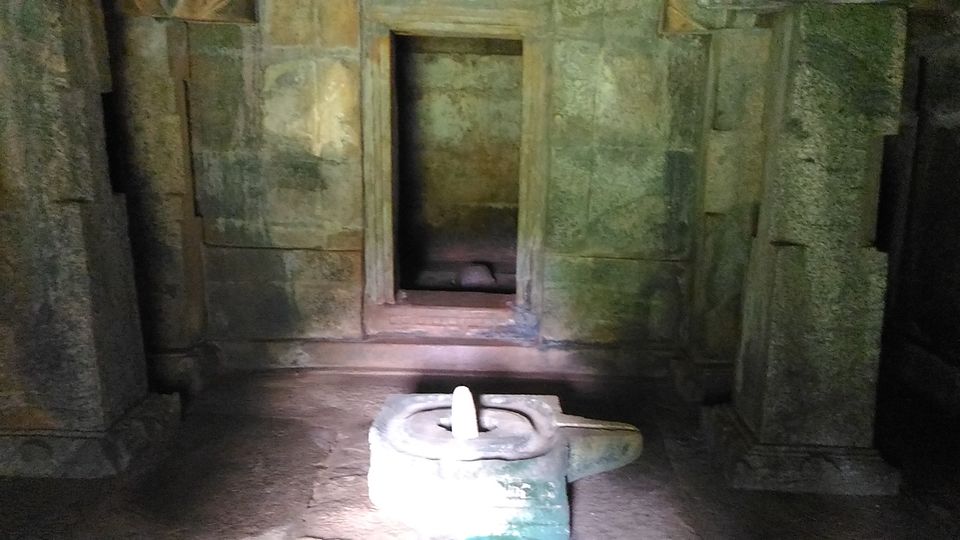 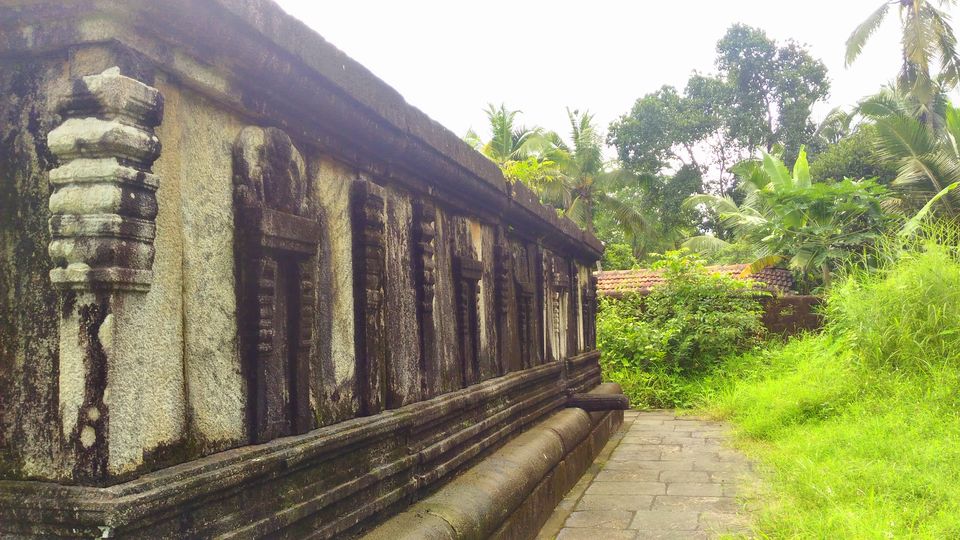 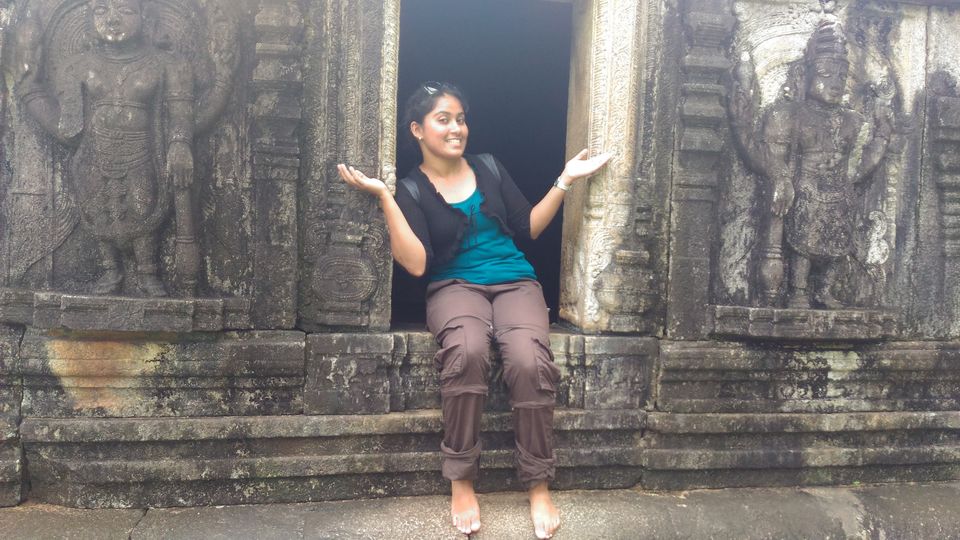 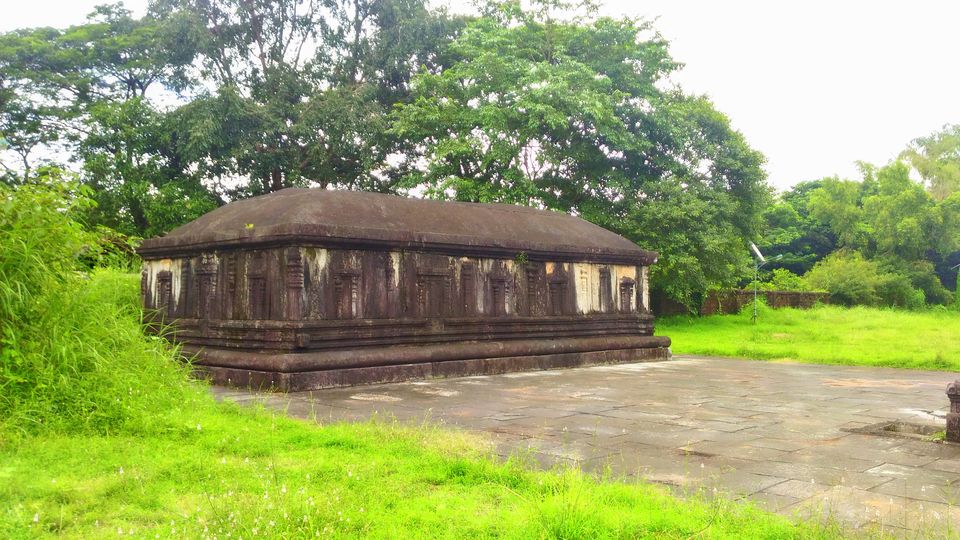 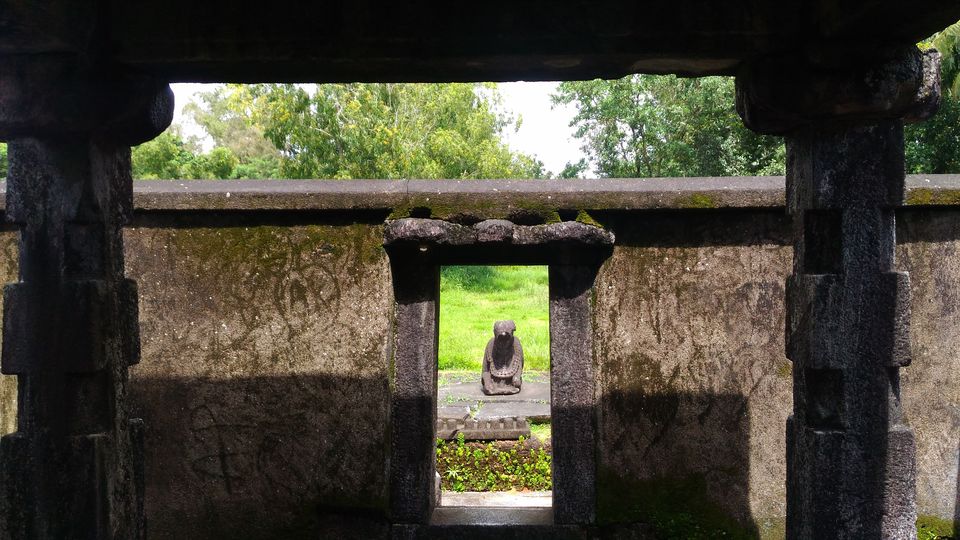 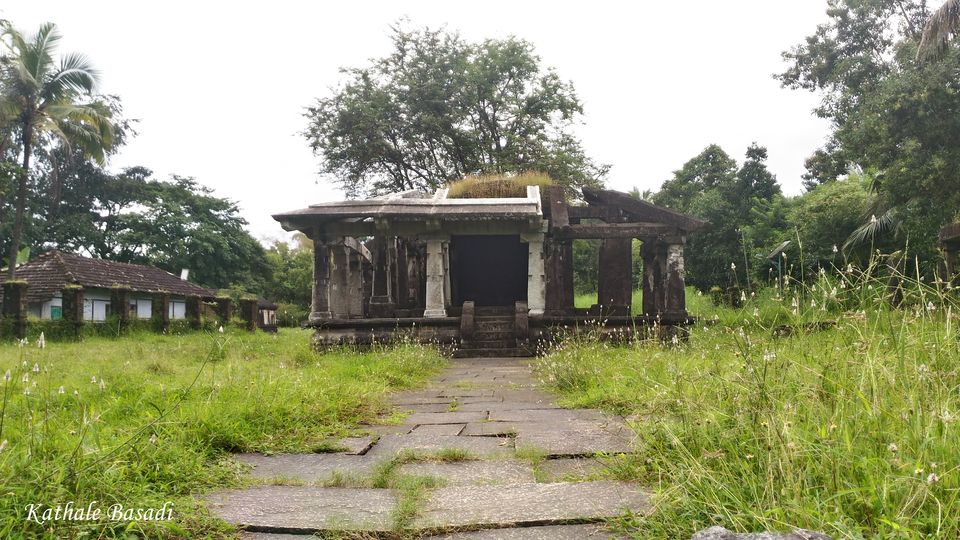 The Chowlikere temple is at a walkable distance from the Barkur bus stop. Rather than hopping into a rickshaw, I would suggest to take a nice saunter to the temple exploring the green and stillness of the road. We saw a way on the left hand side which looked much more calmer and verdant. So we hopped onto that way and found that it traversed through a small forest parallel to the main road. We walked amidst the tall trees, fluttering butterflies and golden dragonflies around. This route took us directly to the Chowlikere Ganesh temple. It was a wide edifice with roof of terracotta tiles. The architecture of temple is said to be of Dravidian style but without ‘gopuram’ 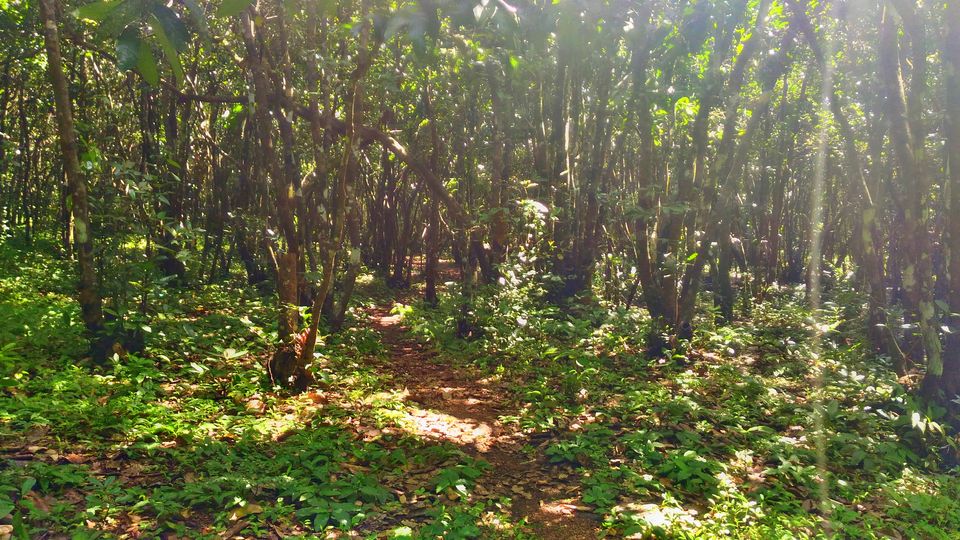 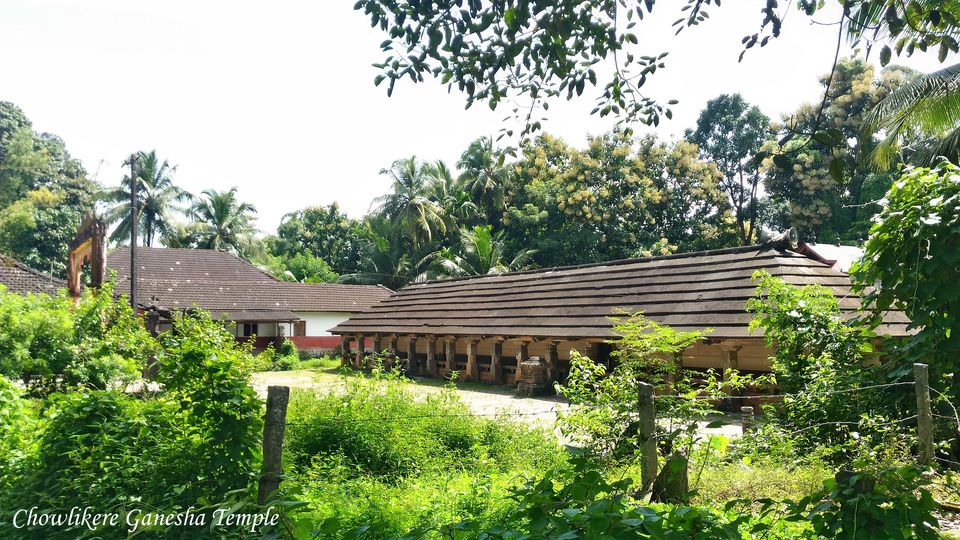 The main temple door was shut. We wanted to explore it and so we started going around it, and a dog started barking somewhere in the compound of the temple. We were not sure it was Chowlikere temple until we confirmed it from a man at the bus stop outside. As the name was in other language (Kannada or tulu?) we could not read it anyway. Also we were expecting some decorations and devotees as it was Ganesh Chaturthi the next day. Assuming it might be a private property with the dogs barking, we ran out of the compound. The chap at the bus stop will be laughing in his mind as we asked him for the temple standing just outside it. Disappointed at being closed, we didn’t knew what to do. Now, we were wandering aimlessly and strolled a narrow path opposite the temple. It lead to some fields which looked barren. Returning to the main road, surprisingly we spotted an old man at the temple decorating the pillars with mango leaves. I rushed in to enquire about the timings and he pointed me to a door which was just onlocked. We entered and found a Ganpati temple and a Shiva temple called Panchlingeshwara temple. The Ganesh idol looked beautiful in glistening black stone with a contrasting red garland. This temple is from Chola period around 900 years old. The Panchlingeshwara temple of Lord Shiva adjacent to this was shut into which we could not peep. It is said to be the biggest temple of village. Pleased with ourselves, we headed back. On our way back we visited one more small temple on our left which had a few steps. We had a look of the idol but were unsure of which deity recided in that temple. 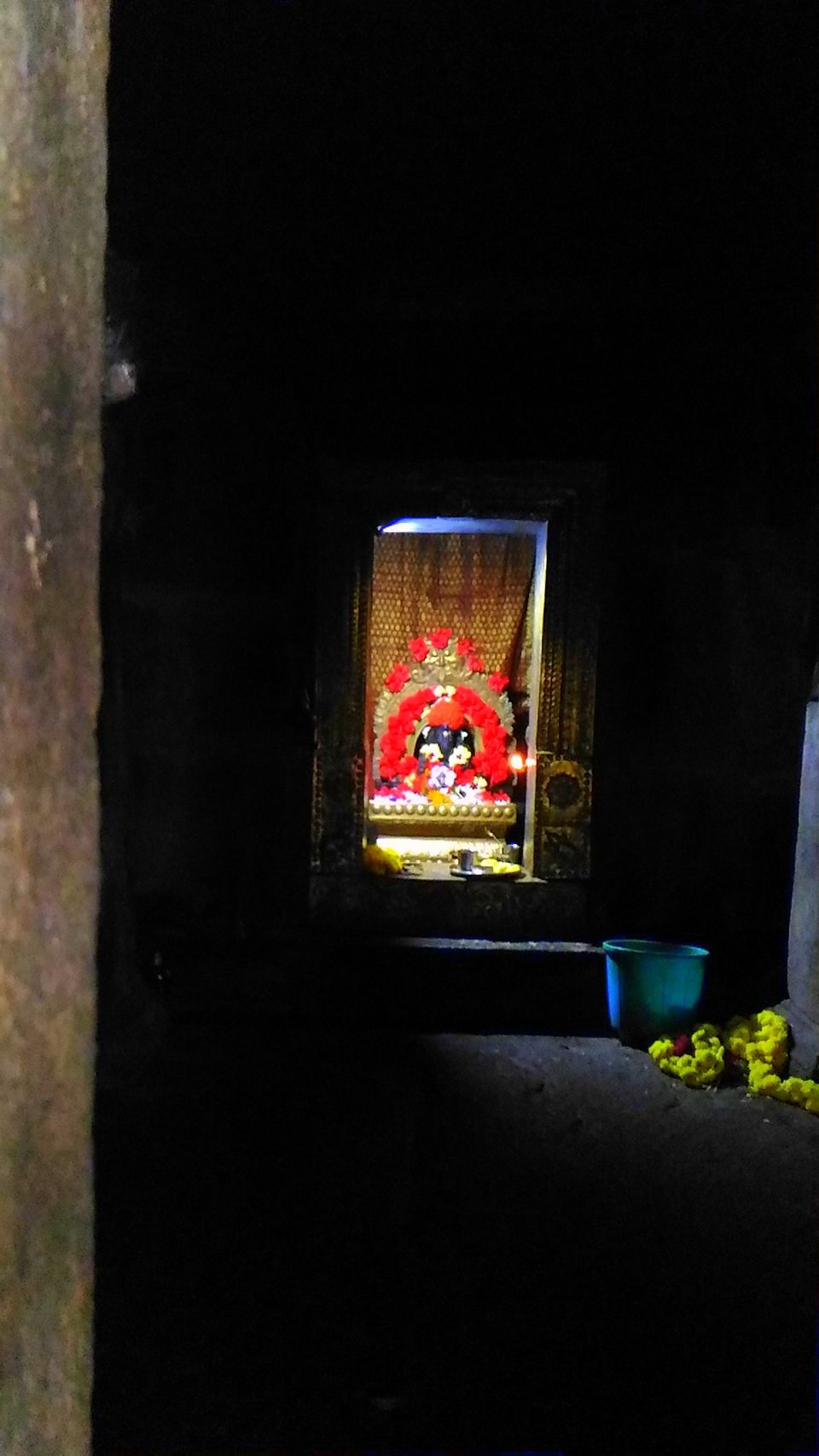 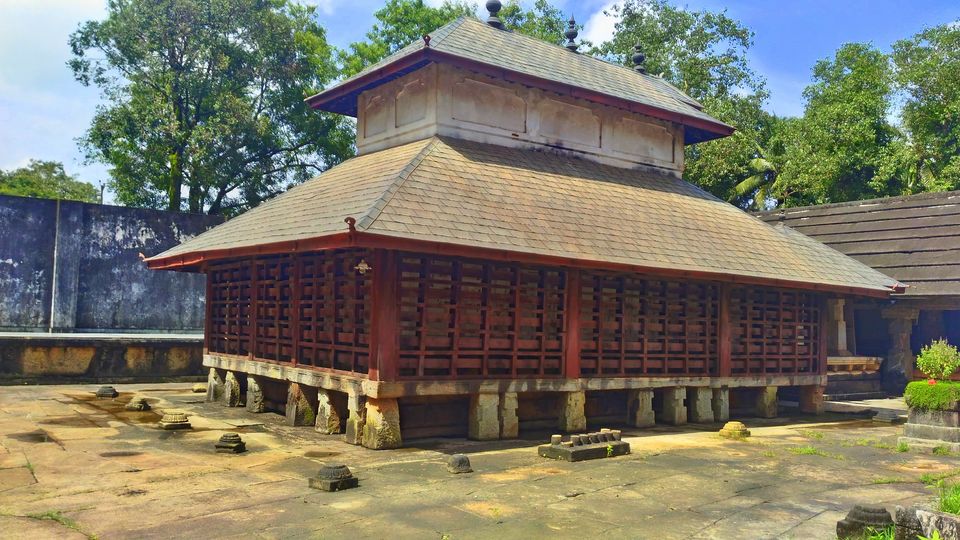 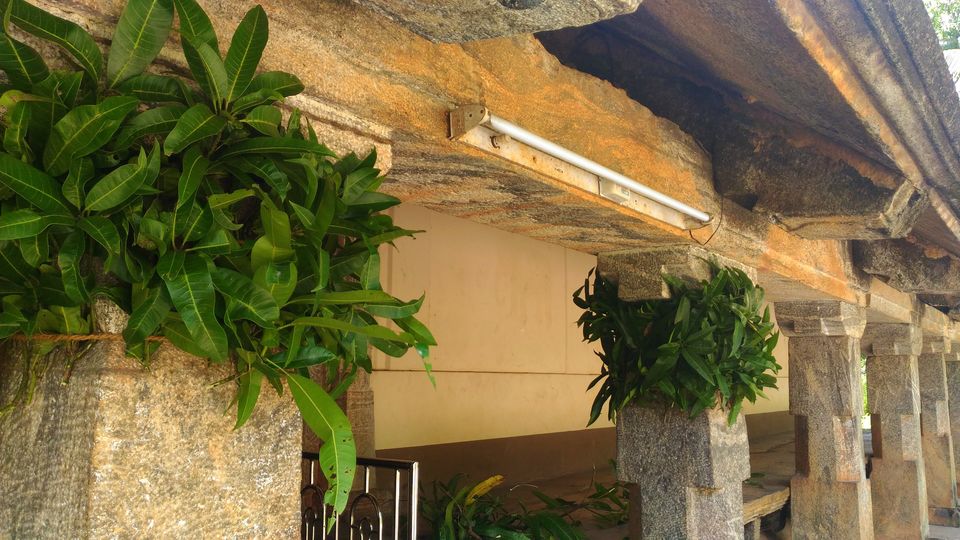 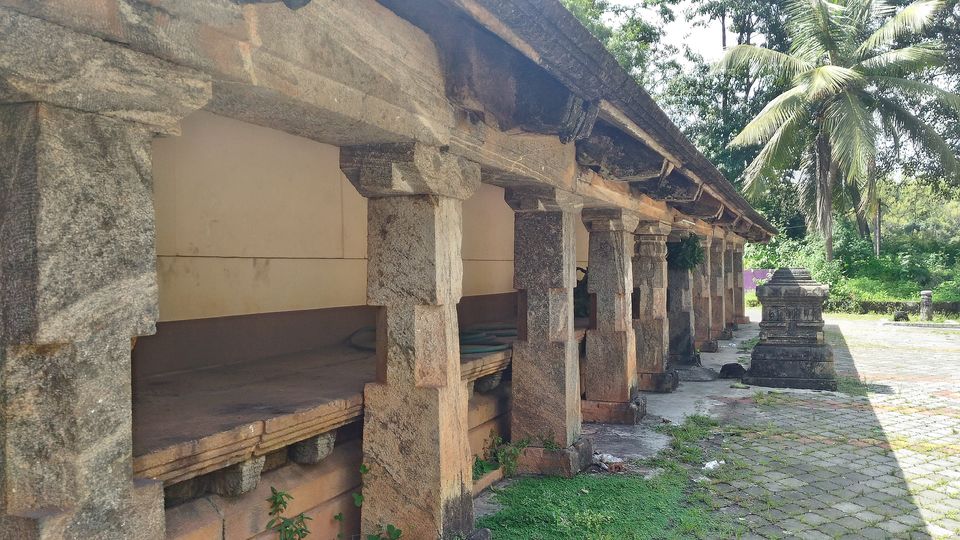 Unaware of any other monument in the village we opted to have a break of lunch. We were hungry as well. I recollected of a small old hotel opposite the Barkur bus stop and so we walked back there. We visited a Someshwara temple on the way. The hotel was really an old one with worn-out veneer. We could not see anyone in the hotel except an old man reading newspaper. Unsure of whether it was really a hotel, we asked him whether we can get food. Giving us an assurance he asked us to occupy seats under a ceiling fan. He had a small kitchen inside and he headed in to get us the food which was ready. We washed our hands and occupied the seats. He placed a banana leaf on the table. I was very excited to have food on those banana leaves. We sprinkled water on the leaves and cleaned them with our hands. And here comes our homemade traditional Karnataka food -boiled rice, sambhar, saar, pickle, a dry vegetable, curd and buttermilk. A full meaI ;-) The food was tasty as it looked. The hotel owner started a conversation with us in Kannada. Masroora replied him as she could understood a little of Kannada. He told us that this hotel was around 43 years old. How ancient it was too! 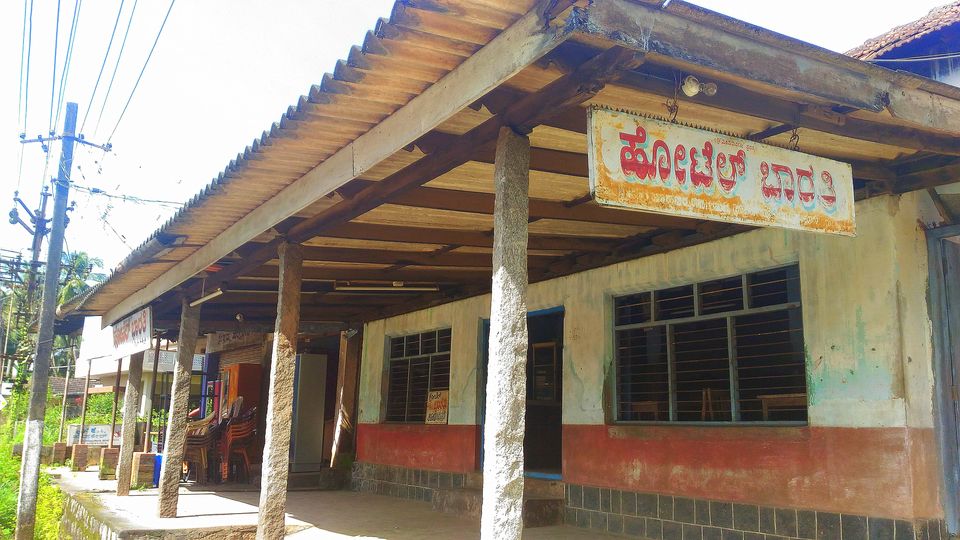 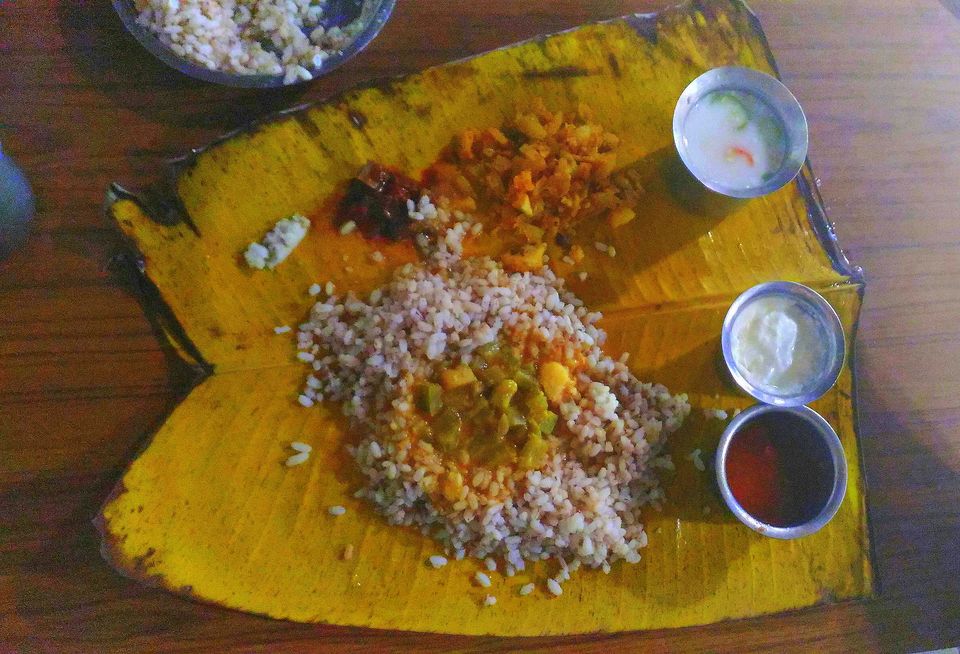 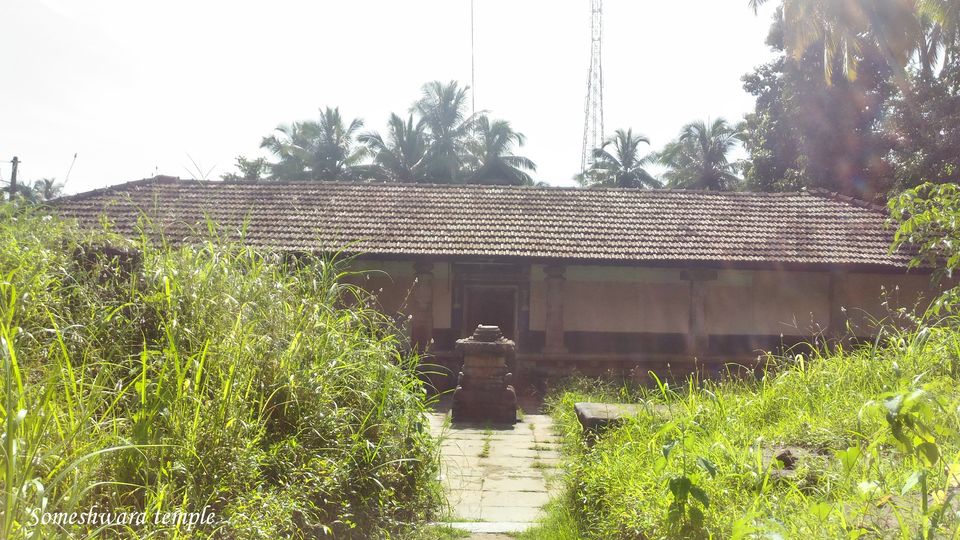 We visited two more temples on our way to the bus stop. Shree Ekantheshwari temple and Kalikamba temple. At the bus stop, there was a stall of flowers for the festival. We could not take our eyes away from the vibrant colours of the flowers. The Kalikamba temple was crowded with devotees. There was a traditional kannada music being played. Two statues of Yaksha were placed at the gate. The temple was decorated and appeared colourful. We entered and found a Shiva temple temple. The devotees were kind enough to ask us for lunch. There was a hall besides where two girls were performing classical dance – Bharatnatyam in their traditional dance attire. We took an opportunity to see the dance. After the dance, we finally decided to return back to Udupi. 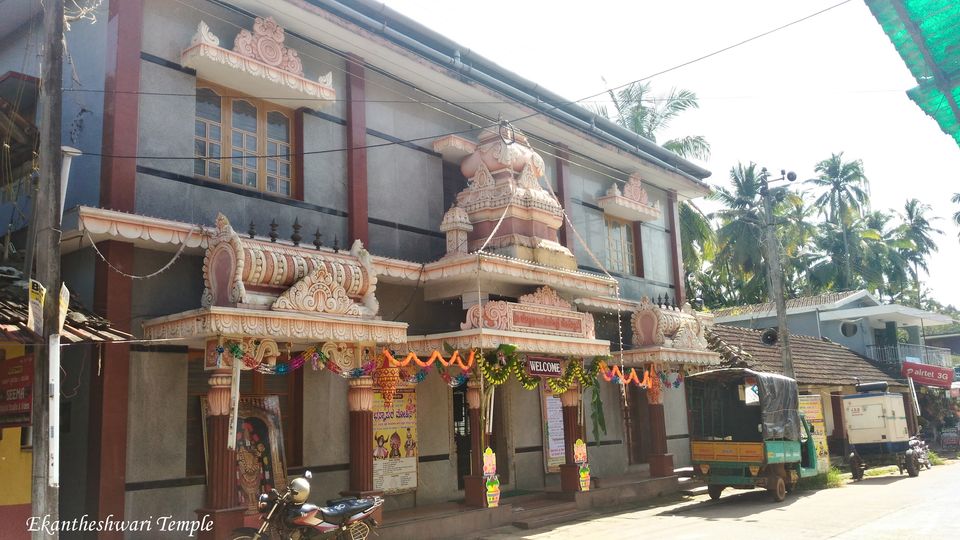 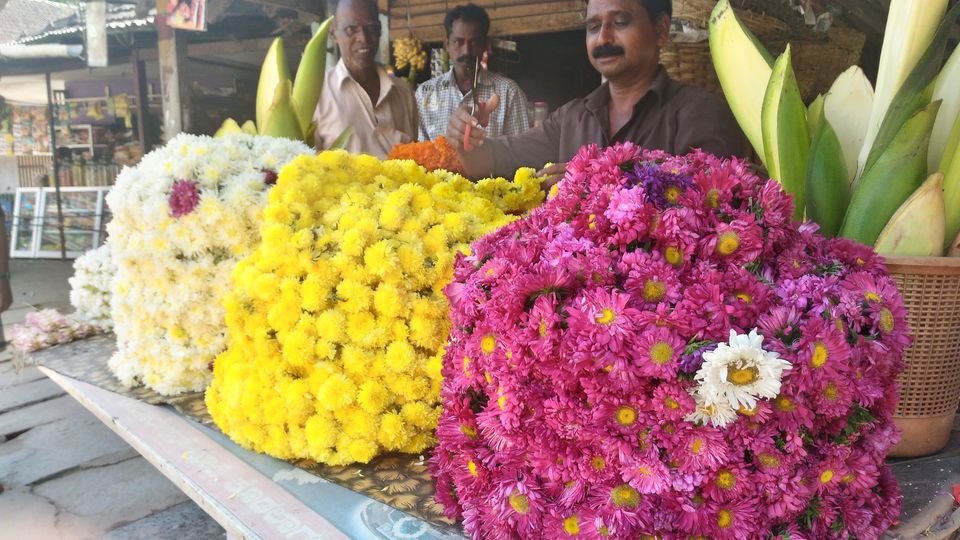 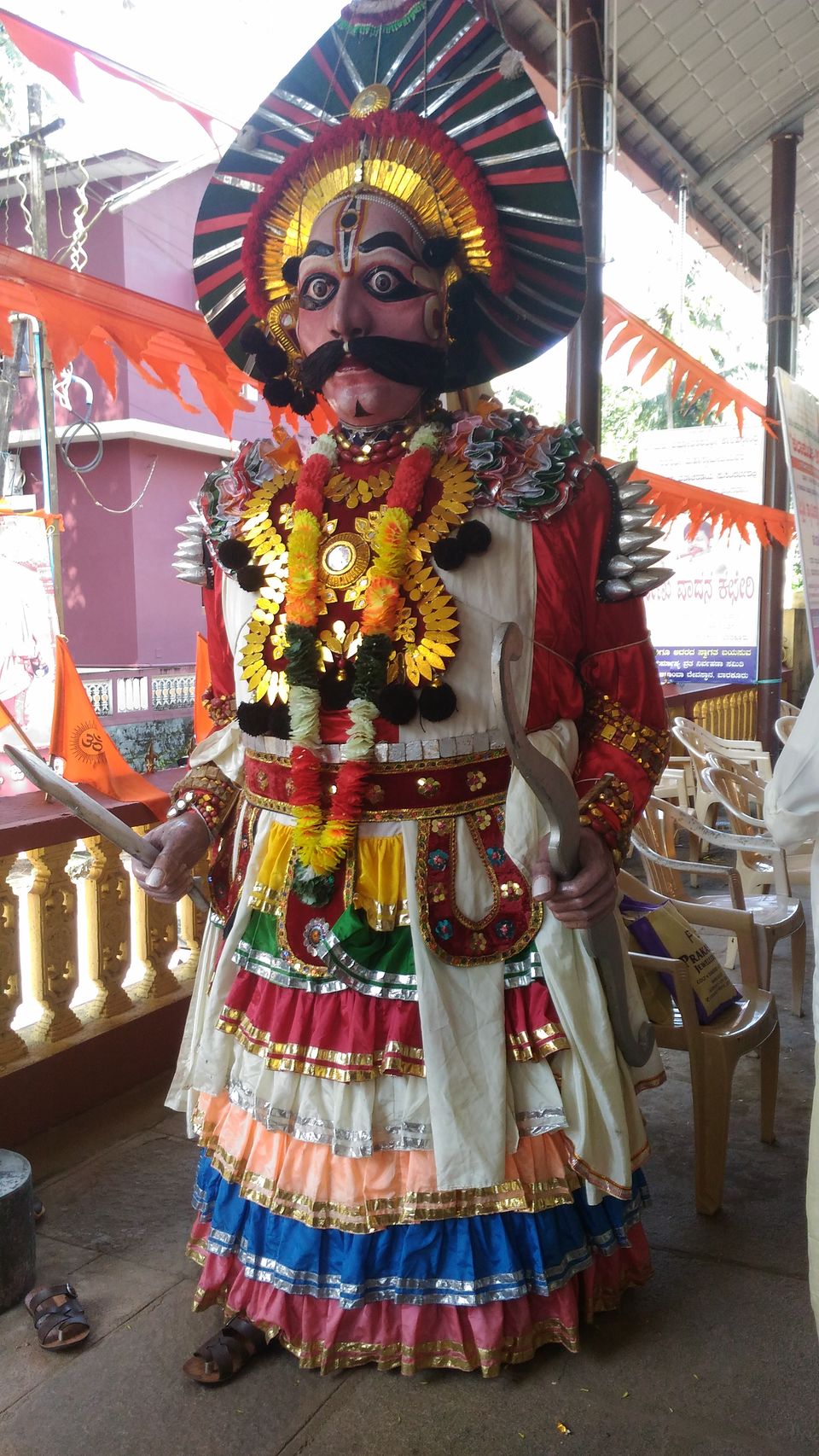 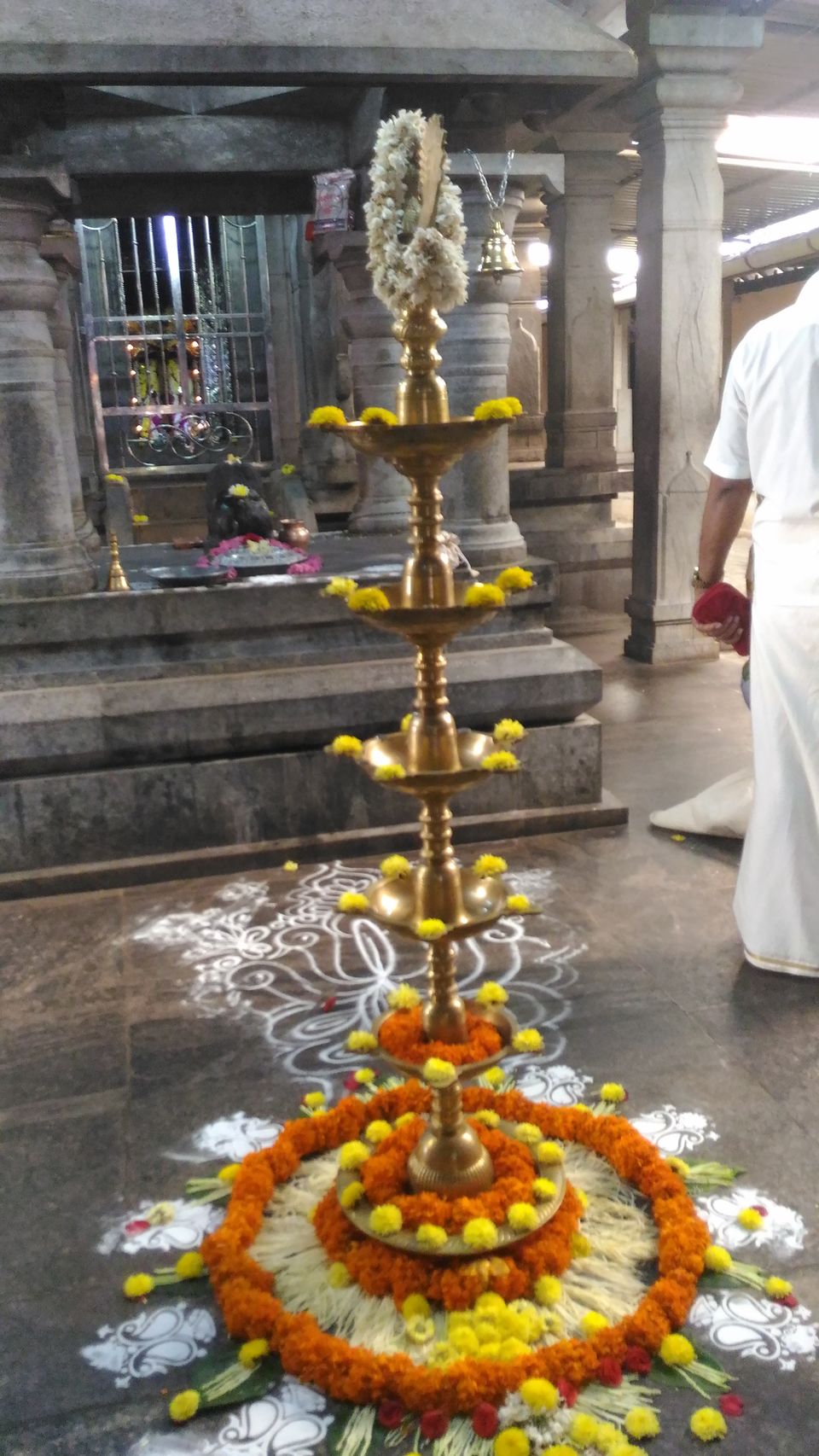 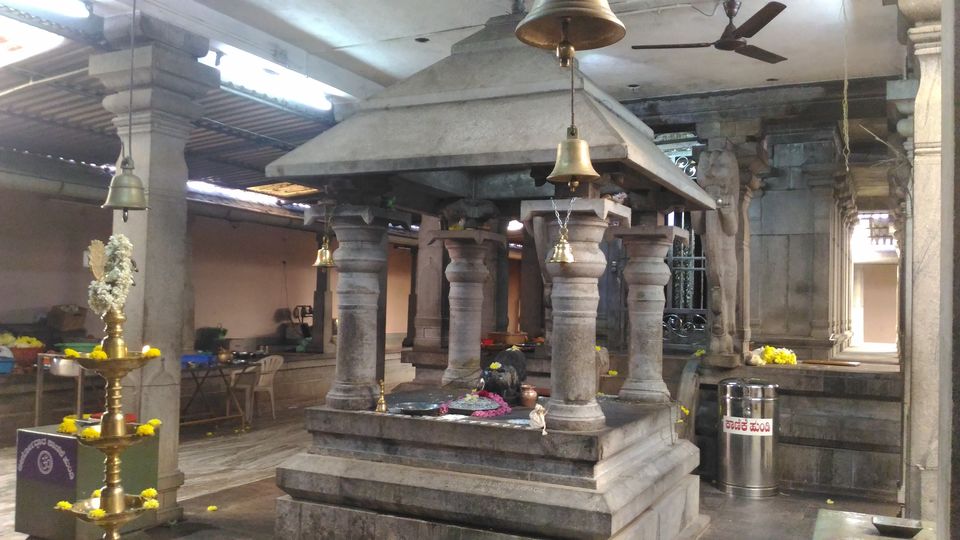 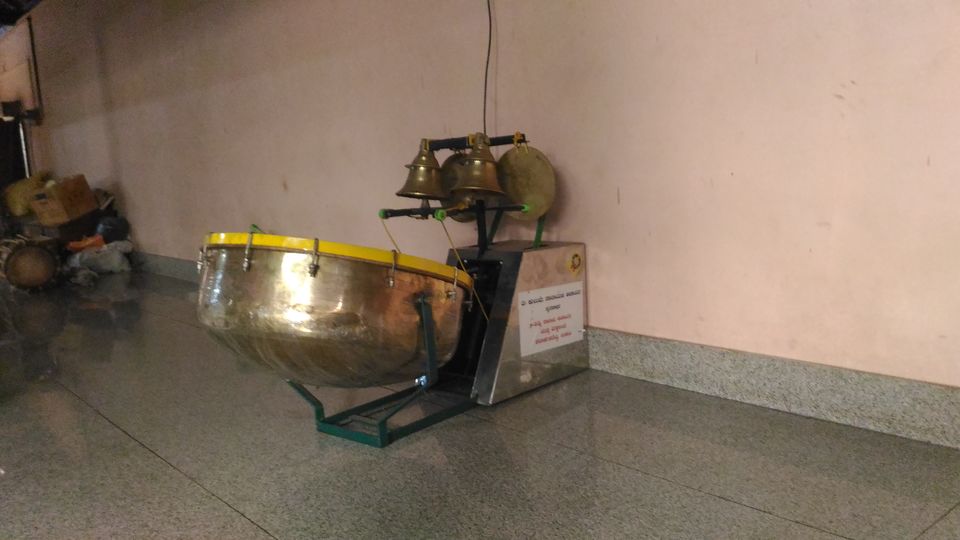 Around 1630 we boarded a bus for Udupi. On the way we visited Shree Krishna Mutt and returned back to Manipal.