Exploring Mysore in a day! 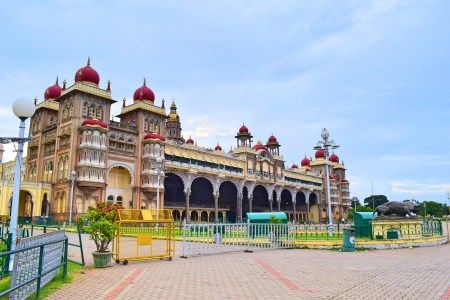 So I had these non refundable flight tickets to Bangalore for an event which got cancelled at the last moment. What do I do, I thought to myself. I was left with two options, either to cancel the tickets or to go solo. And yes, you've guessed it right! I chose the latter.

After a sleepless night full of excitement about the trip and fear of missing the early morning flight, I finally made it to the airport on time. Right outside the Bangalore airport terminal, my 'flybus' to Mysore was waiting at the KSRTC bus stop. Cutting through Bangalore traffic and crossing patches full of rain water, the bus was finally on the Mysore highway. The road to Mysore passes through various towns which makes it necessary for the driver to keep the speed under control. The journey was getting boring after 3 hours but as the bus reached Srirangapatna, the excitement was back.

I was back in this royal city aka the cultural capital of Karnataka once again after 20 long years. The trip was impromptu but the plan was in place. The first leg of the trip was to check in to this cool backpacker's hostel, The Mansion, 1907 which is situated hardly a kilometre away from the bus stand, I quickly prepared a list of places that could be covered in the little time I had. I found an auto-rickshaw with the help of hostel's housekeeper, who would take me around the city.

Yoga Galley of The Mansion 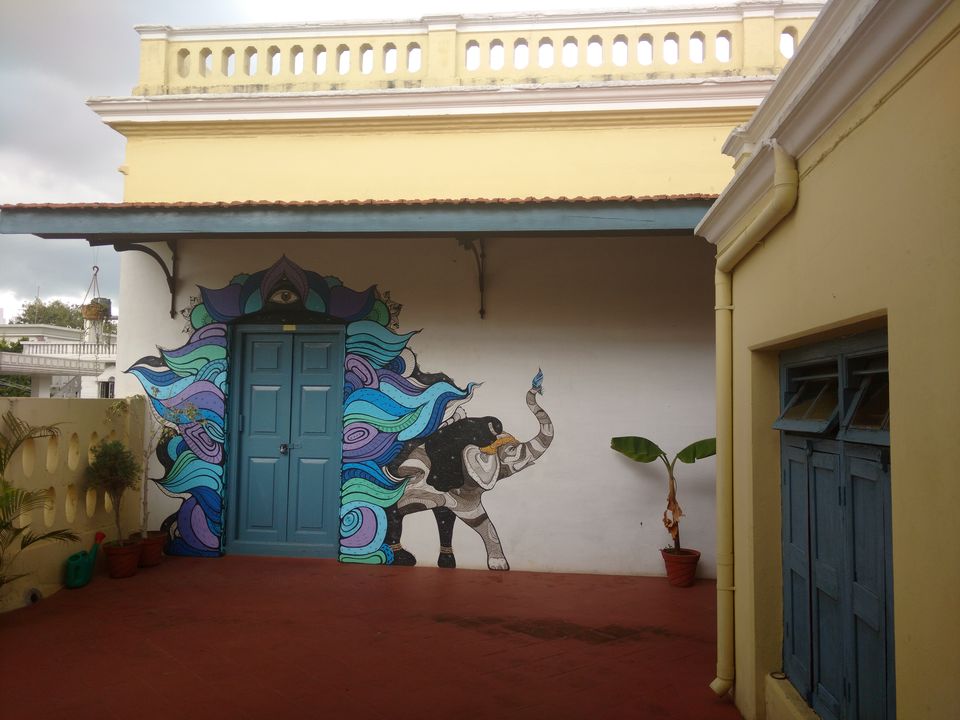 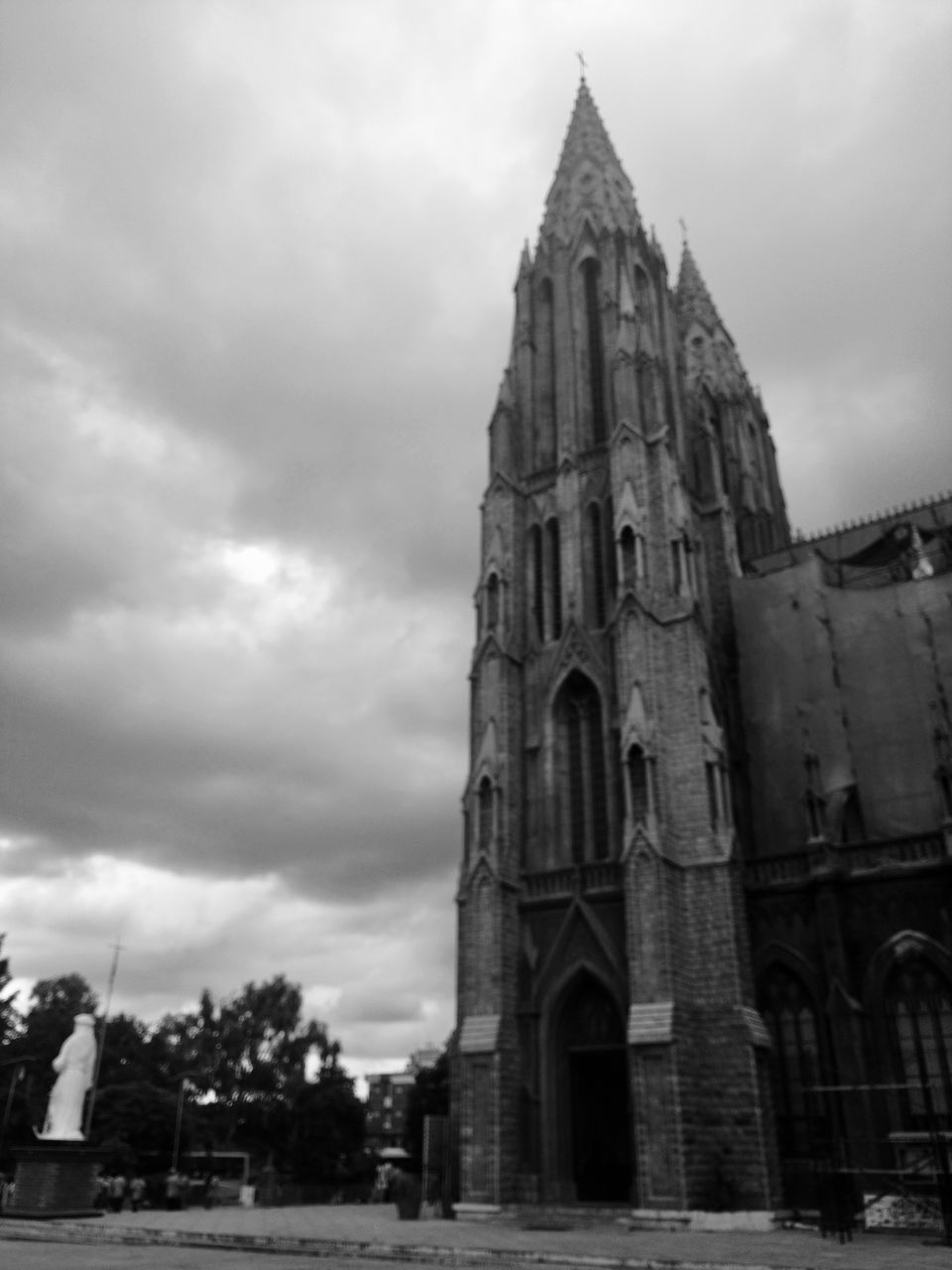 St. Philomena's Church, The epitome of Gothic Architecture in India 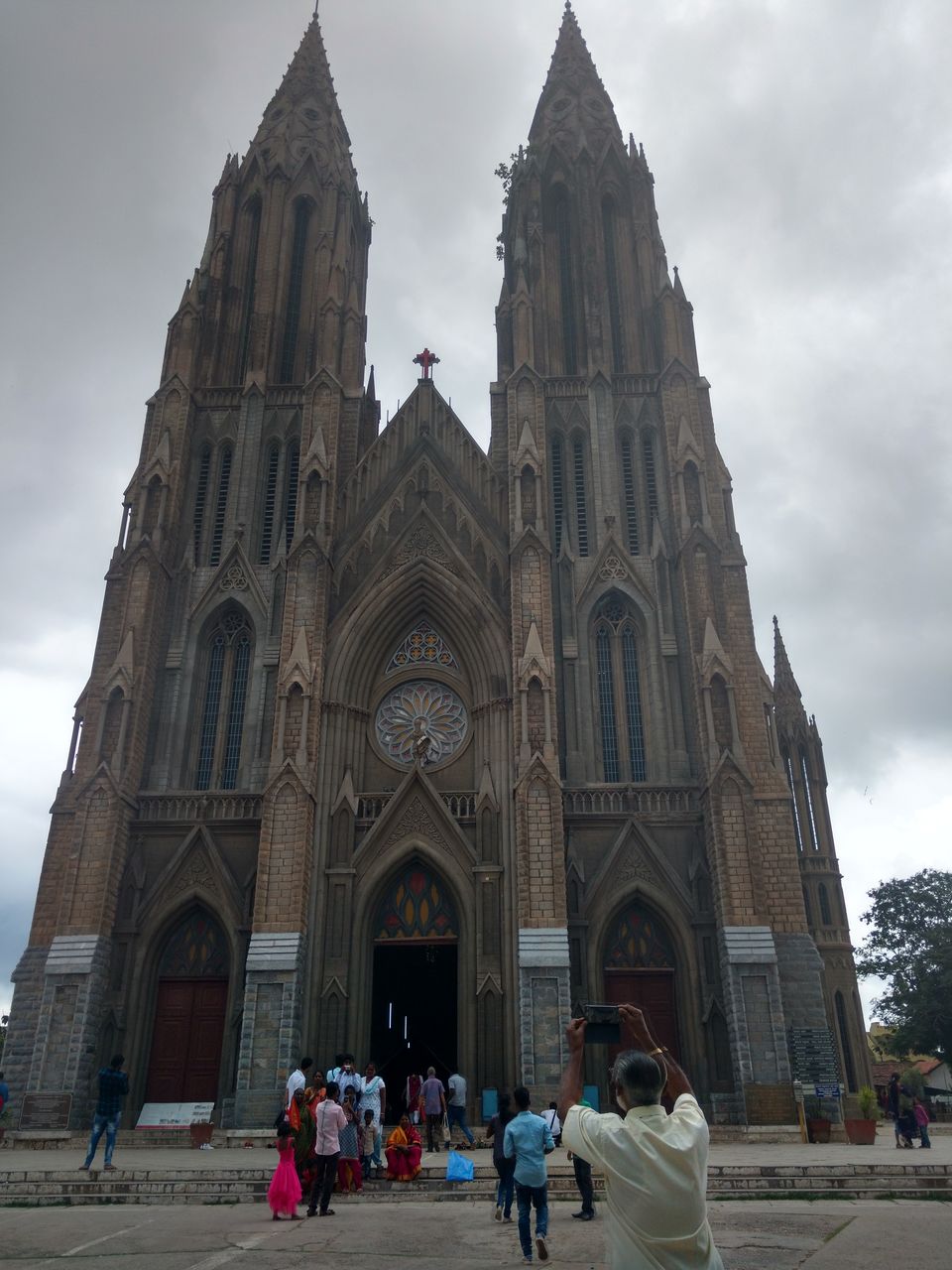 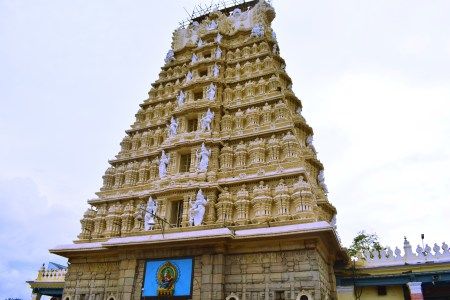 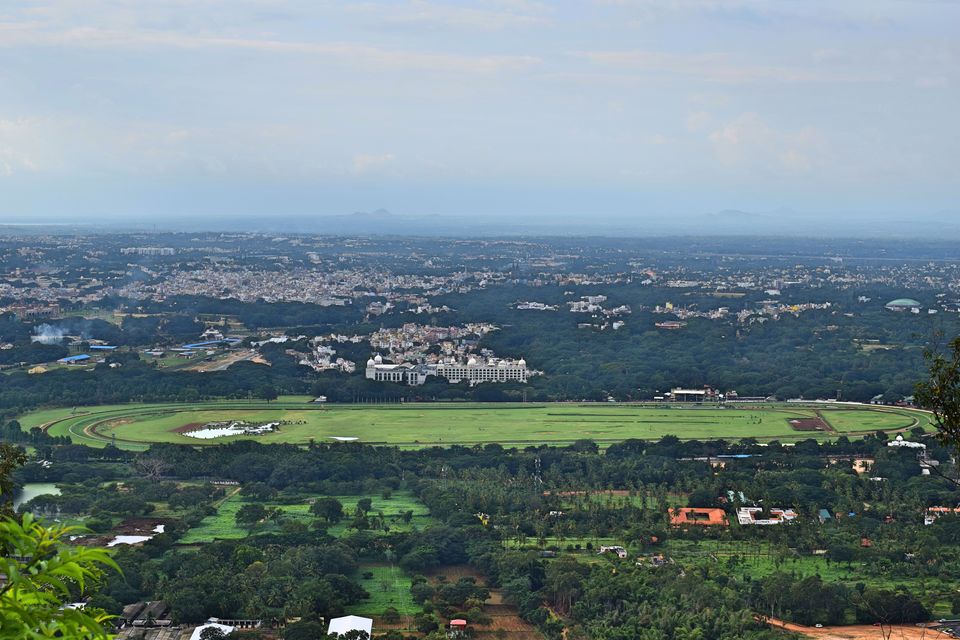 Statue of Mahishasura at Chamundi Hills 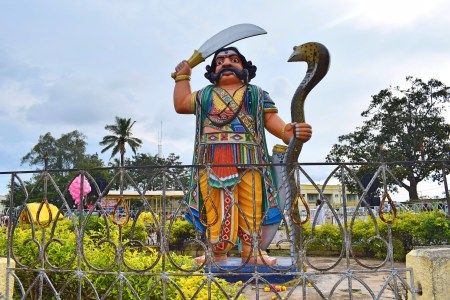 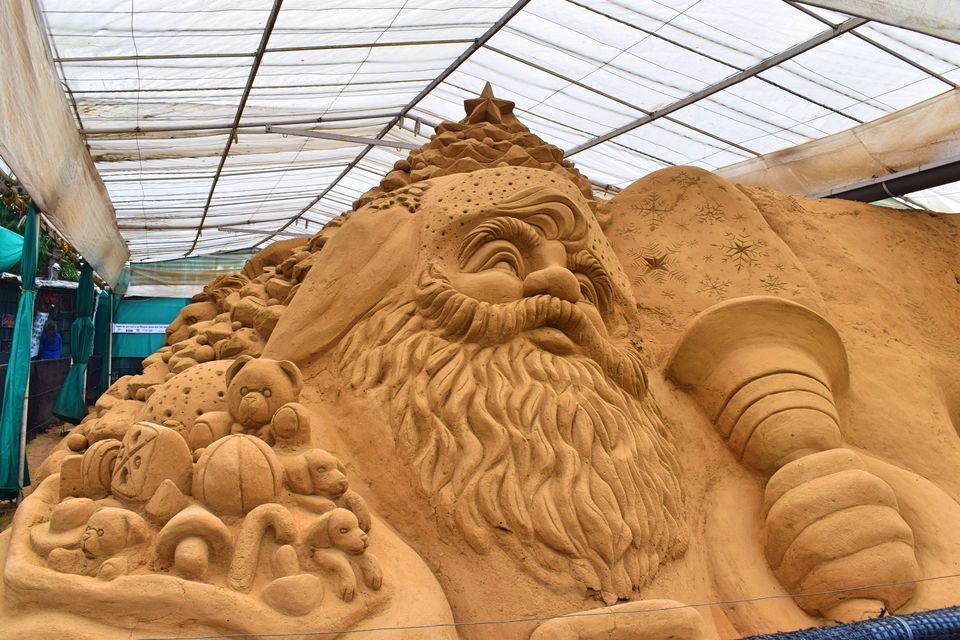 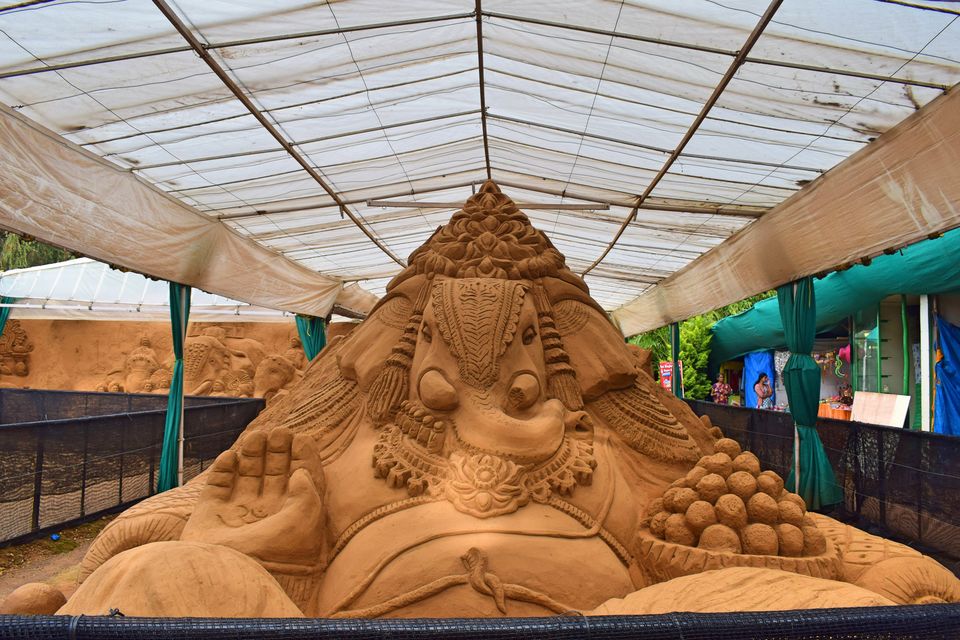 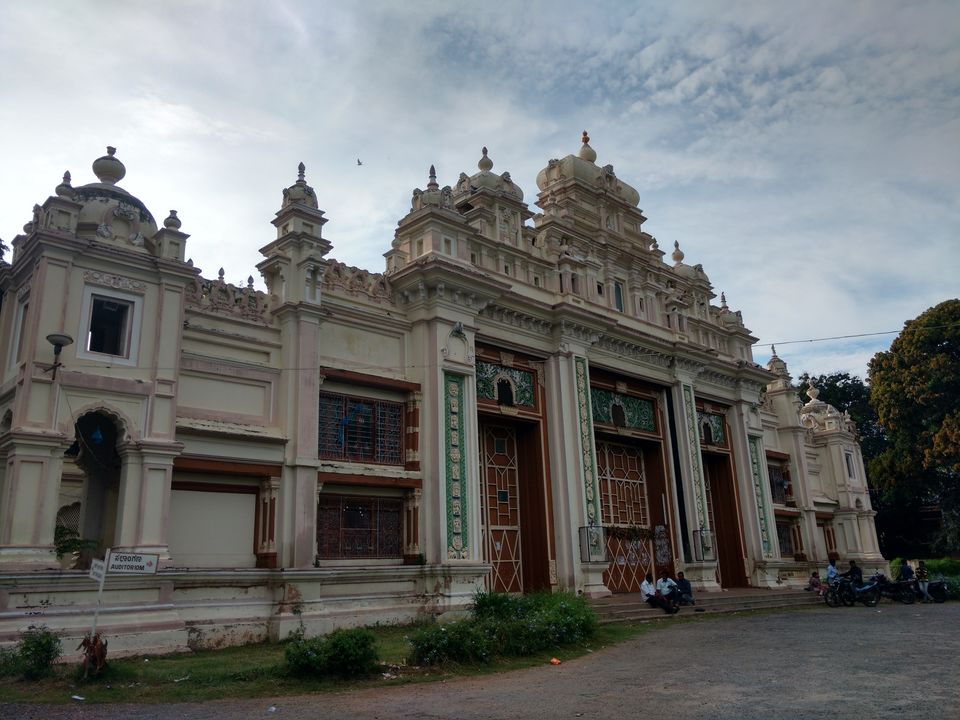 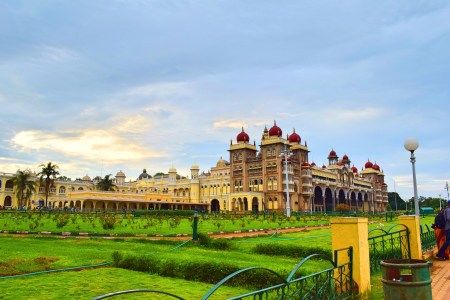 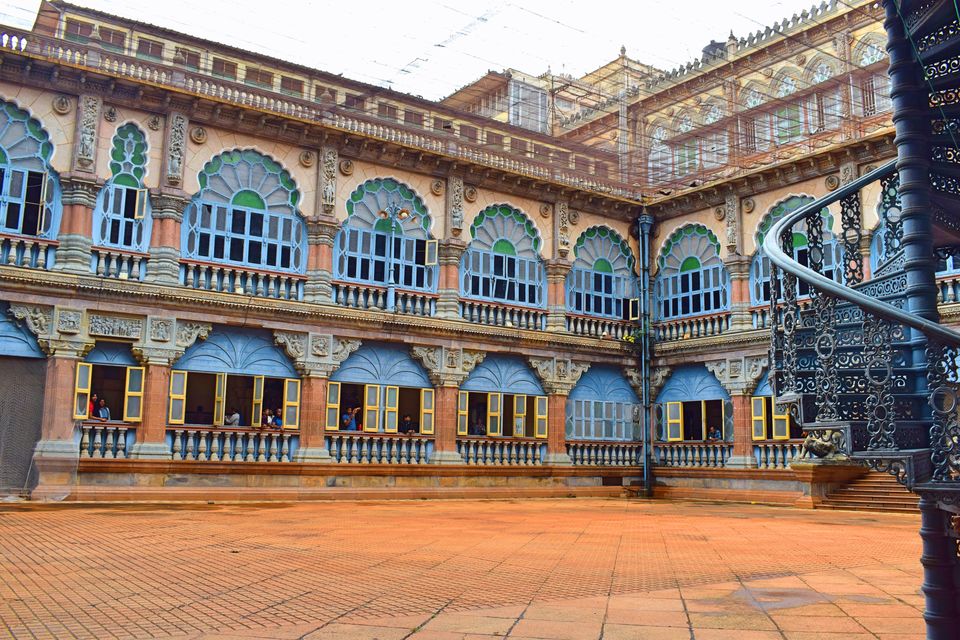 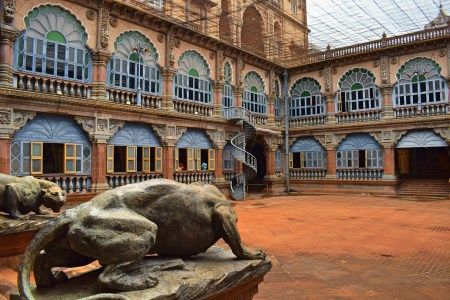 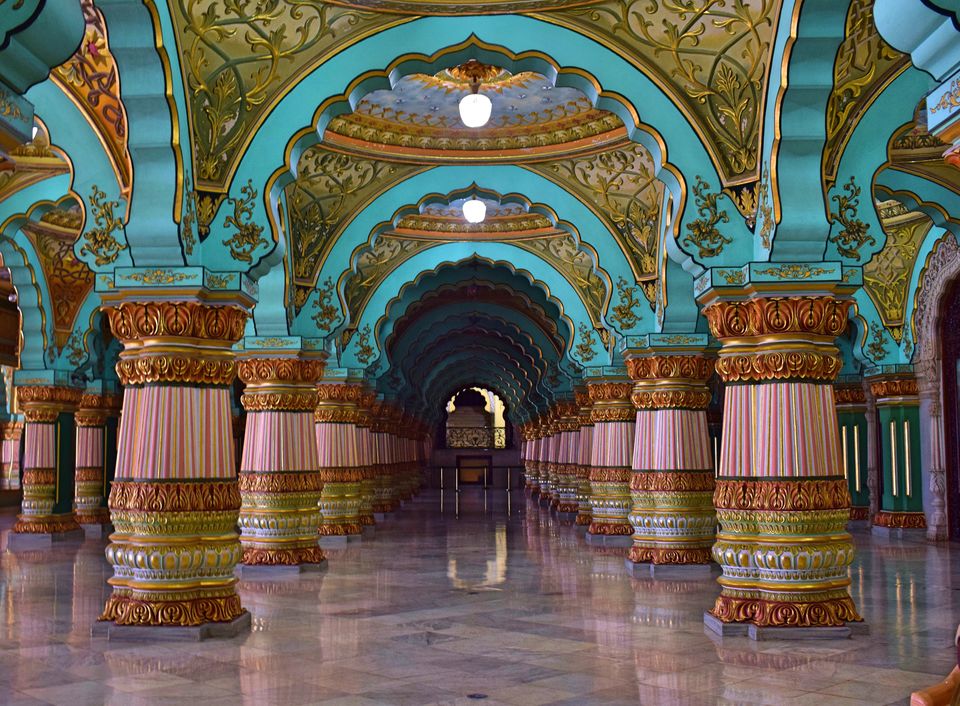 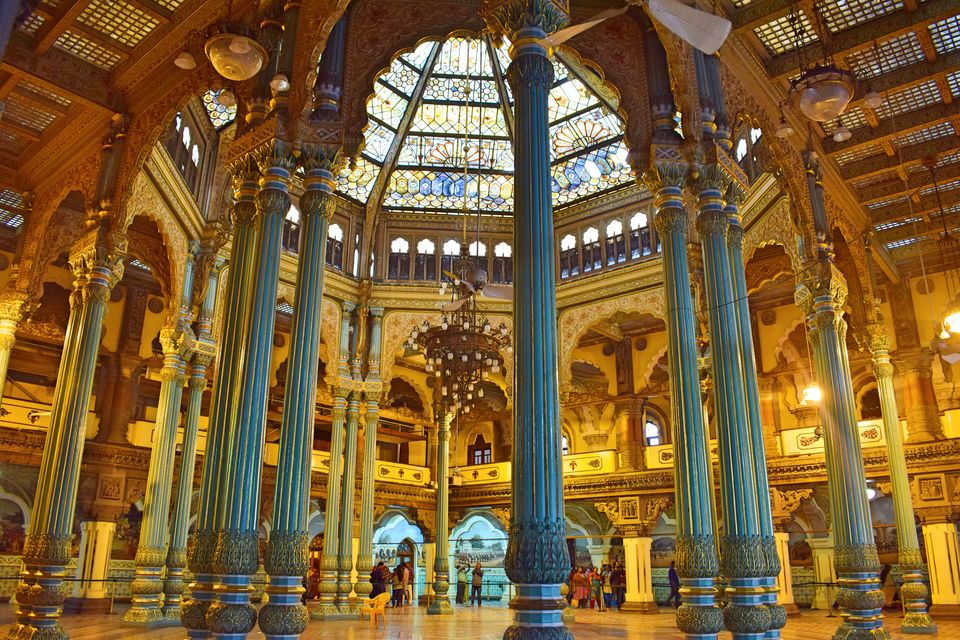 My first pitstop was at St. Philomena's church which is one of the oldest churches in South Asia and is known for its Gothic style architecture. Clicking pictures of this church was quite difficult considering the height of the building. But after literally lying on the floor at a distance, I managed to click few pictures of this epitome of architecture.

After quickly finishing up lunch, I set out to Chamundi Hill which is about 13 km away from Mysore city. 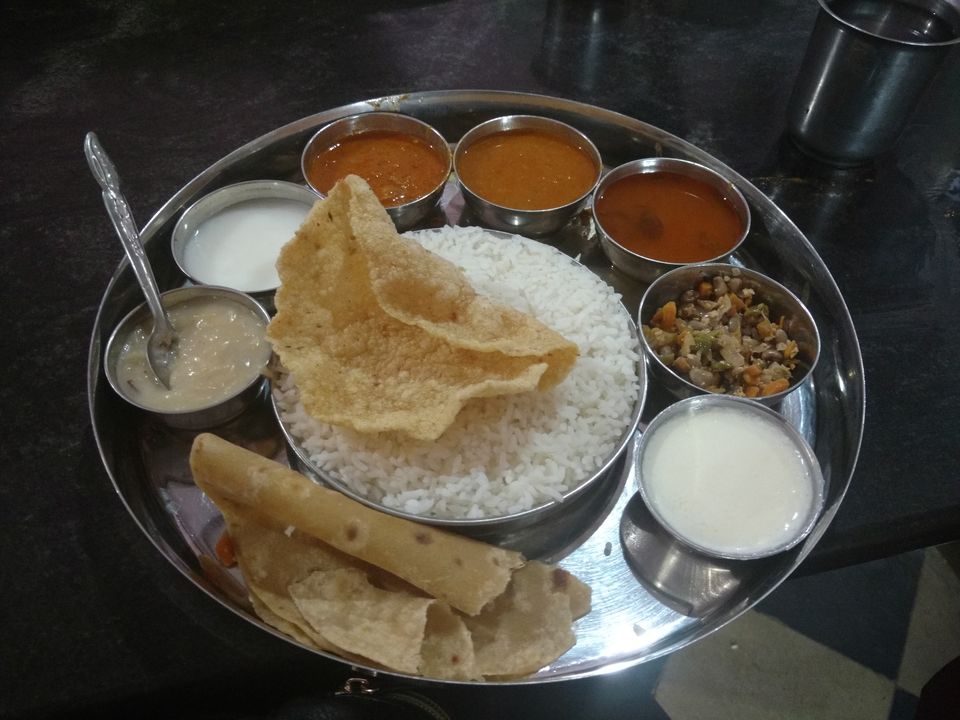 From the top of the hill, an aerial view of the entire Mysuru city can be seen. It is famous for Shri Chamundeshwari Temple of Shri Chamundi or Durga which is the tutelary deity of Mysore Maharajas. The temple was overflowing with devotees and I was running short of time so I decided to buy ticket of express queue for 100 bucks. Within 15 mins I was done with darshan and was out of the temple clicking pictures.

While getting down from Chamundi hill, I took a detour to the famous Nandi (holy bull) of Mysuru. But to my disappointment, the statue of Nandi was under renovation and the place had become a hideout for the couples. So, I decided to head to Mysore Sand Sculpture Museum, which is basically a collection of various types of idols made of sand that portray various religions and festivals of our culturally diverse country.

By the time I reached Jaganmohan Palace, which is also an art gallery, it was 5:00 pm and I decided to skip taking the tour of the art gallery and quickly proceeded to Mysore Palace.

As I reached Mysore Palace, the memories of my last Mysore trip (that I took 20 years back) came back to me like a fresh breeze. So many things about this place had changed and so many were still the same. The palace is surrounded with a large garden and is under strict security. The beautiful walls, silver doors, chandeliers, the artwork made on the ceilings and pillars, etc. inside the palace took me back to the era of royalty. I wondered how much effort must have been put in to make this exemplary structure of art. As I stood in front of the palace admiring its beauty, I didn't realise that it was closing time and the guards had started pushing people outside the premises of the palace. Since, it was Saturday, the palace was not going to be decorated with lights at night which of course was a disappointment. 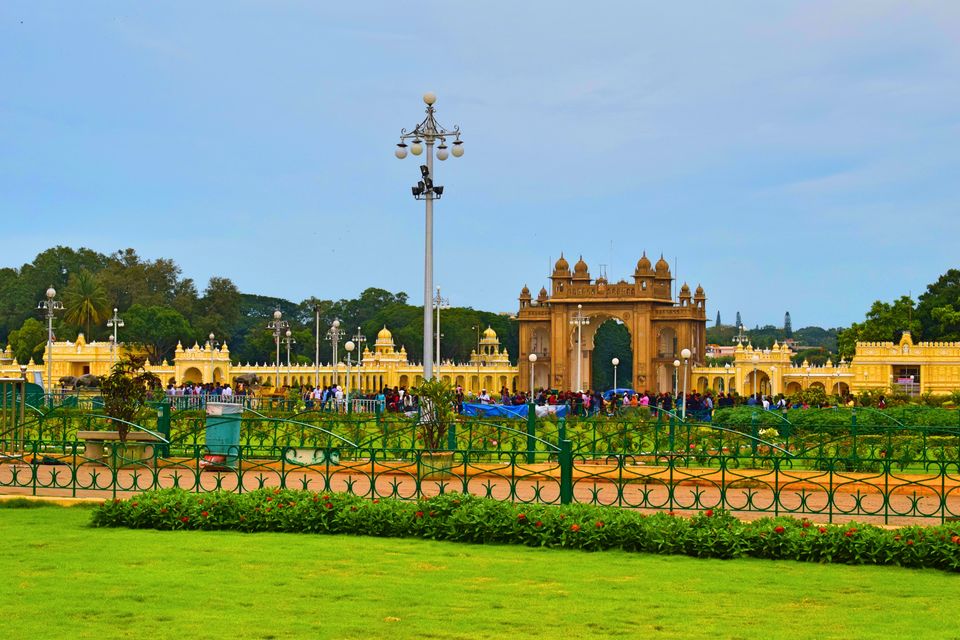 As I sat in silence, sipping on hot coffee, my thoughts were swinging through the day with the swing I was sitting on. The places I had visited through the day had taken me down the memory lane and the nostalgia was hitting hard, in a pleasant way.

But the day was not over yet and I was yet to try the famous Mylari Dosa at Vinayaka Mylari. The speciality of this eatery is that the menu has only 3 options, viz. sada dosa, masala dosa and filter coffee. Never had I tasted such a fluffy yet crispy dosa in my life, that too for 40 bucks only! I thought to myself that the best things in life come for such a nominal price.

The famous Mylari Dosa at 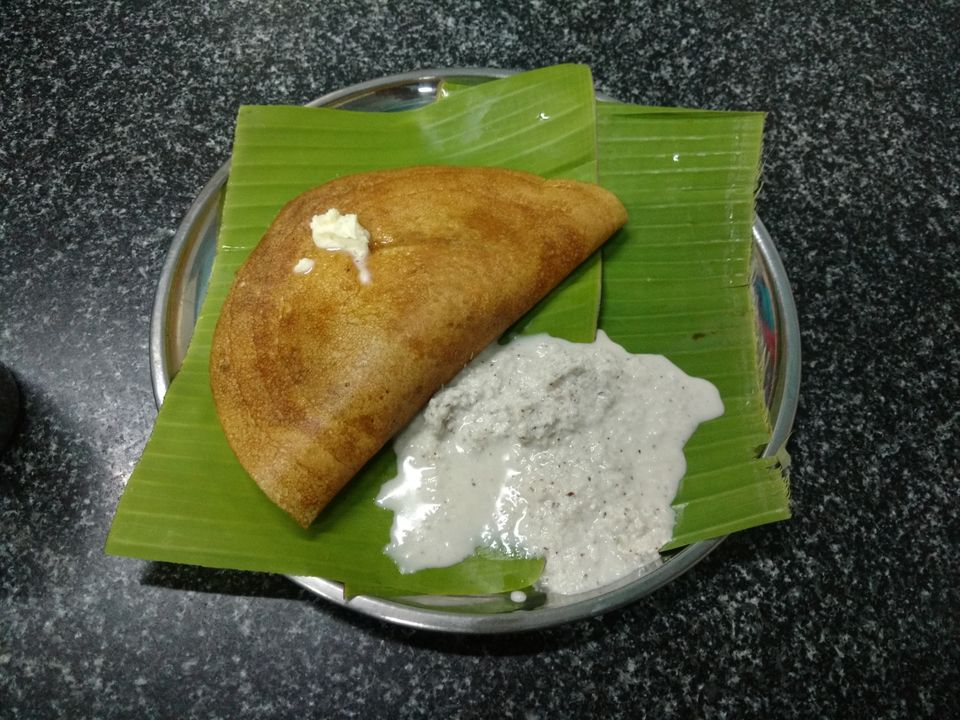 My next destination was going to be Guru Sweet Mart, which is the only place where you get the authentic Mysore Pak in India. The small window of the shop was blocked by customers but I somehow managed to get a piece for myself to taste. And let me tell you the taste was heavenly. The moment I took a bite of this sweet loaded with desi ghee, it just melted into my mouth. All these sweet shops that claim to make Mysore Pak are fooling customers all over India. If you really want to taste the real Mysore Pak then Guru Sweet Mart is the place to be.

The day was quite eventful and tiring but the feeling of being solo was liberating. The next destination was going to be Bengaluru for which I had to catch an early morning train.

My one day trip to Mysore had come to an end and I bid goodbye to this beautiful city thinking about how perfectly everything went. And that's when I realised that I had forgotten to give the room key back to the housekeeper and now it was too late to do that. So, I decided to keep the key as a memory of this impromptu yet fulfilling trip.