The Lure of Luang Prabang, Laos 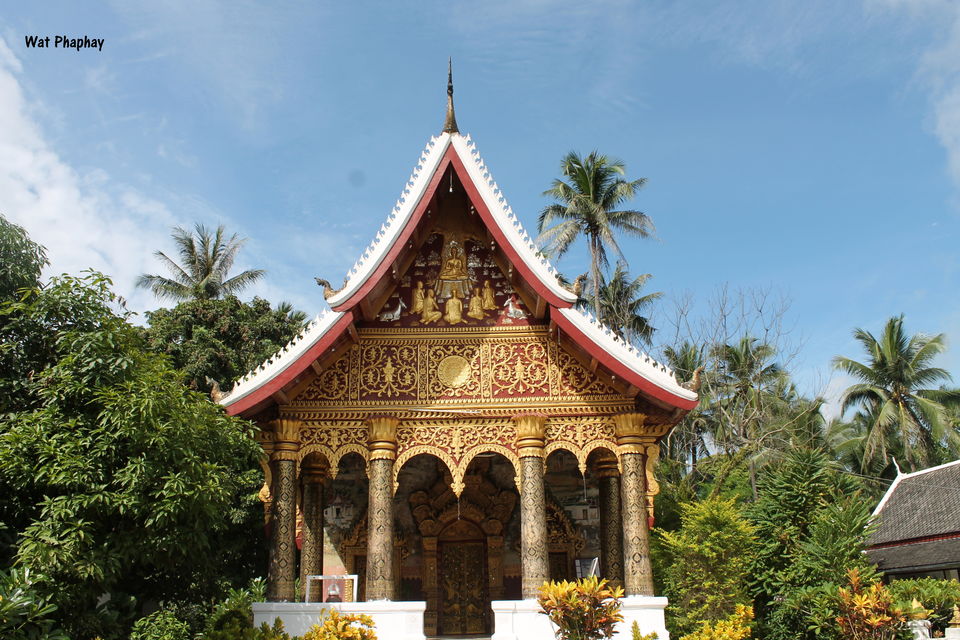 Nestled cozily between five countries, Laos is the least publicized destination in S.E.Asia. This little country was minding its own business with kings and vassals, and even the colonial intruders that was common in these parts, till it was inadvertently stuck in the middle during the Vietnam War. That war ravaged the country and stripped it of everything it ever had. Even today, there is a belt of land in eastern Laos that’s riddled with unexploded bombs and it is estimated that it will take a hundred years to clear them completely.

So what were we doing there, you ask? Tourism is a double-edged sword, but one of its perks is that it tries to preserve a location’s heritage, if only for a transit population. Luang Prabang is a UNESCO World Heritage Site for its magnificent row of Buddhist temples from five hundred years ago. Now throw in stunning natural sights in the vicinity and European style cafes that cater to the backpacker circuit that passes through here, and you have yourself a town worth its salt as much as the other gems in the region.

Join me for a photo journey through Luang Prabang!

We started the first day with a refreshing walk up Mt.Phousi at 6am. We were treated to glorious views of the Mighty Mekong on one side and the tranquil Nam Khan river on the other. All around, the green hills of the region enveloped us. 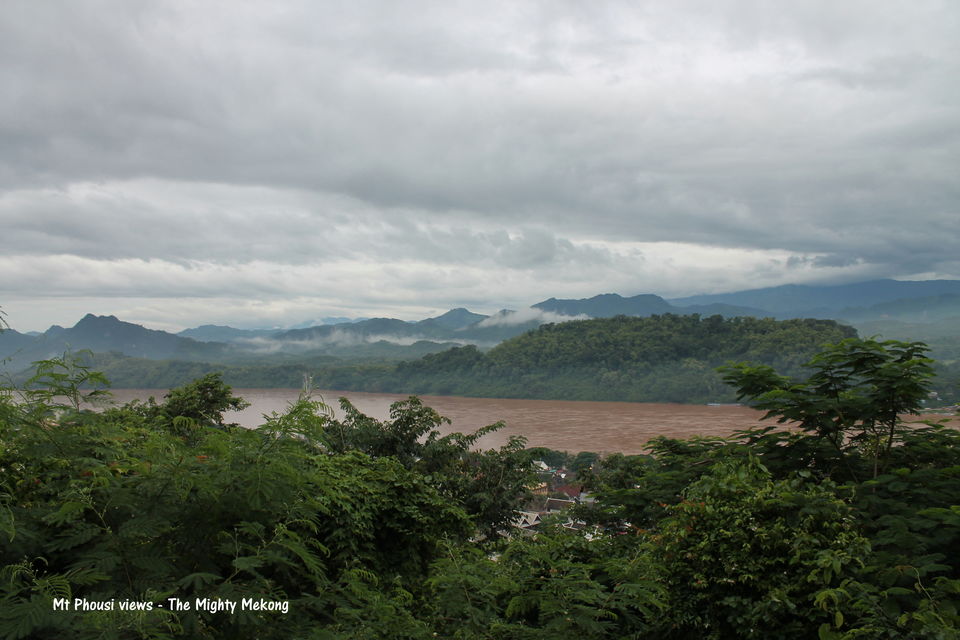 Coming back down the back route was very entertaining, with a lot of statues for company! 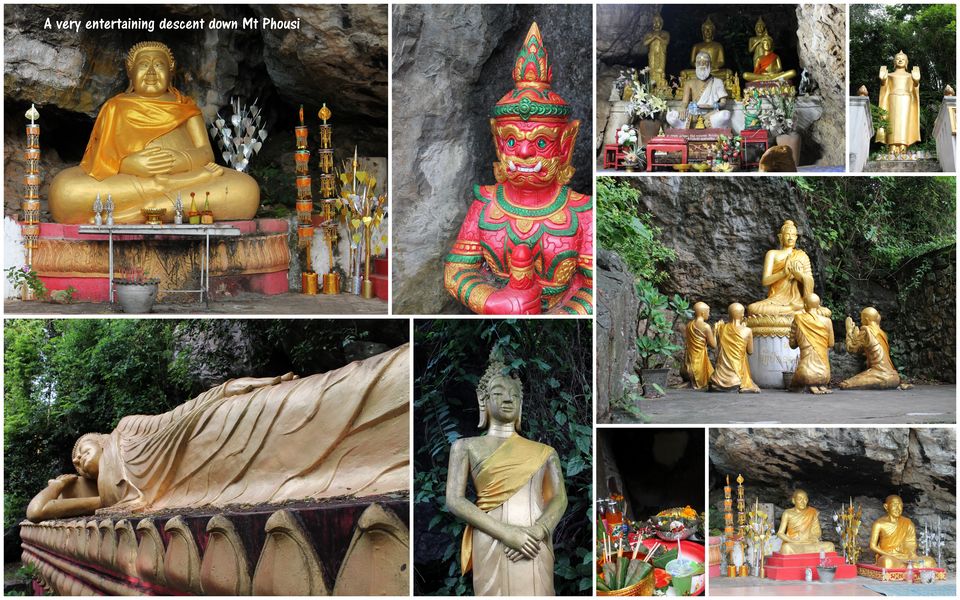 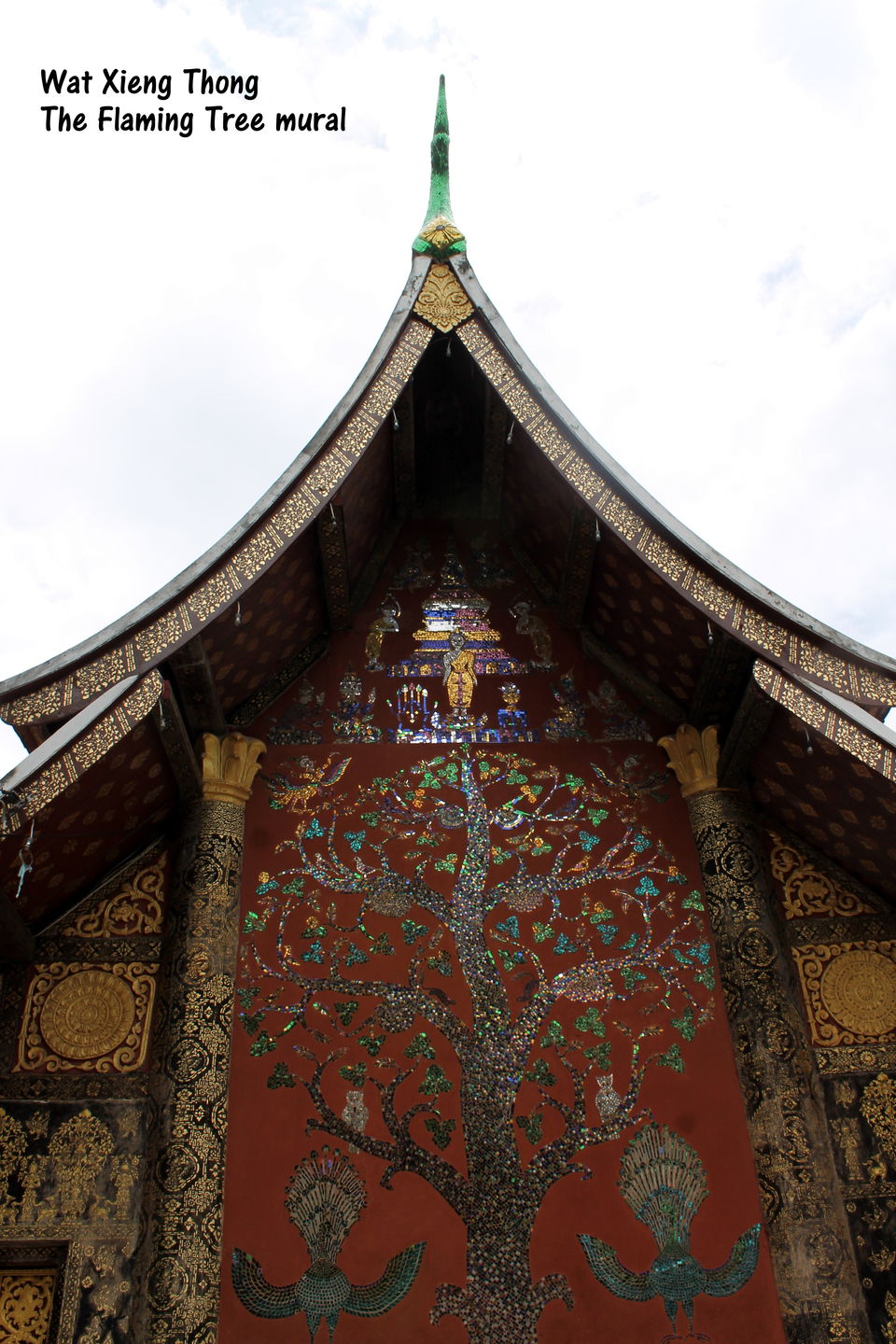 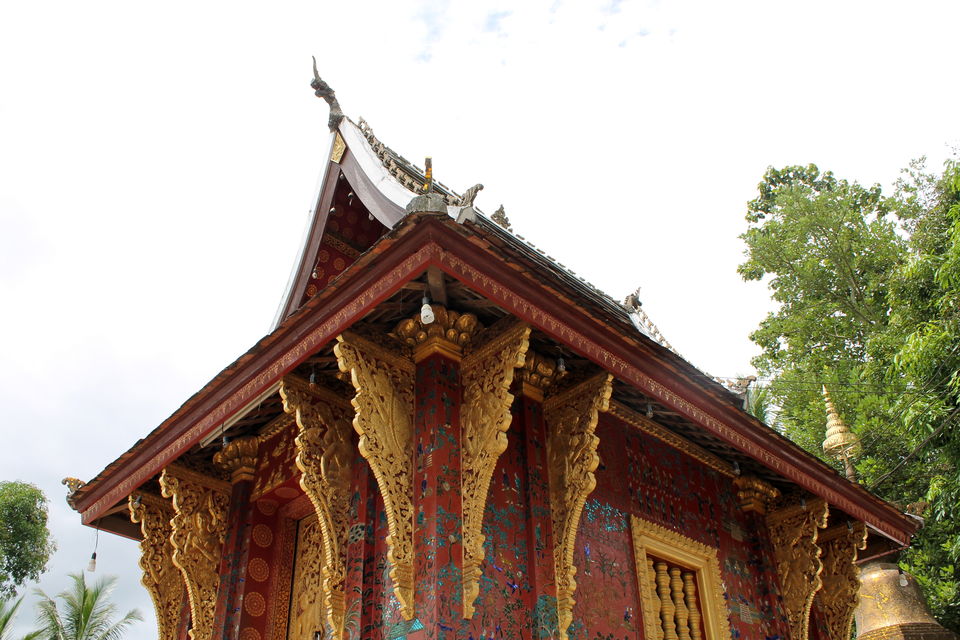 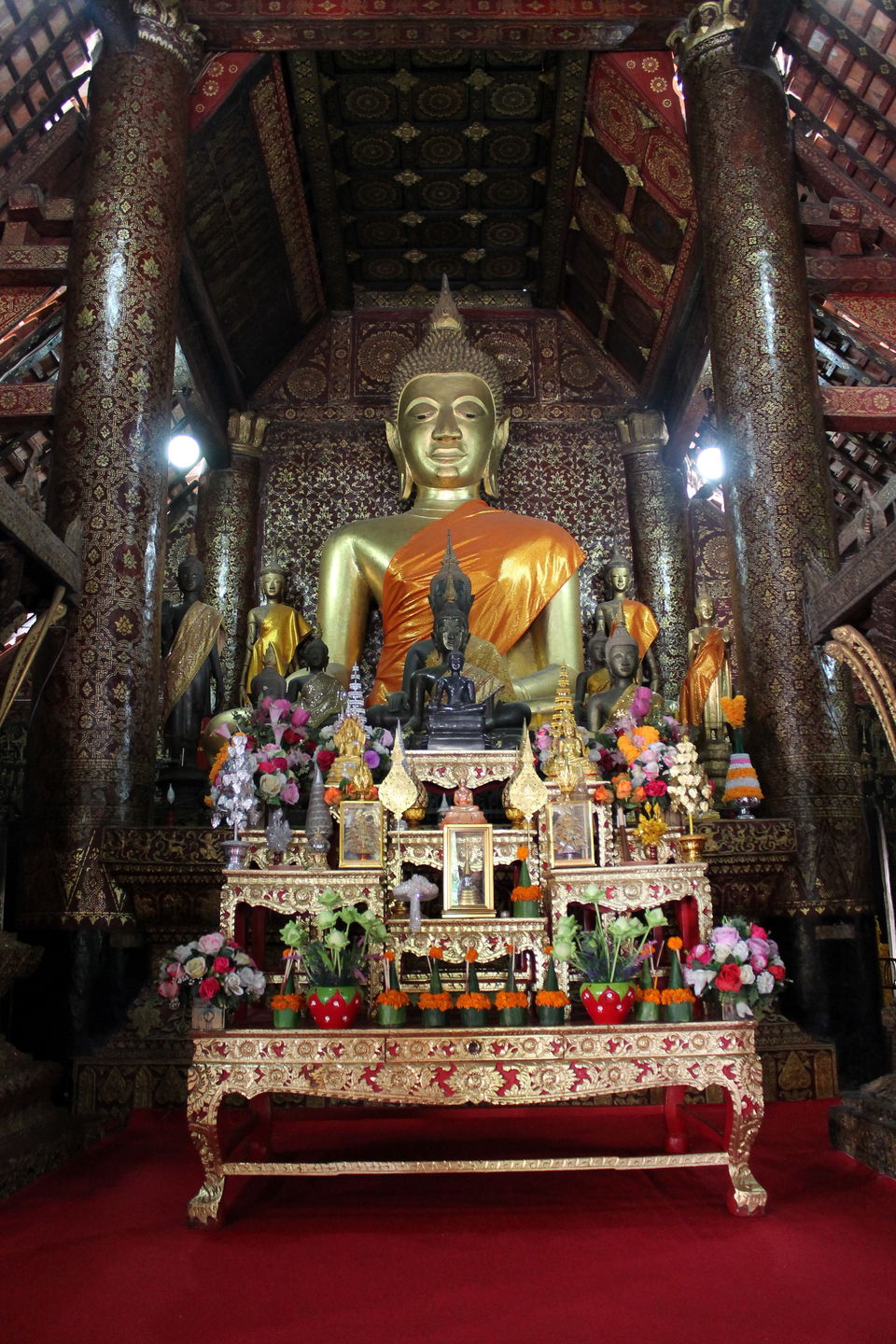 The Vegan Sampler - relishing ginger and galangal infused dips made of chilli, tomatoes, eggplant and coriander. 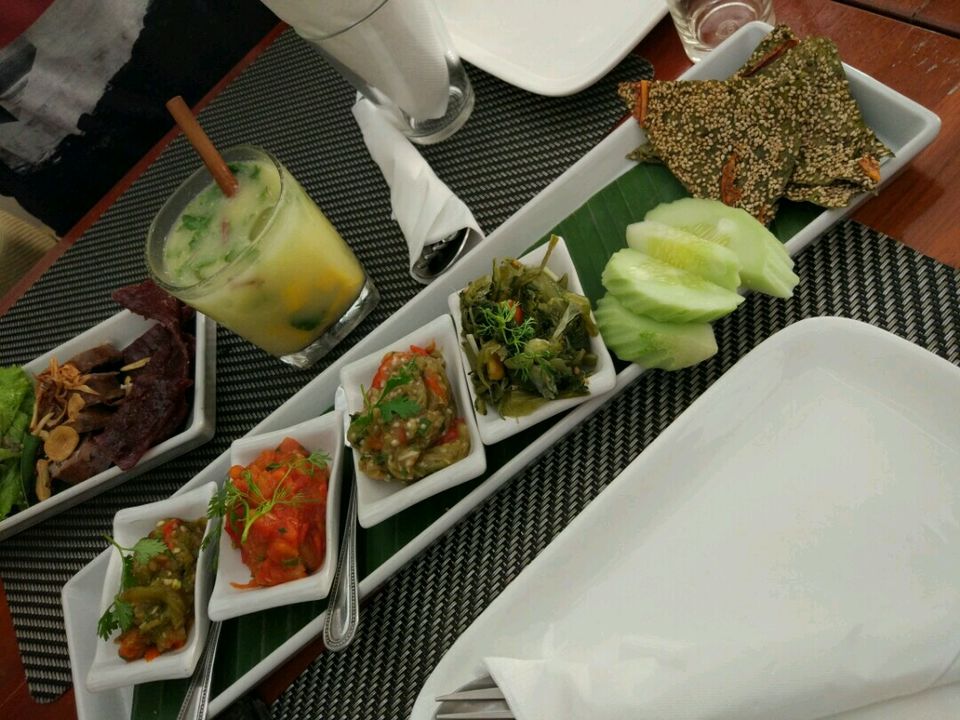 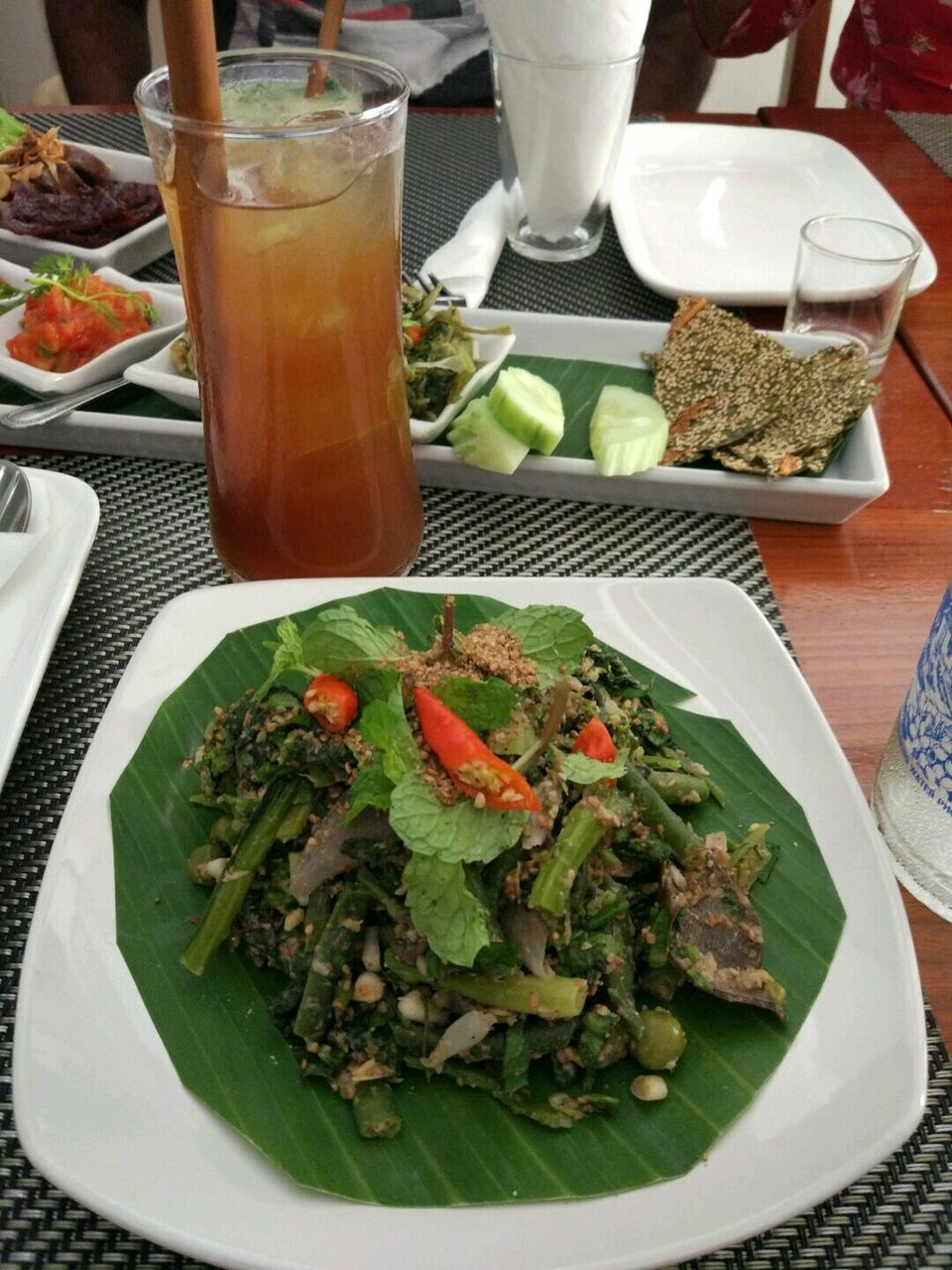 Boat ride on the Mighty Mekong to the Pak Ou Caves 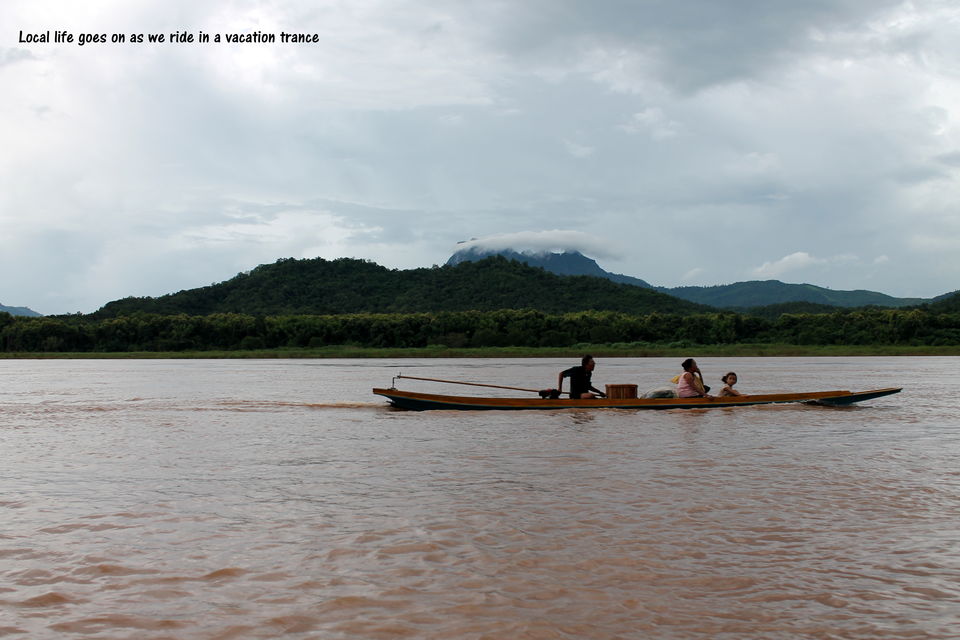 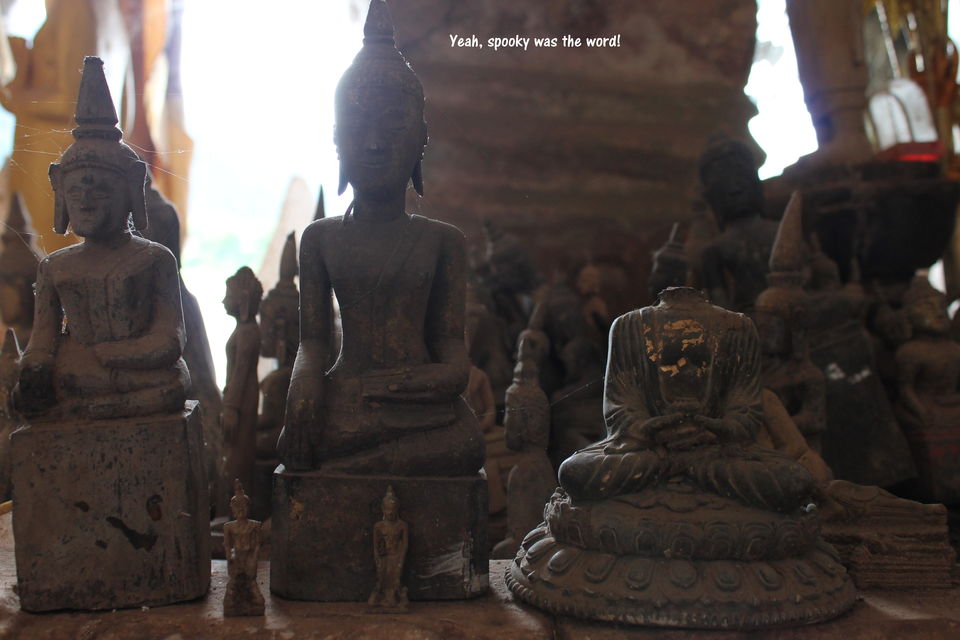 We went to this lounge just before it closed, but what an experience! There is an area that overlooks the Nam Khan river, so the best time to go is at dusk to soak in the whole experience.

Wat Aham by night. This town is intriguing even on a short walk at night :) 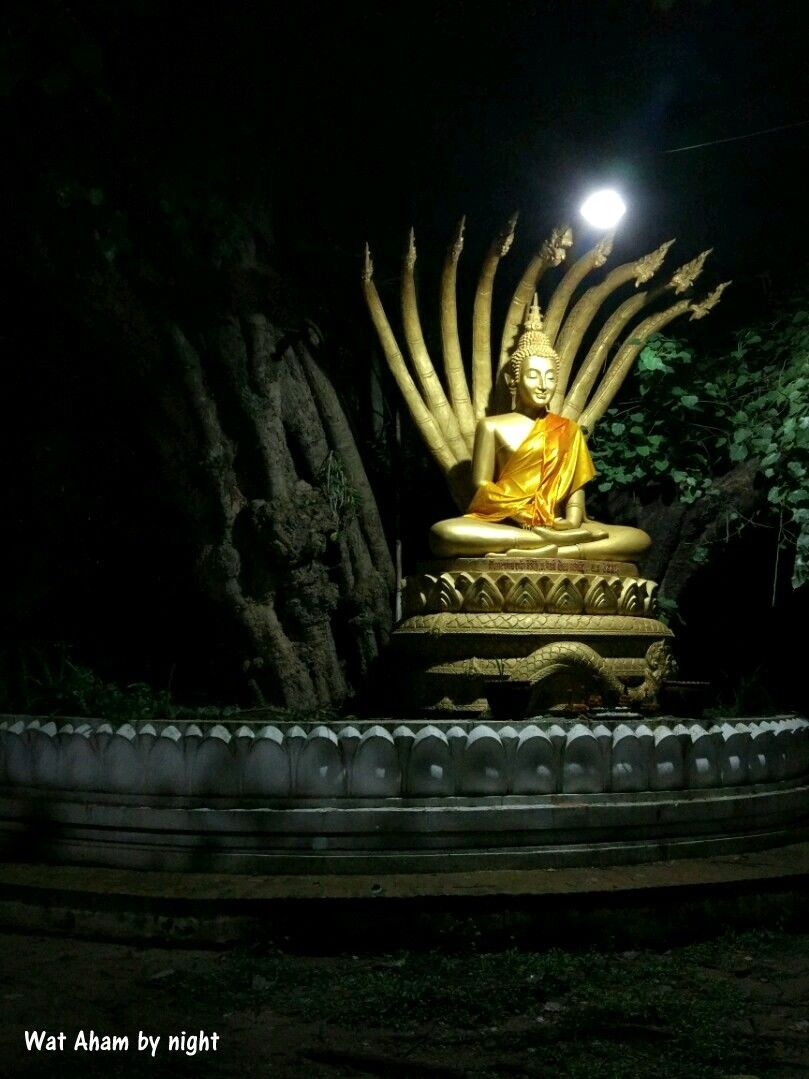 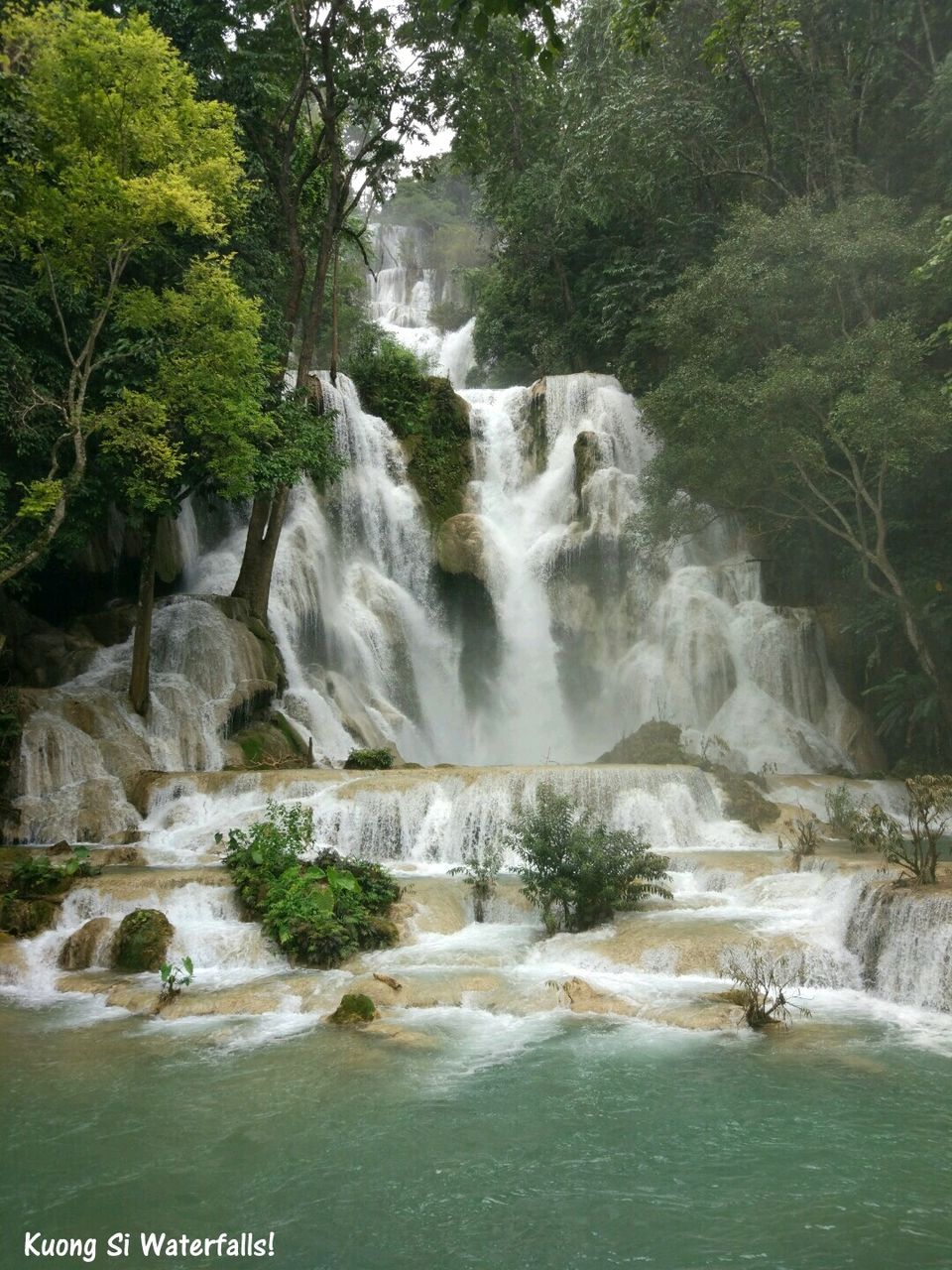 The view from the top pf Kuong Si waterfalls, after a short, steep hike in sticky mud. Totally worth the views! 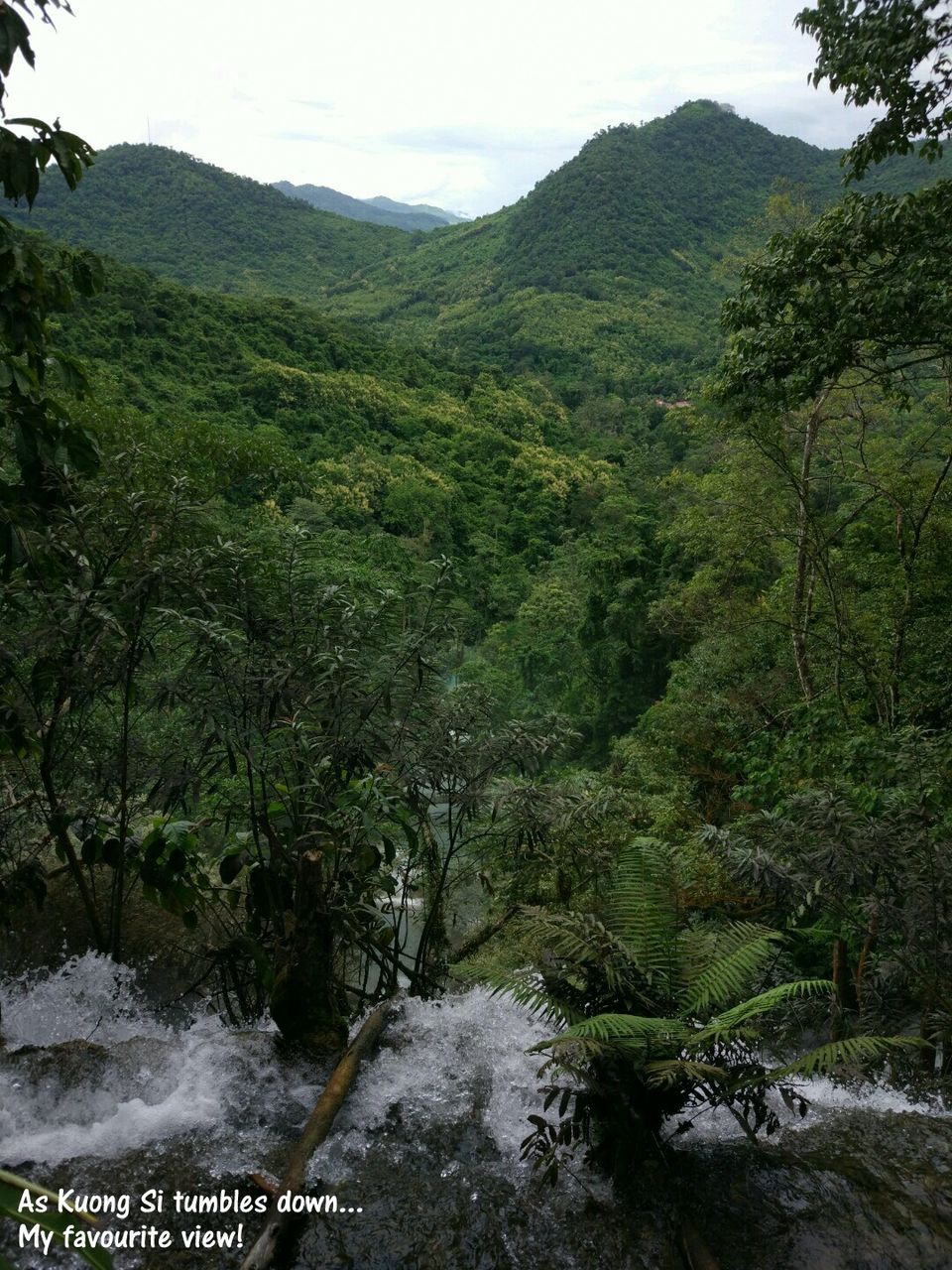 Sa Sa Sunset Cruise! Relaxing after a day out at the waterfalls. 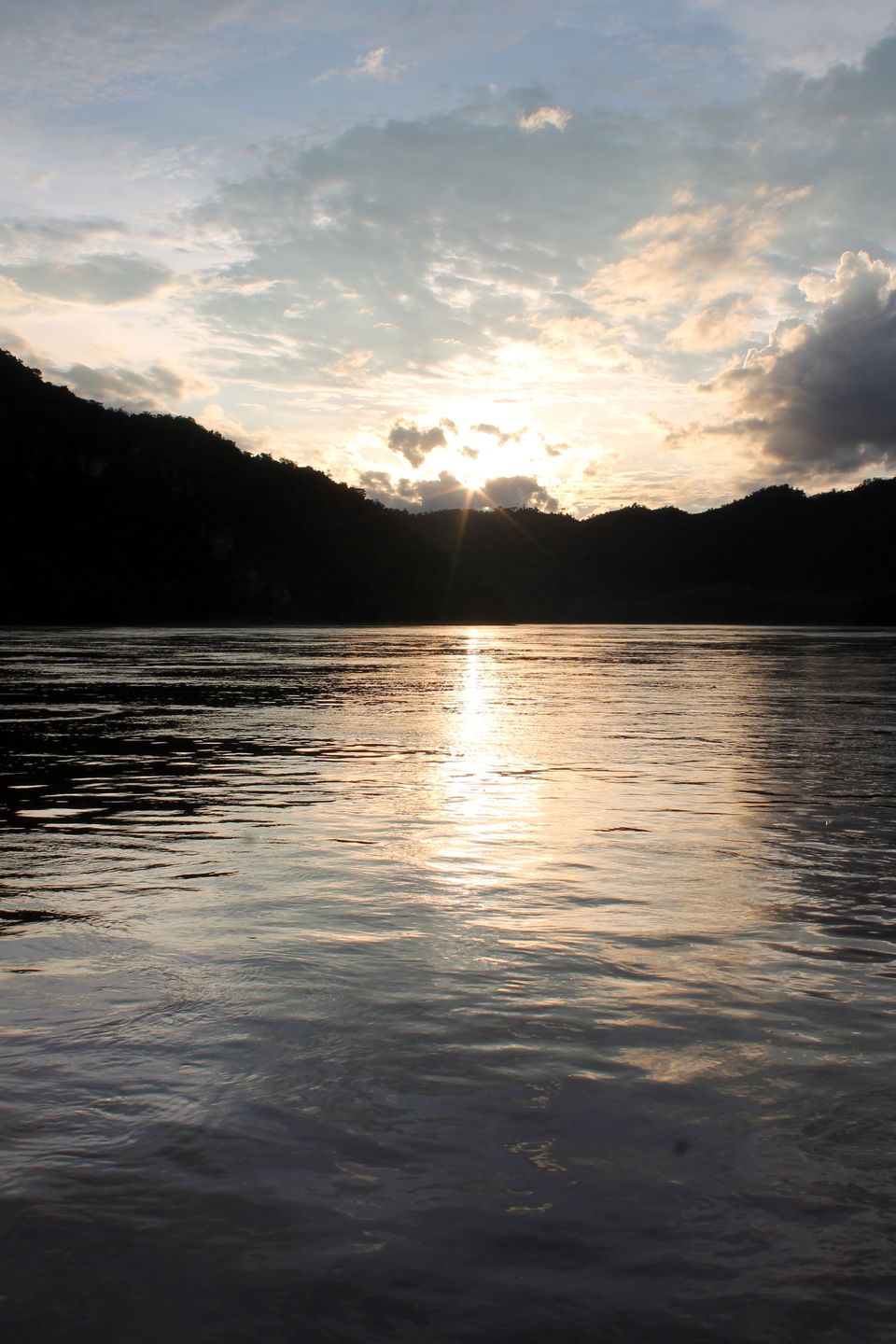 Tofu Laap salad and red sticky rice. I was getting marginally addicted to the texture of this rice! 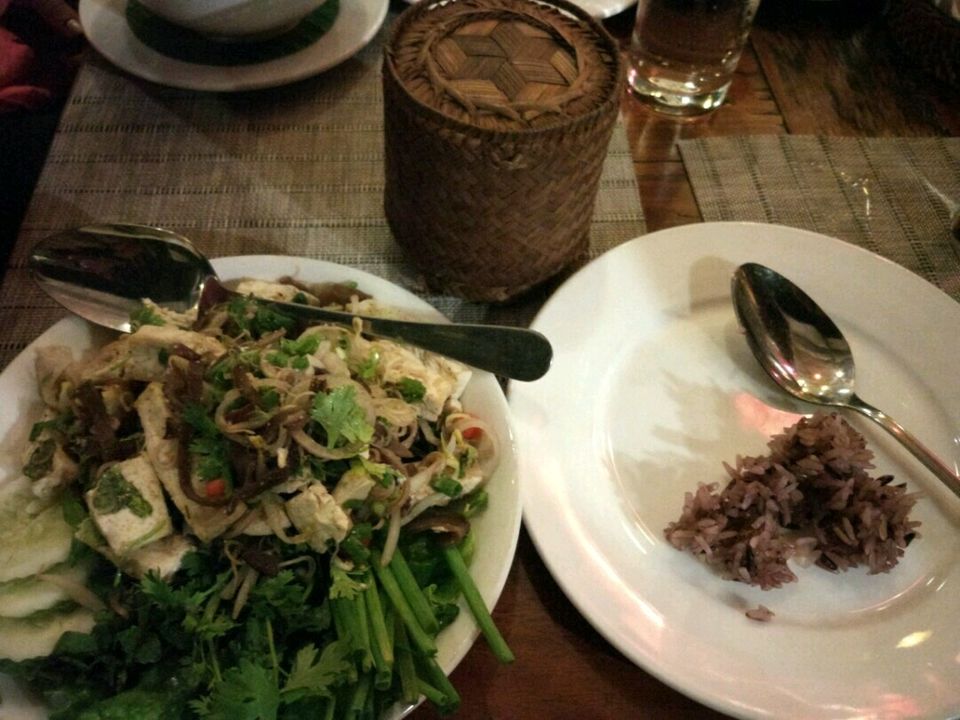 Try the ziplining here! You will be treated to a ride in an green eco-vehicle from your hotel to the ferry, then take a ride down the Mekong, and then hop on a local mini-truck to reach Green Jungle Flight. Sit down and enjoy your welcome drink, as the staff briefs you thoroughly in the process and their safety standards. They are awesome! And then enjoy the ride :) 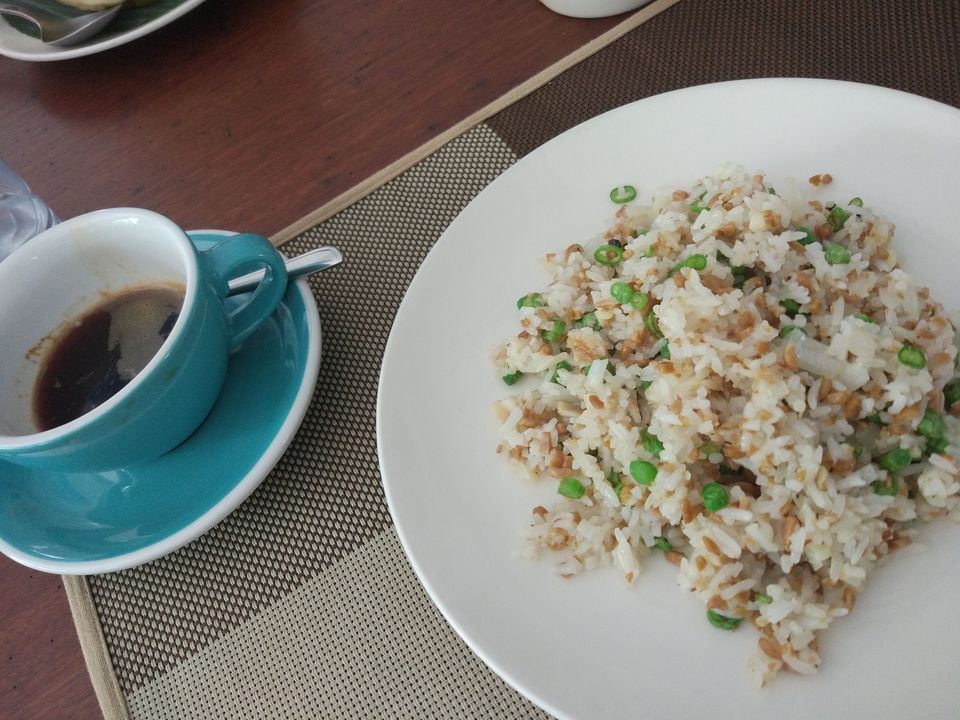 The most arresting temple here houses the Pha Bang Buddha, Laos’s talisman for over half a millennium, and after which it is named (Luang Prabang means The Great Pha Bang). The temple is just a decade old! The old and the new come together seamlessly here, as this multi-tiered ornate new building that stands true to its architectural roots envelopes the most sacred item in all of Laos’s history.

The Royal Museum is also a treasure to walk around - from an opulent throne room decked in wall murals to the more sparse and simple quarters of the royal family. This one way ramble around the palace also has many different exhibits and paintings that give you a full picture of Lao royalty and their beliefs. 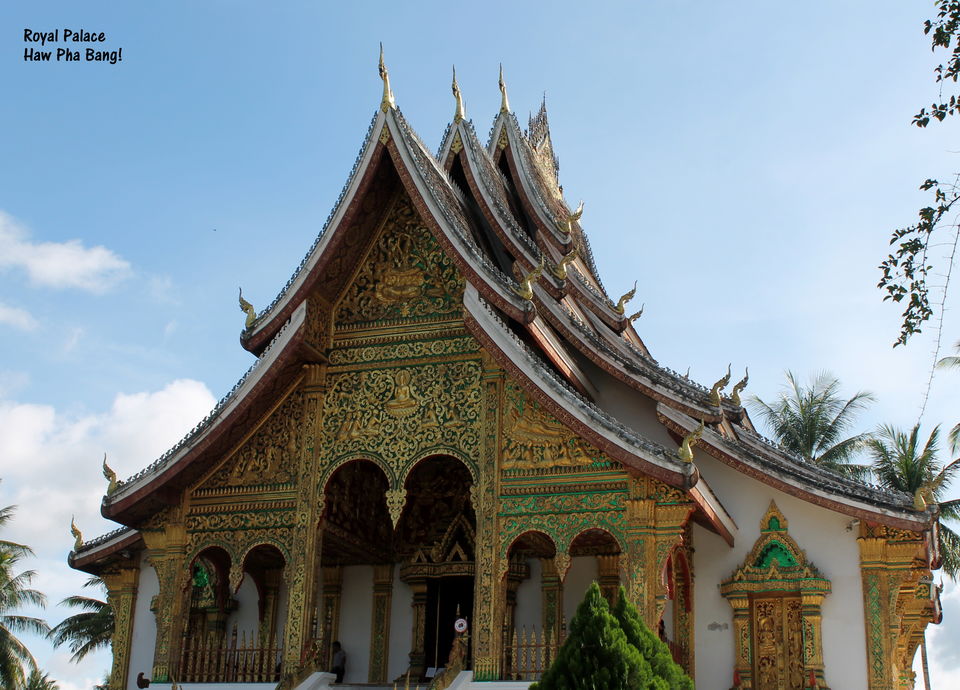 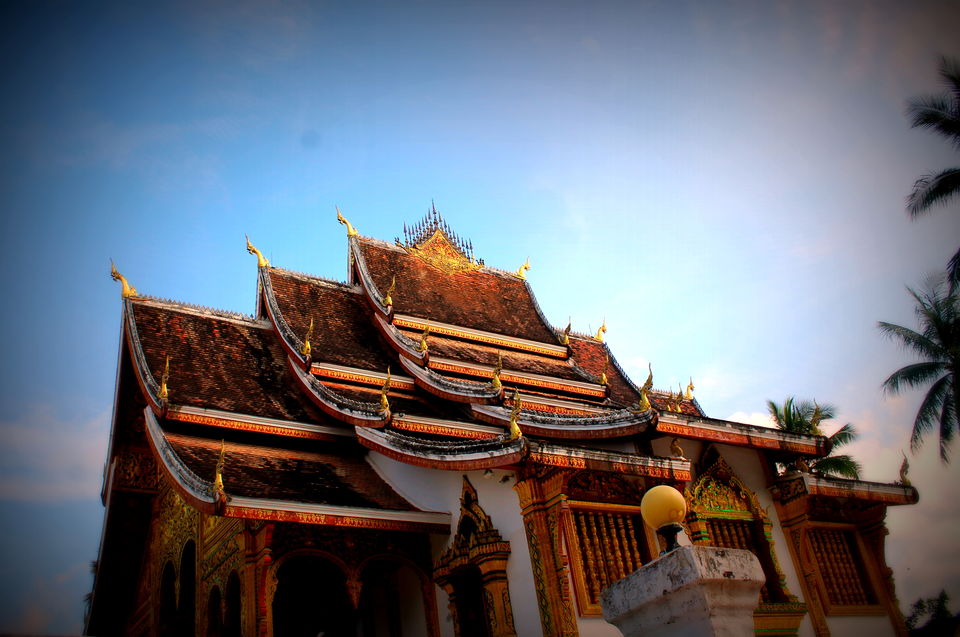 The night market at Laos is unique. It spreads over an entire kilometer along the main street and local vendors here stock products both handmade and made in Thailand and China. While the items are cutesy, it left me wondering about how this was a market set up exclusively for the tourists, because let's face it, no locals would buy at these prices even after all the bargaining! 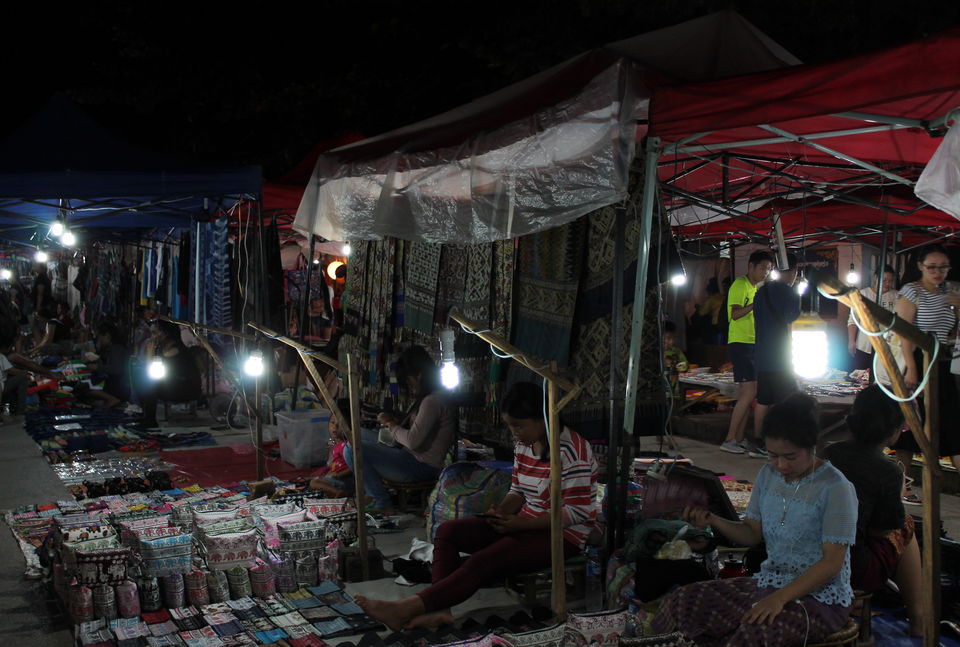 One of the many different stalls 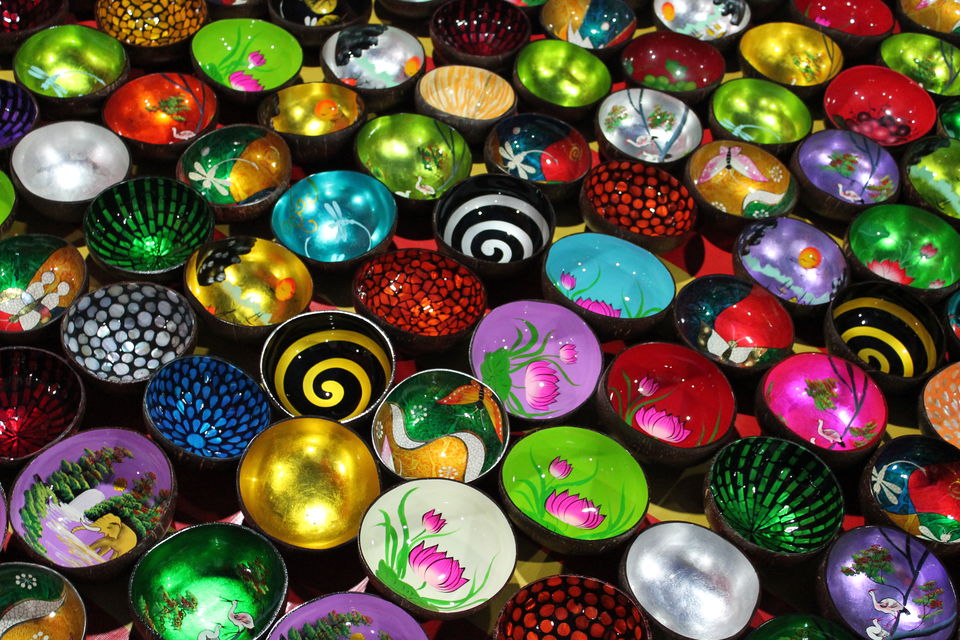 Fine dining tucked away in a little back street...don't miss it! 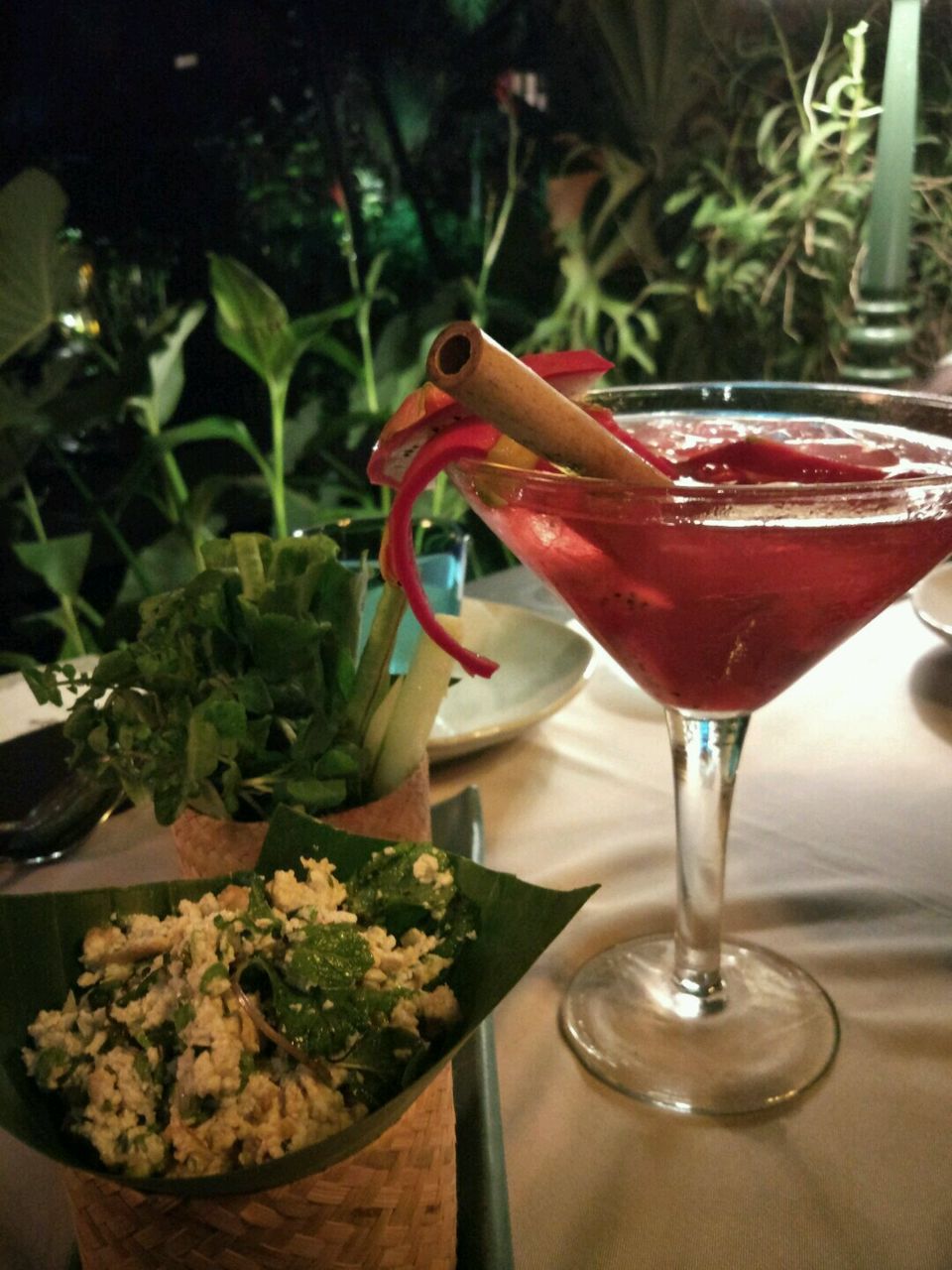 We spent a few hours on our last morning there walking around the old temples to many different Wats, each with their own unique stupas, murals and architectural styles.

Wat Mai, golden all over both inside and outside! 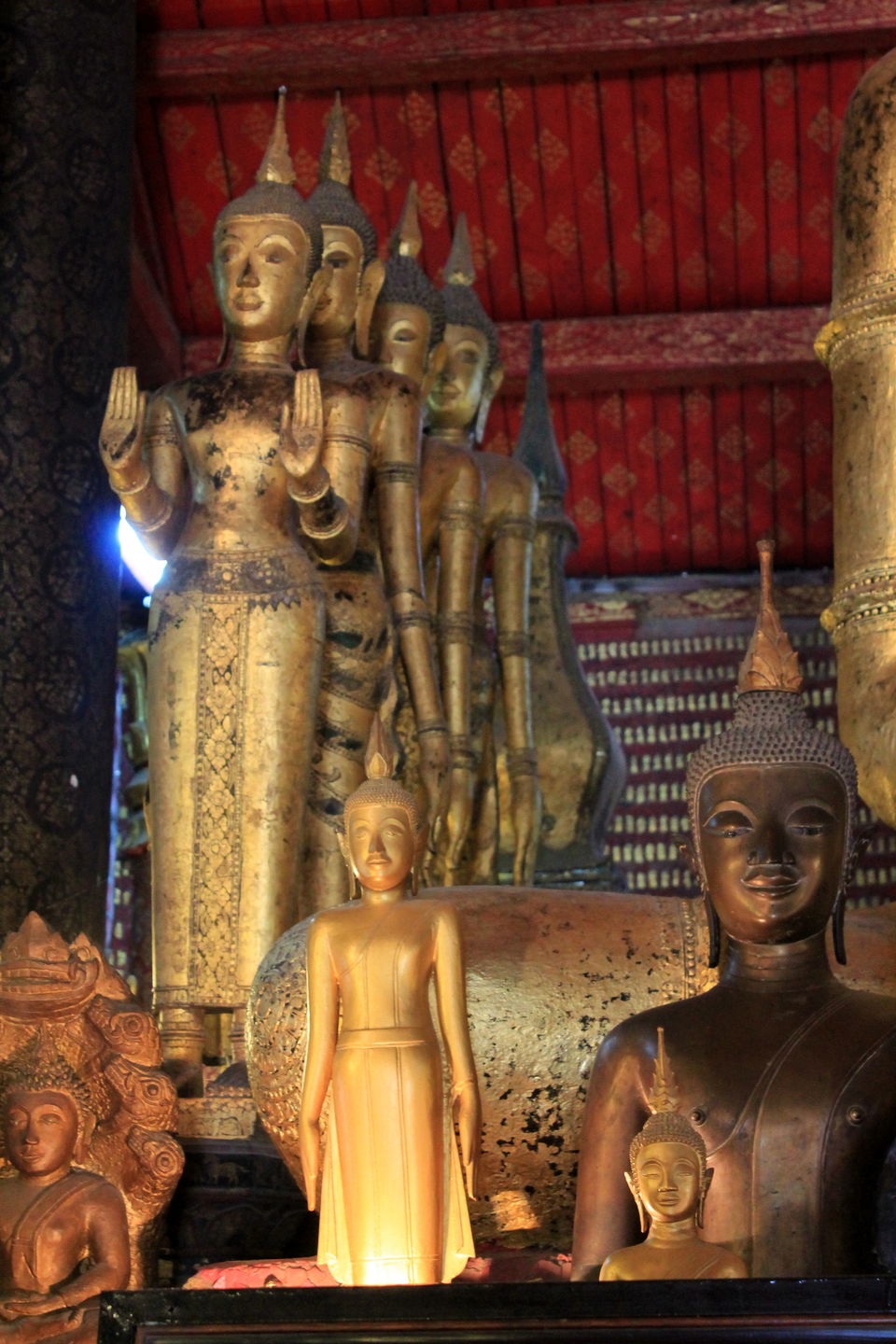 Wat Phaphay - tucked away in a serene side street 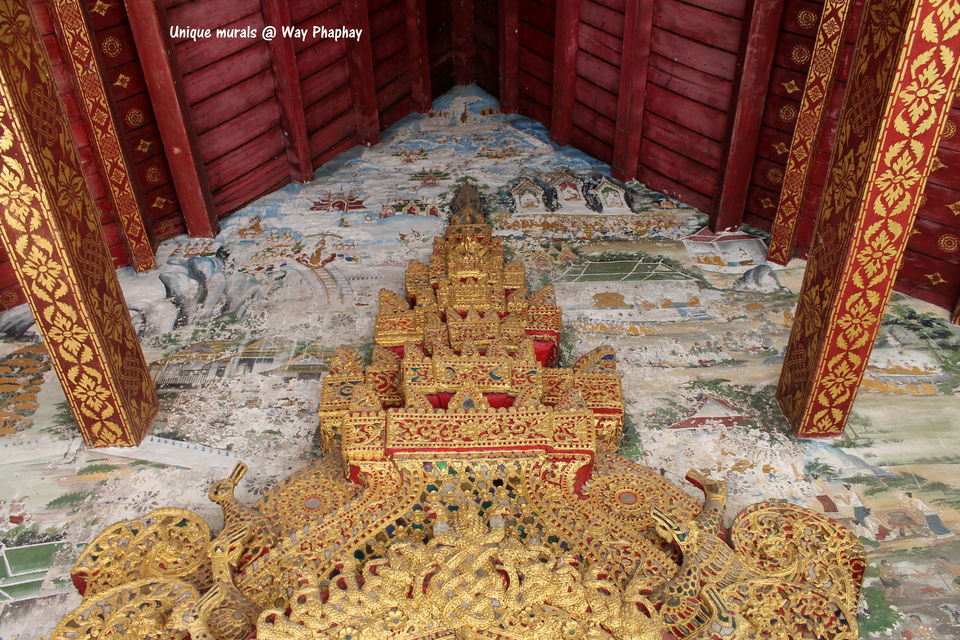 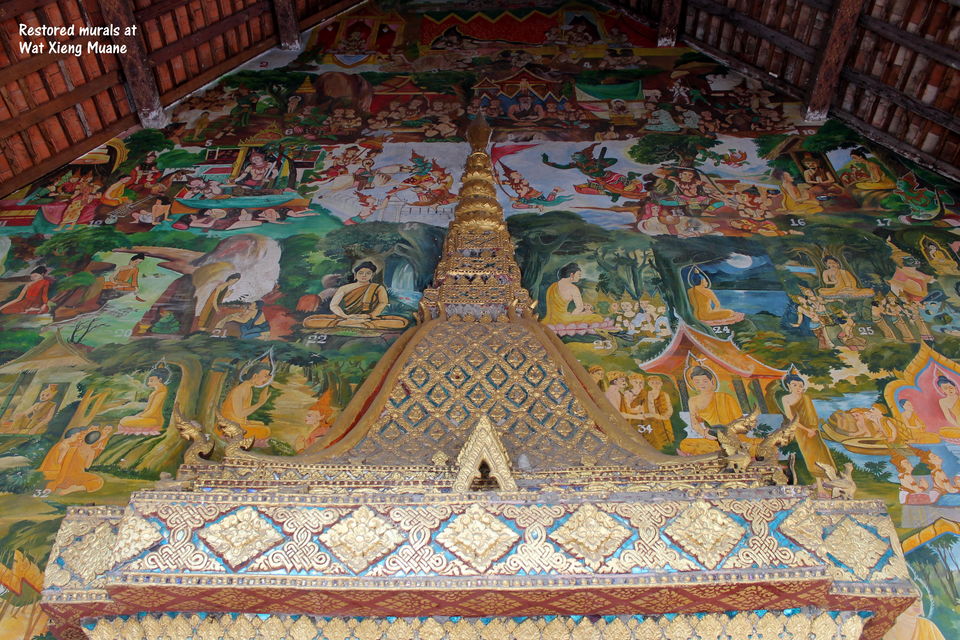 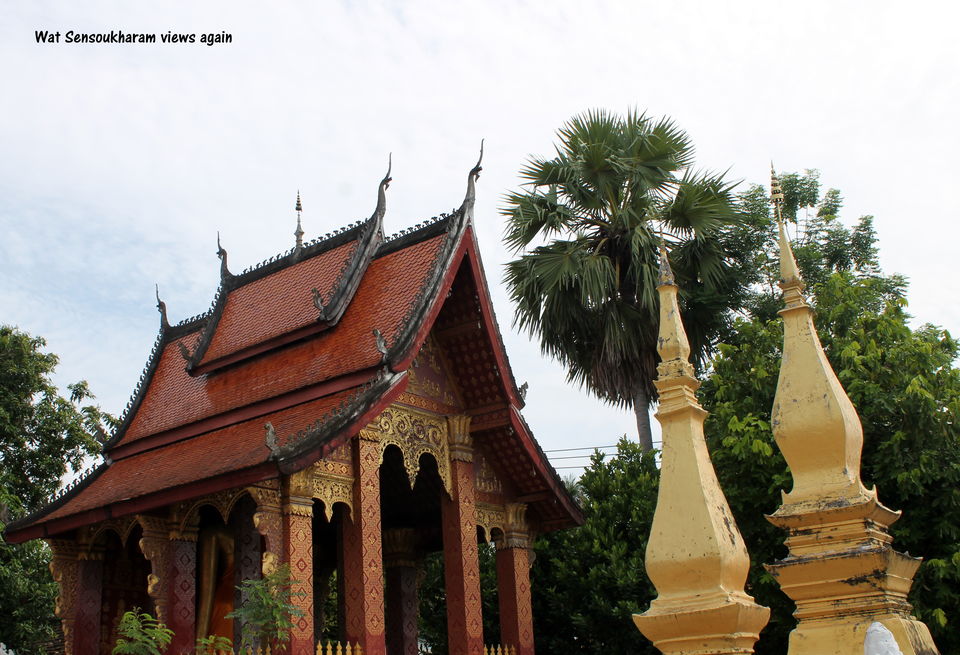 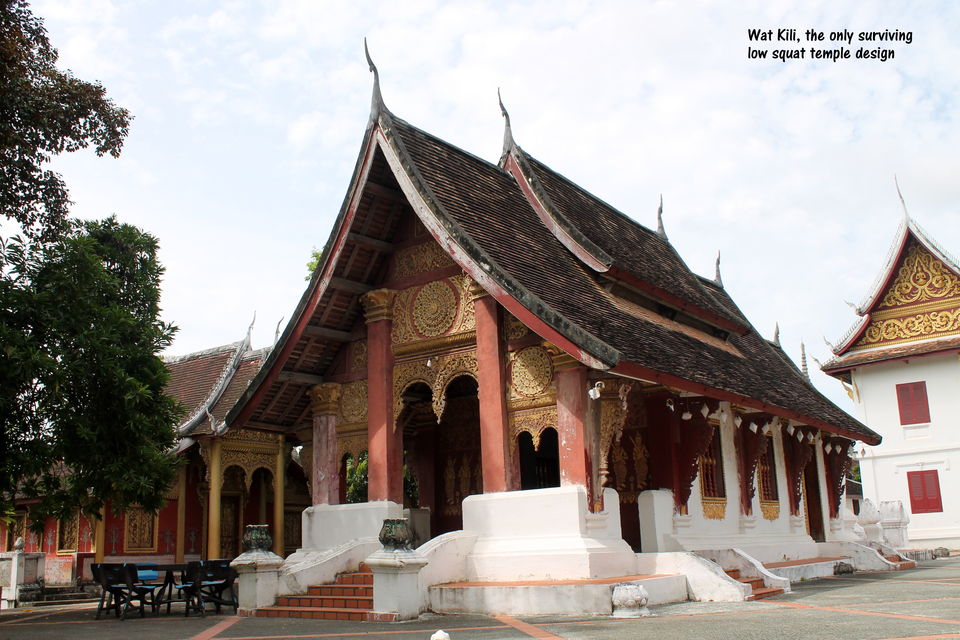 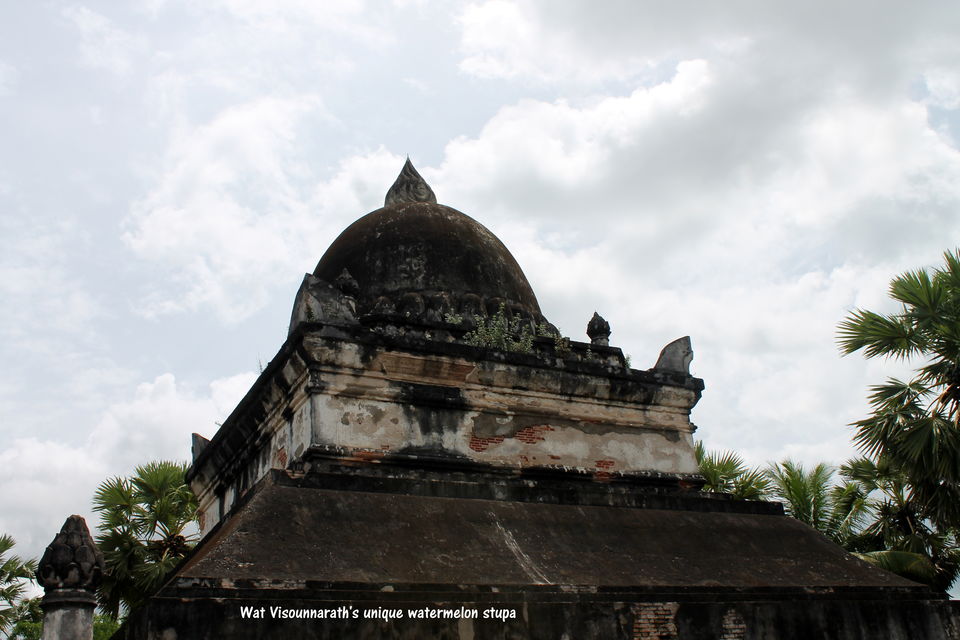 As we bid goodbye to this unique little town, we finally tasted Indigo Cafe's food on the go! 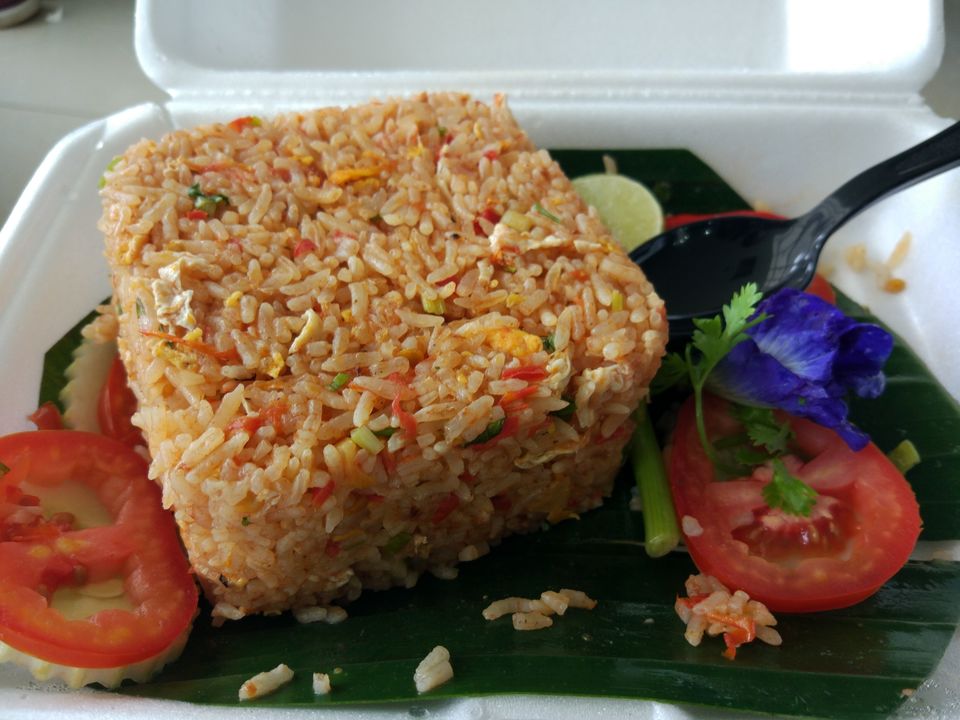