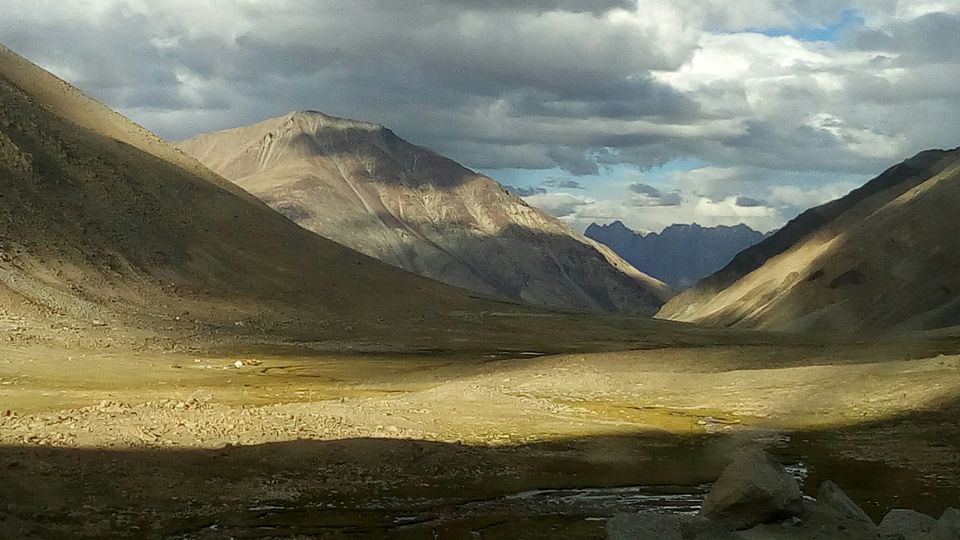 We reached leh at 7:00am. First thing we noticed was that our phones were dead.
Later we come to know that no sim works in leh except Airtel postpaid.
The terrain watchable from the airport is mostly Rocky mountains with little or no vegetation.
After that we took the cab(only option) to leh market for Rs350.
The cab driver told us about various tour packages available.We took the leh-khardungla pass-nubra valley-changla pass- pangyong package which costs 14000.( It includes on cab transportation)
We took the permit for each place which is necessary.The office opened by 10:00 and we get our permit by 11:00.The permit costs RS 450/person if u fill your permit form by yourself online and take it to the office for signature by yourself.(U have option to directly contact a agent who will take Rs600 for everything).
After that we started our journey which mostly contains views of Rocky mountains which was disappointing.
The road upto the kardungla pass do not provide and good views but only more and more rock and Sandy mountains.
Reaching the kardungla pass we found it in the worst situtation. Due to some construction work there was lot of noise and air pollution due to dust.This was highly disappointing especially for someone who came to leh for freshness from choking air of Delhi but find herself/himself in even worst situation.
We did not halted at kardungla and went right away to nubra valley which we hoped would be better.
Soon the Indus river joined us right beside the road.It remained with us upto the nubra valley. It has high silt content and looks grey in colour.
But the view starts to improve as we reached nearer nubra.
We reached nubra by 4:30pm and took hotel for RS 1300(for three persons)
In nubra, environment is very quiet and soothing unlike khardungla.There are monasteries which requires some mountain climbing but the view from the top is spectacular. 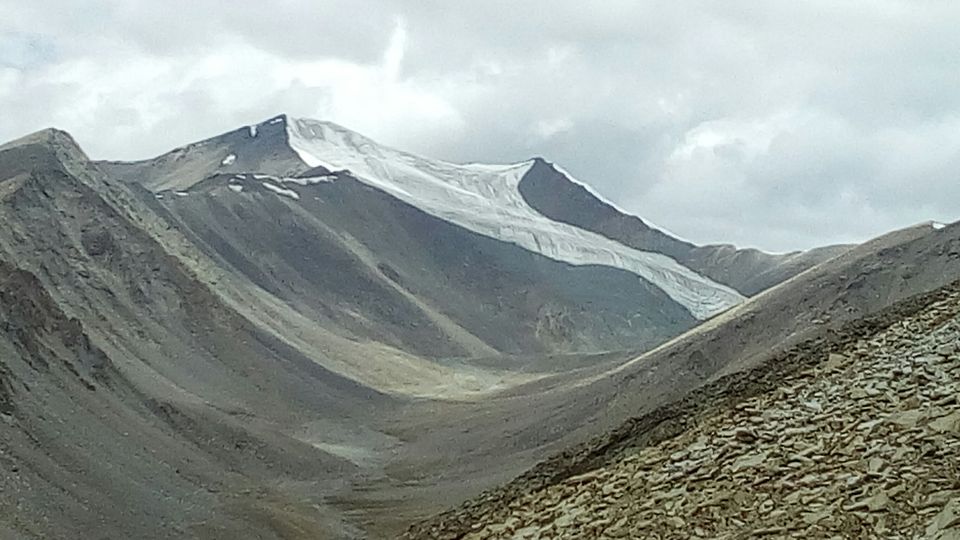 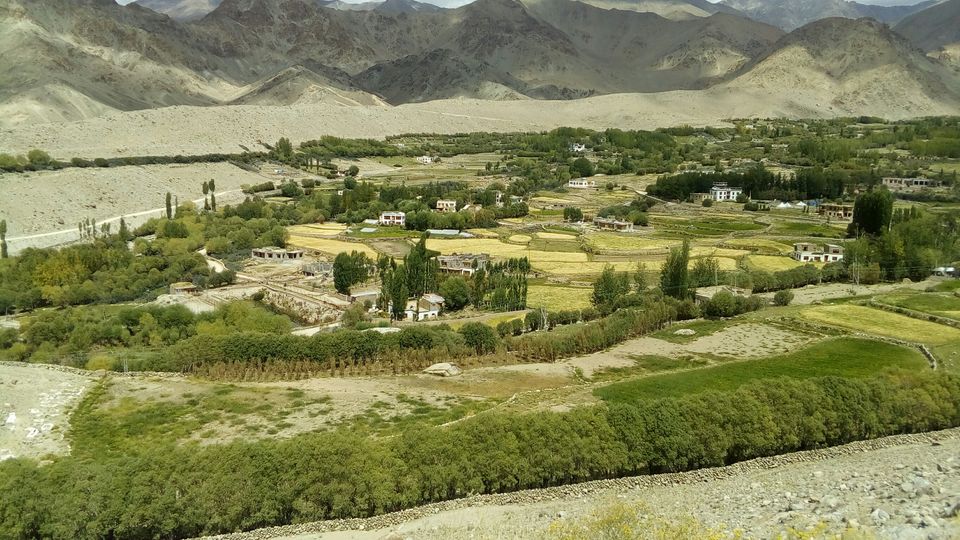 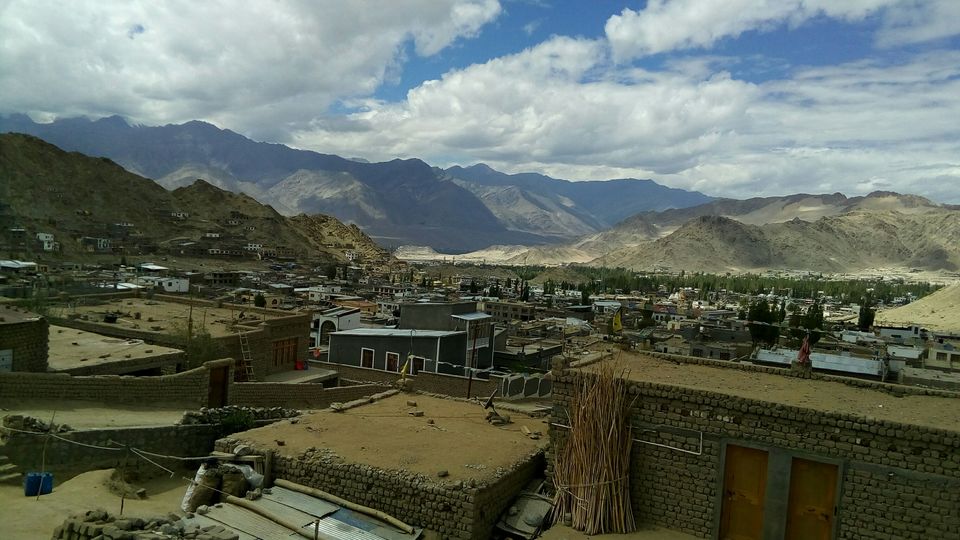 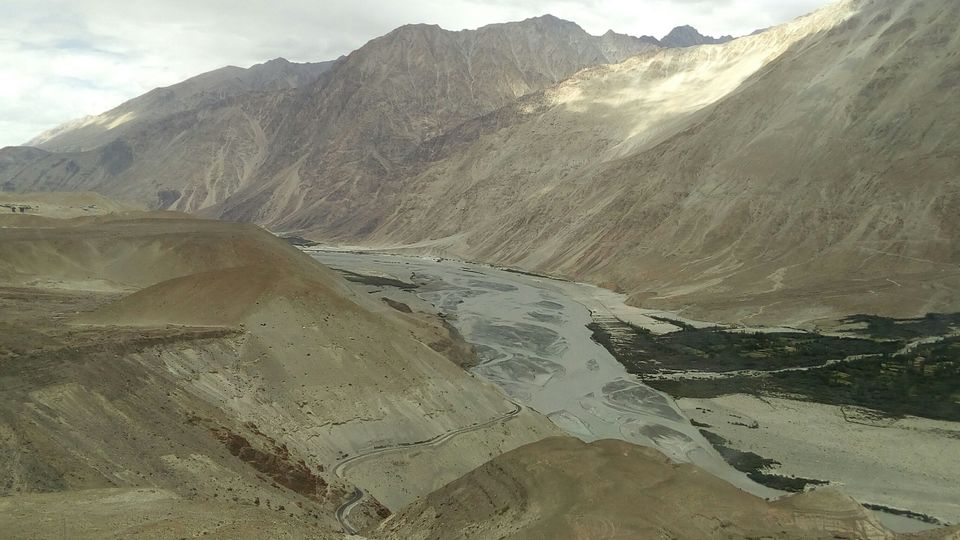 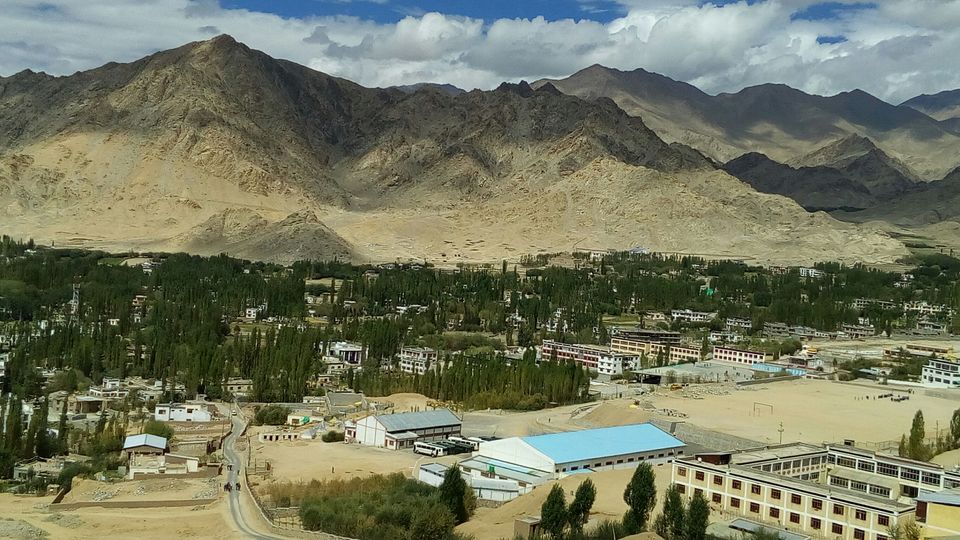 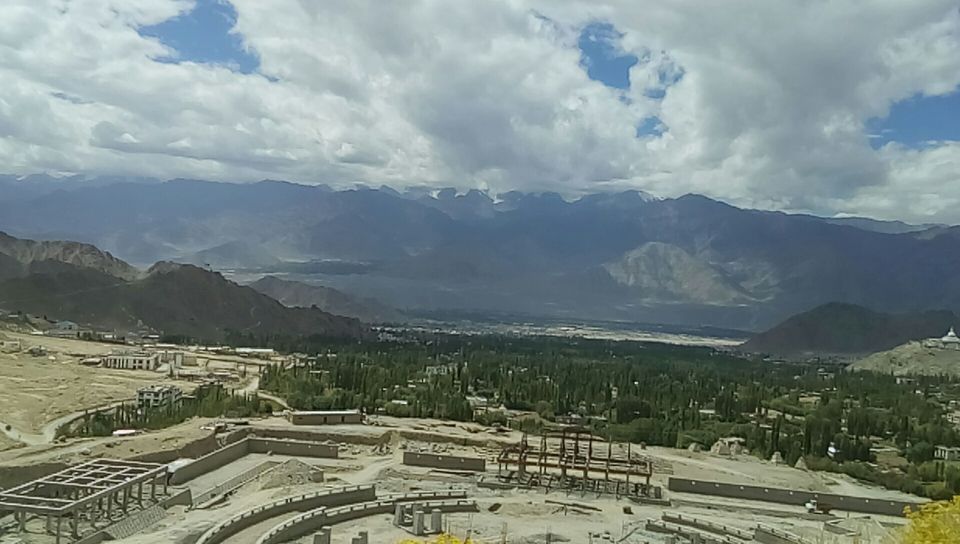 We started our journey to pangyong at 8:30am.The Indus river again remained besides us for most of the journey. Unfortunately we also encountered a biker got into an accident right in front of us. He got the injuries in mouth and nose.Our driver told us that due to poor roads and sands the accidents especially of bikers are increasing.High speed biking is definitely not recommended even if the roads looks enticing as there is no or little traffic.
We also come across the burrows of otters which our driver told are visible only in summers as in winter's they go underground .
We reached pangyong by 3:00pm.
The views are just magical as you can see  and the disappoinment which occurs during start of the journey was far left behind.
We started our return journey to leh by 4:00pm.The route which we took was through changla pass.This pass was less polluted and noisy  than kardungla.
We reached leh by 10:pm.
The thing to notice is that I will not recommend anyone to do night travel in leh as along with the dangerous paths there is also no street lights to show you path so remain out of roads at night.
Almost 50-60percent of the roads in this journey are damaged so it was quite a bumpy ride. 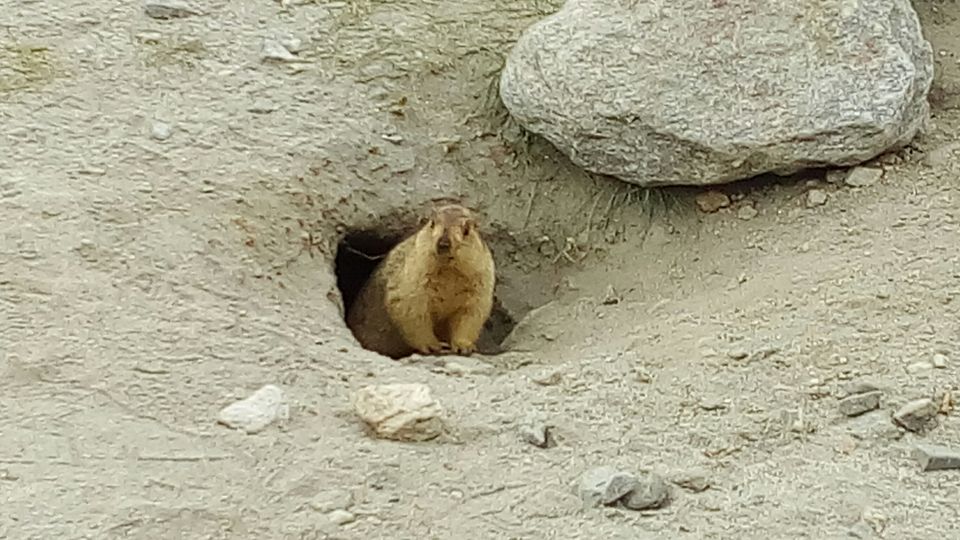 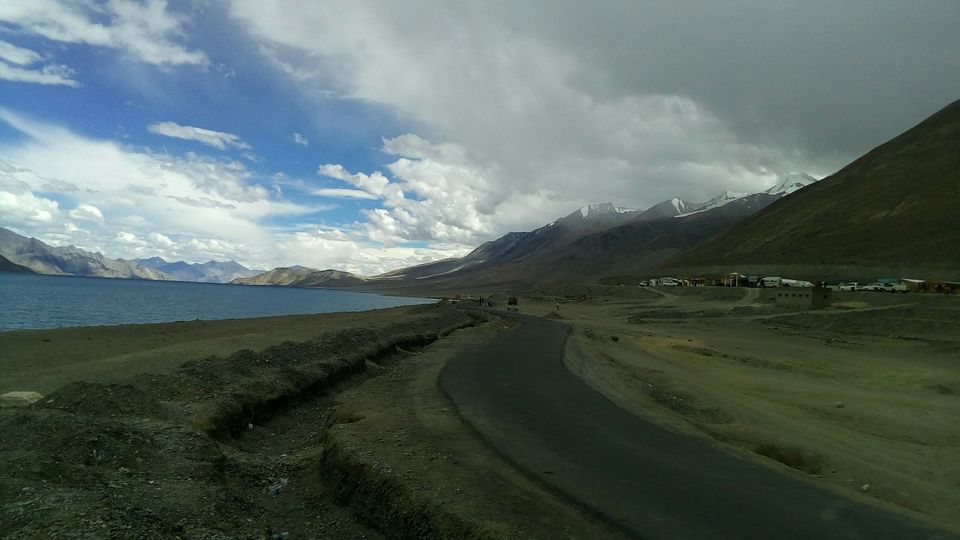 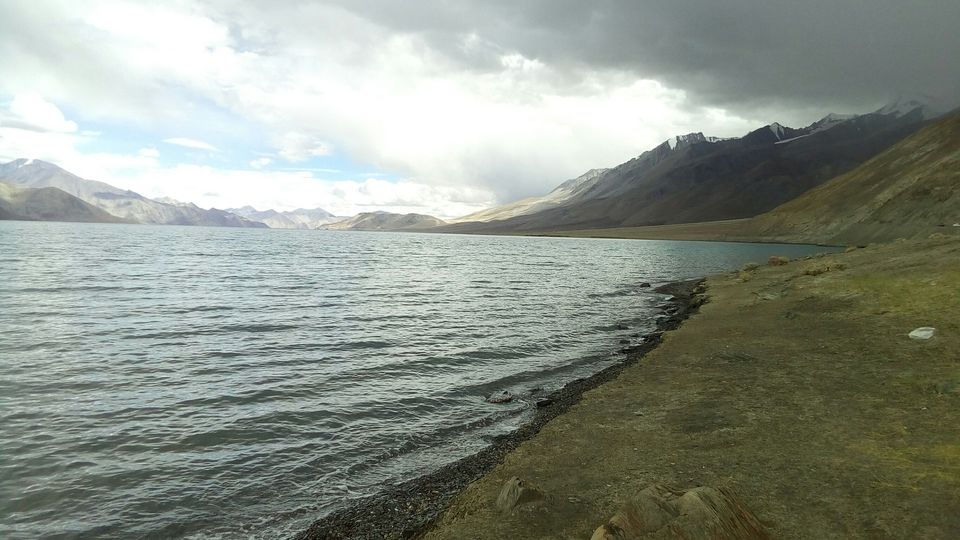 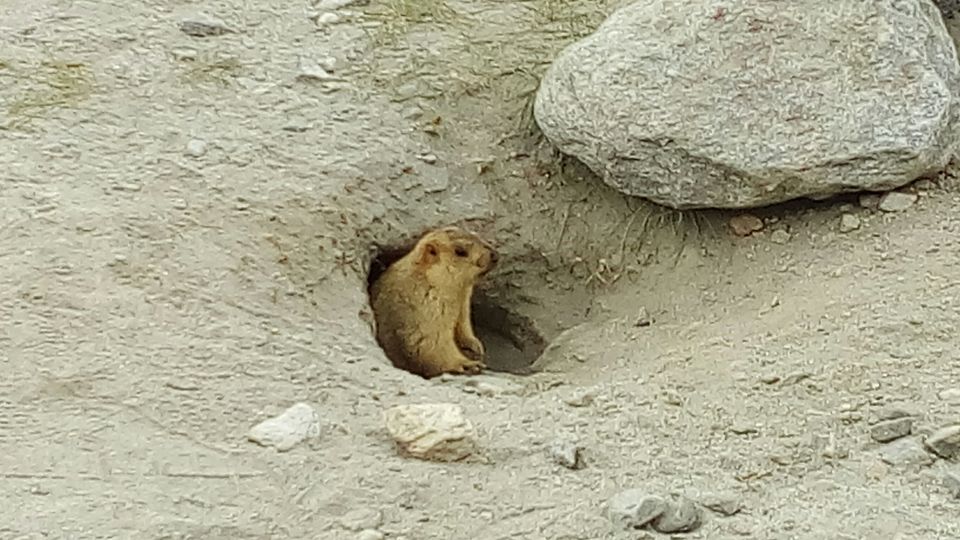 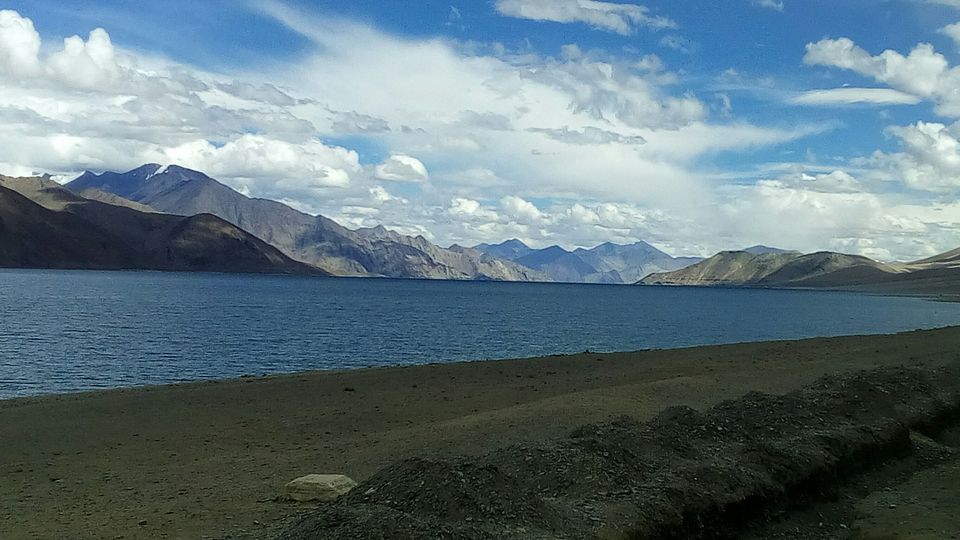 We took the hotel for Rs 1500(for 3) .We went to leh palace and the monastry which were watchable.Each had ticket of RS 25. There are two ways to reach one is through leh market and another is the long route which requires cab.
The monastry again requires some steep mountain climbing.(another option is to take the long route but you would need to hire cab) 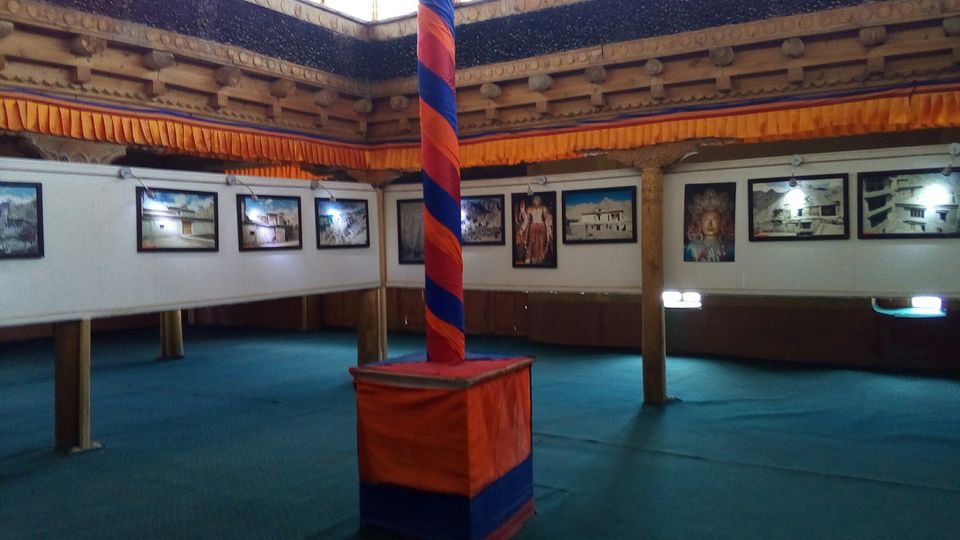 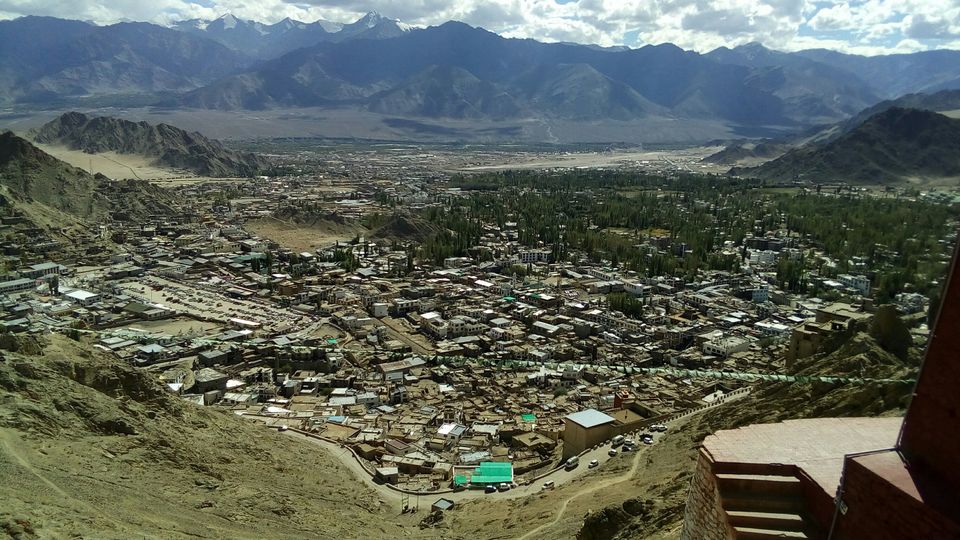 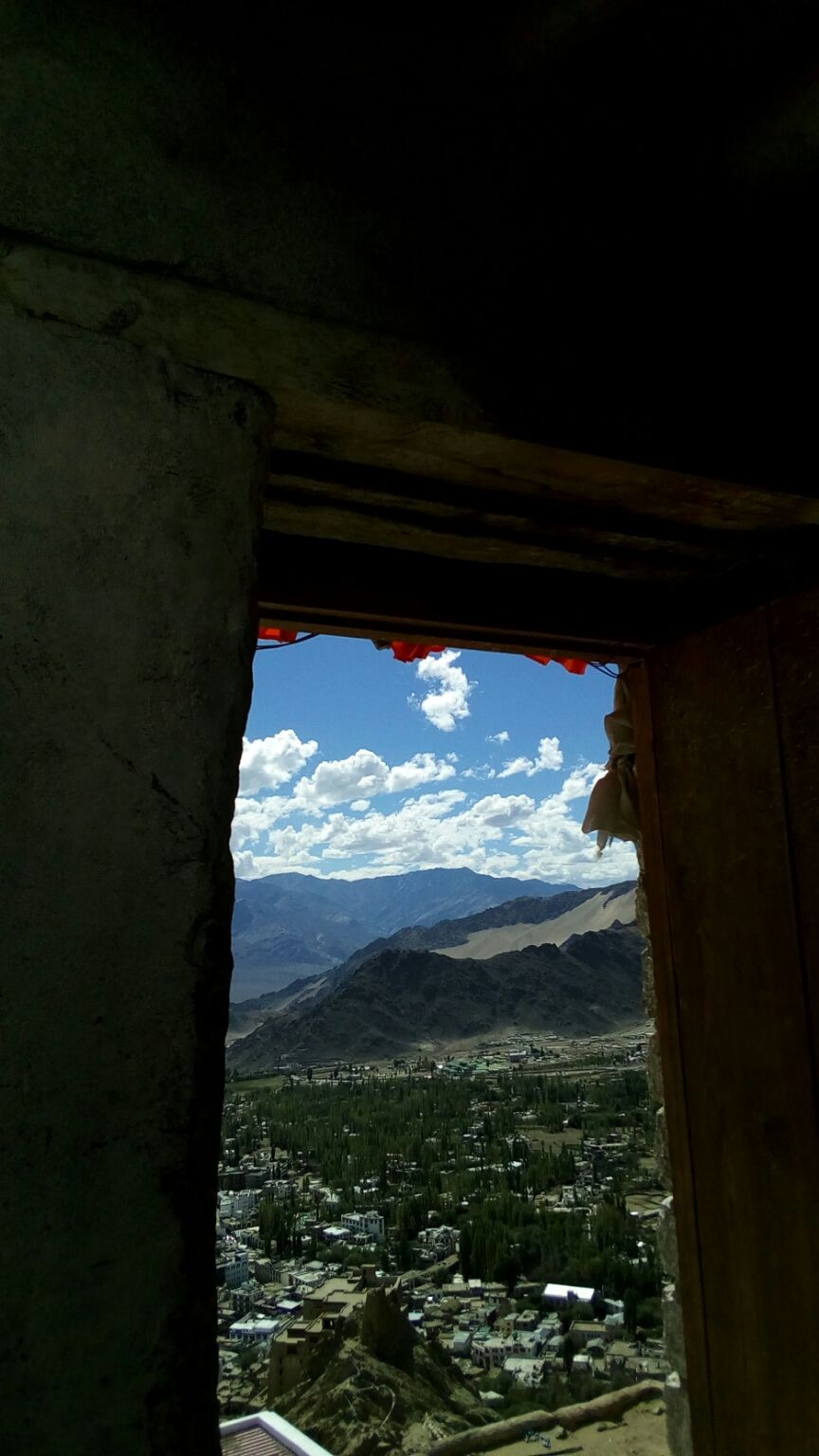 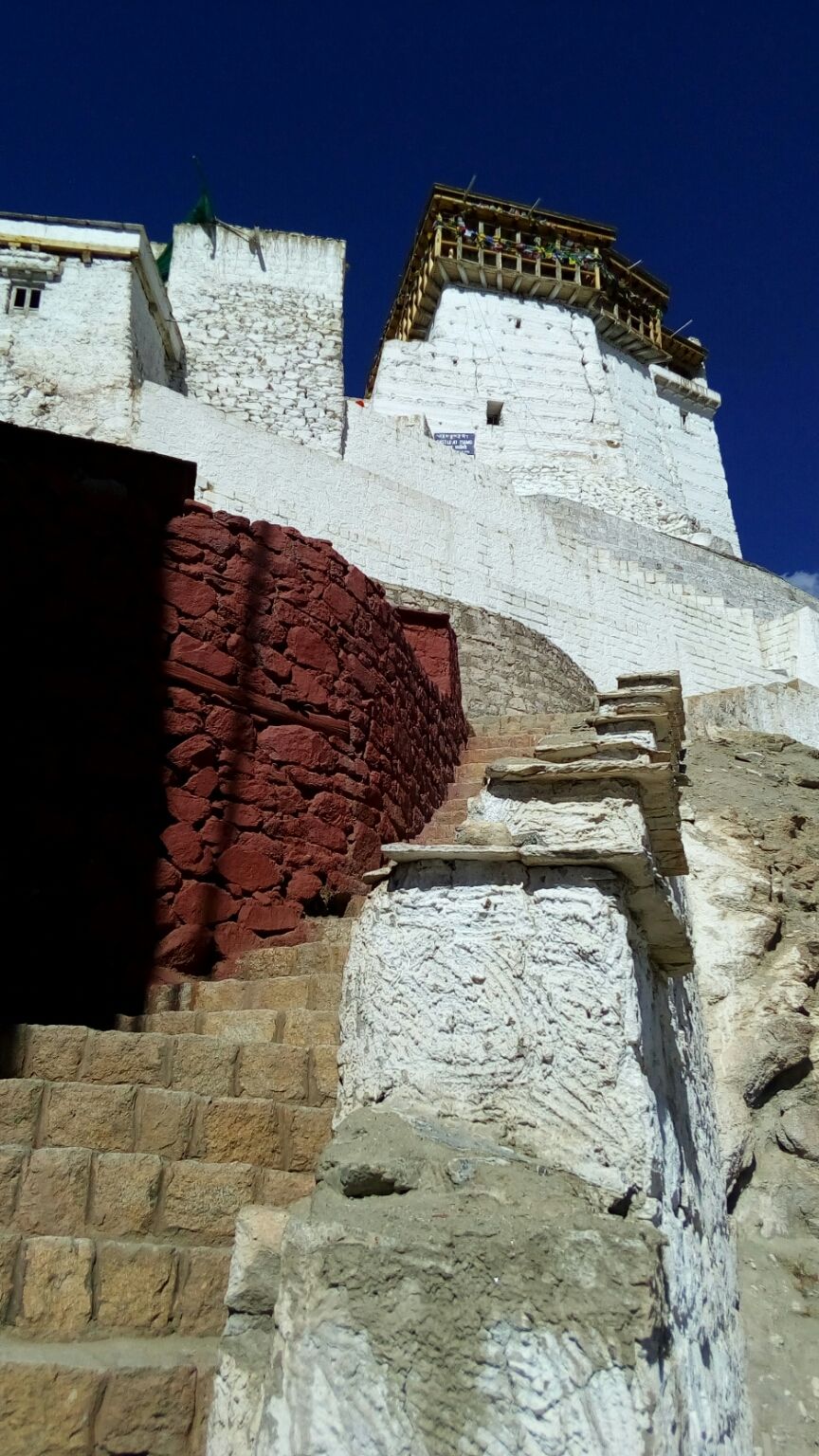 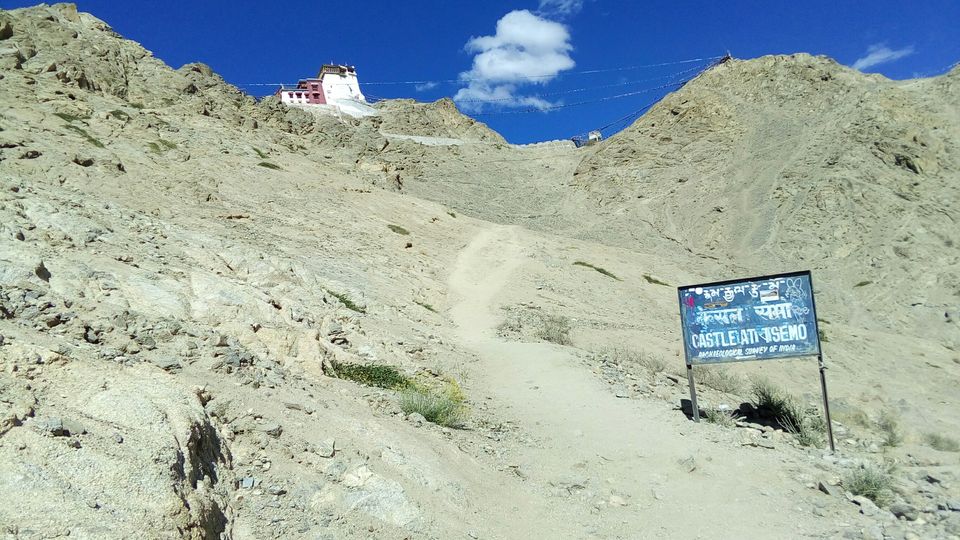 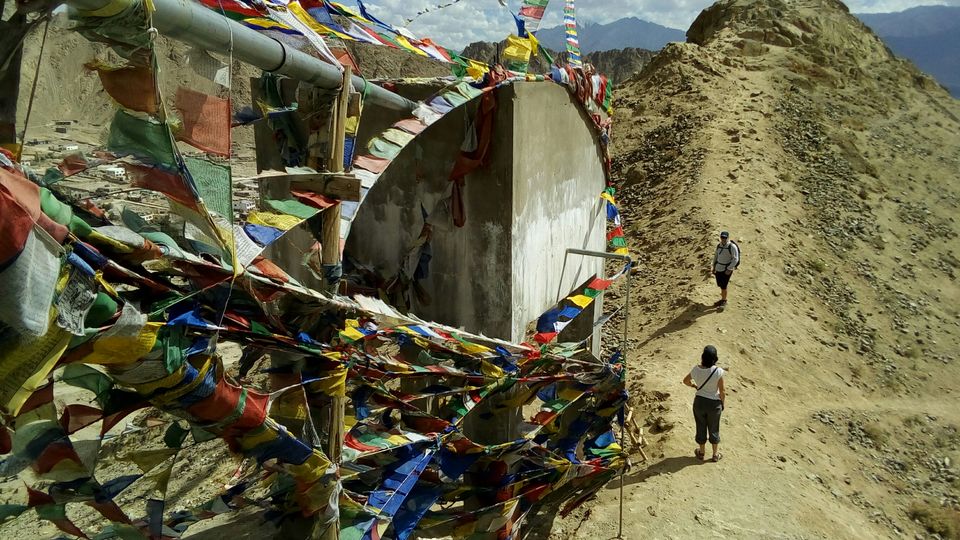 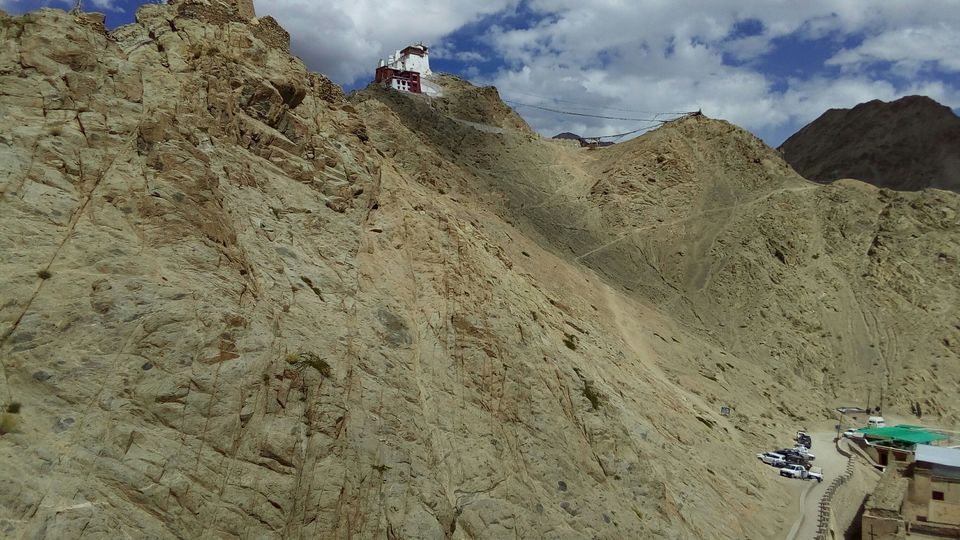 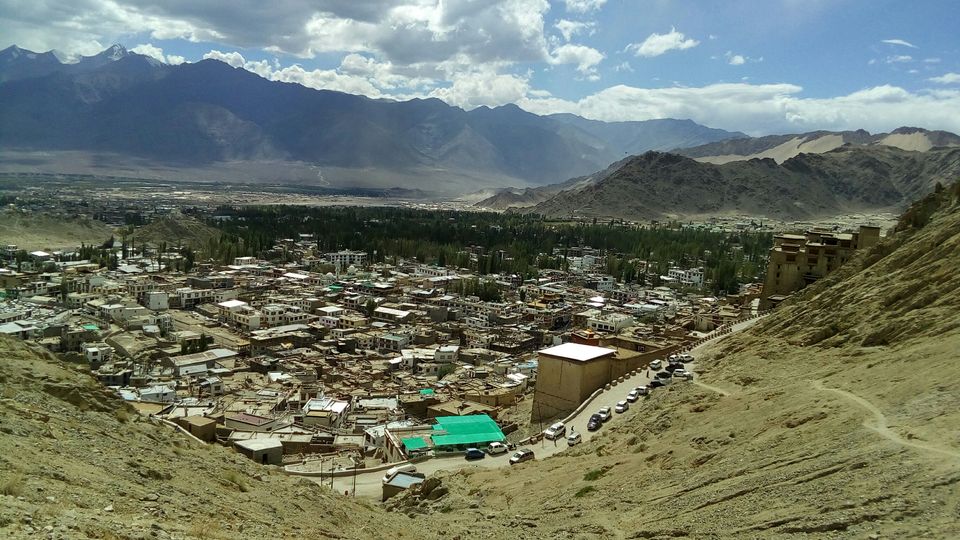 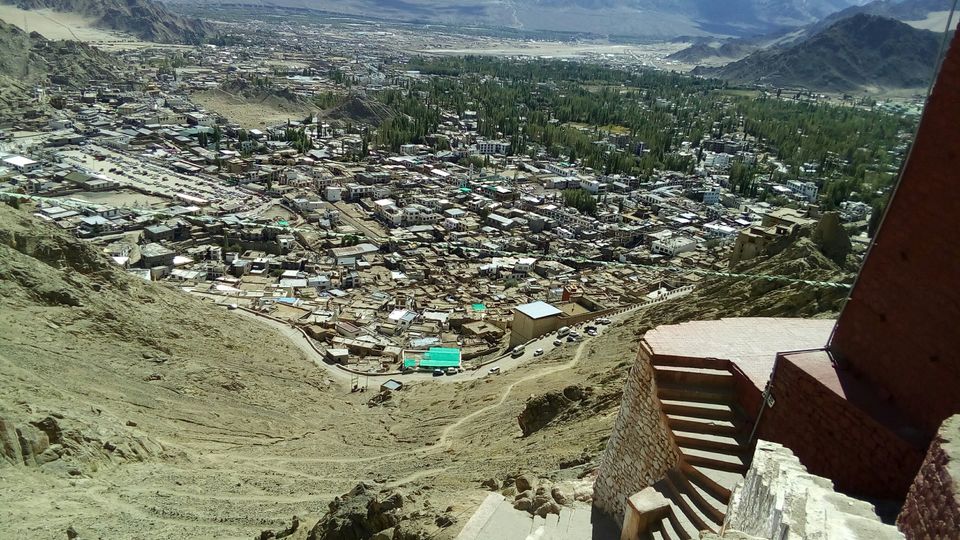 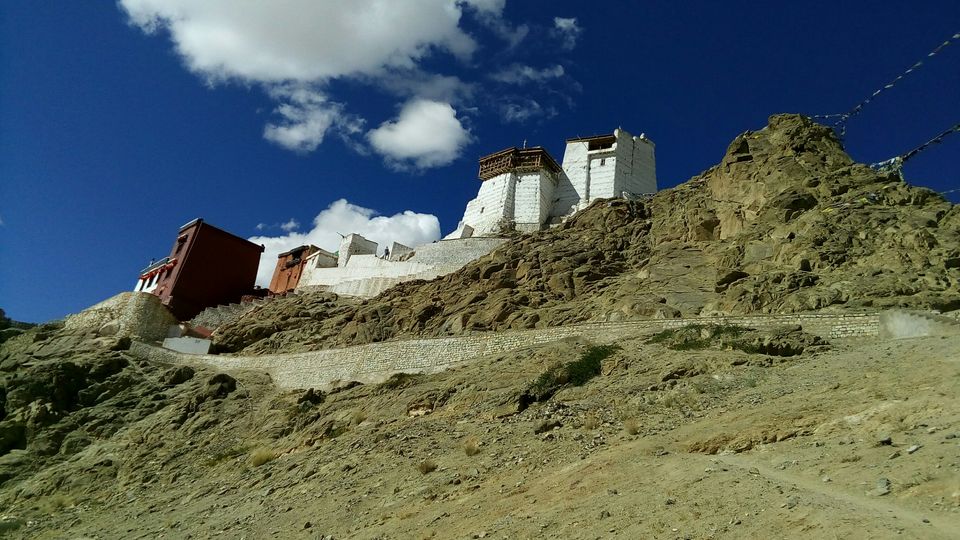 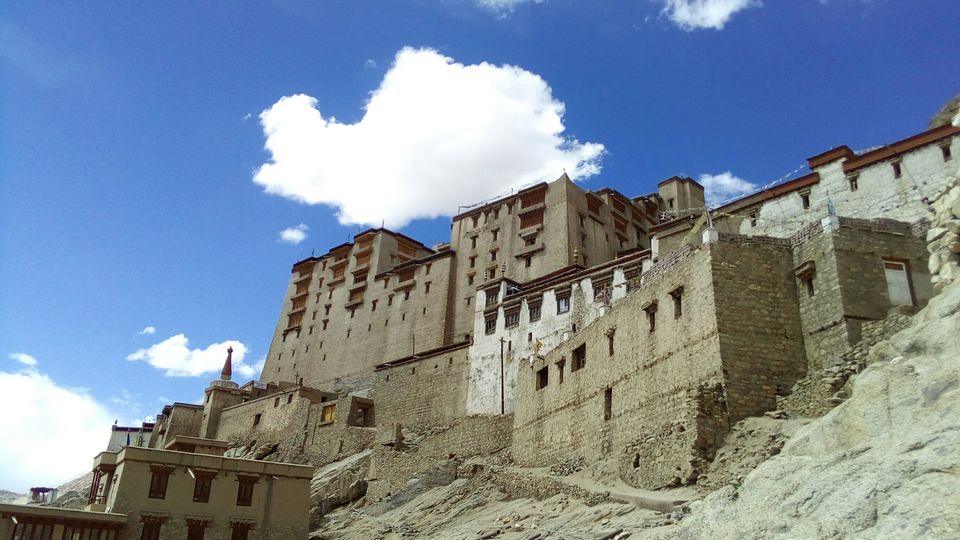 We left leh early morning.The cab took RS 400 (it was 350 when we came) due to morning.
In the end it was a quick overview of leh which had is own shares of highs and lows.But I will definitely would like to go there again when I have 10-12 days of spare time.And will do the trekking rather than taking bumpy cab.