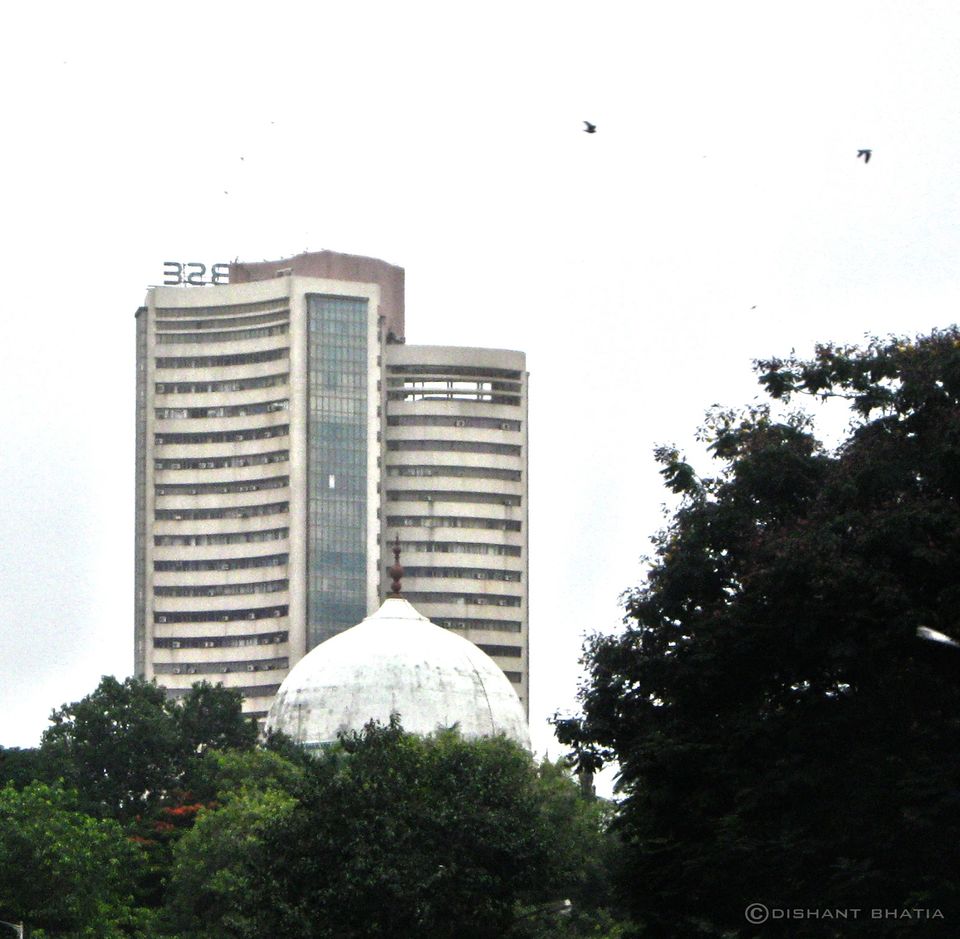 Almost all of us are aware of the saying, “Naani ke ghar jaayenge, Motey ho kar aayengey!” Every visit to the city of Mumbai proves the validity of this statement. Being my second home, place of my Grandparents, Mumbai has always been a city as the ‘home away from home’. The 10-day trip started off in the last week of July- the best time to visit the city, at least for me. That’s the time when you get to see the Mumbai Monsoon! I was welcomed by rain. My residence is in Thane, which being part of suburbs, receives plenty of rainfall. The urbanisation of the city has not affected this place yet. Now, as Indians, our love for the Chai and pakoda with Baarish is very well known. Similarly, when in Mumbai during monsoon I try not to miss the Wada-Paav, the Paav-Bhaji and Bhel-puri. The Mumbai Special Paani-puri is not mentioned as anyone who’s been fond of the version sold in Delhi (the Gol-Gappa) would never have the Mumbai one (smaller in size and far less teekha). Belonging to a family where the ladies are the Goddess of food, I confess, that I run for street food just to have the ‘feel’ of the city. If I miss the street food, it’s like my trip is incomplete. 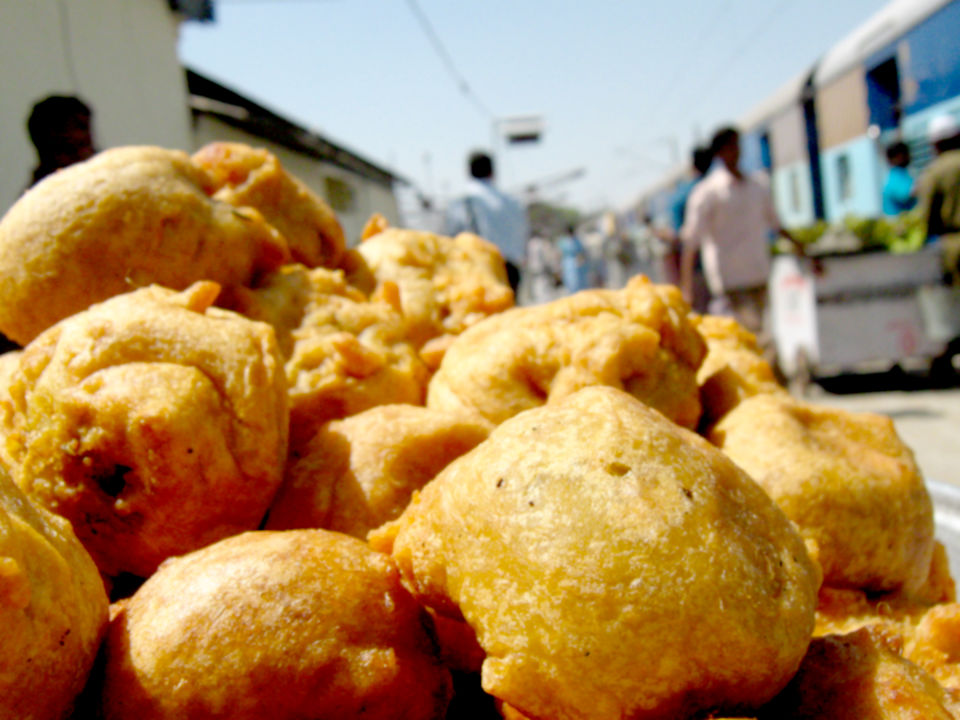 The garma-garam paav half-cut from middle, stuffed with aaloo wada coated with the special onion-garlic-red-chilly powder, served in an old newspaper with green chillies (optional) is the staple food and delicacy of this place. You might not find an auto (just kidding, it is next-to-impossible) but you will find someone selling wada-paav and bhajiya-paav in every nook and corner of the city. The best part, the delicacy is available for Rs. Ten Only. Those who have modernised with time can go for the Rs. 20 and Rs. 25, also termed as Jumbo-paav. The thrills of having one with the green chilly (my choice) can be cooled down only by having a plate of bhel-puri or sev-puri. Sold in other cities with tag of Bombay Bhel, written in red-paint bordered yellow, this is the second best thing one can have anytime in Mumbai. The mixture of bhel with papdi, dahi, aloo and mithi-chatni is as mouth-watering as it sounds and strikes the taste-buds as it gets in. Next comes the paav-bhaji, everyone remembers Sanjay Dutt selling paav-bhaji in the movie Vaastav, right? Bring that image to mind and think of a stall with big tawa with red-colored bhaji boiling on the surface surrounded by many paav aligned with the circumference of the tawa and for audio effects, think of the cook hitting the karchhi repeatedly and the “chhisss..” sound whenever the oil is poured. Done, now think of the order served hell hot with layer of melted butter on the bhajii and paav, and thanks to monsoon, add minor drizzling to freeze the frame... Heaven!!! Back in time, it used to be Juhu beach, where I cherished the flavor. Now, I prefer stay away from the crowded ‘tourist’ spot and enjoy my cuisine standing amidst a crowded market place. Time has changed but the taste remains the same. I can very well recall the day when I refused to accept the meal served by a restaurant in Katra just because he was selling kulcha in the name of paav. My peer group was surprised of my rude attitude but how could one eat kulcha-bhaji? For god sake, kulcha is kulcha and paav is paav !!! 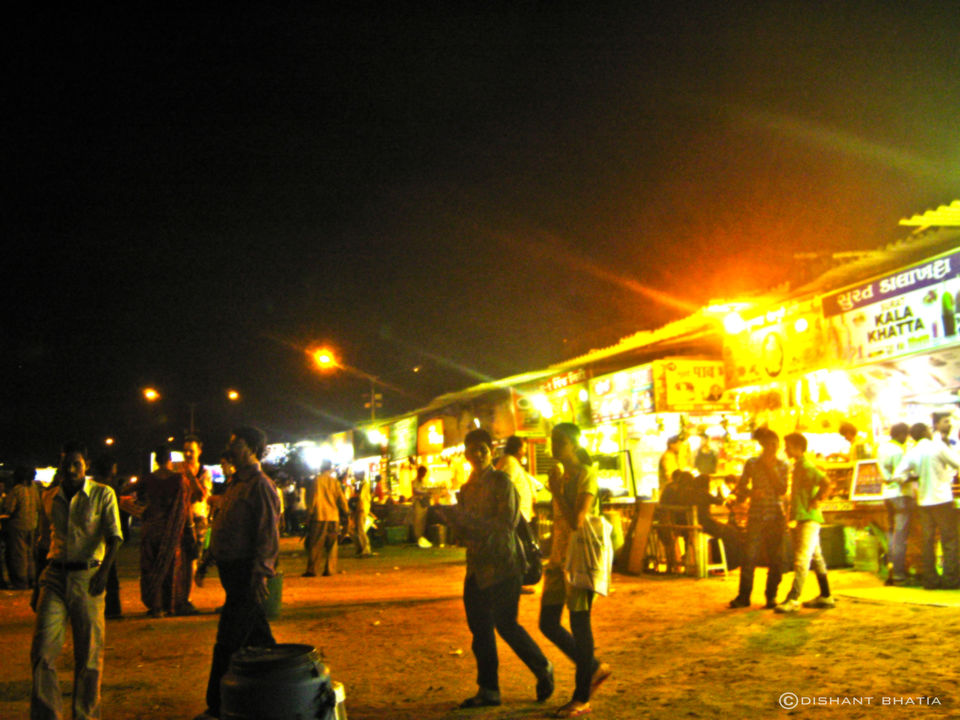 During the trip I happened to visit places which were famous for other things also apart from just serving good food. First, the Leopold Café, established in 1871, the café has a character of its own. Old, cozy, classic paintings, elite, and a place to be, defines it all. The café doesn’t have much space for all the customers but it feels as if it was meant to be like that only. Just had a cold coffee there but was contented by the ‘feel’ it served. In short, if we had to rate it like Rocky & Mayur of Highway on my Plate, I would give, “Ambience: 10/10”. Although, it is always very unfortunate to see the bullet-marks in the walls, a leftover of the terror attack on Taj. The place has seen much. 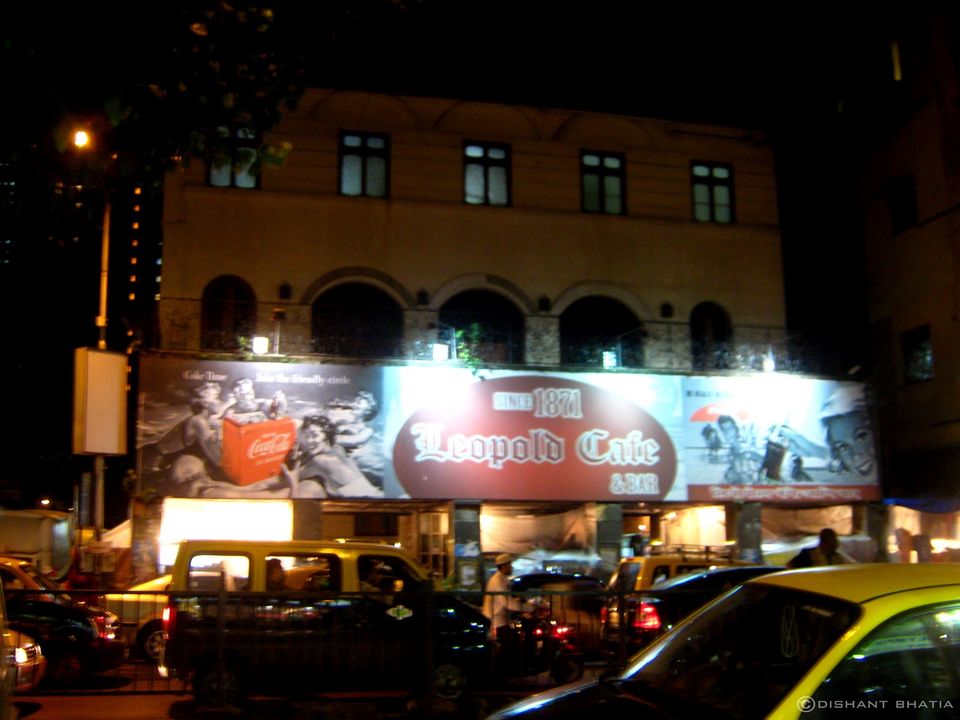 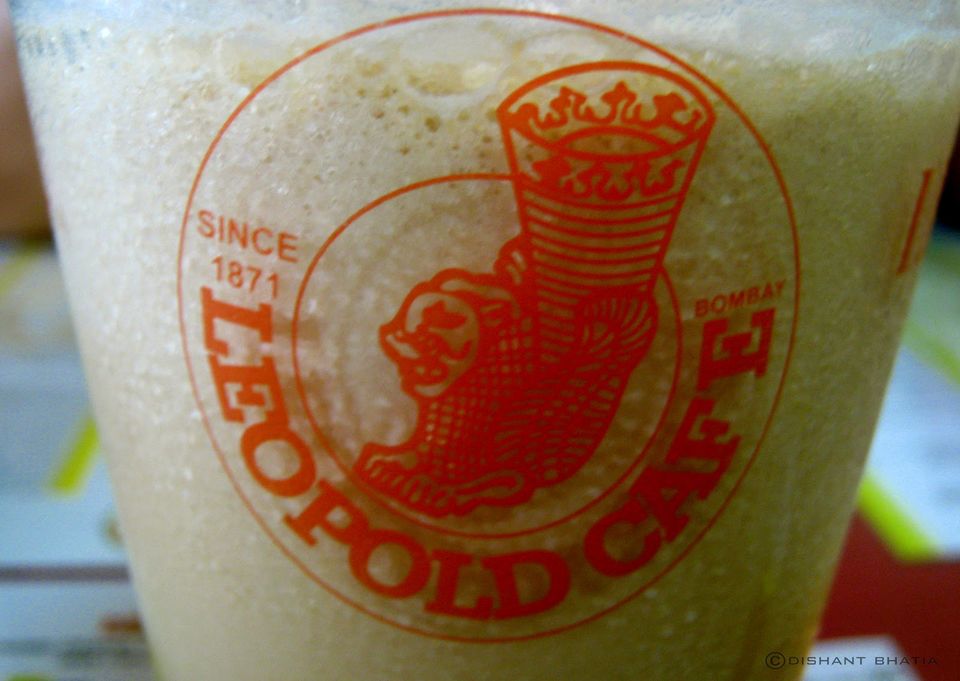 The next was Olympia. My grandpa told me about this. Back in 1985, he used to go there with his friends after office, but only had an image of it. Run by Iranians, at that time, the café spoke about its age itself. Nanu said, “The furniture is same”, and I could sense the nostalgia. We had daal - roti and a cup of coffee. It could be compared to home-cooked food, it was that tasty. I was interested in the activities going around, office-people; especially those keeping roza were there as it was dinner time. The service was polite and humble; it was in-budget for anyone, not a well-maintained structure as compared to Leopold, but still being a rival to it standing facing it from the other side of road.

My taste-buds worked full on till the end of the trip. A visit to Marine Drive on a High-Tide day filled up the voids left. Looking at the skyline of the city, gazing at the sea, feeling the breeze, dark sky waiting to burst out, constant sound of the waves hitting the tetra-pods placed on the coast line, and suddenly, a high-tide comes and floods you in and leaves a smile on the face. That moment, gone in a second, you feel you had a conversation with the heavens. This ambience and a guy came up to me selling chai. How could I refuse it? That mere single cup of chai made it theee perfect moment! Nothing could be better than that. 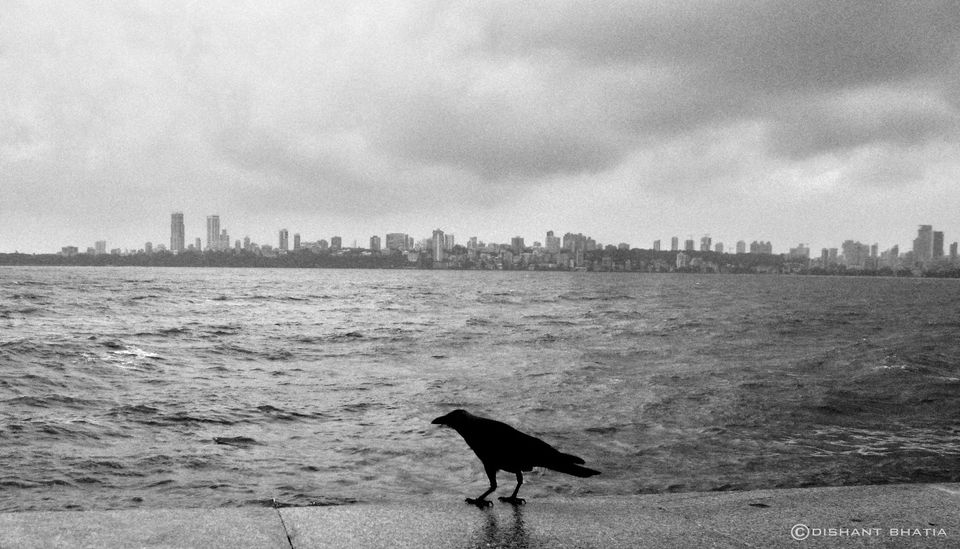 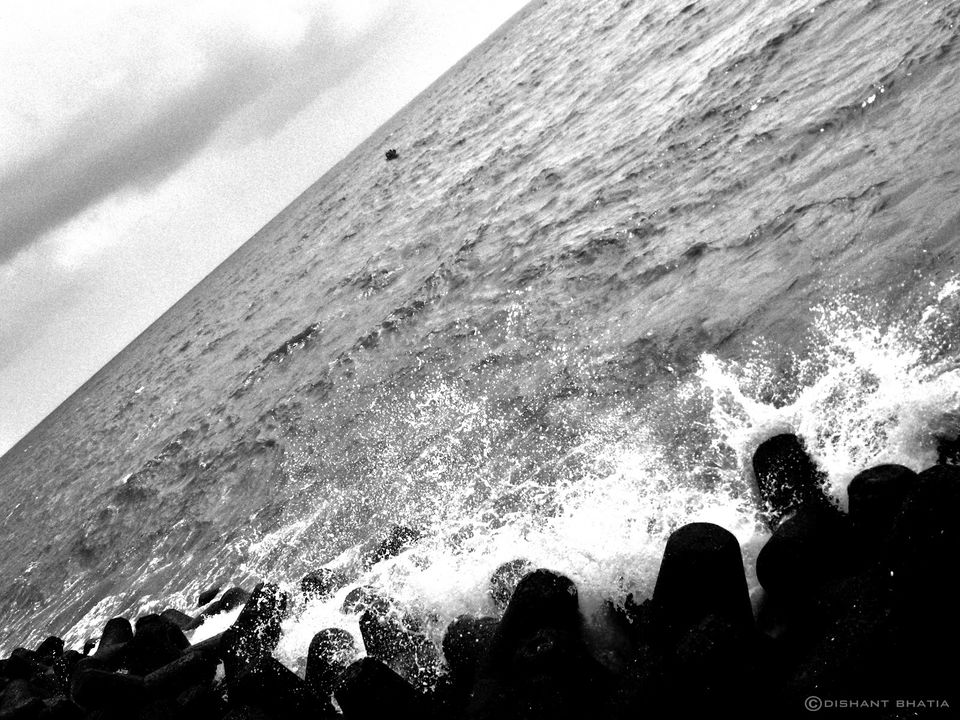 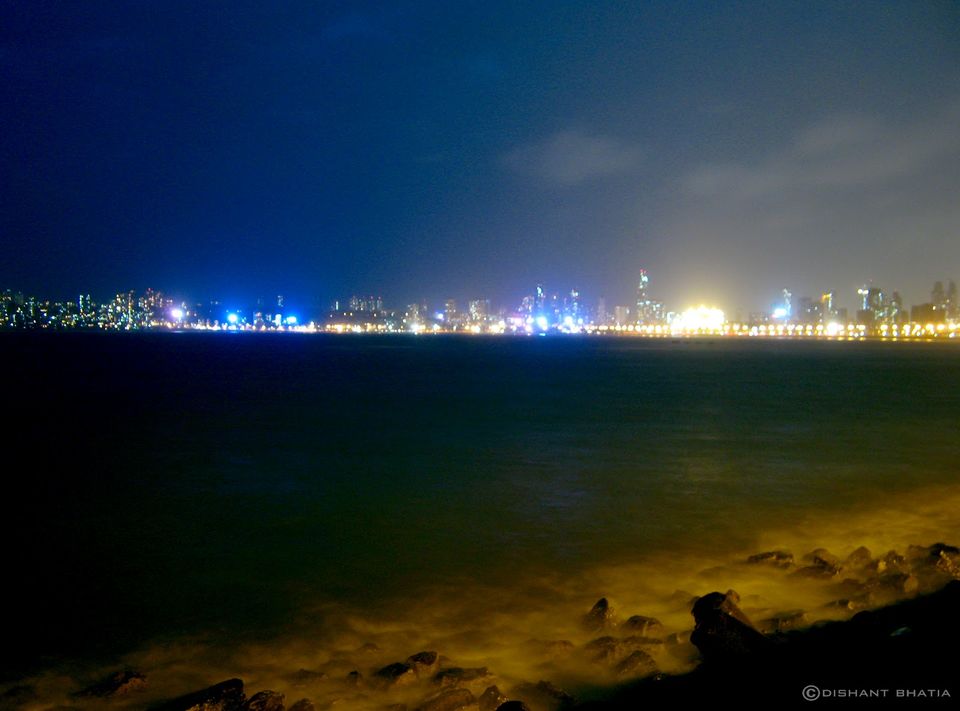 The tale continues, as I didn’t want to kill the ‘feel’ to save the text space. (Continues to the second part 'Pray' )