Life is like climbing a mountain, its difficult, its fun, its filled with ups and downs, but in the end all the hard work, dedication and the pressure will be worth it. Life will be Beautiful. 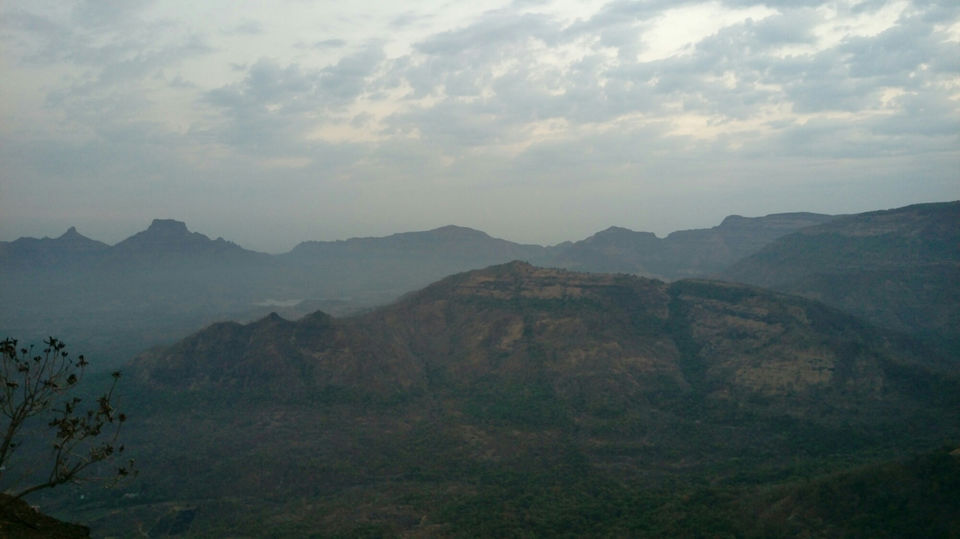 Trekking For me has always been more than conquering peaks, it is making new friends and being with mother nature or the adrenaline rush that flows. The cool and calm breeze that makes you feel rejuvenated and refreshed are all something I crave for on a trek and then there is the point of exploring with freedom. 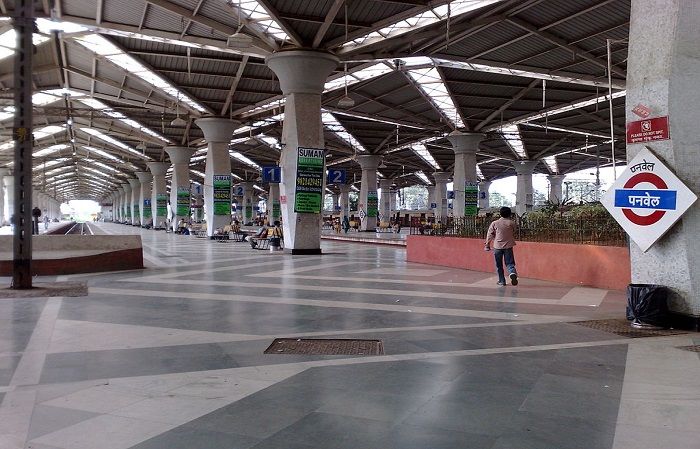 Being a travel hungry person, i always keep doing research of the places i can visit in my affordable budget and experience the most beautiful of things. I had heard a lot about the Kalavantin Durg trek from many of my friends as well as on various different treks that i have done. So ultimately i had to go for this one someday. Bored of all the daily chores, I decided to go for a Kalavantin Durg Trek. The unique thing about this was it was a night trek and we would be watching the sunrise from the top. I packed my haversack and off i went to the meeting point which was Panvel station.

We were asked to report at Panvel station at 2300 Hrs. and a 45 min drive in a 6 seater rickshaw or tam-tam, as called locally took us to the base village of Thakurwadi. We got off the tam-tams to trek up above now. The breeze was cold as it was late winters and the starts shone in the sky clearly.

The stars and the moon that shone in the sky was amazing for stargazing and we did that for a quarter hour as we waited for our guide who was making some arrangements for departure from base village for the following day. Post introduction session, we started trekking and for a few minutes the road was plain straight and torches started lighting our way. Though we couldn’t make out much of the roads we were only instructed that there were some dangerous curves and gaps ahead so we had to have a watchful eye.

It isn't the mountains ahead to climb that wear you out; it's the pebble in your shoe. - Muhammed Ali 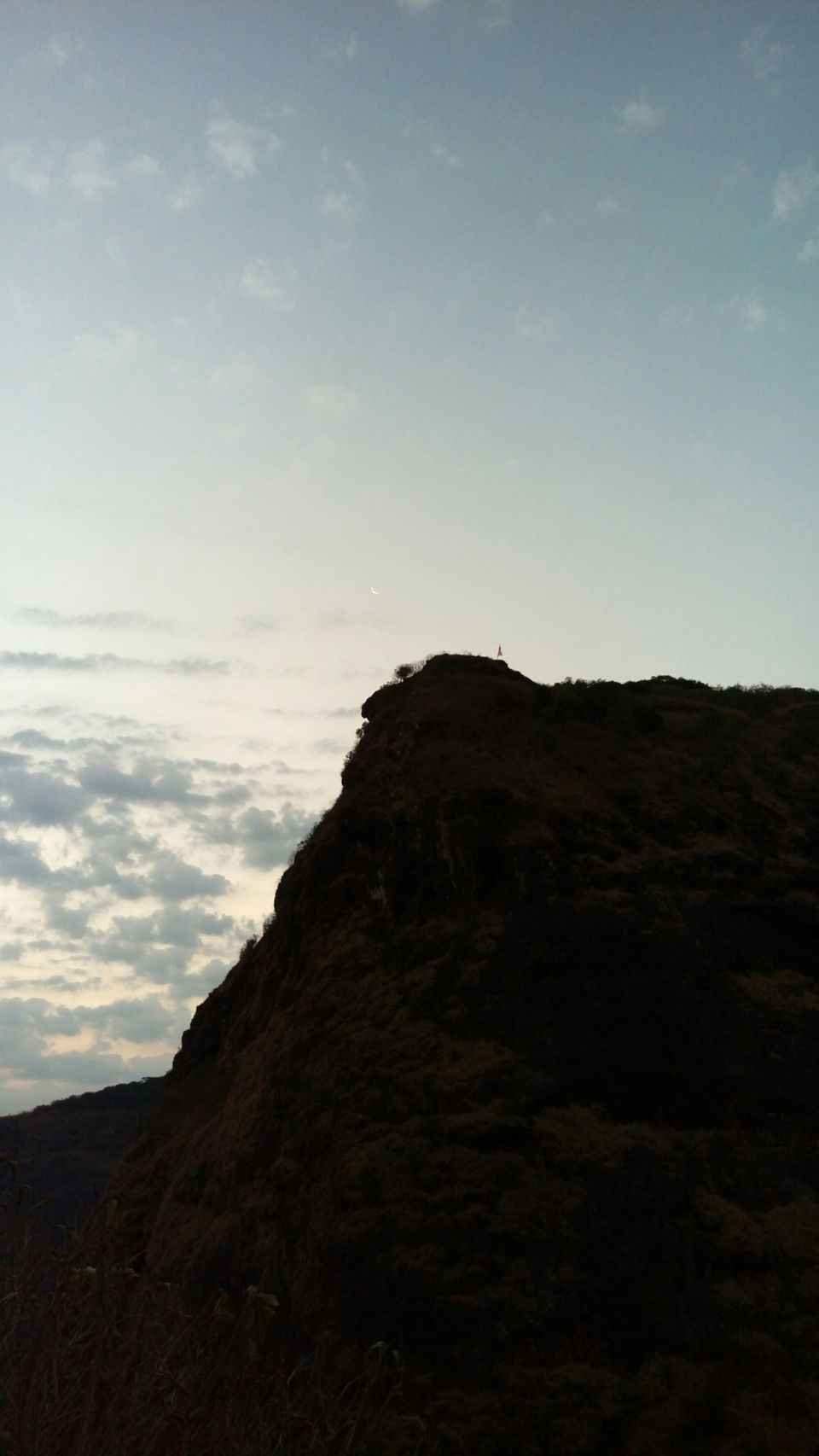 The first part of the trek was to be concluded at Prabal machi which was 2 hours from base village. From there a 45 min trek which included small portions of rock climbing to reach the top. There were a couple of dogs which accompanied us to the top of the mountain. The way to Prabalmachi started getting steeper and the path was filled with rocks and curves. We reached Prabalmachi at around 0200 Hrs. There were trekkers and campers with their tents and telescopes stargazing and we had an opportunity to peak through one of the telescopes to see the beautiful stars. 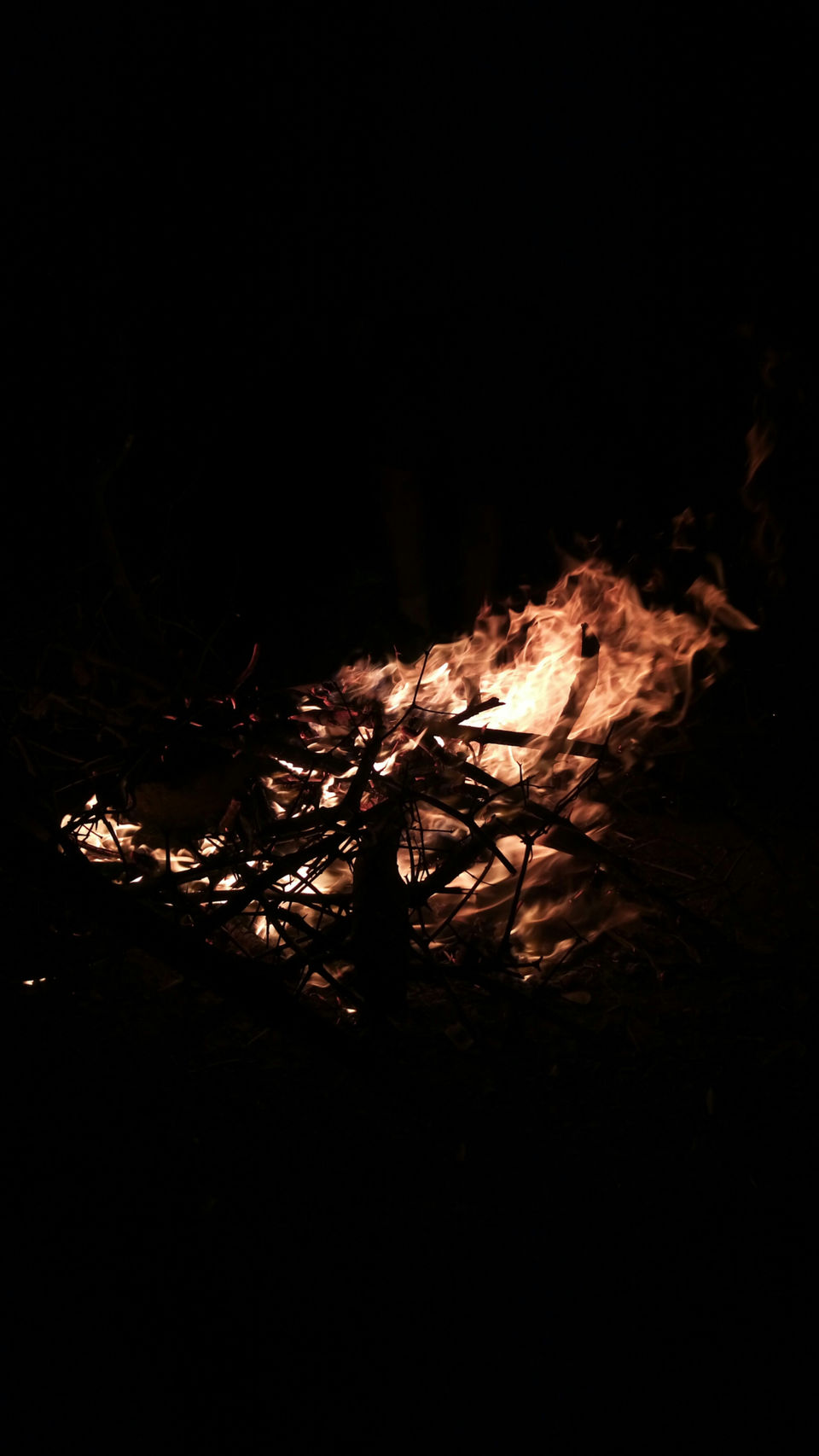 We started a bonfire as to keep off mosquitoes from biting us on the not so dark plateau where there was a small resting stop with one tubelight that gave us some light. We sat around the bonfire and started munching our snacks and sharing our adventures with each other. Before we knew it was 0430 and we were to get back on our way to the top to witness the sunset. After crossing through the silent village which felt almost haunted with dogs barking and owls hooting in the distance, but it was a village isolated from a city and that’s how villages feel at times.

After some simple walking we came to a point where there were two ways. The one to the right led to Prabalgadh fort, and the left led to the watchtower of the fort which was Kalavantin Durg. We took the left and started climbing on the rocks which were just 20-25 feet and the darkness had started vanishing and we could make out a deep valley on our left. There were steps to the top from that point which was also dangerous and uneven but as the darkness disappeared we could see the fog lit valley below.

The sunrise and the sunsets do not matter as they occur daily, what matters is what you do between a sunrise and a sunset. 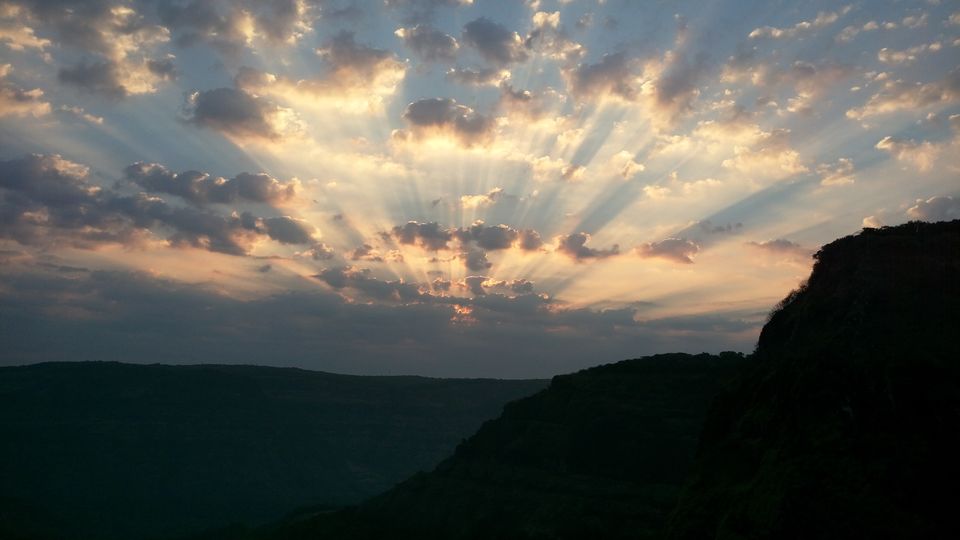 There were a few who took their time to climb the stairs and others who did it faster. We came to a point, where we had to climb another 18 feet of rock in order to reach the top. We reached at the perfect time around 0545 to see the sunrise and it was a treat to our eyes. We walked all the way up to 2300 feet to see the sunrise and it was all worth it in the end. That was the spot from where the watchful eyes of Chatrapati Shivaji Maharaj’s kingdom kept an eye on the enemy frontiers protecting two cities of Mumbai and Pune and a hill station Matheran from one point. The view was mind blowing and the sun was scintillating.

The sky takes on shades of orange during sunrise and sunset, the colour that gives you hope that the sun will set only to rise again. 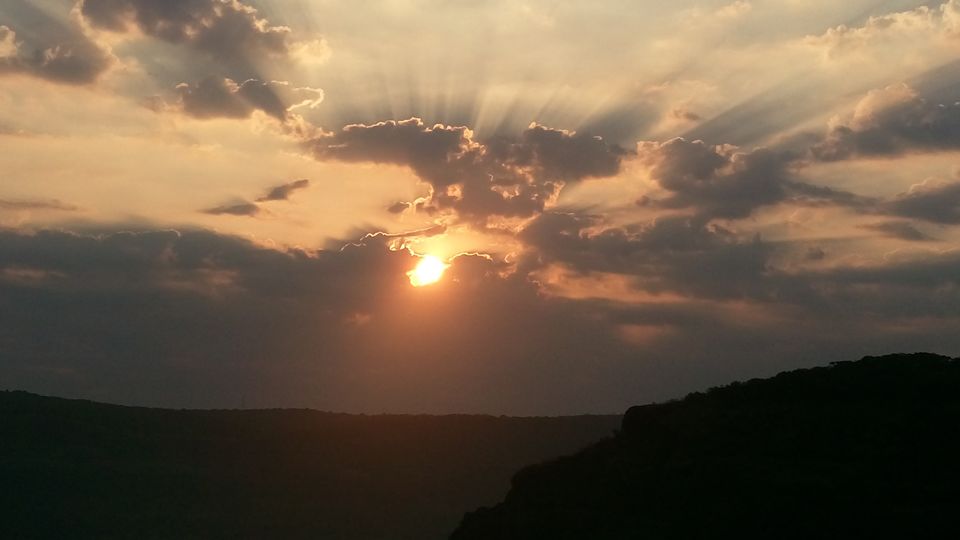 We got down after a small photo session on top and reached Prabalmachi at around 0800 Hrs as the rocks got hotter and hotter as the hour passed. After fulfilling our souls with the beautiful view from the watchtower, we went on to fill our stomachs with some healthy breakfast. The whole experience was better than spending a night at pub and having a hangover in the morning. We all on the trek had a hangover, a hangover of the breathtaking view that drenched us in the adventure as we left for our home.