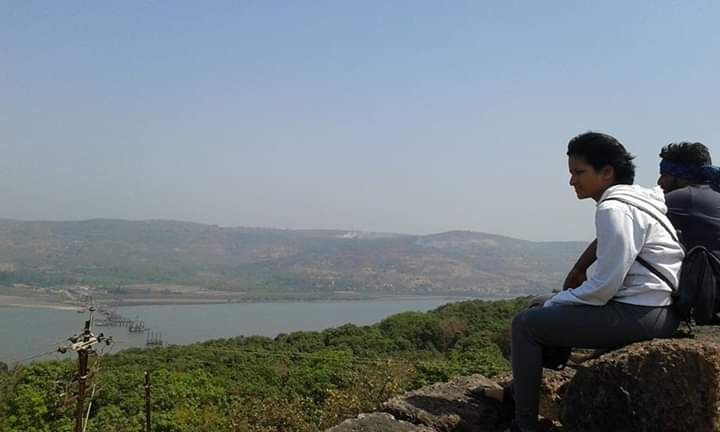 I, my mother, 2 of her friends along with a bunch or travellers started for Velas from Dadar at 11 pm on a friday night. Velas is situated in Ratnagiri District of Maharashtra. We reached Velas in the morning at 7 am and went straight to the beach. There was a trail of about 5 to 7 minutes to reach the beach. While walking there was a stream flowing on one side and fields on the other side. It was a pleasant walk. Then there were grove of tall trees which was perfect for bird watching. After the  re- freshening  trail we reached the beach, I was absolutely mesmerized to see one of the clean and beautiful beaches of India. Many travellers visit Velas for the famous Turtle Festival. Earlier, the Olive Ridley turtles females used to come to this beach to lay eggs. But because of the ignorance of the villagers about the fact that how important turtles are to the nature, either the eggs were taken away by the villagers or by stray dogs and jackals. This lead to only few of the baby turtles to make it to the sea. As a result the Olive Ridley specie of turtles became endangered. Then there was a great initiative taken by the Sahyadri Nisarg Mitra Mandal along with the help of the villagers to conserve this specie. Now they celebrate the Turtle Festival in Velas in the months when there are highest chances of the eggs to hatch i.e. March & April. After getting in depth information about the festival there we went to our homestay to get fresh and had local breakfast there to get energized for the long day ahead. We were then headed for Bankot Fort which was the first residency of the British Raj in Southern Konkan. We had to hike for like 10- 15 minutes to reach to the fort but it was all worth it after looking at the view from the top of the fort. We could see the dense forest, the beach and the endless sea. It was magnificent. We explored the fort for a bit and then left from there to have lunch. The vegetarian Konkani food is absolutely delicious and the fact that it was all made at home, made it more tastier. In the evening we headed out for exploring the village and found out that the locals there were extremely sweet and helpful. We went to the beach to see the sunset, and it was one of the best sunsets I had seen in a long time. The villagers who had volunteered along with the Sahyadri Nisarg Mitra Mandal told us that in one of their houses they had made arrangements for the travellers to see a documentary on Olive Ridley Turtles and their purpose of starting the conservation. We went there and were amazed after watching the documentary. It was indeed an extravagant thing for having mobile network there, internet was way too far for them. They were selling some souvenirs there. All of us bought few things even if we did not need it because that money would be used in conservation activities so we also felt that by we also helped them by doing a small bit from our side. After that we went to our homestay again for having dinner. The people who had provided us with the facility of home stay told us that we could go for a night walk. Few of us went and few stayed back. There was a whole new thrilling adventure waiting for us. The streets were narrow with no street lights. After walking for 20 minutes we finally found a spot near the beach. It was a perfect night for us travel junkies as we sang songs accompanied with cool breeze passing by.  We spotted 17 shooting stars by then. It was my first time seeing the shooting stars and one could nit imagine how happy I was. While counting the stars we thought it would be better if we lay down to admire the beautiful sky. Little did we know that there were buses going down the narrow road at 11 in the night. Luckily one of our fellow traveller saw the headlight of the bus and screamed his lungs out to make us aware otherwise we would have been crushed by the bus right there. This literally happened withing a fraction of second after that we were all aware of our surrounding. It was getting late at night so we headed back to get a good night's sleep. 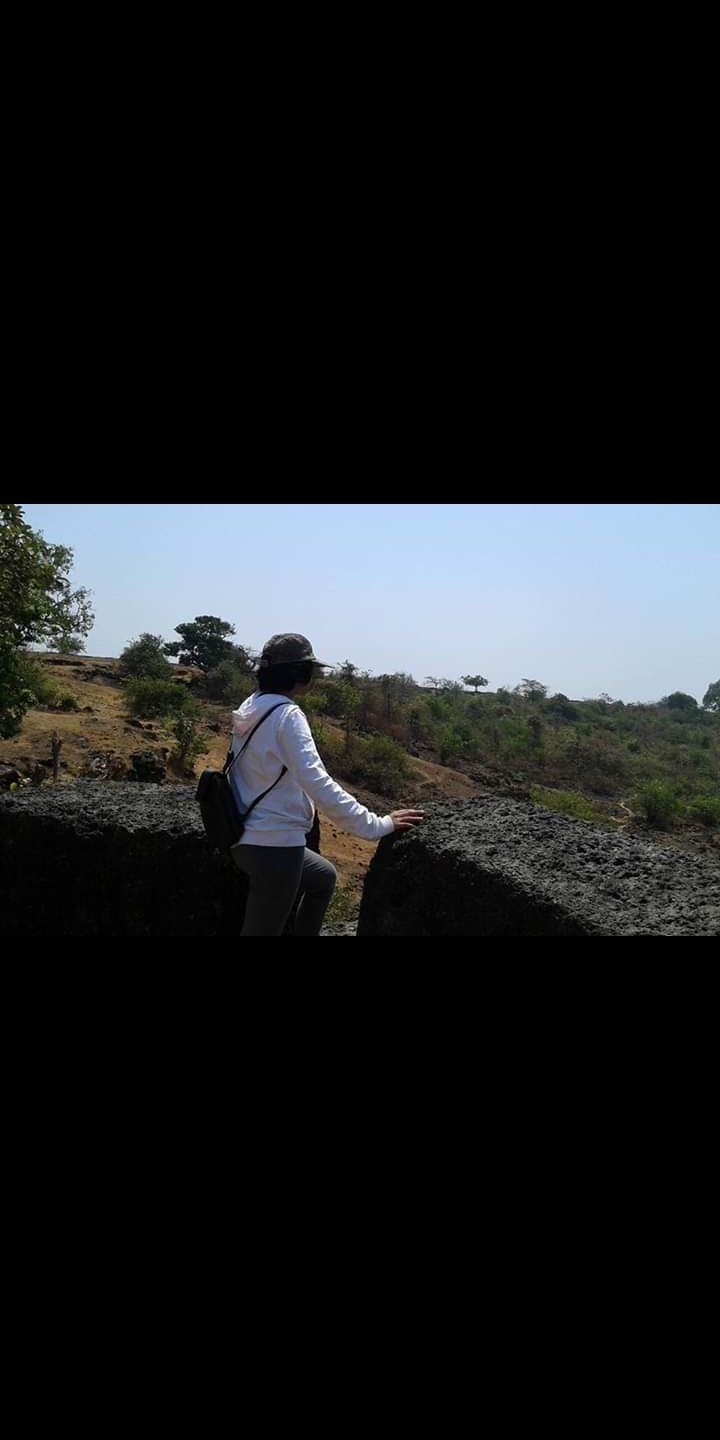 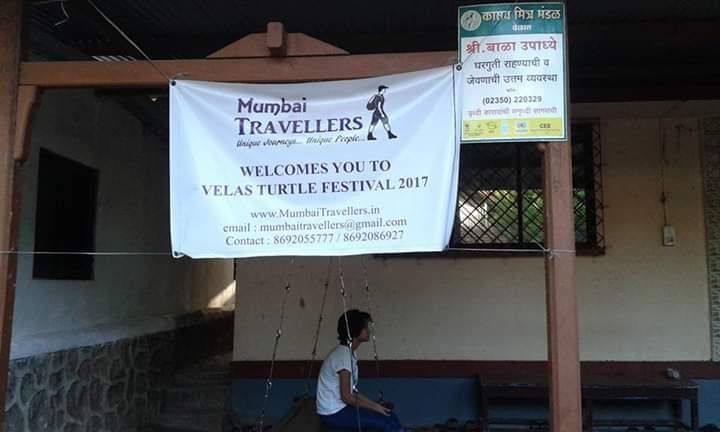 The long narrow roads of the village 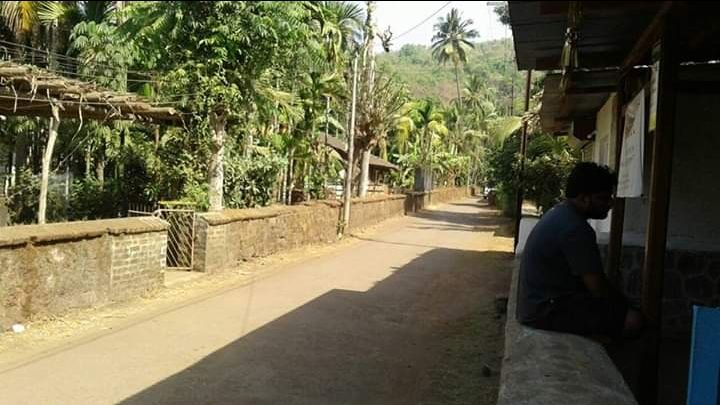 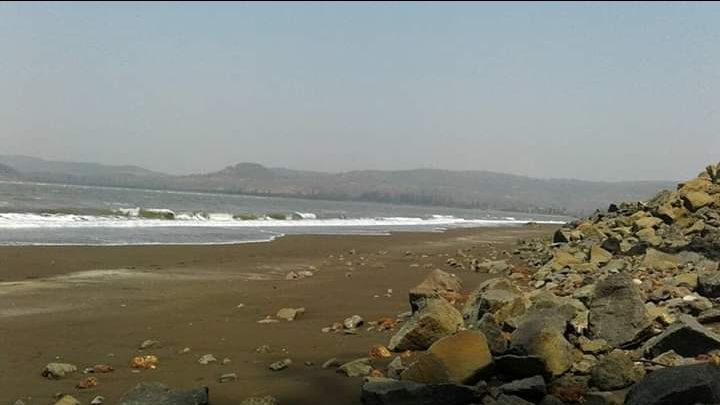 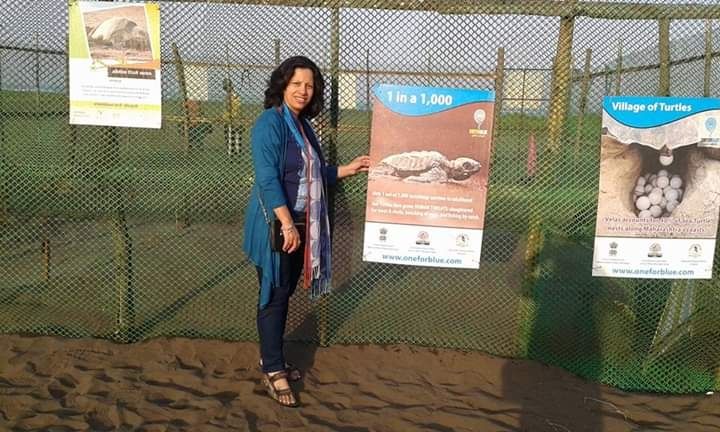 View from the Bankot Fort 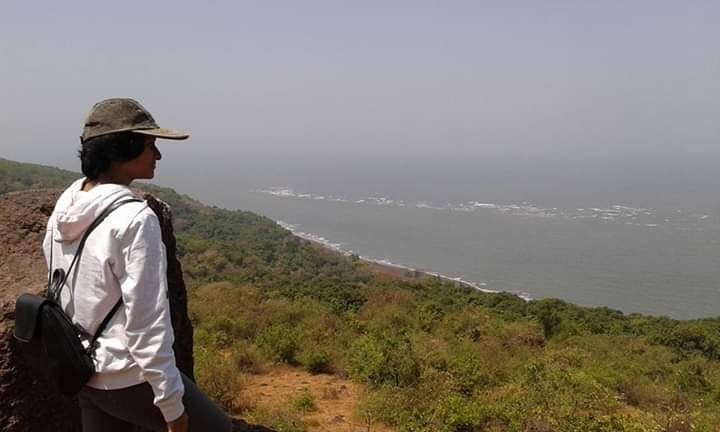 The fun loving bunch of travellers 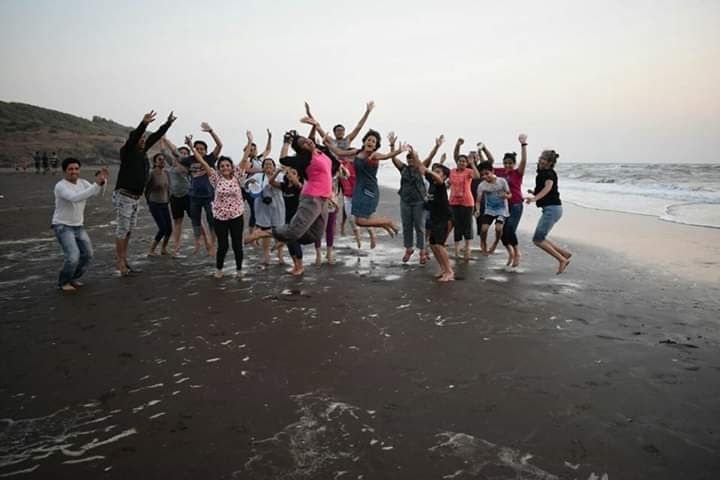 We woke up early and excited on Sunday to see the turtles. We had a pleasant walk to the beach. As we were reaching  the beach we could see alot of crowd near the place where the eggs where kept protected. After getting there the locals told us that the temperature last night had fallen so the eggs were not able to hatch. We were not very happy to hear this because we could not witness what we had come to Velas for. But then I realised that I would definately have an urge of coming back to Velas to see the baby turtles make their way into the sea. We were not really upset or it did not ruin our day because we had alot to cherish from this trip. We then spent some time at the beach and went back to our homestay because we had to continue our trip. After having breakfast there we explored the backyard a bit where we could see alot of different types of tree plantations and also different species of birds. They had cow sheds and also a well where we could see a few turtles and fishes. We had a great time there and continued our journey further with the same enthusiasm.