Scuba dive with watersports for around ₹2000 near Goa

So I was searching online for the cheapest way to scuba dive in open waters since it was on my bucket list for a long time and I found multiple option near Goa first one was near grande island and there was another option which was a day trip to Malavan which is about 100 km from North Goa.So I booked it on a website called thrillopia for combo package of ₹2200 there was the option of scuba diving ,jet ski,banana ride,bumper ride , parasailing and also commute transit and lunch was included in it .So next day early morning I got a pickup from near church in Arpora ,North Goa in a tempo traveller where I met several other traveller who going for the same experience.So after about an hour into the journey to Malvan, there was a halt at a restaurant on the highway where we had delicious Masala dosa and Tea which was also included into the package. After the Meal ,we went on a scenic drive to Chiwala beach, Malvan where we going to do the activities.After Changing into Dry Fit clothes and keeping our belongings into a locker at the beach we were seperated into two groups where the first half was going to go for the scuba dive and the other was going to do the water sports.So I went on a small boat to a larger boat where we were going to do the parasailing activity .It was very fun to be on probably birds eye view and seeing the beautiful horizon and beach from the top while parasailing .After the ride we went to do jet ski , banana boat rid and bumper boat ride which were thrilling as riding the waves and getting thrown in the middle of sea was scary and super Fun. After completing the watersports activities we went on boat ride to the dive spot where we were given equipment and given instructions and safety measures about under water diving and a demo . After the instructions session,we headed underwater and it is whole new world out there .This was one of the best things I have ever done seeing those schools of fishes swimming next was very surreal .After the completing scuba dive,we went for shower near the beach,changed into fresh clothes and were given  delicious home-cooked local  Konkan style Chicken thali meal .After the meal ,we went to receive the video footage of the scuba dive from the organiser which was complimentary and then headed back to North  Goa 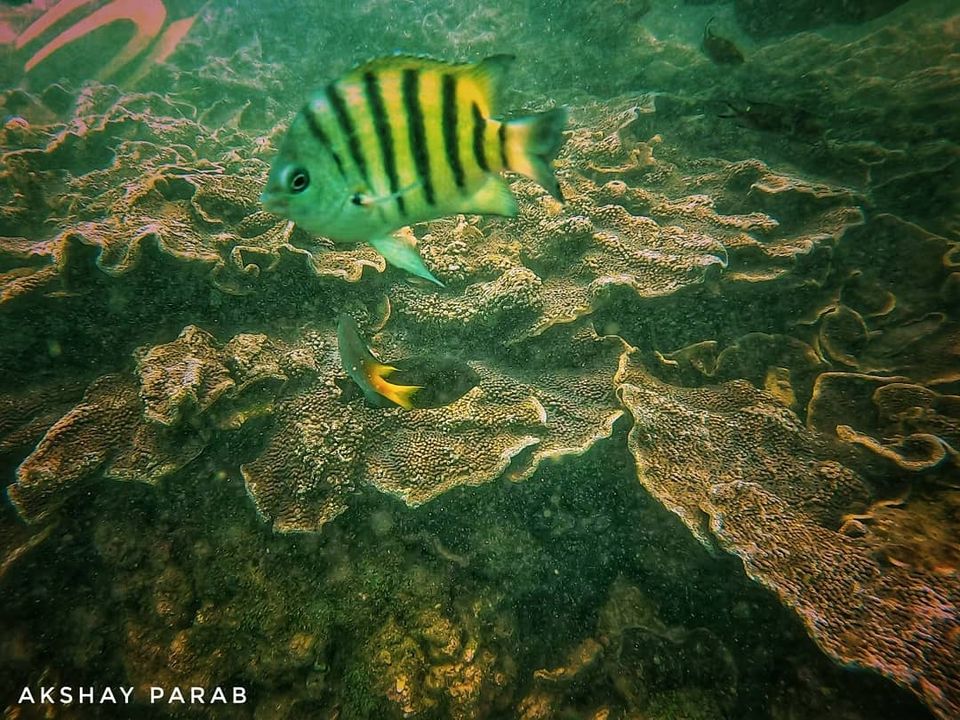 A school of fishes near me 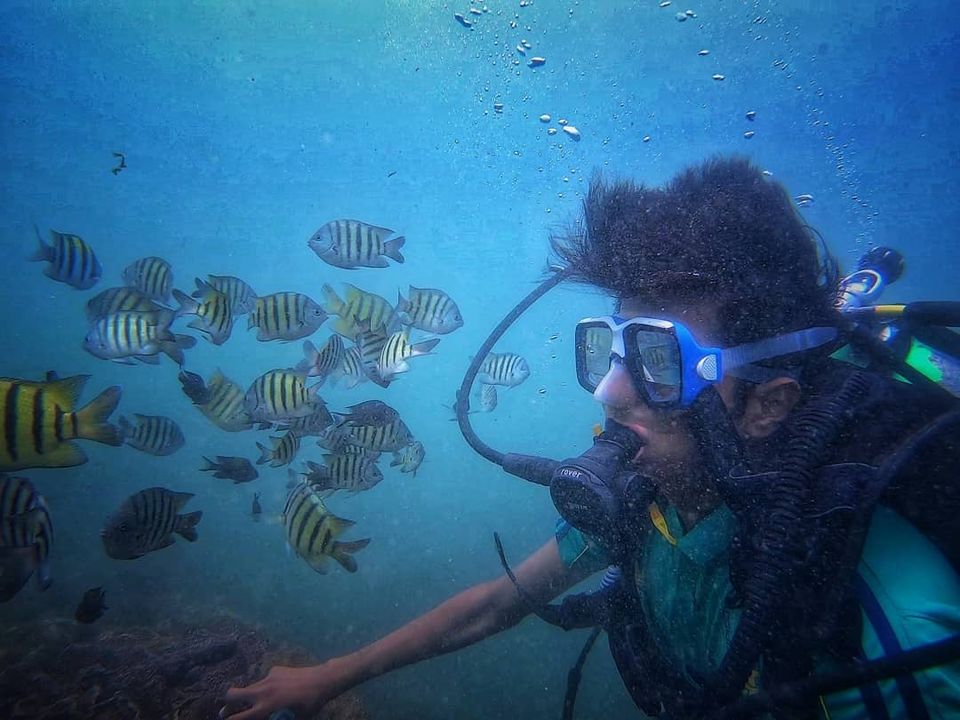 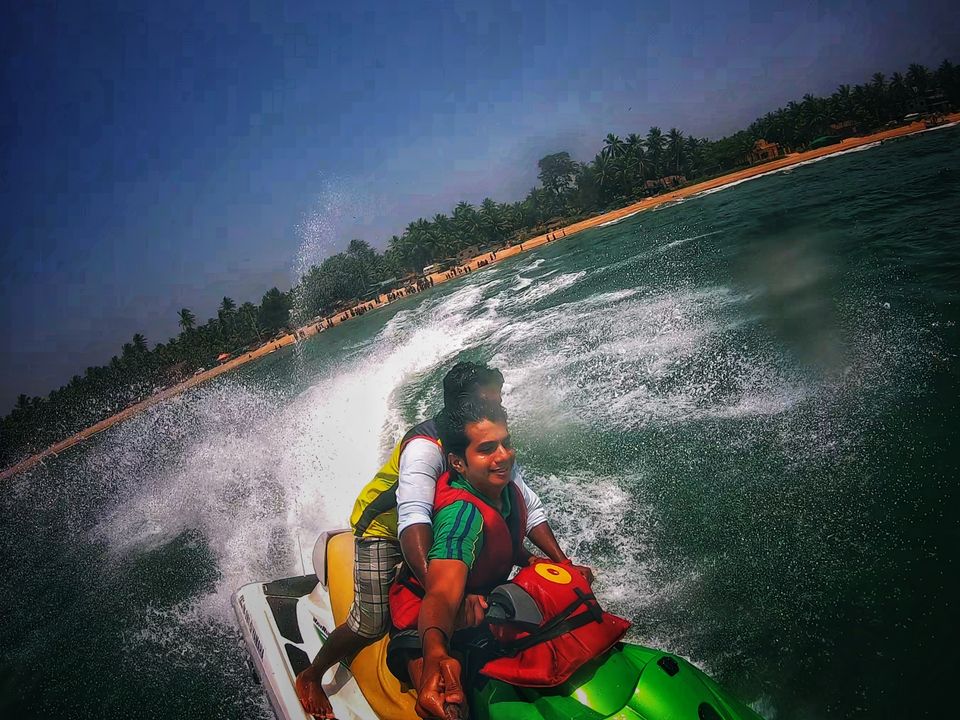 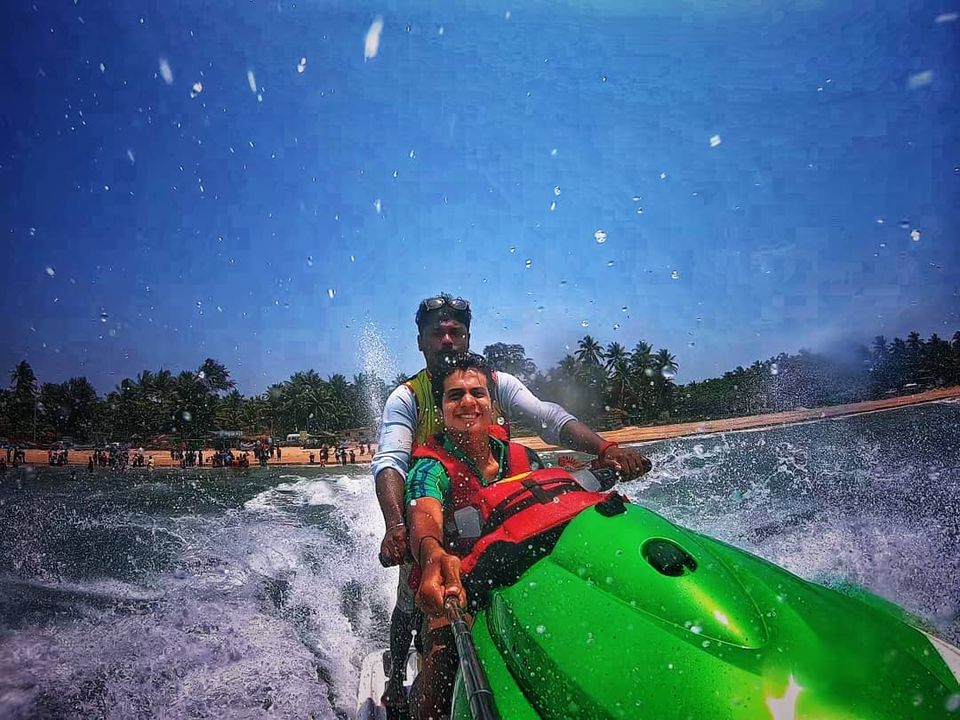 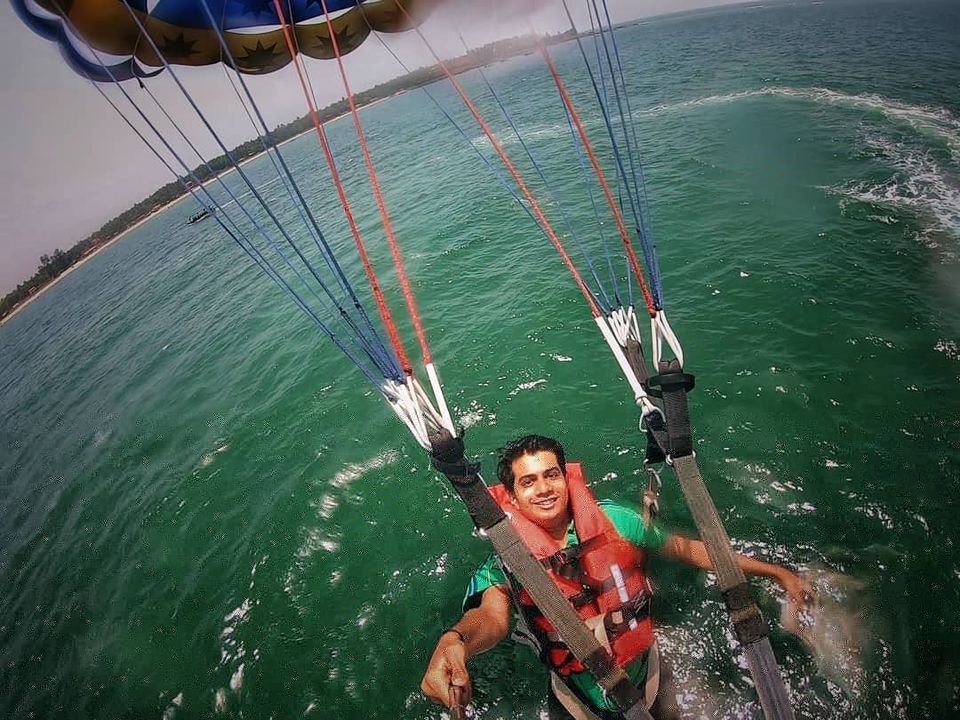