Oar and paddle...sailing across Naini lake 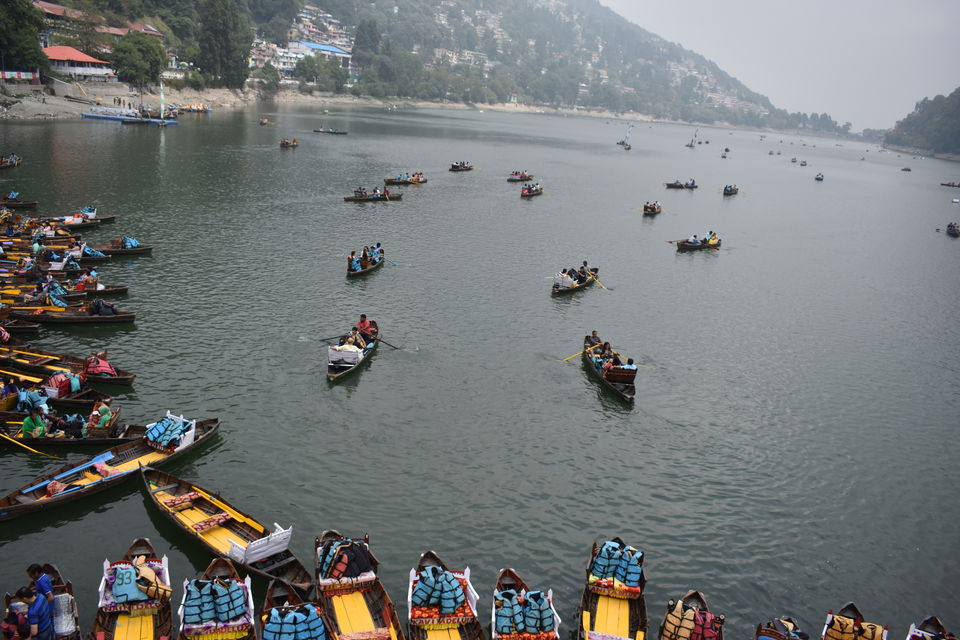 “Out of the city and over the hill,

Into the spaces where Time stands still,

Taking the way where warriors once stood;

But finding a friendly place where I can stay’’. 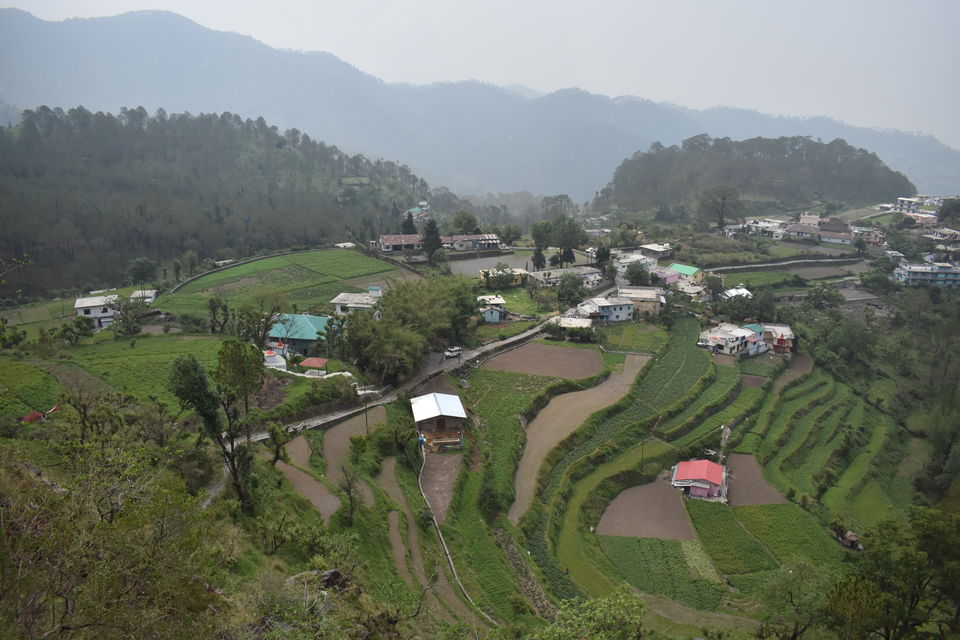 Naini Lake : Under the rising Sun the canoes are getting ready for the travelers. 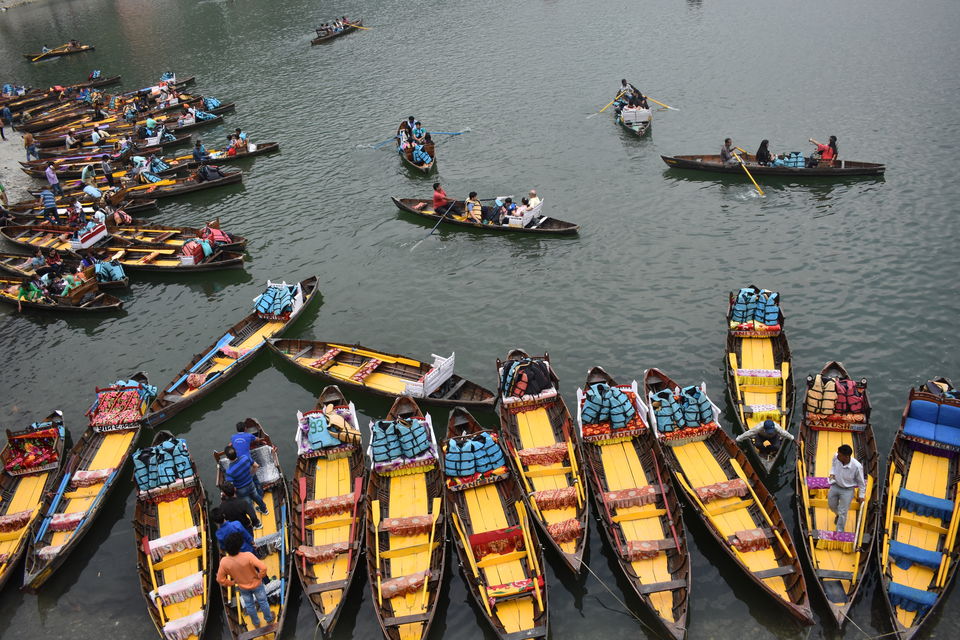 I visited UK as a part of an exchange programme in 2015. I met with a cultural swing & a stark contrast in climatic conditions which were part of my itinerary through out my stay. My association with England allowed me to host some of my friends here in India. Michel & Louise arrived in India in the month of February.

Nanital happens to be a hot pot for travel junkies throughout the years. I planned to take them on a ride to a place which is full of wonders. Navpreet, The son of the chairman of my organization accompanied and guided us on a trail that was full of unexpected turns! It was around 7:30pm and we reached our destination. The cracking sound of the chill wind & light drizzles on the window sheets of our car welcomed us with different strokes. The lake (Nanital) is situated at an altitude of 2000m ,and it is land locked by great rocky walls of Himalaya. It made us adorn the place for quite a long. The temperature falls at an alarming rate and it was absolutely necessary that we follow the rituals of Himalaya. The pullovers & jackets came handy, we checked in (date) at 8:00 pm with not much to do except glaring at the beauty of the city under the night sky. Our stay at hotel -Maharaja Seemed to be a good bargain .Our foreign guests loved the view from the lake faced room with a set of balcony.

The restaurant of the hotel served us an early dinner. The food was served on regular porcelain plates and bowls, but the fragrance and spices could not stop me from drooling. It was really a delight after a long ride to have a meal full of local dishes cooked with love and affection. Michel & Louise found many new dishes to bring back to UK to experiment. I was certain that few among them were going to stick to their memory walls. Navpreet told us to start early to next day. So I rechecked my planner and we decided to go for an early boating on the lake. So to relax and to sink in the prelude of our next day adventures. I took shelter on my cozy little twin bed and prepared myself for a morning stop by the pool. It was all in the air when we travelled and reached close to the lake we found that the real beauty of the place is actually unfathomable. Our sole purpose of floating on the lake took back sheet for few minutes. A gaze of wonder solicited the mask of amazement on my soul. It registered the urge of scaling all the angles possible in its own psychedelic way.

Boating on the placid lake had its own share of importance. Michael tried to flex his muscle so he hired a traditional paddle boat and I was happy to give the rights to its owner, the half and hour boating was just a great beginning for all of us. The view of the mountains, the reflection of sunshine on the pristine water, and all the dotted settlements from the distance made it really cool. Meanwhile I was hooked by my boatman. The myth that is worthy to enough to note that the localities believe that the main lake of Nanital has no limit at bottom. So it is bottomless and it is a miracle – as the boatman said. The myth works pretty well to ponder over the existence of such a lake at such a great height. Bottomless or not but the abyssal expansion of my feelings was already engraved deep inside of my heart. After the expedition on the lake we went for height & altitude zoo. There we walked a great 2-3 km against gravity and finally reached the sanctuary all out of breath.

The place is situated at an unbelievable location. You can have a great view of the entire city around the lake from the place.

The sanctuary has all the information in minute details all over the place. We wanted to see the Real Tiger. The great White Tiger, white Peacock , angry twin Leopards ,and Giant Gorillas were in our list of excitement

The tiger and its cage..

“Tyger Tyger burning bright, In the forests of the night: What immortal hand or eye, Dare frame thy fearful symmetry”, lines from William Blake’s Tyger Tyger played in my mind. The visual delight symmetrically coordinated with all that feeling of Blake, and it was just an admiration in the loops of my mind, swaged by King of the jungle. Though it’s captivated but the looks never changed! The high Altitude zoo surprised me in its every nooks with its simple yet extraordinary caged inhabitants. It was a very good experience for my foreign friends to see those wonderful animals which otherwise could be wild enough to give us a real diastolic pressure in open air. Nonetheless, for me the real charm of high altitude was the white peacock and the grunting leopards which were contrasting in characters. Though my friends from far away from the West were perplexed by the leopards for jaguar, but the prowess and majestic stroll of those arrogant predators made it a real deal. My photo enthusiastic self took a back stage in admiration of all those beauties. Admiration is granted in the enclosure. It had much to offer to our inquisitive souls.. The zoo has great lot of information about all the animals written on placards and info boards outside. I was thrilled to bits to find my wildlife enthusiast inside which stayed throughout the journey. William Blake- lines apprehended my senses, and I was lost in that little moment of adulation. Sparked by the Sun kissed misty morning the admiration never ended and it was a journey all the way down to find other sources of inspirations that Nainital had to offer. I believe, it is in the pursuit for the happiness, that we find the true peace. A craving for exploring the local culture and tradition finally landed us on the mall Road. It is one of the posh areas of The Place. We knew a little about anything that the street offered. A more resolute Louise wanted to try her luck with Indian costumes. Customs are different and costumes are just a sole reflection of that Great belief.

Our exit from the zoo brought us back, our world which was not so mystical. The walk against the gravity was no longer in our itinerary, so we hire shuttle service which dropped us by the lake with no time. (Around 1pm we reached a place) They call it Suicide point. My mind was full of curiosity, not because of its name, but also because of its natural setting. Anyone can find the wide expansion of nature and the power of its existence from the wide stretched mountain cliffs. We acted like cliff hangers from suicide point and tasted the wind on the edge of life! Lovers point, Suicide point and many more points are there to admire the outstretched arms of Himalayas & its reveating structure.

I never thought I could feel the alien air as of my home. I felt we had nearly travelled all the natural sited that the mountain city had to offer, but I was wrong, as much as we scaled that much we began to learn. It was best when we were on the winding parts of Nanital, driving, exploring the mountain culture.

Sometimes losing self generated predications can help to explore the real nature of a place. “I wondered about the trail, I wondered about the wind, I wondered about all the assets that helped me feel one of your own!! The soulful conscience keeping agent of my own helped me travel a little off the chart places. We travelled few km. above Nanital on rough ragged surface, when we finally had our tracking bug released at afternoon we climbed about good 7-8km above the Tinsel town down below. Little did we all know, that the place we travelled to was already on the map. So there we found few good little cottages and few well maintained narrow trails lead to the little cottages in the beautiful mystical territory of Nanital.

Colorful birds, butterflies, few lizards and squirrels greeted us on our way up. The amazement of being surprised had its own share. Had that been in our itinerary, it could have not possibly that amazing. The sun finally interviewed our soul gazing, the setting sun guided us to our trail below. The memory wall was already overloaded by the raw emotions, So I could not stop myself from recalling the lines from Louise Armstrong: “What a wonderful world.”

The trip which was full of random selection, about to see its final turn. I headed for our much known lake side street, and crossed the lines with all things bold & beautiful our minds. I kept on recalling the day, when I planned the trip, and I felt proud of myself, thinking I could not ask anything better than that.

Kudos to my foreign friends! A trail with so different stories to tell, Nanital. #BestOfTravel

Dehradun's Jolly Grant airport is the closest airport.Apart from that one can reach via Lucknow or Delhi by road.It is well connected with road ways. From Delhi it is approximately 300 Km via road.

Season to remember: You can enjoy the four seasons in Nainital. The best time to visit, though,February to june.The route gets little tricky during the Monsoon.So avoid Monsoon.Rest of the seasons are as jolly as anywhere in the world. 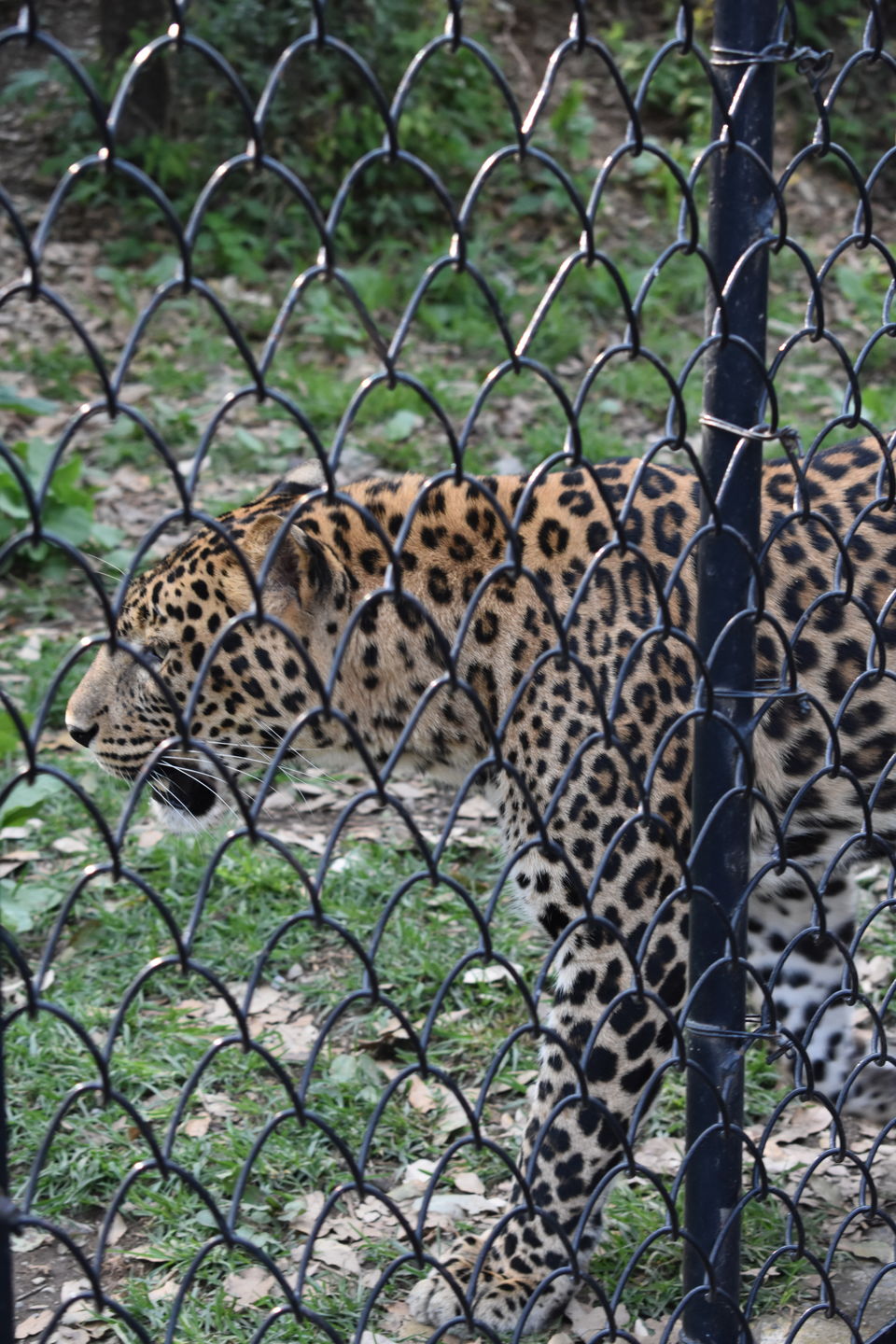 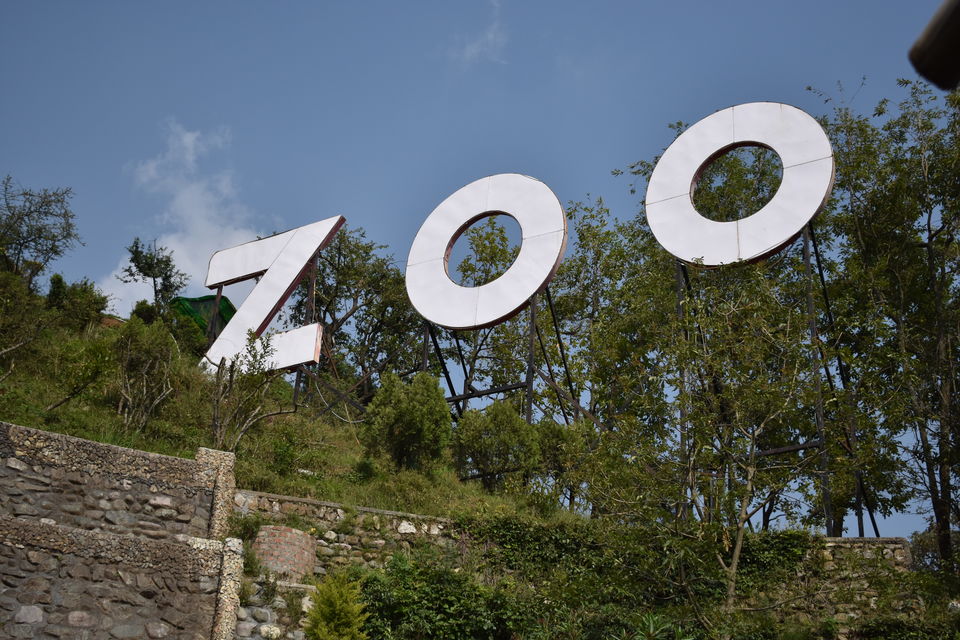 The undying bond of love 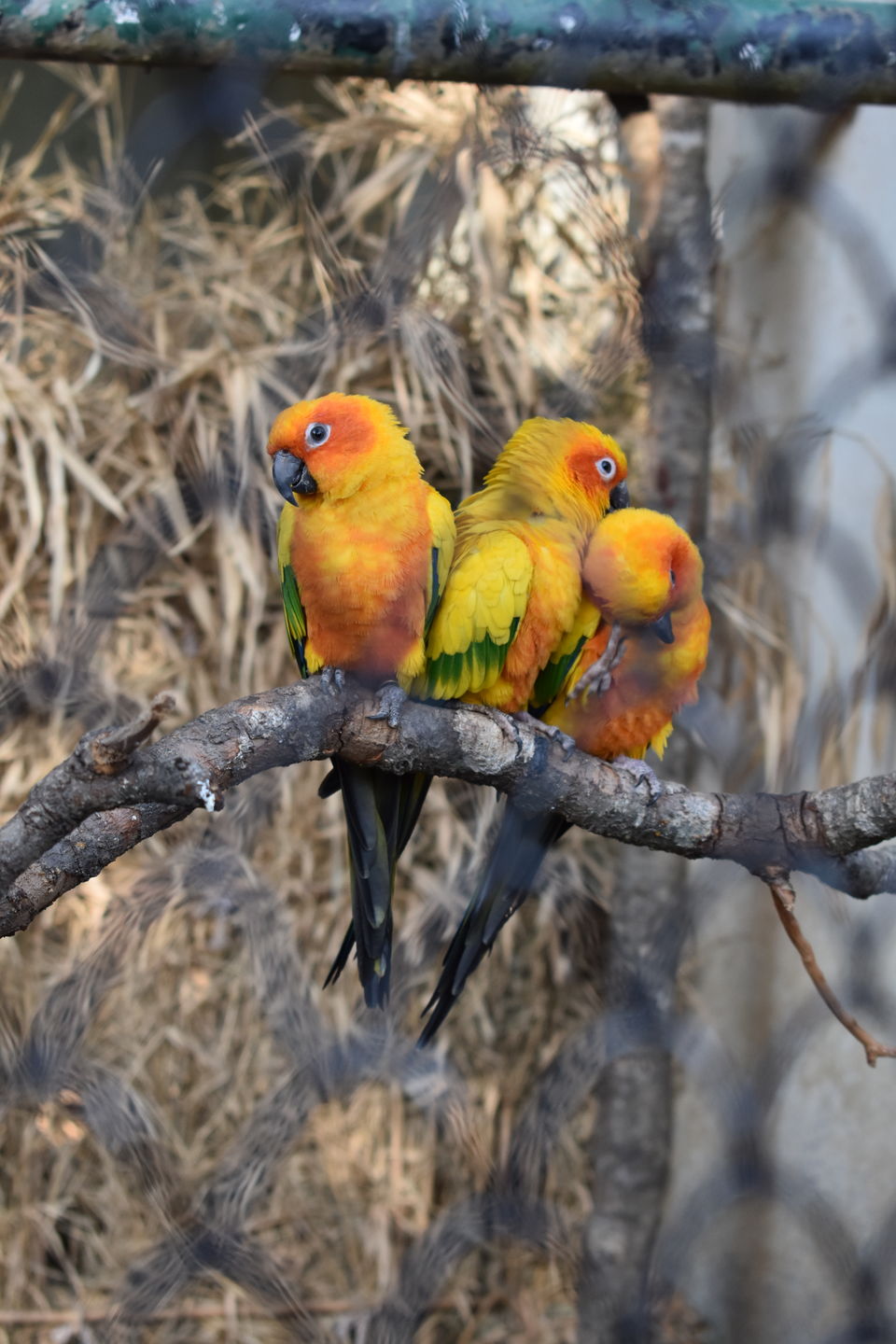 City at night: A view from the Mall road 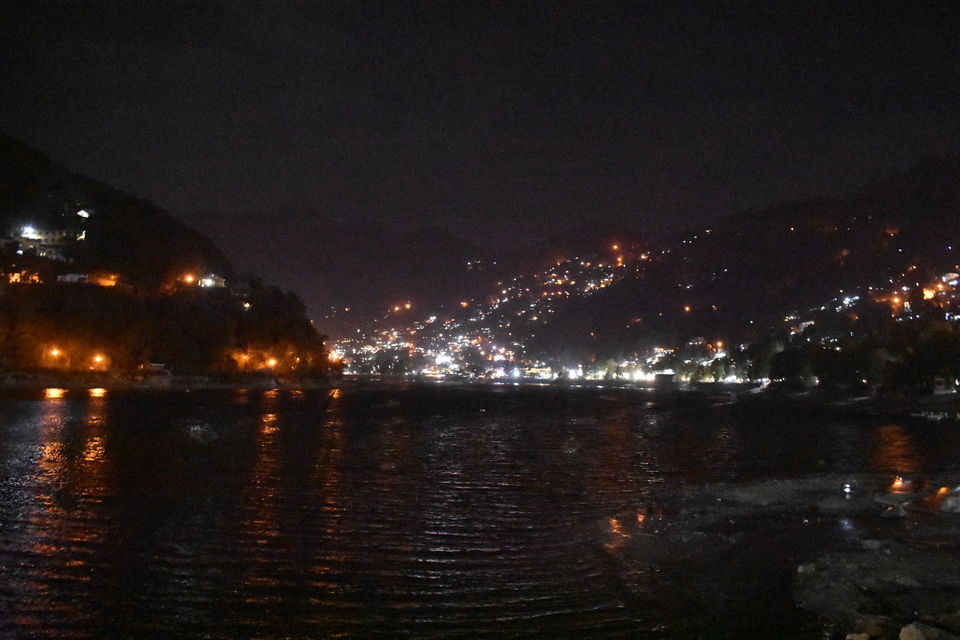