The jewel of West Sikkim: Pelling

A land of pristine lakes, picturesque waterfalls cradled by lush mountains whose horizons are guarded by mighty snow-capped behemoths and blessed by mystical chants from centuries old monasteries. Seems like a wonderland from a fairy tale? Very much so! And this fairy tale place is the sleepy little town of Pelling in Sikkim.

Pelling welcomes all visitors with a laid back atmosphere. With the omnipresent views of the mighty Mt. Kanchenjunga, the town soothes the tired souls of all travellers. Located in the West Sikkim district, at an altitude of 2,150 m (7,200 feet) Pelling is 10 kms from the district headquarters of Geyzing. The town is colloquially divided into Lower and Upper Pelling with the helipad ground sandwiched between them.

A paradise for the "escapists" trying to run away from the cacophony of the city lives, it is a hill station like no other. An atmosphere of peace hangs around the town, among chirruping birds and prayers emanating from the confines of the nearby monasteries. During the day, one is always under a canopy of green with the sun playing hide and seek from behind the branches and an awning of twinkling stars smiles back at night. An addictive fragrance from the mountain blossoms and incense sticks from monasteries fills the air while festoons of brightly colored prayer flags flutter away carelessly in the brisk Himalayan breeze.

Pelling offers an ensemble of places to visit with immersive experiences to take back and cherish for a lifetime. From gushing waterfalls to centuries old monasteries shrouded in seclusion, from ruins of the old capital to serene paths to walk on, Pelling has it all, under the ever present blessings of Mt. Kanchenjunga.

Kanchenjunga Falls: Half an hour's drive (25 kms) from Pelling, Kanchenjunga falls is a perennial waterfall that is one of the major tourist attractions in the region. Gushing through wooded hills, it is an uninterrupted torrent of glacial melt plummeting from a high cliff creating a deep plunge pool. The deafening roar adds more awe to the already dramatic environment. It is believed that the pristine waterfall originates high up in the glaciers of Mount Kanchenjunga. 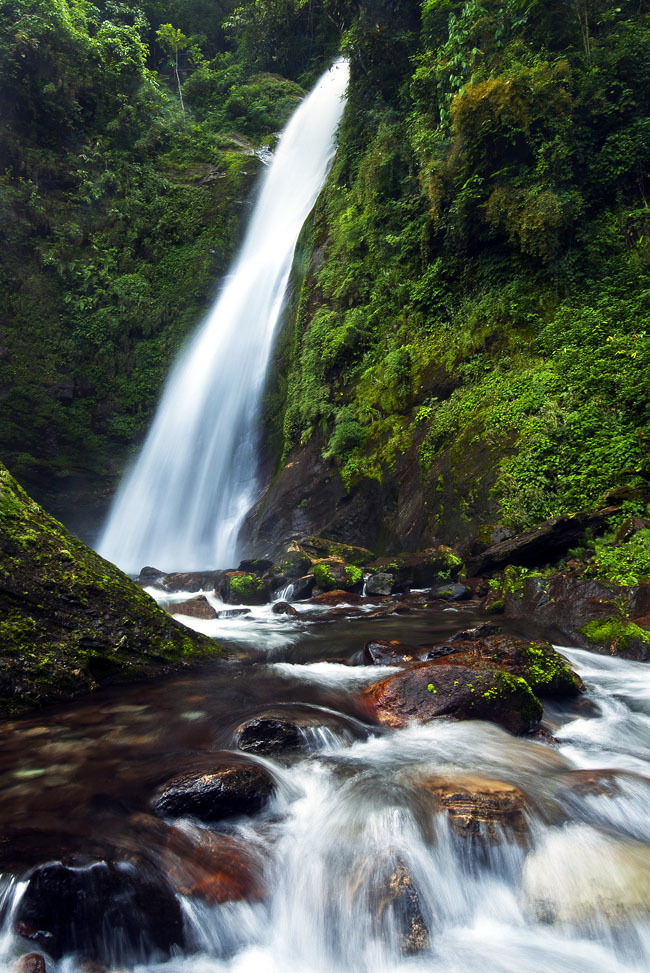 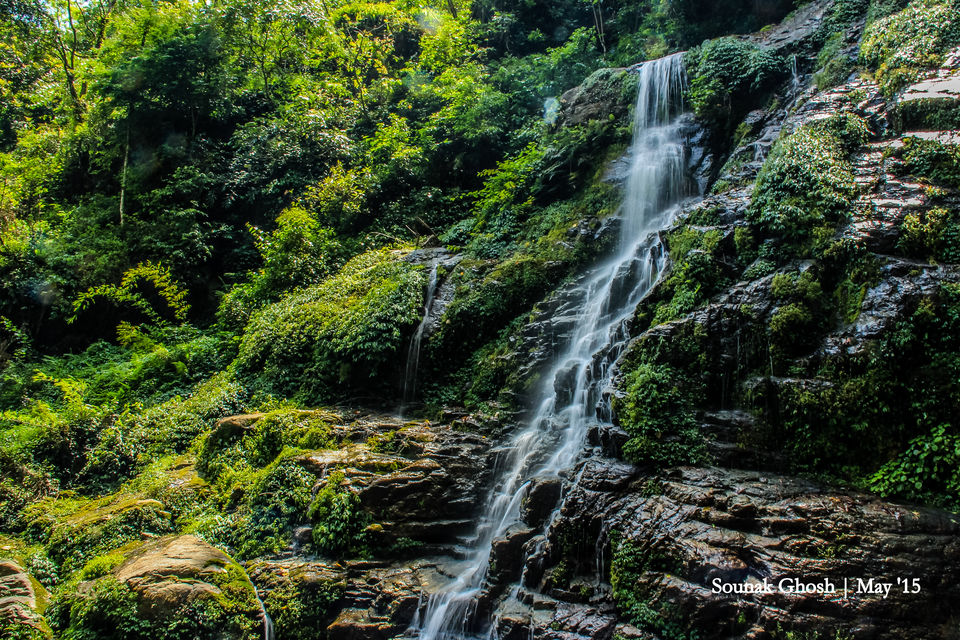 Rimbi Falls: Situated amidst lush forests another beautiful waterfall is the Rimbi Falls. About 12 kms away from Pelling, Rimbi falls flows down gracefully bathing the shrubs and ferns on the way down.One of the prime attractions of Pelling, the falls is a magnet for tourists, photographers and waterfalls lovers alike. 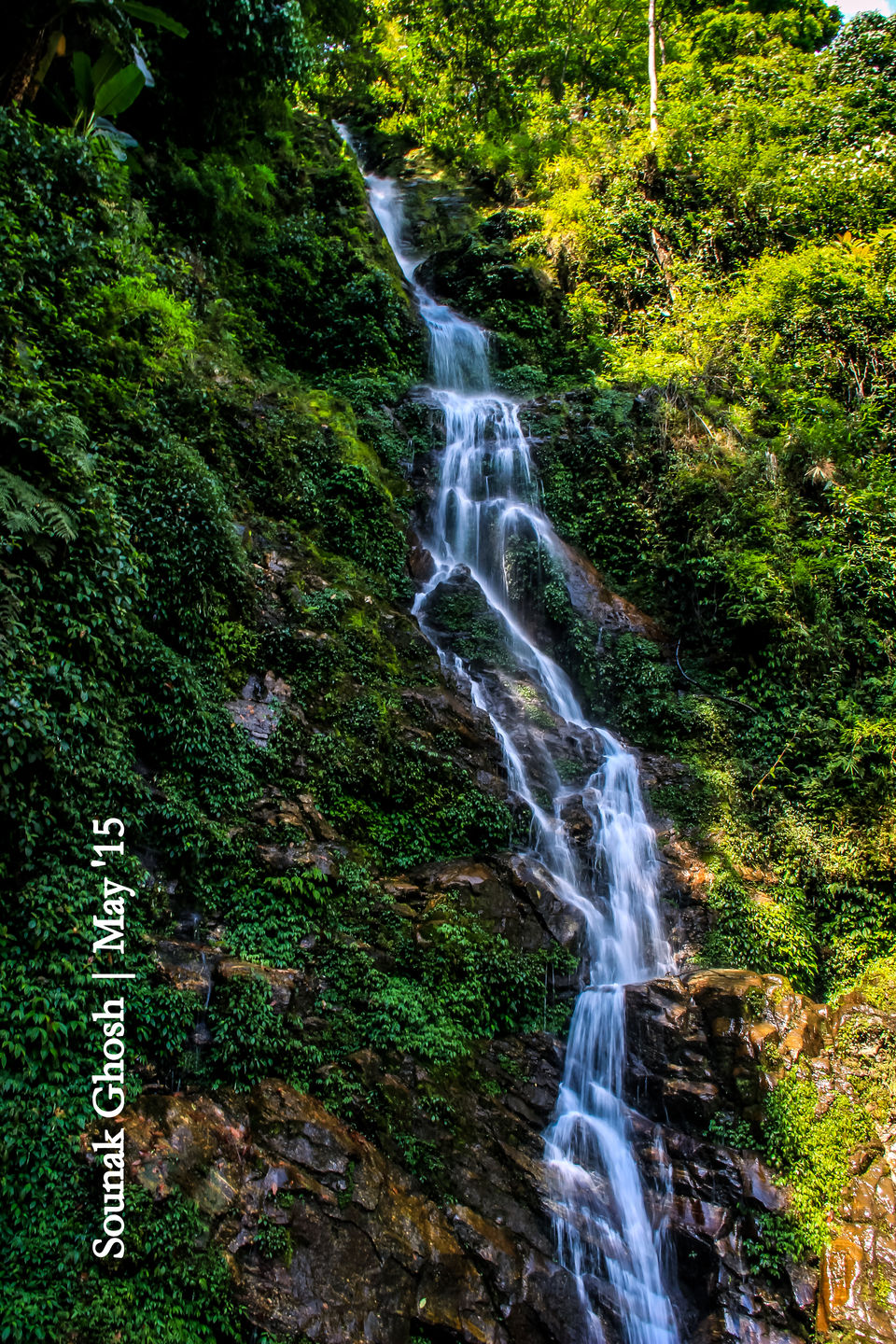 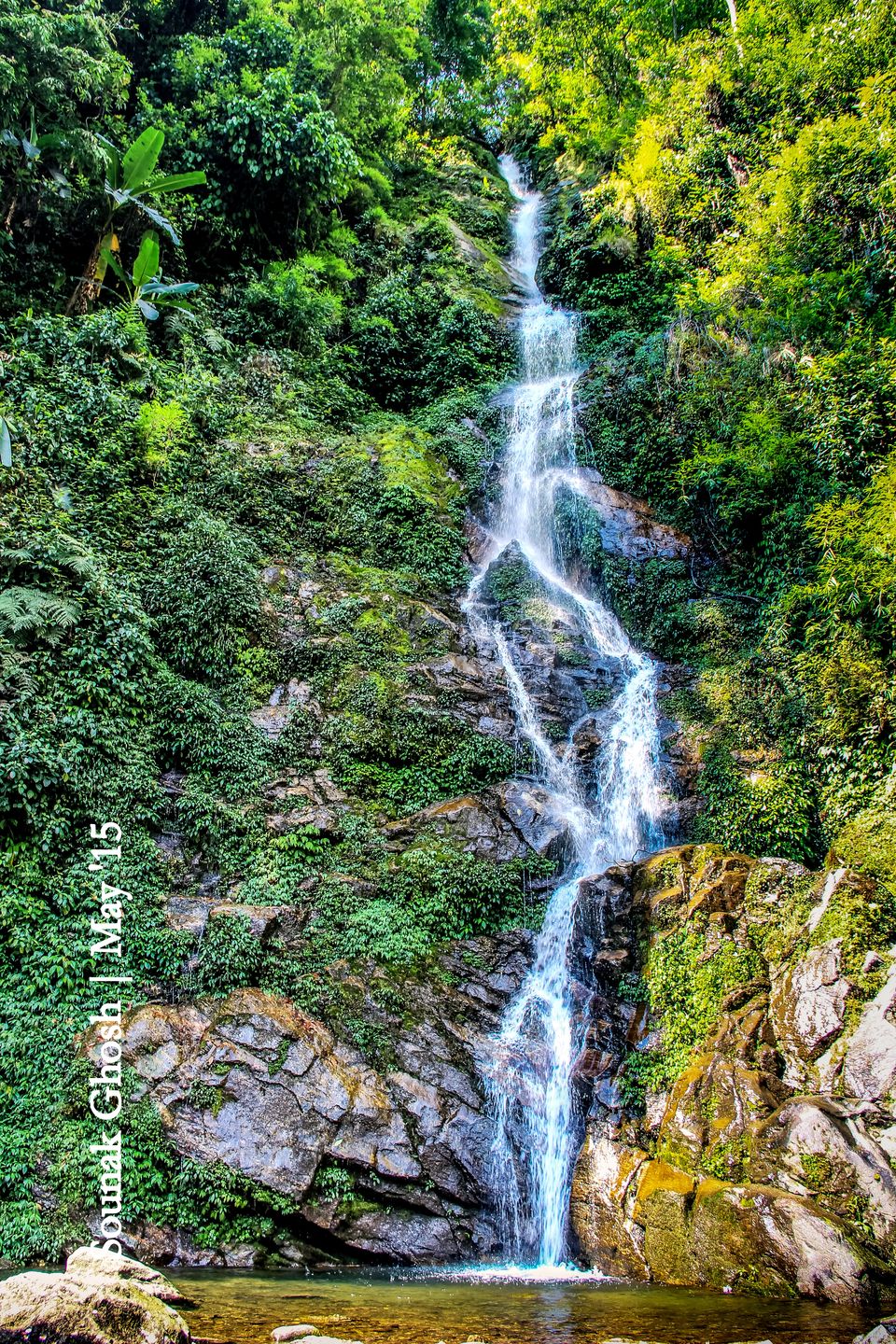 Changey Falls: Changey (or Tshange) falls is located about 10 kms from Pelling. Plunging from a height of about 50 metres, these falls are on the way to Dentam Valley. a cascade of dazzling while, like a drape of white silk on a backdrop of dense green, the falls flows over the road before vanishing down the cliffs on the opposite side into a dizzying abyss. 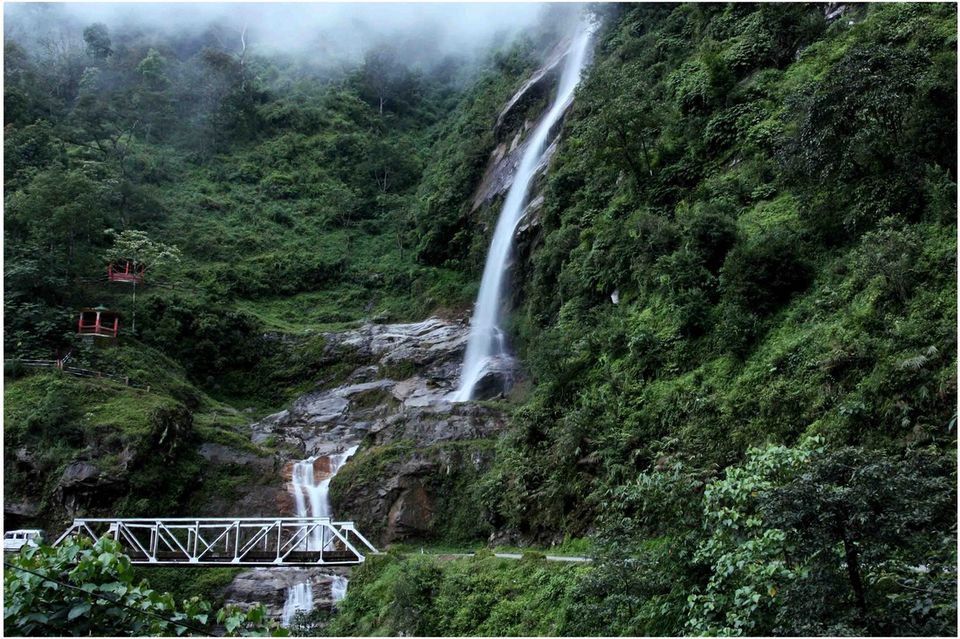 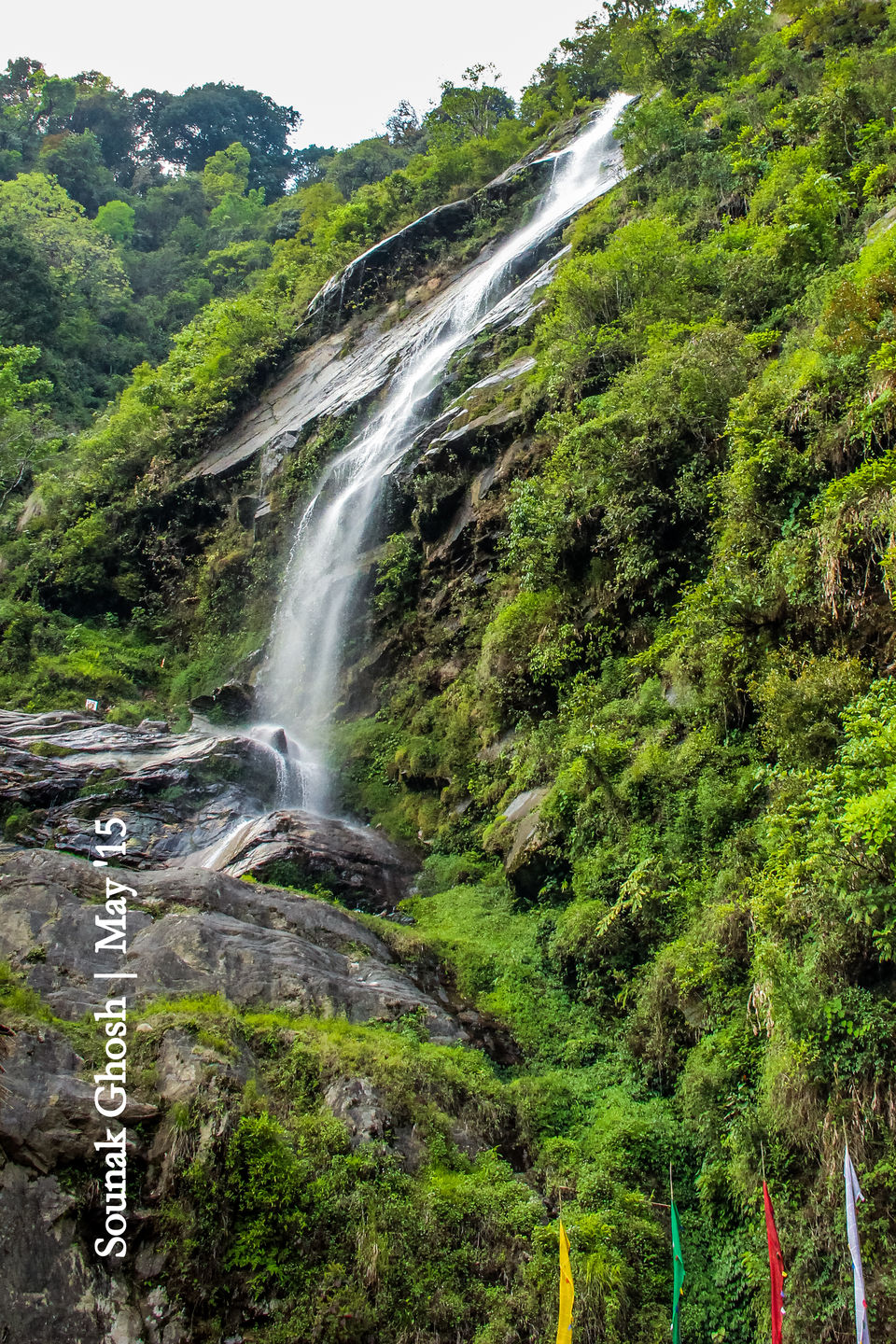 Khecheopalri Lake: Located 34 kms to the northwest of Pelling town, Khecheopalri lake is a revered lake. It is considered sacred by both Buddhists and Hindus. Set amidst beautiful broad-leaved mixed temperate forests, the lake is believed to be a wish fulfilling lake. It is believed that birds do not permit even a single leaf to float on the Khecheopalri lake, and as soon as a leaf falls, it is carried away by the birds.

The lake and the surrounding forests make a pristine milieu. The pathway leading to the lake is flanked by huge trees decorated with garlands of prayer flags. A uninterrupted solitude engulfs the whole whole place, punctuated only by the welcome songs of the Himalayan birds. A small Buddhist shrine located on the lake shore enhances the serenity of the lake. One can simply sit and while away hours by the lake shore and feel connected with mother nature. 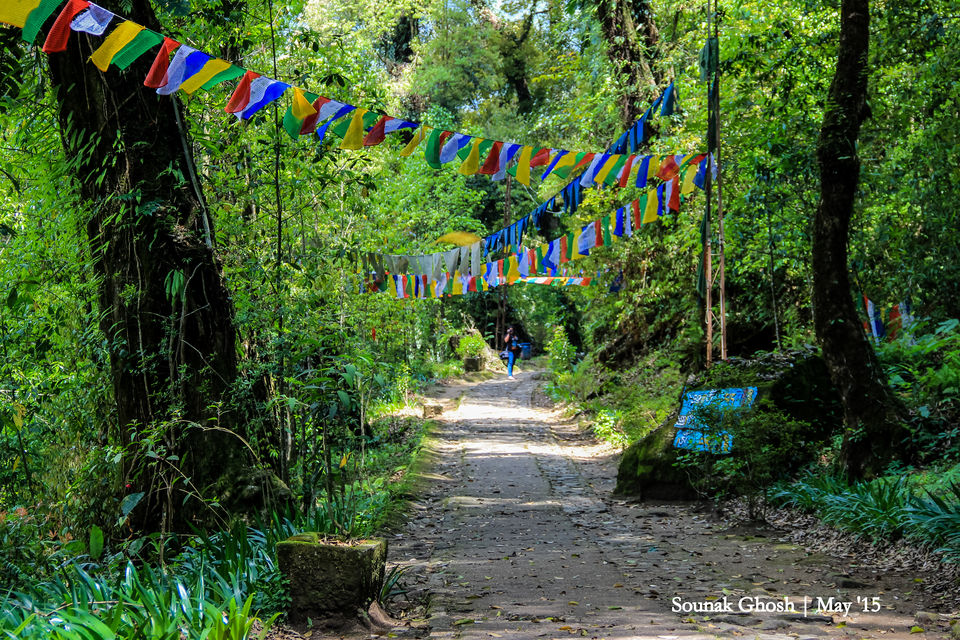 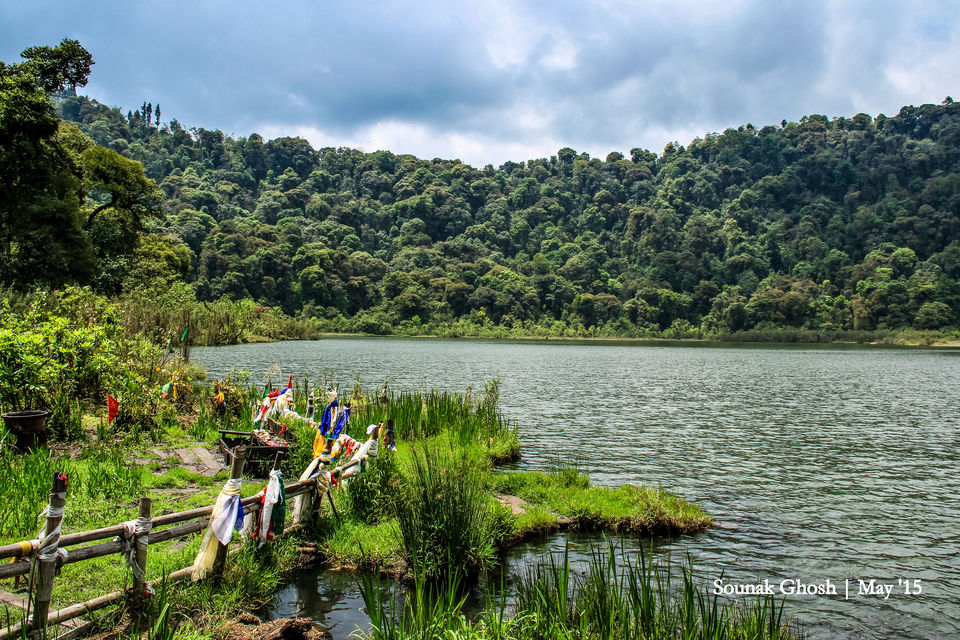 Pemayangtse Monastery: Planned, designed and founded by Lama Lhatsun Chempo in 1705, it is one of the oldest and premier monasteries of Sikkim, also the most famous in West Sikkim. Pemayangtse Monastery follows the Nyingma Order of Tibetan Buddhism and controls all other monasteries of that Order in Sikkim. The monks of this monastery are normally chosen from the Bhutias of Sikkim.

Dizzyingly coloured, the two story structure is shrouded by an atmosphere of peace and serenity. The omnipresent views of Mt. Kanchenjunga from the monastery confines enhances and exemplifies the pious environment of the monastery. Esoteric rhythms of Lamas chanting prayers from century old scriptures lends an even more mystical charm to the place. 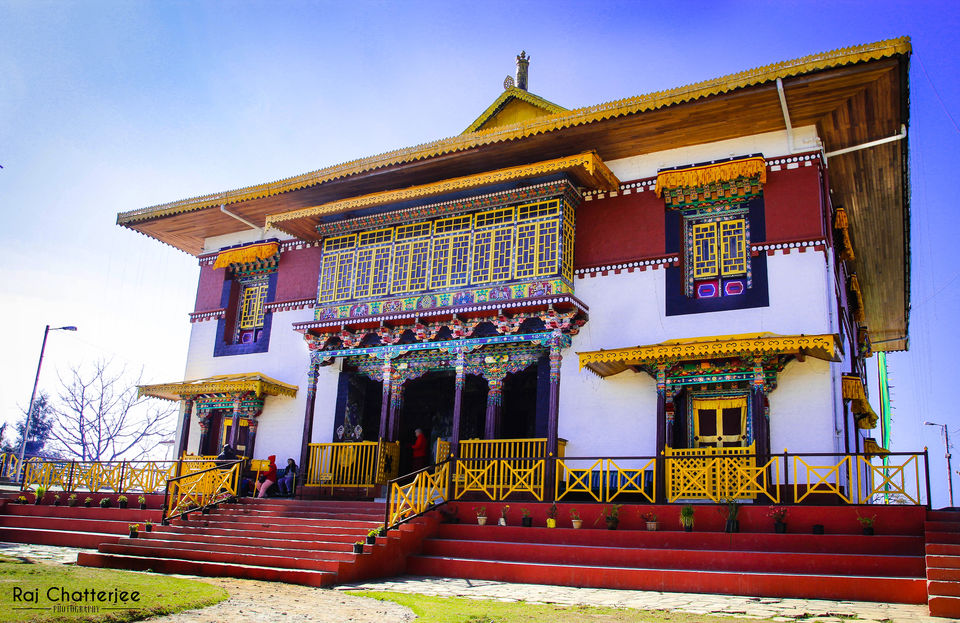 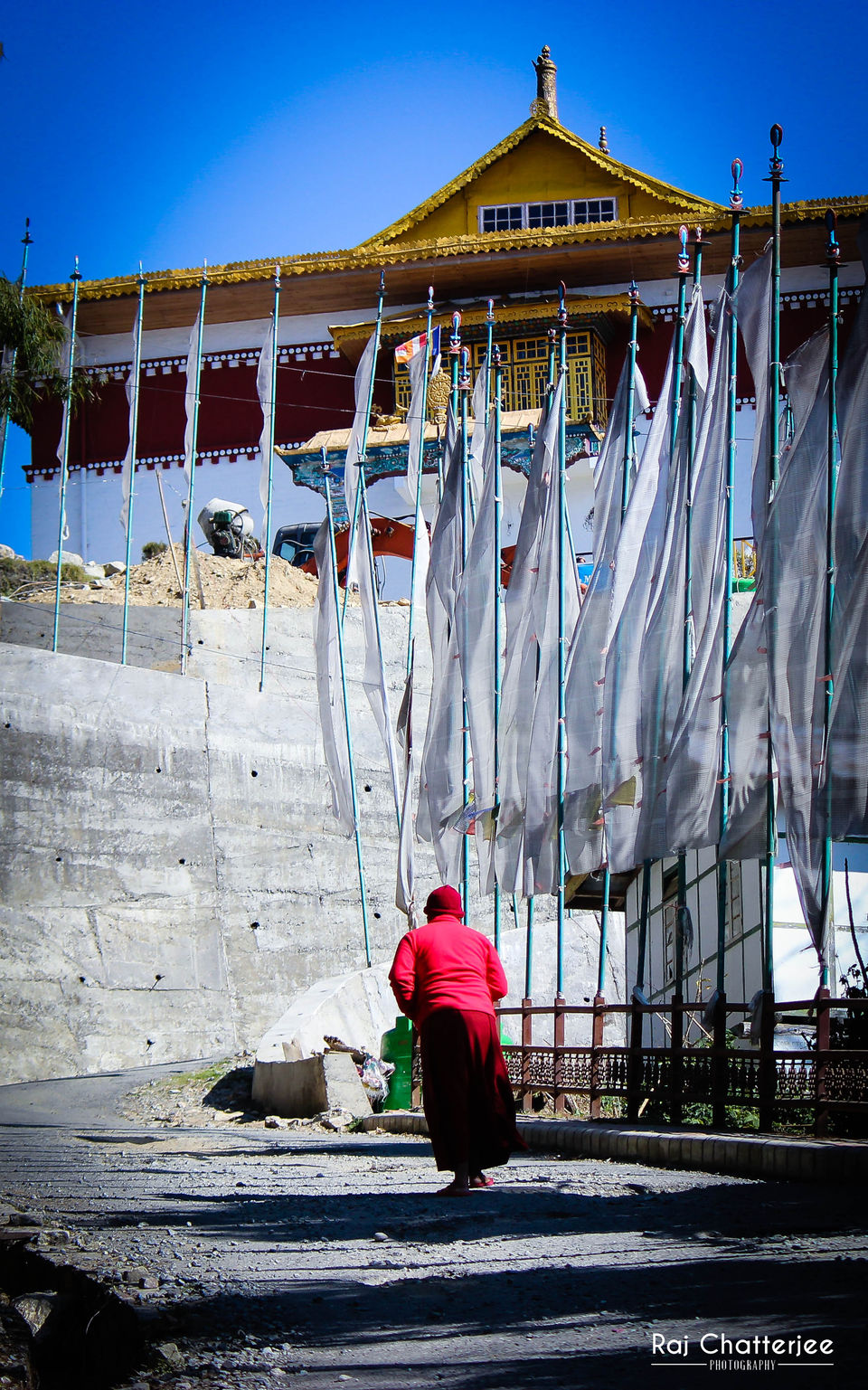 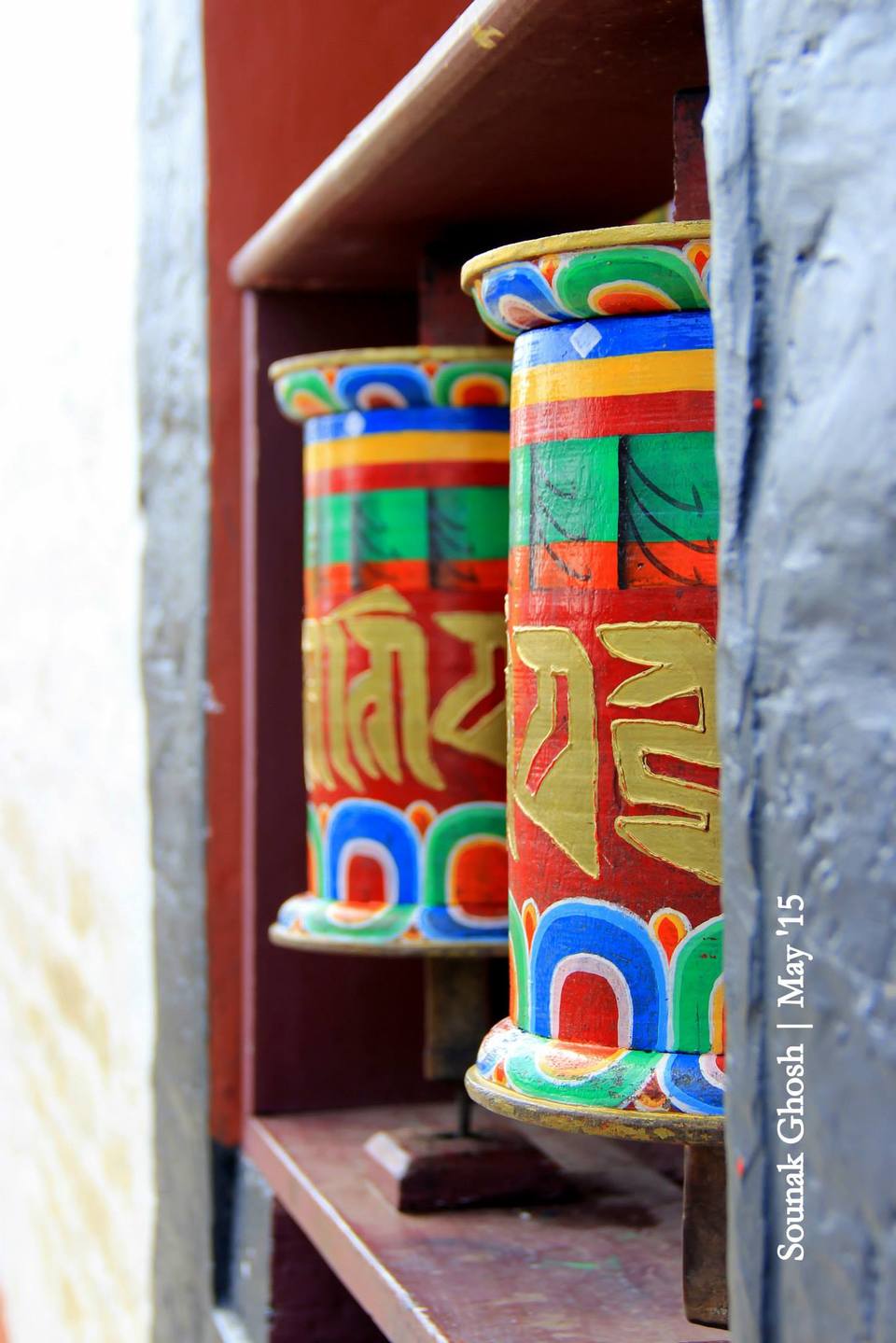 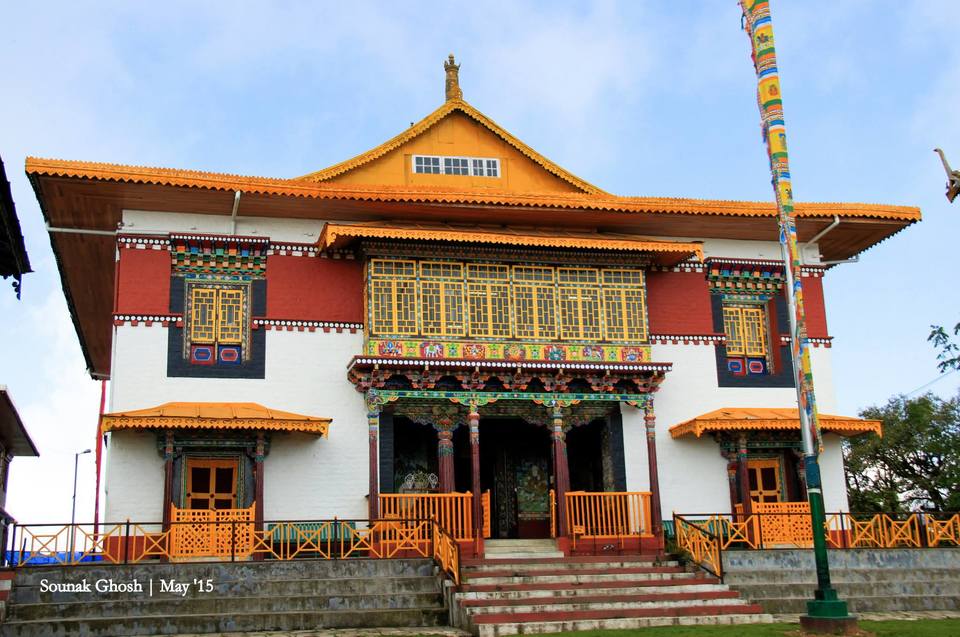 Rabdenste Ruins: Located close to the Pemayangtse Monastery, Rabdentse was the second capital of the former kingdom of Sikkim from 1670 to 1814. The capital city was destroyed by the invading Gurkha army and only the ruins of the palace and the chortens are seen here now. Perched atop a ridge above upper Pelling the ruins primarily consist of “chunky wall stubs” whose heritage value is accentuated by its location. This former capital offers commanding views of the Kanchenjunga massif on one side and the mountains and valleys on the other side are visible. This monument has been declared as of national importance by the Archaeological Survey of Indi": 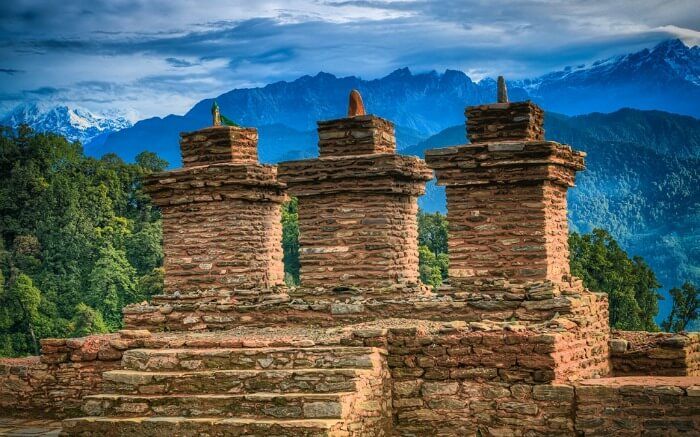 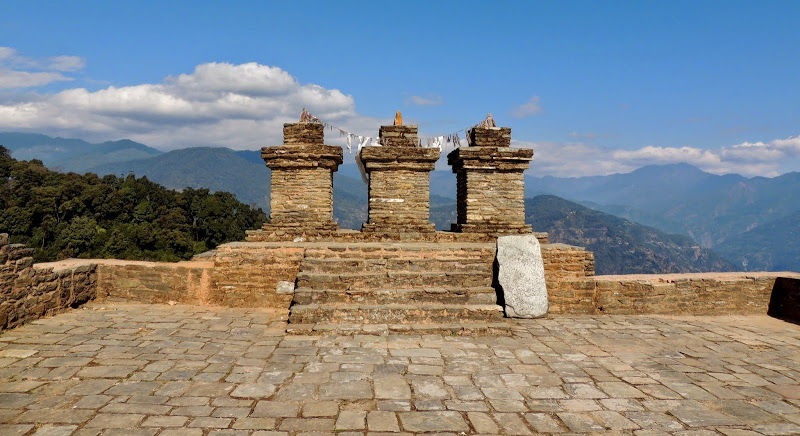 Singshore Bridge: Located at a distance of 28 kms from Pelling, the Singshore Bridge is an engineering marvel. Said to be the second highest hanging bridge in Asia, it is one of the places worth visiting. Standing at the Centre of the Bridge, one can gauge the depth of the gorge below and a wonderful view of the jungle's Flora & Fauna.

Decorated with colorful prayer flags, an hallmark of Sikkim, the bridge sways in the strong breeze which sometimes make walking on it a nerve wracking experience. The surrounding hills are a mind boggling ensemble of every shade of green imaginable. During monsoon, clouds encroach the valley and engulfs the bridge enunciating the charm of the already alluring place.

The monastery is located on a ridge top above Pelling at a distance of 7 kilometres (4.3 mi) from Pemayangtse Monastery and 2 kms from Pelling. The shrine is access via foot trail, roughly a forty minute uphill hike, which traverses through rich forest cover. 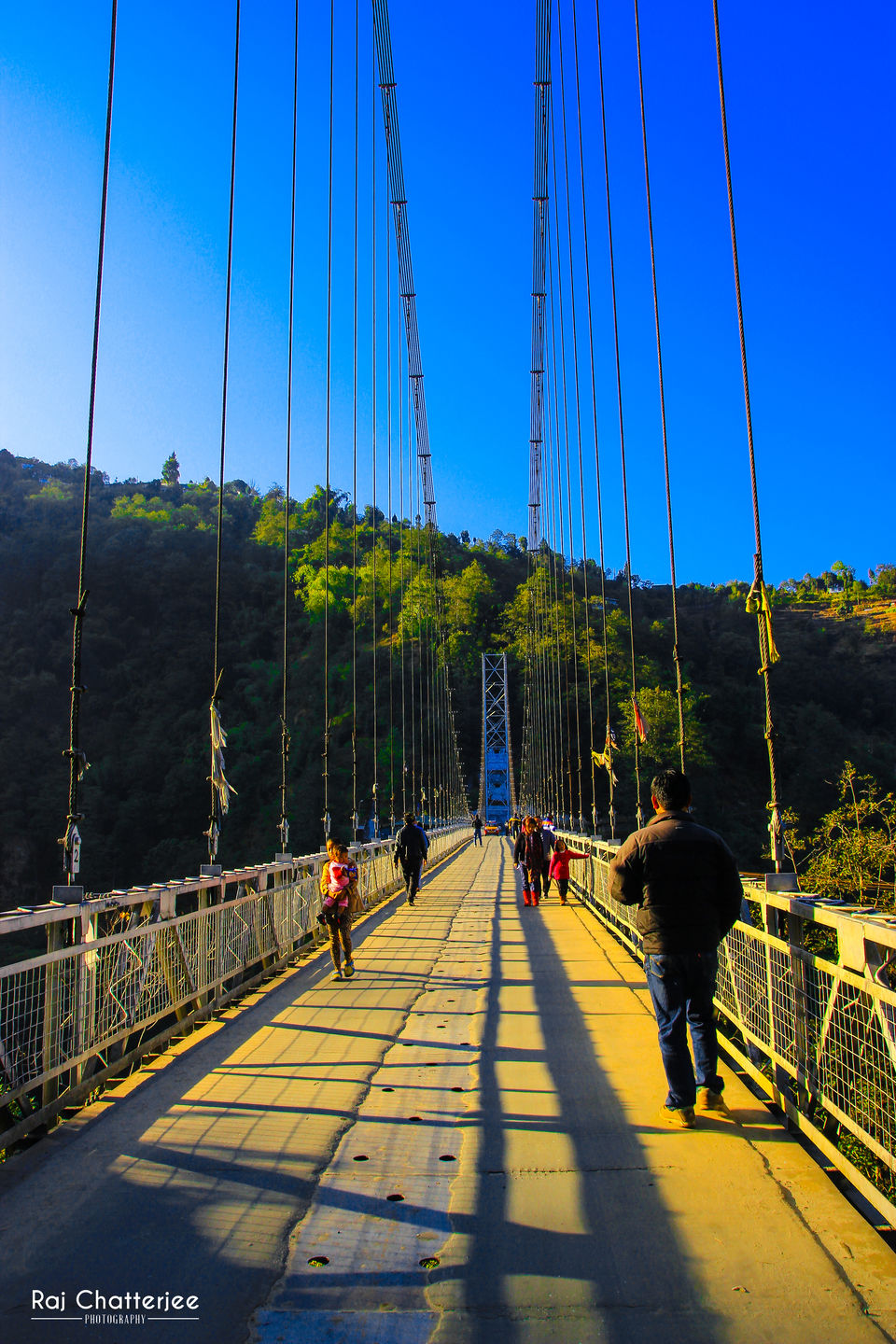 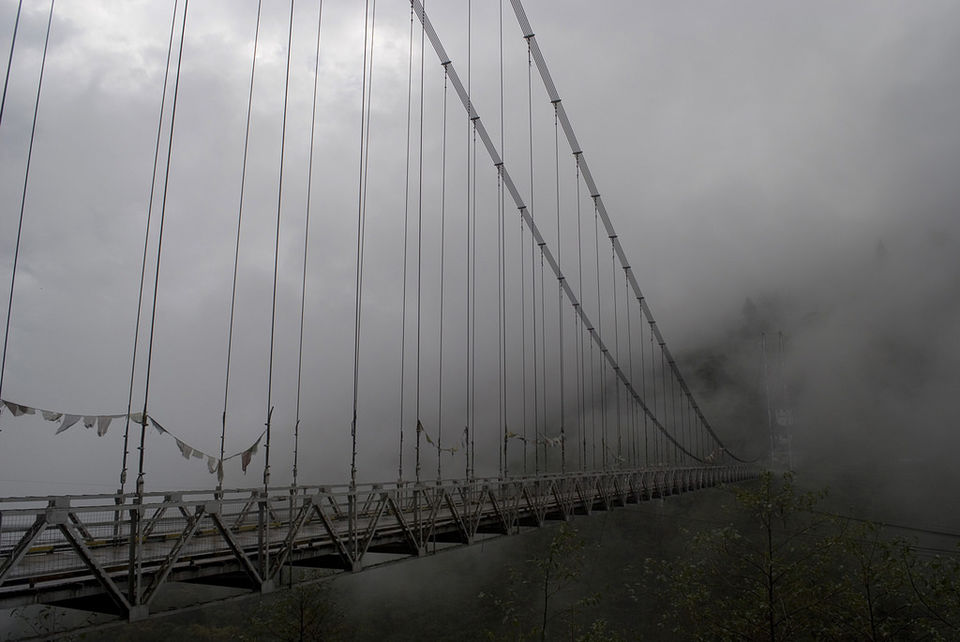 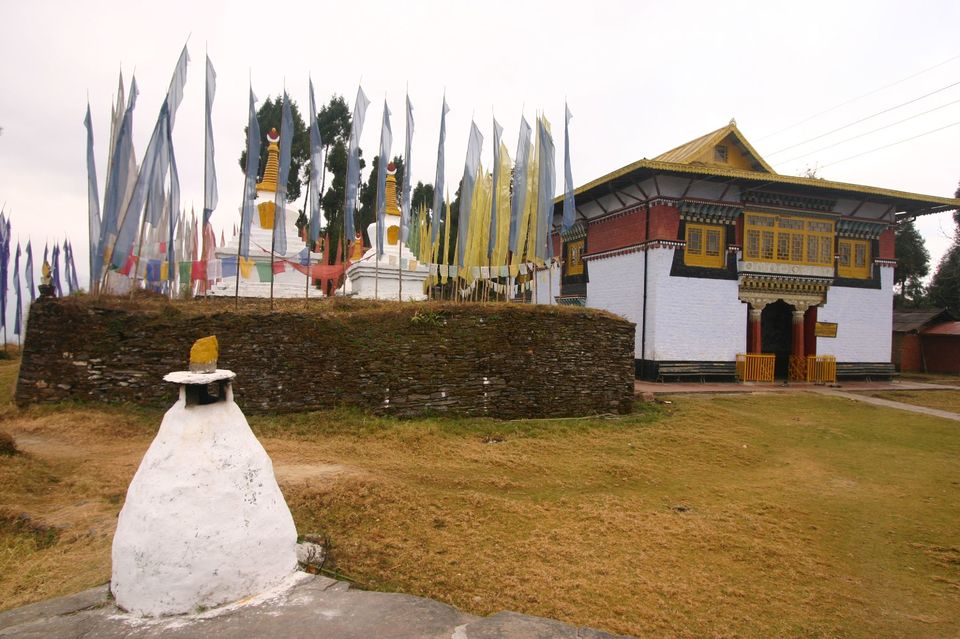 Nearest railway station from Pelling: New Jalpaiguri Station, at a distance of 152 km. It is, again, connected to Delhi, Kolkata and Mumbai. Taxis are easily available outside the station.

The roads in Pelling are in a nice condition, and thus taking a bus or a rented/private vehicle is a good idea. However, owing to high elevation it’s better visited in SUVs similar vehicle.

For more information and other stories, visit my personal blog at Restless Feet and my Instagram handle restless_feet_traveller.