Port Blair Travel GuidePort Blair TripsNear Death Experience, Crippling Fear Of Water, And How One Journey Changed It All

Near Death Experience, Crippling Fear Of Water, And How One Journey Changed It All 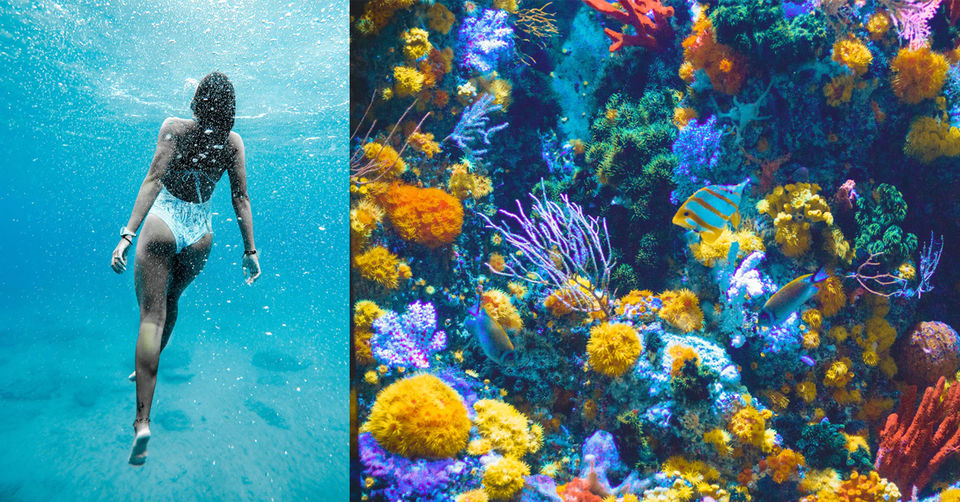 Up until three years ago, I suffered from a crippling fear of water. And this used to happen, every time I had to, as much as, go near a water body:

When I was getting into my swimwear: “Wow, this is going to be amazing. I can’t wait to get into the pool/beach. I am going to be like a fish in water.”

As I was approaching the pool/beach: “Oh god! I don’t think I can do this. What if the water swallows me?!”

When I was in the water (by force not choice): “This feels nice. I think I can do this. The water feels amazing”

As soon as there was a splash or someone swam by: "What was that?! Am I drowning? Am I going to die?!!!”

Once I was out of the water: “That was nice. I should do it again soon.”

Getting into the water used to give me a lot of anxiety. My face would become ashen if I had to set foot within 200 metres of a water body. During a few years in between, it was so bad that I used to have panic attacks. I even took therapy for a few months, but it hardly did anything.

The experience that changed it all

It all started when I was seven, when I almost drowned twice in one day at a water park. Each time, I slipped and went under and wasn’t able to come out for a extended periods of time because the water-level was more than my height and I had just learnt how to swim. Even my parents didn't realise that I was drowning. The first time, a stranger pulled me out while the second time it was the coast guard. After that, although I did learn to swim well enough to save myself if I was ever drowning, going near water started bringing up the same feelings as that fateful day at the waterpark. Eventually, that fear intensified and got so bad that I used to skip any plans that involved going near water bodies.

Slowly, with the help of friends and family, I did start venturing out into the shallow ends of swimming pools, and dipping my feet in the water while at the beach. But nothing more. I always had to know that I was in control and that the water wouldn’t swallow me whole.

That was until three years ago, when I took my first solo trip to the Andamans. If you’ve read my earlier post, you know that I took the trip on a whim and therefore forgot to factor in my fear of water when making the bookings. Once I reached, there wasn’t much I could do. I was surrounded by water on all sides, pretty much all the time.

You’d think that being hydrophobic, I would stay indoors. But no! I wanted to be brave and forget all about my breakup. And considering that I was a ZNMD fan, I couldn’t think of anything better than signing up for a scuba diving session. After all, if Farhan Akhtar could do it, so could I. Or so I thought, until the day of the dive arrived.

I wore my Scuba suit and strapped on my fins and walked towards the beach escorted by my instructor. But as soon as the sea came into the view, it was like all my fears came crashing down. I instantly became lightheaded and sank to the ground. It took me a few minutes to realise that the instructor was trying to pick me up, concern showing evidently on his face.

After the moment of panic passed and I told him about my fears, he was supremely understanding but also adamant that I must try scuba at least once in my life. If it hadn’t been for him, I probably would’ve backed out. But after a half-an-hour-long counselling session from him, I was reluctantly ready again to give it a try on the condition that he would never let go off my hand.

Starting off with snorkelling

I think the fact that we had to walk into the sea instead of jumping off a boat also helped. But more than anything it was the instructor's constant support. He eased me into it. We started off first with snorkelling first because even after walking into the water, I was not willing to put my head under the surface. The first couple of tries included me frantically flapping my arms and getting my head out of the water as soon as I put it in.

Once my nerves calmed down a bit, I tried again for the fourth time. I was standing with my feet firmly planted on the ocean bed and just dipped my face enough that I was able to see underwater. And it was beautiful. A school of black and yellow fish just swam by my feet and their movements were so in sync, it almost looked choreographed. And it was also cathartic in a way because after watching for a few seconds, I automatically started breathing in and out through the snorkel. A few minutes in, it became rhythmic and I tried submerging my whole head under the surface. All the while holding the instructor's hand.

When I finally came out, I knew if I didn't try today, I would probably never muster this amount of courage again. After a few deep breaths, putting on the scuba gear, and finally getting all the instructions, I was as ready. It was quite simple really, but I was concerned that I might forget the hand gestures if I had a panic attack in the middle of the ocean. But I forced those fears aside and we walked deeper into the ocean till the water was reaching my chin. Then ever so slowly, holding my hand, the instructor pulled me under and began swimming further. There was another guy who held my oxygen tank through the journey.

Once I was below the surface, I can't explain this, but my mind went blank. It was so peaceful. There's no sound underwater and it looks like you're moving in slow motion. And the sea-life is so varied and colourful. I must have seen at least 10 varieties of small fish, stingrays, sea creatures called anemones and even Nemo!

But the highlight of the dive for me was when we were very close to the sea bed and the instructor pointed for me to look upwards. The surface of the ocean was filled with transparent jellyfish glowing in the sunlight. It was like looking at the night-sky through a telescope – millions of tiny, glowing specks shining against the dark sky. It was a feeling that could only be experienced and cannot be described in words.

The beginning of my love affair with water

The effects of that one dive lasted throughout my trip. And that was the beginning of my love affair with water. It was completely transformative. I've had four more dives since that experience, each of them more intense and longer than the previous ones. And I don't think I want to stop. Scuba made me realise that what we see on the surface of the earth is just a very small part of what the world actually is. I'm a water baby now, a lover of beach vacations and an enthusiast when it comes to water sports. I had no idea that one underwater experience would transform my life in a way no amount of therapy ever could.

P.S. I don't have a lot of pictures from the actual dive because I ended up losing the CD that I had purchased from the dive centre.