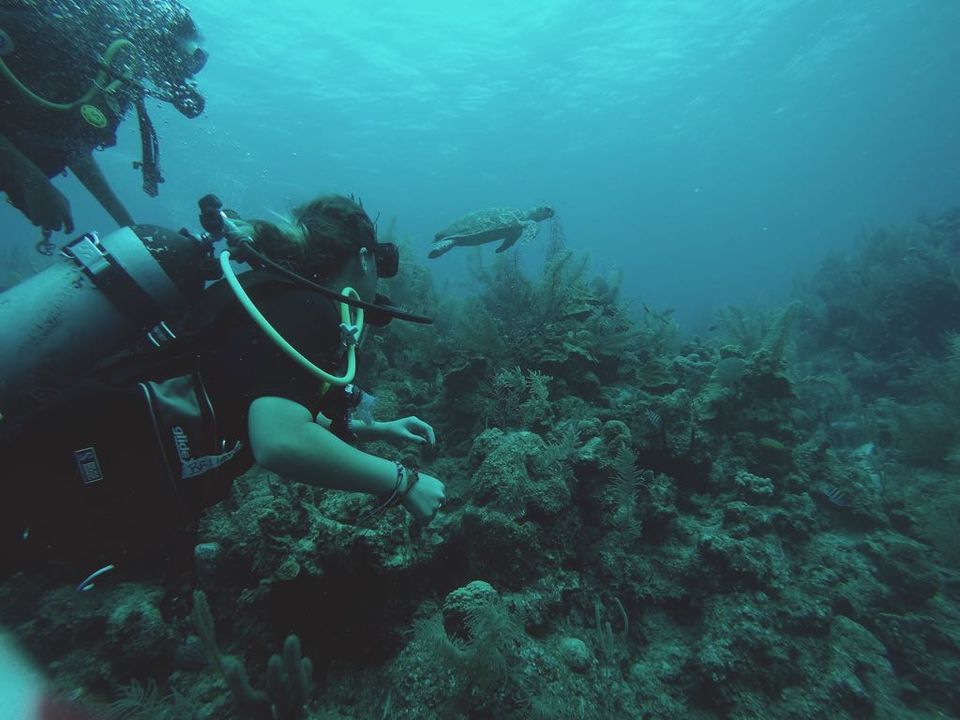 To be honest, doing a certification in scuba diving is something I had never considered. I looked at scuba diving as something similar to skydiving. You do it once to experience it and that’s good enough. And I did. I dived in Croatia while on a vacation and was extremely satisfied with the glimpse of the ocean I got.

But then, over only a year later, I met a cousin who asked me during a casual conversation, “Do you dive?” She could’ve asked me, “Have you done scuba diving?” But her question was different.

She had done over a 100 dives in her life. When she shared her experience, I finally realised that diving was not a one-time sport like skydiving or bungee that you did to tick off a list. Rather, it was almost a way of travelling.

She convinced me to go get my PADI Open Water certification, a simple four-day course. And she promised me that life wouldn’t be the same after. I followed her advice, and life has not been the same for me since.

The course opened up a whole new world for me. A world that I would otherwise simply be gazing at literally and figuratively, only at the surface. Through my Open Water course, I realised the genius of human beings for having created a self-contained underwater breathing apparatus, that would literally allow us to swim like the fish in the ocean. For those of you who didn’t know, that’s what the acronym SCUBA stands for.

Like the dream of every child, I too wanted to fly like the birds and swim in the ocean like the fish. And here there was something that actually allowed me to do the latter.

The theory classes in my PADI course taught me how this compact well-designed equipment works, and once I knew, I realised it was the simplest sport there was. Simplest, and yet one of the most powerful I have experienced.

It was a little more challenging to practice the theory in the swimming pool sessions, getting used to breathing underwater, practising exchanging regulators with your dive buddy in case your cylinder ran out of oxygen, and being prepared for any emergency that could happen underwater. And once I practised all the skills designed to be a part of the PADI course, I was confident that I would be completely safe deep down in the open ocean.

The next day was the big day when I practised the swimming pool skills in the open water. I loved the adrenaline I was feeling from the pre-dive anxiousness. But once I jumped into the water, I realised it was the most peaceful and serene place to be in. Deep down in the ocean, where I could hear only the sound of my breathing, where I could see a hundred fish swimming in a school together, where I could almost float like I was in space, I discovered a whole new world that was right in front of me for so many years, but that I never discovered.

And just when I could not contain my awe of the brilliant coloured fish and coral I was seeing deep in the ocean, my instructor pointed to something behind me.

I turned around to see the most magical sight of my life. A quiet wise old turtle gliding through the water. I felt like a child in a candy store. The turtle just pulled me to follow it like a magnet, and I too glided with the turtle for almost a minute. All thoughts vanished from my mind and I was in a trance as I absorbed the surreal sights I was seeing. The trance continued even after I came back up to the surface. And a little bit of it has been living with me ever since.

My four-day certification course finished, and I was granted an International Diver’s Licence, that allowed me to dive anywhere in the world with just another dive buddy. This was not the end to my tryst with scuba diving; rather, it was the start of a most magical journey.

Every seaside place I have visited since, there’s been an additional attraction of diving for me. Now I am no longer limited to just interacting with the ocean on the beach side, as I would do earlier. Now I also put on my wetsuit and wear my cylinder and dive deep into the waters to discover the hidden treasures that one cannot even fathom from the surface.

Over the past few months, I have been lucky enough to swim with the most amazing creatures underwater, from whales to harmless small sharks, to starfish, manta rays, octopus, eels, and the list goes on. Each dive is a new experience for me. I have dived through caves and shipwrecks and got a chance to explore some amazing underwater structures. I am now 20 dives old and have completed my Advanced Water certification, but I still feel it is just the start for me. 70% of the world that is water is out there for me to go out and explore.