The journey begins with asking the locals, the right way to pronounce Wroclaw. We understood quite quickly that we were pronouncing it the "write" way!!! Well for also-rans like the majority of us, its pronounced as "Vrats-Vaf"!!

We landed in Poland (Wroclaw) with varied notions in our head. Most importantly that its called the backyard of Europe, trust me its anything but. Yes the language does tend to be a barrier of sorts and you lose the comfort of knowing things quickly but the kindness and the generosity of the locals very makes up for the loss. We stayed at the Carlton, Wroclaw which is a fair distance away from the airport however its close to the heart of the city. Taking an AMG for a cab from the airport, you wouldn't mind if the hotel was a bit far away now, would you? It offered a good access to the city trams and ATM et al! Cabs in Poland can be a bit costly however if you are in a group, they tend to be the fastest way around with almost the same cost per person. Spending in a currency called "Zlotty" has its own charm. One pound being around 5 zlotty made it even more comforting.

We went around the city visiting the "Square". It has the old European feel to it and makes the trip really worthwhile if you haven't seen such architecture before. It brings back memories of any WWII related film that you may have seen with the fight sequences in exotic locales!! The cafes and clubs around the square offer a good choice of cuisine and drinks. Try the local Polish beer called "Zyweic".

The other aspect that we noticed was the impeccable dressing sense especially with the females in Wroclaw. Being the onset of winter one could see some of the best dressed people with perfectly arranged layers of clothing, jackets, overalls, high heeled leather boots, you name it! Despite our best attempts, we stuck out like sore thumbs!

After savouring the Market Square, the Raclawice Panorama (museum), Mary Magdalene Church, the Royal Palace and Wroclaw Fountain on day 1 and 2, we decided to head out to Prague for day 3. We took the "Polskibus" from Wrocław, Dworzec tymczasowy, (decided am not going to even try pronouncing it!). Very comfortable  bus service with Wifi, toilets et al!! It does night runs from Wroclaw to Praha Florenc - Prague. The only sad part is that you don't get to see much of the much touted European countryside!

In Prague, the city greets you with everything that its got; Grandeur is the word that comes to mind the instant you see it.

We started off by engaging a local site seeing bus tour from the Masarykovo Nádraží. If you are going to cover the entire city in a day, it is a must that you take the very first round that the bus tour takes. Be ready for a exciting but tiring day around the city! Arm yourselves with energy enhancement drinks and chocolate bars for those hunger pangs.

The bus takes you through Wencelas square, Municipal buildings (nothing municipal about them in case you think accordingly.....they are castles belonging to knights to the king), bridges parallel to Charles bridge and finally up to the castle. The tour includes a walking trip across the castle and the cathedral. The golden gate to the castle is a treat to watch. You can either leave the tour at the castle and savour the surroundings on foot. Walking down is always easier! You can come down after the castle sojourn and walk up to Charles bridge. Do take time to watch the local musicians play some crazy tunes. After completing Charles bridge you can take a break at one of the cafes lining the river. Do make it a point to get to the ice bar just close to the bridge. Its a never before experience if you come from our parts of the world! Trust me when I say that its a divine feeling to have a vodka shot in a room made of ice!!

On weekends you will encounter crowds around the castle and almost any other attraction you try to hit, be prepared for interrupted pictures! Our trip ended with us walking back to Florenc to board the bus back to Wroclaw. If ever there was a feeling that resonates an "OD on grandeur" that's what you would feel when you leave Prague and you wouldn't mind getting drunk again and again !!

Our Wroclaw Prague trip was definitely one of the best that I have had till date; I s**t you not that you would remember those scenes for years to come. Dziękuję Poland and Dekuji Prague, we promise to be back!!!! 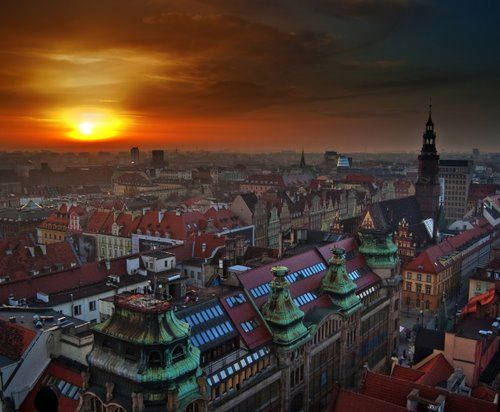 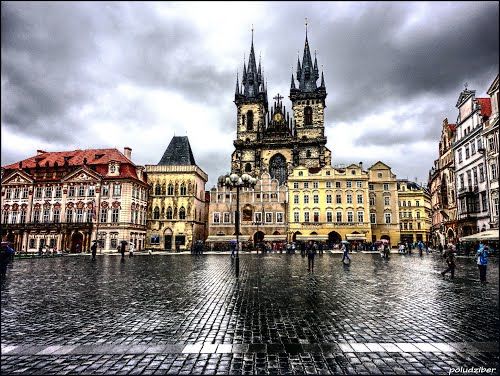