From Poland to Romania: Eastern Europe under ₹32,000 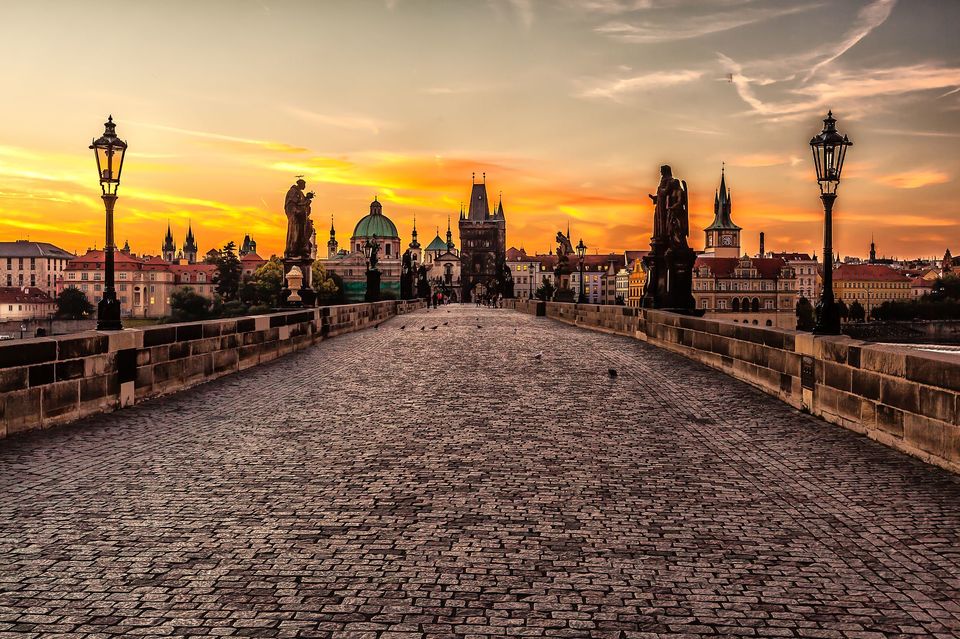 Why do mainstream when we can d0 offbeat? Eastern Europe is suddenly coming into light and gaining a lot of popularity, thanks to the adventurous and curious backpacker community of this free world.

To begin with, Eastern Europe is not a group of countries which is to the East of Europe (like we all believe), but these countries are grouped as Eastern because of certain similar characteristics of geography, political boundaries, cultures and most importantly history. Most East European countries can be categorised as those who were under the Eastern influence or Communist rule.

This itinerary is going to take you through five such beautiful nations that have had a conflicted past and have grown to be wondrous and magical countries. On a very small budget, you will visit Poland, Czech Republic, Slovakia, Hungary and Romania for 10 days, under a budget of ₹32,000. Budget trips in Eastern Europe are not a compromise on your style of travelling, but they are extremely inexpensive and have currencies which are weaker than the Euro and USD.

Let's begin then - book your to and fro flights from anywhere in India, into Poland (this cost isn't included in the itinerary, of course). 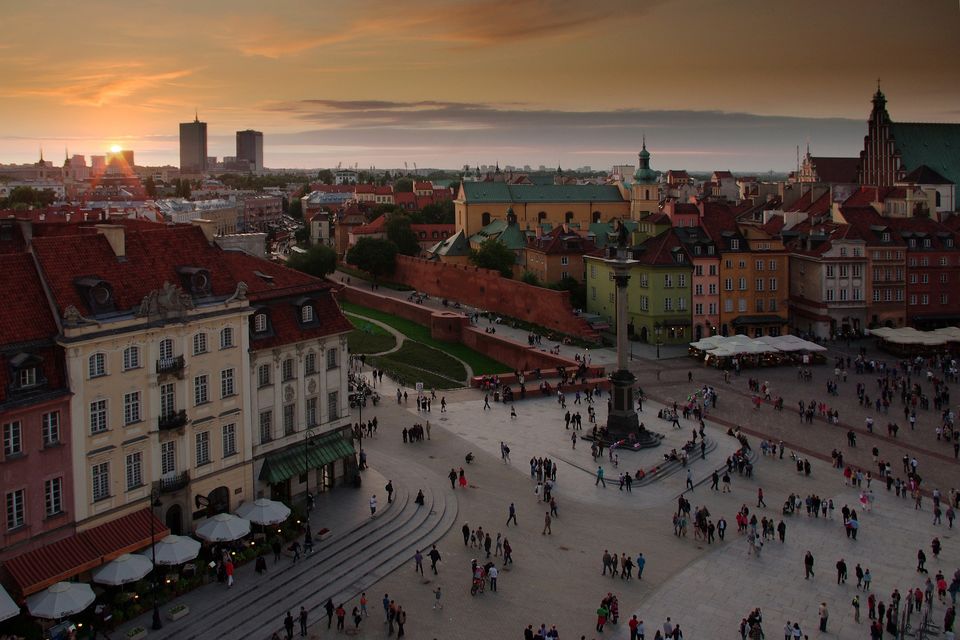 What makes Poland desirable is the fact that it has never been the go-to place for tourists, and it's still unexplored. This country has something for everyone - the tourist, backpacker, hiker, camper, party-goer, museum buff, art connoisseur et al. You can explore the cultural sites of Warsaw by day, and go bar-hopping in the night. Also not to forget, Warsaw and Krakow are two of the cheapest cities in Europe.

Things to do in Warsaw: Wherever you go, always look for free things - tours, sites, rides, events, etc. You are sure to find something which is cheaper than the other options available. Walk around the rebuilt old town and acknowledge the long battle that the Polish had to fight, go to the Jewish ghetto, take the alternative art tour and explore the work of art rebels, and enjoy the music of Chopin playing on benches put on the main streets. If you are willing, you could take a day tour to the city of Krakow, Poland's old political capital.

Where to stay: I found some cozy and affordable options for your stay in Warsaw! 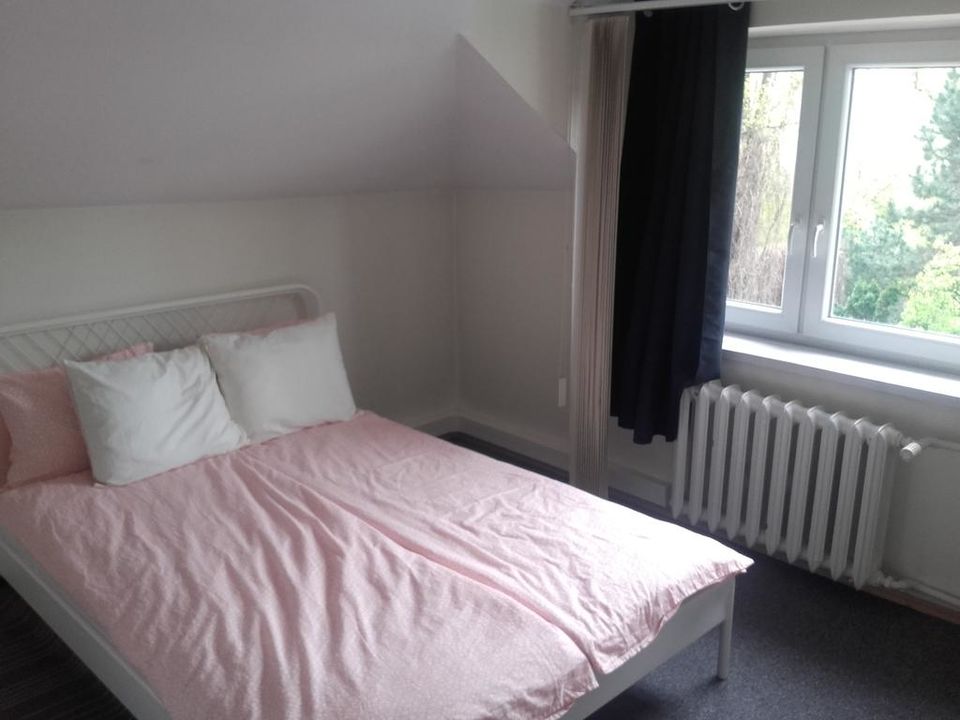 ₹841 per night inclusive of breakfast 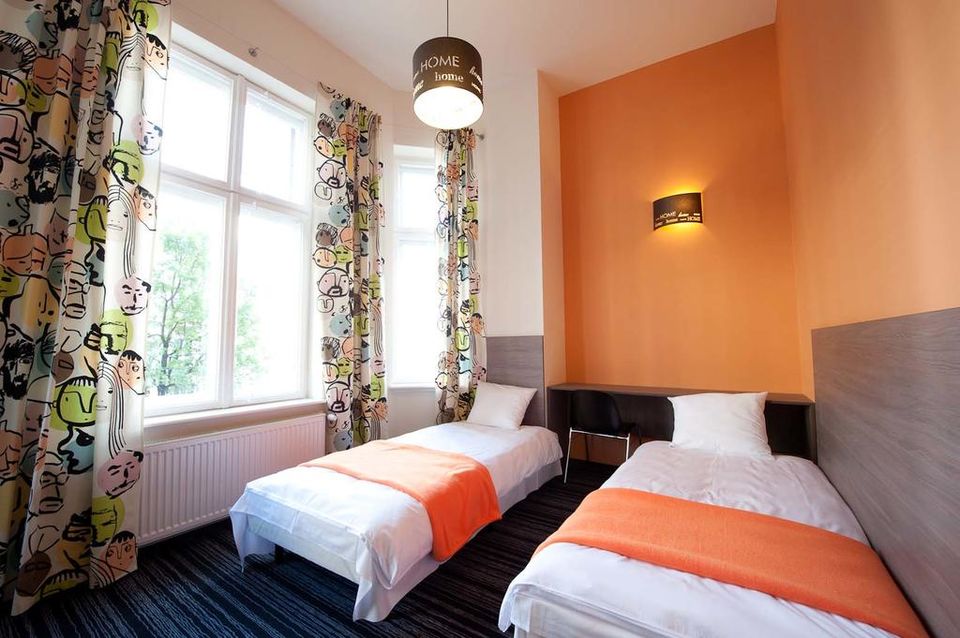 ₹858 per night inclusive of breakfast

To go from Warsaw to Prague, either book a flight way in advance, or buy a bus ticket at ₹1,100 here. 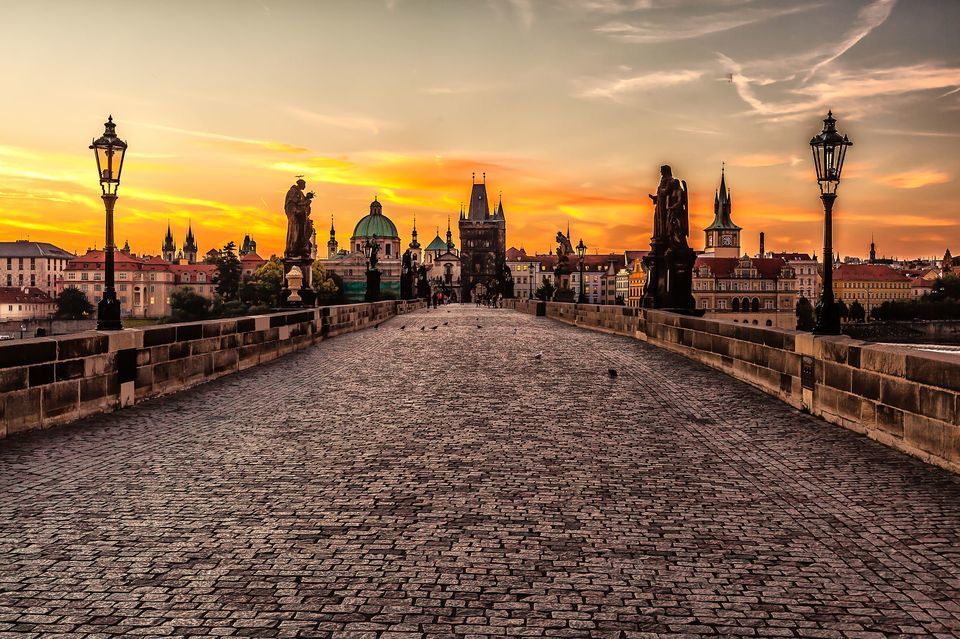 Prague is a city which is stuck in time with its architecture, design and elements, but modern and progressive in its thoughts. You just can't stop admiring the corners of streets you come across - you see horse ridden carriages, next you see vintage cars parked outside a cafe, and tiny trams crisscrossing the street every minute. There is a reason it is known as one of the most romantic cities in the world.

Things to do in Prague: Like in most places in Europe, Prague has a lot of free city tours on offer. I had taken two Sandeman's free tours back to back, one on the side of the Old Town Square which ended at Charles University, the other started at this point and led to the Castle Complex. Though you can walk around the whole place by yourself, it's always fun to learn about interesting facts - like David Cerny's provocative artwork, Kafka's life in Czech, stories of their alcoholic President, history behind the John Lennon Wall and many other eye opening explorations.

Where to stay: Below are the 2 best hostels in Prague, located centrally. 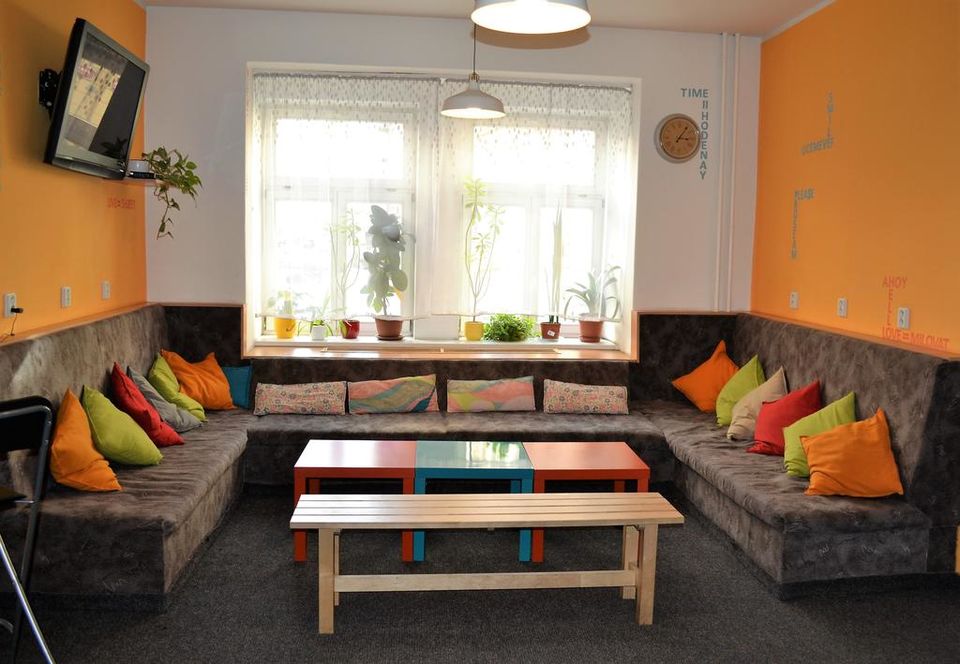 ₹1,067 per night inclusive of breakfast 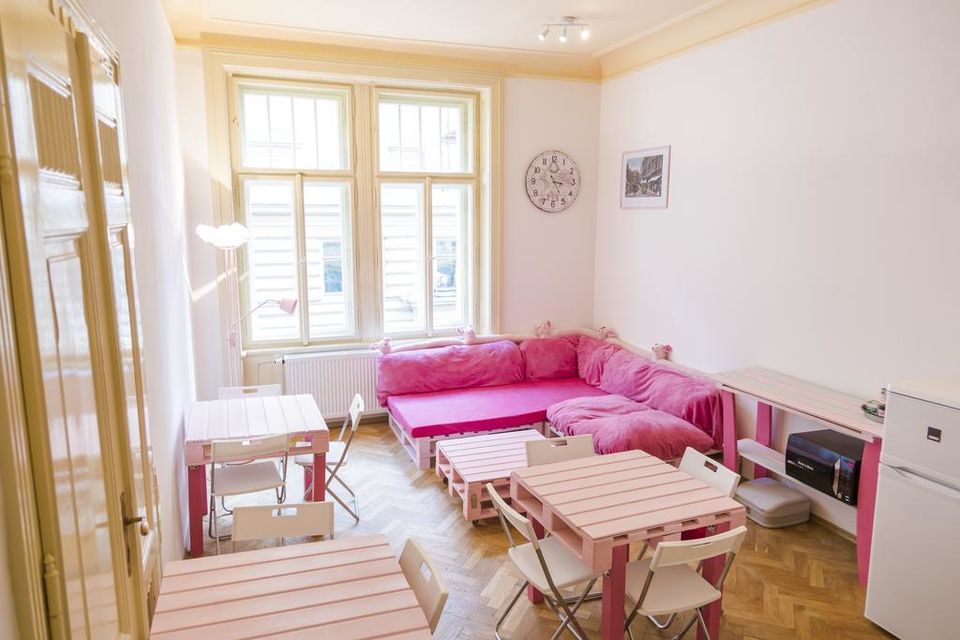 ₹1,202 per night inclusive of breakfast

To go from Prague to Bratislava, buy a bus ticket at ₹760 here. The ride lasts for 4 hrs 15 minutes. 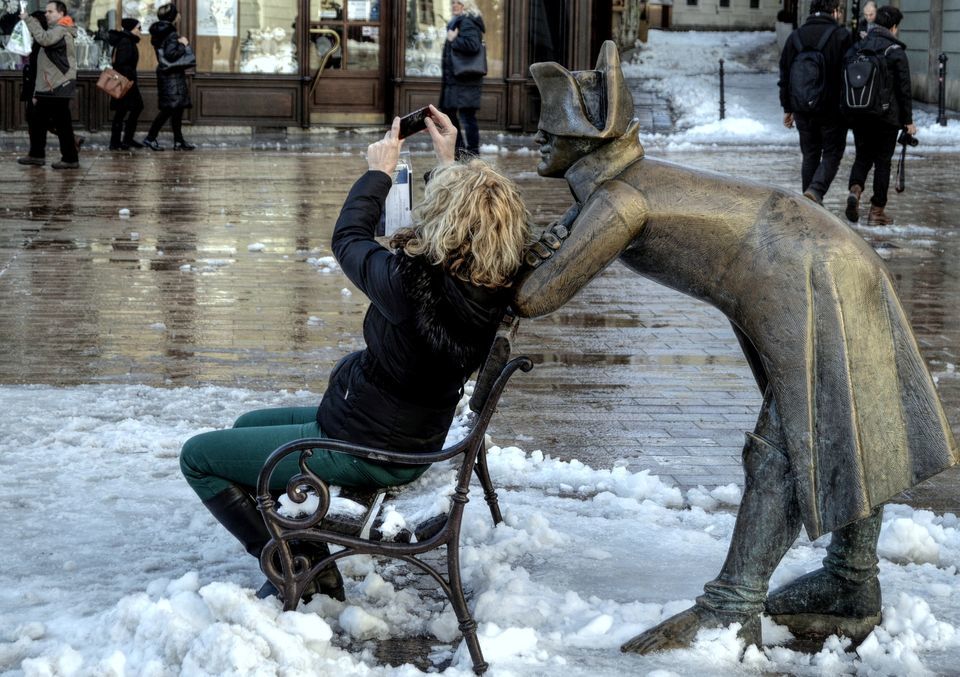 Slovakia is a must on the affordable European destinations list. This country is totally worth a visit for its numerous museums, stunning castles and palaces, the historic old town square and architecture. For food lovers, Slovakia has a myriad of beer and wine collections to satiate your taste buds. In the nearby town of Modra, the houses don't have gardens but vineyards. Do not forget to check out the local distilleries and microbreweries.

Things to do in Bratislava: Bratislava is known for its castles hovering above the Old Town and protecting the city. Make sure you visit the Bratislava Castle and Devin Castle which is rested on a higher platform with a lush green forest around. Take a free tour of the world's most romantic modern art museum - Danubiana Meulensteen Art Museum. Make sure to check out the very unique project by Matej Kren called 'Passage' - it's the illusion of infinity space with use of books.

Where to stay: Check out these two options in the heart of Bratislava! 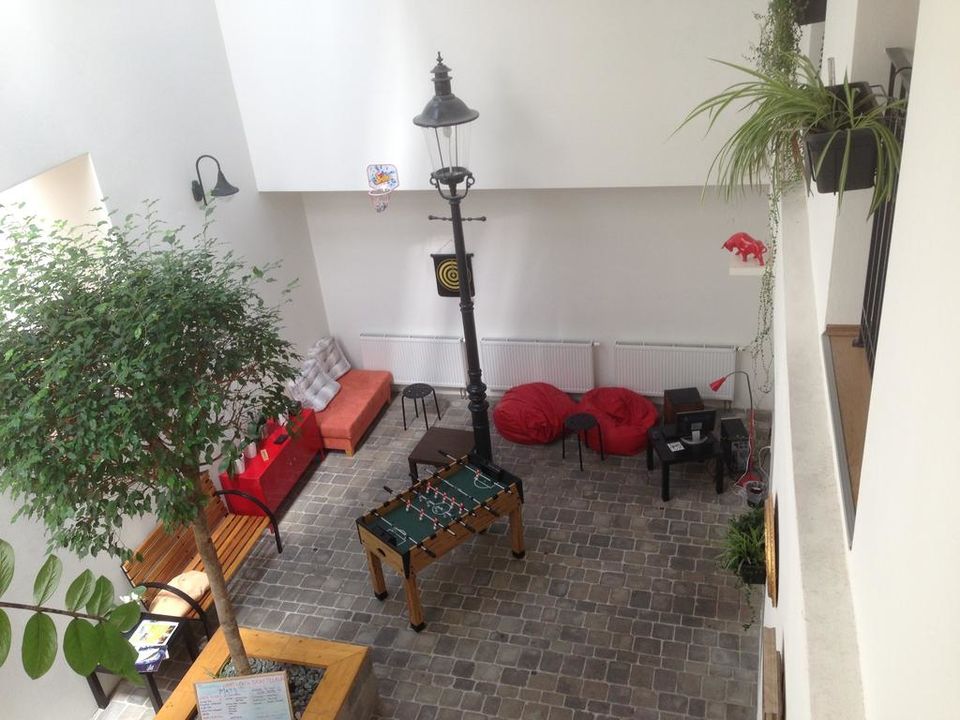 ₹885 per night inclusive of breakfast 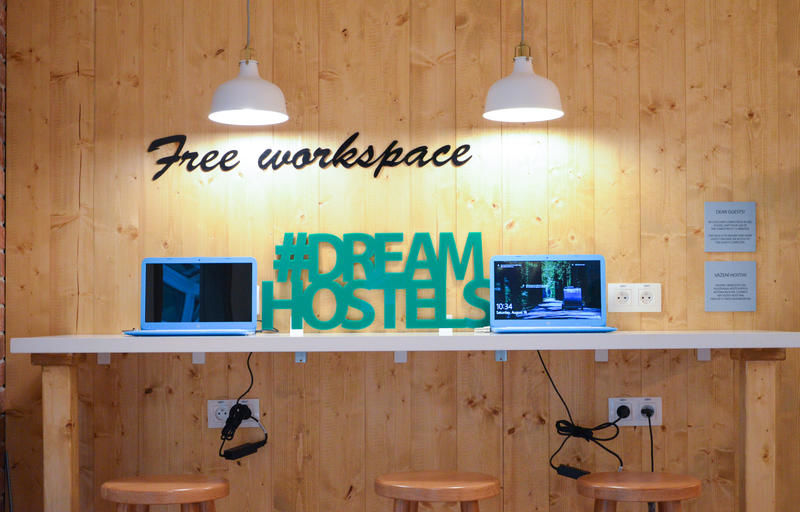 ₹960 per night inclusive of breakfast

To go from Bratislava to Budapest, buy a bus ticket at ₹520 here. The ride lasts for 3 hrs. 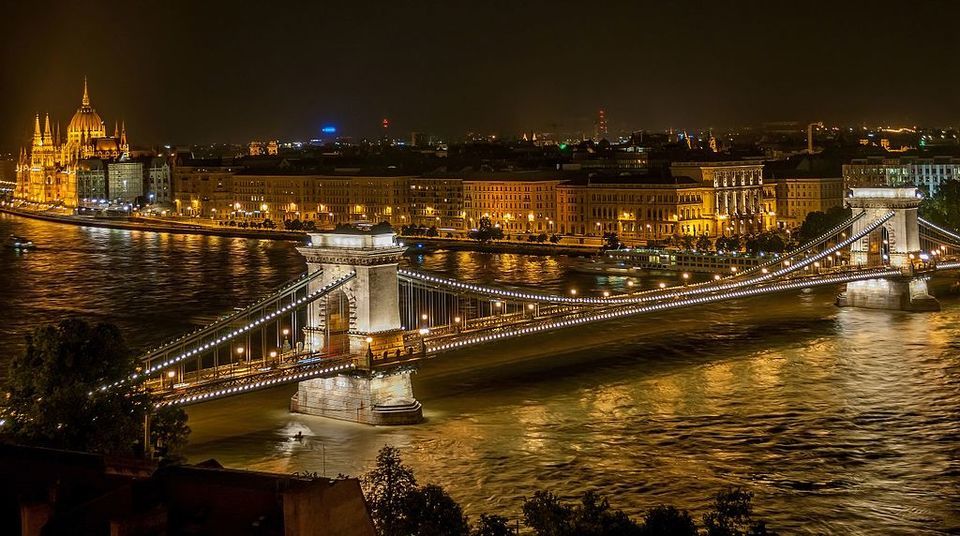 Budapest is undoubtedly one of the largest cities in the European Union and the most densely populated too. The hilly side of Buda is connected to the plain side of Pest with the 19th-century Chain Bridge, built over River Danube. Apart from its architectural glory, Budapest is known for its hot medicinal baths which you definitely shouldn't miss!

Things to do in Budapest: Budapest is fantasy land - you have something to explore at every turn you take so keep your eyes open. Go check out the Buda Castle, the picture perfect Hungarian Parliament and the Old Town Square which has the 13th-century Matthias Church and the fortress like Fisherman's Bastion. after a hectic day, take your time out to relax in the largest medicinal bath in Europe - Szechenyi Thermal Bath (wouldn't cost you any more than ₹1,500).

Where to stay: Here are two colourful accommodation options for you to enjoy your stay in Budapest. 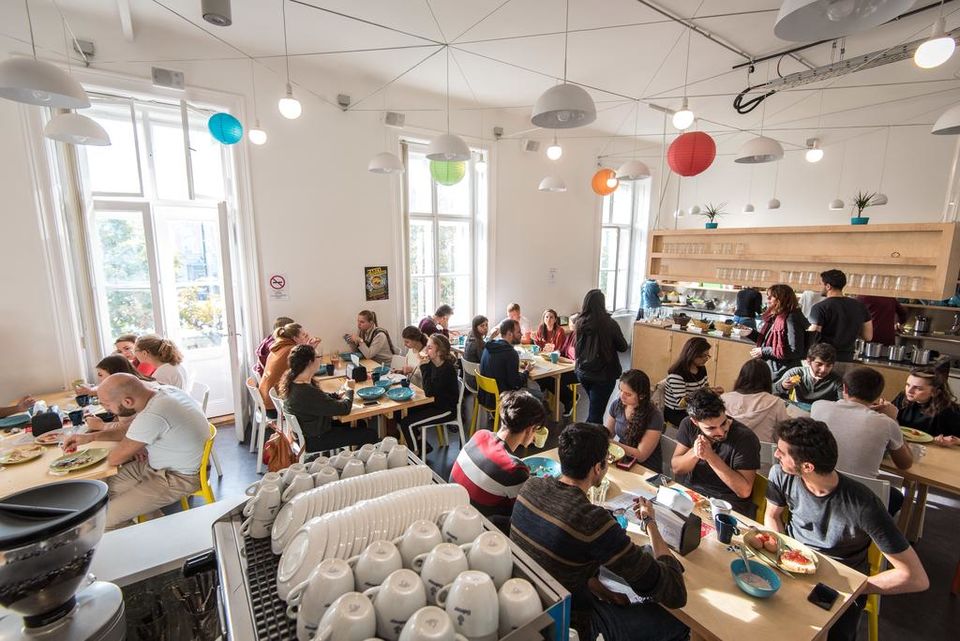 ₹581 per night inclusive of breakfast 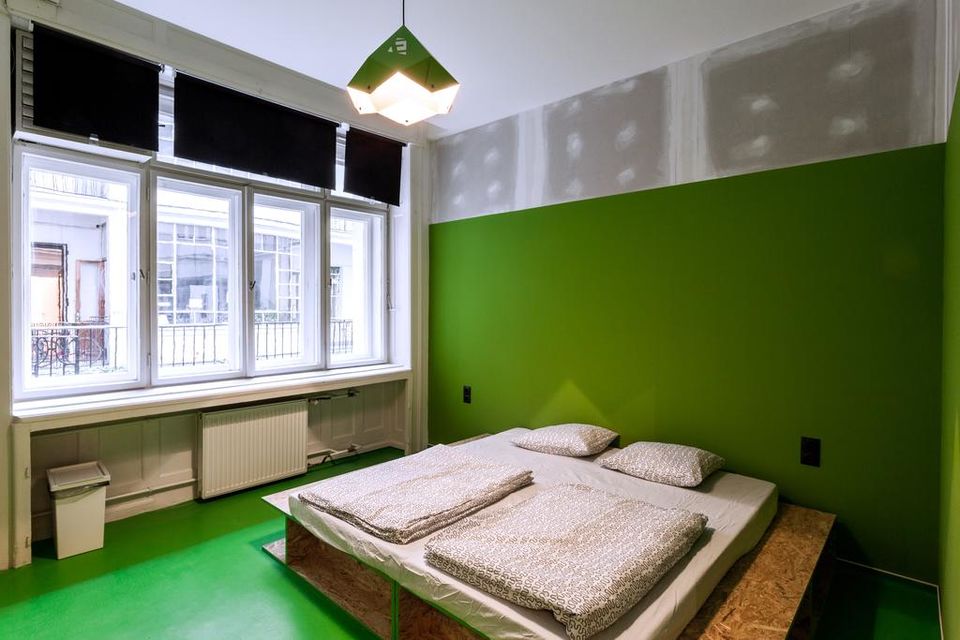 ₹770 per night inclusive of breakfast

To go from Budapest to Bucharest, book a flight way in advance to avoid exorbitant flight costs. Bus not recommended. 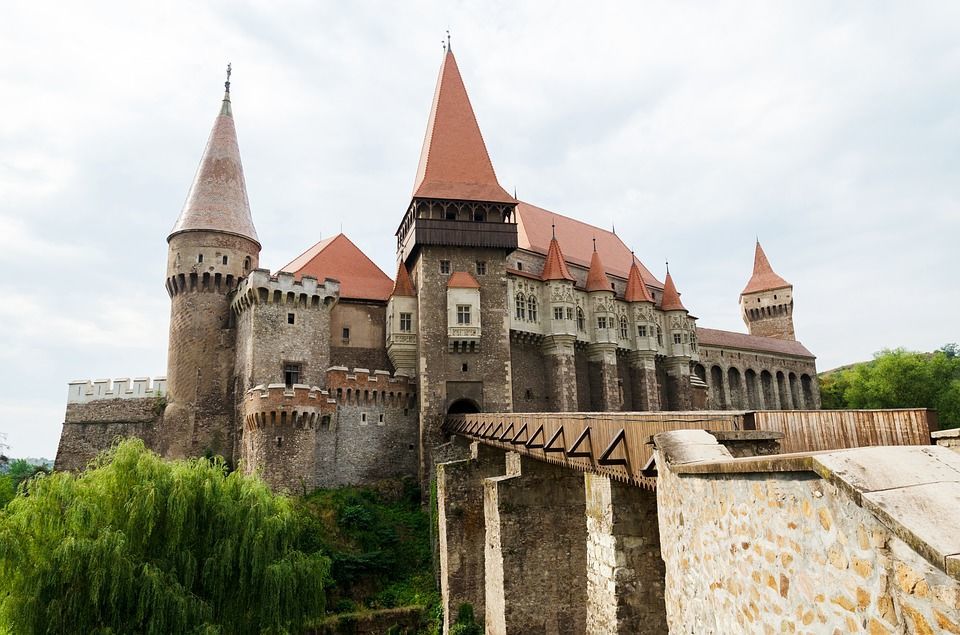 Transylvania is the first thing that comes to mind when someone says Romania, and you must definitely visit the legendary Dracula Castle. But Romania's capital city Bucharest is as charming as its counterparts. Bucharest is known for its iconic communist era government building. Right next to this area, is an interesting neighbourhood which is popular for its nightlife as well as its Orthodox churches. Interesting!

Things to do in Bucharest: The Old Town of Bucharest, also known as Centru Vechi, is popularly known worldwide for its energetic nightlife. Around it is Lipscani, an area with bustling restaurants, bars, pubs, which will leave you spoilt for choice. If you like, take a cycling tour around Bucharest. Go to the gardens, especially the Garden of Eden (it's more like a drinking and socialising place, not a garden). Explore the hidden churches, check out why they call Bucharest, 'Paris of the East', chase the history behind Dracula's Castle and more.

Where to stay: Below are two affordable yet wonderful options for you to choose from. 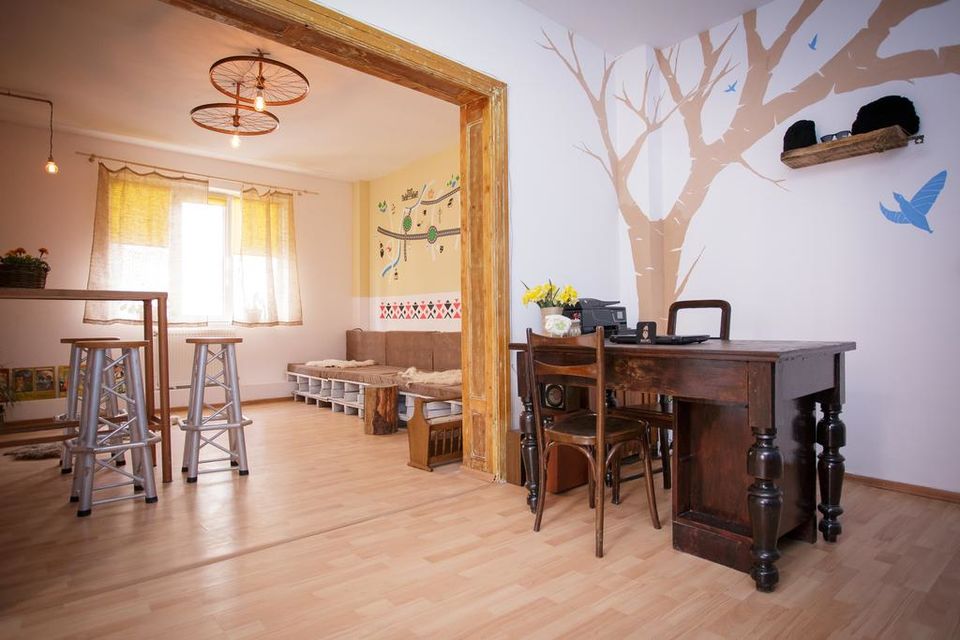 ₹602 per night inclusive of breakfast 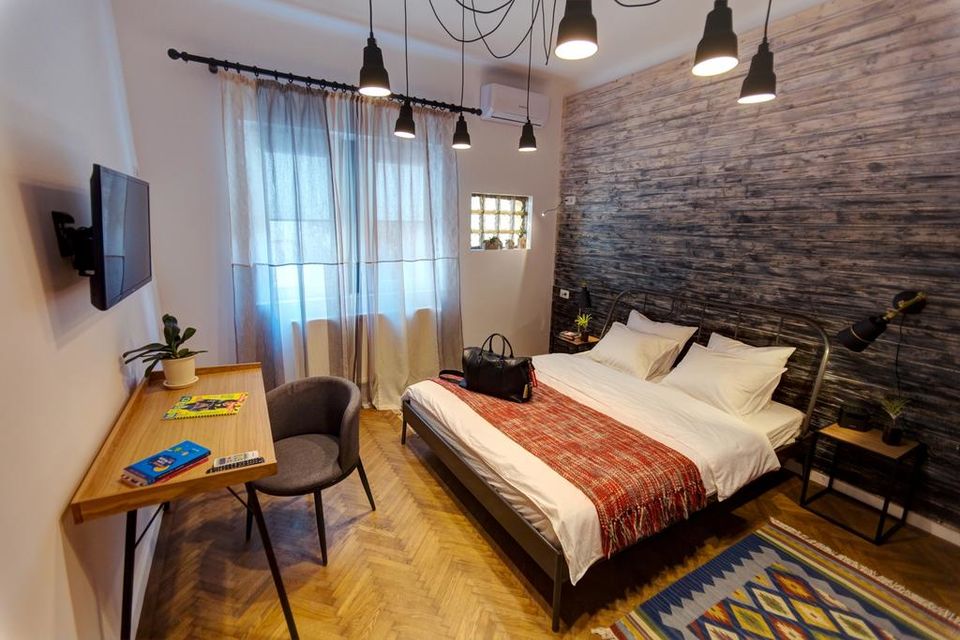 ₹640 per night inclusive of breakfast

So how do you like your 10 day Eastern Europe super budget itinerary? Well, you could cut costs even more if you go with 1 or more people. So gather your friends, plan your next trip, and if you have any questions do message me and I will be glad to help!

Have you already travelled to these places or others in Eastern Europe? We'd love to know about your experiences. Write on Tripoto and inspire our community of travellers to try it.