After exploring the beautiful city of lakes – Udaipur, it was time to head to next destination Delhi. 795 kms to cover in a day on Dominar is very easy task on the beautiful highways of Rajasthan and Haryana. Before heading towards Delhi I decided to give a visit to Om Banna Bullet Baba Temple which is famous for all the Riders who cross this route. Located in the Pali district of Rajasthan, Om Banna Temple is a small shrine dedicated to Om Singh Rathore, a Rajput Thakur, and his bike 350cc Royal Enfield Bullet. As per local legends, once Om Singh Rathore was travelling to Chotila on his bike when lost control and hit a nearby tree. He died on the spot. Later on, when the police came to inspect the accident, they took the bike to the police station. But to everyone's surprise, the next day, the bike was found at the site of the accident. The police took the bike again, chained it with a lock and emptied its fuel tank. But the next day again, the bike disappeared from the police station and was found at the site of the accident. When locals came to know about it, they built a temple dedicated to Om Banna and started worshipping the bike. Since then, it is also known as Bullet Baba Temple. It is believed that whoever gets the blessings of Om Banna in this temple never encounter deadly accidents in their lives. People come here everyday and offer incense sticks, sweets, bangles, scarves and flowers. 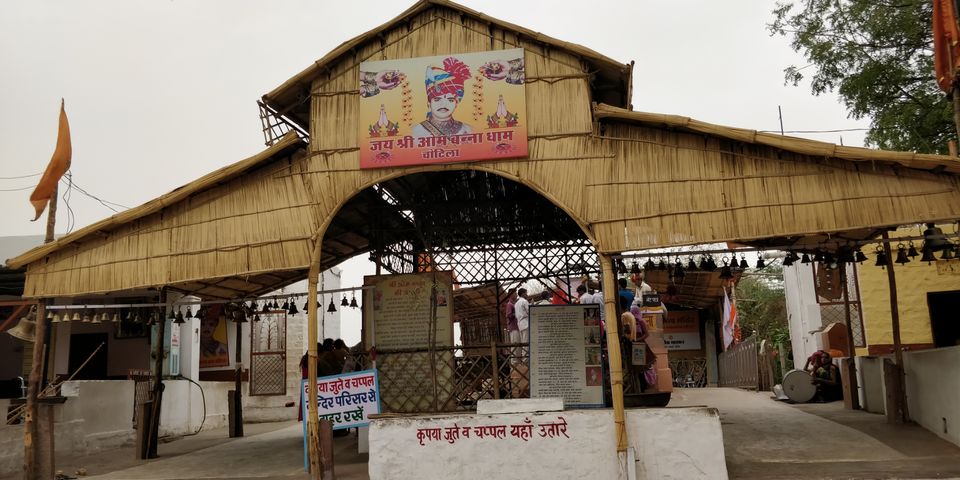 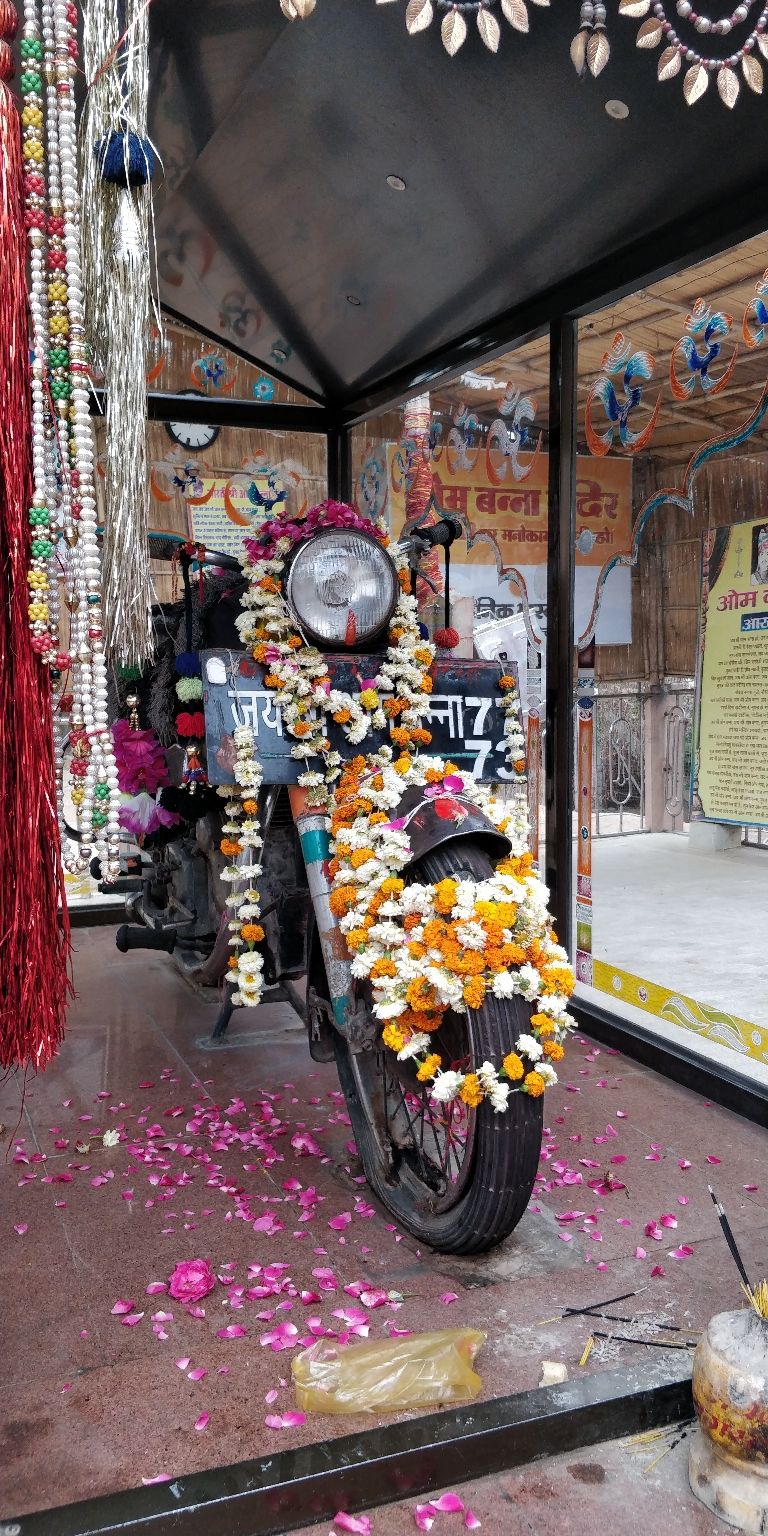 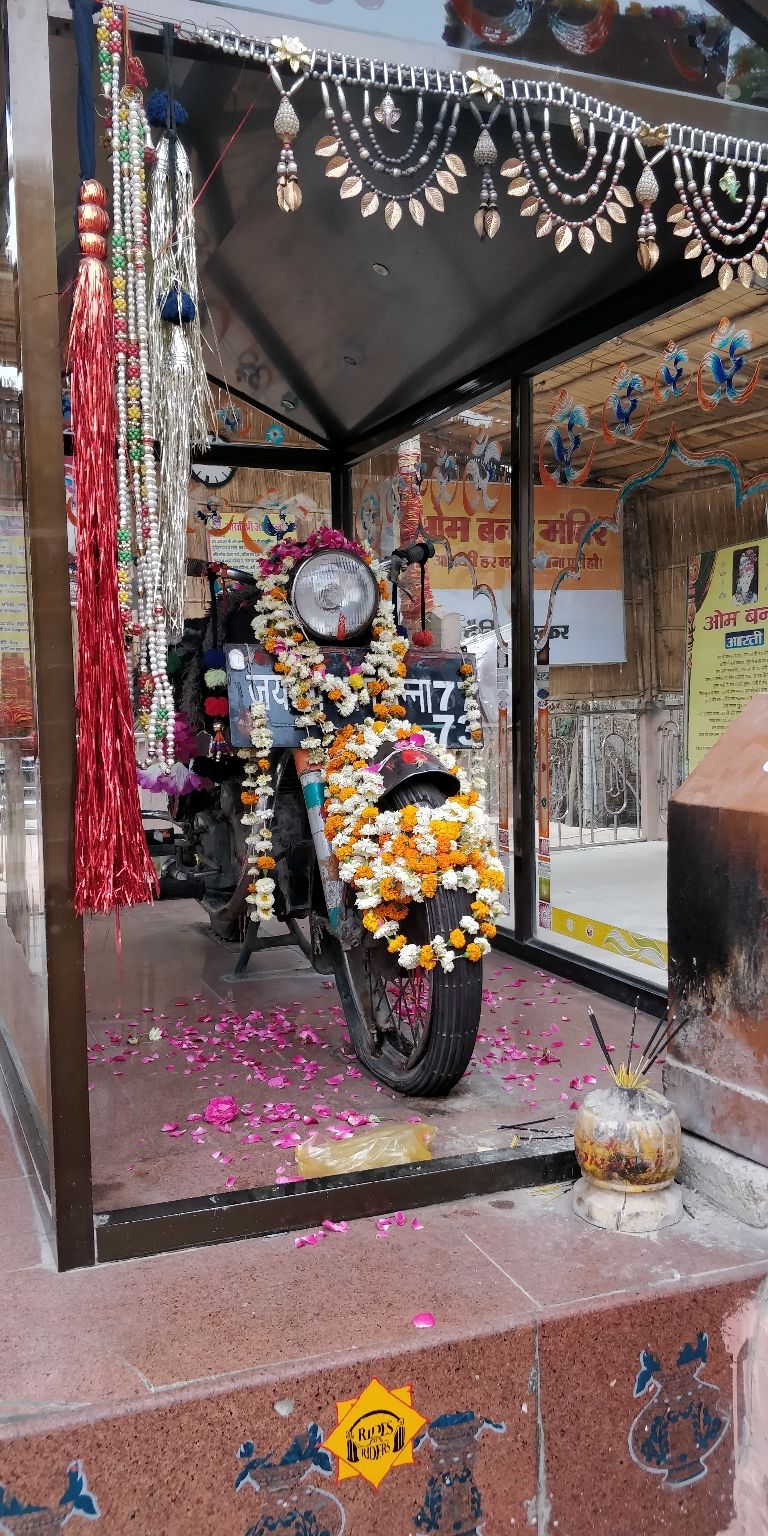 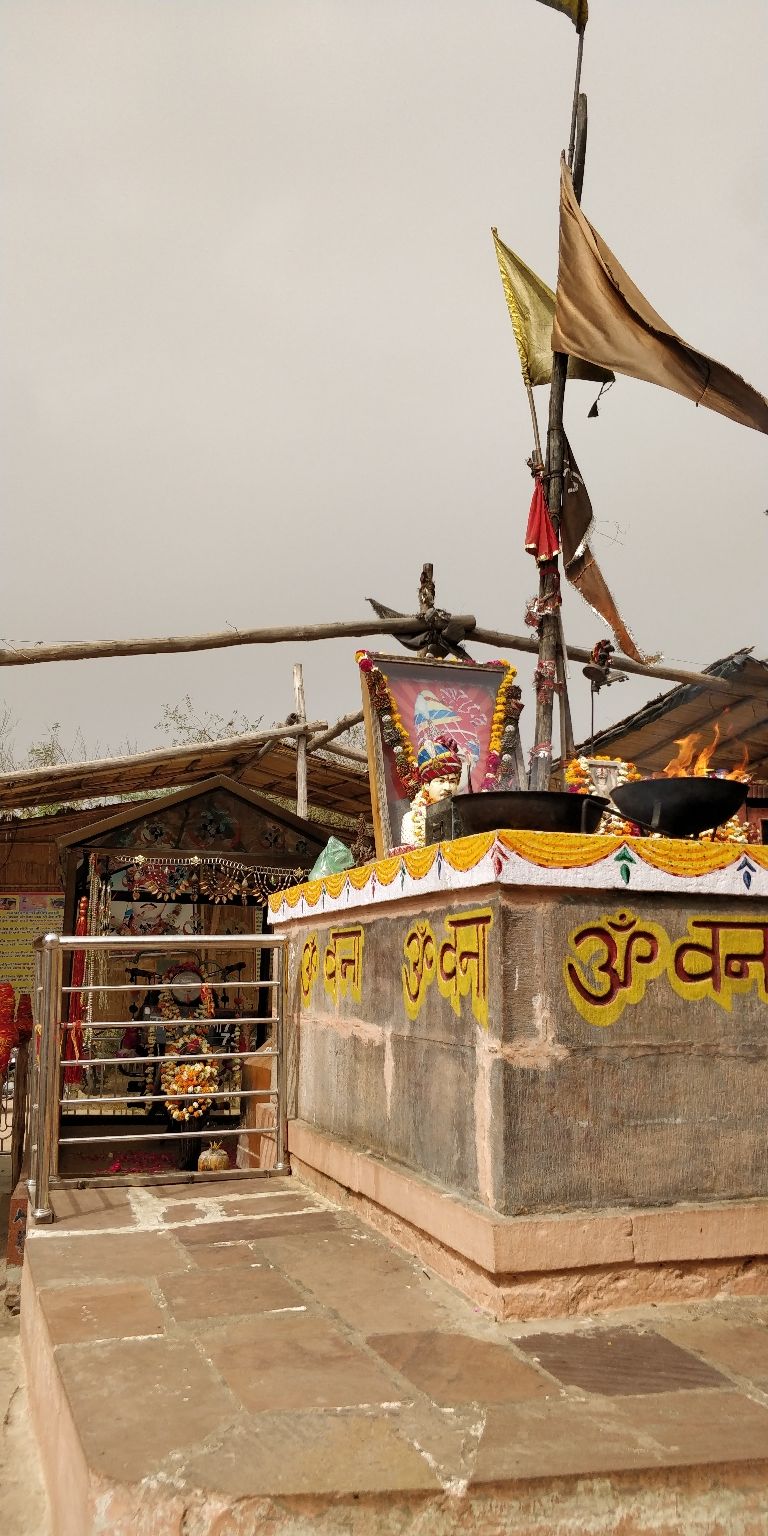 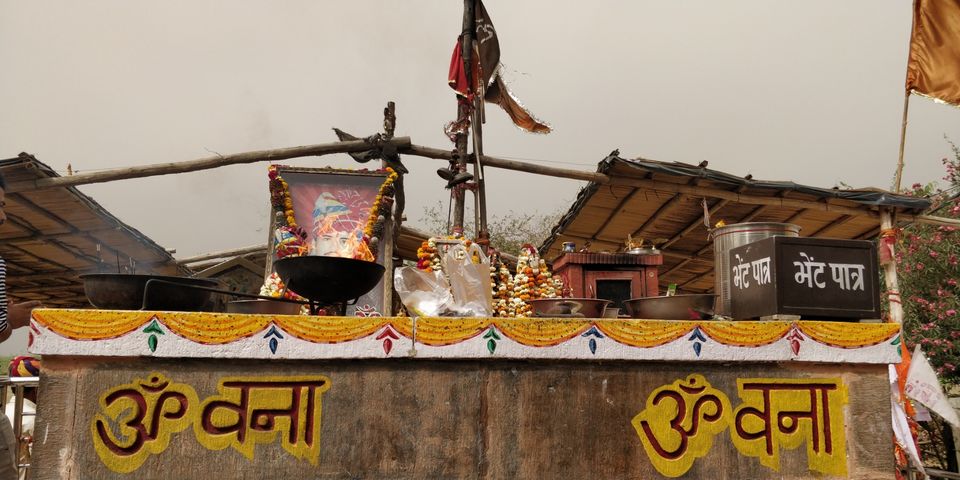