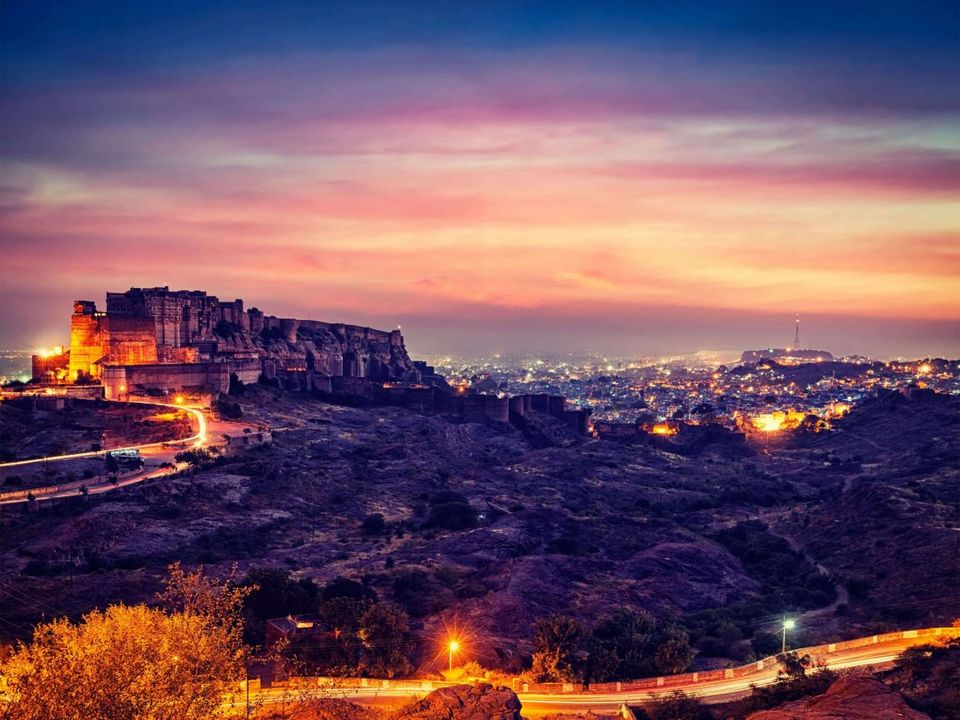 Hello travelers welcome to Jodhpur travel Blog. So, if you are in doubt of which city in India you should visit next, let us recommend: Jodhpur.

One of the most visited places in India, Jodhpur is located in Northwest In Rajasthan . The Blue Coloured City is one of the Top Places to be Visited by foreigners and it a great Place For History Seekers .

Over half of the houses in Jodhpur are painted blue, have a blue roof or blue ornate doors It is the Favourite place for Instagrammers .

Here are the Best Places to Visit in Jodhpur

Jodhpur Tourism : Things to Do

Looking for a tourist destination to explore the historical forts in India? If so, the northwestern Indian state of Rajasthan, which is earnestly renowned as the ‘Land of Forts and Palaces’, is just for you. This state owns a great number of forts. Mehrangarh is the main one of them.

Umaid Bhawan Palace is one of the largest private residences in the world. This is only palace to have a working elevator in India. Located in Jodhpur, a part of this palace is a heritage hotel today. The palace has 347 rooms, which were occupied by the royal family of Jodhpur royals in the past.

or the Clock Tower is a prominent landmark in Jodhpur; it was built by Maharaja Sardar Singh between 1880 and 1911. More of a landmark in the market by the same name, it is more of an architectural delight.

was built in the 1740s by Maharaja Abhay Singh’s queen consort which was in keeping with the age old tradition of ladies of the royal family building Public water works. The Jhalra was primarily used by women, as fetching and storing water was one of their principal household chores.The Jhalra is embellished with intricate carving of dancing elephants, Medieval Lion and cow shaped water sprouts.

5. The Blue City Of Jodhpur

There are many reasons why Jodhpur is called the Blue City. Most of the houses in Jodhpur’s old city are Blue-colored and some people say that the colour is associated with the Brahmins and that blue houses of the city belong to that caste person. It’s not the only grounds behind that are said. It’s also said that as it’s called as the Sun City because the weather remains bright and sunny all around the year.

Mandore Garden is one of the well preserved sites of the abandoned city Mandore which was the ancient capital of Marwar. The city is as old as the epic Ramayana. As per the story Ravana married the queen of Mandavyapur (the old name of Mandore) Mandodari.

Jaswant Thada is a beautiful marble monument located in Jodhpur, Rajasthan. It is counted among the famous tourist destinations of Rajasthan. The Mehrangarh Fort is built on a high hill in the foothills of the Jaswant Thada Fort, to the left of the complex.

The Golden City of Jaisalmer which is 290kms from Jodhpur is simply unmatched. It was the part of the famous Silk Route during the days of yore. The splendid Jaisalmer Fort stands proudly on its land and narrates the stories of the valor and chivalry of the Rajput rulers. Jaisalmer still retains its medieval charm, which is evident in its colorful narrow streets, splendid forts and palaces of Rajasthan, opulent havelis and bazaars.