Road Trip from Gurgaon to Sariska

We just had a day and a half and wanted to get away from the pollution of Gurgaon and so decided to go to Sariska as it is some 150 odd kms from Gurgaon.

It was the busy Diwali weekend and we had woken up quite late and so by the time I tried to do the bookings. most hotels which I had liked were either sold or exorbitantly priced. For example Dadhikar Fort was no longer available and Sariska Palace was selling at an obnoxious 40k. So we ended up booking one night in Alwar at Genx 1589 and another at Sterling Sariska.

My wife got done with her work at around 6pm and we immediately followed Google Maps and left for Alwar distance being roughly around 120 kms. I had expected to cover some distance under light but she got free late and it was already dark by the time we left  and we straight away hit the Jaipur Highway. There was some confusion when we were closing in on bhiwadi as Google maps showed 3 alternate routes but we decided to take the Bhiwadi - Alwar highway where the roads initially we're quite bad with a lot of potholes and speed breakers, but eventually got better after 20 odd kilometers. We did not stop anyway on the way and reached our hotel in Alwar - Genx Aravali by 1589 at around 9 pm. The hotel is located in Matsya Industrial area slightly away from the main city so being tired we decided to order food in the room . The hotel was okay serving mainly to corporates but the food was quite good . In the meanwhile, I went online and started booking for the Safari for the next day. By that time, the morning Safaris were all sold out and we only had the option of booking the afternoon Safari  and after doing so we watched some television and retired to bed.

Having been exhausted during Diwali earlier , we woke up at leisure with no agenda for the day but the Safari. After having a late breakfast and getting ready, we left around 12 pm for the Sariska Gate which was approximately at a distance of 45 kms from the Matsya Industrial Area. The roads became narrower with more potholes, speed breakers and patchworks as we progressed on to our journey.

We reached the Park by 1 30 pm and luckily for the online booking, I did not have to stand in the huge queue for current booking. Still it took almost 20-25 minutes even for me to get my tickets done. I had roughly paid Rs. 1530 for the two seats for two of us and we ended up sharing the vehicle with 4 more people. We met our guide and he told us that we could eat in the canteen while he got ready with the car. The canteen at Sariska National Park is pretty neat and clean but had only a limited options like Maggi, Tea, Coffee and Bread Pakoras.

When we were boarding our geep we realized that we were sharing the geep with not 4 people but 7 as the 4 adults had 3 small children too and 2 of them as small as few months old . Wonder how do people get such young babies for Safaris as they were getting so cranky all the time and crying . It is not only grossly unjust for the little ones but also the other Co travellers as the main aim of a safari is to enjoy the peace and tranquility of nature apart from trying to sight as many animals as possible and with so much noise much opportunity is lost.

As we started our forest ride, the guide gave us some insight about the Sariska Valley and National Park - total area of core and buffer zones and informed us that there roughly only 17 tigers present. For a lot of travellers on a jungle Safari in India, there whole focus lies on spotting the tiger but having done so already on a couple of occasions before, I firmly believe that one should enjoy the entire safari and sighting of each and every animal - no matter how big or small. The flaura and fauna of all these habitats are quite different from one another and Sariska was mainly lots of deciduous trees and few manmade lake bodies.

Our first spotting was by a water body where we spotted a tortoise sitting at the beach and then after sometime quietly floating down the water. We spotted a lot of peacocks, pea hens and variety of birds. Apart from that spotted deers, Sambhar deers and antelopes were in abundance as well. But there were no signs of the Big Cat anywhere. We even spotted a kill by a leopard hanging on a tree. But that was done a day earlier and today there had been no luck to spot a tiger or any leopard. The guide himself had lost much enthusiasm as early as the middle of the Safari - maybe it was the crying of the babies or lack of spotting of even pug marks. We had booked Route 1 of the Safari but there was no mention of it anywhere that what exactly is route 1 and it's difference with other routes. We were completely at the mercy of our guide and driver and wherever they took us, we had no choice but to believe that we were on the right route. They stopped the vehicle for some 15 minutes during the end trying to build up a plot that the tiger could be anywhere in the near vicinity and was most likely to cross that road in the next few minutes. Most tourist do fall for this kind of trap but trust me this is mainly for them to kill some 15-20 off minutes without burning their fuel.

We finally got done by 5 30 pm and went straight to the Sariska Sterling property which was around 6 kms from the National Park. Sterling property is located right on the fringes of the national park and have all the facilities like pool, spa and games center. We tried our hand at a few games at the activity center and then came back to the room to enjoy some snacks and drinks. They served us a scrumptious dinner which he ate and slept as we had an early morning tomorrow as we had to reach Delhi before office time. 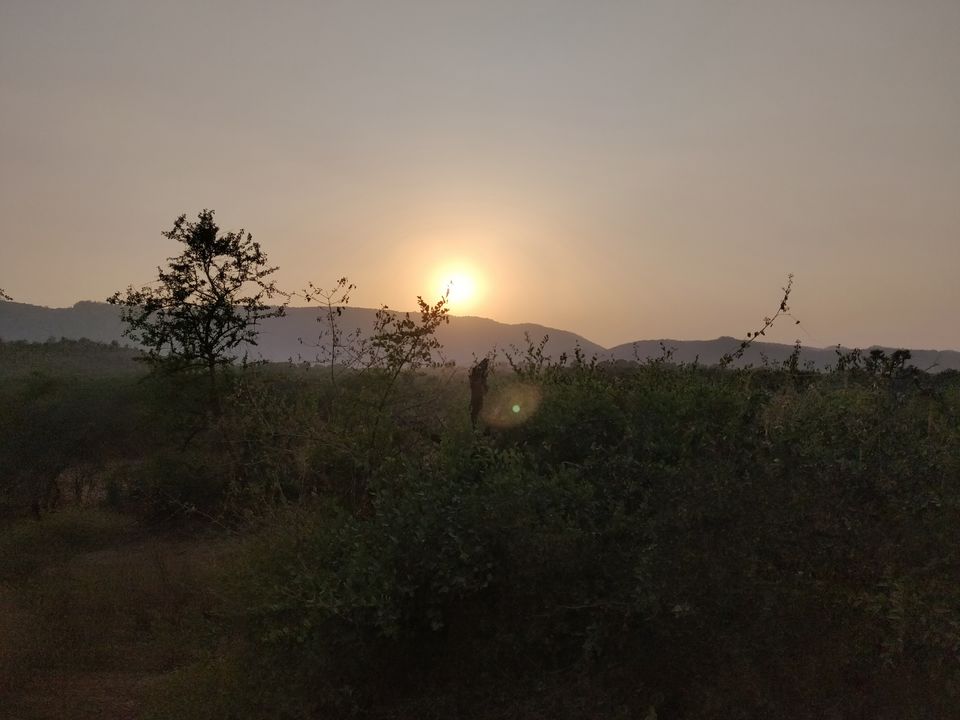 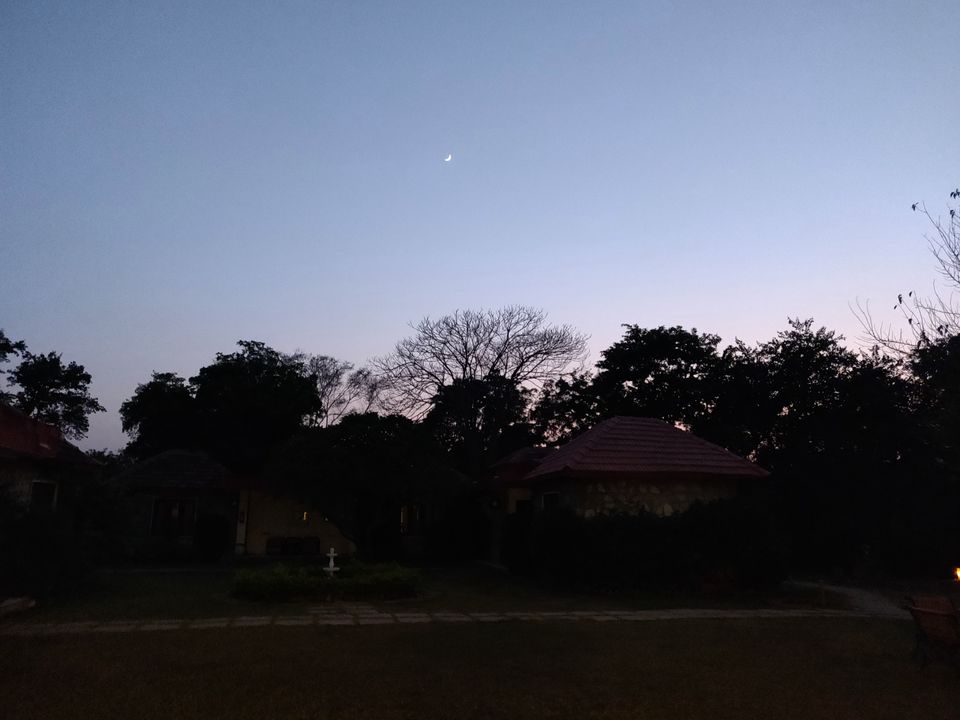 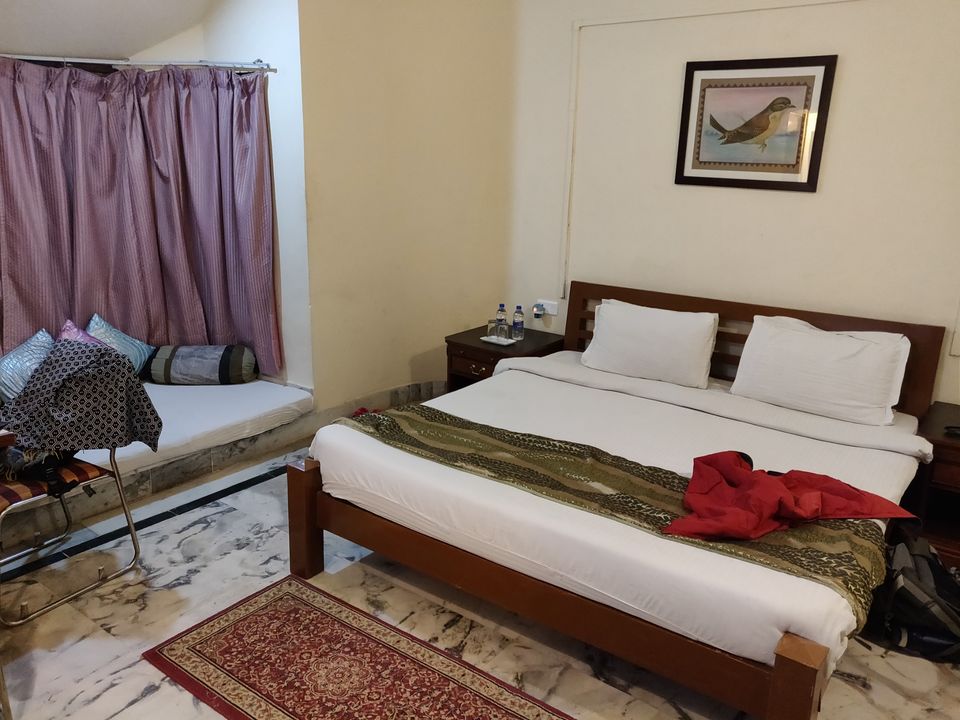 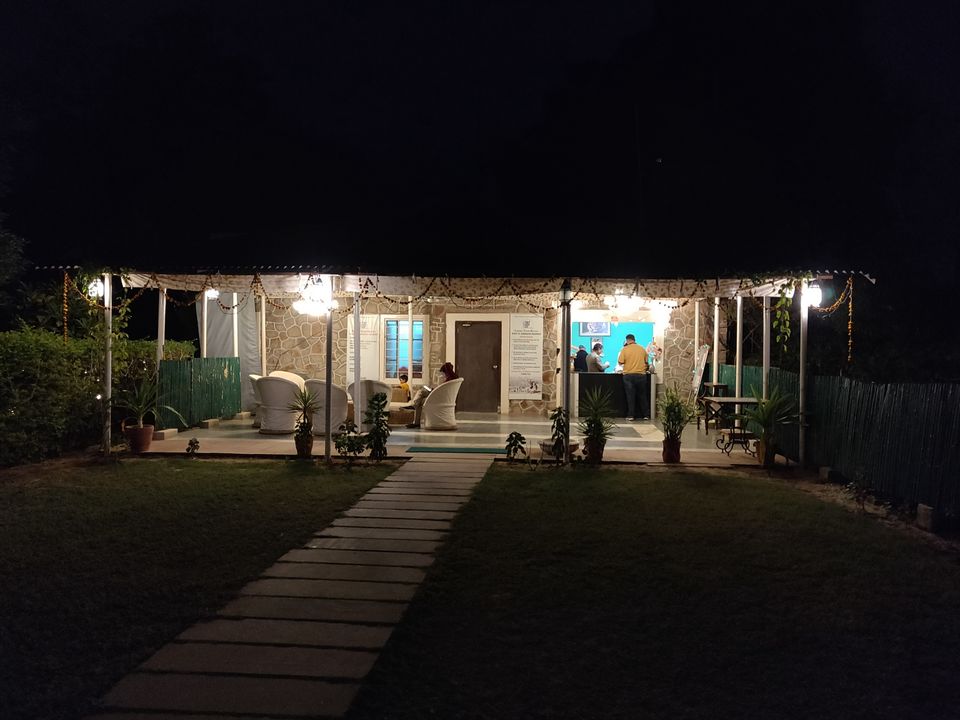 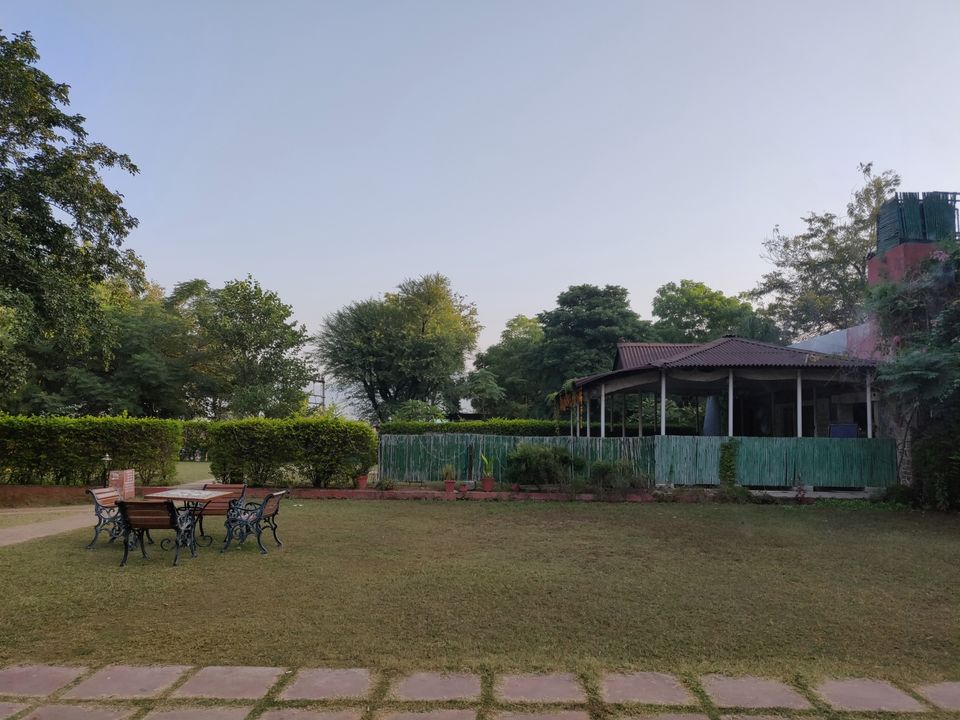