A Day in Assisi 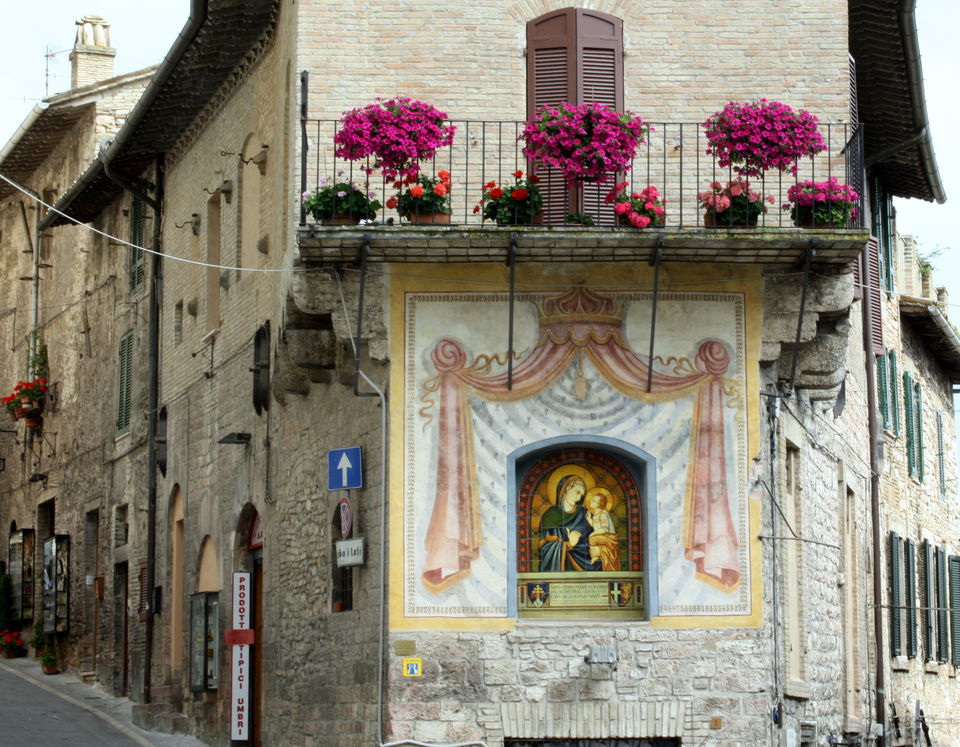 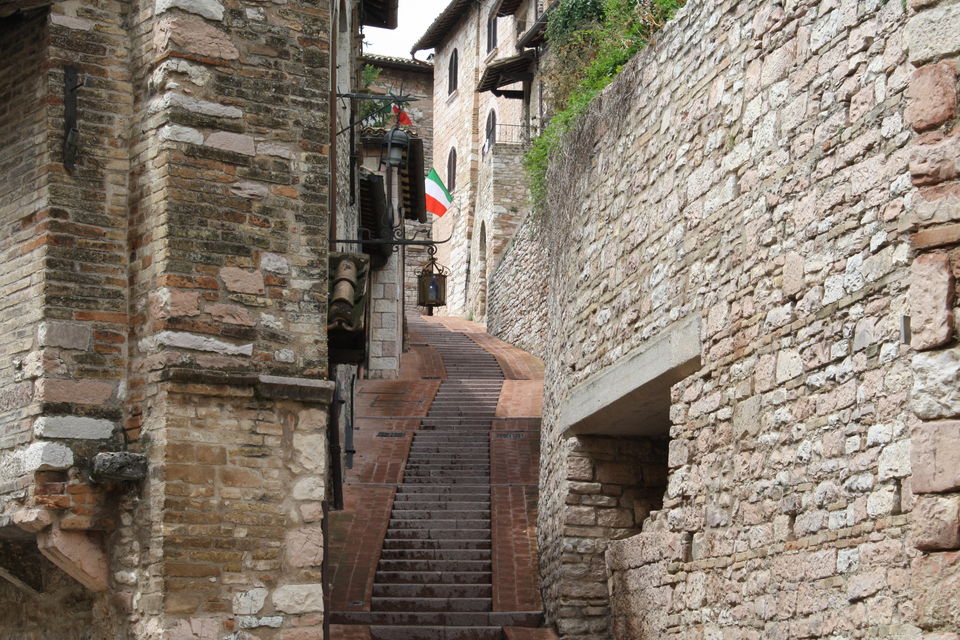 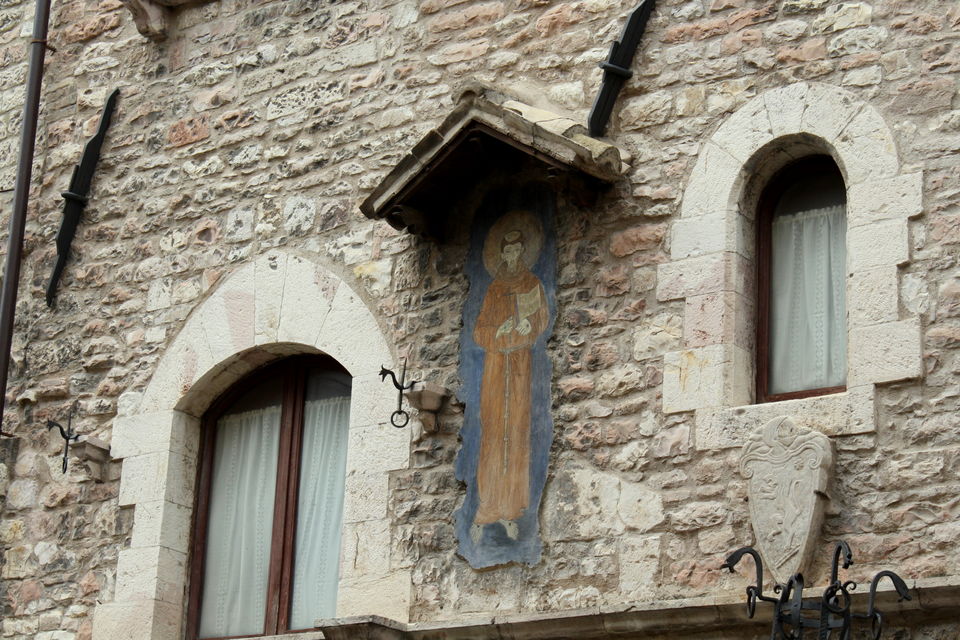 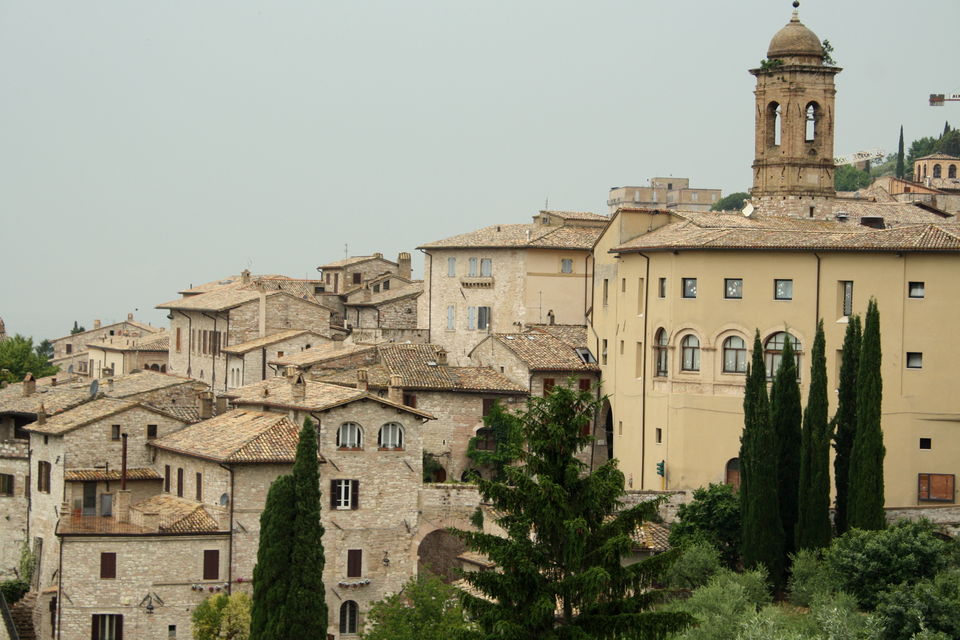 A Day in Assisi

More than just another pretty hill town perched above the Tuscan countryside, Assisi charms with its cobblestone walkways that double as streets, its peaceful atmosphere, and its Italian history. In fact it’s not even in Tuscany. Assisi sits about 90 miles north of Rome in the rolling hills of Umbria. This well preserved medieval town is known primarily as the birthplace of St. Francis, 1182 – 1226 AD.

Francis, born in Assisi to the son of a wealthy cloth merchant, reportedly dreamed of military glory until those worldly ambitions were abandoned while imprisoned at age 19. He then became a mystic who experienced visions of Christ and Mary, composed the first poems in the Italian language about the beauties of nature, and in 1210 founded the famous order of mendicant friars known as the Franciscans.

His love of nature and his humble unassuming character earned him an enormous following throughout Europe. Francis was the first known Christian to receive the stigmata, the spontaneously appearing wounds on the hands, feet, and side of the body corresponding to the torments of Christ on the cross.

The Basilica of San Francesco completely built between 1228 and 1253 AD, rare for a church of this size. By the mid 1400’s pilgrims were flocking to Assisi from all parts of Europe. St. Francis’ body became one of the most important relics…anywhere. Why? Because medieval Christians thought holy relics gave you power, answered your prayers, helped you win wars, and of course helped you get to heaven.

Today this walled medieval town and its grand basilica are among the most visited of Christian shrines. Be sure to take the steps to the lower level where St. Francis’ tomb lies. Its humble elegance and beauty befits this saint who preached simplicity and poverty.

Frescoes detailing St. Francis’ life, landscapes, Jesus, and Mary tell us the stories of that time. Leading artists of the 13th century frescoed the lower basilica from top to bottom. Giotto, a follower of St. Francis and the most powerful storyteller of his day, painted holy people expressing emotion. A first for that time.

The story of St. Francis actually starts below Assisi in the church of Santa Maria degli Angeli, St. Mary of the Angels. This is really a church within a church, given to Francis by the Pope. The Pope gave him his blessing…and this fixer-upper chapel. After rebuilding it Francis established the Franciscan Order.

Once outside the church, take some time to explore the narrow lanes that serve as streets or hike up the steep steps of one street and back through massive iron gates onto a lower street. Don’t forget to look up. Gardens seemingly grow out of every window and on every roof top. Neon pink flowers trail down onto store fronts from the balcony perches. Frescoes, paintings, and statues adorn walls throughout the town.

Grab some water and picnic lunch and hike to Rocca Maggiore, the imposing bastion that looms over Assisi. This castle was built to intimidate potential invaders, mainly the work of Cardinal Albornoz with additions by Popes Pius II and Paul III.

Peacefulness in this sacred town exists…in fact it engulfs you. It’s everywhere. Sit and reflect at a mass in one of the many churches…people watch as you eat gelato at a sidewalk café…explore side streets to find your lunch spot…and relax with a glass of vino.

If you go: located about 90 miles north of Rome, you can drive or take a bus trip. If you drive, park outside the wall and walk into Assisi. Only taxis and local cars are permitted inside the wall.

Assisi gets extremely busy with tourists during the summer. There is an annual balcony garden competition every summer.