This was one place that I could vouch for the best view of the city, as I had never seen San Francisco the way i saw it when I reached Alcatraz. It's intriguing history reflected in every inch of a step I took around the island. And as I walked amongst the walls that once imprisoned ingenious criminals like Al Capone and Mickey Cohen, the walls seemed to be speaking back to me about their military and ethnic history. While I did have a choice to be part of some guided tour around the island, I broke away from those creepy cramped cells and climbed up the stairs of the lighthouse for the most breathtaking view of the bay and its city!

Ripleys Believe It or Not!

While I wandered around Fisherman's Wharf, the curious cat in me couldn't resist the famous Ripley's Believe It or Not Museum. As a kid, watching the show and reading it's yearbook was one of my favourite pass times. And when I got the opportunity to relive all those unbelievable, strange and unusual man-made sights on Earth, it didn't take me long before I entered the two-story iconic building. I got completely lost for hours in its numerous exhibits and creations of the most strangest yet quirkiest minds in man's history!

Once I reached the much talked about Fisherman's Wharf, it was difficult for me to decide where to start exploring the hidden experiences of the City of Bay. Truly called a tourist spot, one day seemed just too short a period of time. From the extraordinary view of sea lions at Pier 39, to the world famous statues at Madame Tussaud's Wax Museum, were the kind of sights I got to see. While the food was mouthwatering, I couldn't resist from choosing my favourites in the world fmaous clam chowder, fried fish and the well-known San Francisco sour dough. And this was just the beginning of my tour at Fisherman's Wharf. Later came the international hotspot Musee Mechanique, 1980's arcade games and Ghirardelli Square. 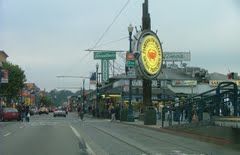 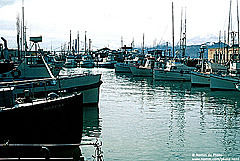 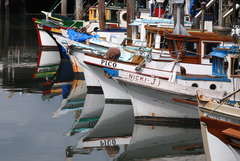 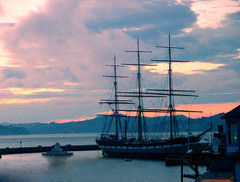 The first thing I did on reaching the city was borrow my cousin's car and experience what San Francisco has been known for- the Golden Gate Bridge. And it was the most remarkable drive and even a better view, for the driveway from the City to the Marin County and back was not merely any highway road trip but a drive along what was once the longest suspension bridge. Today also, when I look back on that drive, it seems to be one of the most fabulously designed architectural masterpiece! 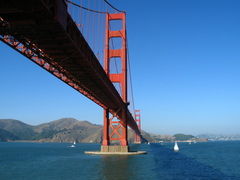 While I enjoyed the drive over the Golden Gate Bridge, I was told not to miss out on the Park either. So off I went to unravel what seemed to me a plethora of interests merging at one place- the Golden Gate Park. While on one side I sipped on some exotic tea at the Japanese Tea Garden, on the other side the nature lover in me came alive seeing the exotic species at the Conservatory of Flower. As I walked further into the greens, I encountered an opportunity to walk along paths of history at two of the most famous museums- the California Academy of Sciences, which was a wonder in itself and then came the De Young Museum. And then I thought to myself, little did I know before I had left home for that one drive across the bridge, that I'll get to explore something much more than what I had expected. 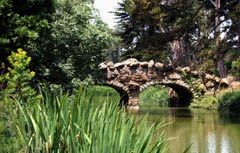 So the sun had begun to hide behind the clouds as dusk drew above us and, along with my cousin and friends, I went to what they called the "Little Italy" of San Francisco. With pristine blue waters facing us on the shores, I stood on the North Beach and so did little treats from Italy; while we relished on pizzas at Italian cafes and bistros on one side, we ended our meal at the gelato patisserie and the tiramisu it offered on the other side. It seemed like the perfect end to my day as we then headed to Vesuvio bar to celebrate life the San Francisco way! 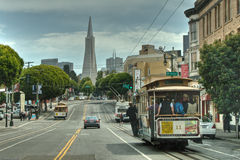 Chinatown became my favourite lunch spot whilst my stay at San Francisco. While each and every structure reeled of being the oldest Chinatown in North America, the souvenir shops and little takeaway hideouts spoke of the authentic oriental essence for which the place had stood for since the 80s. with a friend, I explored and checked out the representation of its fascinating history in a Chinese Heritage Walk. 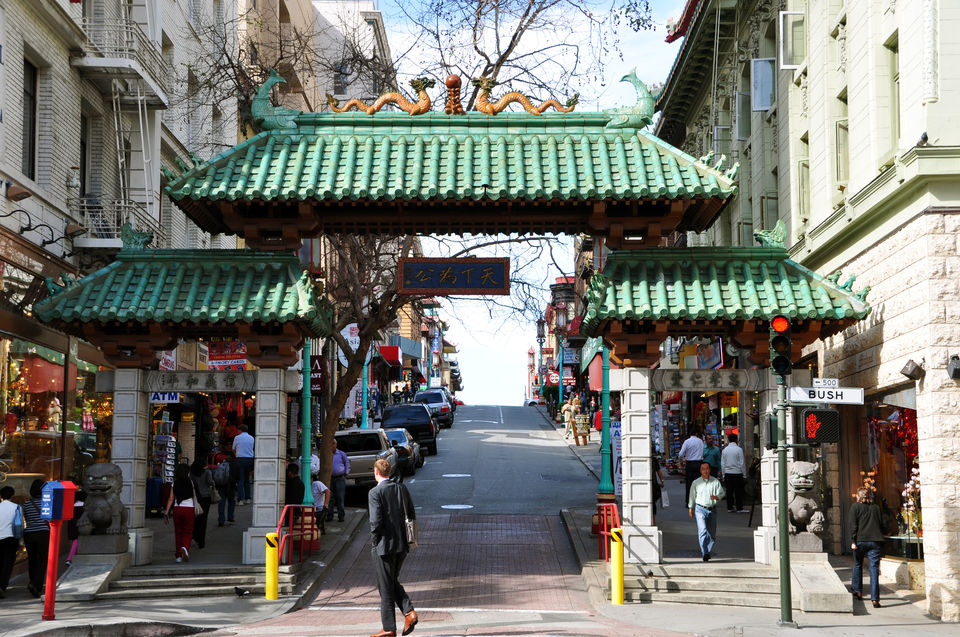 Ever been to a city and faced a revelation that it might be just the perfect place for you? Well it happened to me.. when I visited the city of the Golden Gate... San Francisco!

So when I had gone to visit a cousin on the West Coast, California welcomed me with all its warmth and beauty. While I toured around the city, the food that accompanied met me on every street was as amazing as was the tour on the Double-decker bus or the fun ride down Nob Hill on Cable Cars.

And in mood for typical tourist-y acts, I couldn't stop myself from gazing around all those "city-attractions" that my cousin had enlisted for me. From being a peak of European serenity in its suburbs to the bustling of oriental essences in Chinatown, from the magnificient views of underwater aquariums at Fisherman's Wharf to the chilled out cafes in North Beach.. and to top it all of were the ageless everlasting heavenly view of the Golden Gate Bridge and Golden Gate Park, the City by the Bay was a unique travel experience mixed with a sense of belongingness that made me go back for more!