For all the cheese lovers, there's one variety of Himalayan cheese which is not known to many. Chhurpi is essentially cheese, which can be both hard and soft or can be sweet, tangy or bland. Now that's confusing right? Well, let me elucidate.

Found mostly in the Himalayan regions of Sikkim, West Bengal and Bhutan, chhurpi is not just another candy or lozenge, it’s a way of life. All along the streets of these places, you can spot numerous shops selling garlands of what look like hardened cheese cubes brown or white in colour. The brown ones are bland and the white ones are sweet in taste. These cheese cubes can be a little tricky for the first timers but once you start biting into it you gradually start falling for the taste. Well there’s another Chhurpi that you will mostly see in the local produce markets of these regions. This variety is the softer version of the same Chhurpi with a tangy taste.

This variety of Chhurpi is seen mostly in local markets or makeshift stalls on the way to Sikkim or Bhutan. Sold neatly packed in broad green leaves or plastic and loosely tied with a jute thread, this variety has a tangy taste and a characteristic pungent smell. It is used to make a variety of delectable recipes that are an important part of the Nepali or Bhutanese cuisine. In Nepali cuisine chhurpi is used to make achar, dumplings, or eaten with edible ferns called Ningro in local dialect. The achar is more or less like chutney prepared with finely sliced onions, tomatoes with lots of fiery chillies called dalle khorsani and is used as a side dish. However, in Bhutan Chhurpi is also known as Datshi and is an important ingredient of a dish called Emadatshi, which is a creamy white gravy comprising mainly of cheese (datshi), potatoes and thinly sliced chillies.

Chhurpi or Datshi can be made from cow’s, goat’s or yak’s milk. It has a texture similar to Cottage Cheese or Ricotta Cheese. The tanginess in the taste can be attributed to its method of preparation which mainly consists of fermentation of raw milk. Raw milk is left to ferment in a warm corner in the house, followed by adding fresh milk to the fermented one over a period of say five days. When the mixture coagulates into curd, it is churned in a traditional wooden container. This continuous churning of the curd separates the butter on the top, which is then collected and kept aside. The remaining buttermilk is then heated over a burner or stove and stirred occasionally and brought to boil to yield the chhurpi. The butter obtained as a by-product is also sold in the markets, neatly packed in the same kind of leaves that are used to pack the chhurpi. Chhurpi is a rich source of good bacteria for the gut and protein. At higher altitudes or due to landslides, when the availability of fresh vegetables becomes a challenge chhurpi acts a delicious substitute for side dishes in meals.

This hard variety of cheese made from Yak's milk is called Chhurpi too. It can be brown or white in colour. The white ones are sweet in taste and the brown ones are mostly tasteless. However, my personal favourite is the brown variety. Initially one may not like it but once you start biting into it, the flavour gets addictive. It has a grainy texture once bitten into for long and turns whitish exuding the milk from within. It has a smoky flavour due to the method of preparation.

The method of preparation is similar as described for soft chhurpi with few added steps of preserving and ageing the chhurpi perfectly. After obtaining the chhurpi from the buttermilk, it is wrapped in jute bags and pressed under the weight of heavy stones. Thereafter the semi hardened cheese is cut into long slices or larger cubes and dried further by hanging them over ceilings in kitchens just above the stove, which adds the smoky flavour to it. If you check closely, each piece has a darker brown side with imprints of the patterns from jute bags, and sometimes you may find fine jute threads stuck on the surface as well.

Chhurpi is highly preferred by hikers as an ideal titbit that can help you climb better and keep you warm at higher altitudes. The Chhurpi sticks are also used as pet chews for teething puppies and kittens.

Chhurpi for me equates to nostalgia. Growing up in Gangtok, chhurpi was eaten almost every day on the way to school or back home. Momos always tasted better with chhurpi ko achar. Therefore, after leaving home for higher studies I always made sure I carried back enough supply of chhurpi to last me for a few months. Now that you know what those garlands of small cubes are, don’t hesitate to go ahead and taste them. Happy travelling! 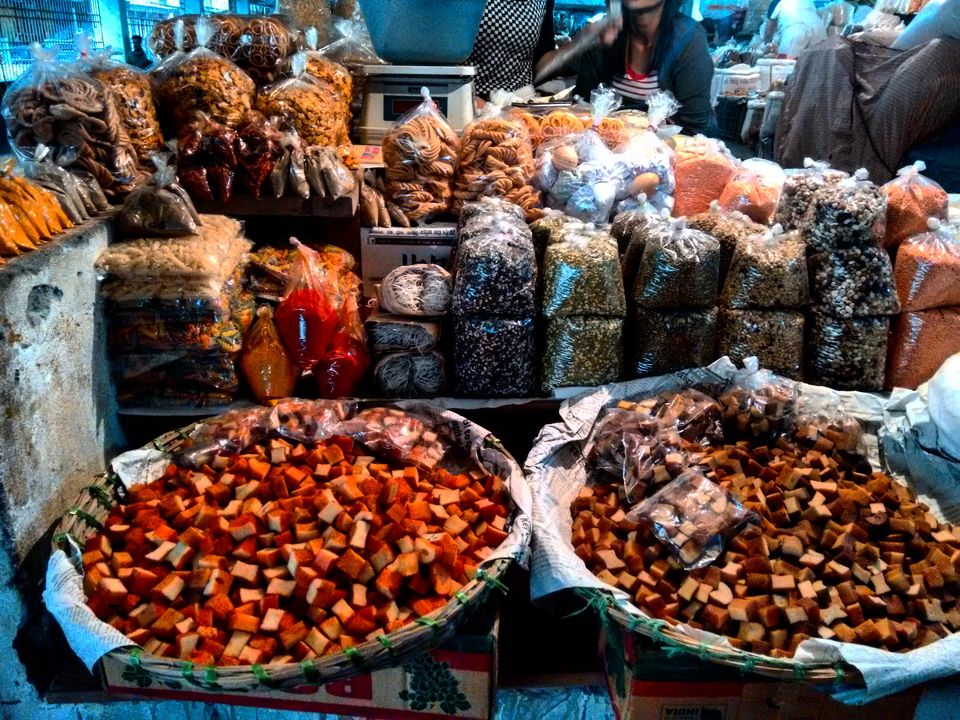 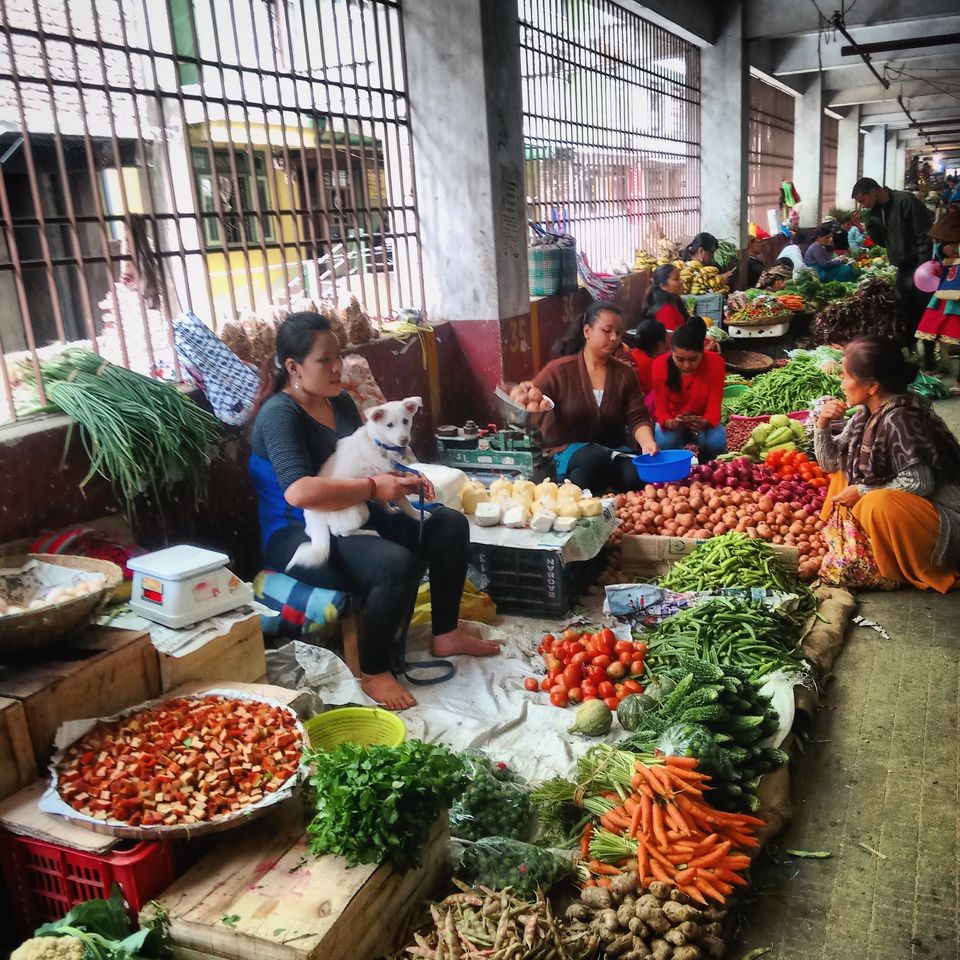 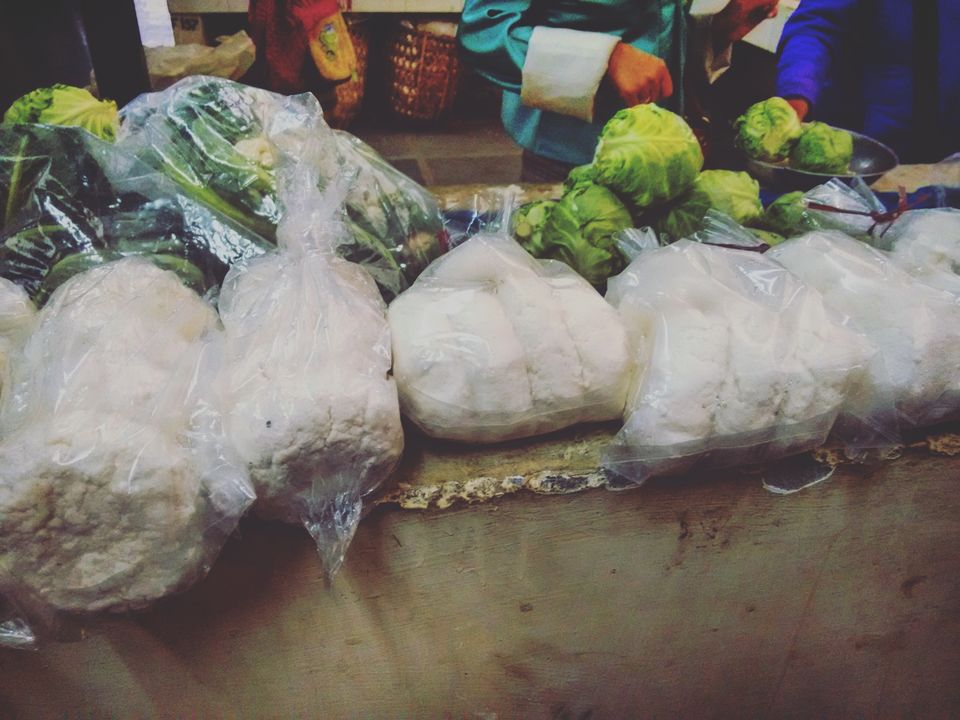 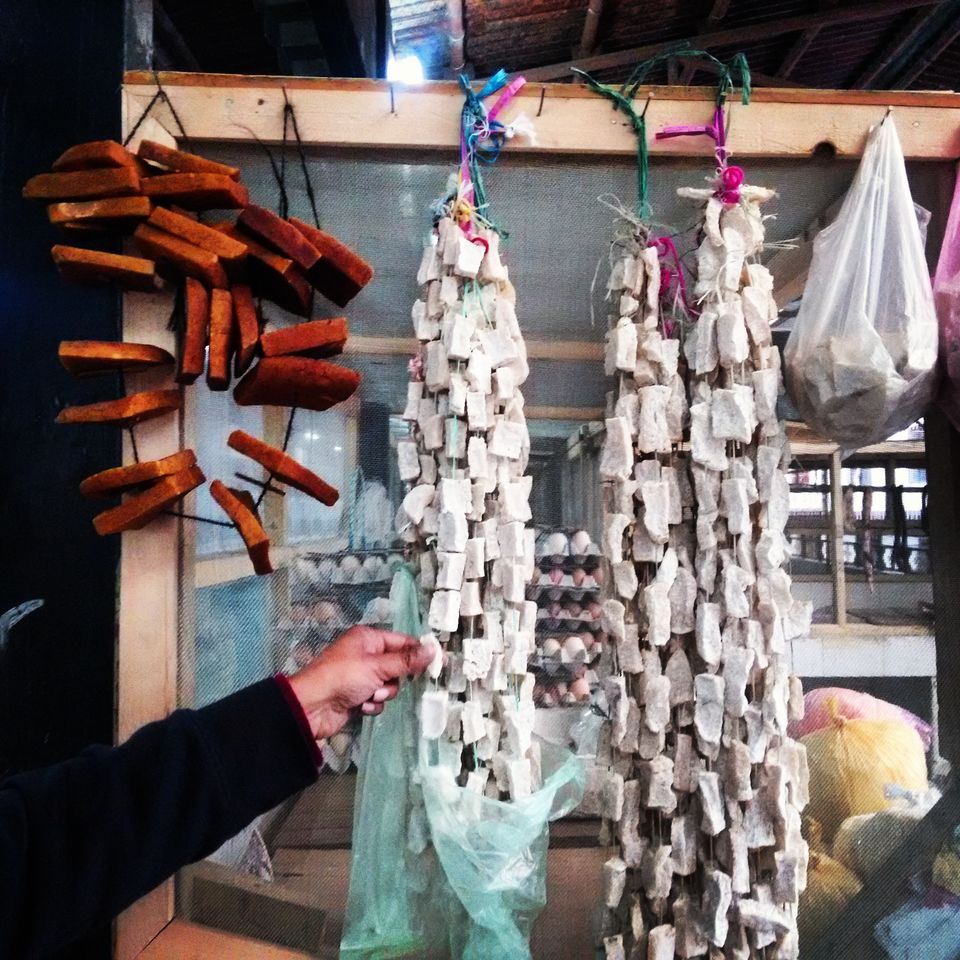