A Guide to Cantabria, Spain

Cantabria in the Spanish north may not be on everyone’s lips, but within a few miles of the seaside city of Santander there’s another world waiting to be discovered.

So, tell me, what do the Tunisian city of Carthage and a rolling green hillside in Spanish Cantabria have in common? Give up? Elephants, that’s what.
But to make this tenuous link we’ll need a quick (and possibly flawed) recap of ancient history.

In 814BC Phoenician traders founded a new city on the north coast of Africa; the city was simply called ‘Kart-Hadasht’, or ‘new town’. In the following centuries the city prospered and became the focal point of the Mediterranean’s new kids on the block, the Carthaginians, rivalled only by Rome in their conquest of territory.

After a minor encounter on the island of Sicily the Carthaginians became embroiled in the First Punic War with the Romans. Then, in 247BC during the war which lasted twenty-three years a Carthaginian child was born to noble parents bearing a name that would strike terror into the heart of the Roman Empire. His name was Hannibal Barca.

In his childhood Hannibal learned to hate the Romans who had laid waste to his homeland in Carthage-controlled Spain. Hannibal swore revenge and by the age of 26 he had become a general in the great Carthaginian army vowing to revenge its subjugation at the hands of Rome.
To avoid Rome’s naval dominance of the Mediterranean Hannibal led a massive force of Carthaginian and Iberian foot soldiers, along with a vast Numidian cavalry (a north African Berber-Libyan kingdom of allies), northwards through the Iberian peninsulahoping to reach Rome by land, completely surprising their enemies. Among this massed band of warriors Hannibal was also accompanied by – you guessed it – a troop of thirty-seven African elephants. And the rest, as they say, is history.

And here is where that tenuous link is formed. Although Hannibal never passed through the rolling hills and mountains of the verdant lands of Cantabria in northern Spain I was standing on a hillside, gazing down upon a valley of grassland and red earth where a herd of elephants grazed and trumpeted under a Spanish sky.

Had you stumbled upon this place by accident you may be forgiven for thinking that some of the great Carthaginian’s pack animals had become estranged from their group and decided to take up camp among the rolling valleys of Cantabria. But you would be wrong of course – reportedly all of Hannibal’s thirty-seven animals made it across theAlpine peaks and onwards towards Rome.
I don’t like zoos. I don’t like seeing animals caged in small enclosures pacing back and forth, even if they are loved and cared for by the greatest ‘keepers’ on earth. But despite my dislike of the animal Alcatraz’s I do realise the valuable role which zoos play in providing the much needed genetic diversity in the war to protect many species on the brink of extinction - I just wish it could be done without confining supposedly wild animals in sometimes little more than a prison cell with a bale of straw and a dripping tap.

Cabárceno is different. Here the animals are free to roam ‘semi-wild’ on vast tracts of natural landscape, each environment suited to its particular inhabitants as I was now witnessing with the herd of elephants, walking single file, far off in the distance, at the edge of their very own lake. In the foreground a dozen Cape buffalo rested peacefully, sharing the same environment, just as they would in the wild.
In Cabárceno spaces are shared where possible and practical; sable antelope, giraffe and ostrich mingle with impala and gazelle on a vast plain. Camels share their environment with Addax (screw-horned antelope) while a wart hog family roots the earth around their feet.

Of course it’s not practical for many species to share their territory. Large carnivores like lions, tigers and wolf packs are free to roam specially designed enclosures. Up to forty Iberian bears, whose thick coats have taken on the colour of the surrounding red soil, are easily spotted roaming the hillside. There are hyenas and wild dogs, zebra and kangaroo, monkeys and hippopotamus, in fact over one-hundred species from five continents are housed in environments which have received the highest plaudits from the world’s governing bodies.
No visit to Cabárceno is complete without a visit to the raptor display, where birds of prey are released to fly free then lured back with the promise of a tasty morsel, flying only inches over the heads of spectators – in my case the leather jesses of a griffon vulture served as a painful reminder to keep my head well down next time.

But it is the gorilla enclosure which possibly causes the most oohing and aahing from Cabárceno’s visitors. Nothing prepares you for the power of Niky, the giant silverback, as he mock charges the (thick) glass window, or for the tenderness with which Moja nurses her newborn infant. And, their outdoor environment is one of the most spacious and best replicas of a lowland gorilla habitat I have seen anywhere.

Cabárceno is not inexpensive for sure, but I don’t know of another ‘zoo’ or ‘wildlife park’ anywhere which comes close to replicating an authentically ‘wild’ feeling. If only Hannibal’s elephants had known about this place, perhaps history might tell a different story.

GETTING THERE
Ryanair fly from Dublin to Santander (Cantabria) – www.ryainair.com 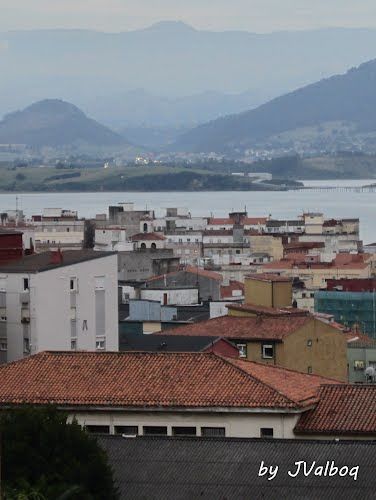 Situated on the site of a long abandoned open-cast iron mine, less than ten miles from the lovely seaside resort city of Santander, the park sprawls over an area of over 750 hectares (1,900 acres). Cabárceno is owned and operated by the company ‘Cantur’ with the goal of promoting tourism for the Cantabrian government. But its real raison d’être is in the conservation of endangered species and providing a vital means of environmental education to all of its visitors. In this facet it is neither a zoo nor is it a Natural Park, and I, for one, am glad. The Park is open all year round. In the high season expect to pay €24/adult, €14/child for a full day. With over 20km of roads through the park a car is a must to visit Cabárceno. Facilities include: a restaurant, cafeteria, picnic grounds, gift store, and playground. An ideal day out for all the family 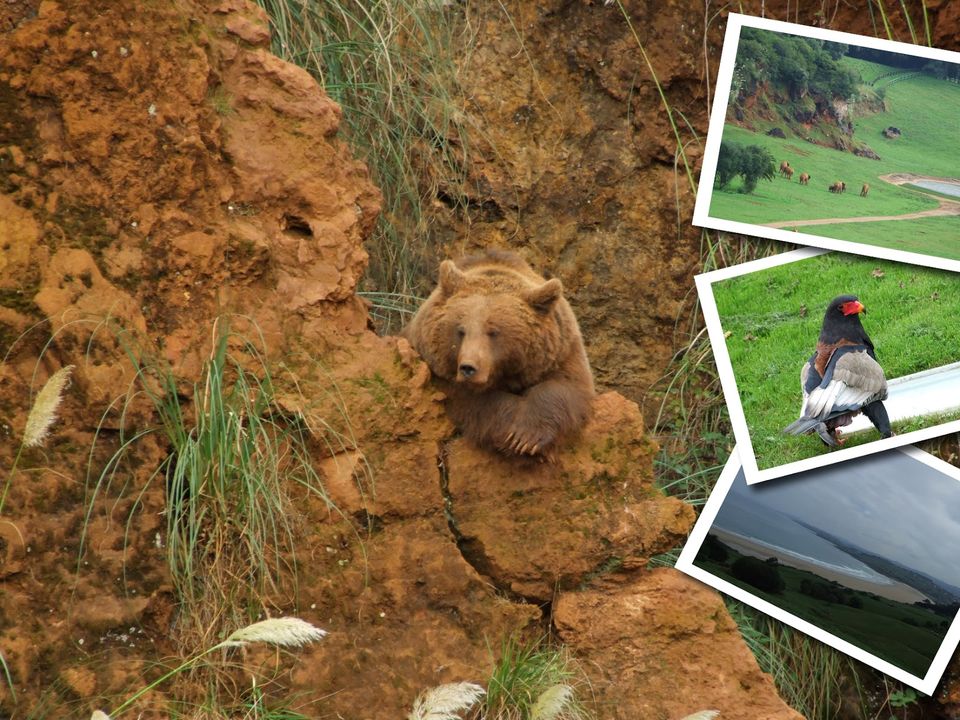 Hotel Hoyuela – Sited in the El Sardinero district of Santander, this four star hotel is perfect for exploring the beachside resort and old town – www.hotelhoyuela.es 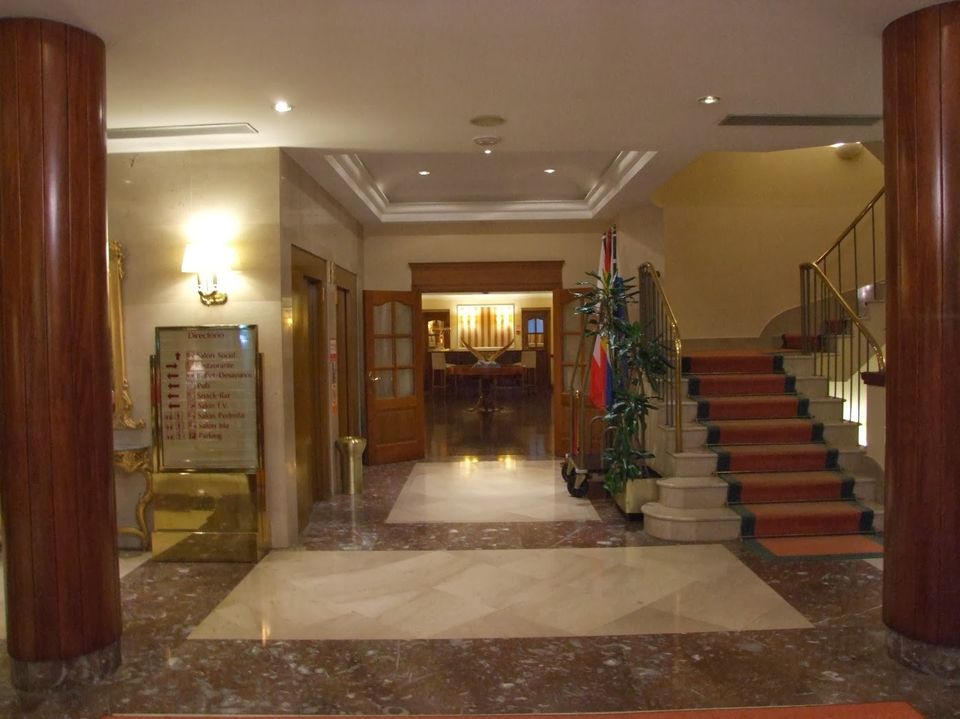