A Day in Dhanushkodi - Remnants from a Ghost Town #HiddenGem 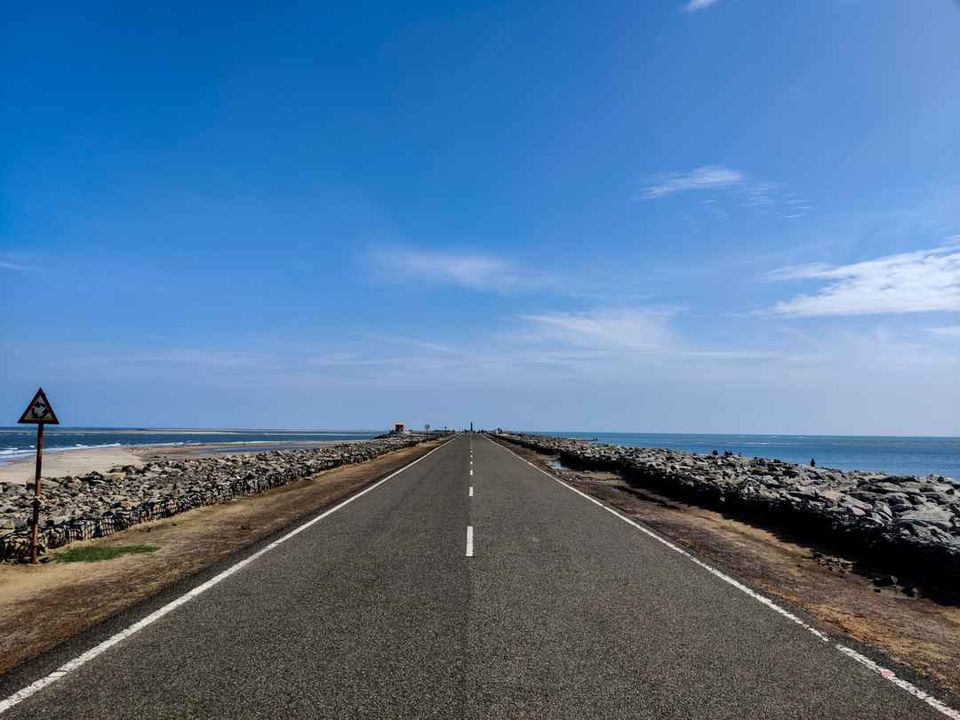 Walking on the Dhanushkodi Beach Road, with the sea breeze hitting hard from both the sides, I can't help but gawk at its beauty. A deafening silence, whose spell is broken by an occasional splash of water on one of the two frontiers, or by the chirping of a migratory bird.

I say water, because some people say it is the Indian Ocean, some believe it to be the Bay of Bengal, while others argue that the tip of Dhanushkodi marks the confluence of the two mighty water bodies. In confusion, I leave it to the reader's discretion.

I say occasional, because it's believed that the waters around Rameshwaram are calm; as per a legend, the sea pacifies it's waves to obey the deity at the grand Ramanathaswamy Temple, one of the prestigious Chaar Dhams of the Hindus. The East tower rises the highest of all, to be graced by the warmth of the rising sun every morning.

Ramanathaswamy Temple as seen from the Kothandaramaswamy Temple, or the Vibhishan Temple as it is more popularly known. It's here that Vibhishan asked Lord Rama for a refuge. 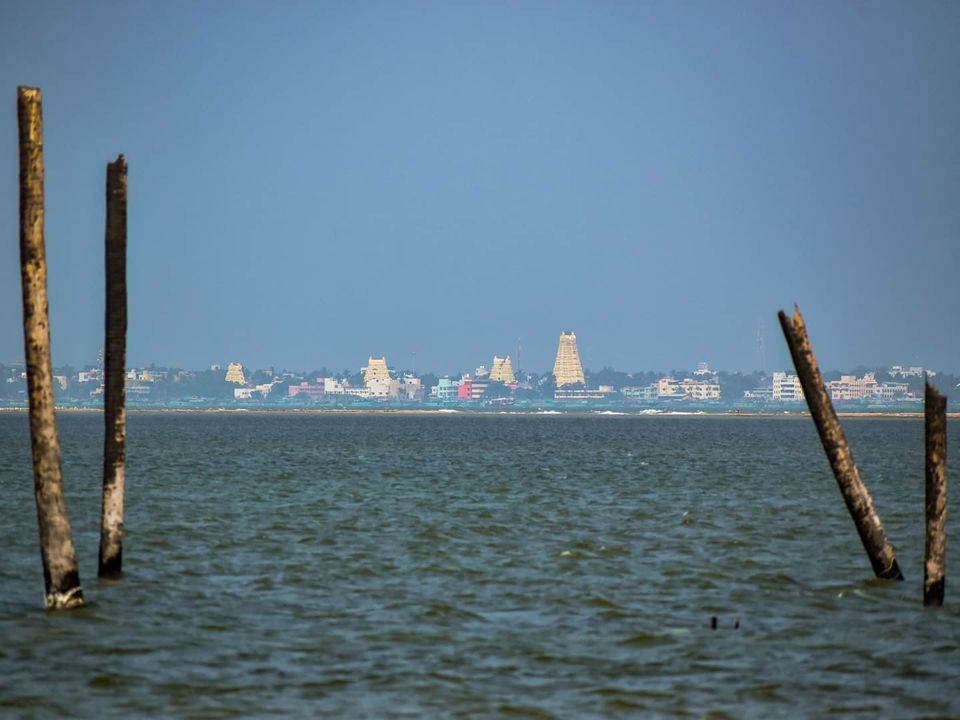 All the serenity, however, the ruins of the ghost town beg to differ; a town rendered lifeless by a massive cyclone in 1964. It was so strong, it drowned the soul of an entire community. While walking through what I may call the center of the town, as all the cars are parked here - perhaps a little reminder of a life before the disaster, I stumble into the ruins of what might have been a church. A lone crow is the sole inhabitant. I wonder which guest is it calling to?

Ruins of a Church 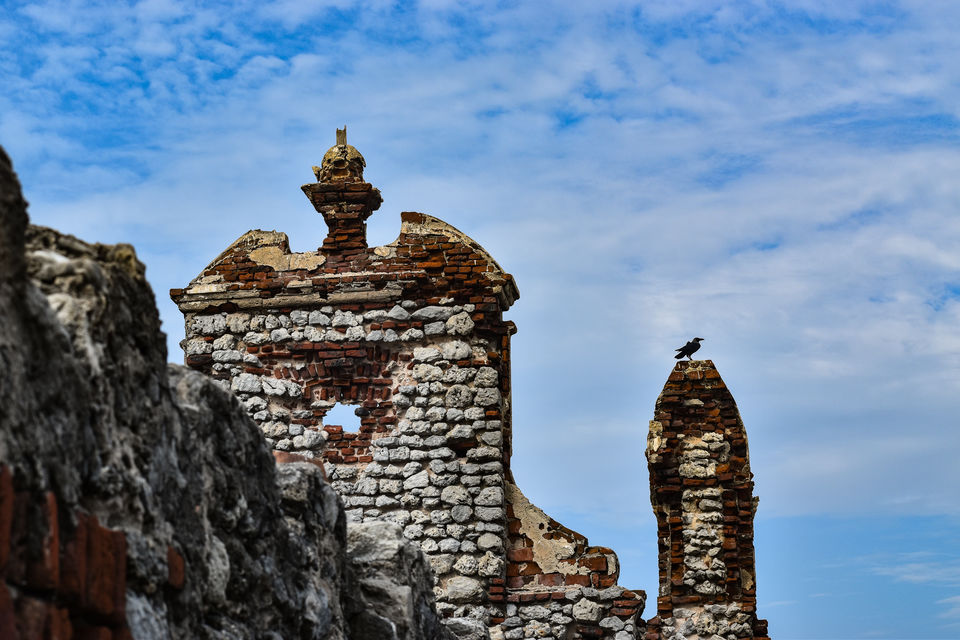 The Beach road is more than 5 kilometres in length, but I must walk, even if it takes an hour. Sometimes a vehicle roars by, disturbing my peace but I wouldn't blame them; after all who wouldn't want to savor this asphalt?

I take quite a few detours to the beaches on the sides, to soak in the breeze, leaving impressions on the burning white sand that send a warm current throughout my body. The water caresses my feet. 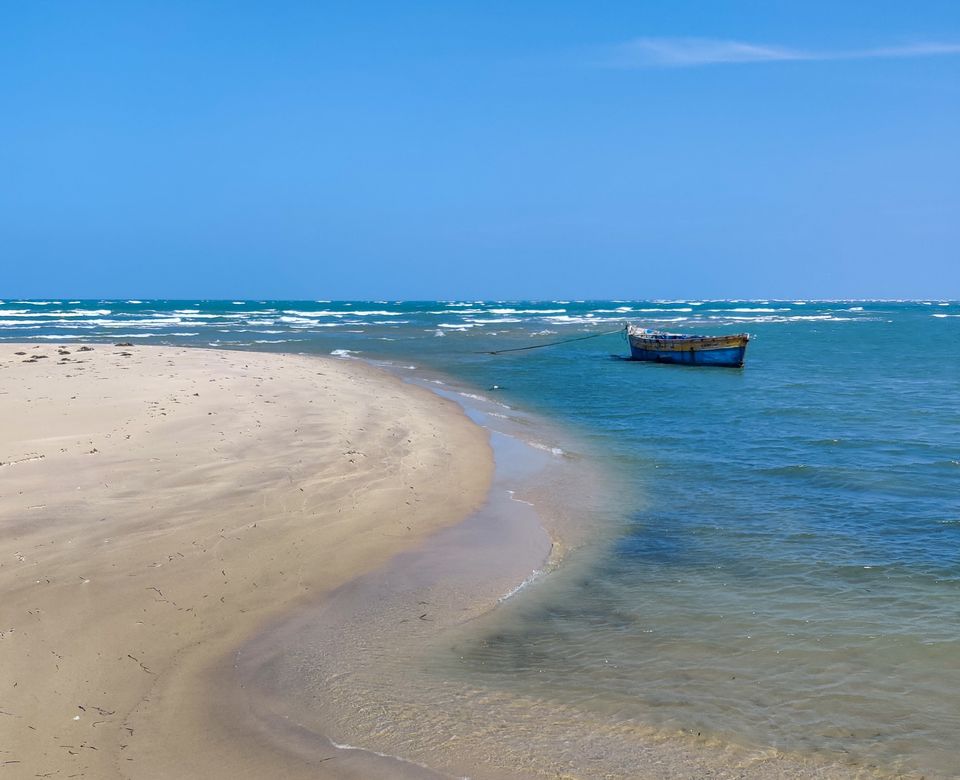 Being a keen bird watcher, the plethora of species that dwell in the surrounding marshes draw my attention every few seconds. There's a flock of seagulls that is creating a commotion, a lone Eurasian Curlew that searches for its prey, while a Brahmini Kite flies overhead.

A Eurasian Curlew in a nearby swamp 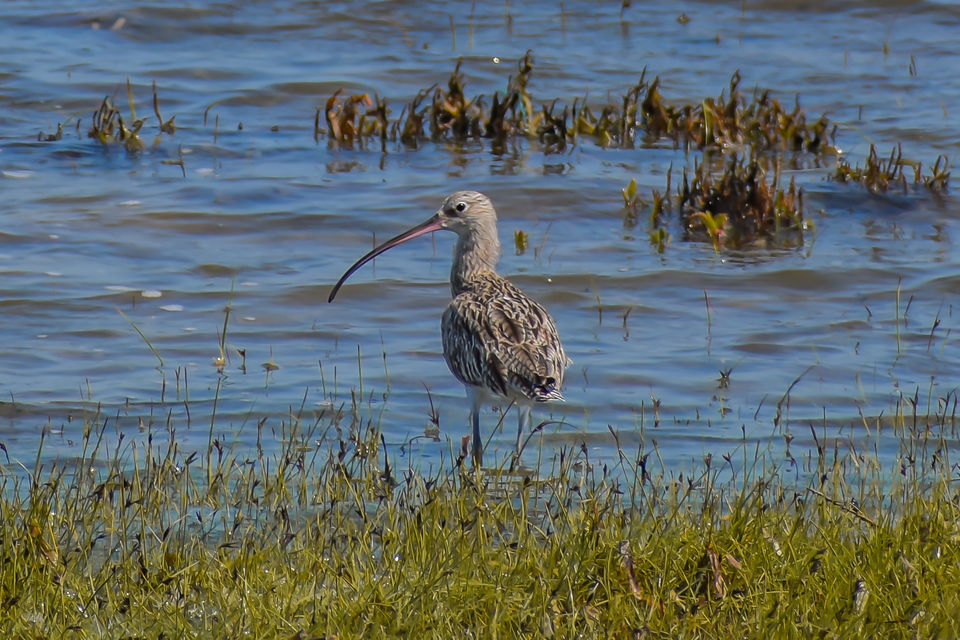 As if floating in the breeze, experiencing the weightlessness, I reach the end of the road, to find an Ashokan Pillar there. I try to penetrate my gaze through the hazy sea to catch a view of Lanka, as they say, but my efforts go in vain. I am standing at the endpoint of the Indian mainland. Surprisingly, my phone chimes to an SMS from Airtel - Welcome to Sri Lanka! I can't see the country, but my cellular network is definitely luckier than me.

Walking on the road is fun, but I opt to hike across the sand while returning. The birds are omnipresent. Amidst their cacophony, the muffled sounds of the gentle waves can be made out only by paying an attention to it.

The entire shore is flooded with Seagulls . Beyond the Ashoka Stambh, where the Ram Setu should be, lies an island whose sand is barely visible, for a flock of seagulls is frolicking there. 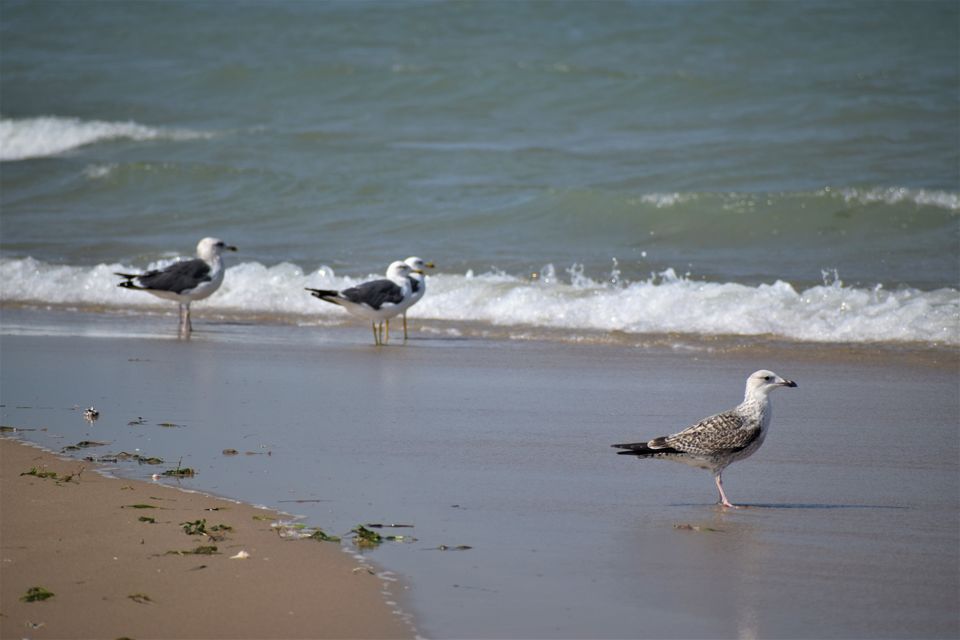 The first sight that greets on returning to the aforementioned center of the town is the vividness of the watermelons that a lady is selling, and like a bee, I buzz towards the flowers to relish my share of nectar.

Its a tough choice, among the plethora of fruits. A close fight between the melons and the mangoes. I bow down to the King. Mangoes in December you ask? Yes, the raw ones, their sourness infused with a tangy masala. Just what is needed.

The vendors, all females, sell a variety of fruits by the roadside. 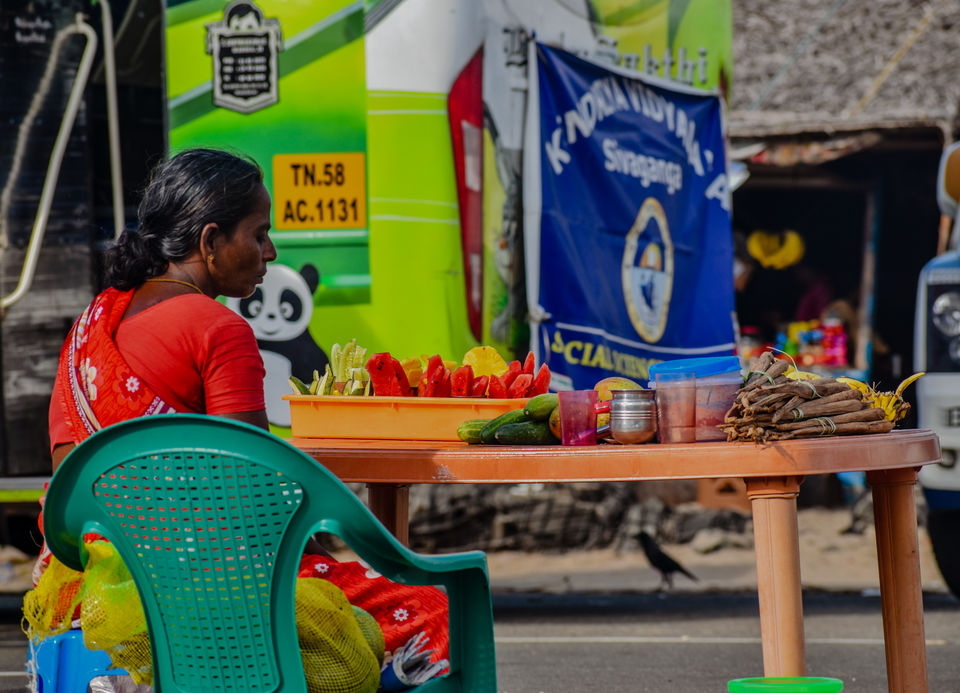 While smacking my lips from the mangoes, my nose picks up something, and I follow an appeasing olfactory trail to land in front of a hut. I spot a friendly smile inside - it's my driver, feasting on a plate of rice with fish curry. Aromatic. It goes without saying that I am seen diving into the same the next moment. After a tiring, but a memorable day in the sun, it definitely feels good to have a delightful meal - like a rusk to my chai.

The drive back to Rameshwaram, along the coast reminds me of one of my favorite songs -