Rameshwaram – is a holy town located on Pamban island – and is separated from mainland India by the Pamban channel. It is just 40km from Mannar island, Sri Lanka. 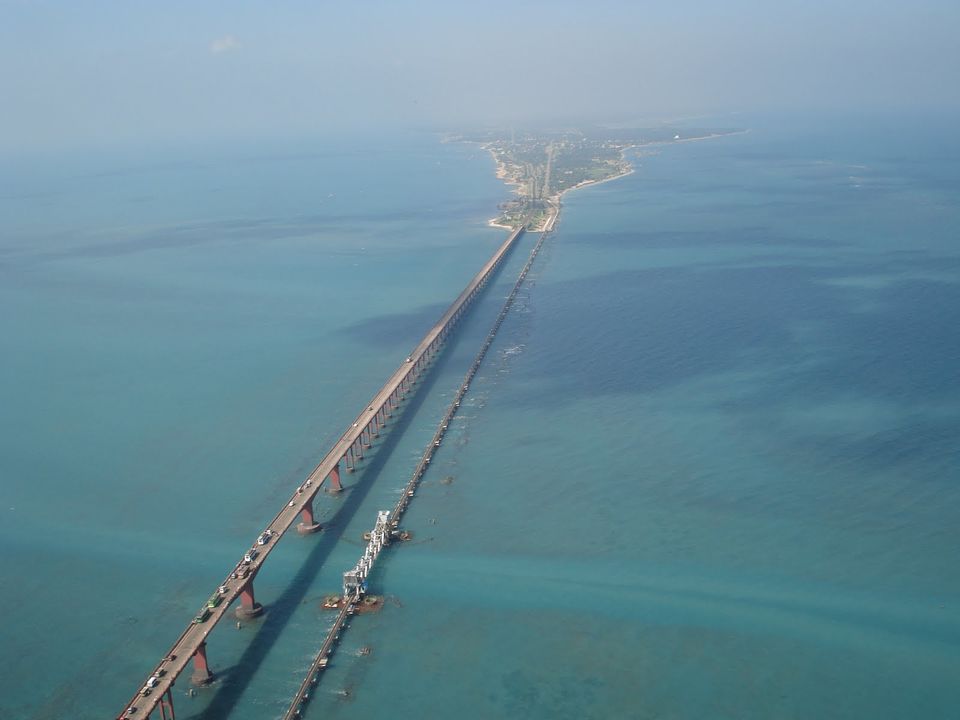 When Ravana took Sita away to Sri Lanka, Lord Rama built the Ram Sethu bridge with Hanuman's help from here, across the sea to Lanka. Geological evidence suggests that the Rama Sethu was a former land connection between India and Sri Lanka. The bridge was 29km in length and the temple records note that it was completely above sea level until it broke in a cyclone in 1480 CE. Many other maps in Schwartzberg's historical atlas and other sources such as travel texts by Marco Polo call this area by various names such as Adam's Bridge and Sethubandha Rameshwaram. 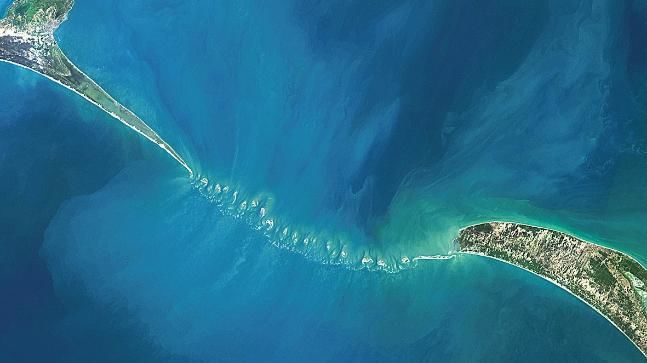 Dhanushkodi, the southernmost tip of the island, was washed away during the 1964 cyclone, however the Kothandaswamy temple located there alone remained intact. Dhanushkodi is where Vibishana, Ravana’s brother, surrendered before Rama. Rama performed the "Pattabhishekam"- coronation as king - at this very place where the temple is built. The temple displays the entire story as paintings on its walls. 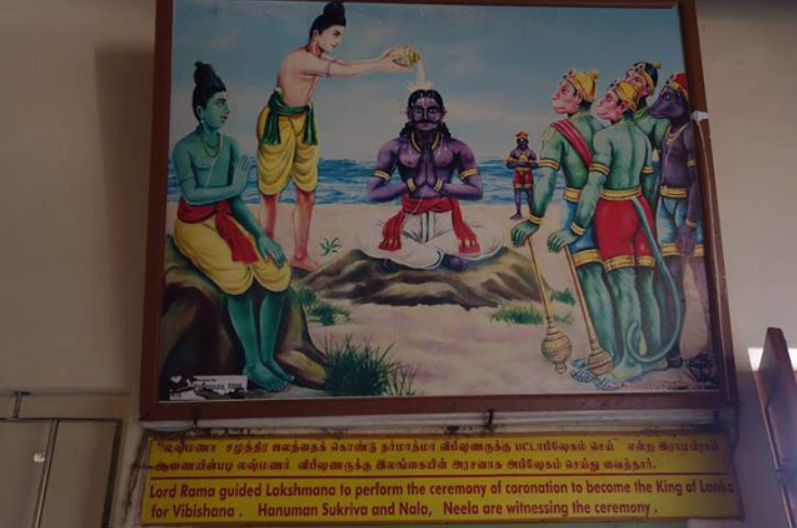 The Ramanathaswamy Temple dedicated to Lord Shiva is at the centre of the town. Lord Rama prayed to Lord Shiva here to absolve his sins for killing the Brahmin king Ravana (Brahmahatya). Rama had asked Hanuman to fly to Kailash to bring a Shiva linga for his pooja. However, since it was taking too long, Sita made a Shiva lingam with her own hands and then Rama, Sita and Lakshmana prayed to the Lingam. The linga which Sita devi made out of sand is called Ramalinga and linga brought by Hanuman is called Vishwalinga. Both these lingas are placed in the sanctums of the Ramanathaswamy temple. Lord Rama instructed that Vishwalinga will be worshipped first before Ramalinga, and hence till date devotees pray to Vishwalinga and then reach the Ramalinga sanctum for worship at the temple. 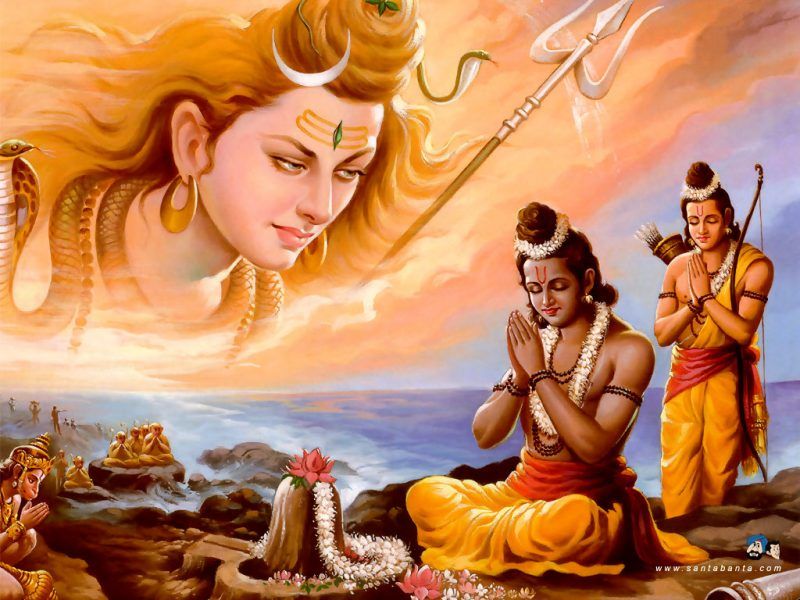 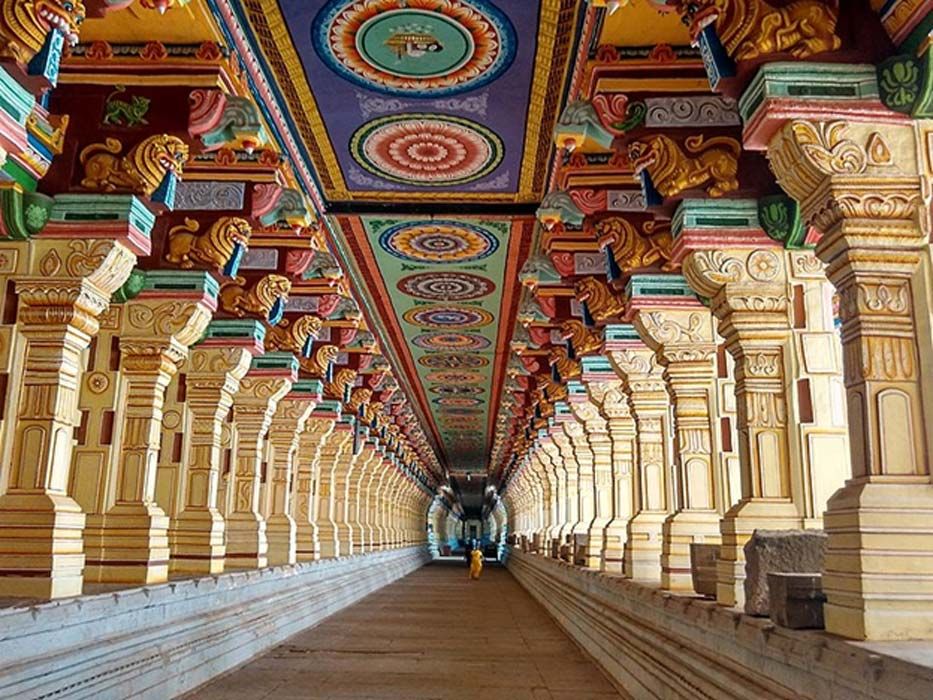 The temple is one of the 12 Jyotirlinga shrines and the current structure is built in the 12th century by the Pandya dynasty. There are 64 Theerthams (holy water bodies) in and around Rameswaram. Bathing in these tanks is a major aspect of the pilgrimage to Rameswaram and is considered equivalent to penance. 22 of the tanks are within the Ramanathaswamy Temple. The foremost one is called Agni Theertham, the Bay of Bengal. Villoondi Theertham literally translates to 'buried bow', is believed to be the place where Rama quenched the thirst of Sita by dipping the bow into the sea water. Other major holy bodies are Jatayu Theertham, Hanuman Theertham, Sugreeva Theertham and Lakshmana Theertham.

Gandhamathan Parvatham, a hillock situated 3 km from the temple has Lord Rama's feet as an imprint on a chakra (wheel).

It is considered that a pilgrimage to Varanasi (Kaasi) is incomplete without a pilgrimage to Rameswaram. It is believed that devotees pray in Kaasi to get liberated and attain moksha upon death. To complete the yatra, the devotees return to Rameshwaram with a pot of holy water from the Ganga to bathe Lord Rameshwarar. The Ramanathaswamy temple (south) is one of the 4 temples in the Char Dham yatra (four divine sites), the rest being Badrinath temple (north), Puri Jagannath temple (east) and Dwarka Dwarakadheesh temple (west).