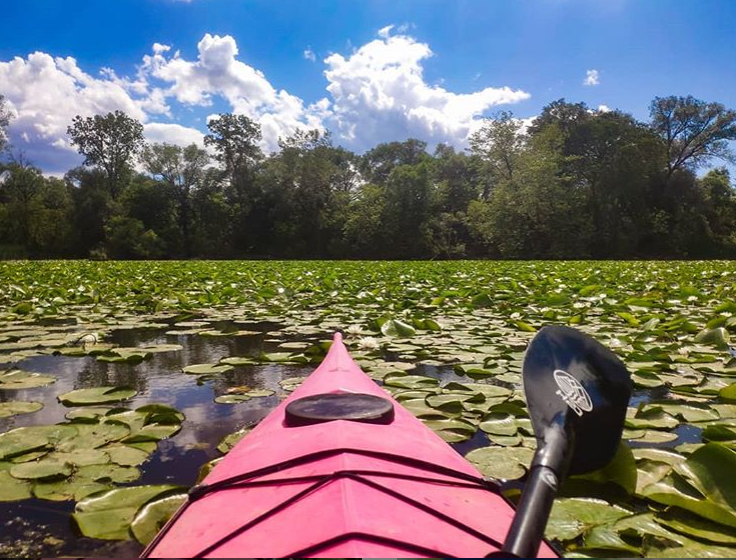 Set amidst the pristine green landscape of the Canadian wild are numerous hidden lotus swamps in the midst of various lakes and rivers that run through this country. Most of them can only be enjoyed from a distance but what if I tell you about a hidden and relatively unknown lotus swamp in the middle of Toronto where you can actually kayak/canoe your way to.

When one plans a travel itinerary of Toronto, it mostly ends at the CN tower or the Distillery District or the Toronto islands or even a trip to Niagara Falls. However, this bustling city has hidden gems and scenic corners tucked away from the dominant skyline and glamorous limelight.

One such well-preserved and hidden gem is the lotus marsh situated on Humber River, very close to Downtown Toronto. And the reason that it is hidden is because neither is it visible from the Humber Park that surrounds it, nor is it set on the main course of the river as it flows through Toronto. In fact, many people who live in this city have never even heard of kayaking or canoeing on this river, let alone this lotus swamp. Harbourfront Toronto being the widely popular option for water activities. And even those that do go kayaking and canoeing on this river miss out on the small diversion that this river has to offer. Personally, I was about to do the same. It was only when I followed that one kayak which turned towards this small inlet.

Humber river is a major river in Southern Ontario which flows into Lake Ontario, one of the five Great Lakes in North America. Its main branch runs for from the Niagara Escarpment in the northwest, while another branch, known as the East Humber River, starts at Lake St. George in the Oak Ridges Moraine. They join north of Toronto and then flow in a generally southeasterly direction into Lake Ontario.

Every summer the local authorities permits enthusiasts to indulge in activities such as paddle boarding, kayaking, canoeing and even yachting. The Toronto Adventures Group offers cheap rentals, with a 2 hour rental of a single-person kayak or paddle board for just 30 CAD on weekdays and 35 CAD on weekends, with special discounts for students. They are located very close to the Old Mill Subway Station (western Toronto) on line 2 of the subway network running from west to east across Toronto. As you exit the subway station onto the main road (Bloor street), black iron stairs running next to the overhead bridge lead you down to Humber Park and the river. They have large canoes for family or even medium canoes and tandem kayaks for two people, all of which can be booked online or on site.

Once you are ready to paddle, head downstream and a short while later, you come across a swampy area replete with tall grass and plentiful ducklings (Since it is a breeding area for ducks). Take the first diversion on your left and five minutes later you will end up at the vast lotus pool. Every summer from June onward, the river is blooming with thousands of white lotuses set against the backdrop of tall trees. All in all, they paint a picture of paradise. 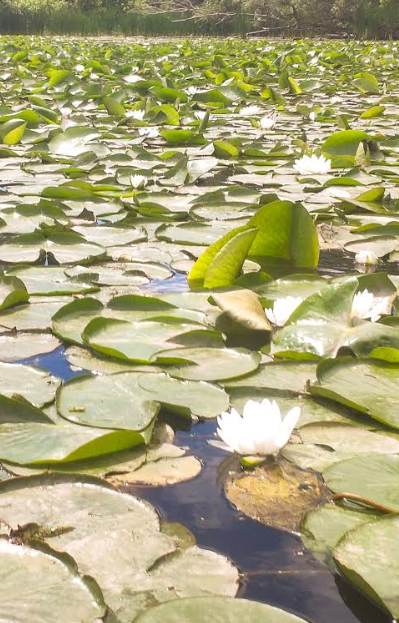 White lotus in full bloom at the Humber River Swamp 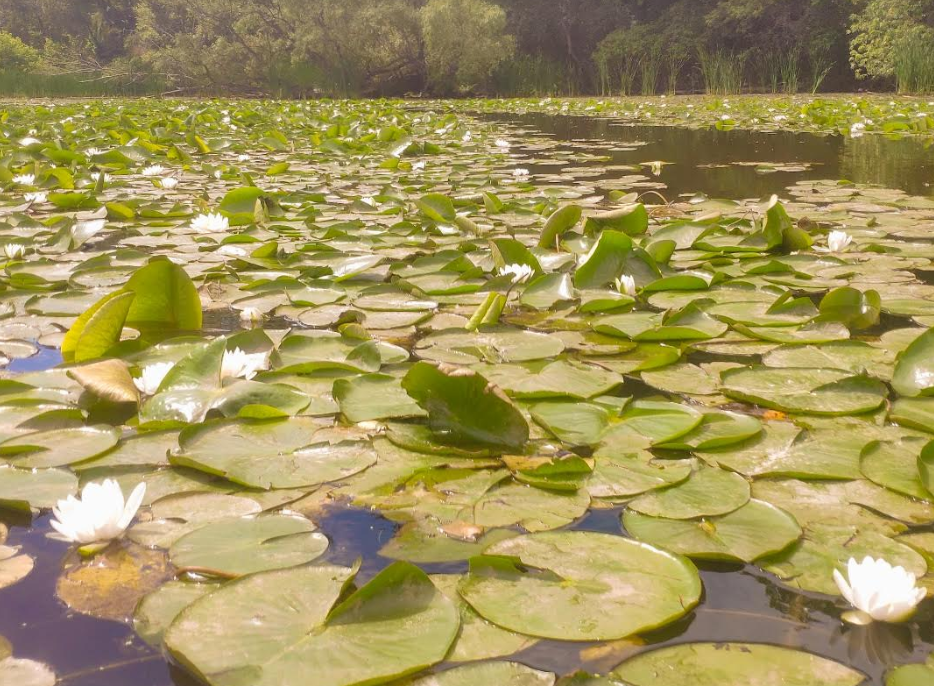 The area is also characterized by dozens of geese and swans that make the shallow marshy waters their home. You can park your kayak/canoe on the side or even in front of this swamp and take in the beauty that surrounds. Remember, not to disturb the lotuses by paddling straight into the bloom as the area is home to numerous fish species. 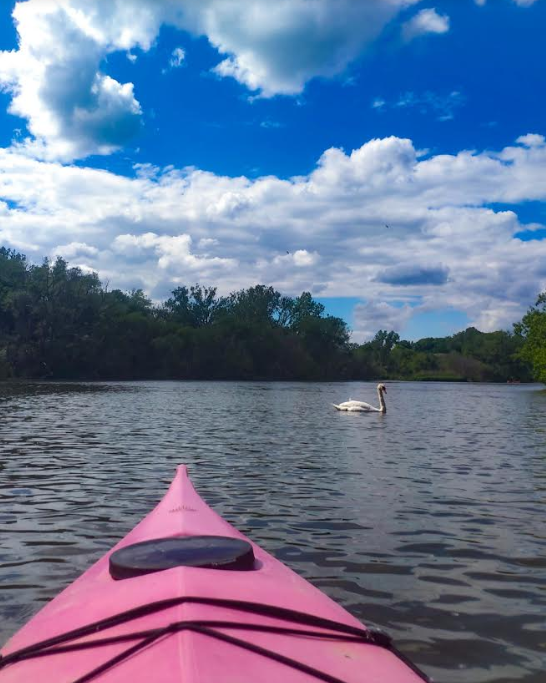 As the rays hits the calm waters of Humber river 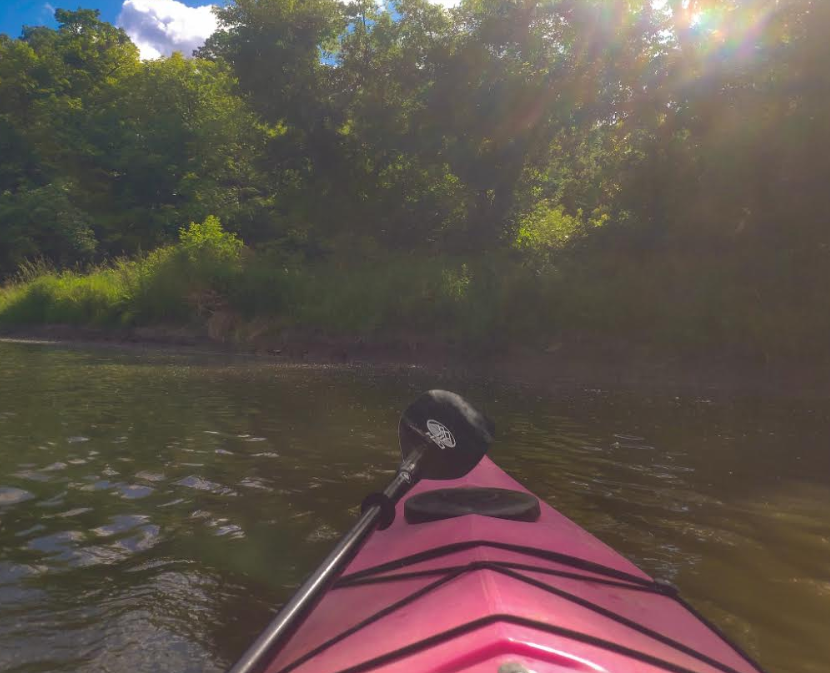 The sun rays gently percolating down through the thick foliage coupled with the gentle breeze that streams past the calm waters of the river, all make for a delightful experience. Along with canoeing or kayaking down the river, one can also hike or cycle through the natural trials or paved pathways of Humber park and end up on the shores of Lake Ontario where a beautiful arched bridge runs over the river. One can catch a glimpse of the Toronto skyline from here, which is illuminated during sunrise.

The Humber Bay Arch Bridge with stunning view of the skyline 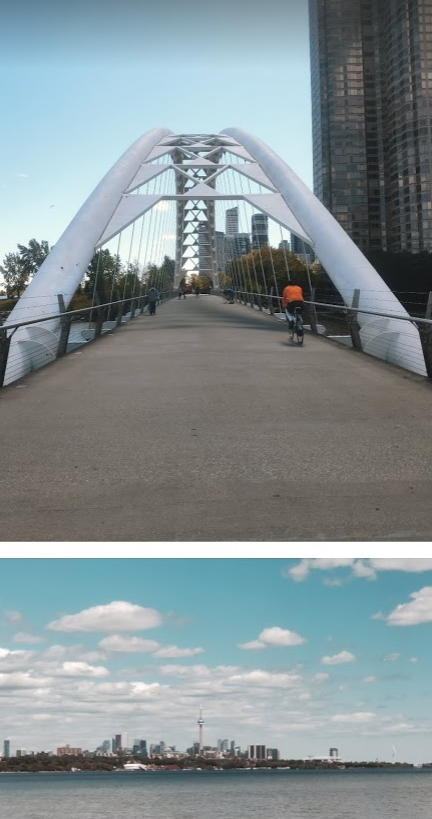 Further west on the shores of the Lake Ontario is the Humber Bay Park East and West.

The Humber Bay Park East and West are narrow pieces of land jutting out onto Lake Ontario and are home to marshes, water inlets and trails on one side and the rocky shores of the Lake on the other. They were created as a result of the force of the water of the Humber River as it met the Lake. Taking a walk around the trails or simply sitting on top of one of the rocks and hearing the waves gently crash onto the shores, is therapeutic. The park is home a wide variety of flora and fauna, particularly migratory birds. 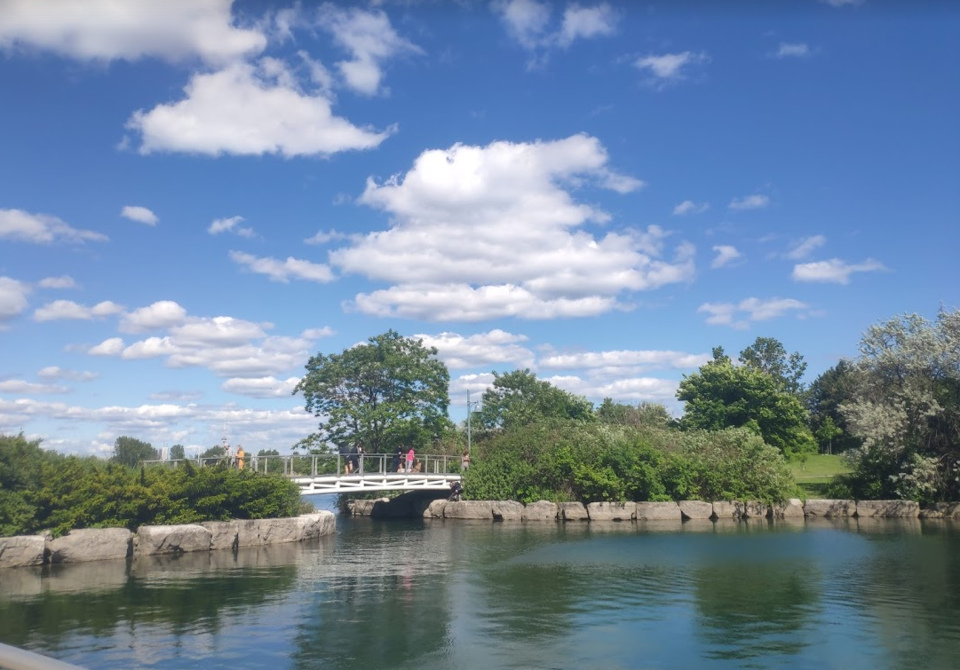 One can also visit the Air India Memorial, which is a tribute to the victims of the terrorist attack on an Air India flight on 23 June 1985. It is remembered as one of the deadliest attacks in aviation history. The Air India flight operating on the Montreal–London–Delhi route disintegrated in midair en route from Montreal to London over the Atlantic Ocean as a result of the explosion from a bomb. The remnants of the airliner fell into the ocean of the southwest tip of Ireland. The memorial also houses a sundial that can be used to read the time of the day accurately.

All in all, the Humber River and the parks situated by its banks are filled with pockets of untouched beauty, from marshes to lotus swamps, to trails and rocky shores. Spending a day kayaking/canoeing/paddle boarding on the waters of the river and exploring the charming trails can make up for a splendid offbeat experience in Toronto. 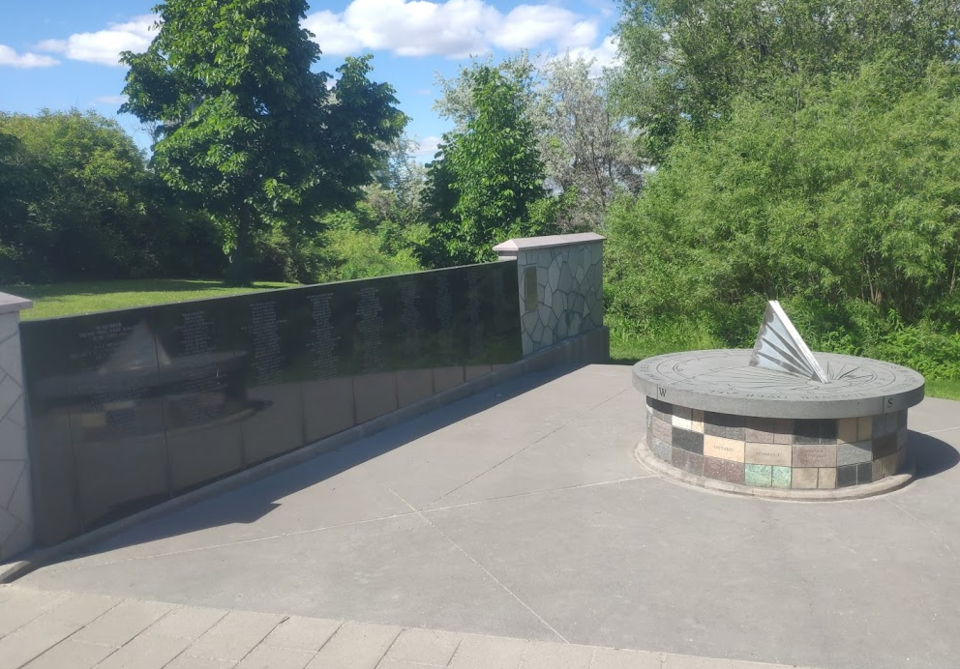