A Small Yet Beautiful City Of North East - Tawang

A small yet beautiful city of north east - Tawang 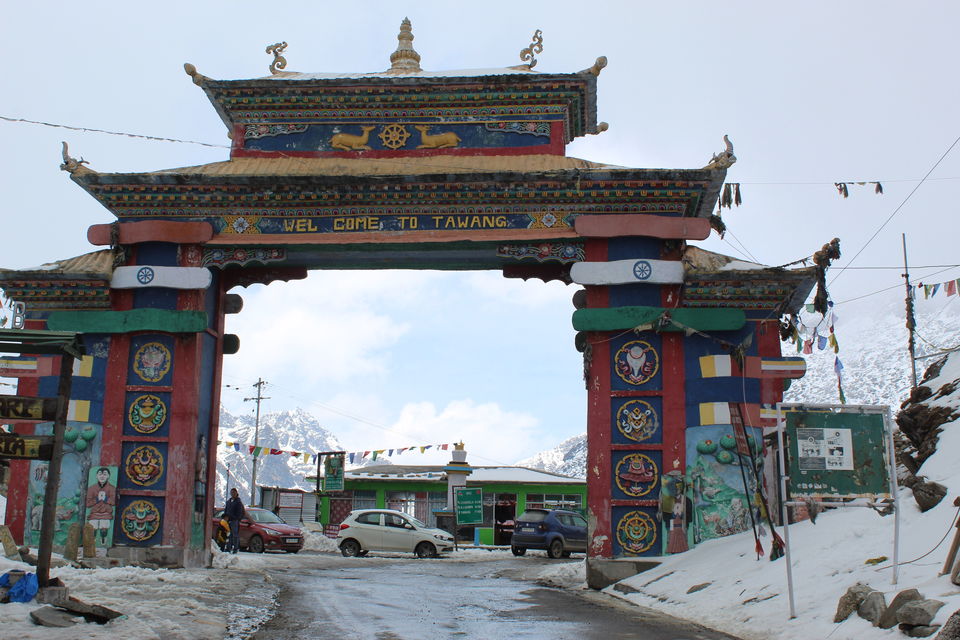 The north eastern part of India is itself god's owned place. I am a north India and this time i got the opportunity to visit the eastern side of India. I visited tawang. Tawang is a small city and I planned a three day trip to that place. We reached guwahati airport first. Since guwahati is the major big city connecting to other north eastern states , you will have to come to guwahati first. We decided that we would be reaching tawang on the same day itself from guwahati, hence started at 5am in the morning from guwahati. The roads are good , but are still under construction. There might be areas where the police will make you stop since the mountains were getting blasted. be prepared for that kind of patience as well. We reached sela pass around 5.30 and now tawang was around couple of hours away from here. The weather changes drastically on the way to tawang. It snowed so heavy that the security people told us to put chain in our cars and then move ahead. Since we did not had chain with us it took us really long to arrange chain for our vehicle. We were stuck for 4 hours at sela pass and it was around 9.30pm that we were in sela pass itself. It was still snowing really bad we could not get out of the car. Then the local people told us to not go to tawang the same day and take a hault somewhere. We decided to take a hault in a nearbuy village. Since the sun comes out really early there most of the people wake up really early and sleep early as well. we found a very small place in someones room. Thankfully we carried some food with us hence we had our dinner with that food only. The next day we started early for tawang and thankfully the weather was really good. Our first destination was India - china border which was bumla pass. We did not hault anywhere and headed towards the bum-la pass. On the way to bumla pass you will find amazing experiences , snow clad mountains , frozen lakes,lot of army tents. It was so surreal to watch that. Although Bum-la pass does not have any thing special to do, we quickly saw china from the telescope and headed back towards tawang. Our weather map was showing it could snow again hence we did not sop anywhere and reached the city back. The next we went to saw the second biggest monstry in Asia - the tawang monastery. It's a very beautiful monastery and is a must go. Since we had to return back to tawang the same day, we quickly had very heavy breakfast and started our journey back to Guwahati. On our way back , we took a detour to a great water fall named as jung falls. If you are visiting tawang by road, do visit this magnificent fall. we took a halt of around 1 hour over there. By 12.30am we reached back guwahati. Few points while visiting to tawang : please plan a visit to this city for minimum of 4 days day. Since the weather changes every hour, you never know when you can be stuck. Also carry food with you, its very important. Do not plan to reach tawang in one day (Bad Idea).

On the way to tawang! 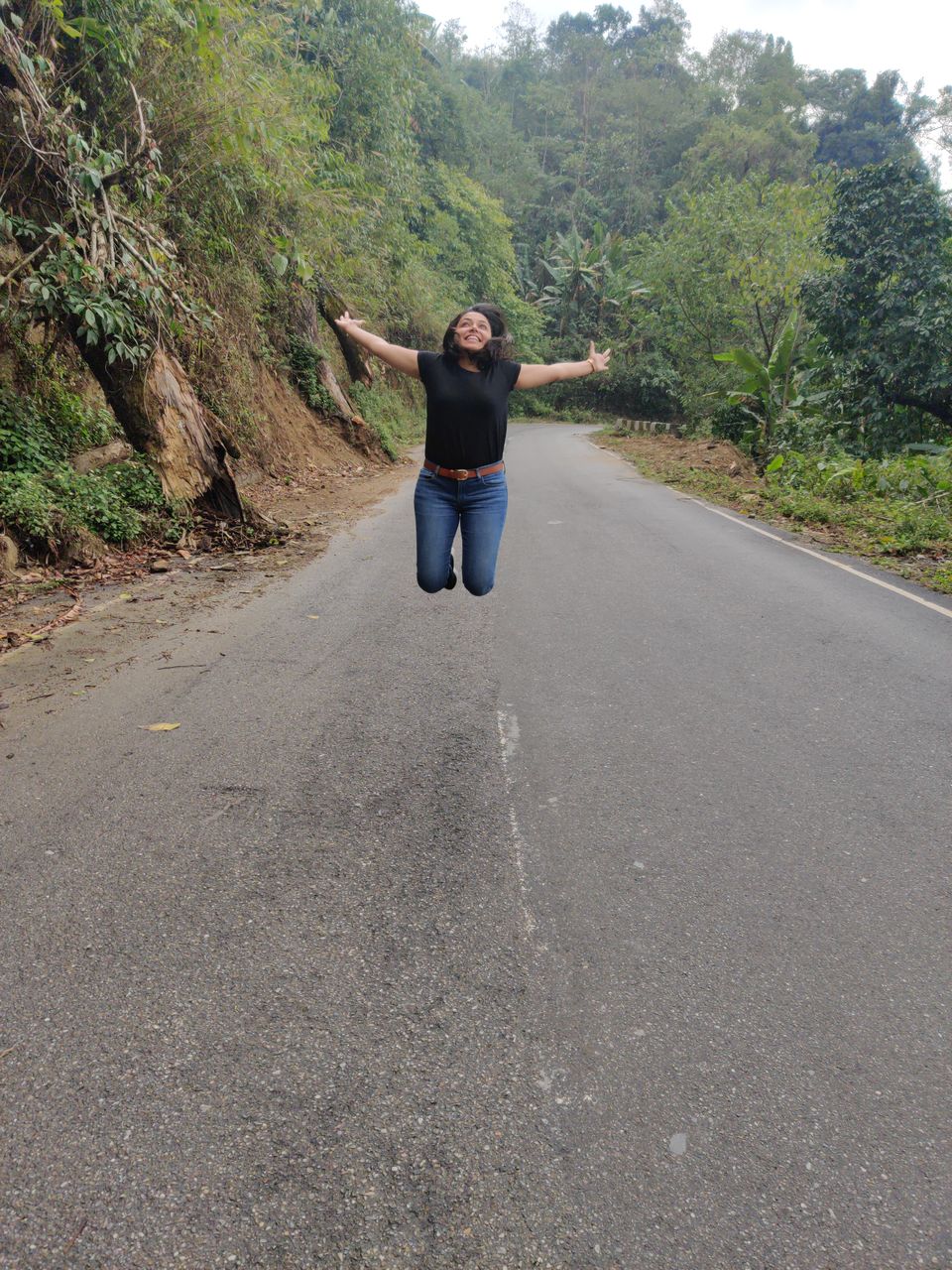 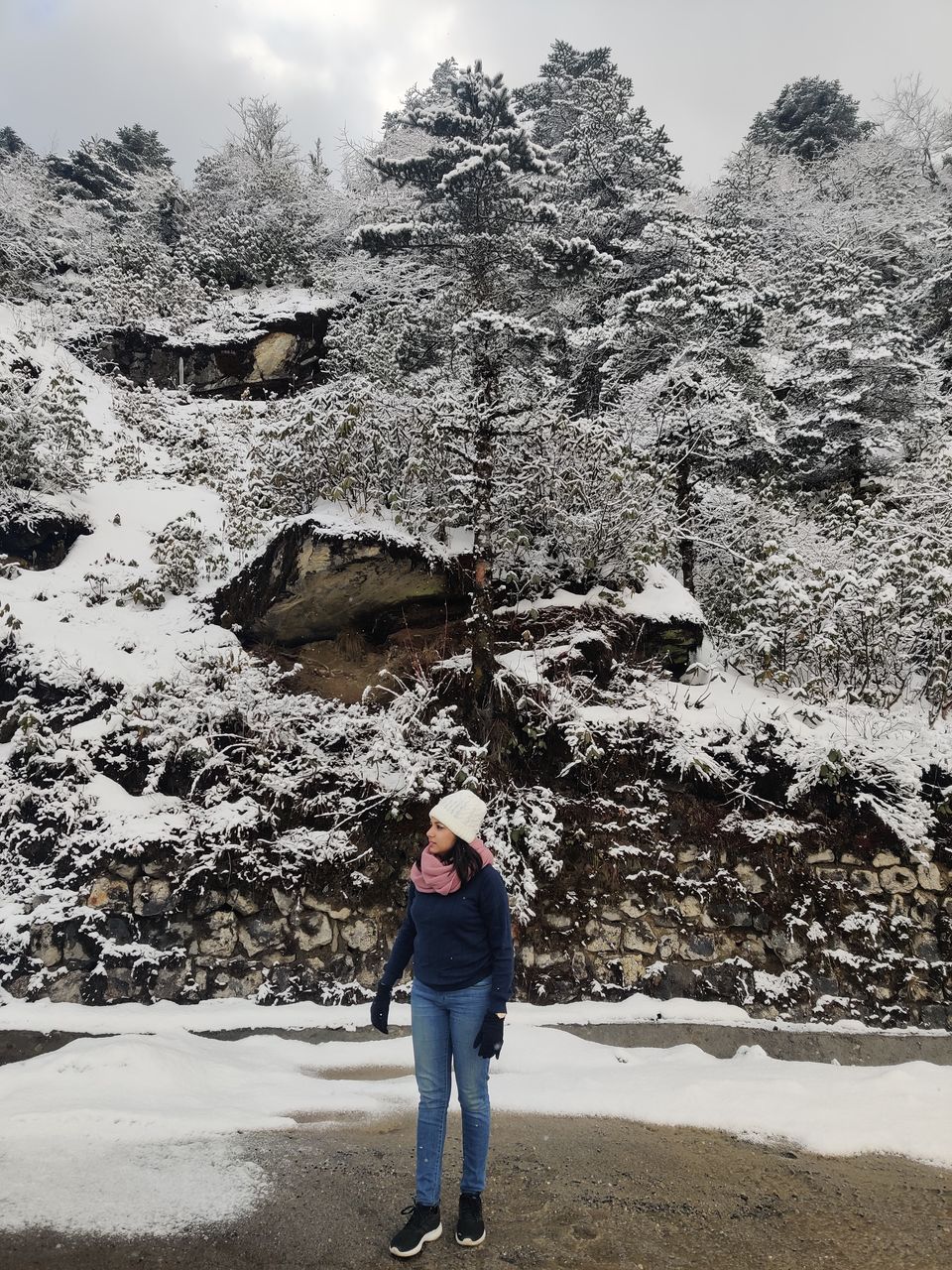 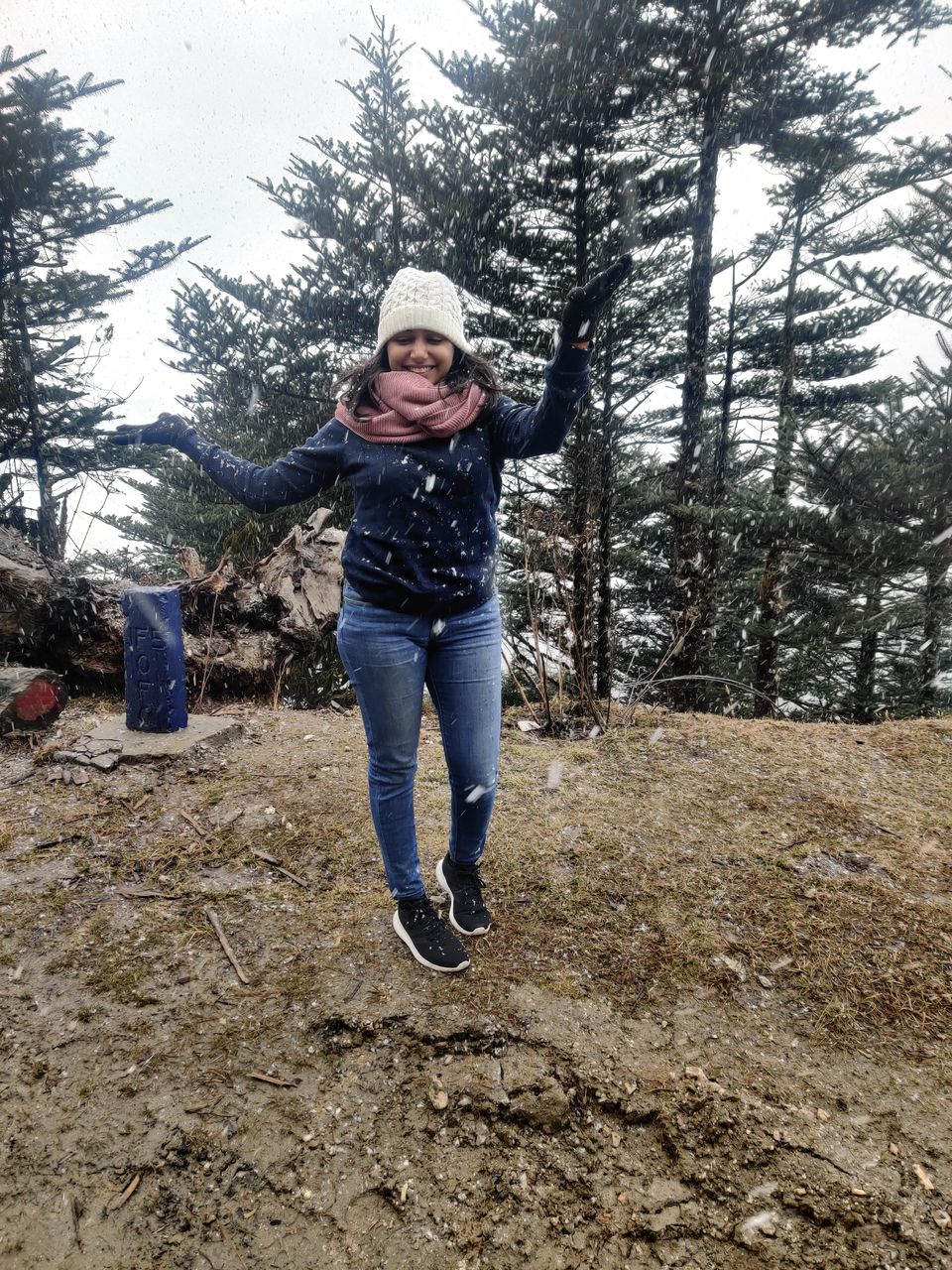 On the way to bumla pass! 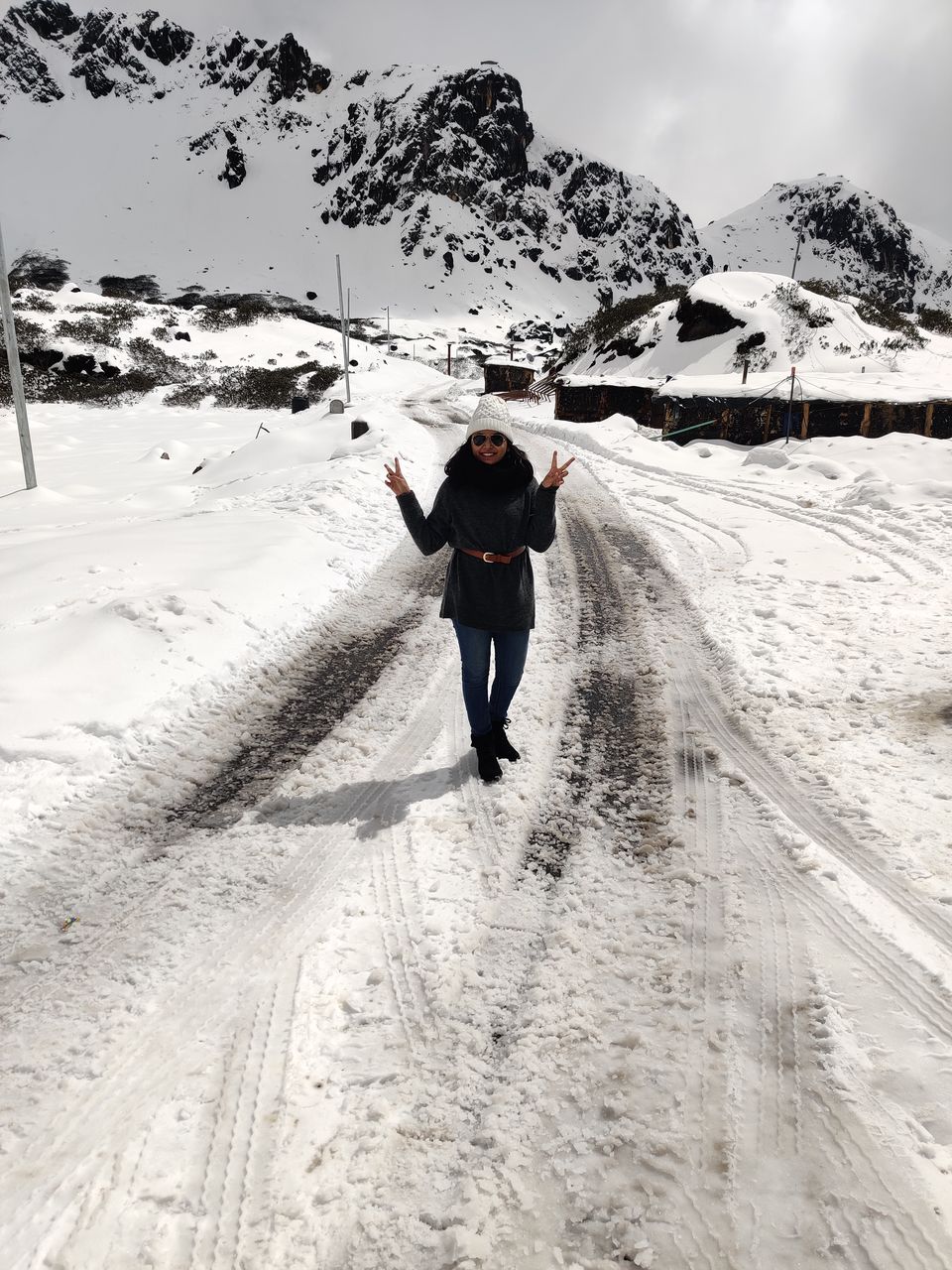 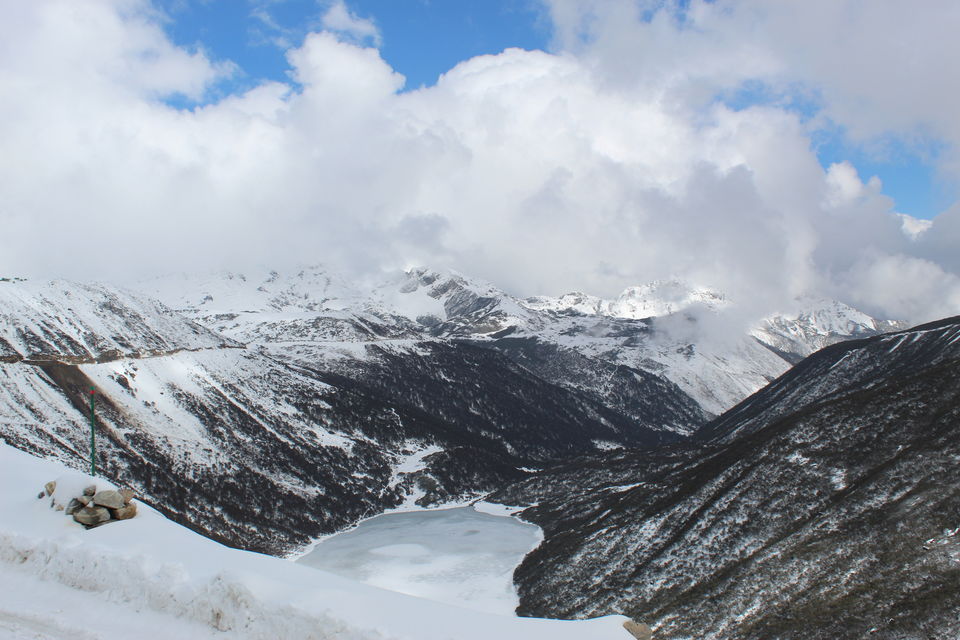 having breakfast with such a pretty view in tawang 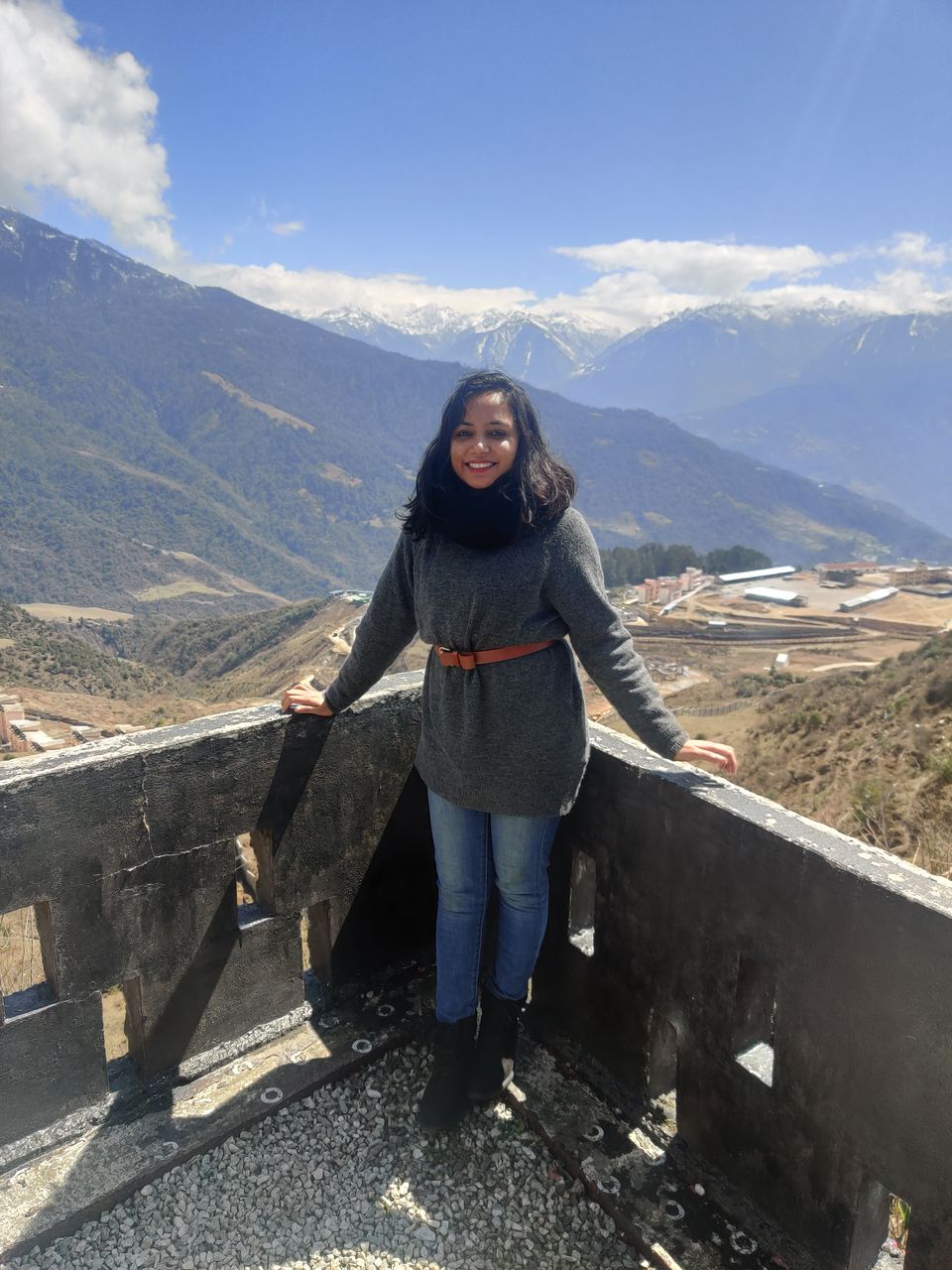 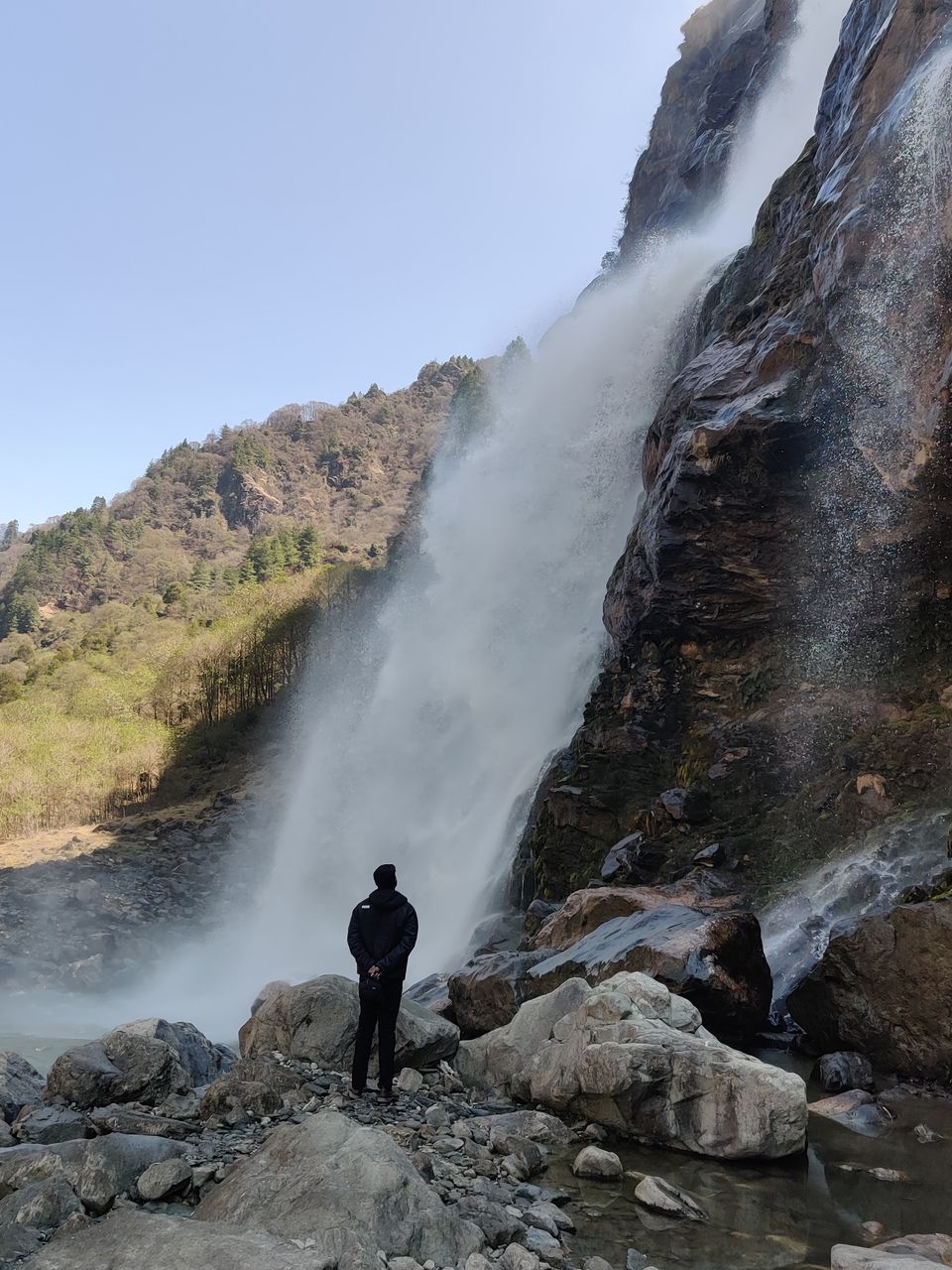 Heading back towards these pretty roads!! Home calling 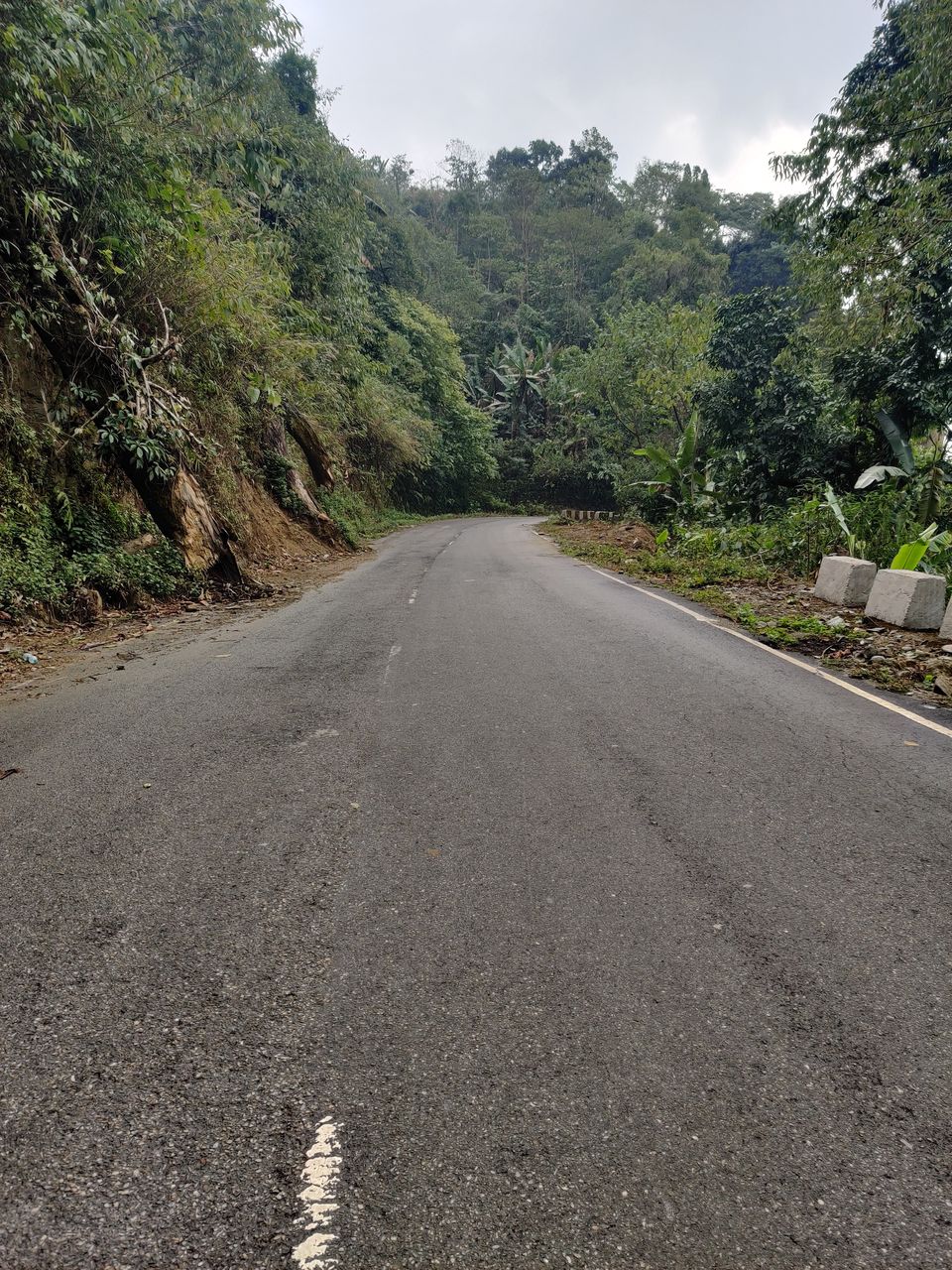