Beer and waffles in Belgium 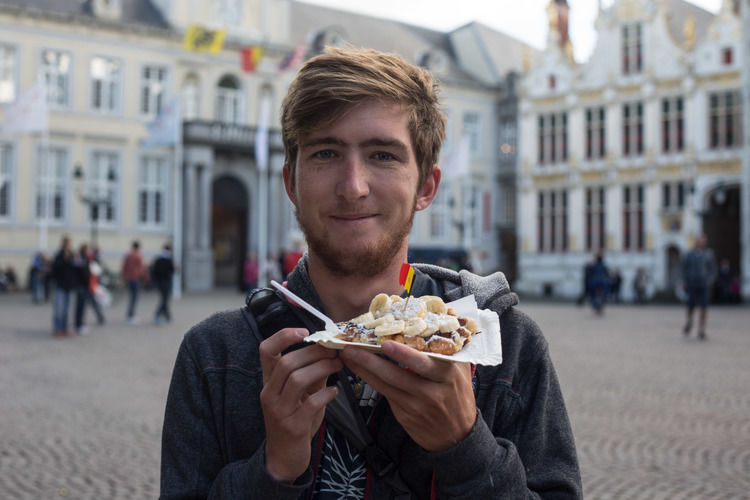 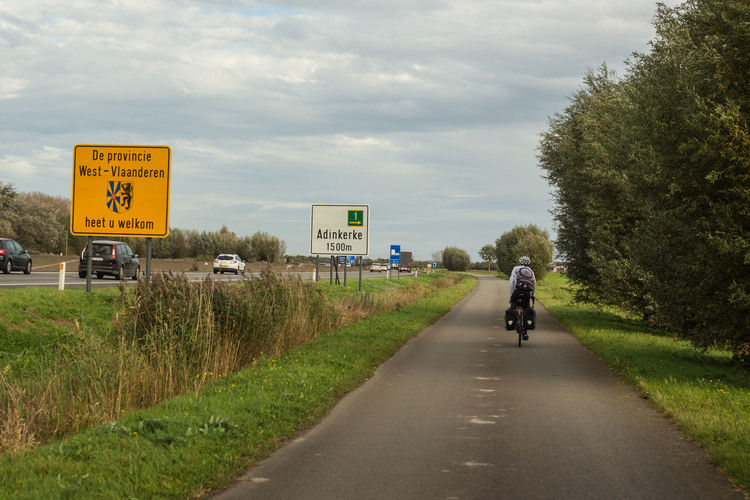 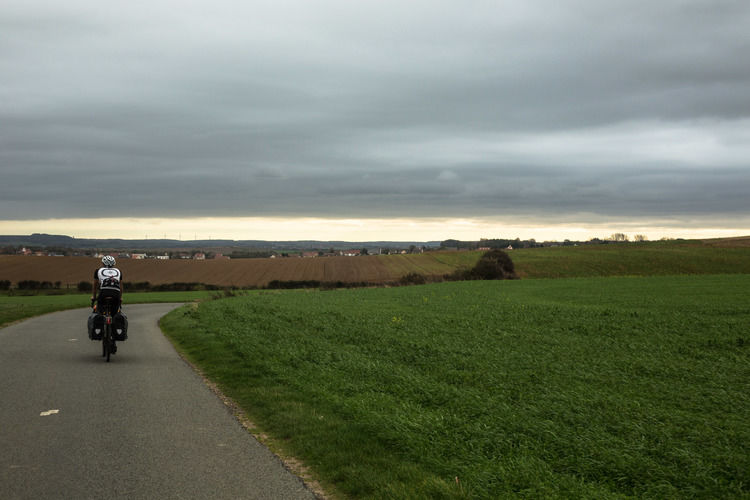 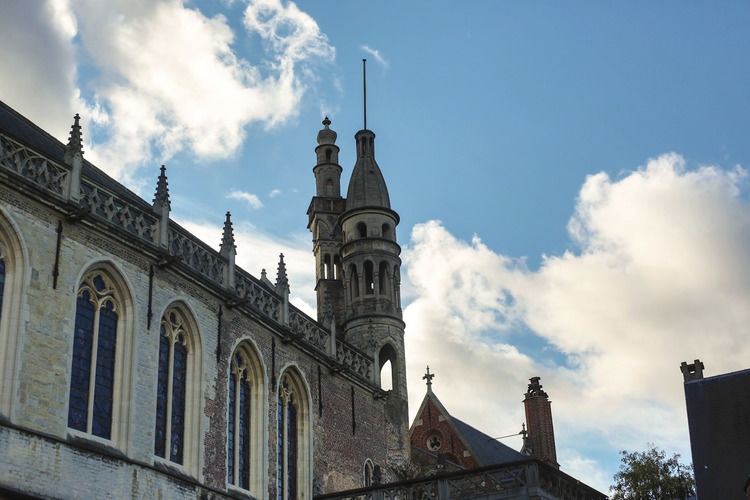 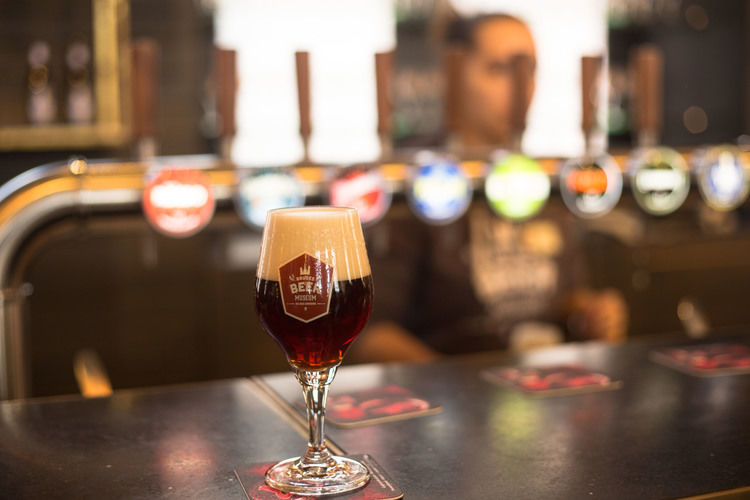 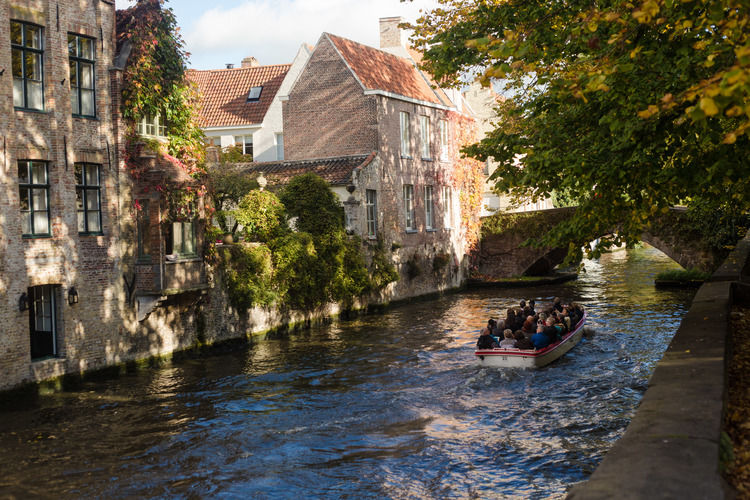 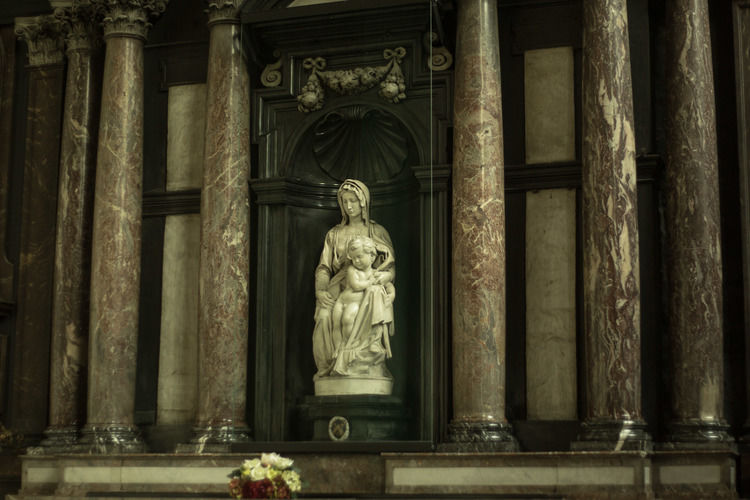 Not only can I relax about not getting hit by a semi truck or bus here, but it is also flat. No hills. Just flat fertile farmland mixed with cities surrounded by canals and windmills. Because of this we have been able to put in a lot of miles, something that was not possible back in the mountainous terrain of Portugal and Spain. At this point in the trip our legs are visibly stronger, our brains mentally tougher after all of those climbs, and when we are pedaling on these flat bike paths, it's insane how fast we can get our bikes going with all of our gear on them. Pushing harder and harder the wheels spin faster and faster, the farms fly by, the trees become blurry as we pass.

Our first destination in Belgium was Bruges. Myself being an expert on the place from watching the movie "Monuments Men" a month ago...  I didn't even know what to expect of Bruges, just that Michelangelo's Madonna and Child was there. We entered the city through a series of canals that encompass the old medieval village, and we made it to Hostel Lybeer located in the heart of the city.

Cold and frustrated with all the bike problems we had had the past few days, we quickly put our gear away, showered, and hit the bar downstairs in the hostel for a taste of our first Belgium beer. Apparently it was happy hour, so everyone staying at the hostel was taking advantage of the 1 euro beers which lead to us quickly making about 30 new friends. There were people from Canada, Australia, Iowa, Holland, New Zealand, Turkey. The hostel was a melting pot for world travelers and everyone had stories to share from there adventures.

A beer tasting began to take shape in the hostel's bar, and we ended up trying 6 different beers from Belgium and hear the stories behind each one of them. A Trappist beer which have to be made by the monks within the walls of a monetary, and profits from each Trappist beer sold go back to the monks and to a children's charity, Duvel: directly translated to Devil, created by a farmer who got his whole village drunk off of his first batch and everyone said it was the work of the devil, a Belgium double, and triple, and yeah at this point everyone was having a great time!

The next day we woke up to sunshine. I dug to the bottom of my panniers and grabbed my shorts, something that hasn't been busted out since our stent in southern France, so already I knew it was going to be a great day. I kicked off the day right and went to the market and made a gourmet breakfast of potatoes, mushroom, onion, red pepper, egg, and bacon scramble with some fresh bread. Now fully fueled up we decided to go on Kai's walking tour throughout the city of Bruges. Vulgar, blunt, and over the top funny, Kai showed us the city and told us the "real" facts about its history. Learned where to get the best waffles, the best chocolate, where the best places for food where, we learned about the city from a locals perspective. For me the highlight of the tour was being able to get to walk through and taste some beers at the Bruges Beer Museum. I was in heaven being able to smell the hops and grains of the local beers, and read up on the history how many of them were created.

After the tour, a group of us had bonded and decided to continue exploring the city together. We stopped off to see Michelangelo's Madonna and Child, got some authentic Belgium waffles, and took a tour of the last standing brewery within the city of Bruges called Half Moon Brewery, known for the beer Brugse Zot. We followed this up with a traditional Flemish dinner of beef stew. This city had quickly moved into competition for my favorite city we have been to on this trip.

Back to the hostel for a quick shower we rallied 20 of our new friends together to go out for our last night in Bruges. We only had a 50 km ride to Ghent the next day, so one last night out in Bruges with our friends was well worth the possibility of riding the next morning with a slight hangover.

Bruges I will be back. Not just for the beer and waffles, but for the amazing energy it had and for the people that it brings together.

This trip was originally published on Salty Spokes.