If you have read my previous blog named "Kutch nai dekha toh kuch nai dekha", this is a continuation to it.
So after a good night sleep of what my tent stay reception person said "aaj kum thand hai" night, though it was already 10 degree celsius. We got ready for the next day, check out and hopped on to our Cab for a day filled with stuffs to do.
First stop Kala Dungar
So, what is Kala Dungar, it is the highest peak of Kutch and you can see the Indo-Pak border and a stretch of white rann along with it. You reach it by taking a right turn from a junction, on left it goes to white rann.
Reaching kala dungar is itself an awesome experience, on the way you got through the Tropic of Cancer (which we had gone through in the geography books) and also Magnetic hill, where literally the car goes in the reverse direction if you don't apply any torque to it. People were stopping there and trying with water bottle, but frankly it was moving with the help of wind not the power of magnetism.
Once you reach Kala Dungar, you walk some steps to reach the summit, the view is amazing and the wind literally blows you away.
Now coming back to my point of people scamming tourist, my friend tried on the local dress and it just charged 50 ruppees which is a bargain with the amount of time we spend clicking pics in it. Next there is a story that you can see Jackal eating food from the priest there, we waited but no Jackal came, maybe we were not lucky enough for that.
Next stop, Bhuj
Bhuj is around 40 kms from Kala Dungar and the ride was so great, with the long drive playlist of Wynk.
Bhuj is what can be said, don't judge a book by it's cover, when you enter it you will think "yeh kaunsa jagah aa gaye hai", but the more you get deep into it the city becomes magnificent. The culture of the kings, with the combination of old monuments, the thin bylanes and all the colors makes it a spectacle.
Speaking of kings, our first place to visit in Bhuj was Prag Mahal, the abode of the Maharaos', the palace is where all the scenes showing Royality for the Oscar nominated movie, Lagaan was shot. The magnificence of the building with the architecture mix of north west india with british influence, was magnificient. Just adjacent to it is Aina Mahal, which is more of musuem, you get to see the weapons, manuscripts of that whole period. Bonus : we got to see a painting of Mastani, the beloved of Bajirao. The pics are added below, so I won't speak much about them.
One thing I came to know is Nagpanchami is one of the biggest festival celebrated by the royal family, you can see the chariot, palki and all the equipments used in these museum.
Next stop was Kutch Museum.
Opposite to Hamirsar Lake, it is a museum dedicated to the people of kutch, you can see the different tribes and different typea of people staying there. This also houses the art and types of handlooms available in this district.
Hamirsar Lake is barren for the last four years, we asked a sodawallah whose stall was adjoining the lake, he said "pani kahan se hoga, barish toh 4 saal se nai huyi".
No wonder the food is more with Bajra and thinga which grow in less water. Then we went to Bhujori Village one of the best handloom villages in west India.
The bhujori village is a 12 km drive, thw thing which we didn't know, was at the end of thw village is the Vande Mataram Memorial, which shows 4D show of the freedom struggle of India. Disappointing we didn't get tickets for it, as the show was housefull. Though that is not the end to this place, it is attached to a garden with marvelous looking sculpture and art flowing all around it. If you want a great profile pic with Mr. Gandhi looking over you this is the place. This is a beauty which is unexplainable with words.
We walked our way back to our cab, with some shopping done (the main purpose of visiting the village). We came to station to mark the end of two days of seeing the magnificence of white rann to the lost history of the rulers of Indian provinces.
Special shoutout to Kutch Utsav Tours, our driver Mr. Rajesh Bhanushali and all the people of Kutch who made me feel, maybe the food is spicy there, but people are very sweet. 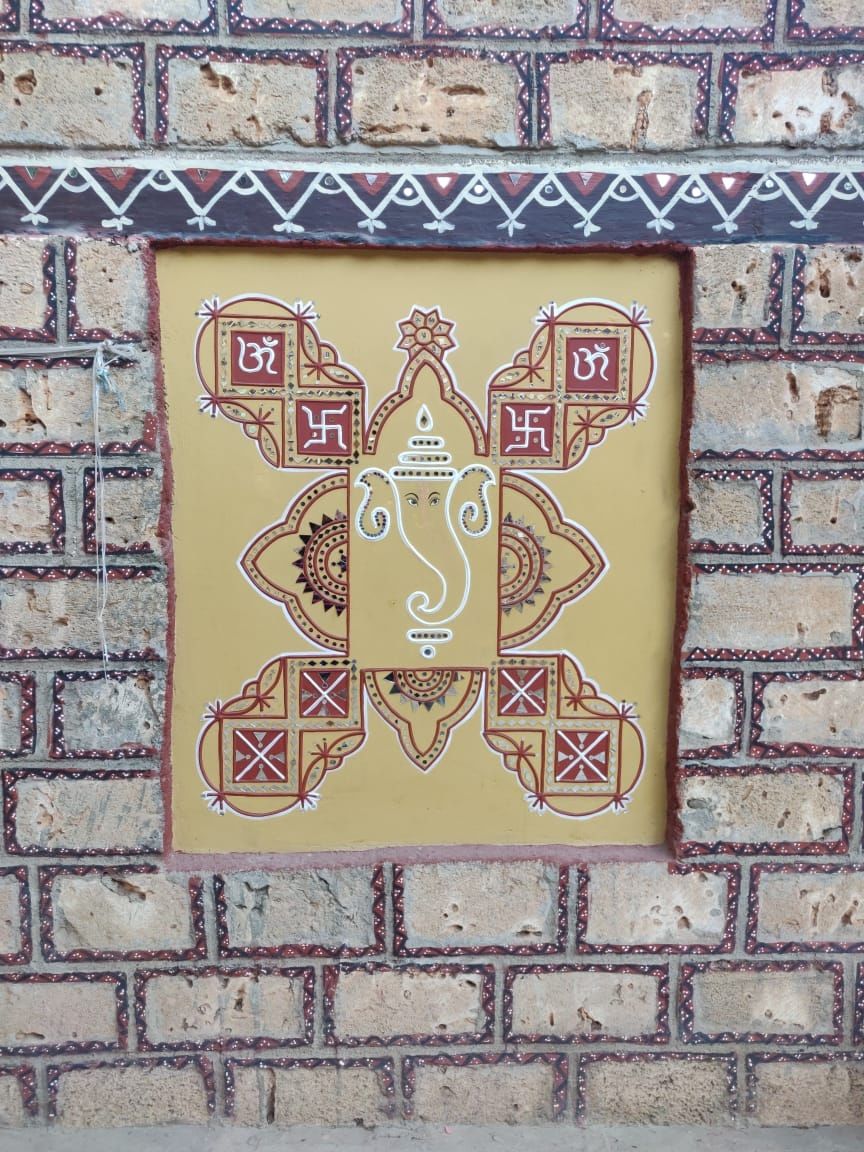 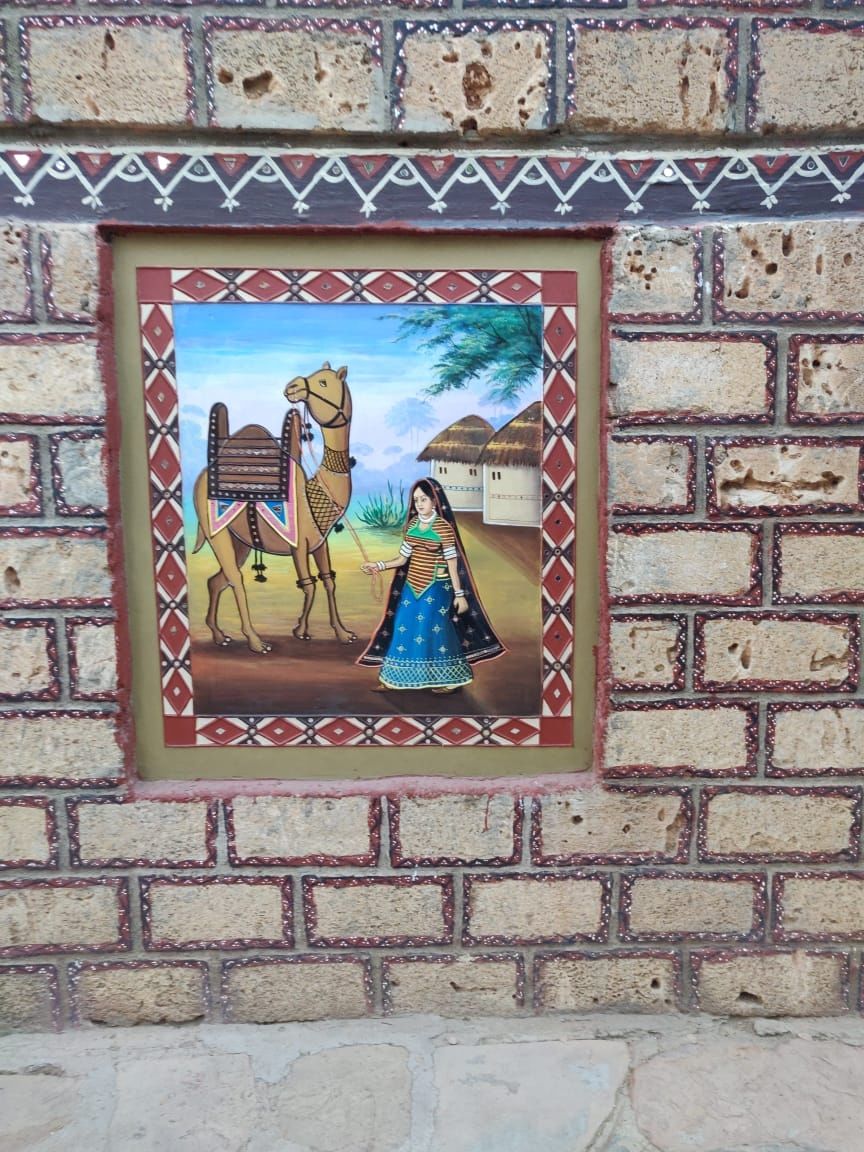 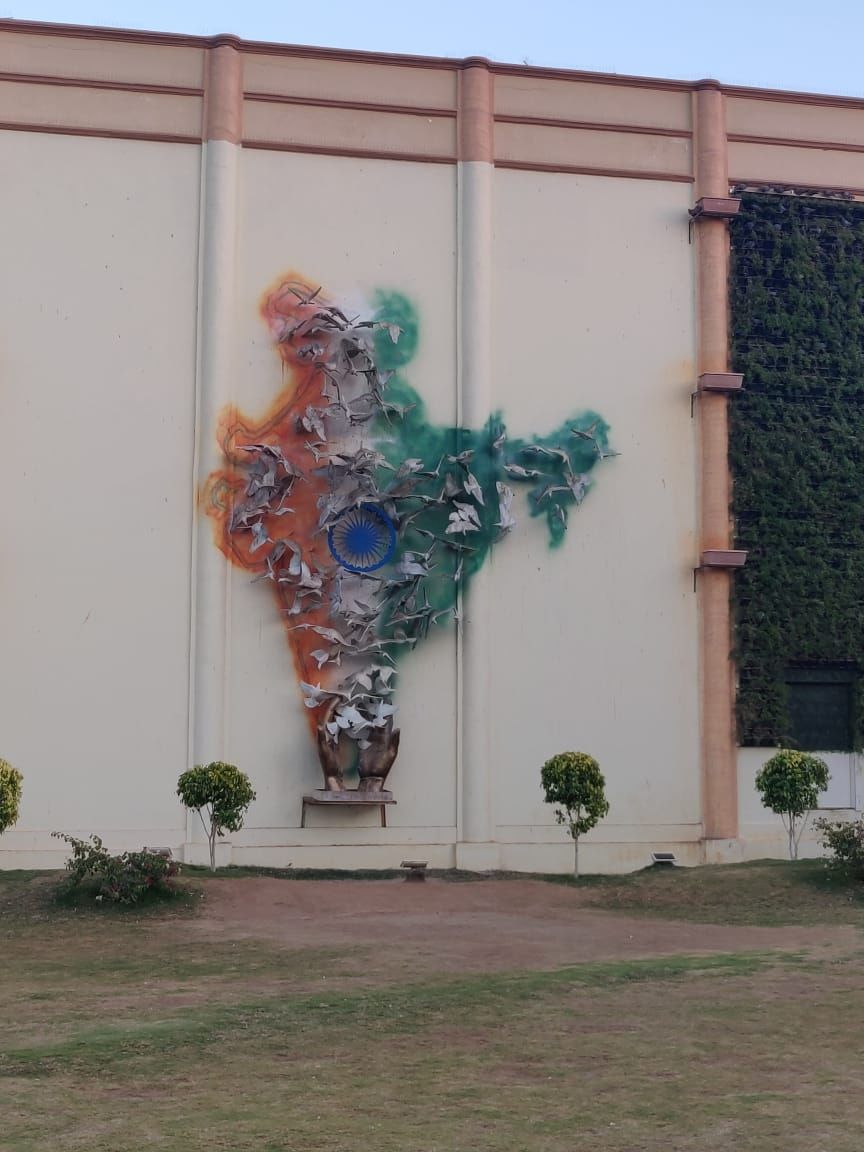 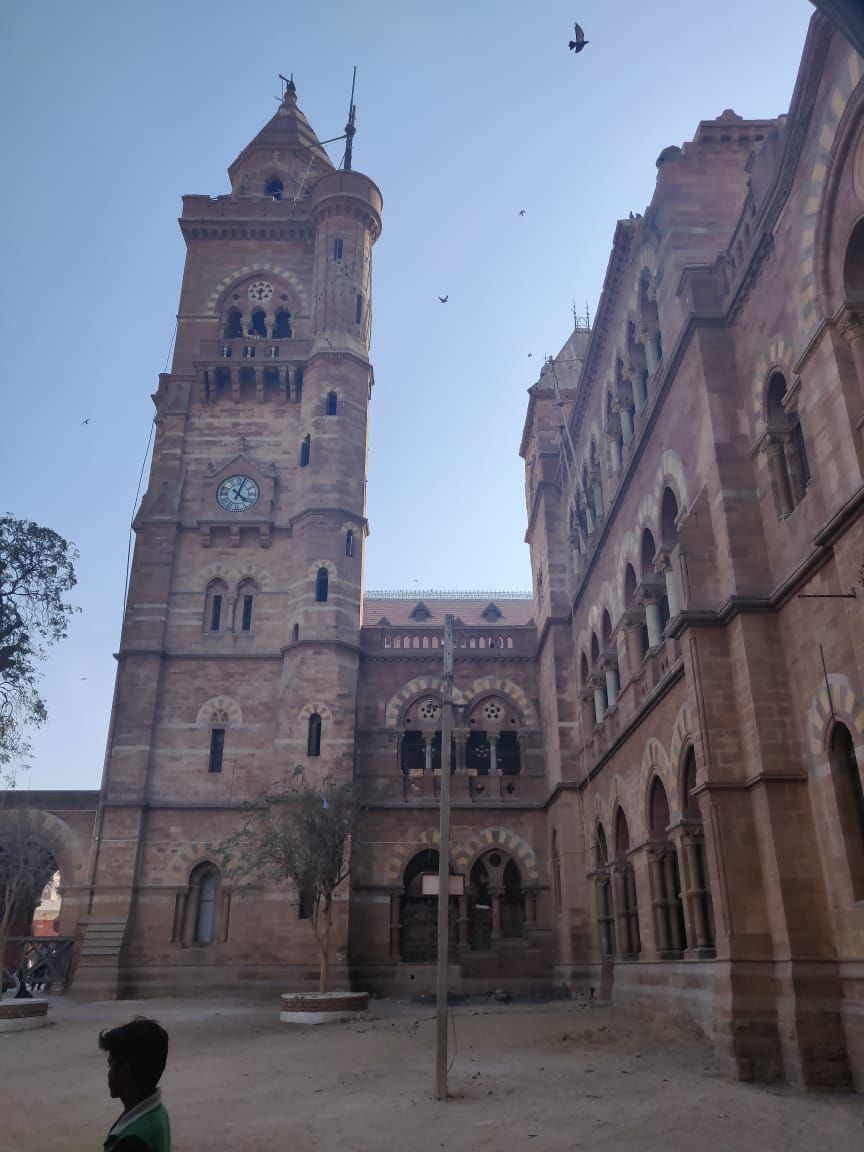 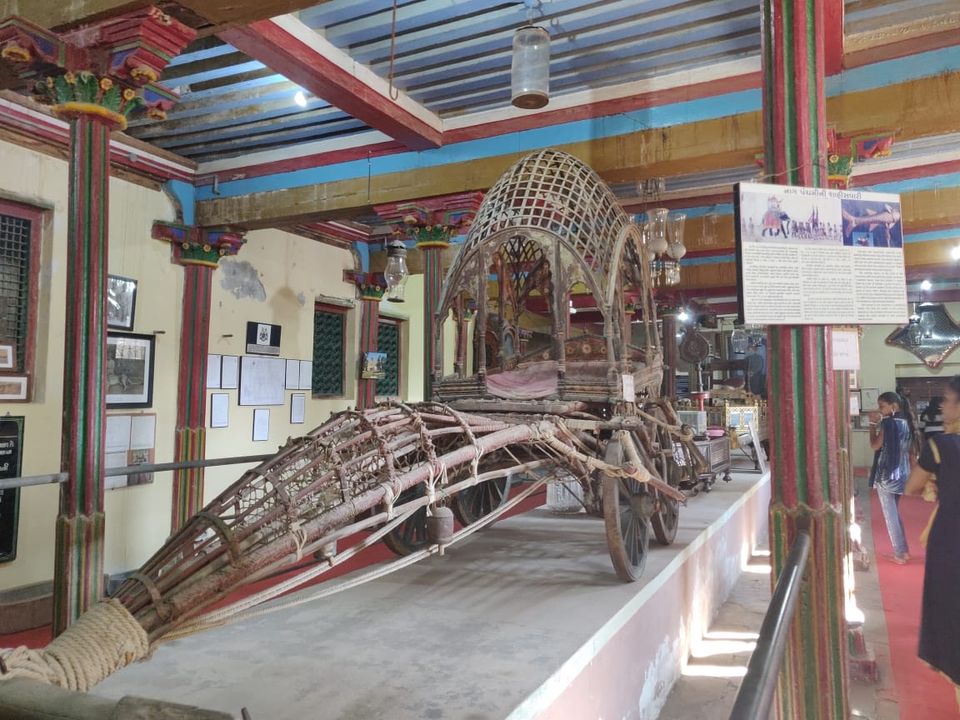 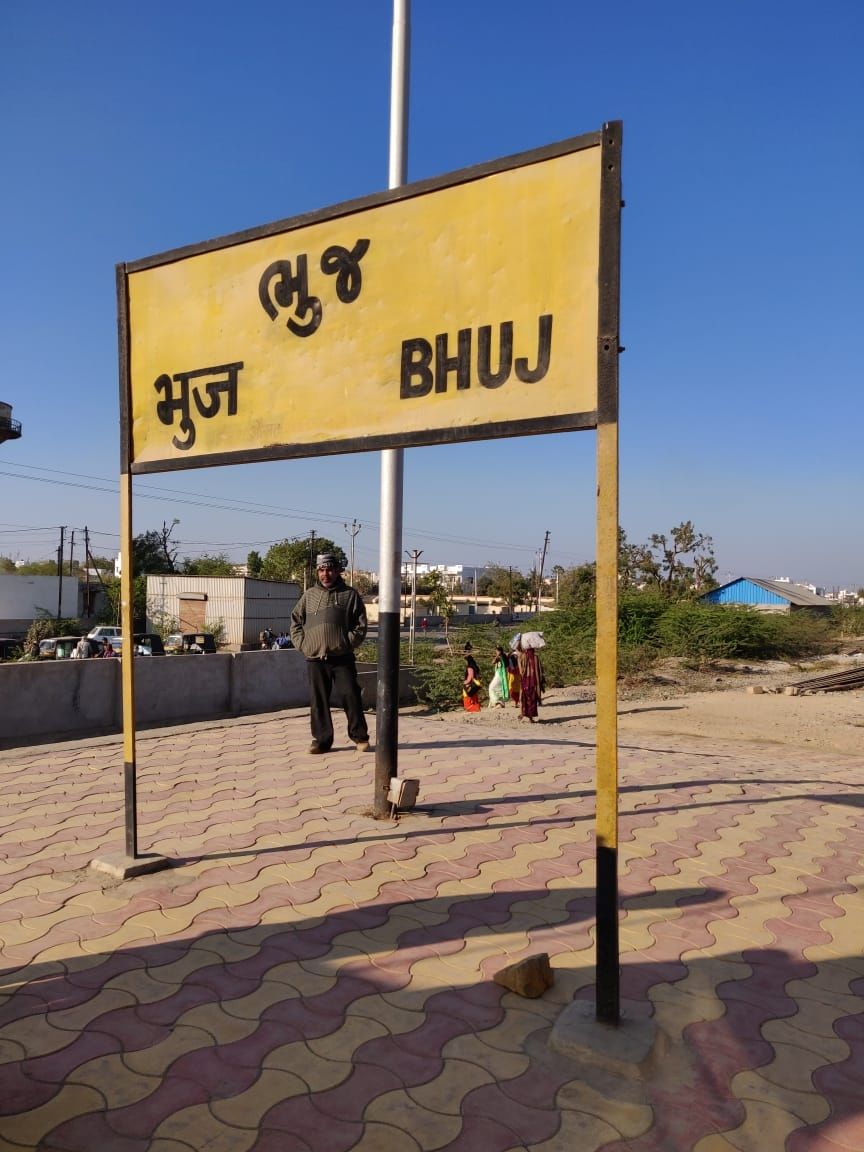 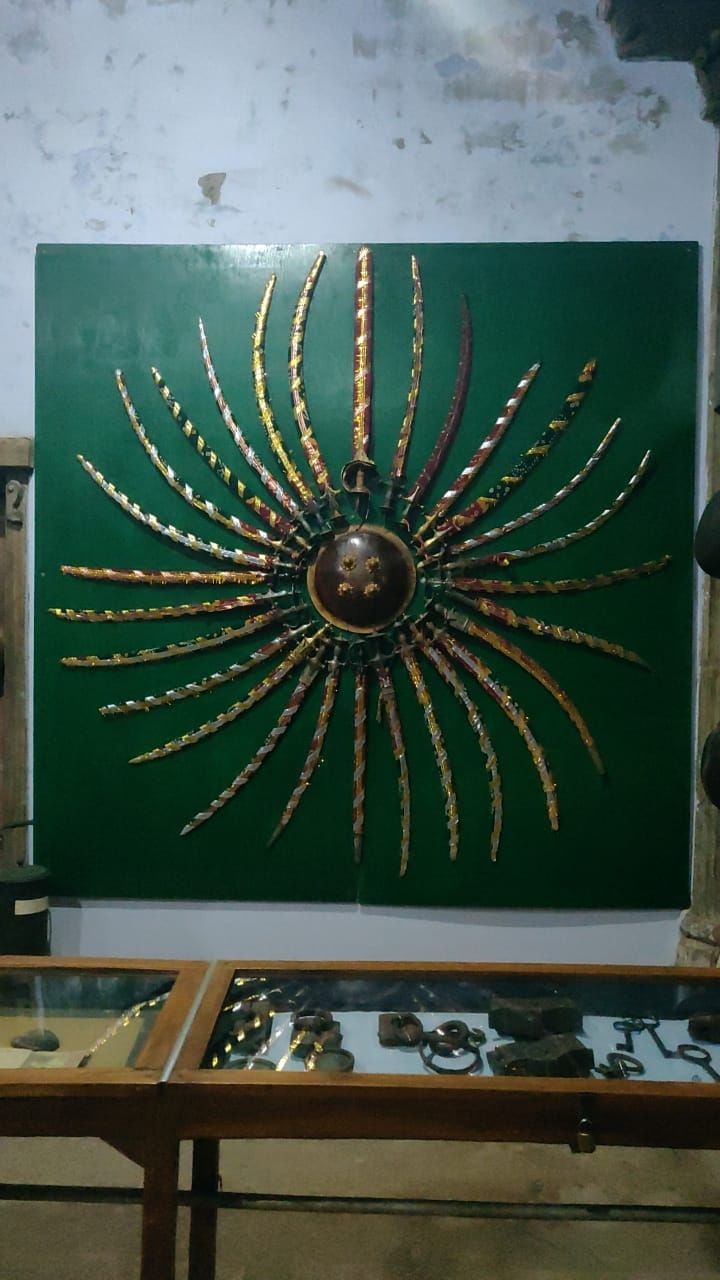 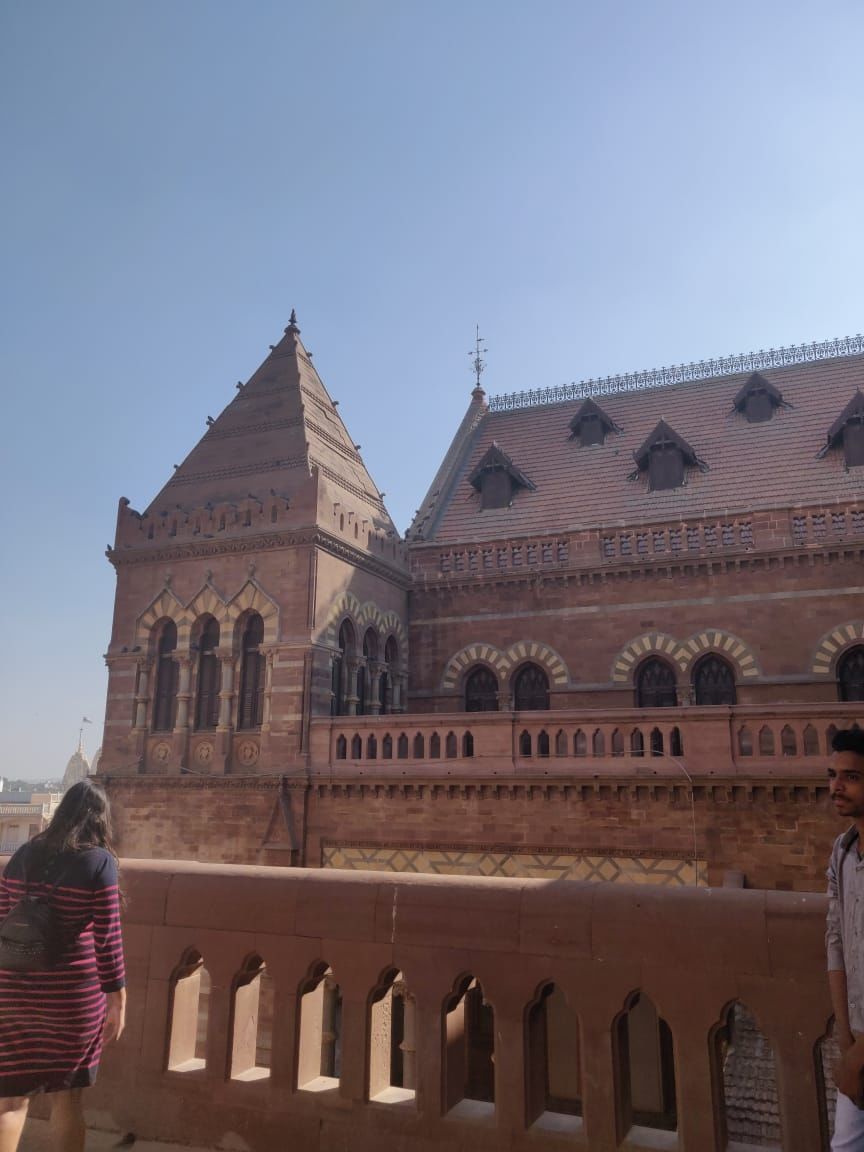 Stairway to meet the general in Lagaan 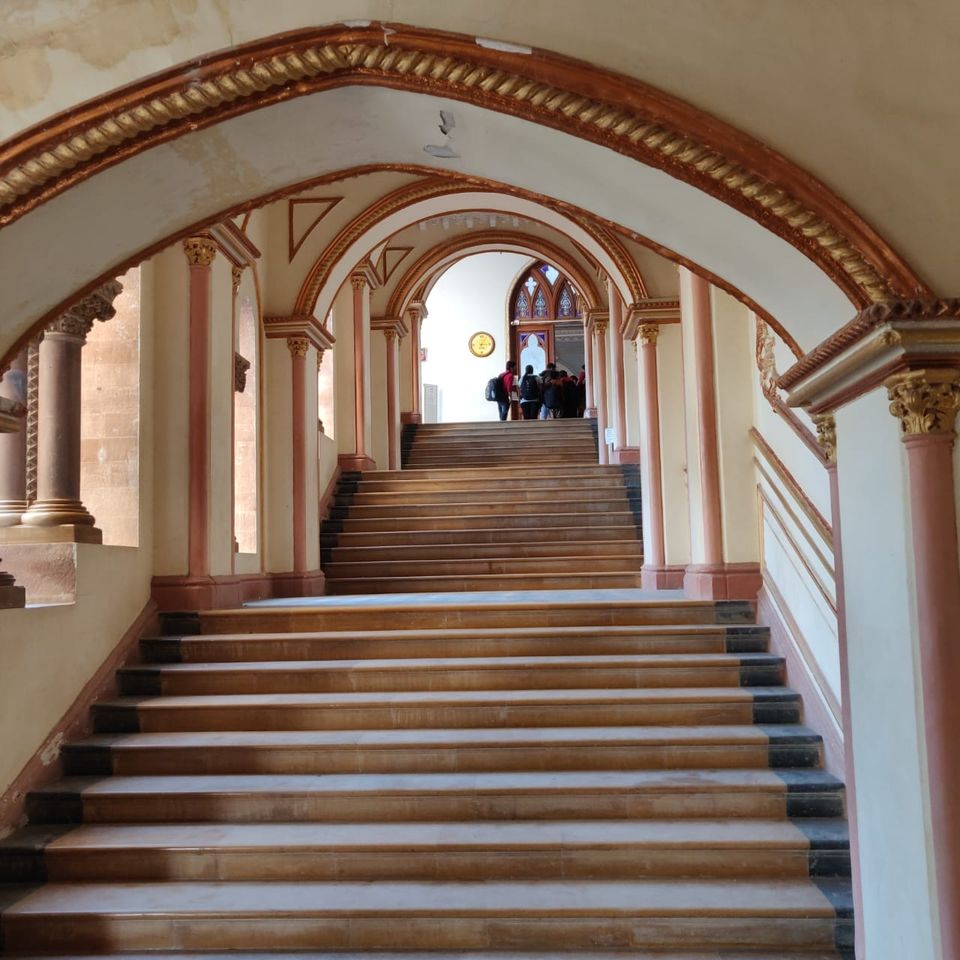 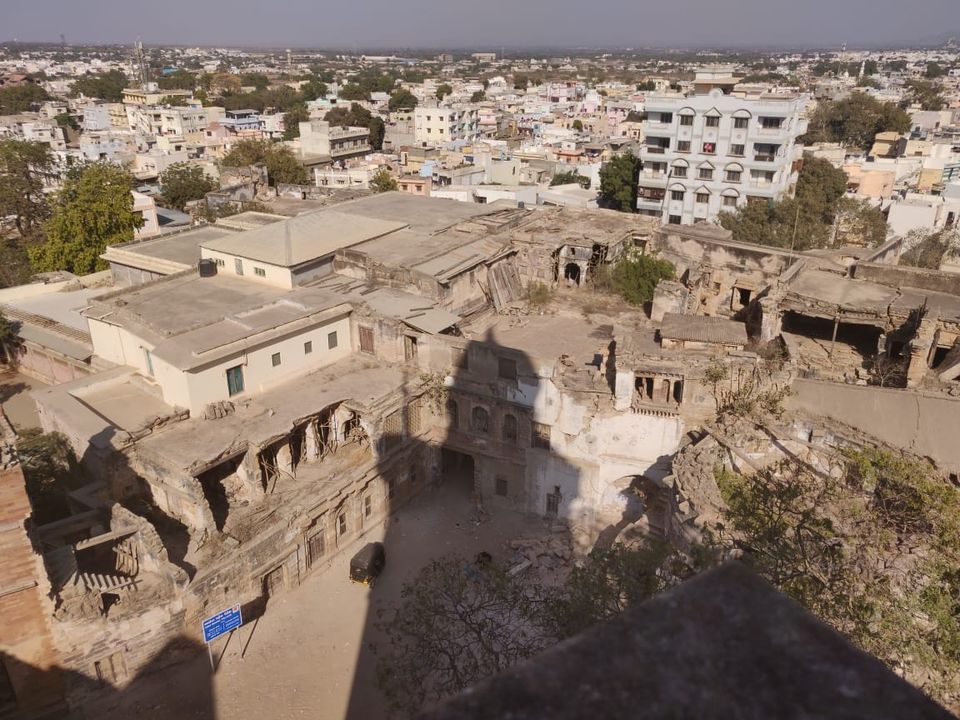 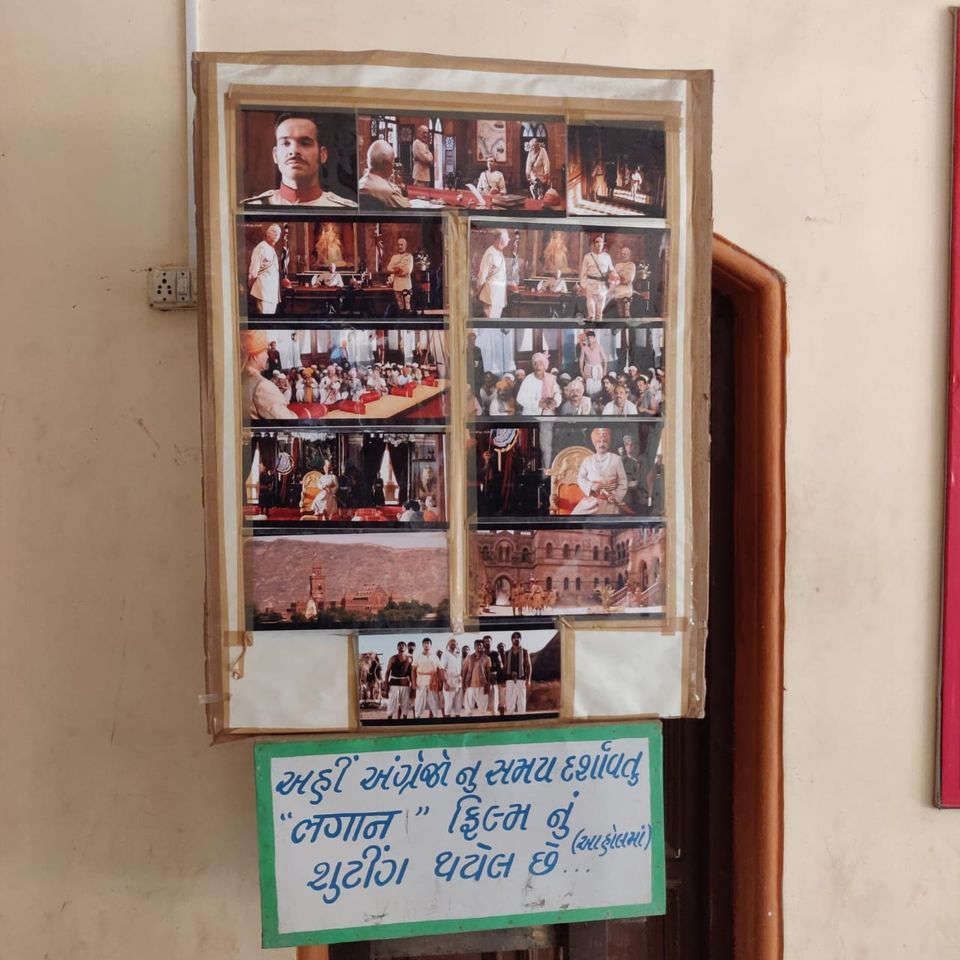 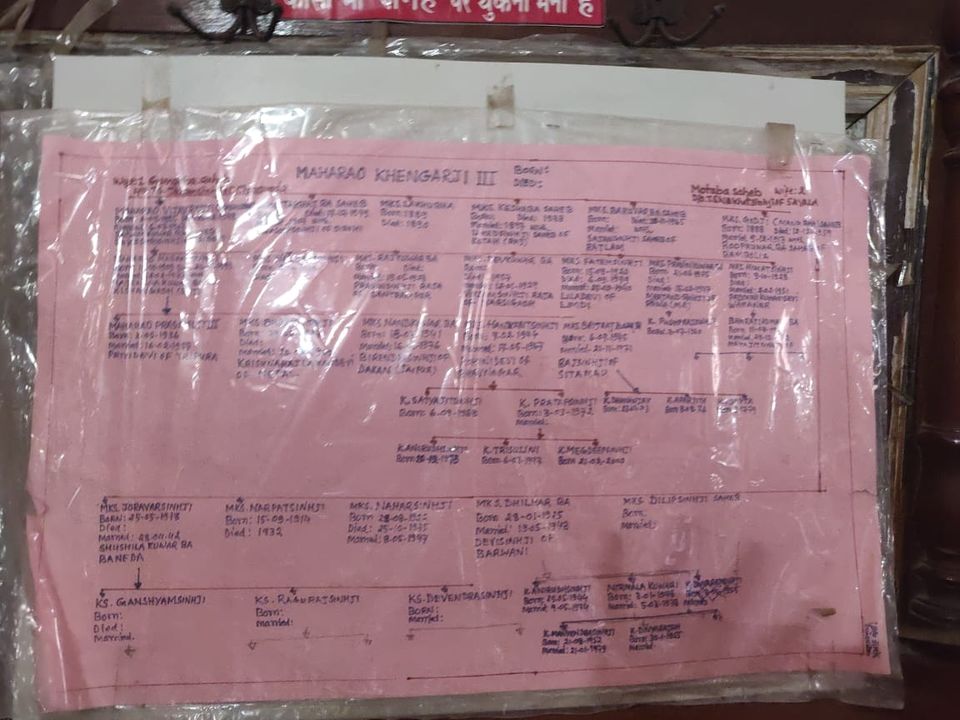 The current Maharao and his wife 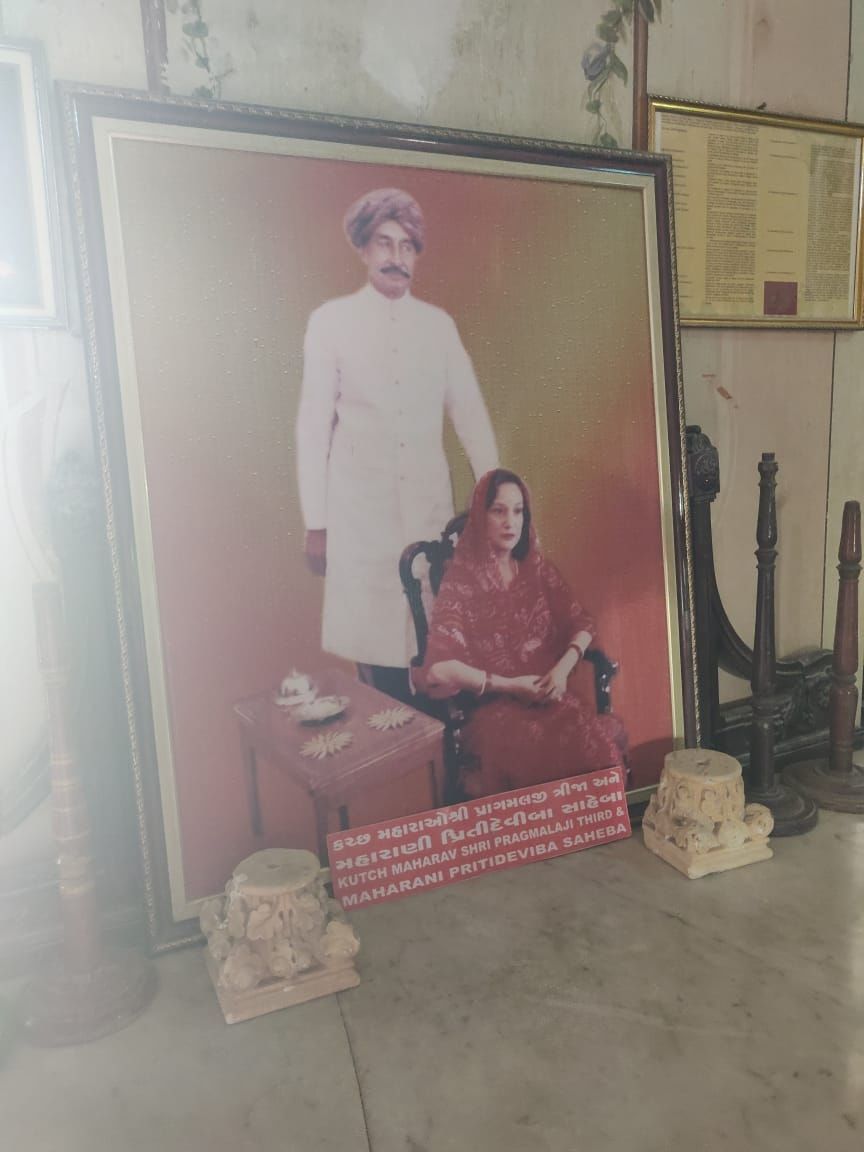 The Auditorium of Vande Mataram Memorial 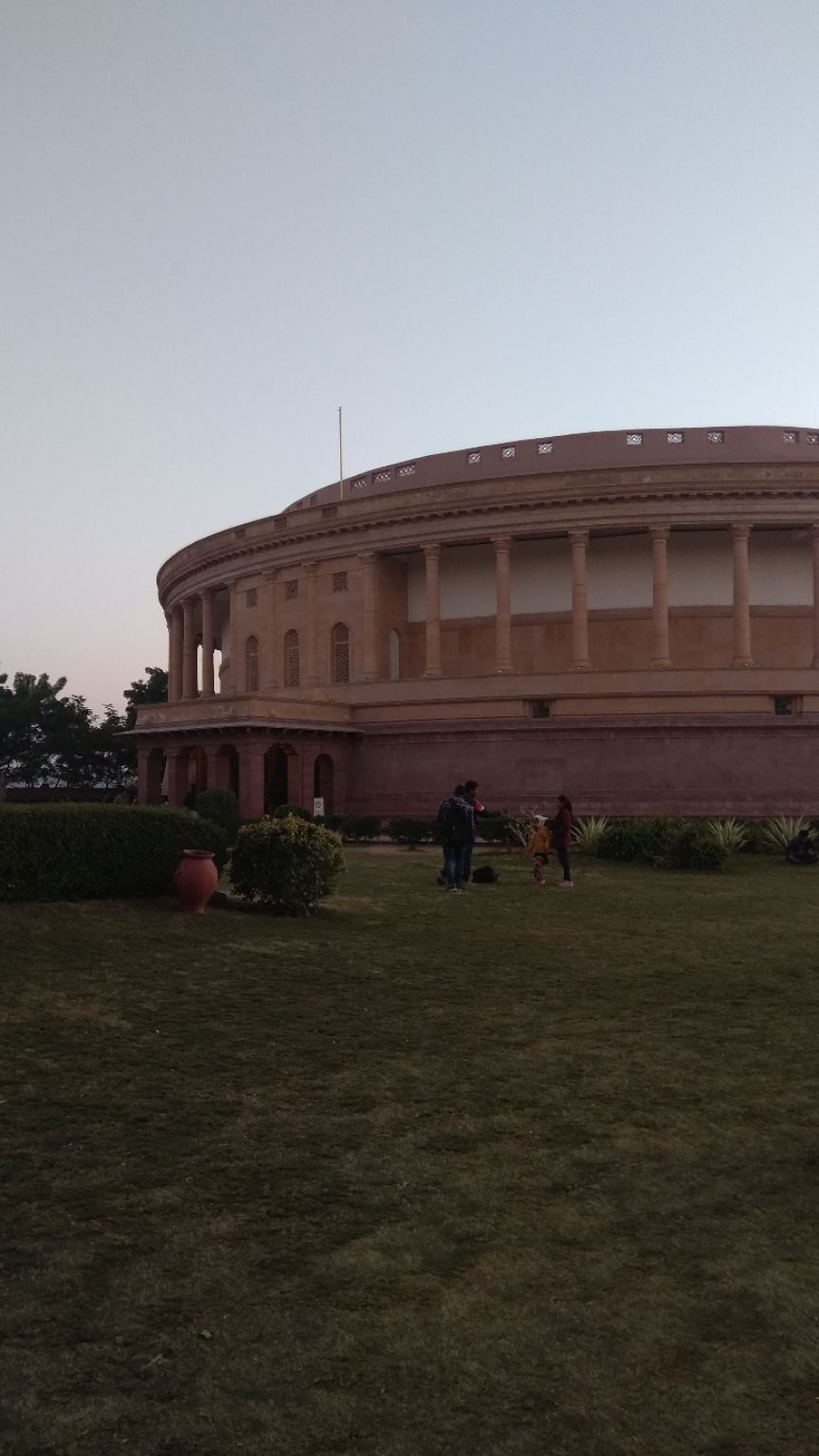 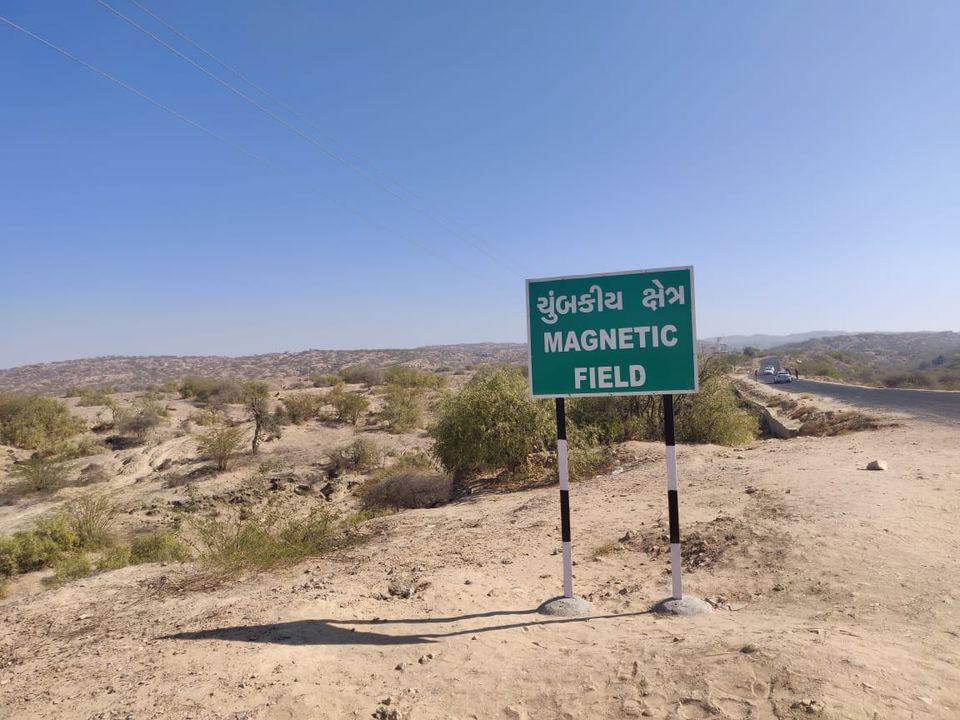 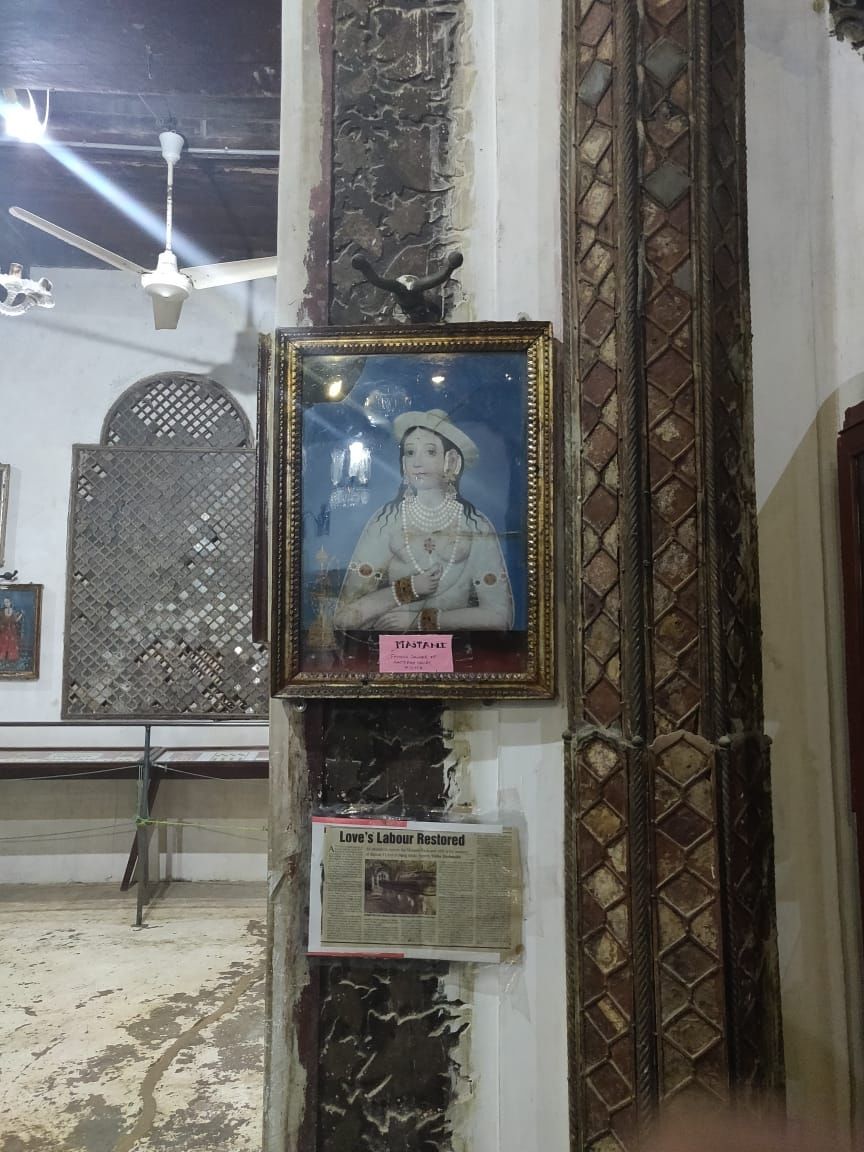