Catching Dreams all along #learningholiday

After spending 3 days in the wait for the weather to give a green signal for paragliding, I decided to make some use of the extended stay at Bir Billing. I came across this place called Moonshine Madness, located on the Billing road, a small cafe with a studio attached. The studio and the owner of the studio caught my attention, when I saw her de-tangling feathers. There was something about the whole view, that I decided to walk up to her and strike a conversation. I met this girl, named Chirag. Chirag, as the name goes, certainly stood true by her name with the glowing aura she carried along with her.

Chirag makes Dreamcatchers, paints stones, feathers, sticks etc, rather anything she can get her hands on. I wanted to learn how to make Dreamcatchers, and Chirag's way of teaching seemed more intriguing than the YouTube videos, I had seen all this while.

Chirag would take you for a walk in the jungle, you have to pick up anything that you feel is useful and attracts your attention. So we picked up pine branches, pine fruits, bird feathers, small wild nuts, twigs etc.

All this while, the Dreamcatchers that we have seen, are attractive, colorful and pretty. Hence, I wondered, how would this look and all that Chirag had to say was, it will look excatly the way you perceive it. There are no rules for making a Dreamcatcher, there need not be a shape, a color, a pattern...but belief is all that it required. Thus, we started making one.

A small story behind the origin of Dreamcatchers, Dreamcatchers were created by Native Americans in the 1960s, during the Pan-Indian movement. Dreamcatchers symbolized an object that absorbs evil energy and emits positive energy, and hence was tied above a baby's cradle to ward off negative energy. It is believed that Dreamcatchers have an absorbing threshold, and when that is crossed, the Dreamcatcher will break on its own. And one should not be diappointed with that, as just like the cycle of life, you get up, make another one and move on ... 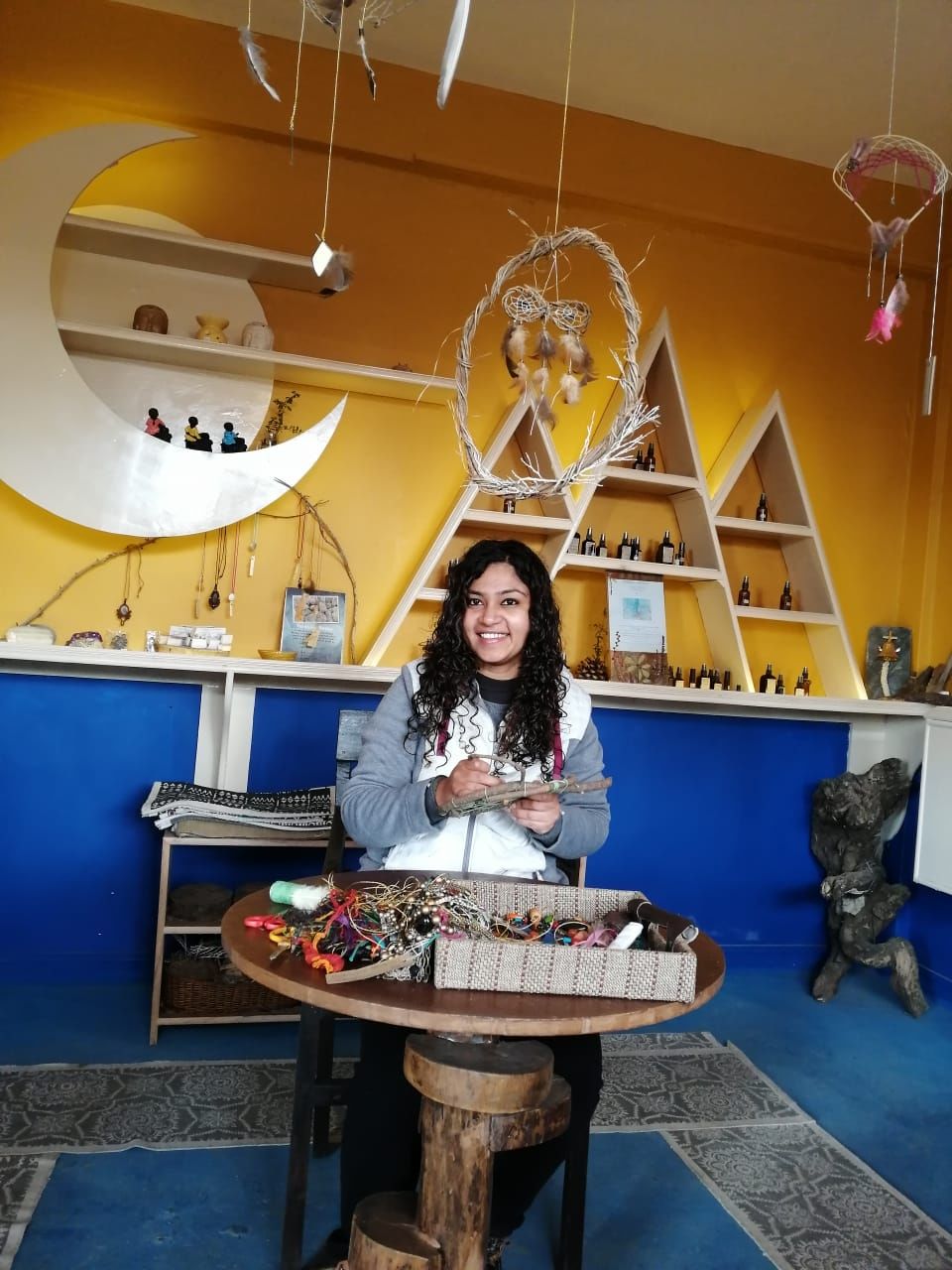 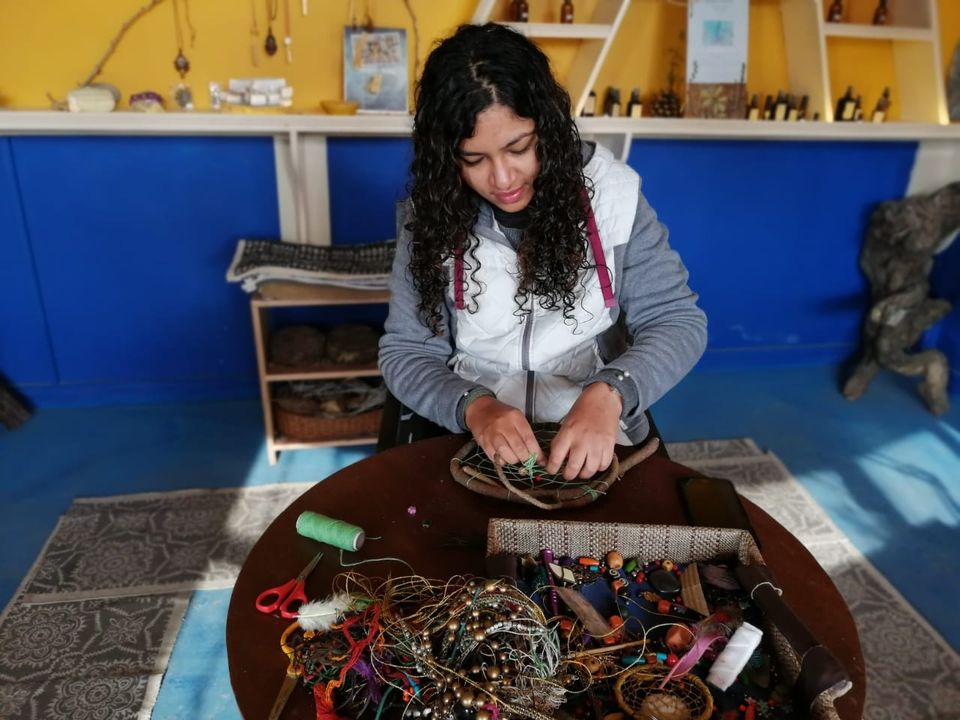 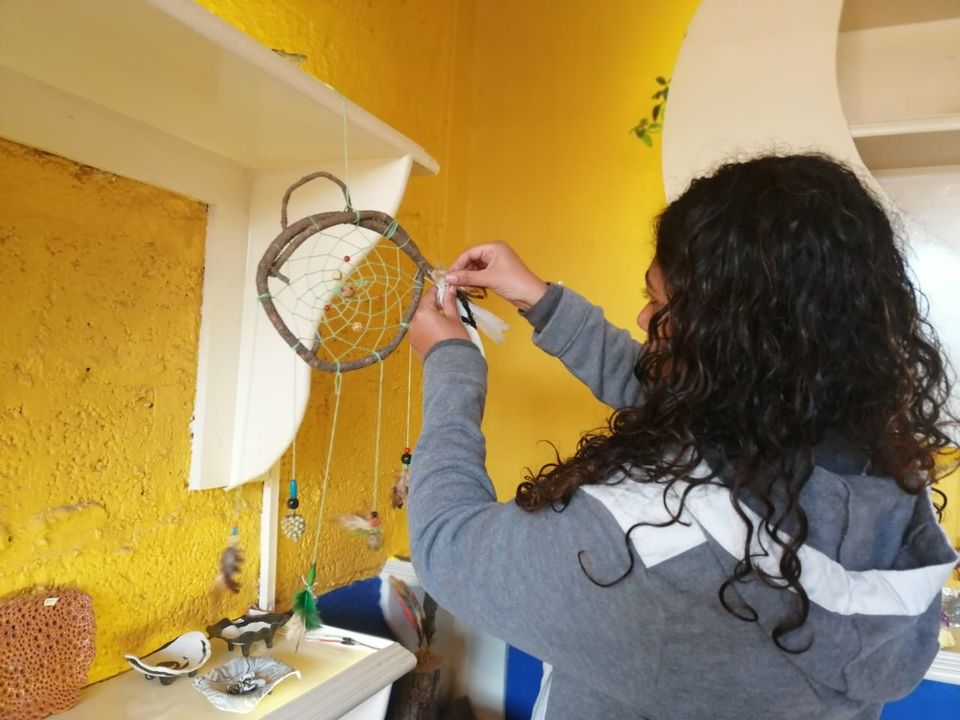 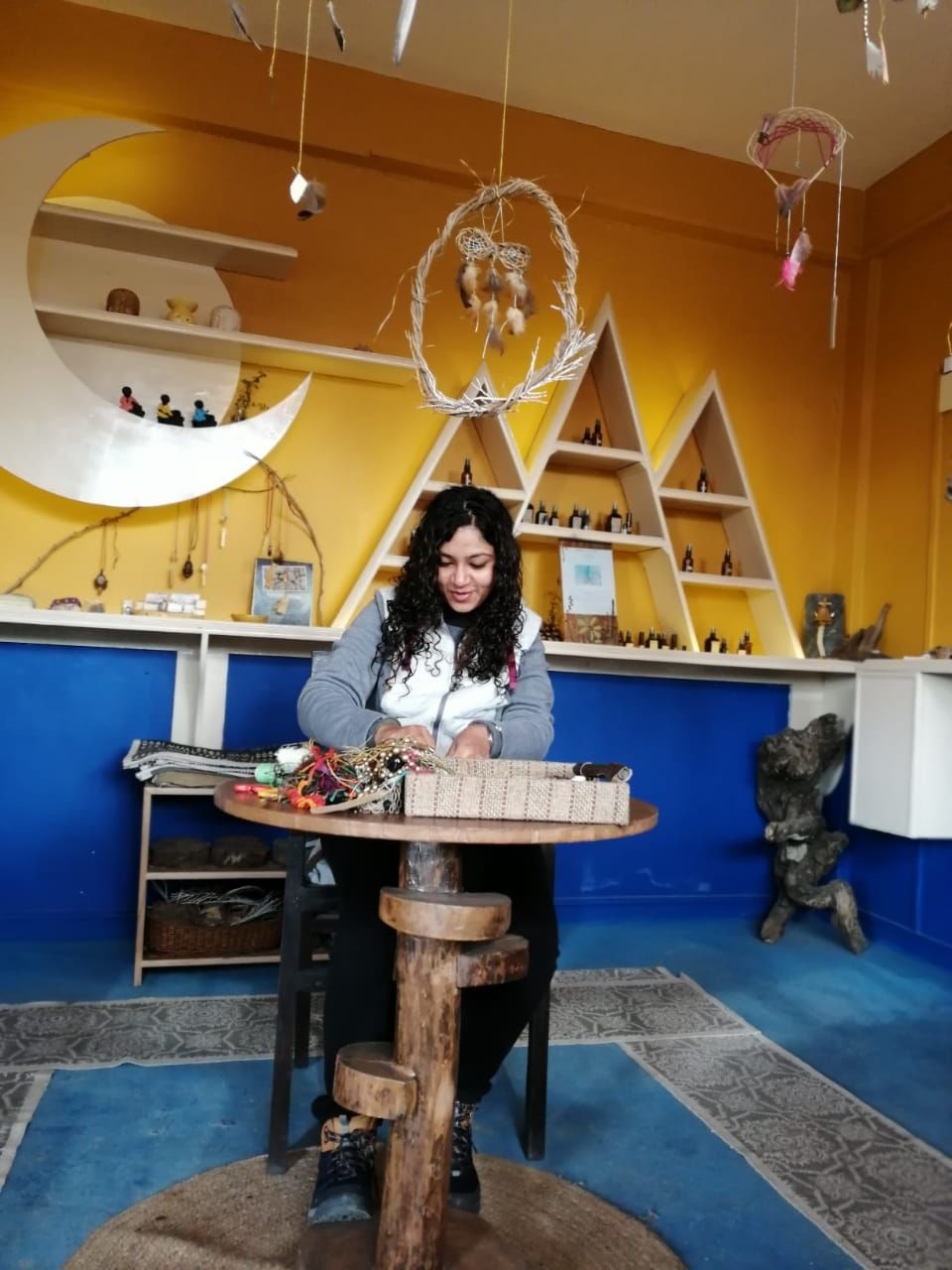 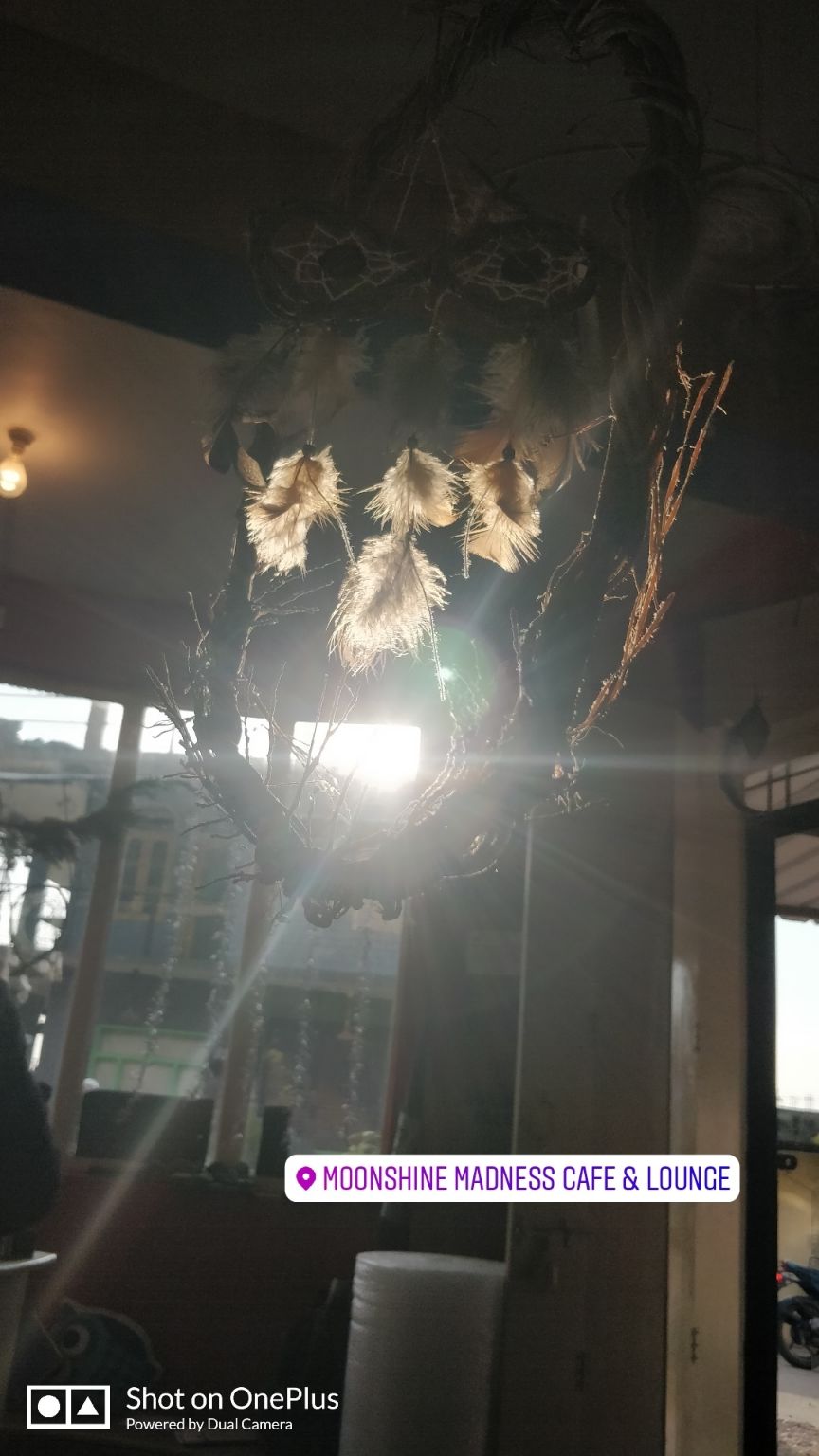 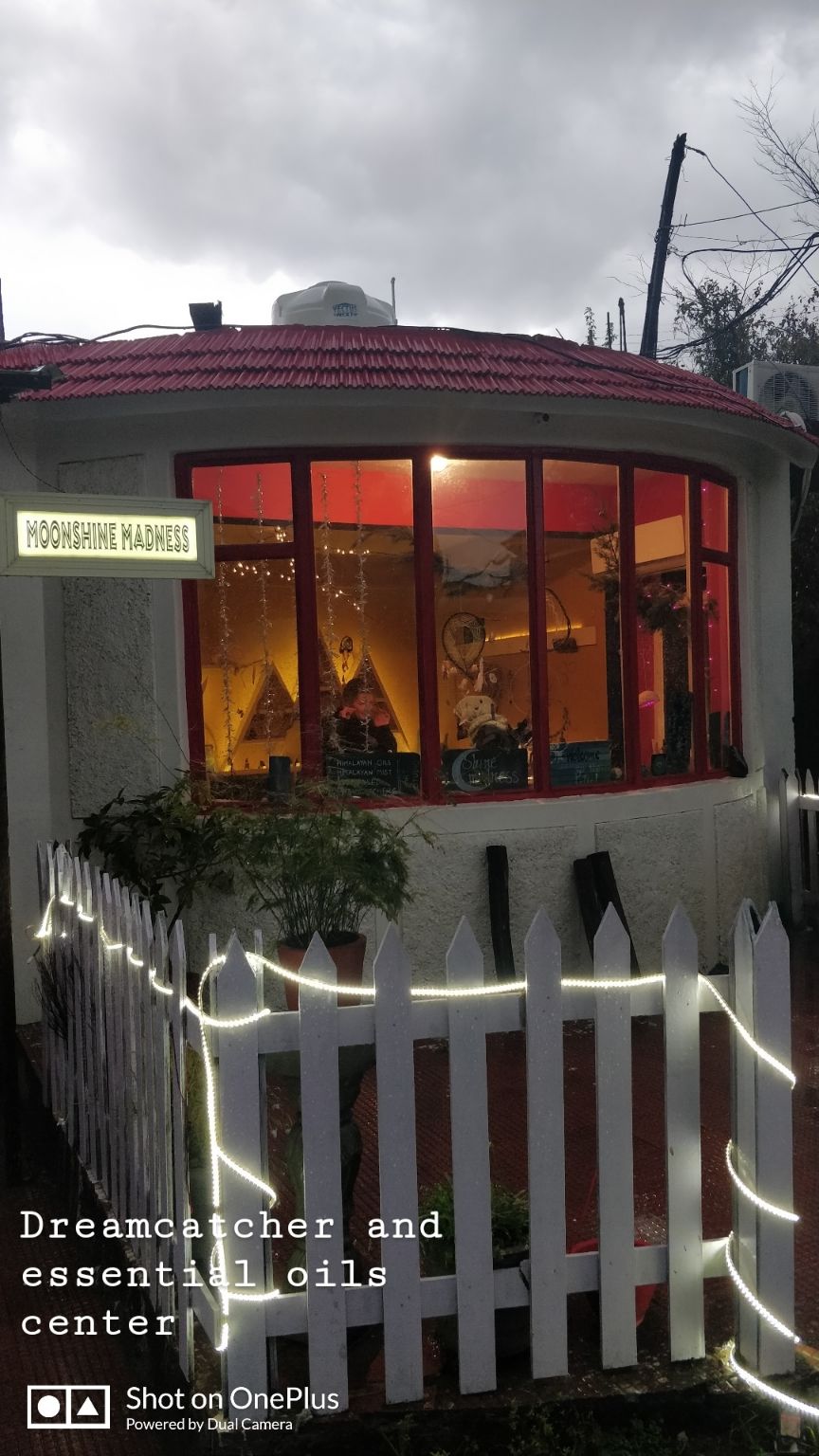 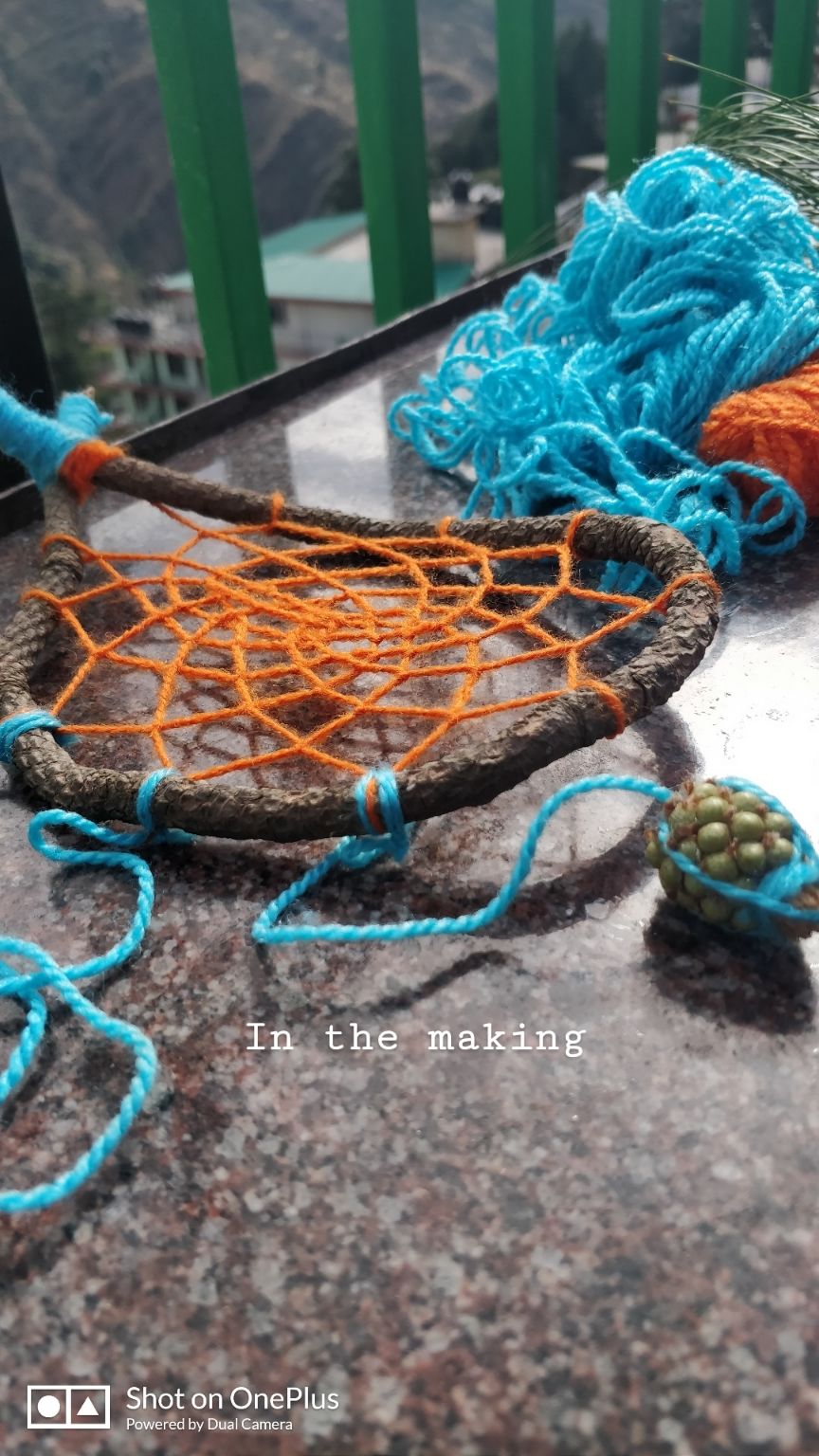 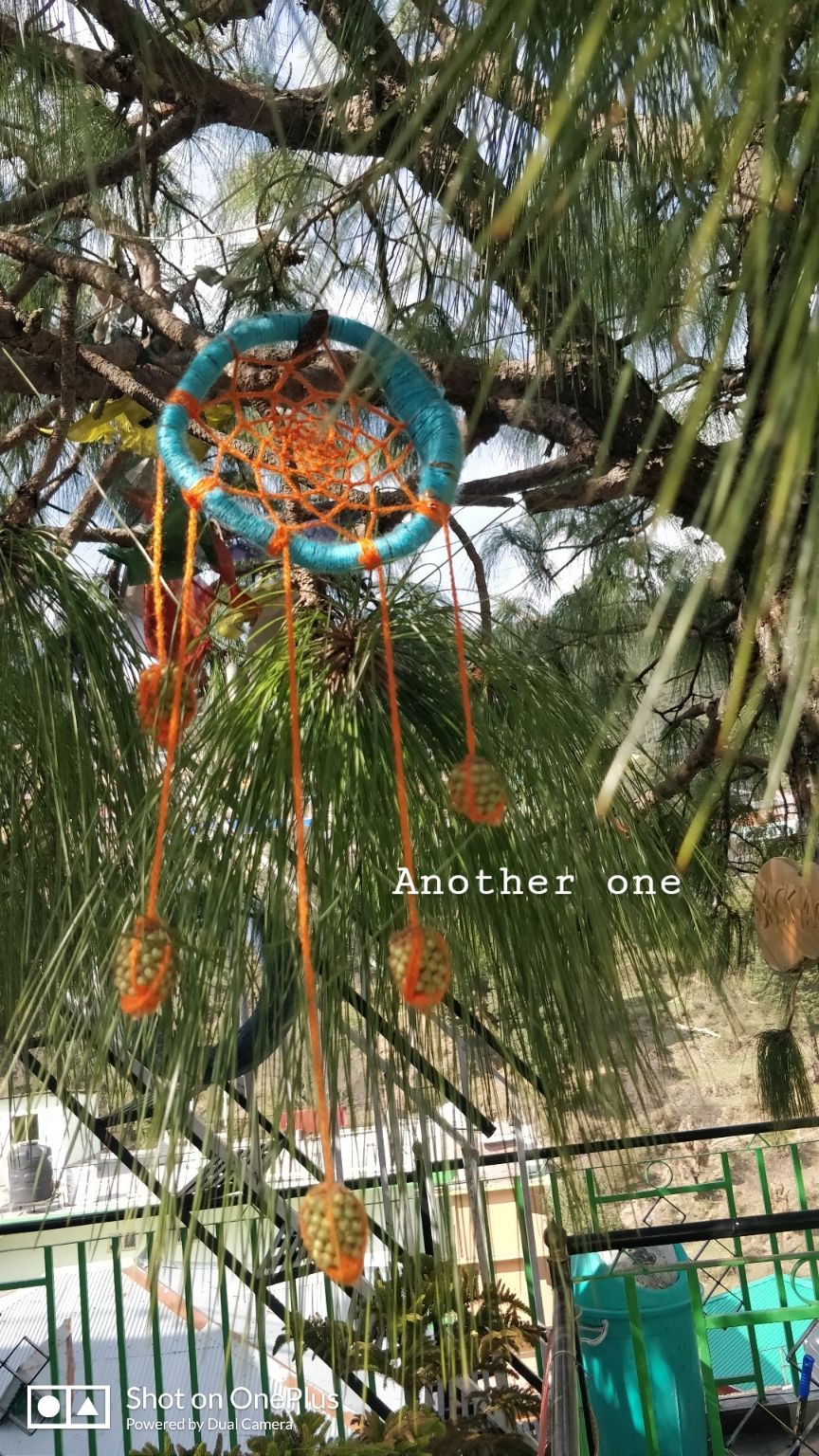