I Found Love In A Hopeless Place: Krakow, Poland (Part 1) 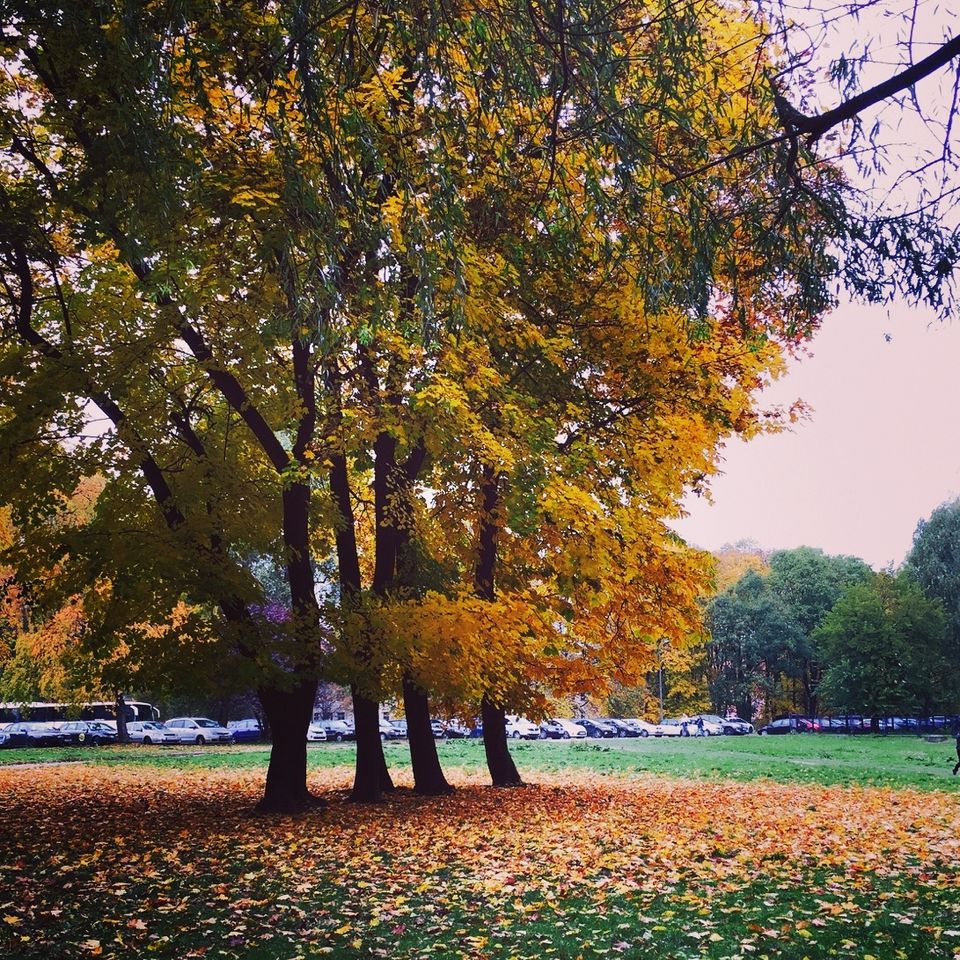 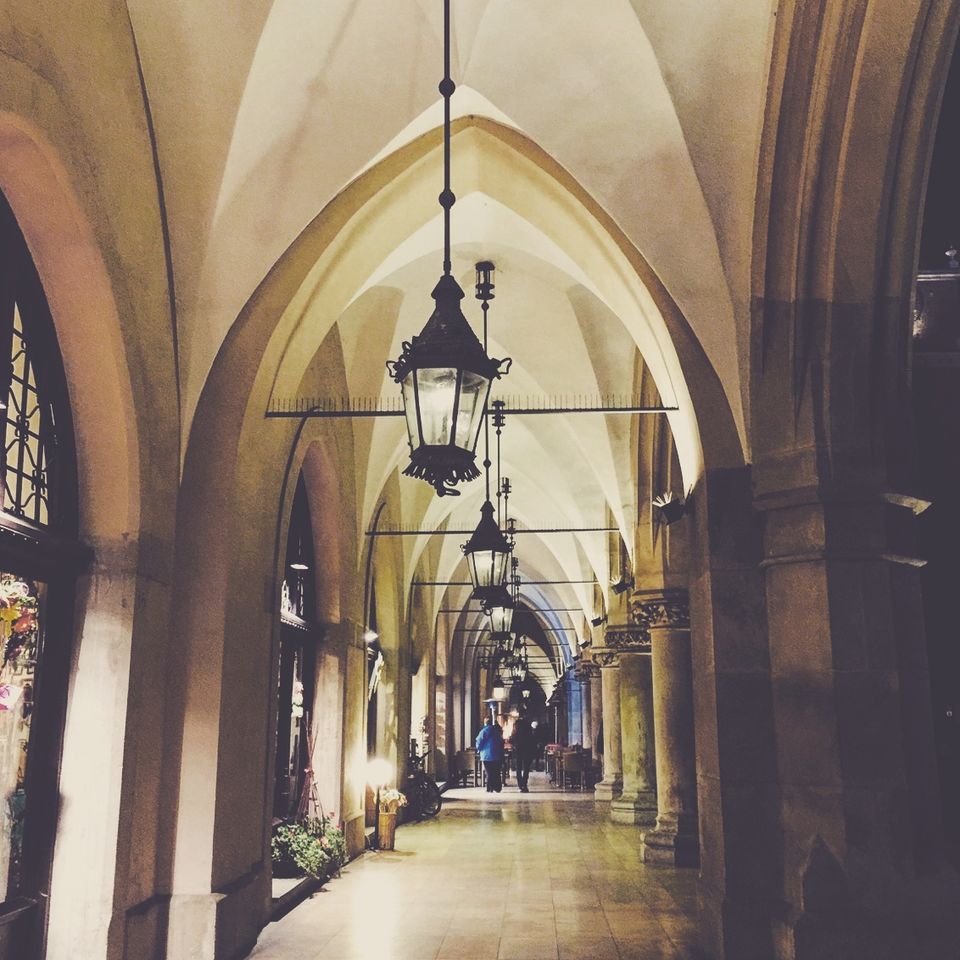 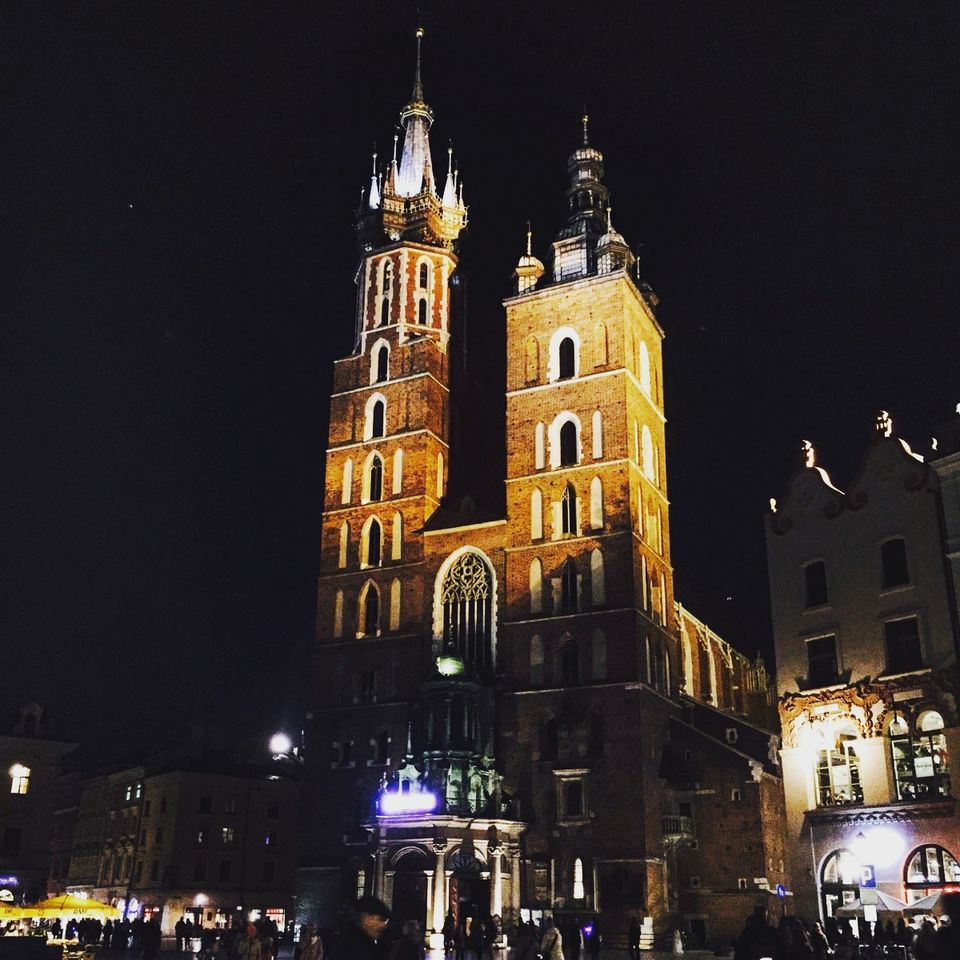 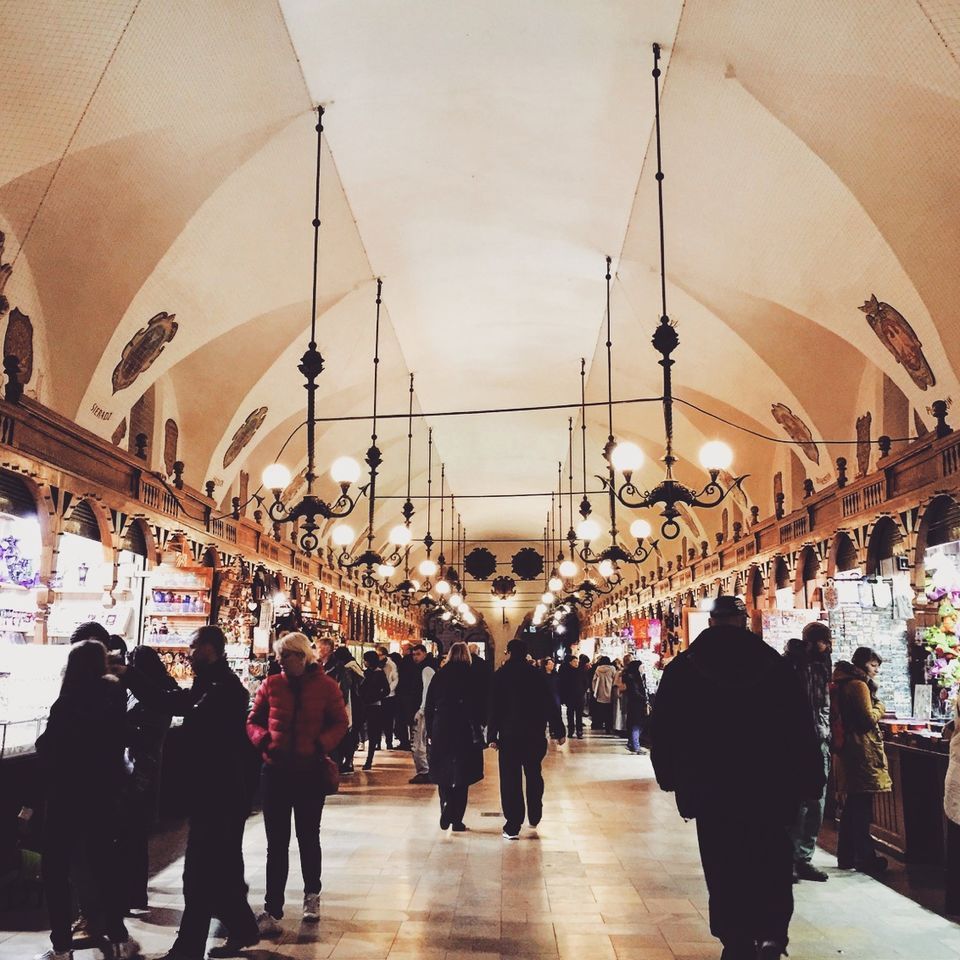 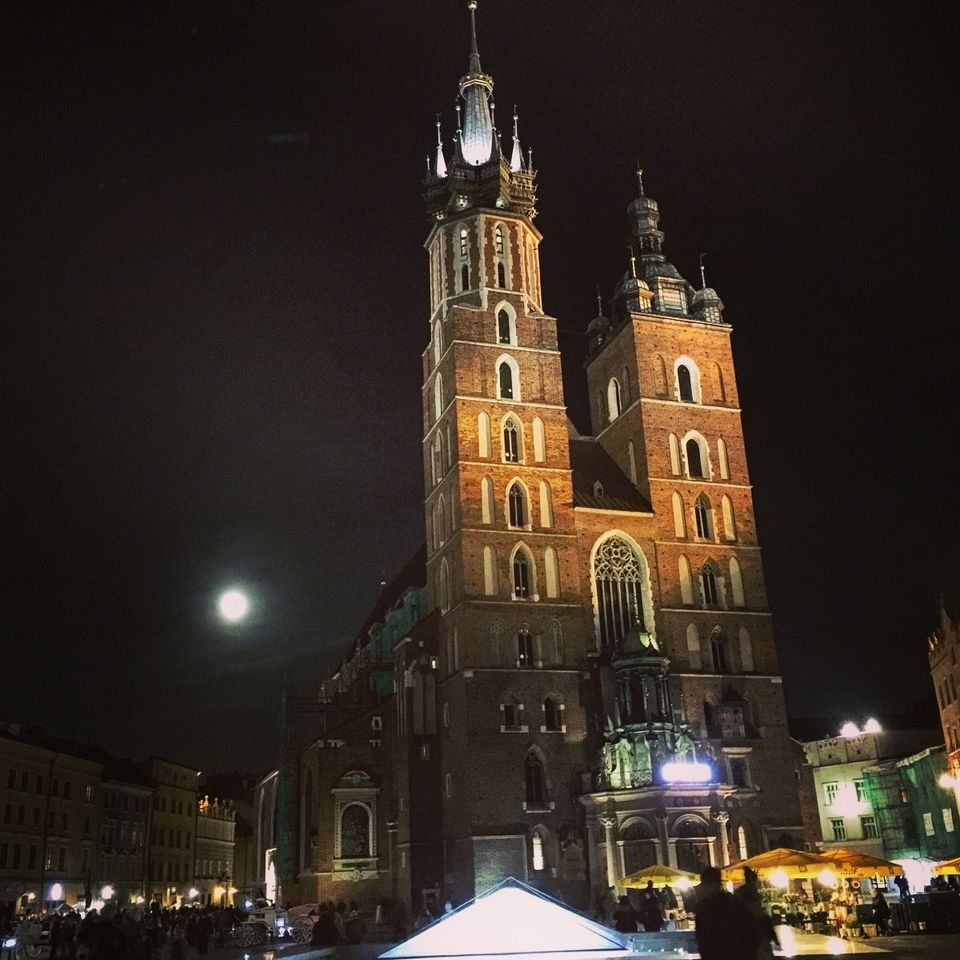 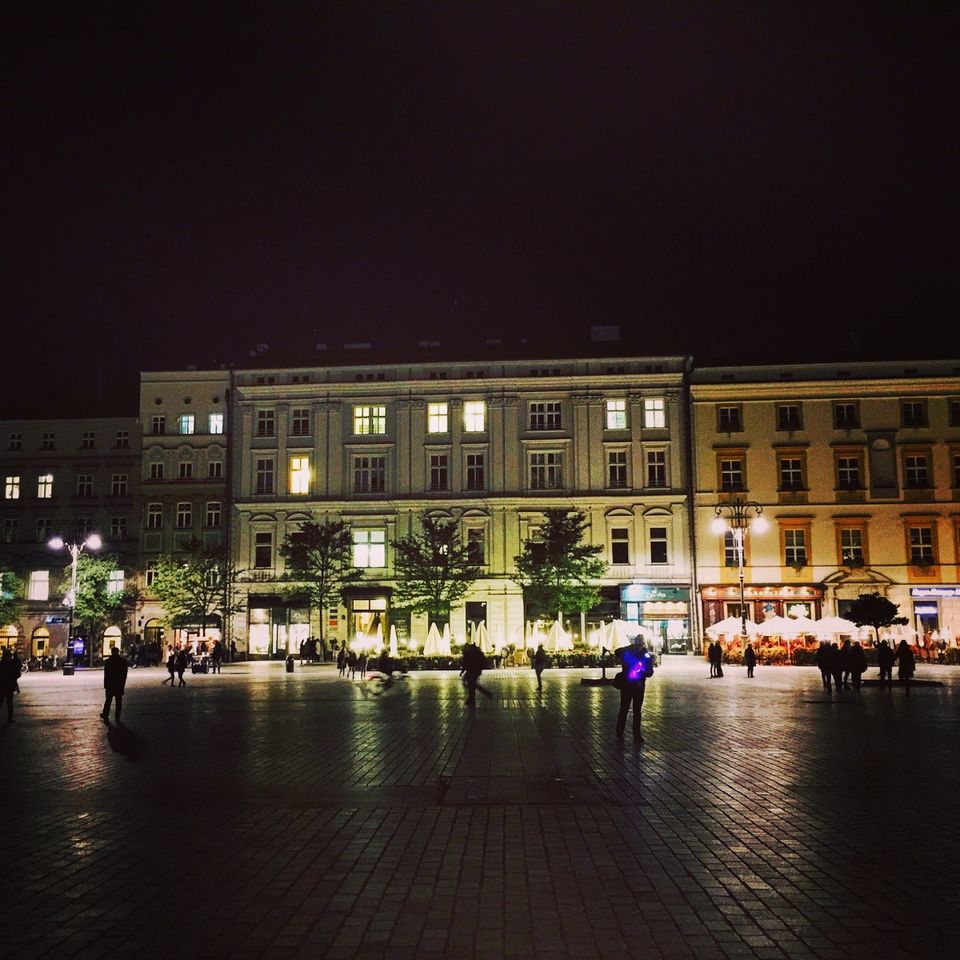 Time seems to have had no effect whatsoever on the land of fairy tales and dragons. The oldest and second largest city in Poland, Krakow is stunning to the core and is encapsulated by a fantastical atmosphere. It might come across as cold and indifferent at times, but trust me when I say that it’s probably just the weather. Architecture is all-pervading and is a brilliant amalgamation of fragments of the present and the golden past. There’s Renaissance and there are also glimpses of Art Nouveau. And then, all of this amounts to so much creative inspiration!

Considering the fact that it served as the headquarters for the Nazi Government during the Second World War, it received a lot of protection from the heart-breaking destruction and loss of precious human lives caused by the same. Krakow is also somehow eerily silent and peaceful; it is like a saint with all the serenity in the world. I personally have never witnessed quieter streets in Europe and this despite the fact that travellers and day-trippers love this city. Yet, its beauty is unrivalled.

While the cityscape will strongly remind you of Budapest and a little bit of Prague, perhaps because the essence of European cities, especially those of Eastern Europe is inherently the same, but like them all, Krakow has an exclusive story to tell. You have to physically be present in order to understand this prodigy. The winds blew and kept brushing my face lightly. Autumn leaves were strewn all over the dewy grass and the bench I was sitting on. It was cold yet everything was so colourful, so inexplicably happy. Love was inevitable.

For more information, read Part 2 of this series here.

HotelsMap
Krakow’s Central Square, replete with its grandeur and charm is undoubtedly one of the most stunning plazas around the world. This 13th century marvel is perpetually bustling with activity and occupies a massive area of some 10 acres. It therefore happens to be the largest square out of all medieval cities in Europe. The layout was intriguingly based on a Roman Military Camp. If Krakow was a human body, Rynek Glowny would be the blood running through its veins; both are ultimately incomplete without each other. The rectangular square is surrounded by churches and town houses and the most prominent of them all are the Town Hall Tower, St Mary’s Basilica and the Krakow Cloth Hall. They rise like giants and account for the most conspicuous structures around the plaza. The pubs, restaurants and cafes are so large in number that it is almost impossible to keep track. Rynek Glowny is also a playground for buskers right from musicians to dancers to rather amusing magicians. And they sure keep you entertained with all the talent they possess. If nothing, hop on to a horse carriage and allow yourself to feel like a member of the royalty!

HotelsMap
Yet another important landmark in Krakow and the shining gem of Rynek Glowny, the 70 metre Gothic Town Hall Tower is exceedingly special because it is the city’s answer to the Leaning Tower, one of the most popular wonders of the world. Owing to a slight tilt caused by inclement weather, the Town Hall Tower tends to lean just a tad bit. What was once home to the city prison and an elaborate torture chamber, the Town Hall Tower now has an impressive 16th Century mechanical clock along with a café and a theatre in the basement. The Town Hall was unfortunately dismantled in the 1800s and the tower is all that was left. The observation deck and the top floor of the Ratuszowa are open to visitors from May to October and the ticket comes for around 7PLN. The staircase however is exceedingly narrow and there are some 100 steps for one to climb.

HotelsMap
The Church Of The Assumption Of Our Lady or St. Mary’s Basilica is an 80 metre tall brick church standing tall and pretty adjacent to the Rynek Glowny. The crimson façade is essentially composed of two asymmetrical towers one of which is a watch tower and the other a bell tower. While the 13th Century Tartar raids left it in ruins, it was rebuilt in Gothic style to look like the iconic structure that it is today. The southeast entrance is open for tourists and it is illuminated courtesy of breath-taking stained glass windows. The blue starred ceiling of the nave and the intricately carved wooden altarpiece are the most striking aspects of the interior. Designed by Veit Stoss, the beautiful altarpiece represents the assumption of the Virgin surrounded by the Apostles and is an extremely important piece of medieval art. 13 metres high and 11 metres wide, it is also the largest. Tourists are expected to pay 6PLN for the side entrance and 5PLN for ascending the tower for arresting views of Krakow. The church is open from 11:30am to 6pm Mondays through Saturdays and on Sundays, it is open from 2pm till 6pm. The timings for the watch tower with its gilded ball and stunning spire may differ.

HotelsMap
Krakow’s Cloth Hall was a shopping mall way before the idea of malls even existed. This Renaissance structure, dominating most of Rynek Glowny, is one of the most conspicuous places in Krakow and is loved by both locals and tourists. While today, the many shops on the ground floor majorly sell souvenirs and crafts, this place used to be a hub of textile trade in the 14th century and the 15th century saw the flush of exotic imports. The level upstairs is dedicated to a rich exhibition on 19th Century Polish art. Walk around the arcade and you can then enter the Rynek Underground through its northern end. The Underground is a permanent exhibition and a treasure chest of information about Krakow’s history. There are tools, coins, clay figures and medallions from the medieval ages and documentary films and holograms enrich the experience of peeking into the past. You have to pay 13PLN to get into the Rynek Underground and it is open from 10am till 8pm from Wednesday to Monday. On Tuesdays, it is open till 4pm.

HotelsMap
Perhaps the most important national haven in Poland, the Wawel Cathedral has witnessed the coronation of a line of Polish monarchs and has also been the cradle of their tombs. This gothic, Roman Catholics church houses artefacts of absolute historical and cultural significance. With its silver coffins and crypts, murals and stained glass windows, the Wawel Cathedral is fascinating. The most mesmerizing of them all are the animal bones on the iron doors that are believed to have magical powers. Additionally the Sigismund Chapel on the inside is supposed to be the most beautiful Renaissance Chapel north of the Alps. For those interested, there is also a Wawel Cathedral Museum. Before exiting Wawel Hill, make sure you also visit the Dragon’s Den (a cave that is some 130 steps below) and the Thieves’ Tower for rather hackneyed tales of Wawel’s fabled dragon and brilliant views over the Vistula River. Shelling out 12PLN grants you entry into the Wawel Cathedral along with the tombs and the Sigismund Bell Tower with its 11 tonne bell. You could rent English audio guides for 7PLN if in case you are looking for a detailed tour. It is open from 9am to 5pm, Monday through Saturday. On Sundays, it opens at 9:30am. You would have to pay an additional 3PLN for the Dragon’s Den. Tickets for the Cathedral are available from opposite the main gate and for the Dragon’s Den, a coin-operated machine is located right outside the entrance of the cave.
SPONSORED
Want to book a similar trip?
I accept the Terms of Use and Privacy Policy of Tripoto.
SPONSORED
Related to this article
Things to Do in Poland,Places to Stay in Poland,Places to Visit in Poland,Poland Travel Guide,Places to Visit in Krakow,Weekend Getaways from Krakow,Places to Stay in Krakow,Things to Do in Krakow,Krakow Travel Guide,Things to Do in Poland,Places to Stay in Poland,Places to Visit in Poland,Poland Travel Guide,
Tagged:
#Kraków#małopolskie#Poland#Krakow#Poland#Cracow#history & architecture#city travels#shopping#shopping