Why You Can Easily Spend A Week Sightseeing In Delhi

Why you can easily spend a week sightseeing in Delhi 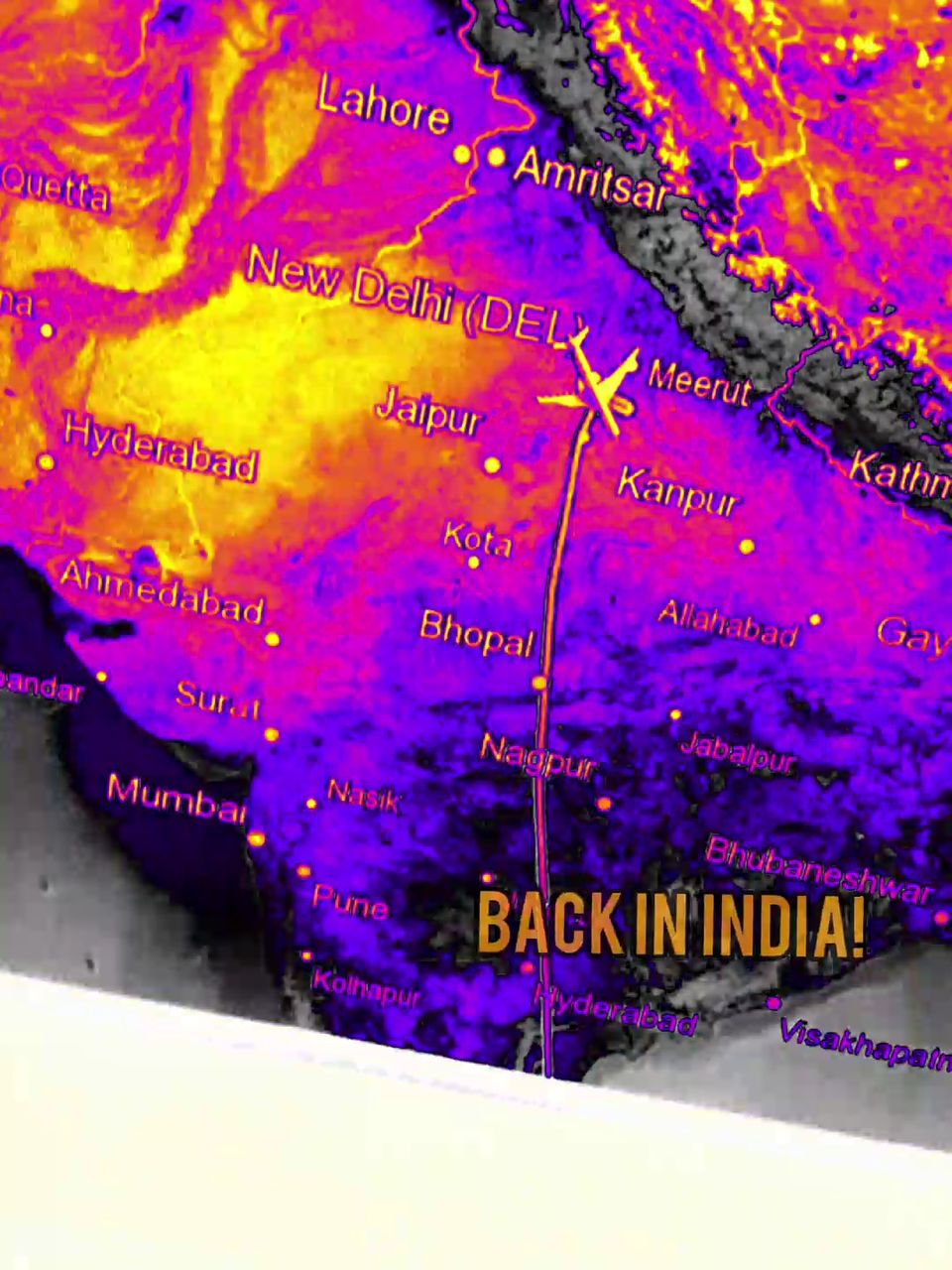 ♡ Back in India! After a month in Sri Lanka, we arrived in Delhi. Just for a short visit, we thought. But we ended up spending more than a week in the cold, but inviting city. More than enough to see and do!

♡ Like most travelers, we went straight from the airport to Paharganj, the tourist district in New Delhi.

This crowded area full of people - merchants, beggars, other tourists e.g., animals, and tuktuks can be quite overwhelming, but since we did some reading into the city and neighborhood, we came prepared!

And after a few days we got the hang of finding our way in the small streets and narrow alleys full of shops, cafes, hotels and houses.

♡ We experienced for ourselves that surviving Paharganj’s jungle is not only possible, but fun as well! And despite the cold, chaos and crowdedness, after a few days for us it even started to feel a bit like home.

This museum was the residence of the former Prime Minister of India. Indira Gandhi moved into this house after her father Jawaharlal Nehru died in 1964.

🔅 She was the first woman Prime Minister of India and served in office for a period of 15 years. Her role was crucial in some landmark decisions for India.

The museum collection contains a large number of items on Mrs. Gandhi. From newspaper cuttings to her personal belongings, photo's, letters to her children and her diary.

🔅 A dramatic display includes Indira Gandhi’s bag, sandals and the blood stained saree she was wearing when she was assassinated by two of her bodyguards.

This happened in the garden of the proporty. In memory of that tragic event, the final few meters of her walk towards Akbar Road on 31st October, 1984, have been covered with crystal glass symbolizing a river in flow. 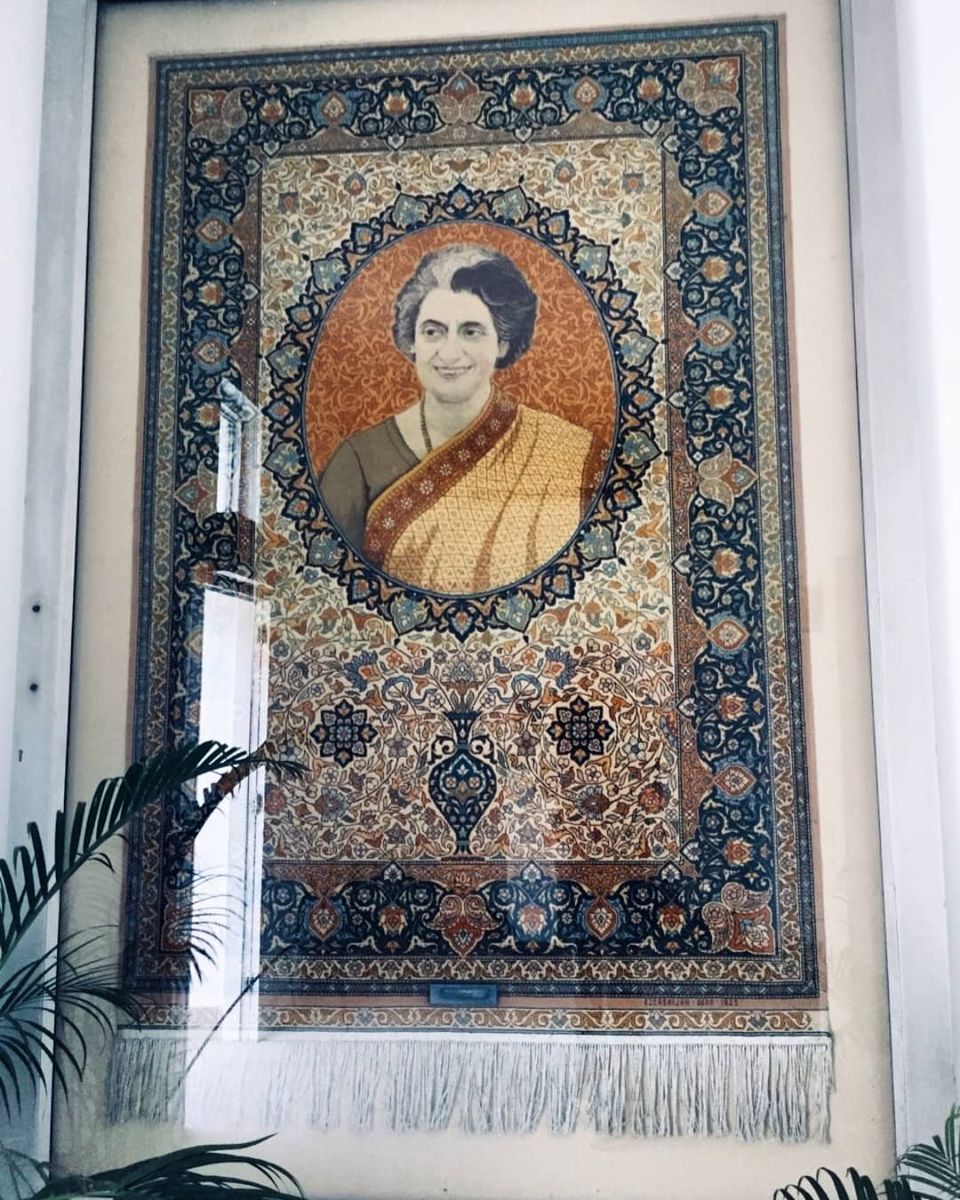 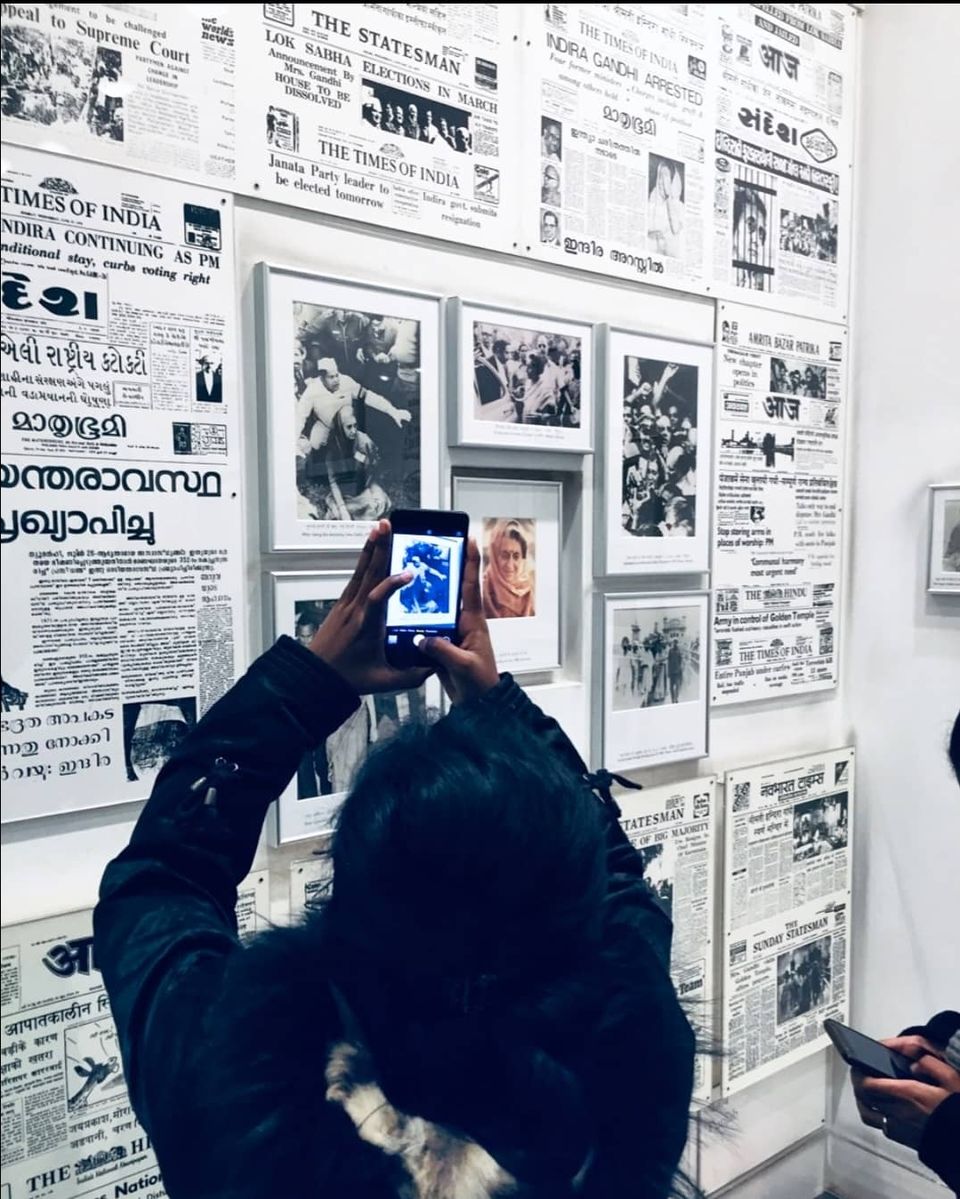 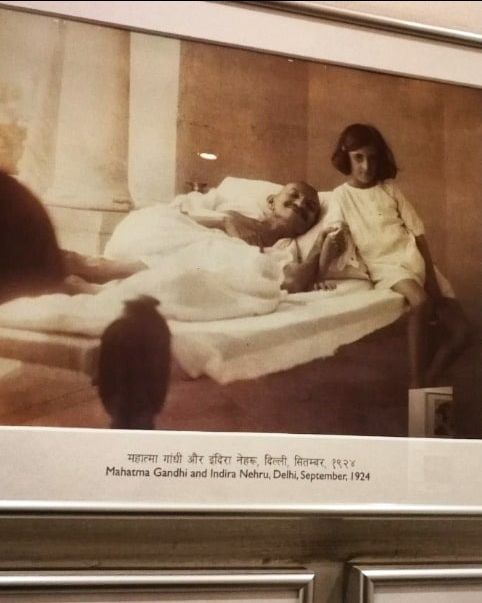 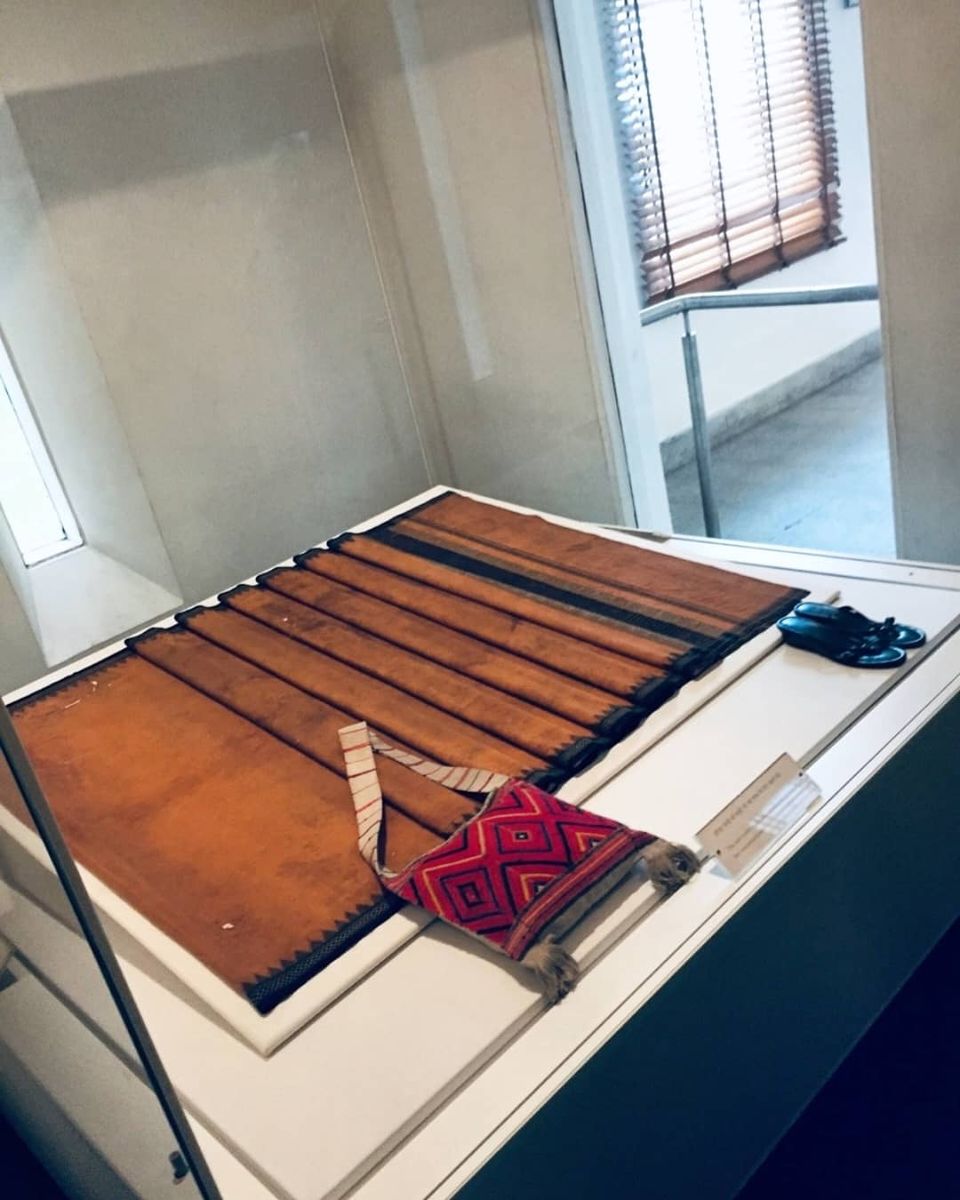 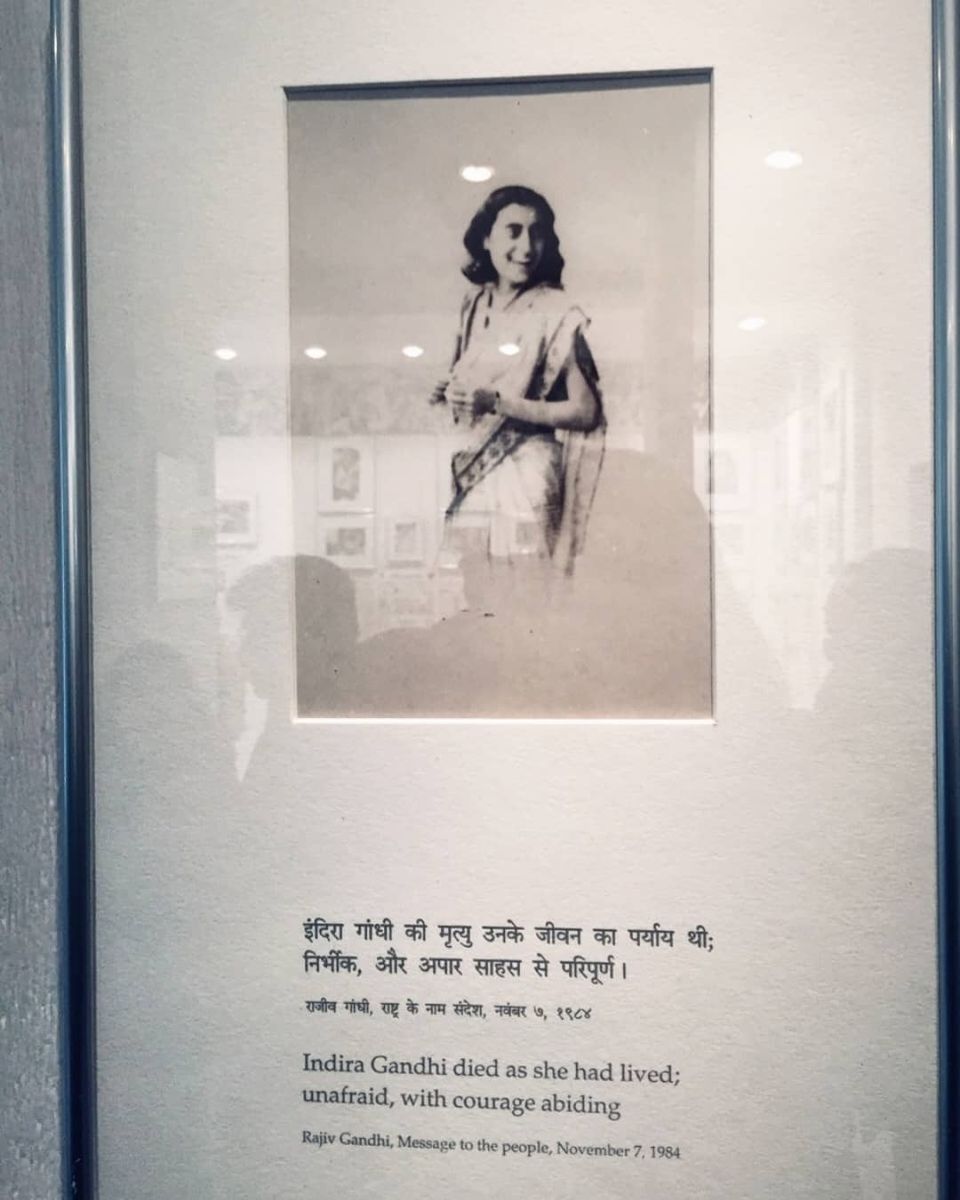 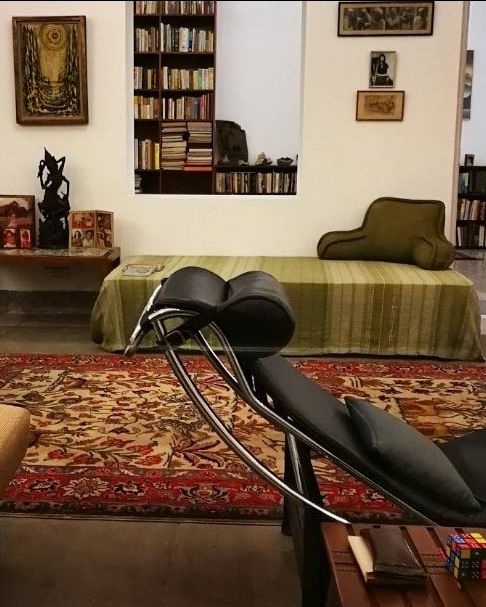 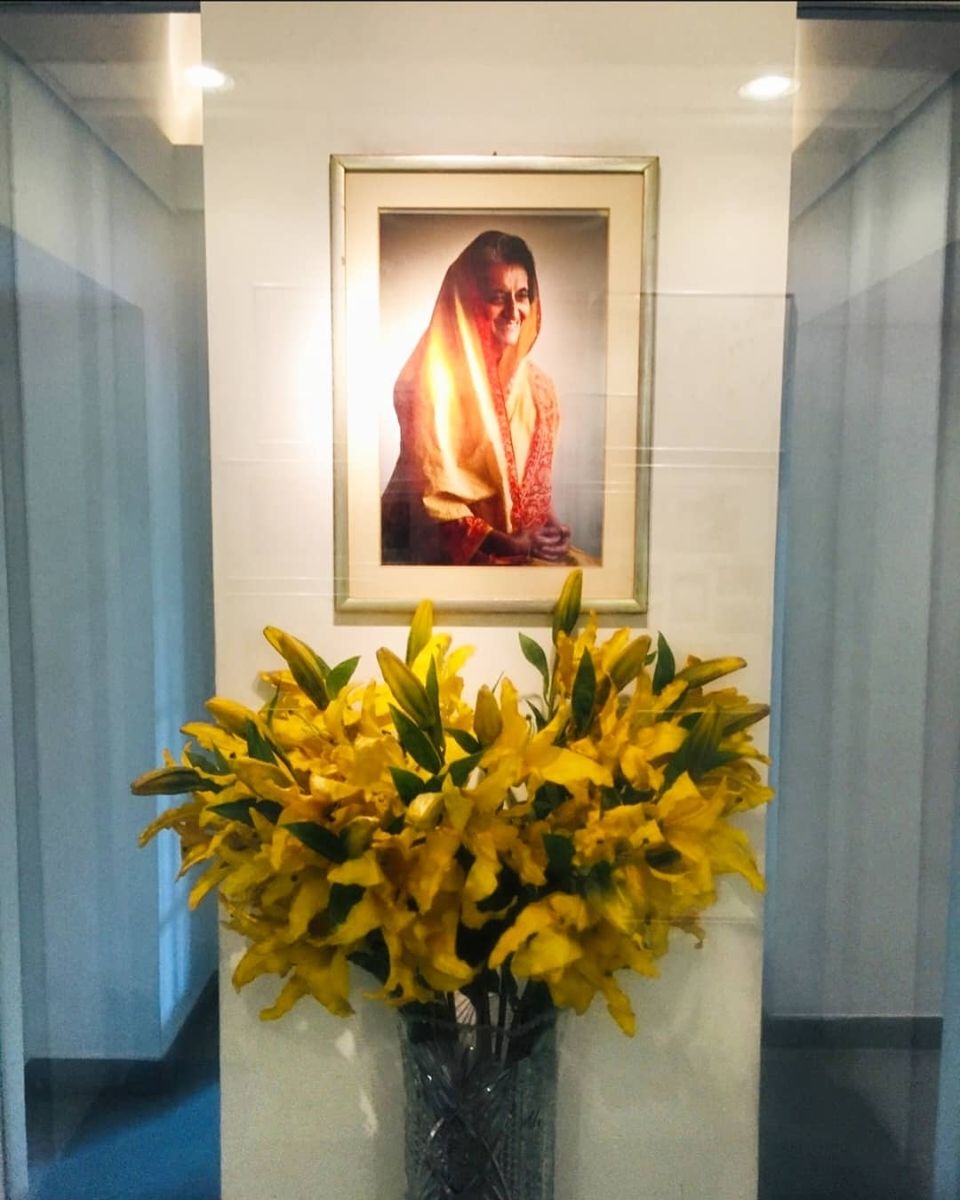 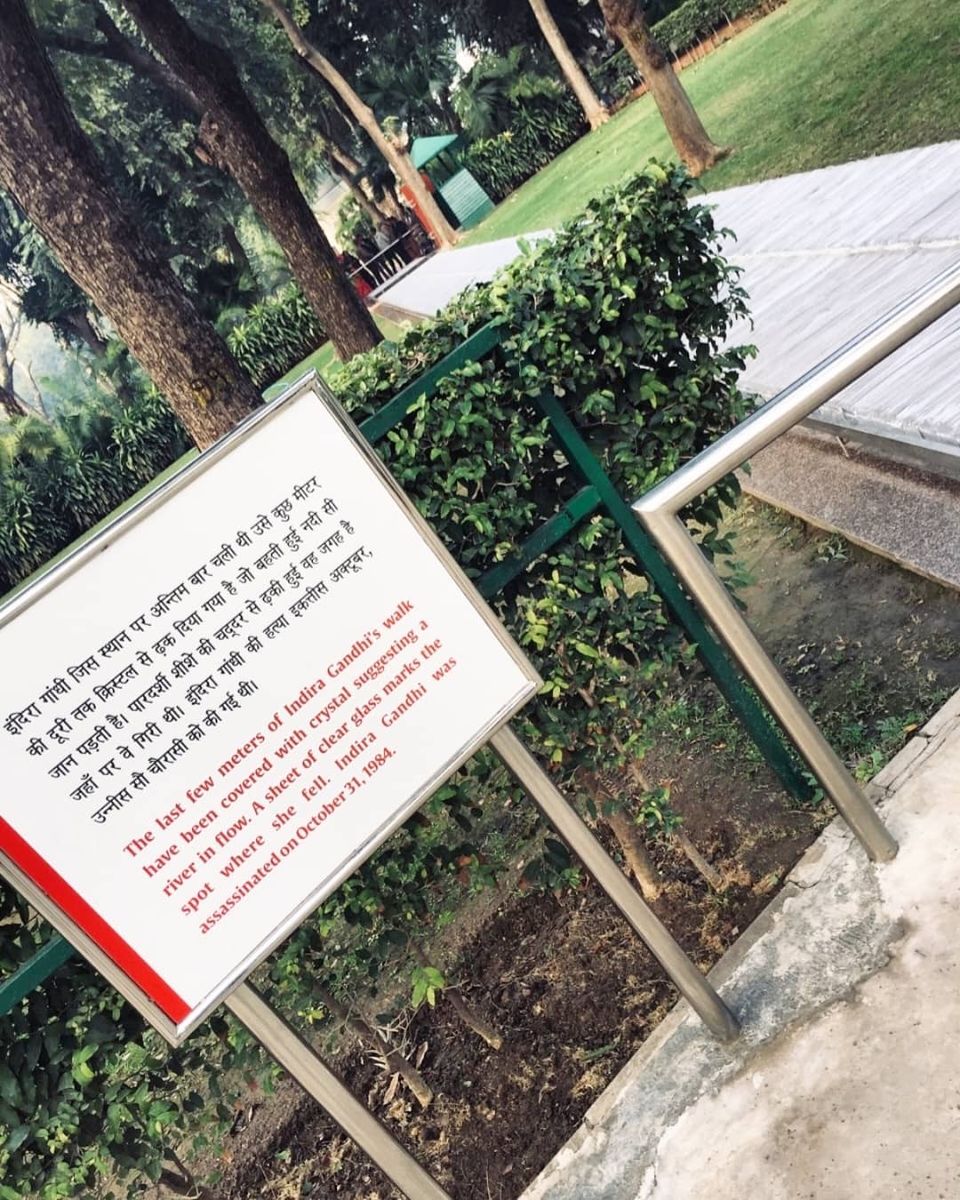 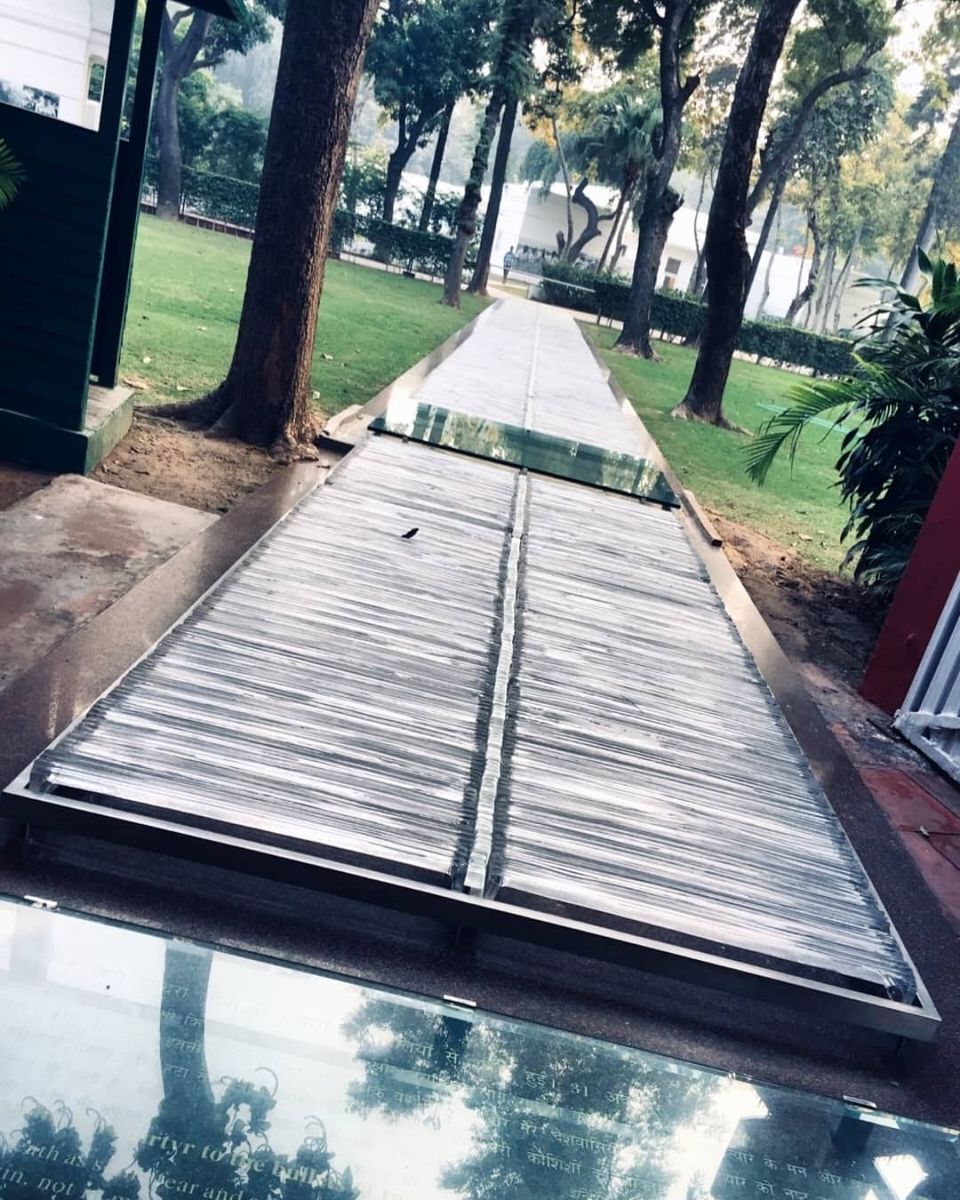 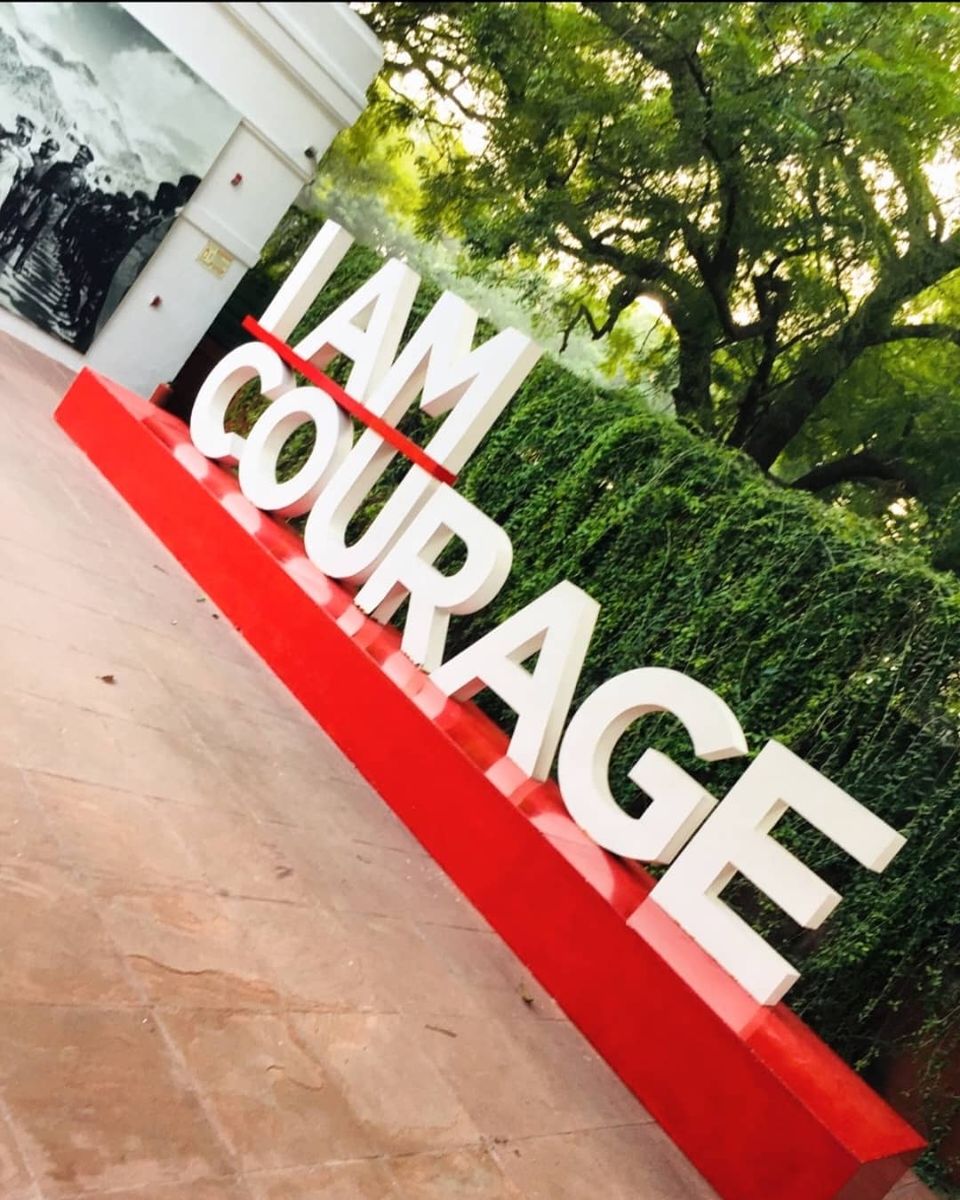 From the quite overwhelming crowds and busyness of Paharganj, we went into the calm & serene of these beautiful gardens in the south of Delhi.

There are some mausoleums and other buildings from the 15th and 16th centuries, which were built by the Lodis. They ruled parts of northern India and Punjab and a province of modern-day Pakistan (from 1451 to 1526).

🌴 The gardens in between the mausoleums were commissioned in the colonial period by a British general and named 𝘓𝘢𝘥𝘺 𝘞𝘪𝘭𝘭𝘪𝘯𝘨𝘥𝘰𝘯 𝘗𝘢𝘳𝘬, after his wife.

In order to be able to create the gardens, two villages had to be destroyed. All to make his wife feel more at home..

🌴 Luckily the result is beautiful, well maintained (the site is now protected by the Archaeological Survey of India (ASI)), and a very popular spot for both 𝘋𝘦𝘭𝘩𝘪𝘪𝘵𝘦𝘴 and outsiders.

When we found out that there's a Hop on-hop off service, we thought we might as well use that to explore the city, especially since it's so widespread.

First stop: the Red Fort, a historic site in Old Delhi that served as the main residence of the Mughal emperors.

🧱 Emperor Shah Jahan commissioned constructing the Fort in 1638, after deciding to shift his capital from Agra to Delhi.

Unfortunately for him, he could only enjoy the place for a short while: first the construction took 9 years and then, in 1658 his son imprisoned the emperor in their fort in Agra (where Shah Jahan died 8 years later).

🧱 The Lal Qila or Red Fort owes its name to the red sandstone (coming from Agra), from which it was built.

The painting - originally red and white - sprung from the mind of architect Ustad Ahmad Lahori, who also constructed the Taj Mahal.

🧱 The construction of the fortress shows the impressive building skills and Mughal architecture back in the days.

And with all the palaces, bazaars and mosques inside, the fort equals a complete city within the city of Delhi.

🧱 The Indian War Memorial Museum inside the fort gives you a lot of information and a good impression of the struggle for freedom of the nation over the centuries.

The bus tour we took ended up little successful: because of the immense size of the fort, you need at least a few hours to explore.

But when you consider going to Delhi, we still recommend you to do the hop on-hop off: with the two day ticket you can really make it your money worth (seeing at least 4 or 5 other highlights). Or go cycling! If it's a bit less cold.. ❄

Before coming to India, we only knew - parts of - Gandhi's incredible life story from history classes back in the days.

But since we've been travelling in India for over a year now, our fascination ofcourse grew and we got to know more and more about this 𝘍𝘢𝘵𝘩𝘦𝘳 𝘰𝘧 𝘵𝘩𝘦 𝘐𝘯𝘥𝘪𝘢𝘯 𝘕𝘢𝘵𝘪𝘰𝘯 and his message of love, truth and non-violence.

▫️Gandhi, the Indian lawyer, anti-colonial nationalist, and political ethicist, "employed non-violent resistance to lead the successful campaign for India's independence from British rule. And because of that, inspired movements for civil rights and freedom across the world." Wikipedia says.

▫️The honorific title Mahatma - "great-souled" in Sanskrit, - he first received in 1914 in South Africa and has been used all over the world ever since.

▫️ India houses a number of Gandhi Museums, where an amazing archive of Gandhis writings, his philosophy and teachings and even his belongings are being preserved.

In December 2019 we got the chance to visit the Gandhi Smriti or Remembrance (formerly known as Birla House).

▫️At this location Gandhi spent the last 144 days of his life. You'll find an exhibition on the Mahatma, and you can visit the room where he lived in. with his last worldly remainings in it.

The Smriti is also the prayer ground where Gandhi was assassinated on the 30th of January 1948, and fell a martyr "with God’s name on his lips".

In 1996 the Reserve Bank of India (RBI) issued the Gandhi Series of banknotes. Since that year you can not only find the Red Fort on Indian banknotes, but also the portrait of Mahatma Gandhi.💸🤍

After the Red Fort, we decided to visit the Jama Masjid ('Friday Mosque', since this is the most important day for prayer). This religious place counts as the biggest mosque of India, with 65 by 35 meters and a courtyard that can fit up to 25.000 people.

Emperor Shah Jahan, the initiator behind the Red Fort, also commissioned the construction of this mosque. The costs where tremendous at that time: around one million rupees (around 11.000 Euros).

Both muslims and non-muslims are welcome at the complex, appropriately covered up (that explains the new, brown dress 😉) and not wearing shoes. In the summer the floor gets so hot, you can hardly walk around and the courtyard has to be covered with carpets.

The mosque has three big gates and two 40 metres high minarets built from strips of red sandstone and white marble (like the Red Fort). You can climb the 130 steps of these minarets, but the ladies only 'under the escord of their responsible, male family members'. We skipped that part.

Another interesting aspect: the current imams of the mosque are direct descendents from the first imam appointed by Shah Jahan.