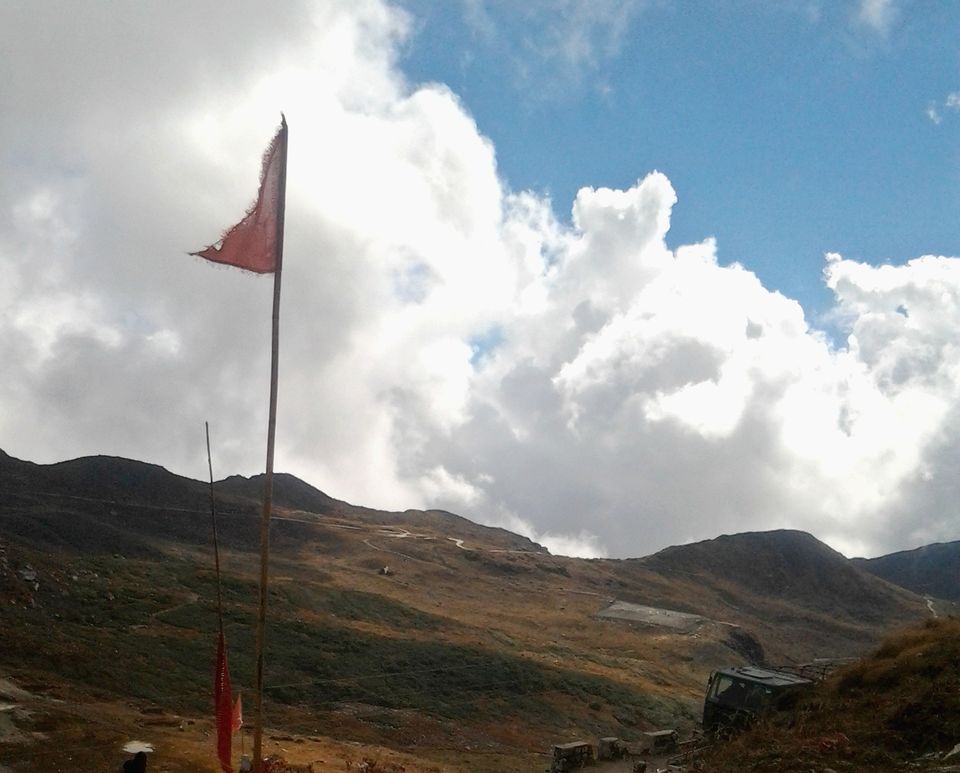 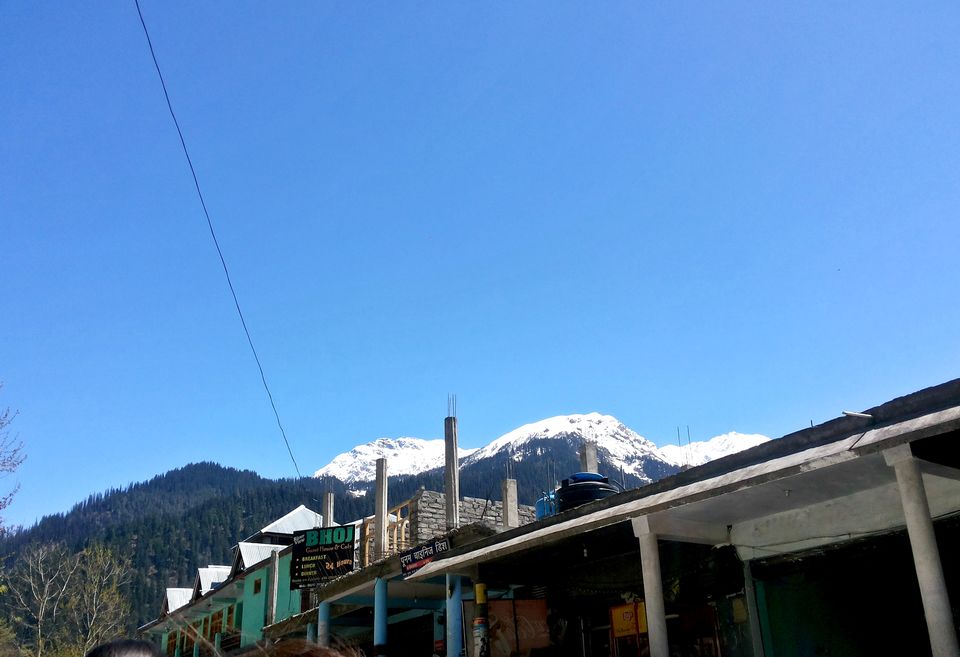 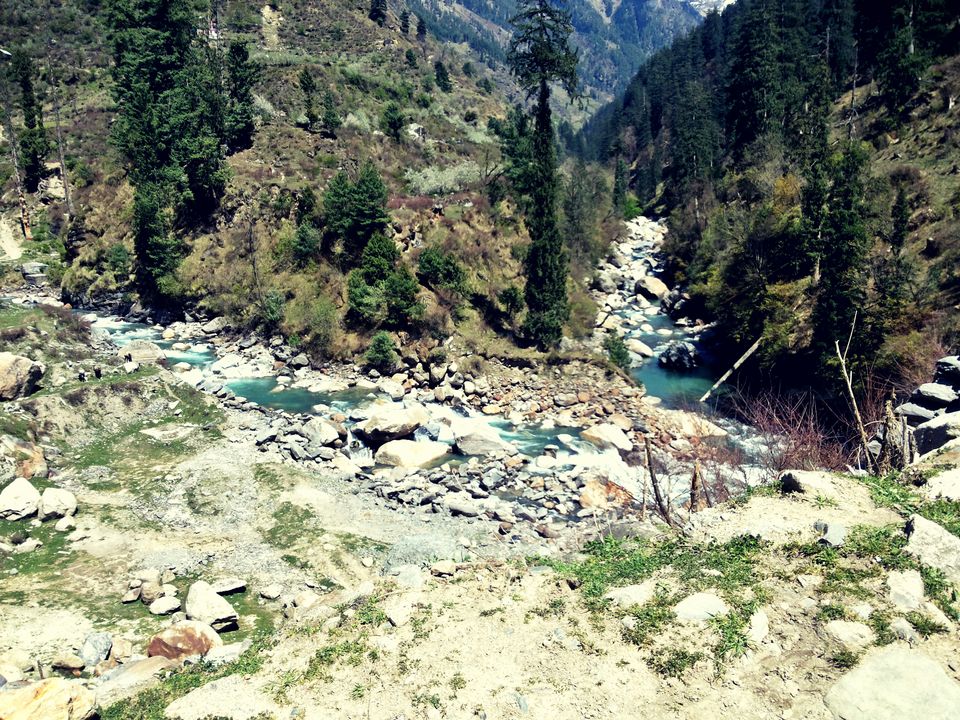 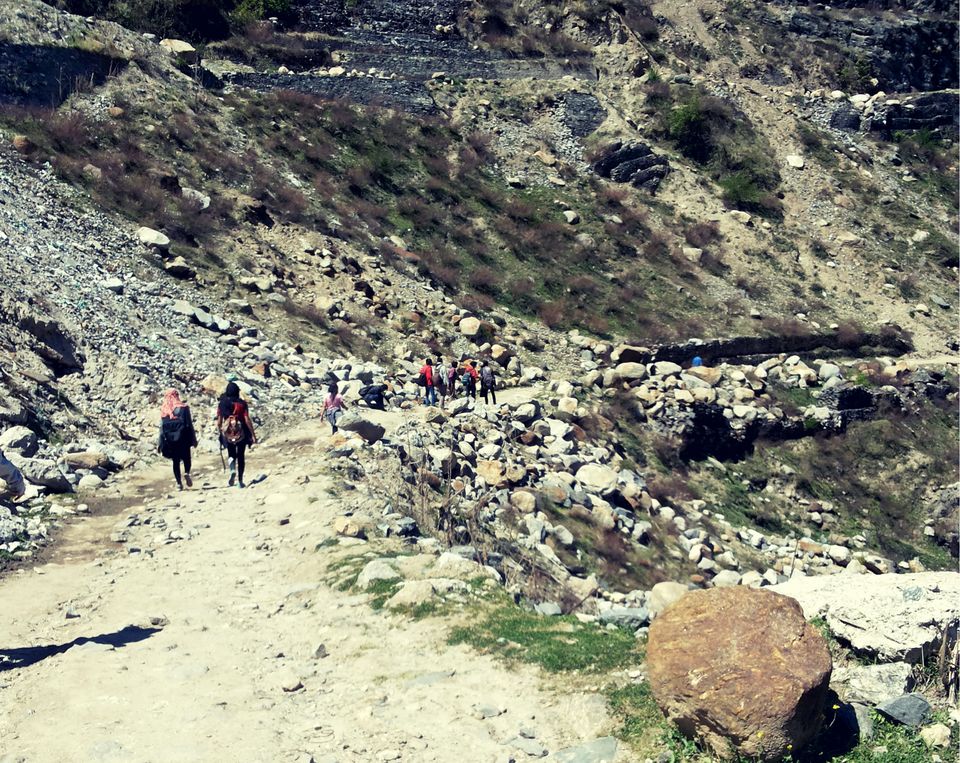 After 3 and a half hour of journey we reached Ransoo and started the trek right after it. It is a short trek of 3.5 km with beautiful  hillocks and majestic streams of water.The way is easy you just have to follow the river.Wear comfy clothes it’s not cold until you reach  the top.The path is not tough but tiring! In between we passed through small villages and a temple where the priest offered us their famous”mishri prasad”.

After almost an hour we reached our destination-The Shivkhori cave.  NO CAMERAS ARE ALLOWED INSIDE,a board stated that.
There are two ways to go the cave first one is long and the other one is the short one.TAKE THE LONG ONE,you’ll never regret it.We entered the cave and found out what all the buzz was about.One cannot believe its natural cave.we struggled our way to reach inside.

It’s a snaky cave ,sometimes the width of the cave decreases to half meters, sometimes it becomes too narrow,there are natural stairs too,sometimes we literally had to crawl.The whole path a bit dangerous and too much adventure.It takes your breath away.Each step a death toll (surely exaggerated). But what we felt there is extraordinary.

It’s like you are going to explore some sort of mystery and you don’t want to stop.It’s a hell of a journey almost of 150 mts  and then we reached inside . The people there will tell you about all the legends there. I won’t spoil the surprise. Coming out of the cave you won’t remain the same.The story about the discovery of the cave is not in records, There is only local myths about it.

We came out of the cave after exploring as much as we can, it took almost half time to come back to the town.the same bus took us back to Katra . We had our tickets on the same day so we make our way fast to the railway station and boarded the train. After so much of everything we just slept our remaining way.

I didn’t get any answers there, just one thing. CLOSE YOUR EYES AND IT’S ALL MAGIC!

SPONSORED
Want to book a similar trip?
I accept the Terms of Use and Privacy Policy of Tripoto.
SPONSORED
Related to this article
Ransoo Travel Guide,Weekend Getaways from Ransoo,Things to Do in Ransoo,
Tagged:
#Ransoo#Rajouri#Kotla#restaurant#dining