Nepal Travel GuideNepal TripsNepal: How I Underestimated The Country And How It Took E By Surprise

Nepal: How I Underestimated the Country and How it took e by Surprise 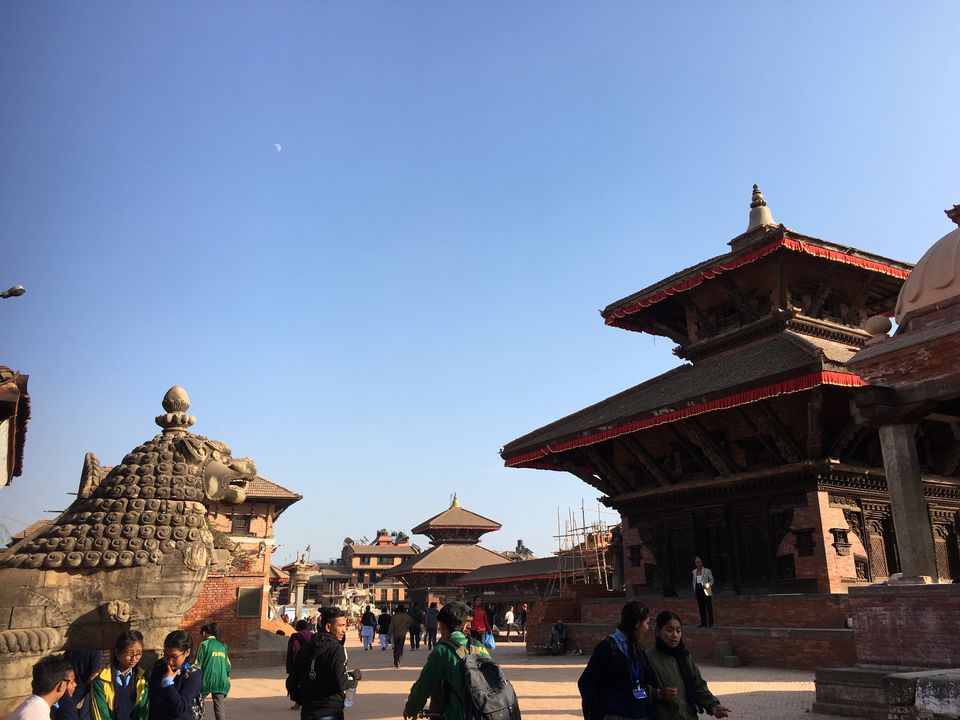 Kathmandu- the capital of Nepal. It is 10:30 am in the morning as I board the Sumo that would take us around the city today. The birthplace of Gautam Buddha and the abode of Lord Shiva, Nepal has a surreal blend of the Buddhist and Hindu cultures. Much of what got devastated in the 2015 earthquake, Nepal’s recovery from the aftermath has been unbelievably quick.

Living Through the Transition - Monarchy to a Democratic Republic 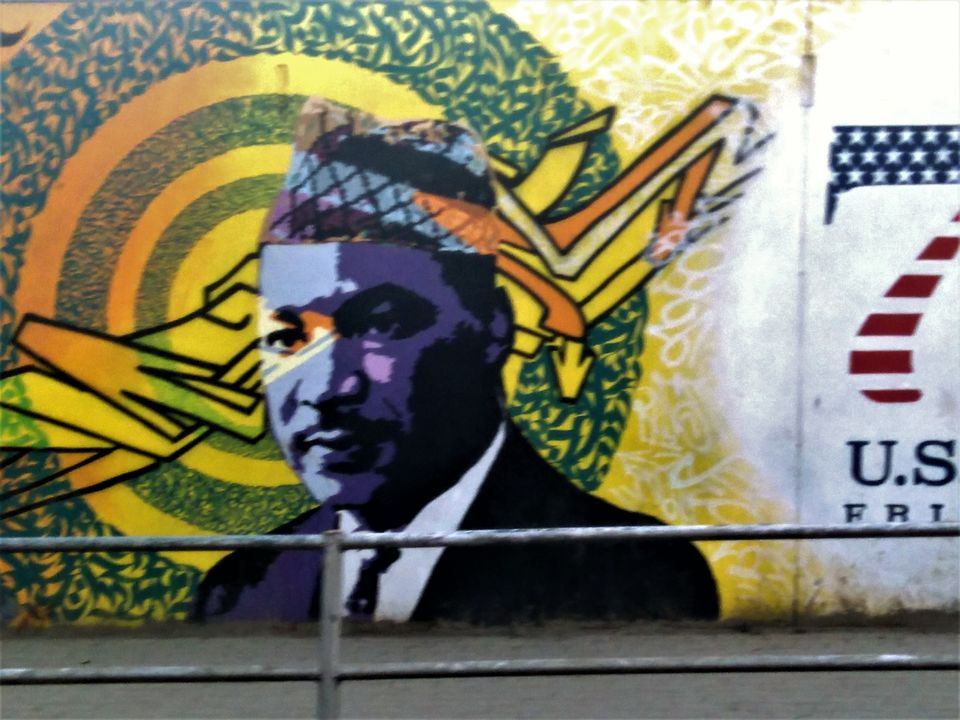 From more than two centuries of monarchy to the volatile transition of the present day republic, Nepal has been through ages of historic turmoil. The Shahs’ royal dynasty met a devastating end and the country established itself and formed a Federal Democratic Republic in the year 2008.

I got into conversation with the driver who told me that monarchy was better. He said, the monarchy ran the country well, until the royal family got so much consumed by power play that they conspired to put an end to each other. Time and again, such things remind us how fragile life’s moments are, and even too naive to be wasted trying to rule the world.

People in India who frown upon the taxation system would have to meet with the worst nightmares of their lives had they lived here. If you wish to buy a car here, you will pay 283% in taxes to the Government. So, a Nano car would cost you about 11 lacs in local currency, which means your dream car would cost almost half your life’s average savings! a price that the citizens here pay for an ironic transformation from monarchy to democracy.

Surviving the Aftermath of 2015 Earthquake 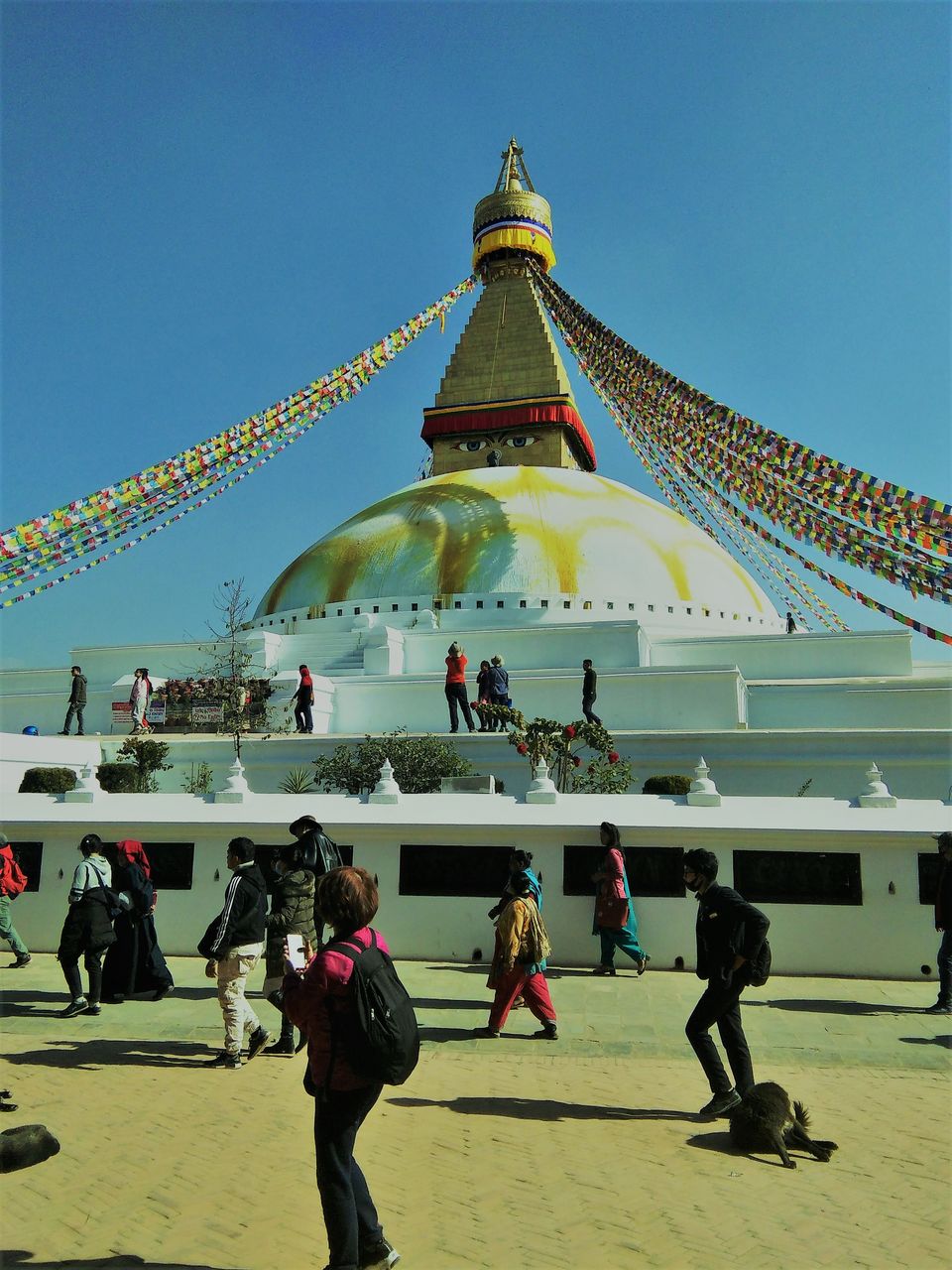 If all that not be all, the 2015 earthquake devastated the major spiritual monuments of the city, yet the city has been resilient. It was astonishing to see that within just two years, the city has reconstructed most of its monuments; especially the iconic Boudha Stupa, which is symbolic to the Shakyamani Buddha era, and towers about a 100 feet.

Most of the monuments of the country are still under reconstruction including the art city of Patan and Pashupatinath Temple. The people here have made exemplary efforts to restore their ancient legacy and pride. What is coming up as a part of the recreation process is an even better version of the past. For those who travel here post the aftermath, they will be seeing Nepal in new ways.

Driving through the No-Horn City 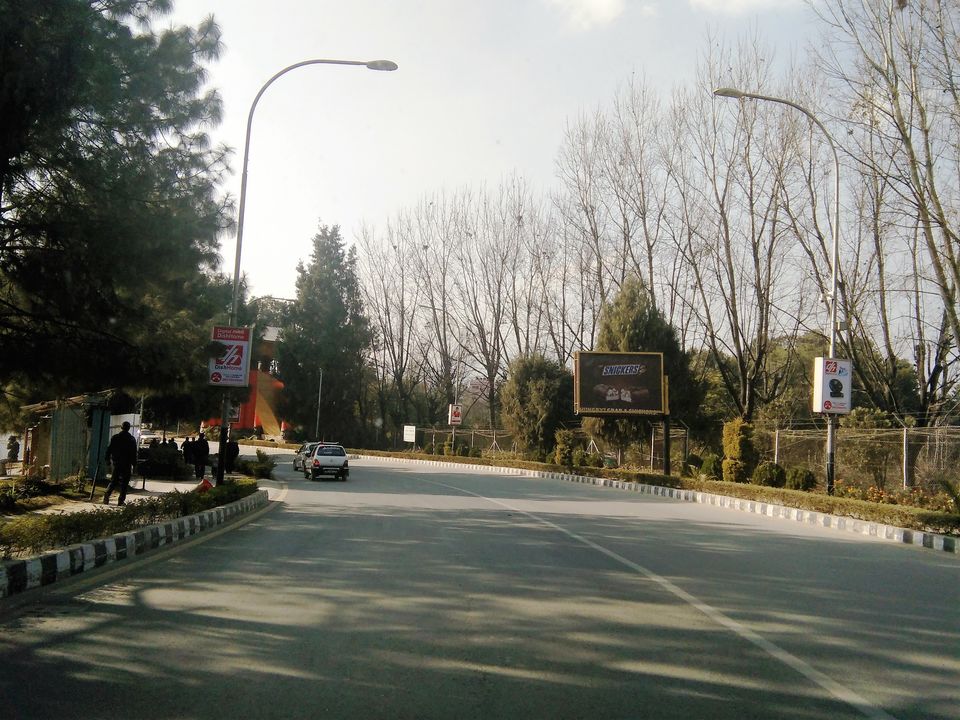 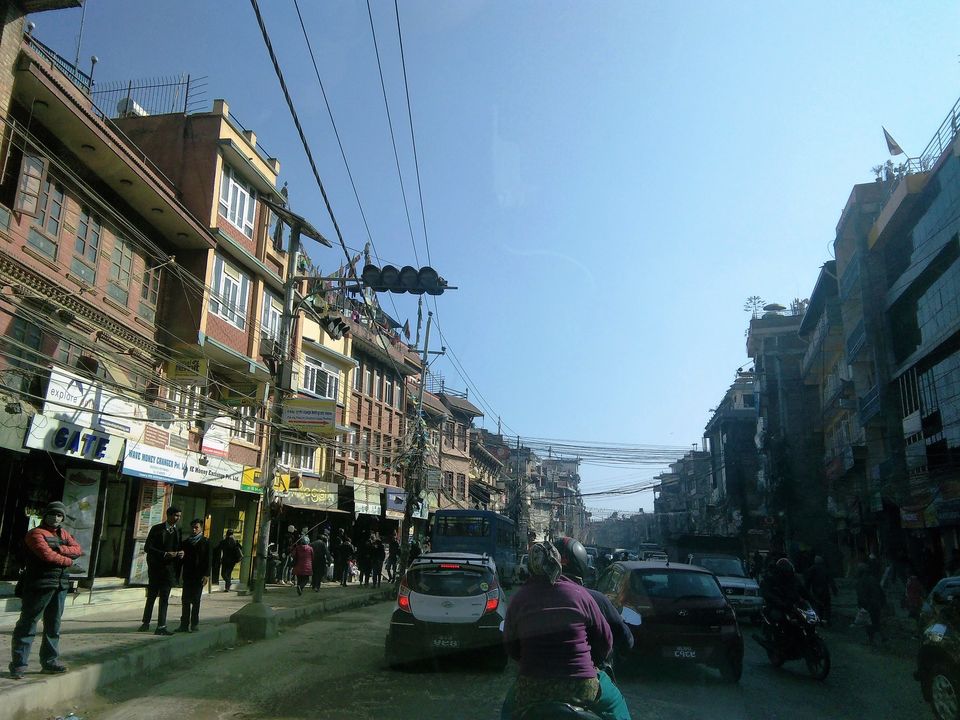 Kathmandu is like any other hill town in India – roads moving up and down, lots of curves, and streets full of traffic. Yet, one thing is surprisingly peculiar about the capital. The entire city is a ‘No Honk’ zone. It is not that there are no traffic jams here. They do exist here, and as our hotel manager Mr. Badri Aryal suggested, the right time to be on the road is either before 09:00 am or after 10:30 am, because the traffic is meager before and after these timings. A humble man, with a perky smile, he was constantly bothered about us from the day we landed at the airport. Every small thing was already taken care of, before we spoke of it. 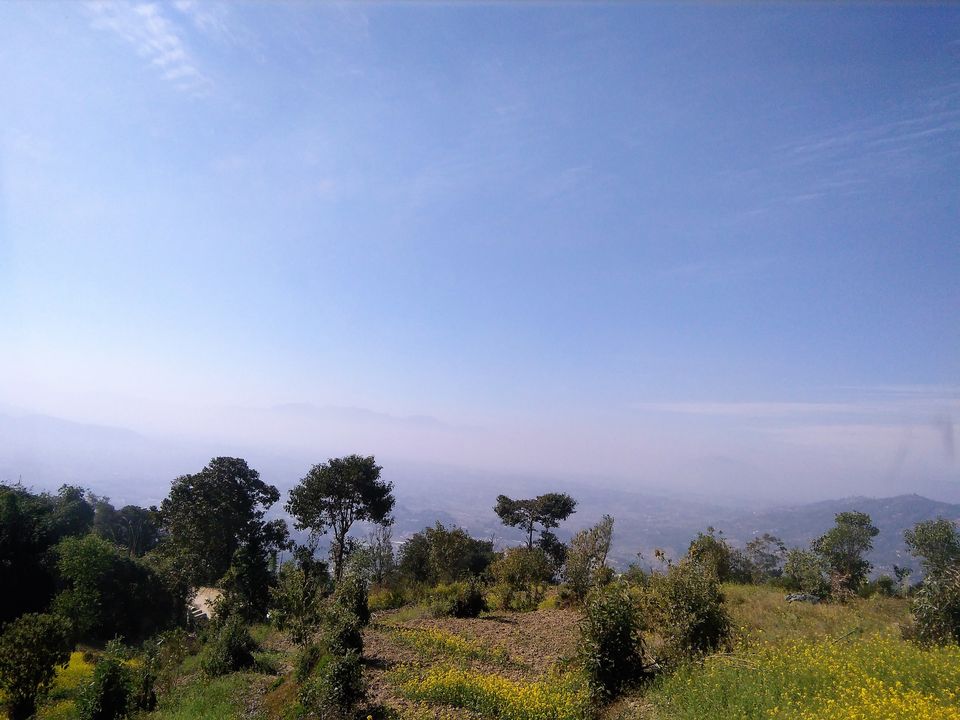 Avoiding the traffic is not possible all the time. The vehicles struggle to pass through the narrow lanes, sometimes queuing up several hundred meters; yet they move impeccably without honking, despite the impatience that prevails. However, the people here have developed an amazing sense of civic duty and responsibility. I thought that once I am out of the city limits, the rules may not apply, as would have usually happened back home, but no. Hiking up the Nagarkot hills, we saw no one for miles while driving uphill. At the curves, I requested the driver to blow the horn to alert other drivers, yet, he hardly used the vehicle horns. No one would have climbed that far to penalize him, but that’s what civic responsibility is all about – why should one always need policing to follow civic responsibilities? 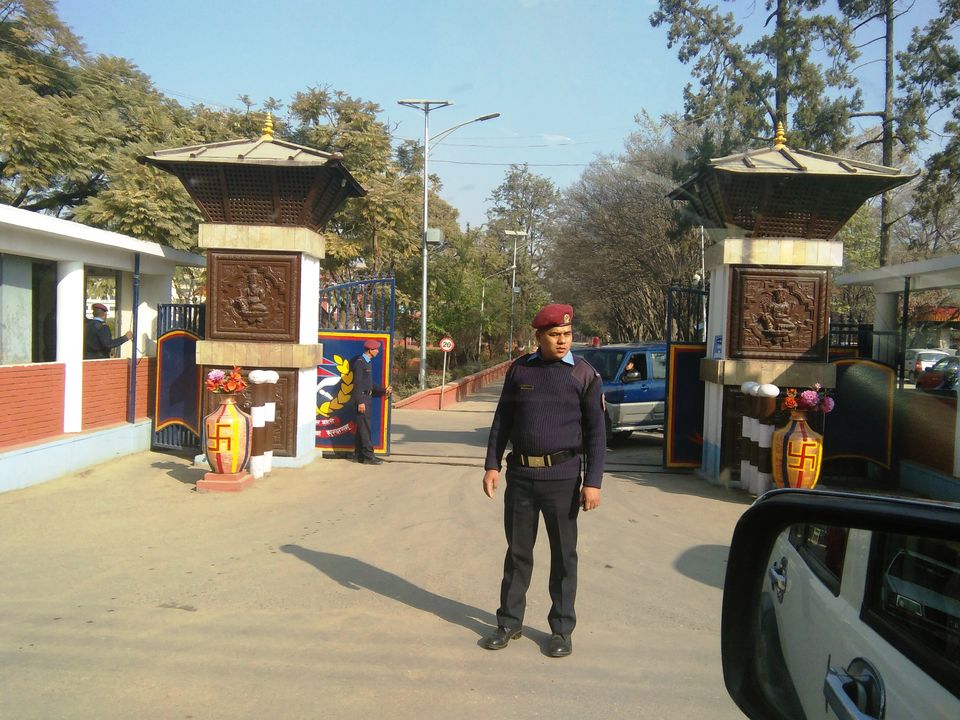 The valiant Gorkhas have been a part of the Indian Armed Forces from the erstwhile British era, and their valor and bravery is still praised by Brits and Indian forces alike. The Gorkhalis gave India the finest General this country could ever get – Field Marshal Sam Maneckshaw (proudly known as ‘Sam Bahadur’). With the Gorkhas, pride for the nation is always the first priority.

The Gorkhali Khukri never goes back to its scabbard without drawing blood; hence, it is never to be drawn out unless facing the enemy.

I got my share of honor unawares. I tend to be forgetful at times especially when I am carrying small bags. At the Boudha Stupa, I unknowingly left my bag near the stupa. I was about to leave the temple when I recollected there was something that was missing.

I went back to the temple as asked one of the Police staff here, who had already noticed and kept the bag with him. As a security check, he asked me few questions which made me realize that he would have frisked my bag, and known that I am an Ex-Serviceman. Bottomline, I got my bag back, intact, with no loss. That was something I had least expected on that day. I thanked him for the help, and he returned a perky smile as I left.

Living Through The Natural Challenges 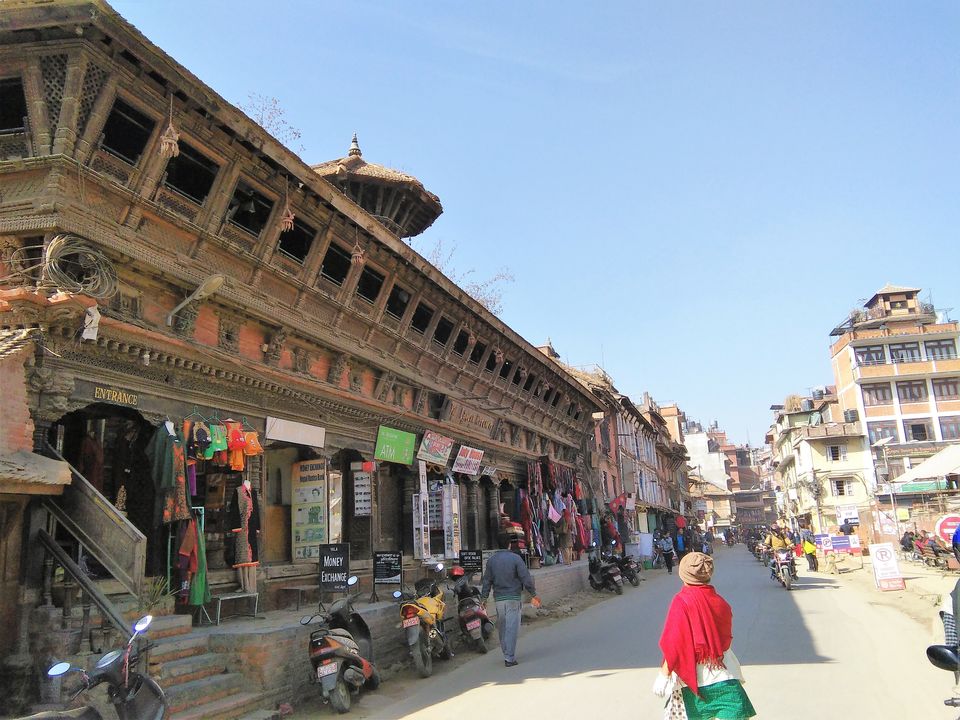 Life on the mountains is never easy. Some would admit by a weeks trip up there, but for me, it has been a long experience of more than three years. It is enough for a someone from the plains to handle in a lifetime. Apart from what you usually know of traveling to the mountains, the challenges are very many. Frequent memory loss, loss of weight, taste and appetite, isolation, limited survival resources and even limited opportunities – the sturdy people in the mountains live through it all. 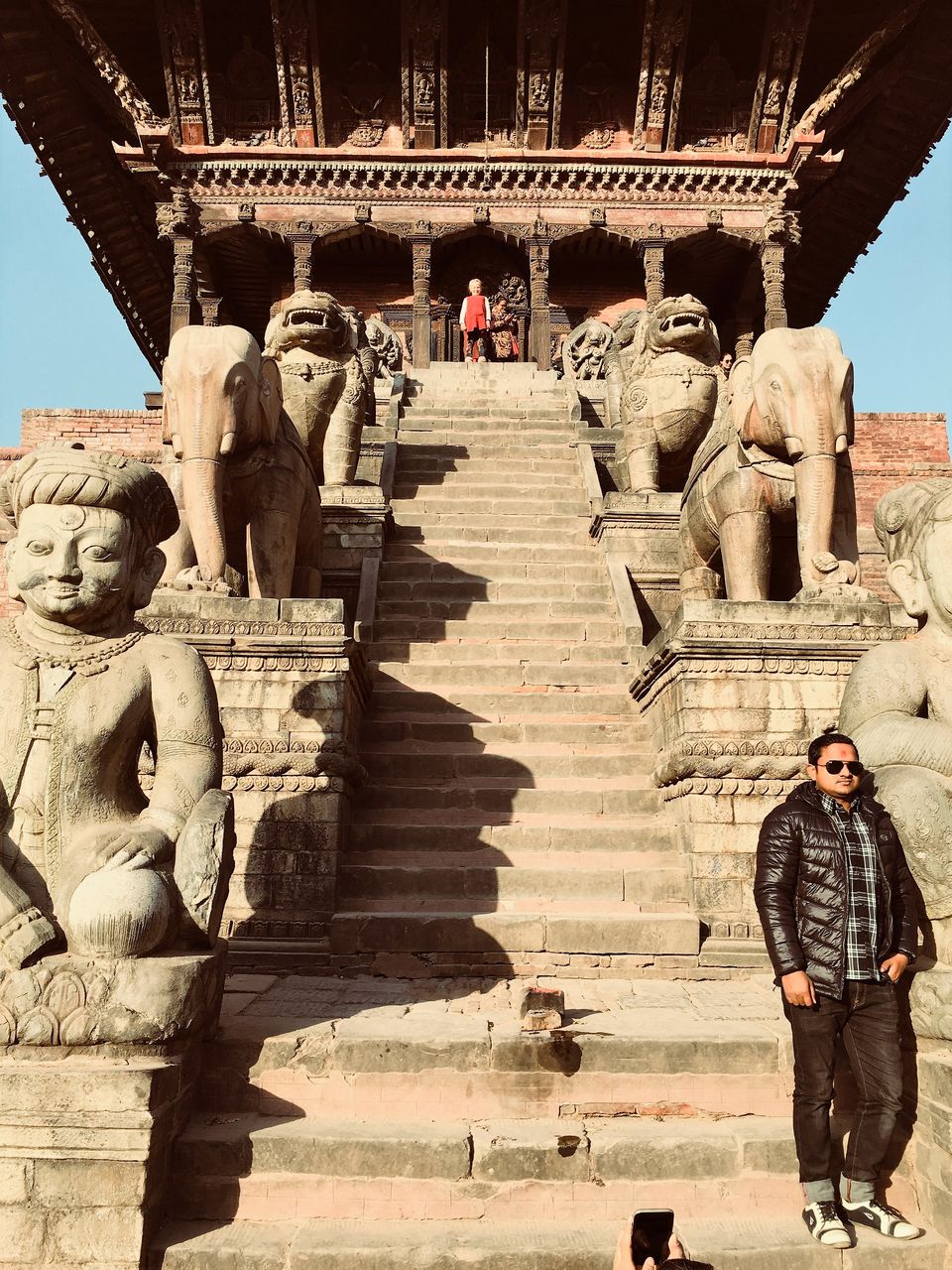 For Nepal, another challenge adds up to their list – the volatile tectonic plates. Nepal witnesses earthquake almost every 15-20 days; sometimes the vibrations are barely recognizable; on some other occasions, such as the one in 2015, it all went berserk, devastating almost everything this historic city had for its visitors to witness.

Yet, there is an amazing sense of inner peace here. People are still lively and ever smiling, ever helpful along the way. They have learnt to live in harmony with the nature. ‘Om Mani Padme Hum’ resonates in the air. It always forwards blessings and happiness for people here.