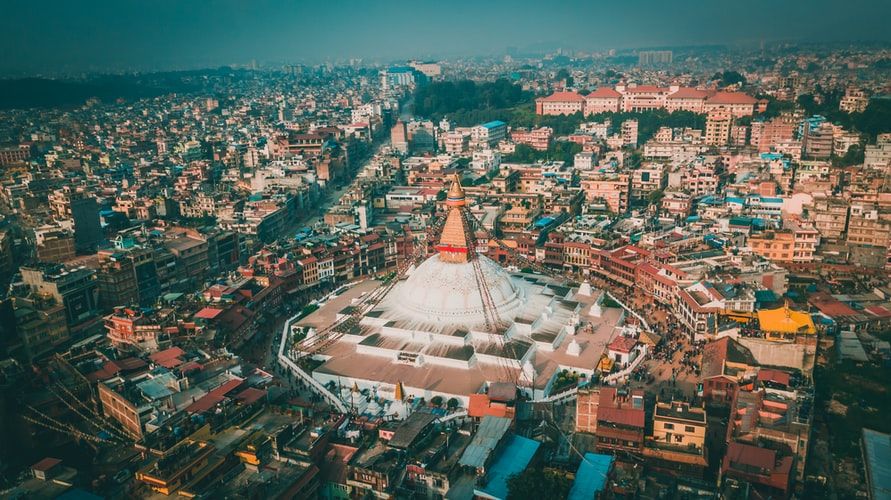 Kathmandu is the largest city and capital of the country, here is also the only international airport and is therefore the starting point for most of those who visit Nepal.

What to see In Kathmandu:-

With its numerous tourist attractions, the city of Kathmandu is simply a delight for backpackers. Indeed, the new visitor is spoilt with choices ranging from the squares, temples to historic districts scattered in and around the city. It's not hard to imagine why Thamel is popular among the travellers as "The Tourist's district". Here are the main tourist sites in and around Kathmandu. 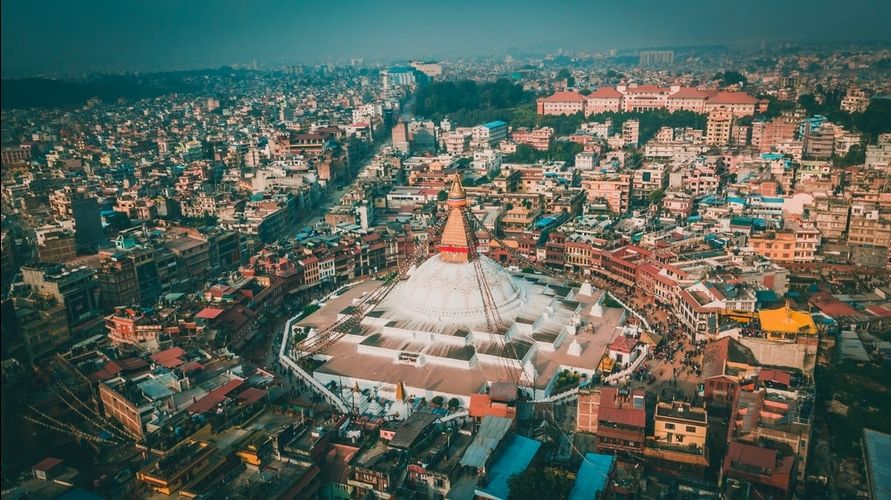 Undoubtedly, this is the most iconic square in Kathmandu, and more generally, in Nepal. It is a UNESCO Heritage site that contains numerous temples and palaces. Unfortunately, like most historical sites in this city, the buildings suffered serious damage during the 2015 earthquake and are still undergoing reconstruction. Despite that, they are definitely worth a visit.

One can easily reach the square on foot from Thamel. In the early morning, this place dons an ethereal look. Tourists and locals alike throng to the temples to offer pujas.

Entry for foreigners is expensive- 1000 NRPs. But, it is also possible to enter through the main gate with the crowd or through some secondary alley.
This temple, located on top of a hill overlooking Kathmandu, offers excellent views of the city and the entire valley. The main stupa with the Buddha's eyes and the golden spiral that extends towards the sky is truly fascinating, as are all the small temples surrounding it. 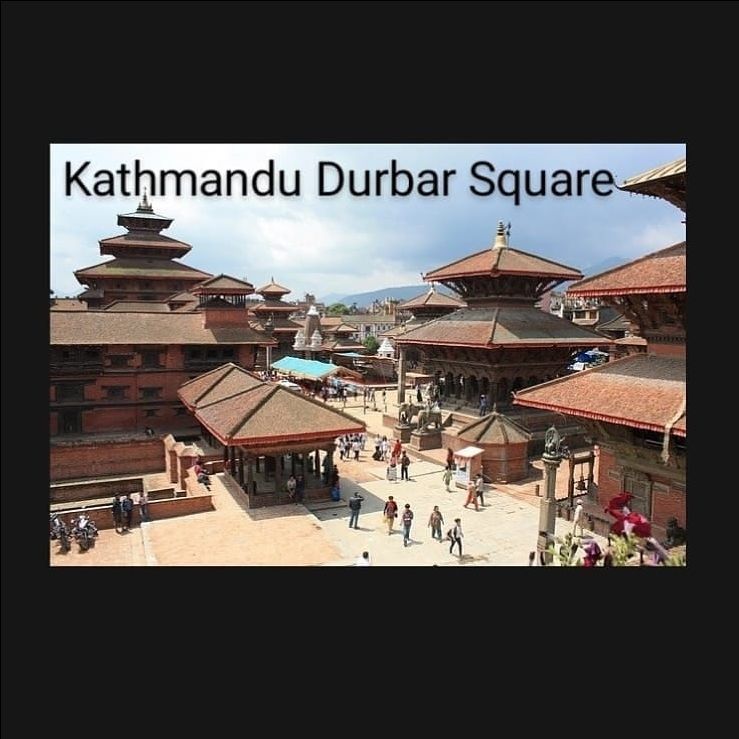 For some reason, unbeknownst to us, humans, monkeys love to throng to the temple every day. No wonder local people nicknamed it "The Monkey Temple". But, visitors, especially foreign tourists, often find it amusing to deal with these adorable creatures.

Don't forget to visit the lower part of the complex, which faces west. People told me that the entrance cost 200 NRP. However, having entered from a secondary staircase, I involuntarily avoided paying.

To reach here, you can walk from Thamel, which is only three kilometres. Or, better perhaps, you can take one of the many minibuses to "Swayambhu". The minibus fare is only 15 NRP. 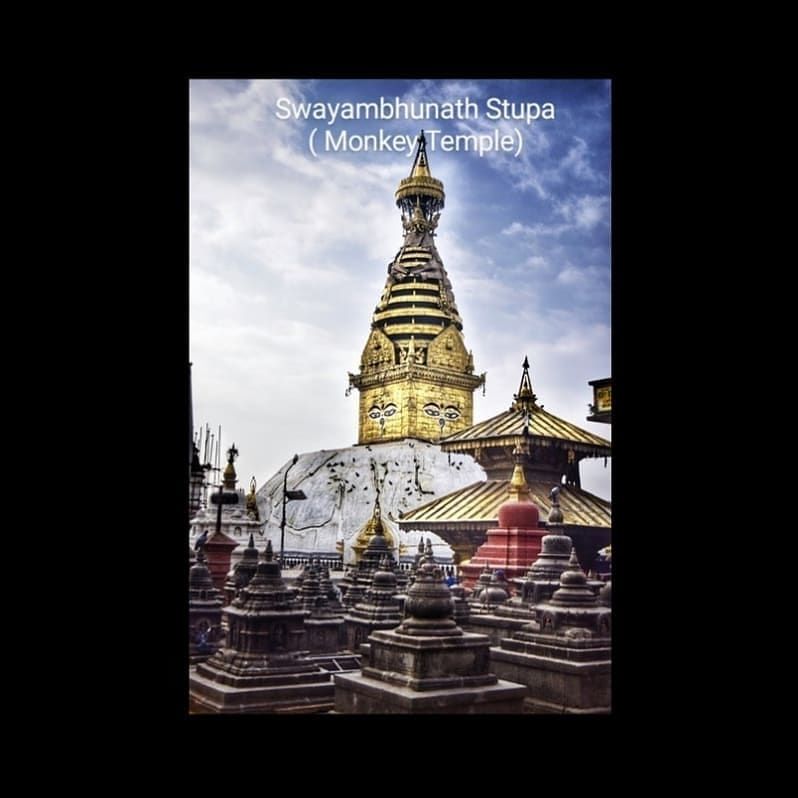 Patan is technically the oldest city in the entire Kathmandu Valley. To date, being only 5km from the centre of the capital, it affects the metropolitan area of ​​Kathmandu and distinguishing it from the rest of the city is almost impossible.

Patan retains a refined architecture made up of numerous historic buildings that culminate in one of the most beautiful squares in the whole country, Patan Durbar Square. The square bursts into life in the late afternoon when the locals use it as a meeting point.

The entry fee is 1000 NPR. But, like other spots, there are many secondary entrances.
To reach Patan from Thamel, take a minibus to Lagankhel. It will cost 15-20NPR. From there, the Durbar Square is just one kilometre. 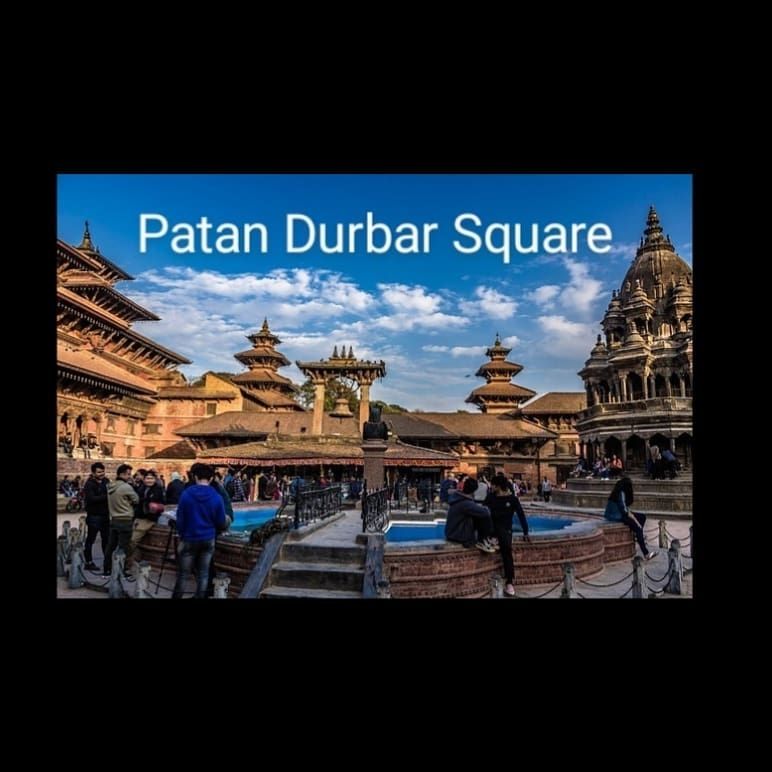 Rather than a temple, it is a Hindu temple complex. The main temple, dedicated to Shiva, is the largest in the country and revered by the locals as the most sacred. However, access to this sanctum is restricted to Hindus only, But anyone can walk around the rest of the large temple complex. e.

The entrance fee of 1000 NPR might sound too expensive, but once you enter inside, take a right and cross the river to explore the complex for free.

To reach the site from Thamel, you have to walk 4 kilometres. Public transport is also available to rest your weary legs. You can board the blue line at this point near Ratna Park for 20 rupees. Or you might hire a private taxi. 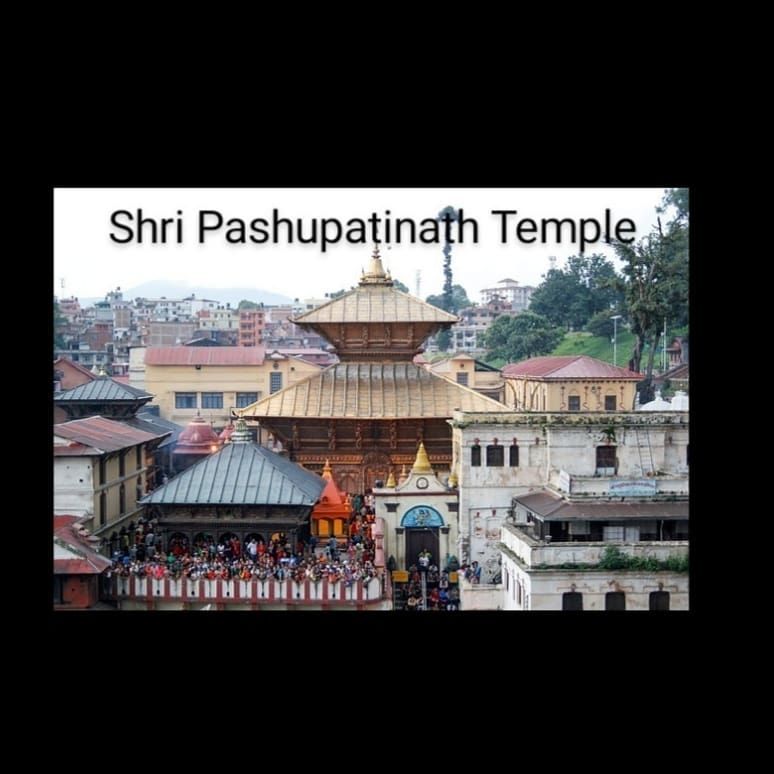 It is one of the largest stupas in the world. The stupa, standing tall in all its magisterial glory, is situated within a stunning circular square. This is undoubtedly one of the favourite sites, if not the most favourite site, in Kathmandu for tourists.

It is advisable to combine this with a short visit to the nearby Pashupatinath Temple. Here too, you can avoid paying the 400 NPR entrance if you avail yourself of any one of the numerous secondary entrances to the square.

To get back to Thamel , you can board one of the blue buses that run along the road in front of the main entrance to the stupa and drop you off near Ratna Park for 25 rupees. 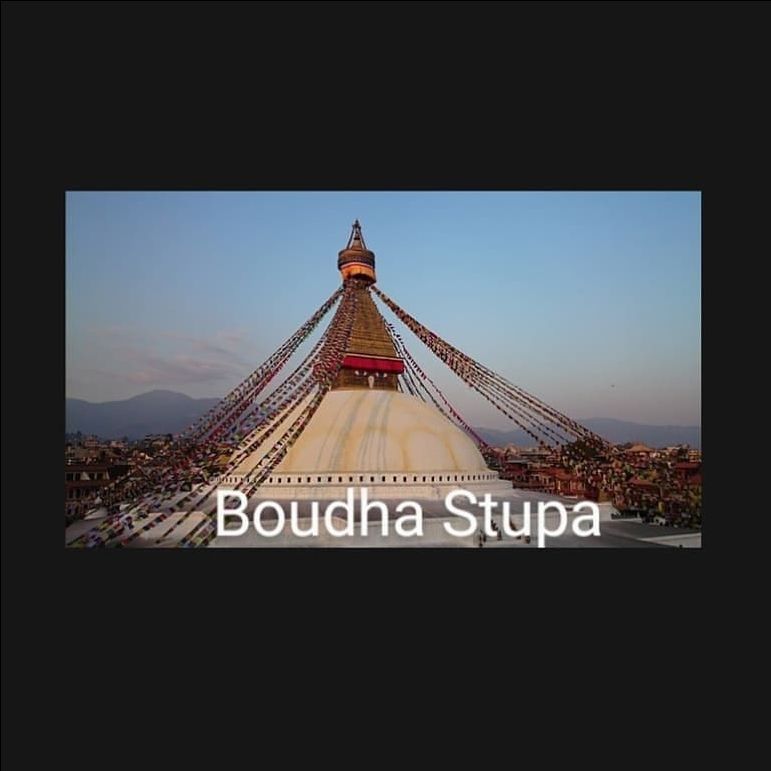 Kirtipur is definitely a much less popular destination than the ones mentioned so far, so much so that during my afternoon walking the streets of Kirtipur I didn't meet any other tourists.

The city is located just 5km from the center of Kathmandu, the old part is perched on top of a hill where traffic is practically absent and limited to a few scooters, all sites of interest are free to enter. It is a great way to get to know ancient Nepal, far from mass tourism but a stone's throw from the capital.

Half a day is more than enough to explore the city: the main sites of interest are the Tri Ratna temple, Dev Pukko (city center with the Queen's palace attached), the Bagh Bhairab temple and finally the Uma Maheshwor temple. Walking and getting lost in the streets of the ancient city is in itself really interesting and a great way to spend a couple of hours.

Finally, before returning to Kathmandu I strongly recommend eating at the Newa Lehana restaurant, where excellent traditional food is served and the quality is definitely excellent, so much so that many locals visit Kirtipur exclusively to eat here.

Reaching Kirtipur is really easy, buses leave frequently from Ratna Bus Park and take about 25 minutes to reach Naya Bazaar at the base of the ancient city, 20 rupees. 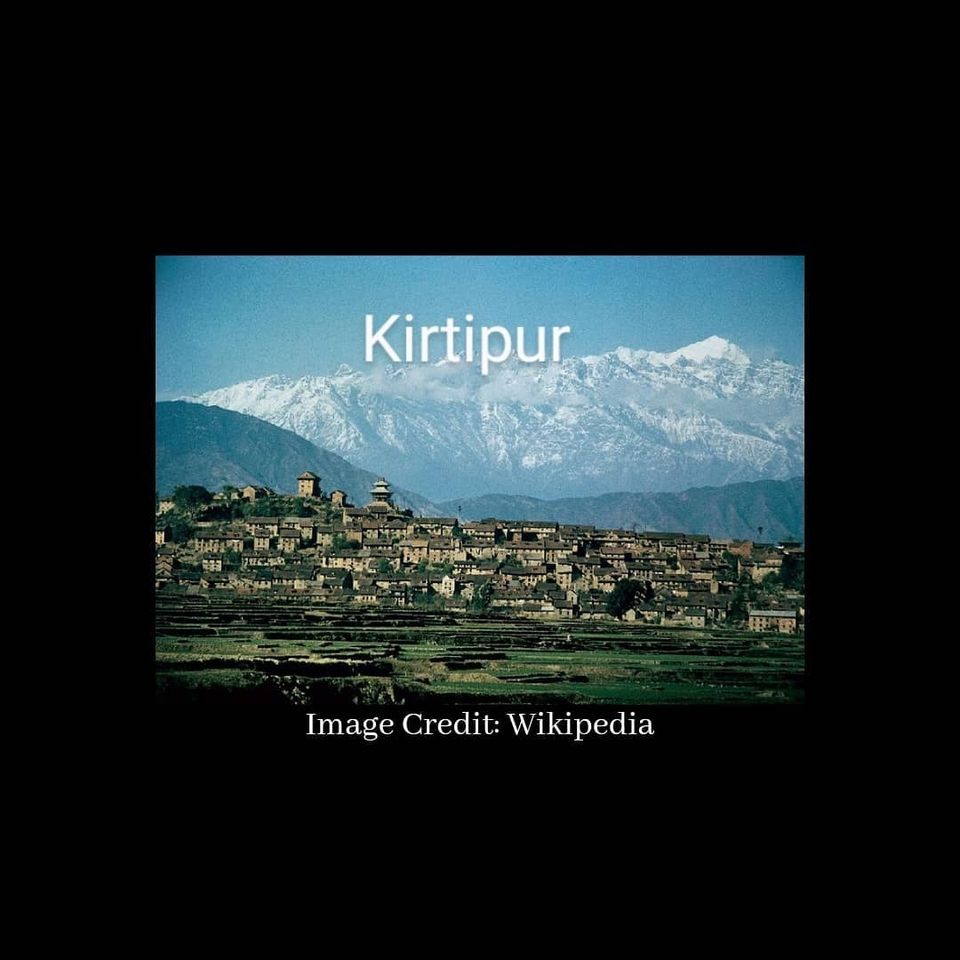 The city Bhaktapur is located about 12 km from Kathmandu  and is known by many names: city of culture, living heritage, open air museum etc. etc. Bhaktapur was in fact the capital of the Kathmandu Valley until the 15th century and preserves numerous historical buildings and monuments. Unfortunately many of these structures were severely damaged during the 2015 earthquake but the city still retains its charm.

The most important site is certainly the famous Bhaktapur Durbar Square where the palace that housed the royal family until 1769 is located and is now the home of the National Art Gallery. Other noteworthy sites in Bhaktapur are Taumadhi Square and Dattatreya Temple.

Getting to Bhaktapur from Kathmandu is really easy, there are buses that depart frequently from Bhaktapur Bus Park, 30 rupees. 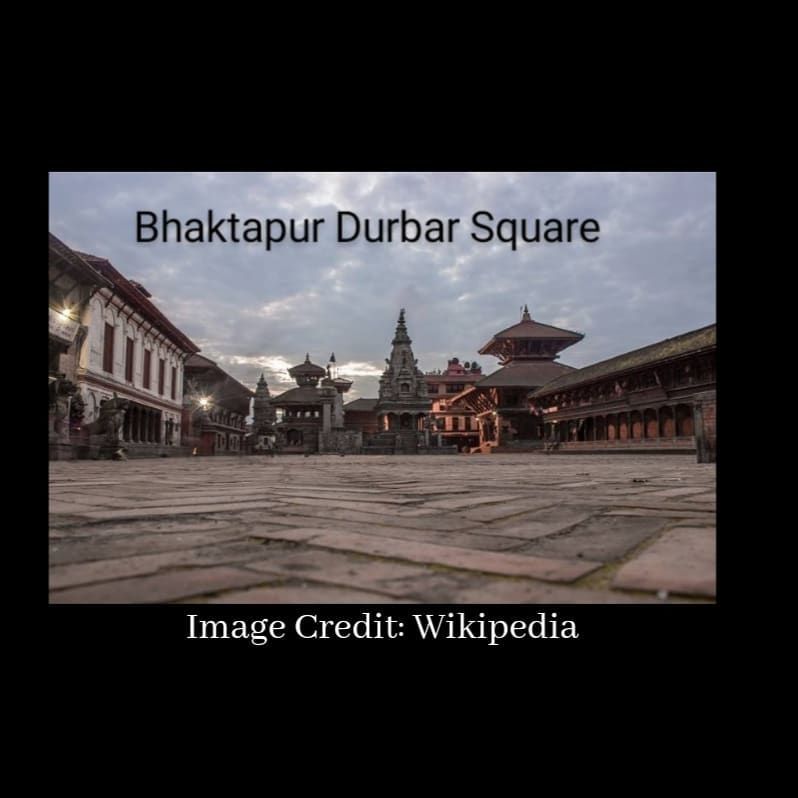 Namo Buddha is a small village that houses the Thrangu Tashi Yangtse monastery which is one of the most important pilgrimage sites for Buddhists in all of Nepal and one of the holiest in the world. Legend says it is the place where Buddha, in a previous life lived as a prince, gave his body to a tiger and her cubs.

Reaching the village from Kathmandu is relatively easy, you can take a local bus from Ratna Park Bus to Banepa (2-3 hours) and change there for one bound for Namo Buddha.... Thamel near the Monkey Temple, the rest is highly recommended. 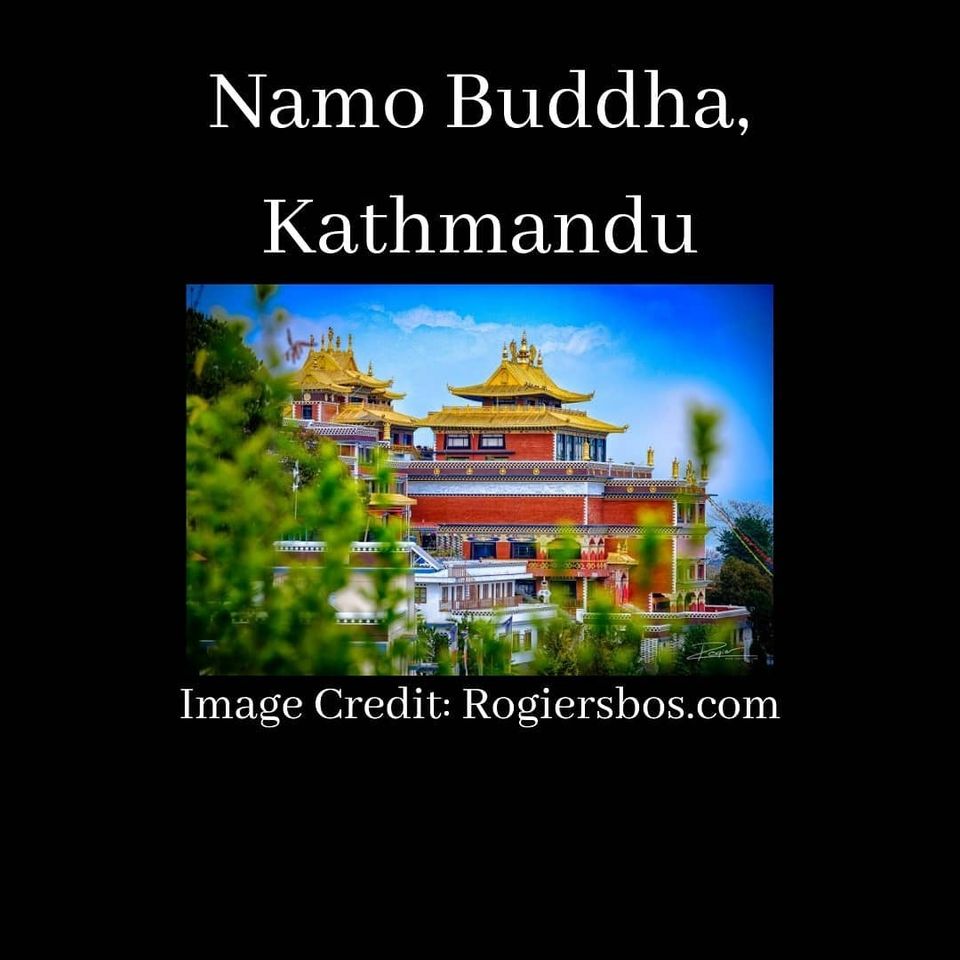 Shangrilla Lodge - Clean and affordable private rooms in the center of Thamel, great wifi and the attached restaurant is a real gem.

Thamel Home - Slightly more expensive than listed so far but still cheap by my standards. The rooms are really nice, the wifi is great, the breakfast included is decent, the staff are very friendly and helpful and the location is great.