Me and my friend Jenic planned for a Ride to Wayanad which was one of the most popular tourist place in Kerala ! We started from Tirupur at 8 and planned to reach wayanad by evening. In the half way over the hills we were stuck with rain (first picture) we proceeded further after the showers got reduced as we didn’t carry any rain gear . It got dark when we reached Wayanad Churam View Point. It was wonderful to experience the Wayanad Churam lit by moonlight with the vehicles playing hide and seek between the trees of the Hill roads(2nd and 3rd Picture) . I spent some time on shooting the mesmerizing view and then we moved to our hotel room which was 15 mins from the view point ! 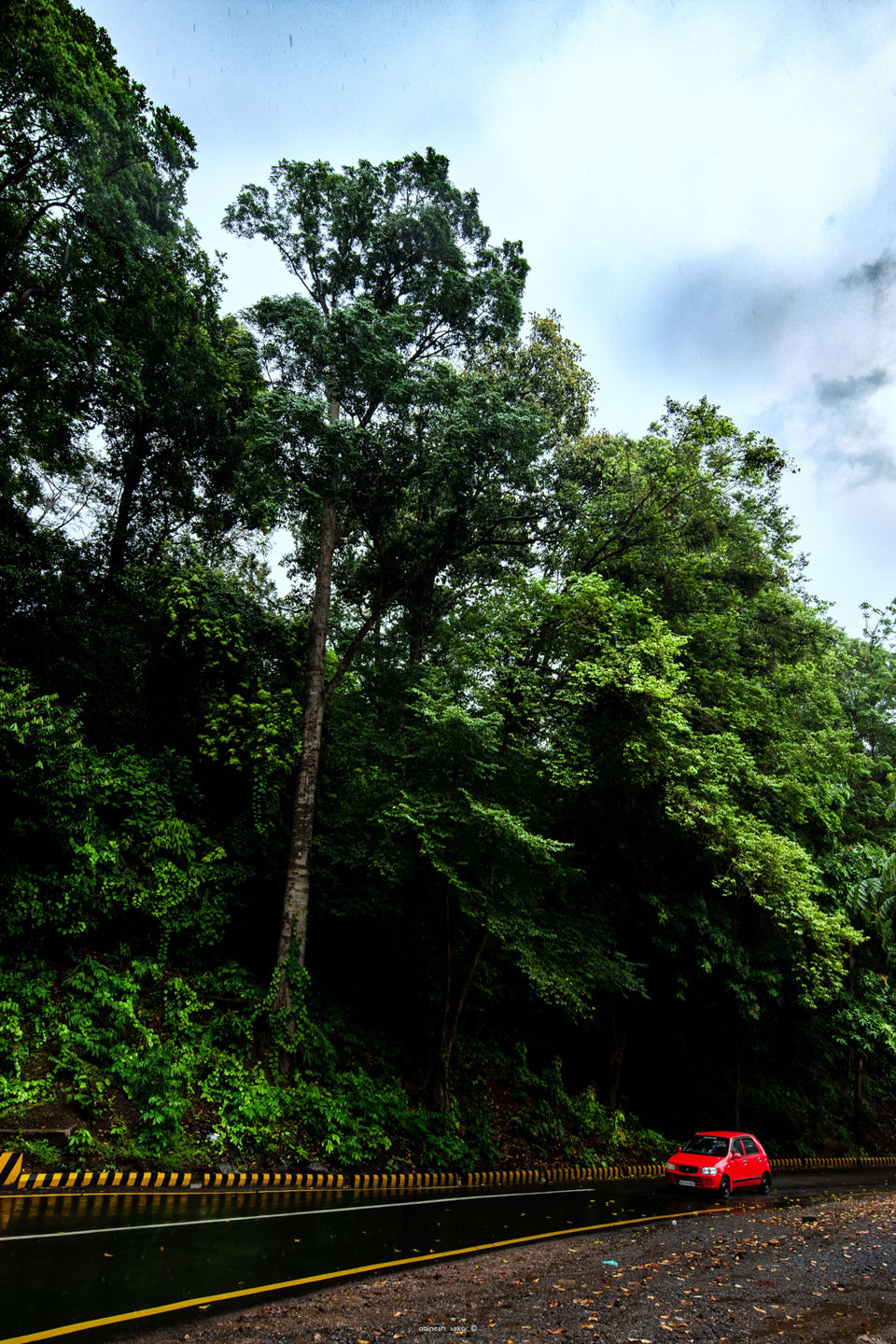 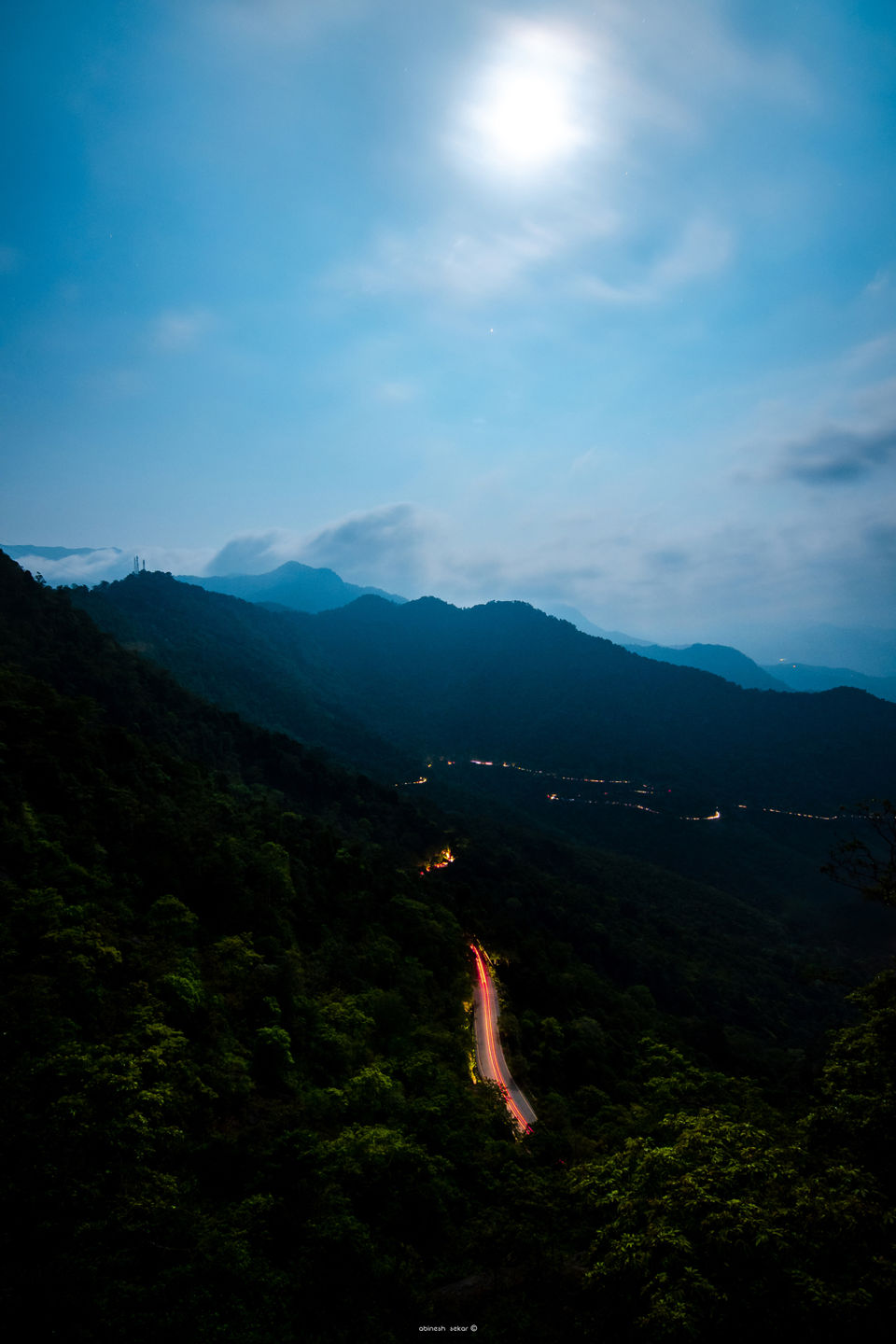 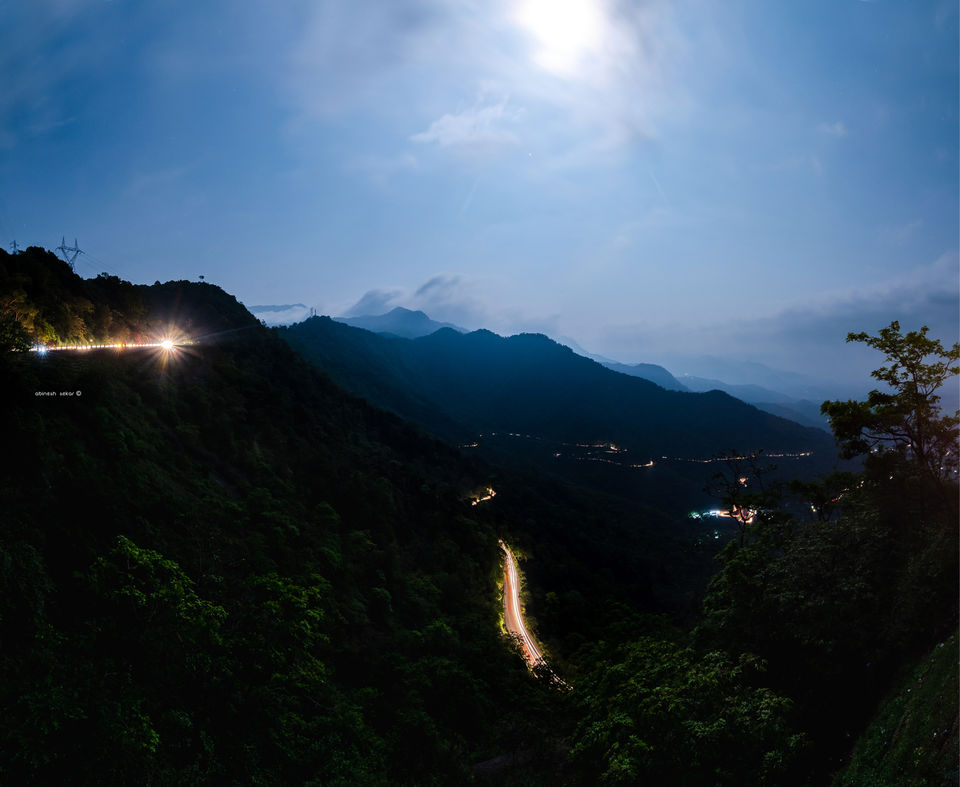 On day 2 we planned to reach Kurumbalakota Hill view point early before sunrise so we started at 5 from our Hotel and reached the base at 6 . From the base it’s a 20-30 mins of trek but we weren’t aware of it and it’s a difficult trek . We got tired and thirsty but when we reached the top we’re mesmerized by the view and Also had some water and snacks from a small shop over the top ! As you can see in the posts the views were astonishing with a pleasant breeze ! 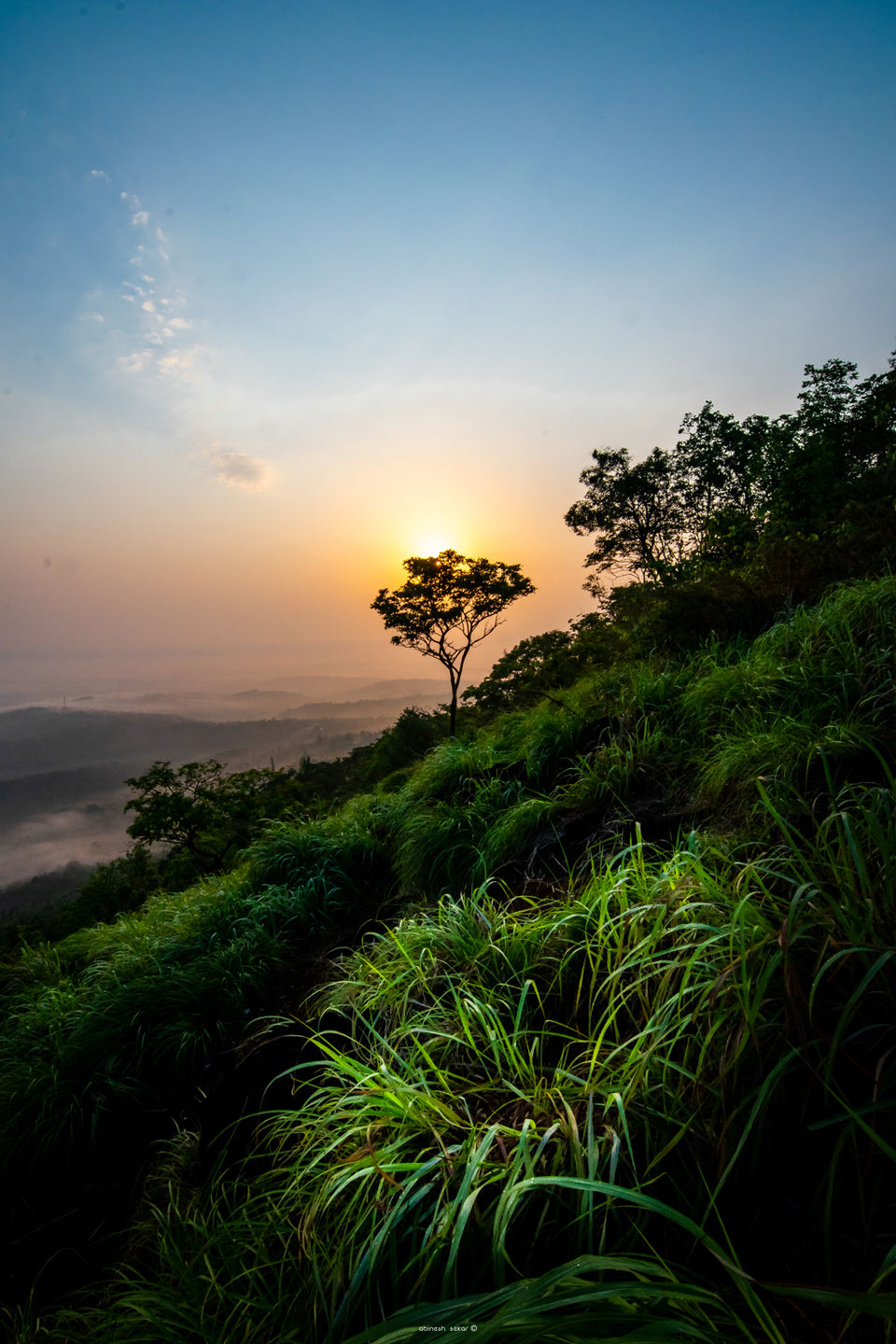 Up Above the Clouds ! 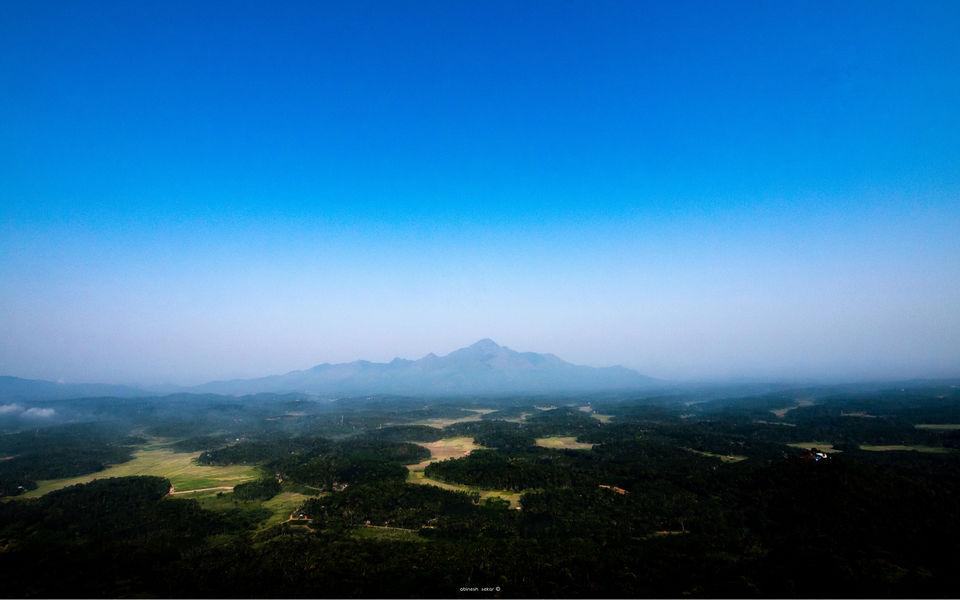 After a tiredy morning , next we planned for edakkal caves which is about a 45 mins ride from Kurumbalakota . We’re already tired due to the trek but then here we had to walk again for 30+ mins to visit the cave , We proceeded and saw a point where people gathered and thought it as the entrance to the cave ! On nearing them We got to knew that Its only the ticket point and we had to walk again up for 350+ steps over the hill ! On hearing this my friend backed off as he is not ready to walk further cause he is tired already, as the temperature was not as cool because it’s a summer and also we didn’t have our breakfast. But on seeing the crowd there I got eager and wished to explore the cave and then proceeded further !

On reaching the cave I was like WOW , there is a rock which clings between 2 Hills/ Rocks without any additional support which owes it the name EDAKKAL and the ambience there was awesome . The temperature seems to reduce by 5 degrees inside the cave . The carvings on the rocks with a green grass cover were such a bliss for the eyes (the area which is brighten by the sunlight in the picture). 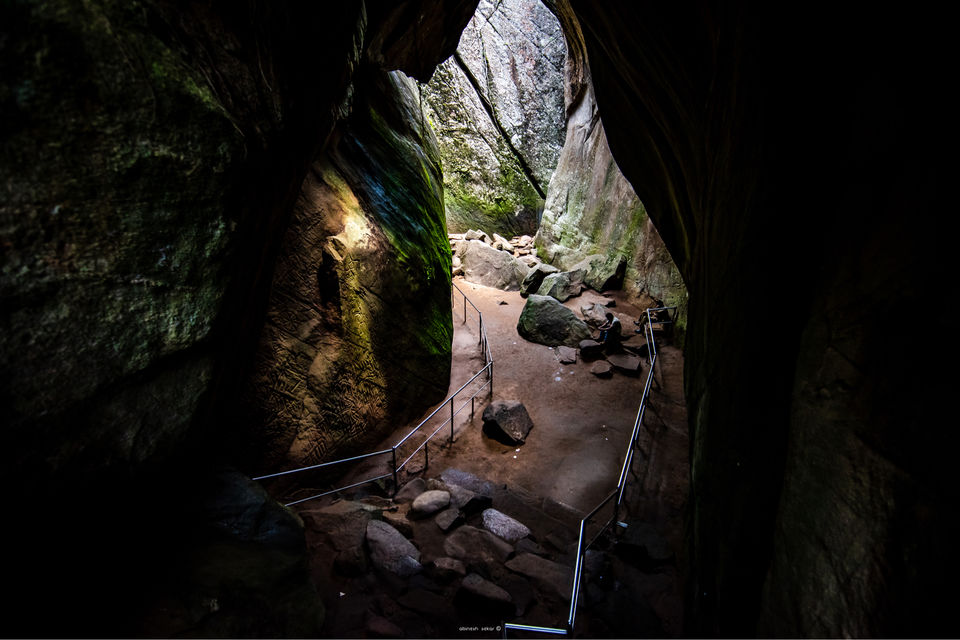 We had our lunch at edakkal and moved to Kanthanpara waterfalls which is again a 45 mins ride from Edakkal caves. We spent some time in the Chill water just to relax ourselves from a tiredy day ! It’s one of the Pictureque waterfalls I have seen ! After enjoying in the falls , we got some pictures and then moved to our hotel !

We rested there at night and started our return journey the third day to Tirupur through ooty ! 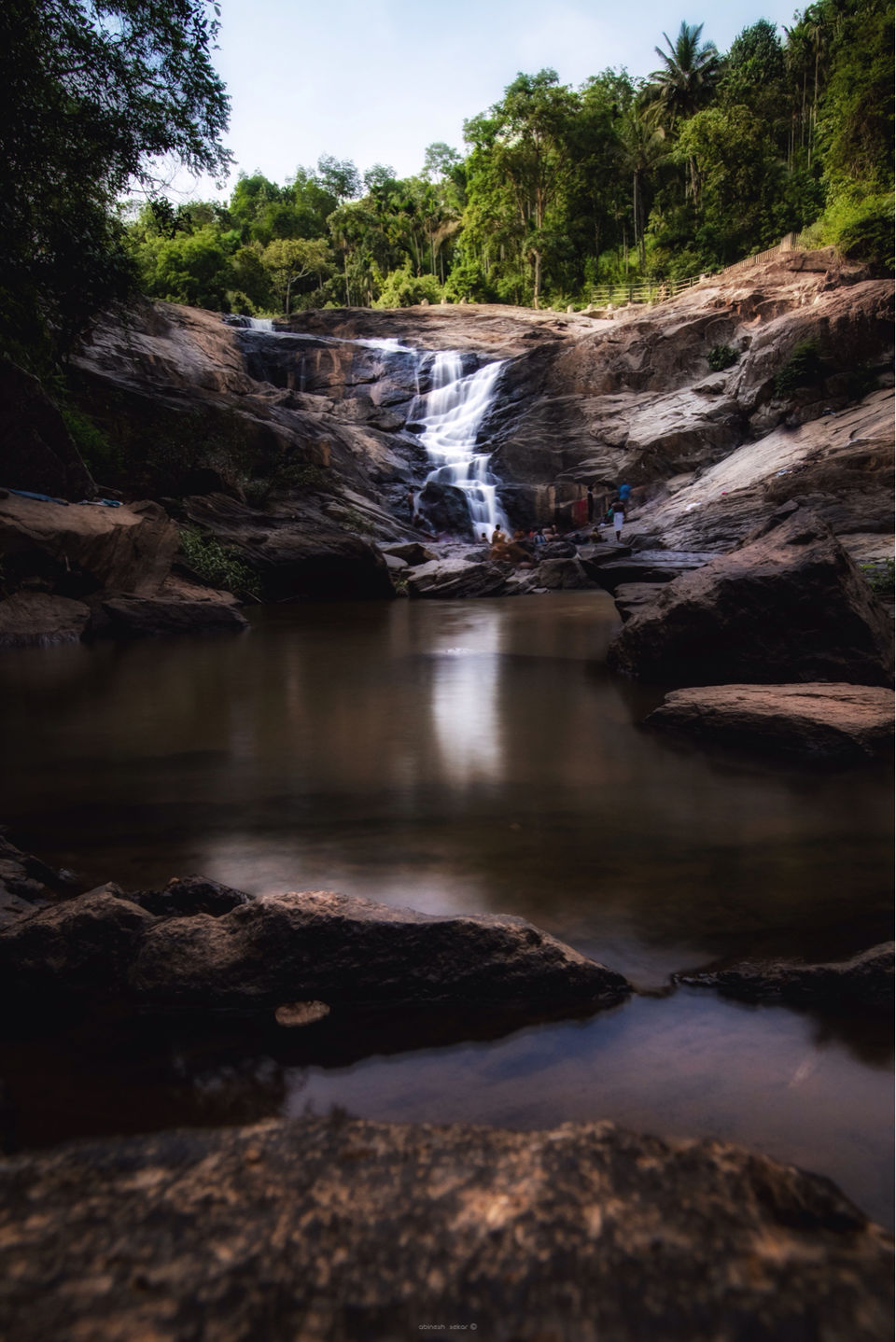