Water Connecting You To Your Soul!

Water connecting you to your soul! 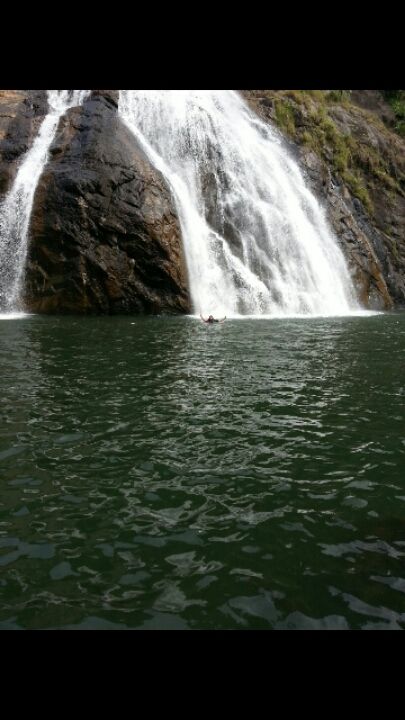 Day 1
Goa! This word gives you a scenario of water all around , with sandy mud and beaches full of shells, adventure, thrill and of course cruise with a merry go music and a dancing mood!!
But this beautiful place has a beautiful waterfall, so eternal, so peaceful, that it will melt your heart
It's name is DUDHSAGAR located on Goa-Karnataka border
I was travelling with my parents and we'd thought of doing some thrilling and adventurous on the first day of our trip to GOA!
Thus we decided this place to be the first one to visit in Goa, but who knew , this place would be so overwhelming , that you'd wish to stay there for weeks! We travelled 75 kms from panjim, to the South, and the journey was cool and me and my mom singing songs, making the journey more melodious.
Then we entered the big gate , followed by a gypsy ride of 40 minutes, where we Co -incidentally met a couple and they turned out to be telugians ! We Being from andhra, the gossips went on and I was engaged in learning some french words with the french couple in the ride. Then was this big gate, in front and we were given life jackets and these were compulsory. We hurried and clicked some pics and made an heroic entry !
We climbed some rocks, passed some paths and Alas! We reached
Being a sea swimmer , I could smell the water even before reaching there, and after reaching my legs couldn't resist diving in that water
I handed my phone and sandals as soon as I could and passed carefully through those slippery rocks and WOHOO! I JUMPED!
Shivers ran through my body , but I continued to swim and I reached the epic place of falls where those droplets were falling on my face and that gave me a feeling of heaven
It felt so beautiful, closing your eyes and letting those drops adore your face!
Initially I felt too cold but my body adjusted and I went on!.
There were some gujju's asking me about the status of water. I replied saying' thanda hai par mast hai' I then swam to the main part where there were no rocks and water was soo deep
Staying below these main big falls was so eternal. I was feeling as If it was my Kingdom and I was its queen!
I let those falls melt my heart and touch my soul! I came little forward then raised my legs and hands up , floating on water balancing myself , my eyes could cover the entire beauty of that place. It felt so peaceful , calmness spread through out my body!
When I opened my eyes after closing them for 5 secs , the mesmerising sky enlightened me, plus feeling that cold air made me feel as if I am sleeping on a water bed and as if I am actually there in a 4 D Movie . Then my dad shouted and thus my connection with water broke and I gave some poses , that my dad clicked . Though we didn't have a camera , my Samsung note 2 did the thing!
Those 30 minutes in water felt so nice and the oneness and intimacy with that water grew soo high, that I didn't want to return.
After returning back I and my mom gave some Titanic poses and the other telugians couple clicked a family pic of ours !
This pic will make you remember a scene from a super hit film. Yes it is chennai express, and it is this falls shown in that film, when the train passes by.
At last this trip was one connecting to my soul and my heart then and forever! 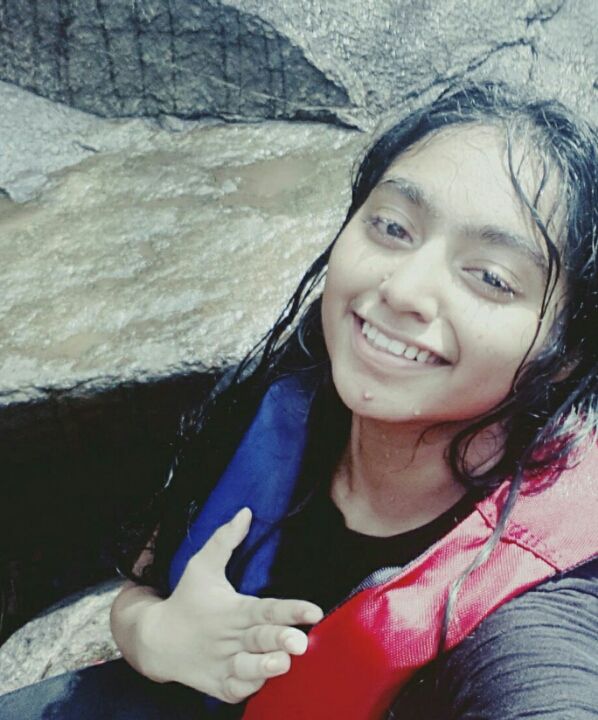 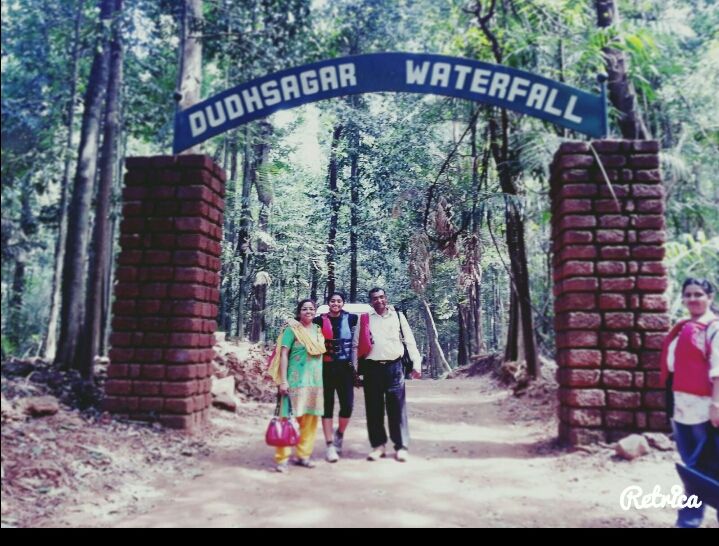 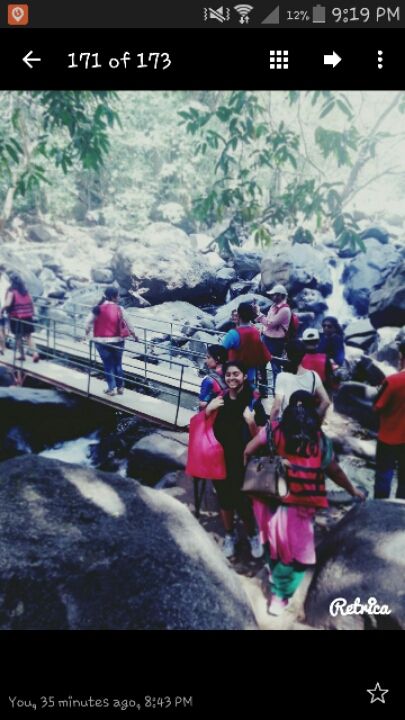 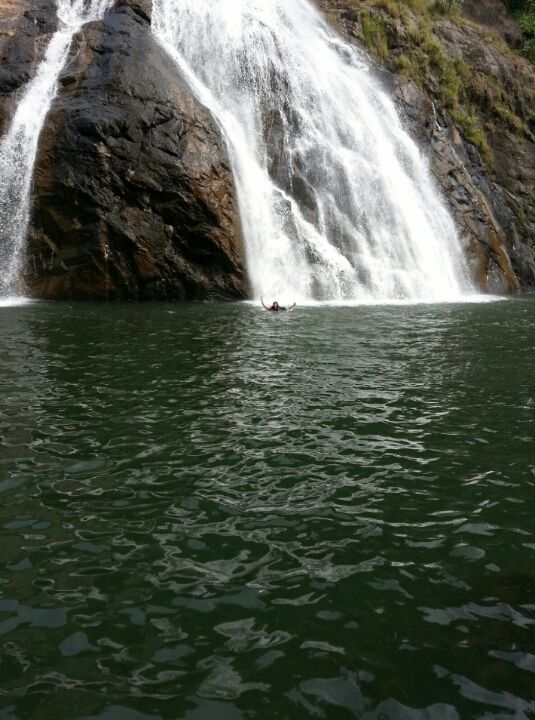