It was during my graduation when a group of ten people decided to do a road trip to one of the offbeat places of Uttarakhand, Mukteshwar. The distance of Mukteshwar from Pantnagar is roughly 100kms. Initially the plan was set up by four which was later joined by six others. So after packing our backpacks we were all set to ride on our bikes. The best part about the road trip is not only covering those extra miles but also to savor the moment when you're on the road. Road trip to the mountains is more appealing as you can see the landscapes changing literally in front of your eyes. The mountains, snow clad peaks, hairpin bends and the aroma of the fresh air is incomparable. 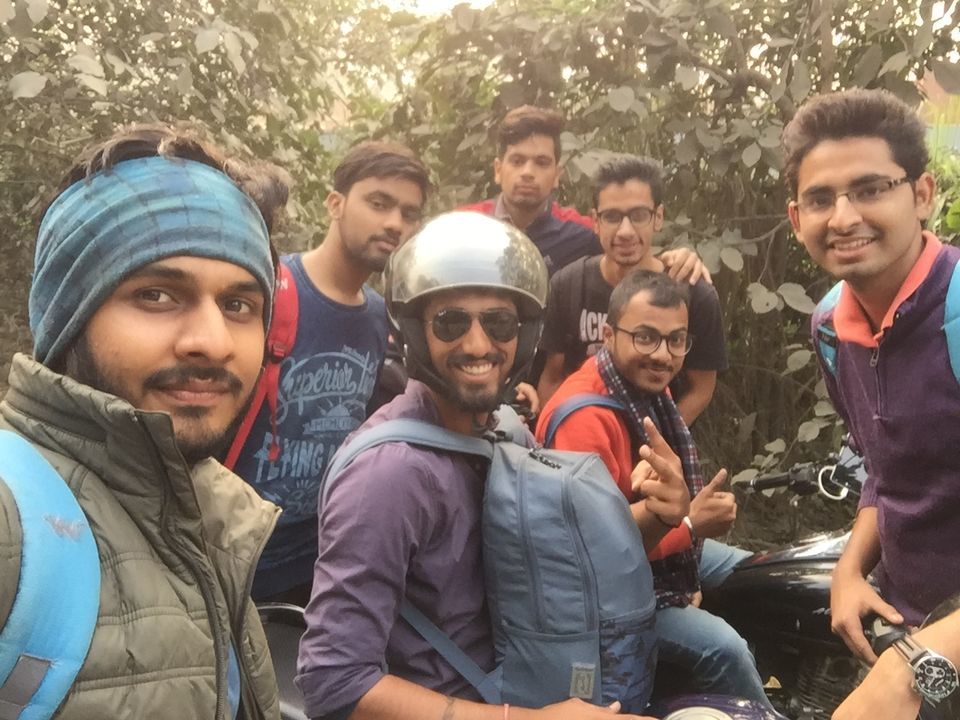 So we started off our journey from Pantnagar at 5 in the evening, though the timing was a bit odd considering the time of winters but it was something new worth trying. We were in Bhimtal by 7 in the evening and the Sun had already settled down. 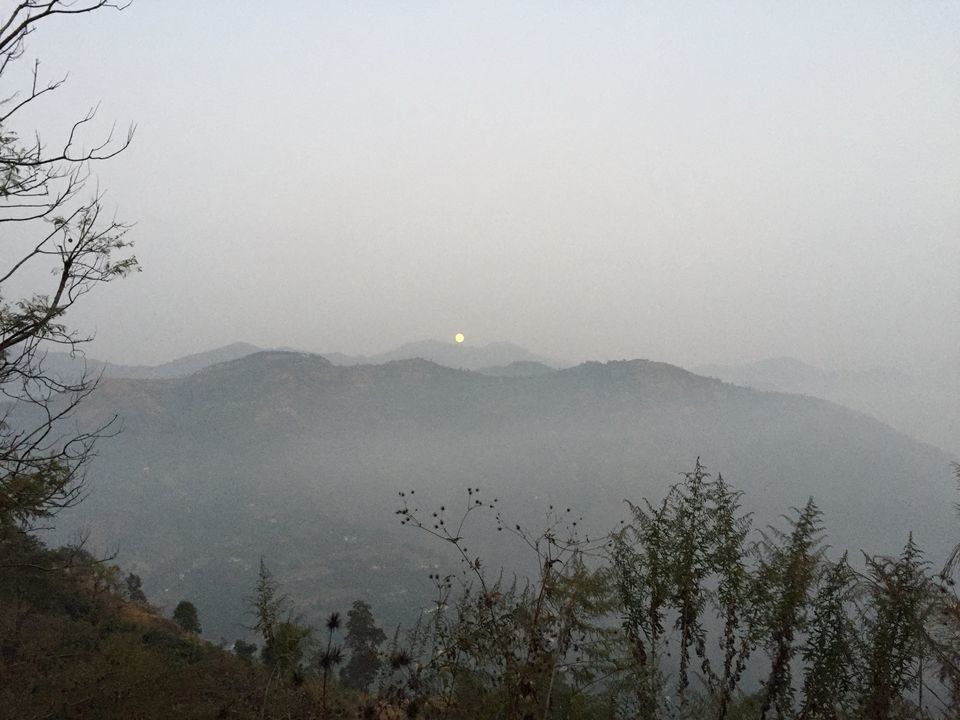 We took a small halt to withdraw some money from the ATM and buy ourselves some woollen. The best part began after Bhimtal. The road to Mukteshwar is somewhat deserted and spooky. But that is what we riders seek. The roar of the engine is so satisfying while you're taking an ascend. It was a full moon and no words can describe the beauty of the mountains during the night. There is always some magic which lures me into the places like these. We managed to reach Mukteshwar by 7:30 and decided to get our dinner packed from one of the restaurants. It took a little while for that dhaba guy to prepare the food for ten people. We booked our accommodation on way to himalaya darshan. We dropped our luggage and carried some essentials along with us. 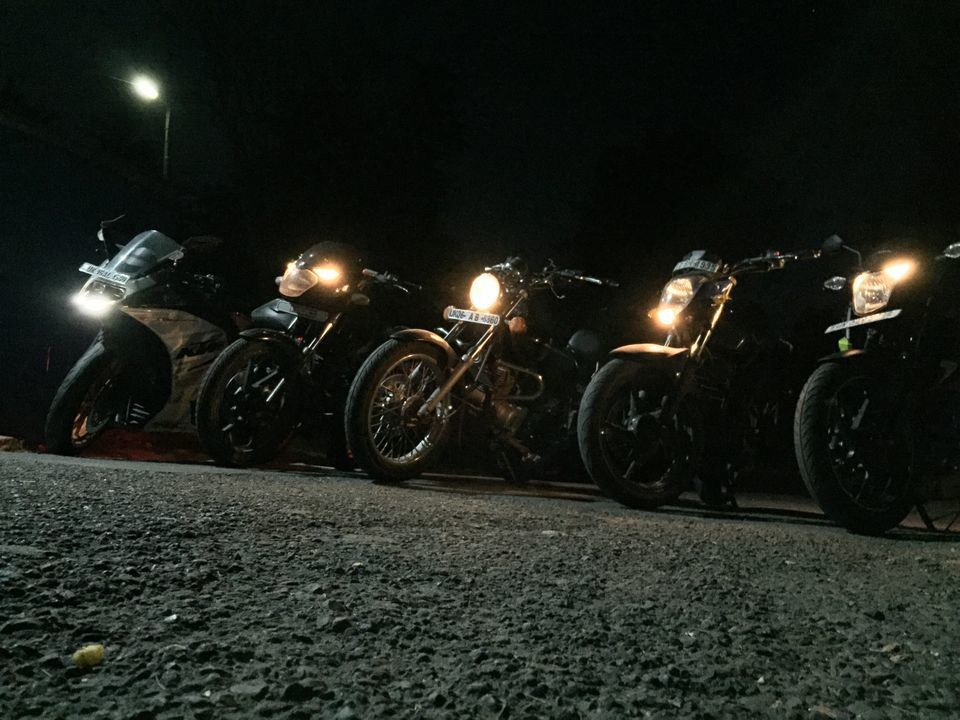 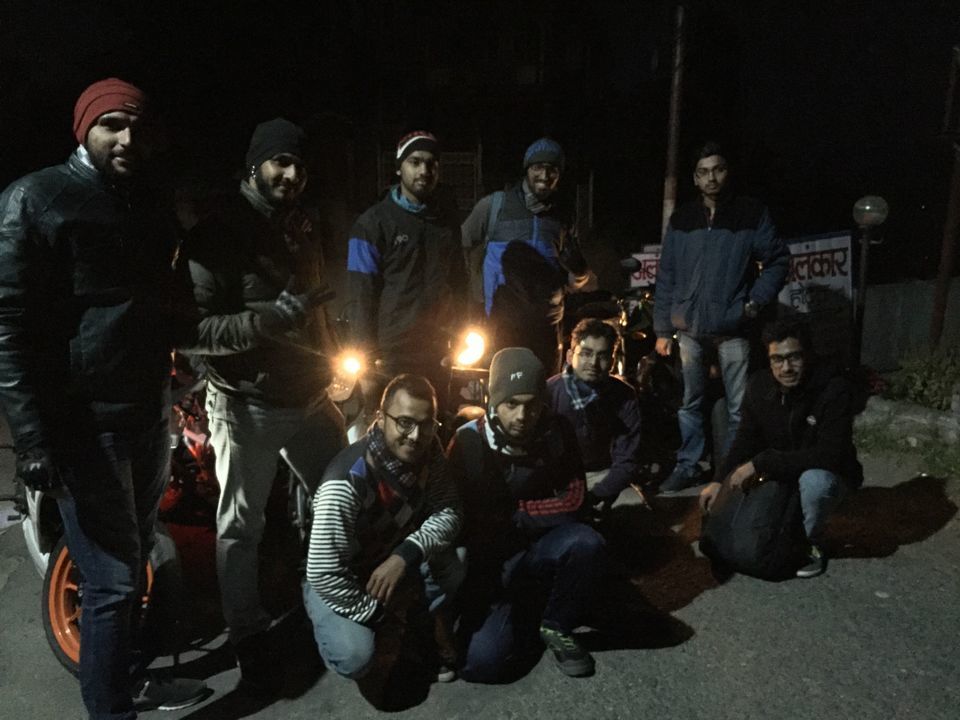 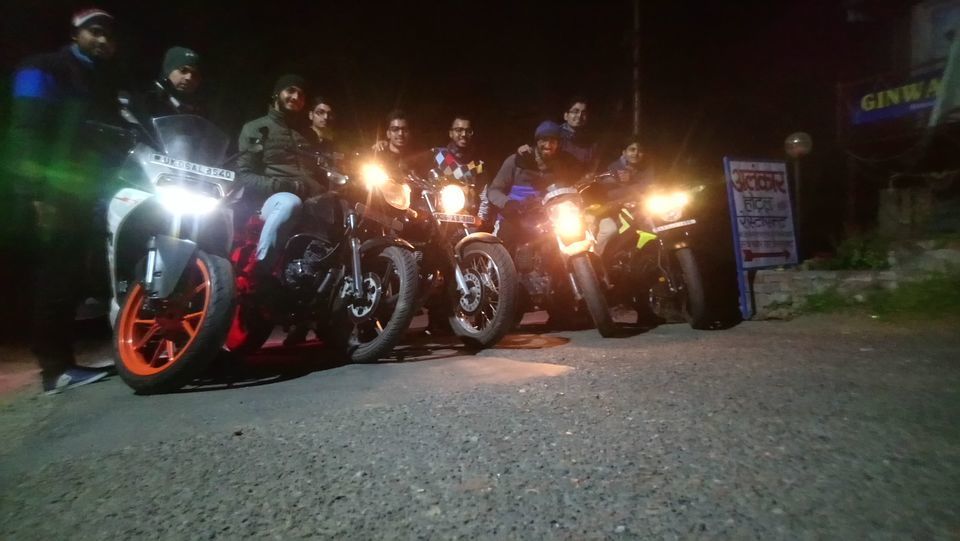 After reaching himalaya darshan view point we occupied one of the wooden benches and were ready to fill our empty stocmachs with some delicious and delightful food. The ambience of mountains under the moonlight and stars is what you're never going to find in the city lights. We were all shivering in cold despite the fact we were all packed from top to bottom. We boys had a great time sitting there, telling our stories and listening to other's. We were there till 3 am and finally decided to bail off. We all were dead tired and directly went to sleep.

The next morning we planned to capture the sunrise from the view point. So after waking up we went back to the same place where we spent our last night. It was difficult to keep those sleep deprived eyes open but as soon as the sun rays fell on the snow covered peaks, our attention was completely diverted and all of us were awestruck. I hope my pictures give you enough clarity about that moment. 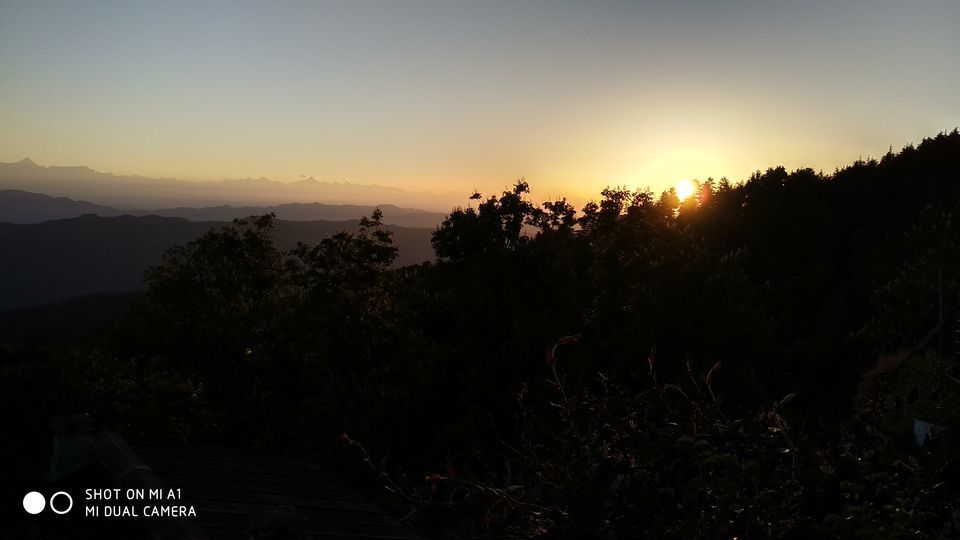 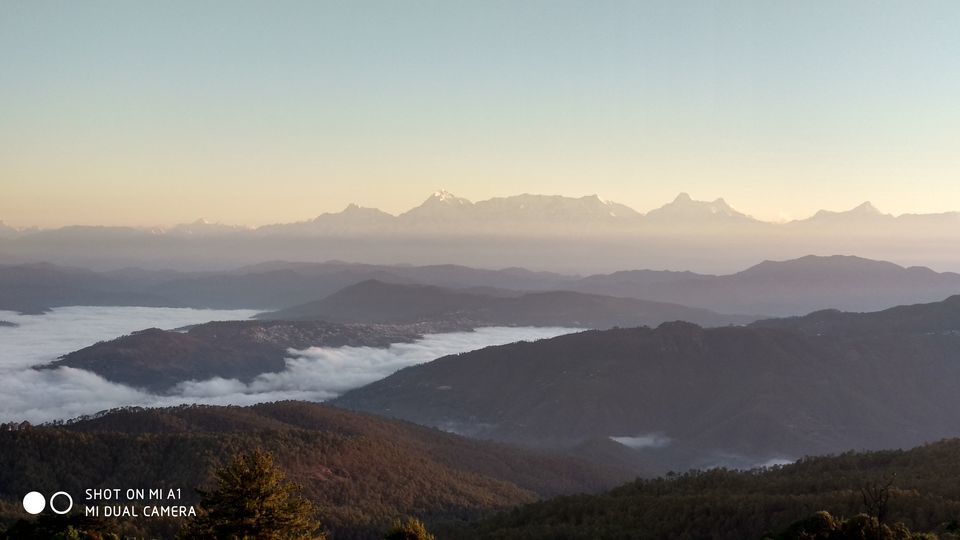 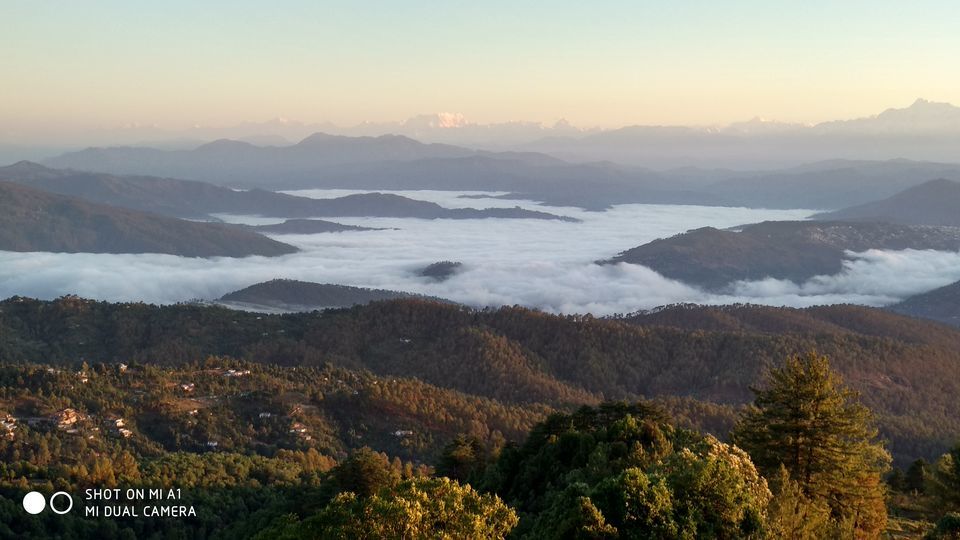 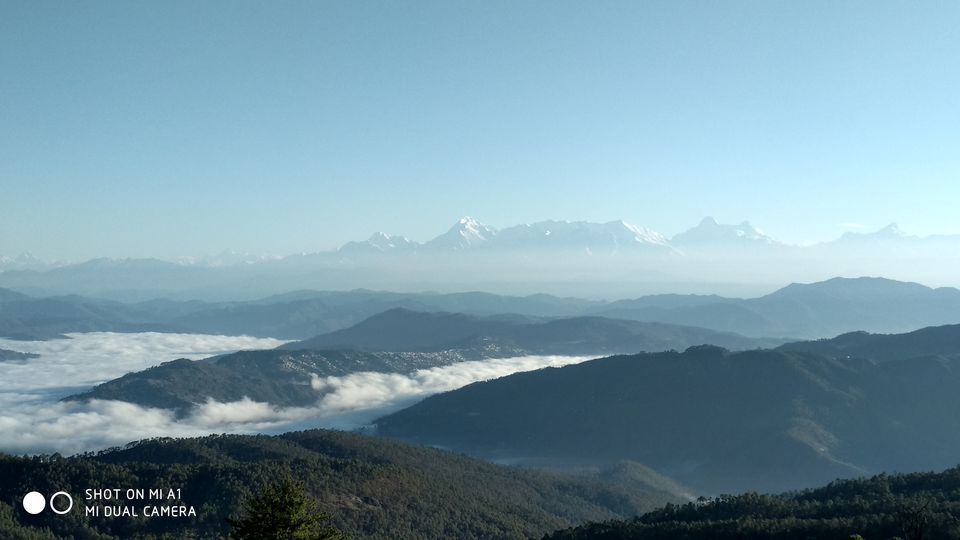 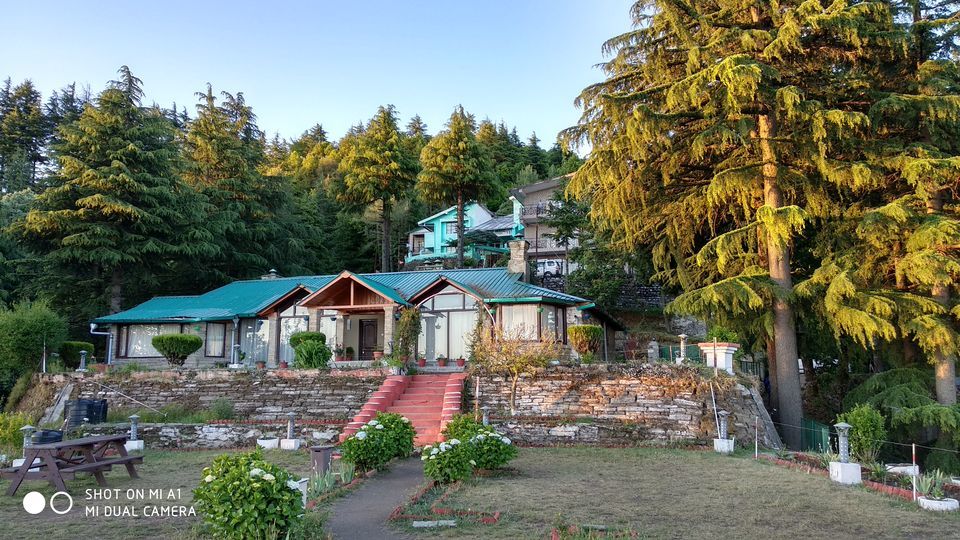 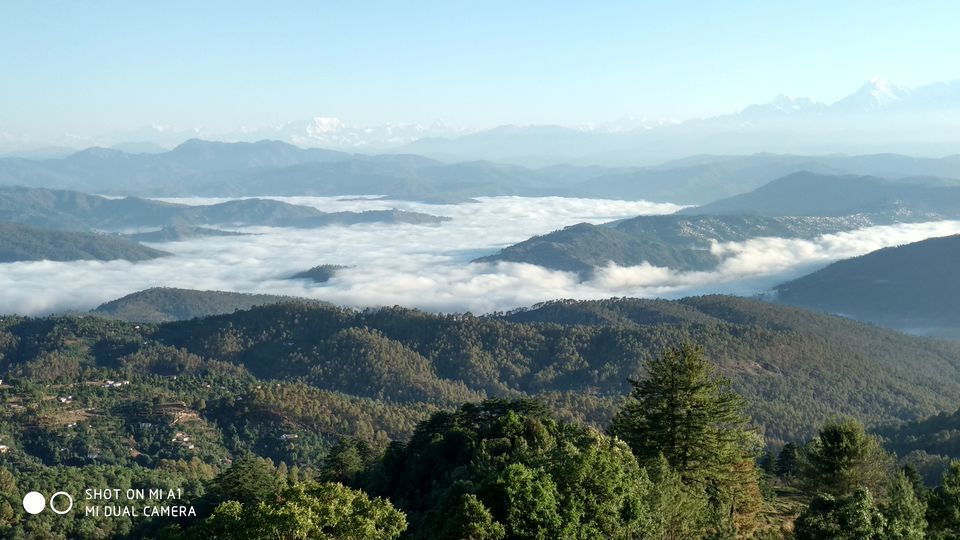 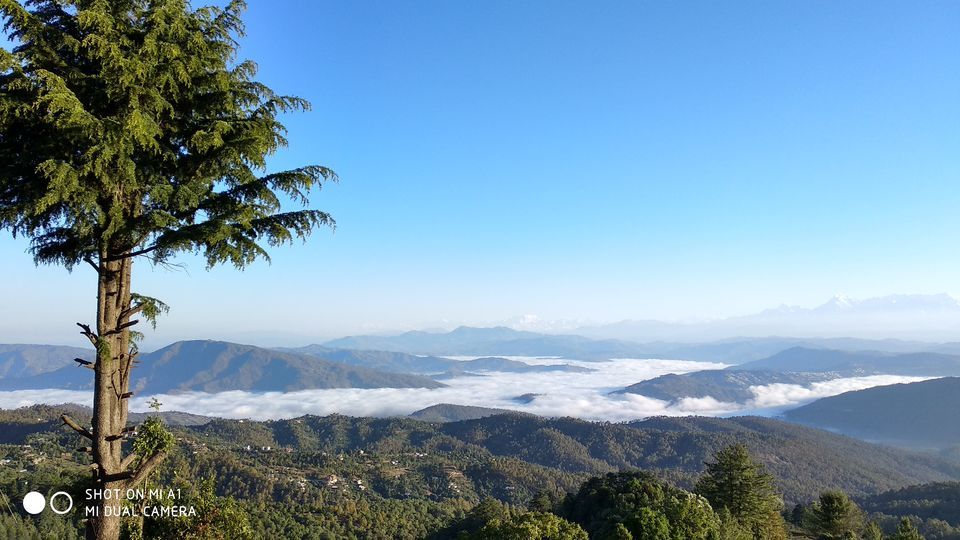 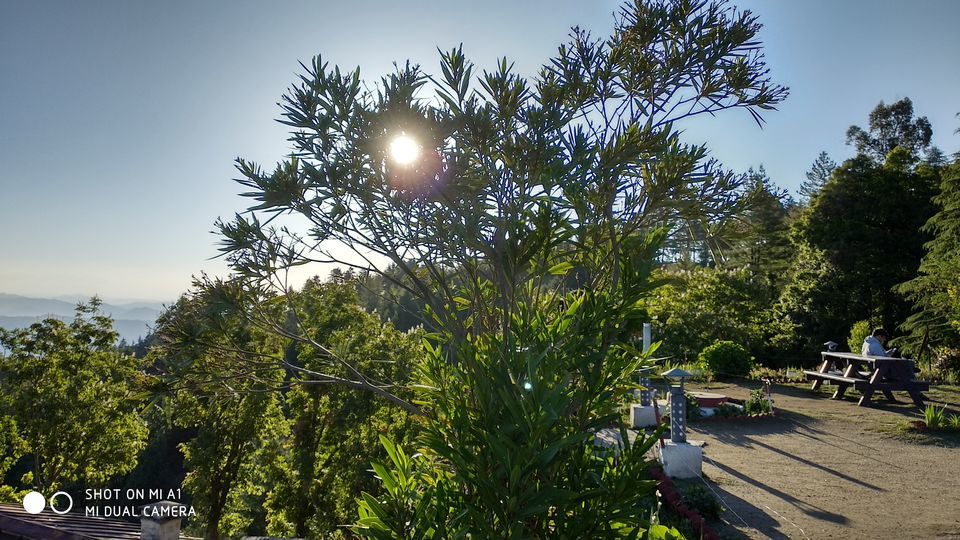 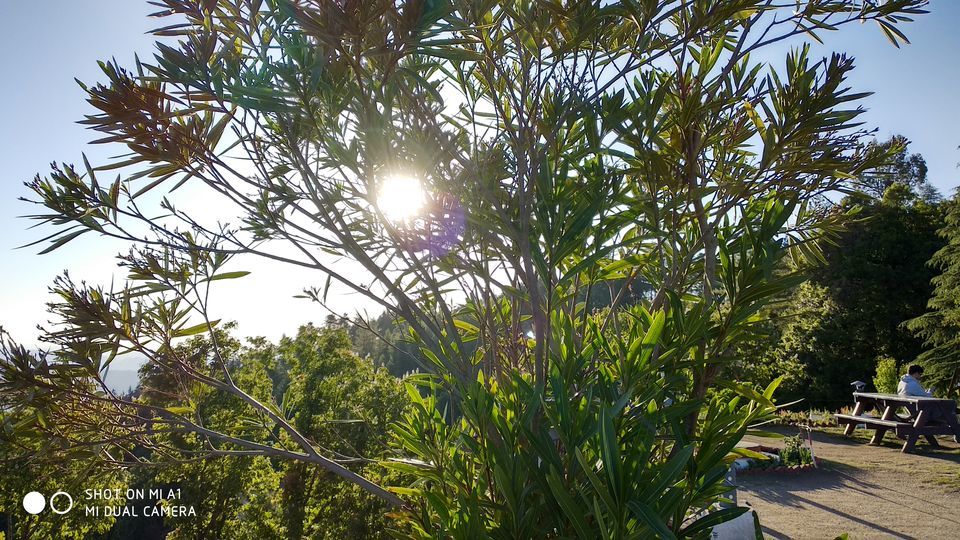 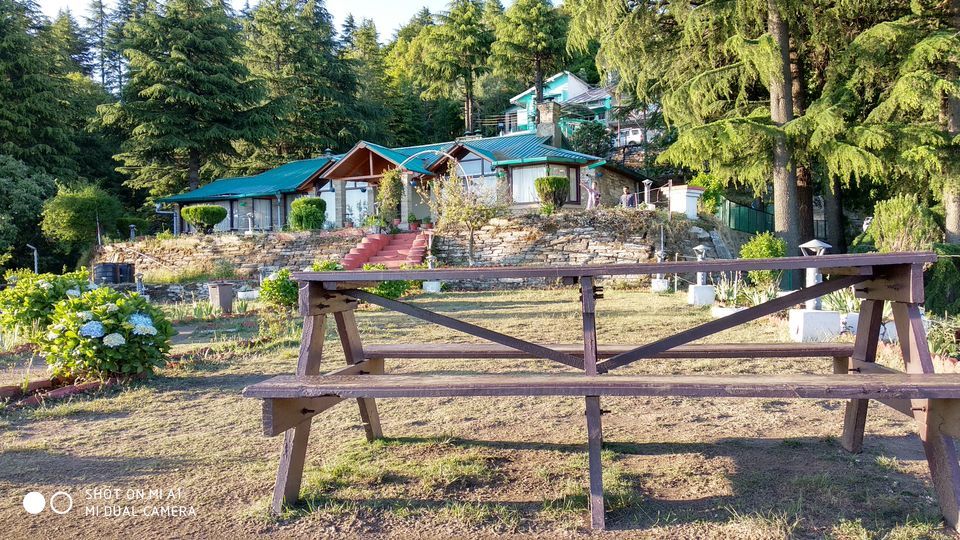 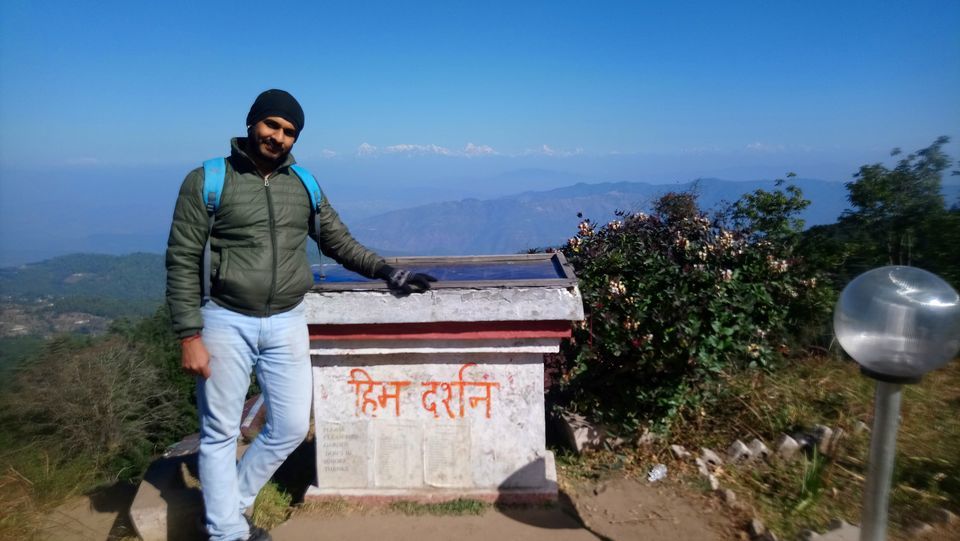 After filling ourselves with the energetic sun rays we went back to our hotel, collected our baggage and had a little breakfast. The next thing to discover is the trek to Chauri ki Jhali which are the rock mountains, giving a spectacular view from the top of it. It's a 200 m trek from Himalaya Darshan. Refrain yourself from climbing one of the overhanging rocks. 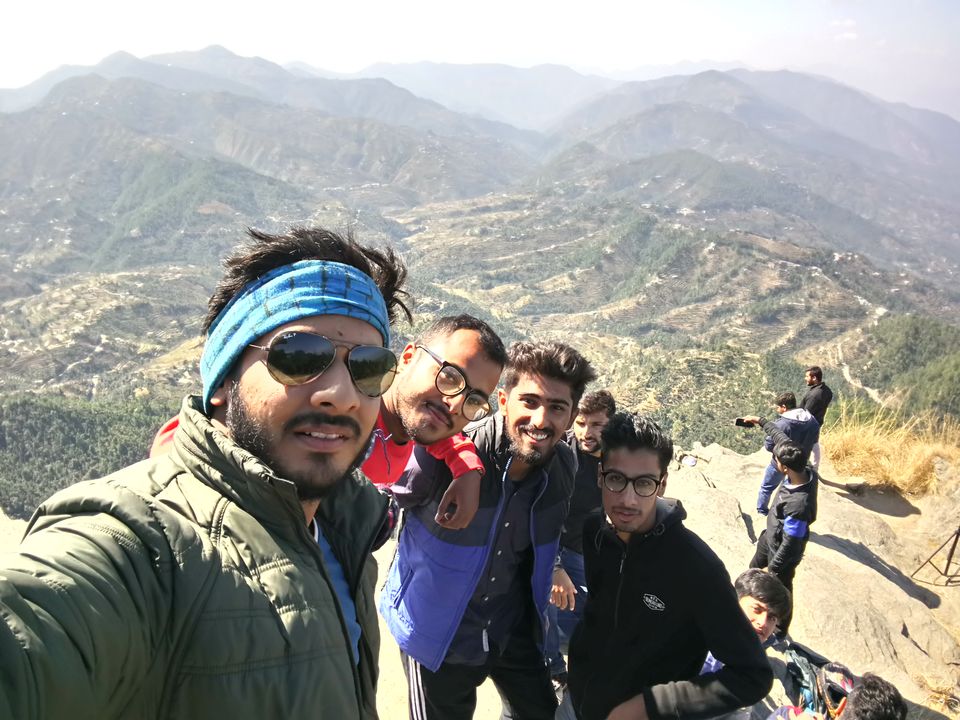 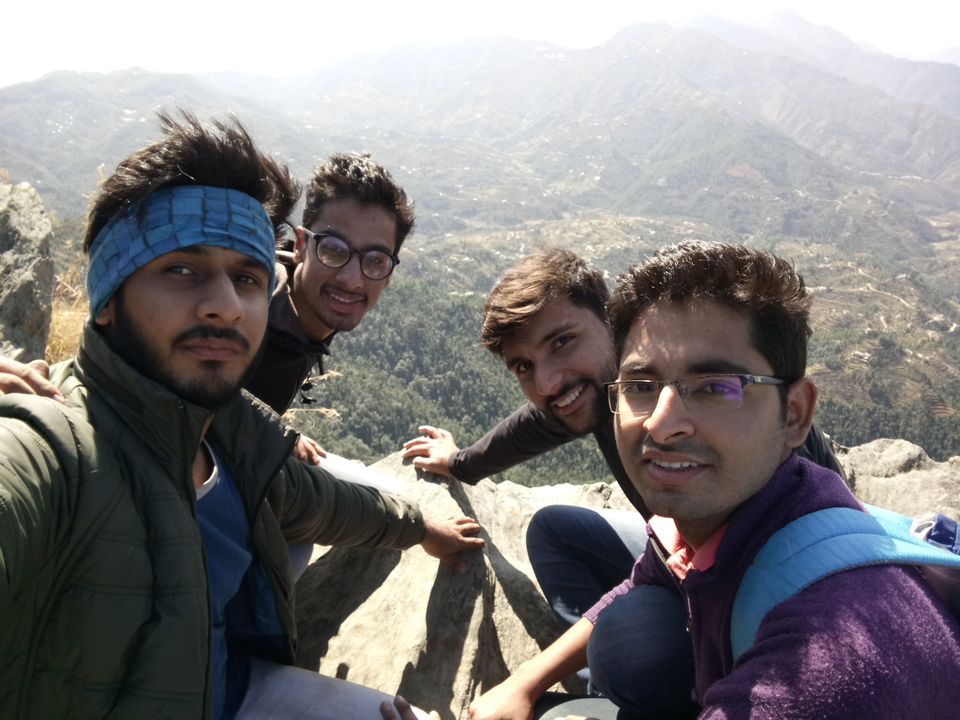 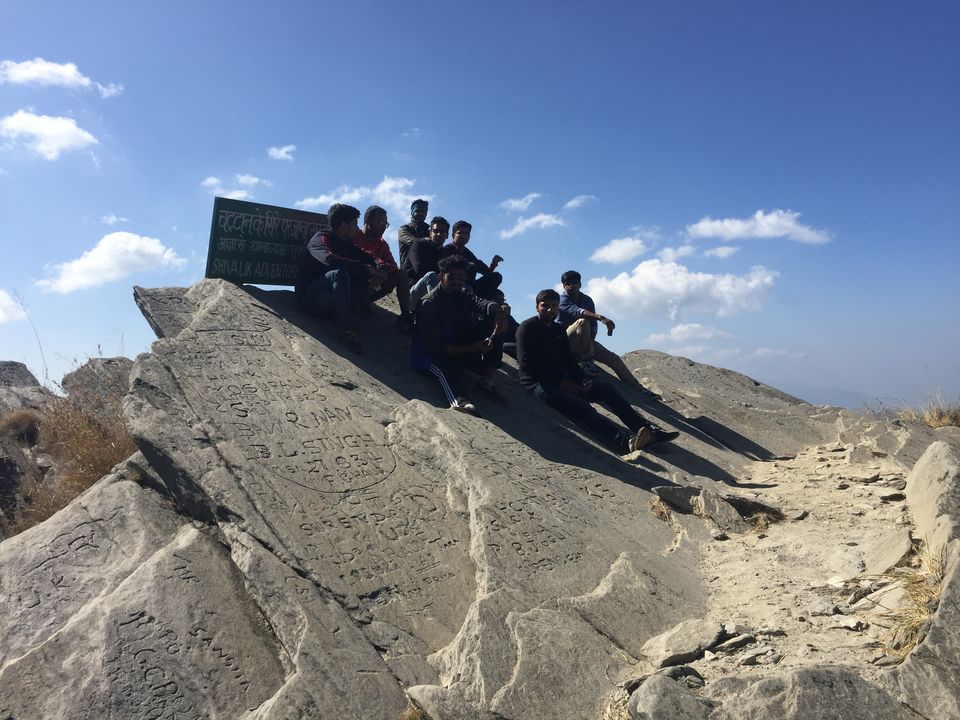 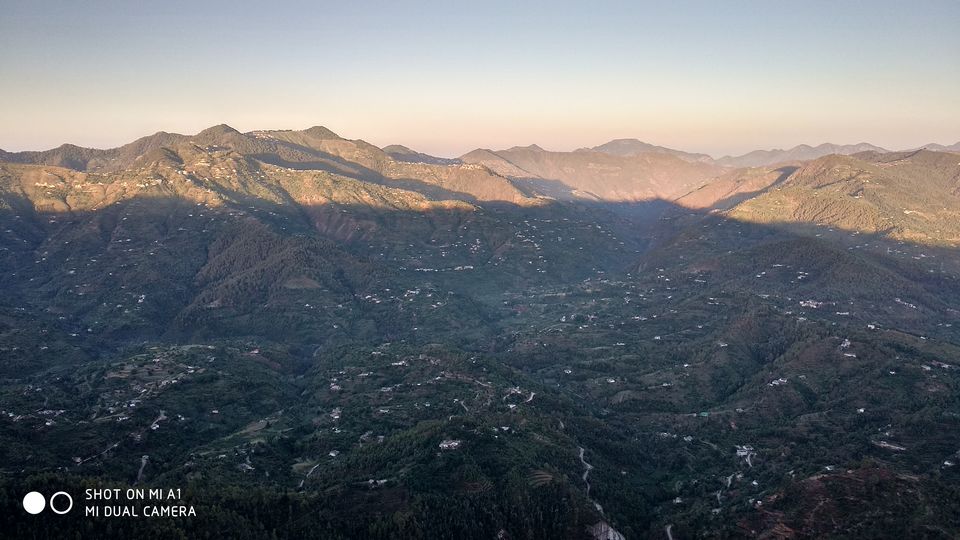 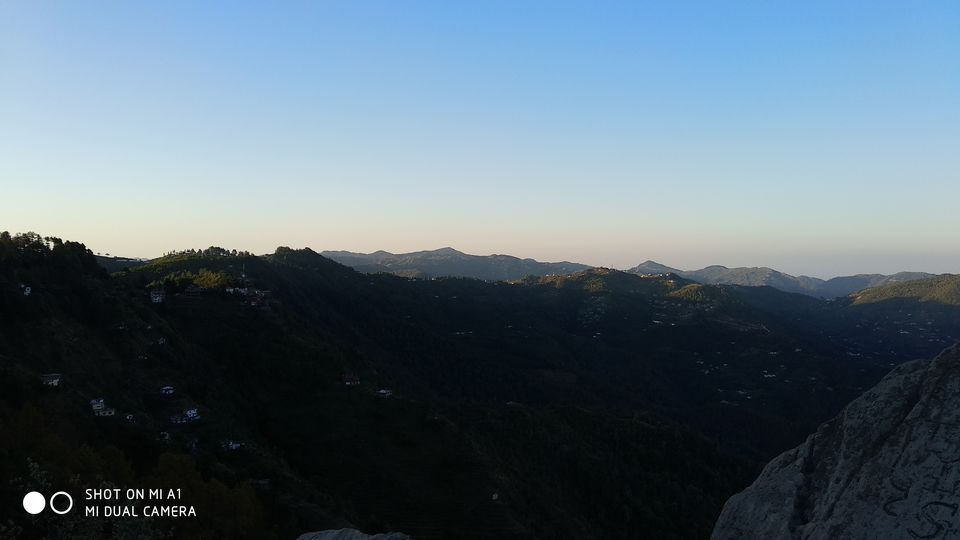 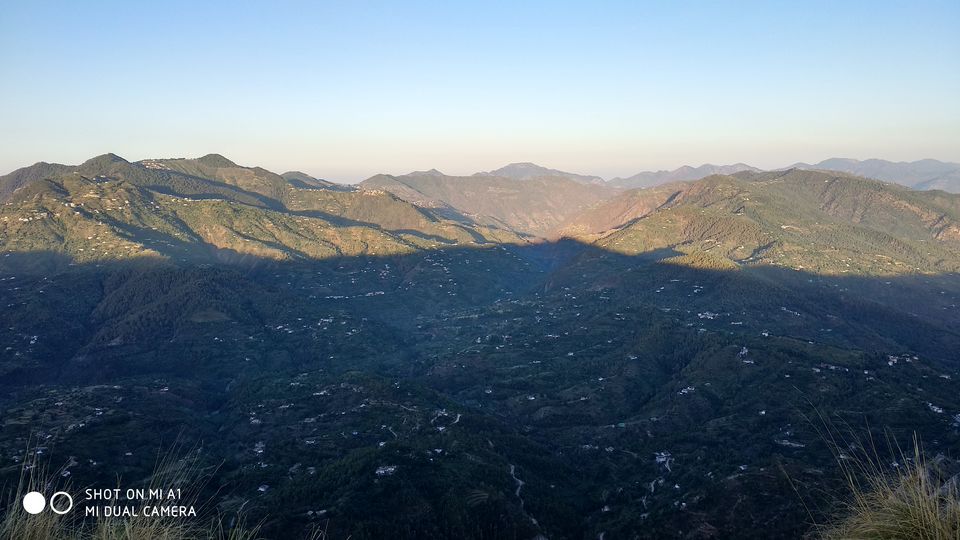 From Chauri ki Jhali you can also visit Mukteshwar Dhan temple which is also a popular tourist attraction in the hill station. 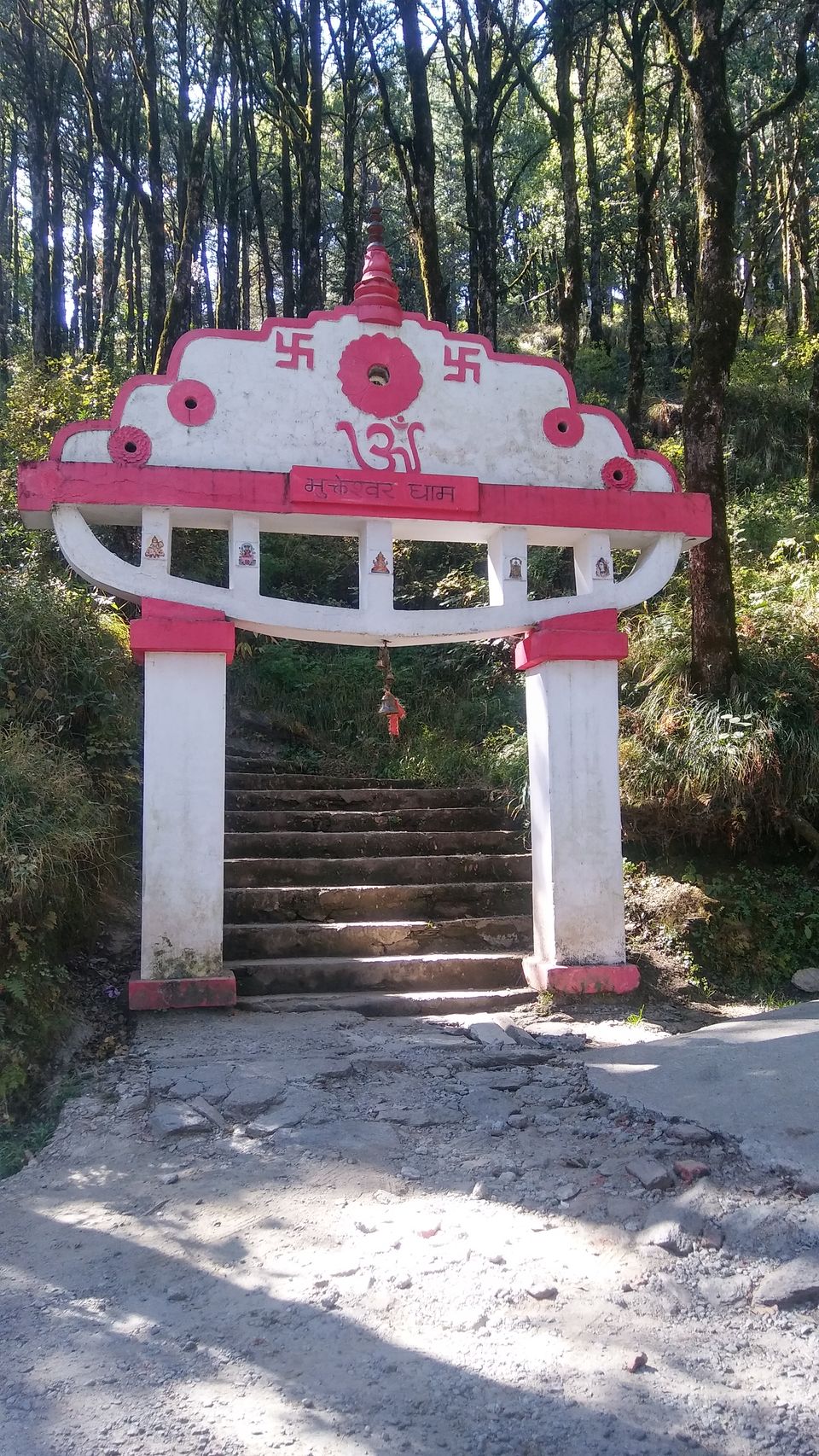 After trekking downward we were all set to ride to the most exciting part of our trip. Bhalu Ghaad is a place located 15 kms away from Mukteshwar. After parking our bikes we headed towards the dense forest in search of the waterfall which is inaccessible by most of the people. The path is not built up and passes through small water crossings and some giant stones. 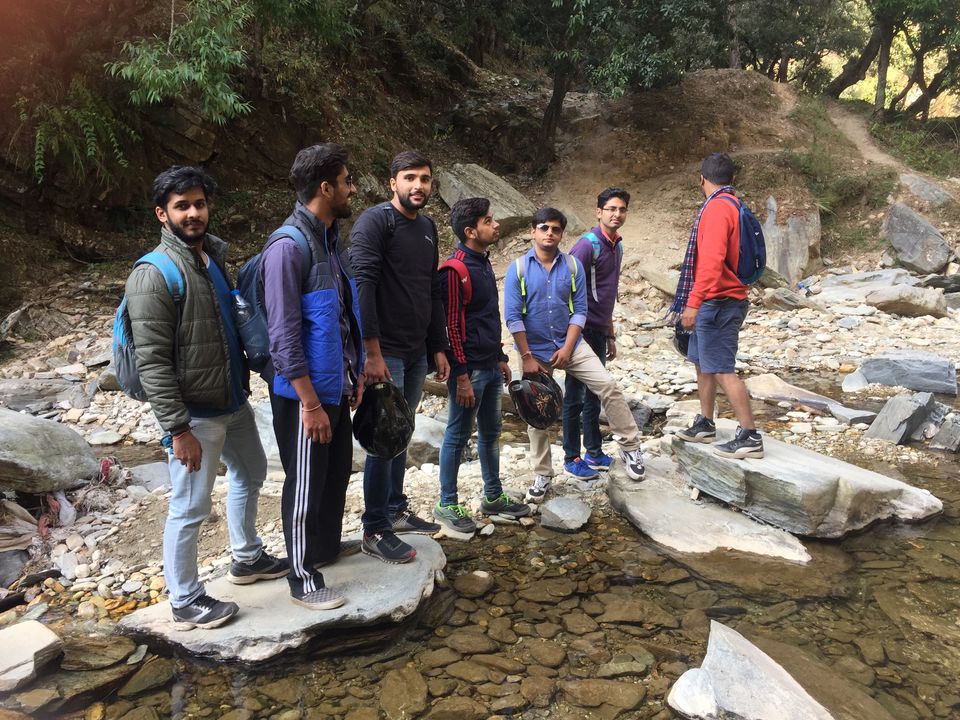 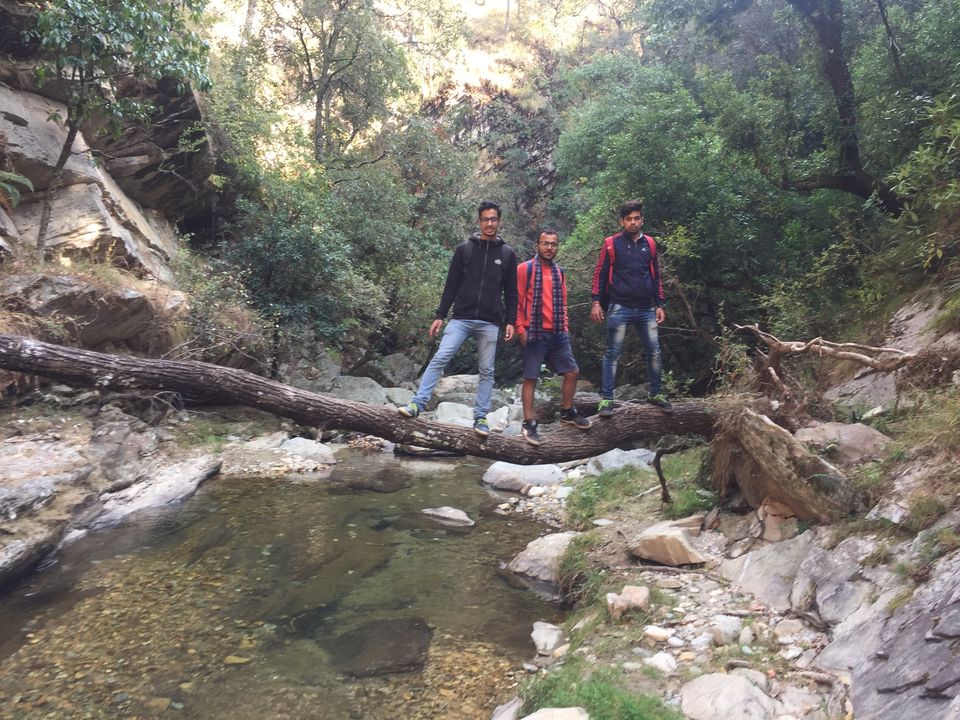 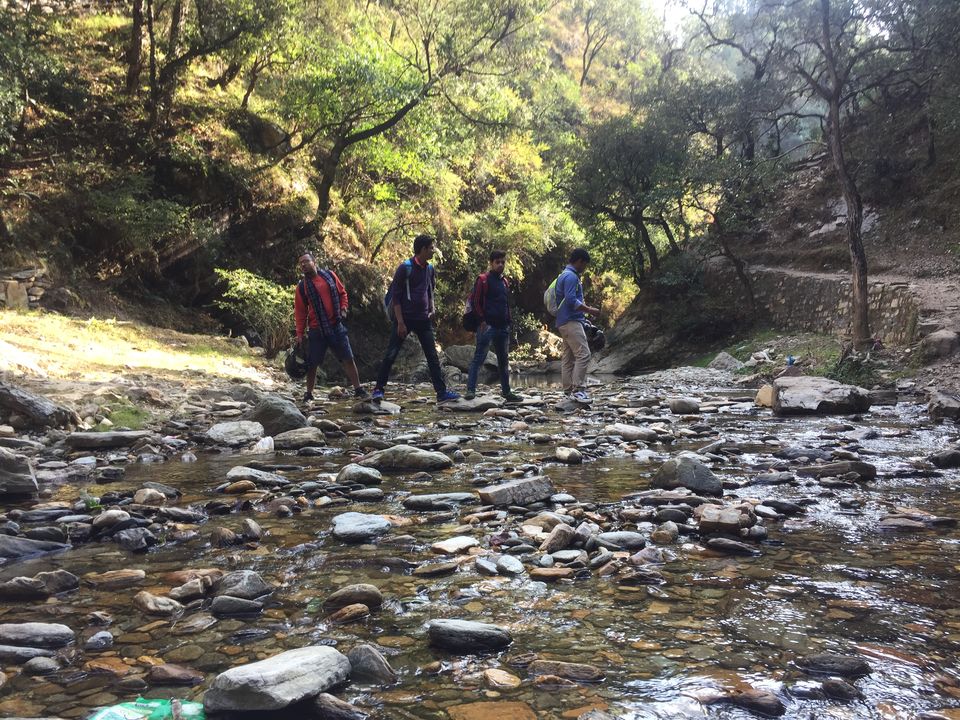 After half an hour we finally reached the place we all wanted to see. Despite the fact that it was winters we couldn't resist our temptation to dive into that water. The water was a** freezing and gave us a shock as soon as we entered it. It took a while to settle down and once it did we all had a great time. 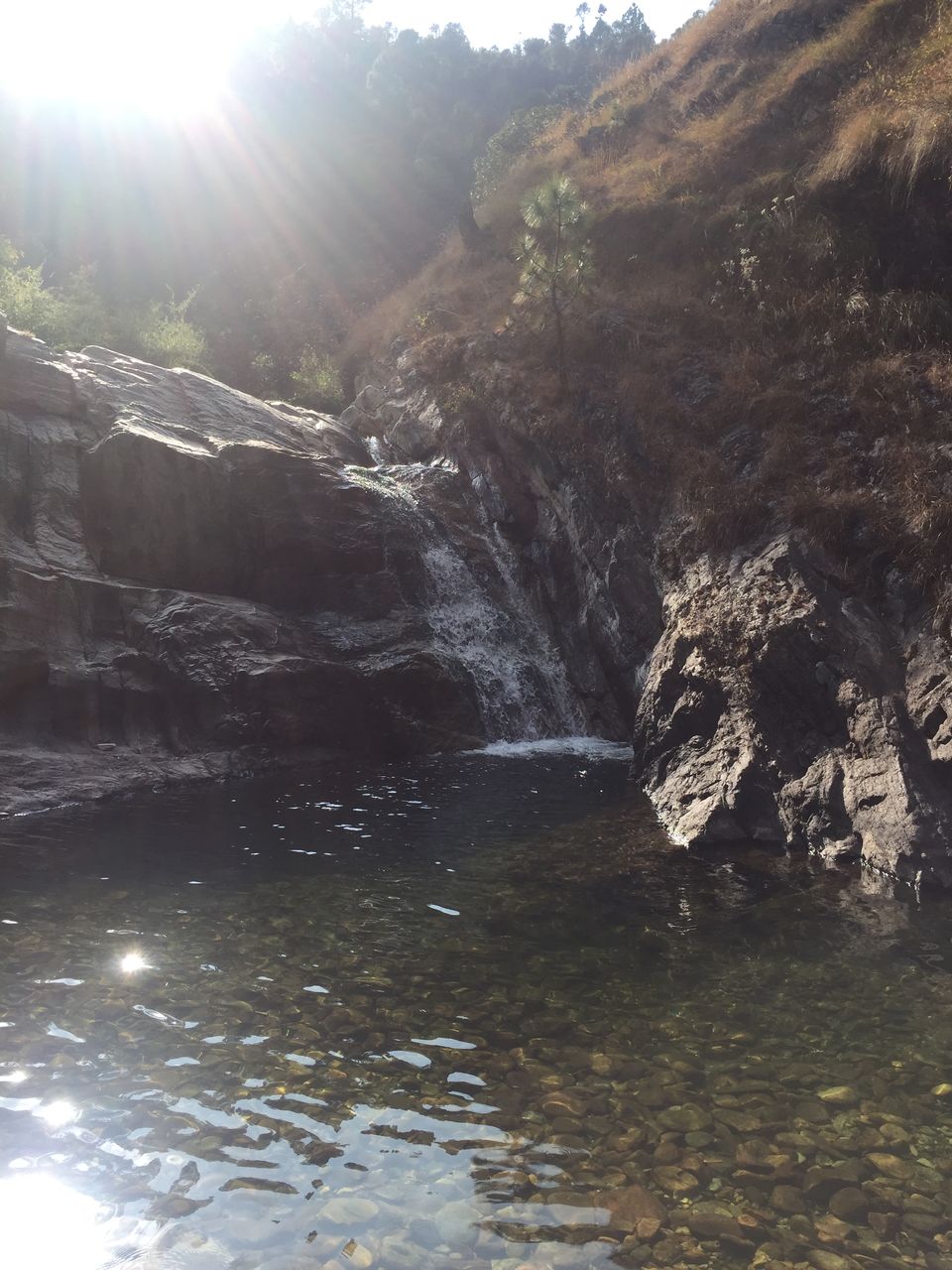 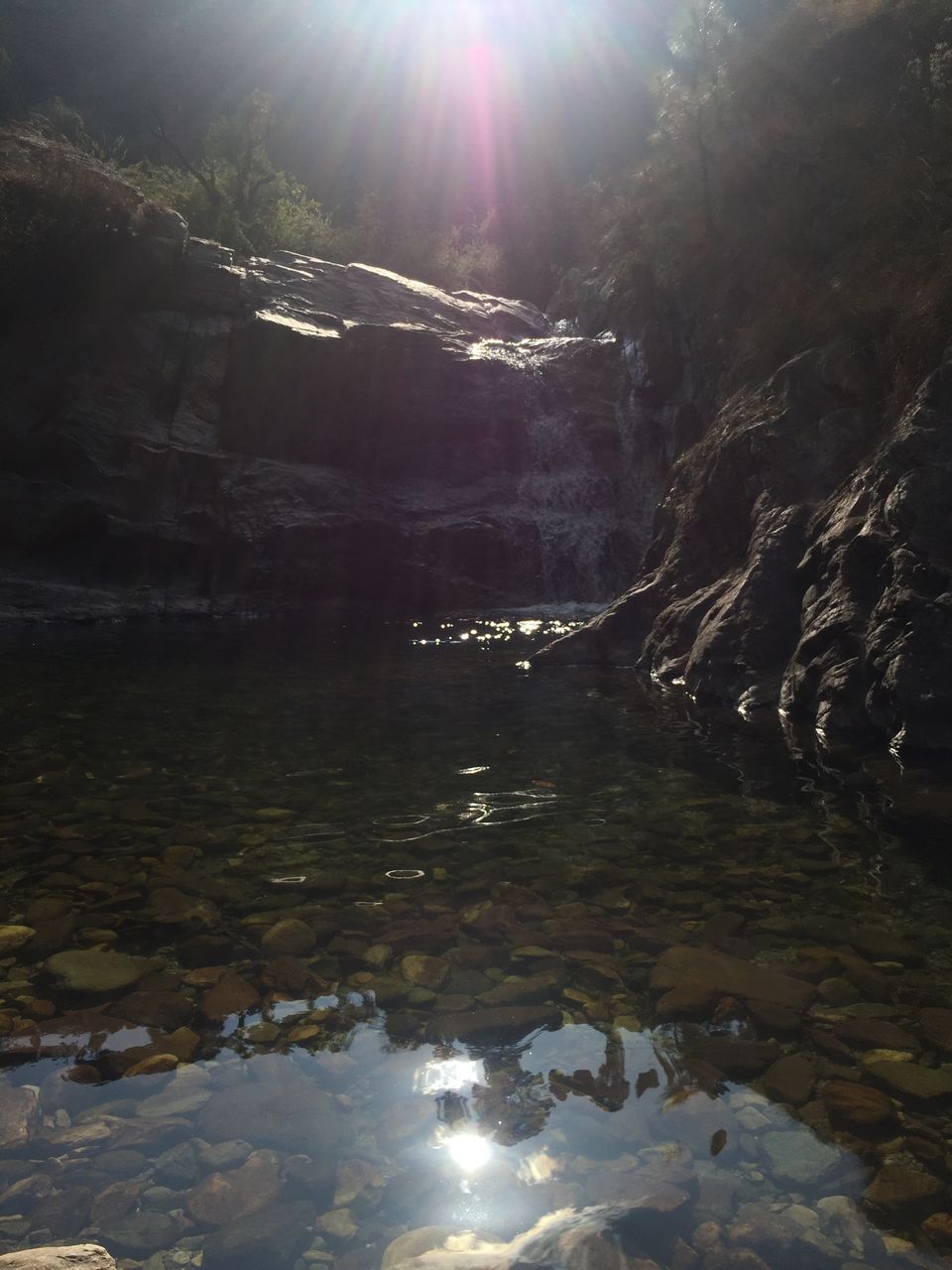 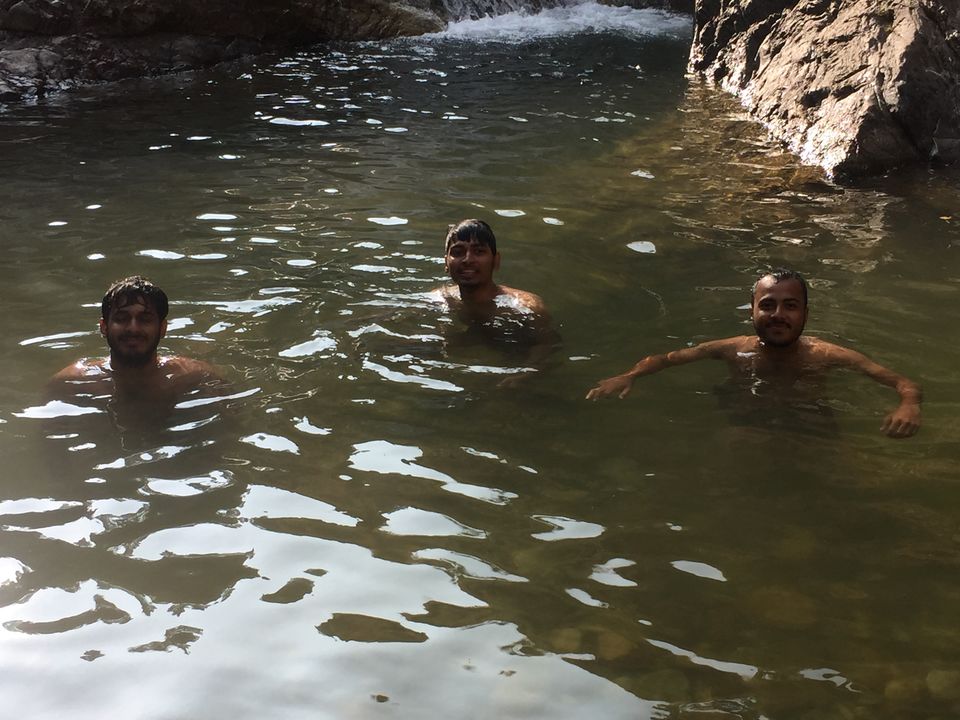 After this our trip concluded on a wonderful note where all of us enjoyed the last meal of the day. Deep down a great memory for lifetime was created.