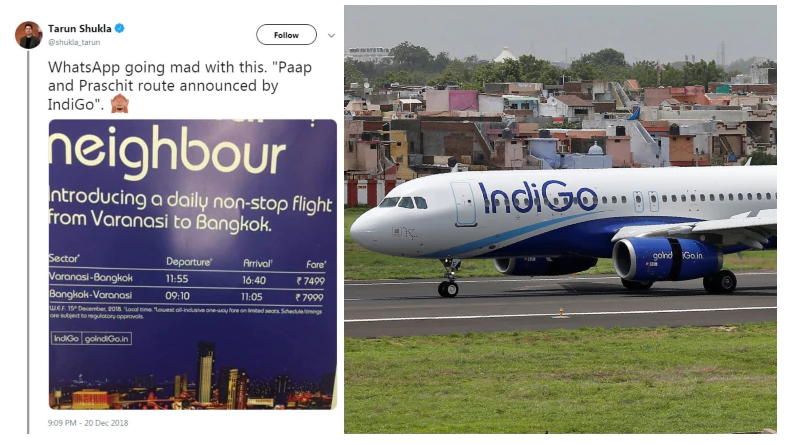 IndiGo recently announced direct flight from Bangkok to Varanasi giving netizens a reason to brush up their meme skills. While the direct flight is itself a buzz in the town as it will make Bangkok trip easier and more convenient, the announcement did tickle funny bones of Twitteratis. Giving Indigo’s announcement a hilarious turn, Twitter users called the direct flight as ‘Paap & Praschit' route.

While Bangkok in Thailand is known for its sex tourism and bold vibes, Varanasi in India is a major pilgrimage spot in the country. How could one not point out the obvious in such case.

The airline carrier’s ad with a caption “Love Thai Neighbour” received a quirky twist and has been circulated over social media sites and messaging apps.

Have a look at some of the most hilarious tweets:

Have you ever been to Bangkok? Share your travel experience with Tripoto community here.