Varanasi Travel GuideVaranasi TripsVaranasi, A Bag Full Of Happiness Tied With The Rope Of Reality

Varanasi, a bag full of happiness tied with the rope of reality 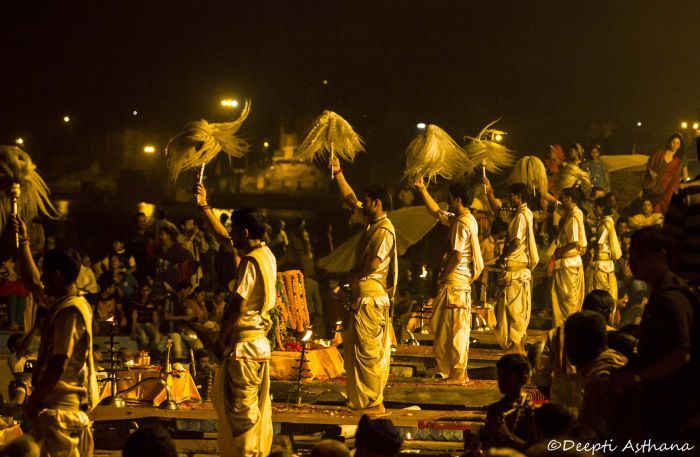 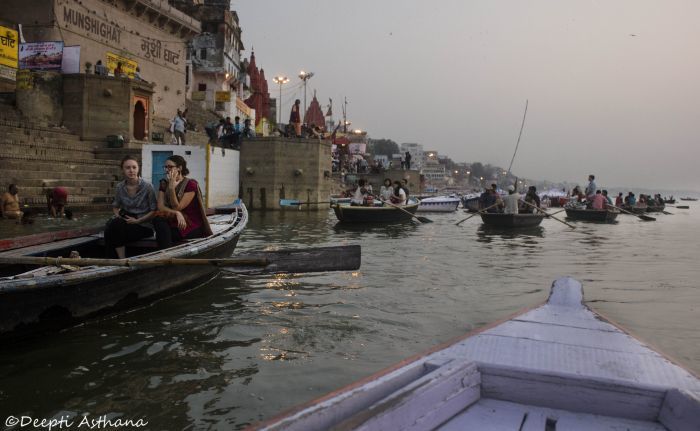 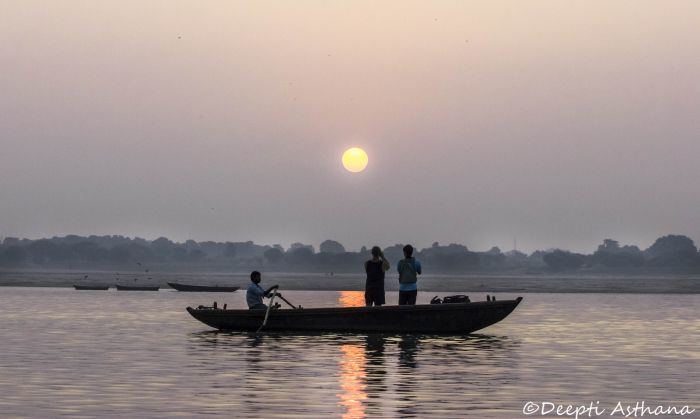 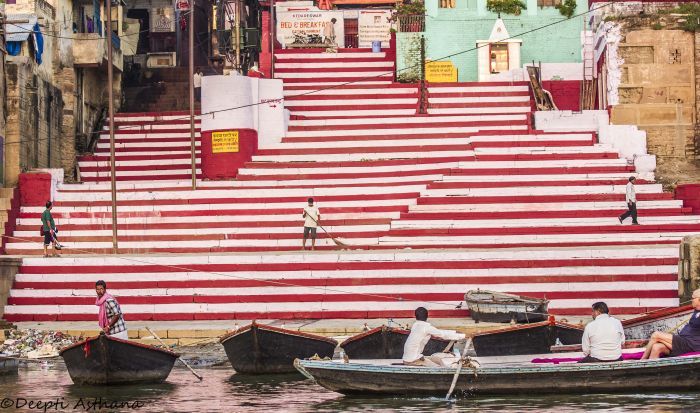 Its all about perspective 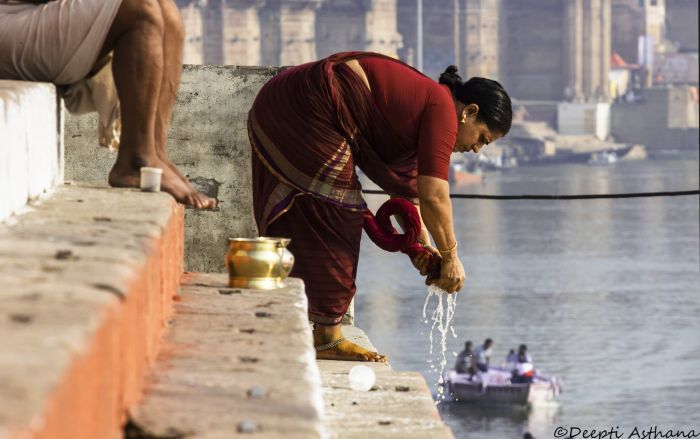 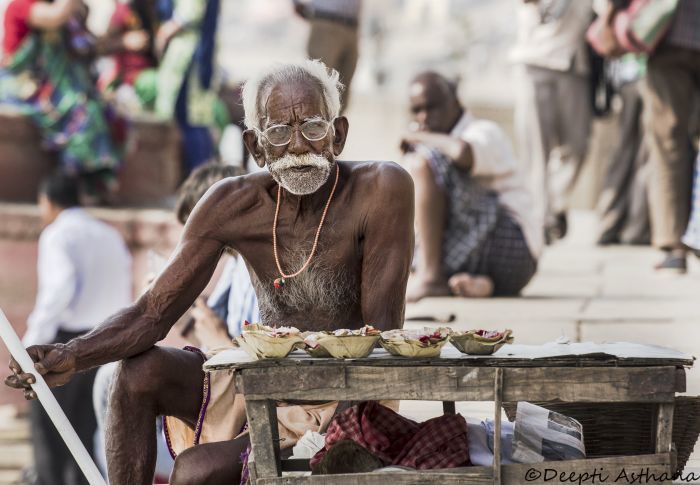 Varanasi or Banaras: the religious capital of India. The city is said to be as old as time and one of the oldest continually inhabited cities of the world. The city has been a mute spectator of the changes in the world, in human race and in the city itself. Despite being witness to ancient civilizations come and go over centuries, Varanasi is still alive, unabashedly colorful, vibrant, and wonderfully rich in history and legends .My trip to Banaras was a bag full of happiness tied with a rope of reality, reality of life.

Sitting in the boat under the hues of colorful sky, I observed the full cycle of life around me. With the sunrise, the whole humanity got alive. It was one of the most beautiful sunrise and the surroundings were indeed divine. The first thing I noticed was people taking bath and worshipping the Sun by offering the holy water of Ganges. It is believed that a single dip in the holy waters of the Ganges can wash away a lifetime of sins. Many tourists come here to get the head shaved of their babies and it is considered a very auspicious occasion in the life of the child. Such is the effect of the holy River on the Hindus.

According to legend, Varanasi was founded by the Lord Shiva and was his favorite abode. It is said that Kashi doesn’t belong to earth and it resides on the Trishul of Lord Shiva. The tales of Banaras are endless and so is the history of the city of lights. Varanasi was the original hub of art, culture, spirituality and music. Many prominent Indian saints, philosophers, poets, writers, and musicians live or have lived in Varanasi. Several major figures of the Bhakti movement were born in Varanasi, including Kabir and Ravidas. Varanasi is home to the Kashi Vishwanath Temple, one of the most important places of worship in the country, considered to be one of the twelve Jyotirlingas of Lord Shiva, holding great significance in the spiritual history of India.As we sailed further, our boatman showed us different Ghats named after the Hindu Kings who built the Ghats and temples over it. It was miserable to know how the temples were destructed multiple times during the attacks of foreign invaders and also during parts of Mughal period. The religious places have always been the first target of destruction during invasions to prove the supremacy of one religion over another. In fact it hasn’t been too long when the temple and Ghats fell victims to bomb blasts and witnessed the loss of innocent lives. The city survived holding many chapters of brutal attacks and terrorism in it and continues to glow and keep teaching the chapter of spirituality and peace.

The boat took us to the Ghats where we stood face to face with the last chapter of life, death. I have always been scared of seeing a dead person clad in white clothes, but the fear was gone now. Harishchandra Ghat, named after Raja Harishchnadra, the king who worked here as a slave, still had fumes of a freshly cremated dead body, which was initially weird to look at. Everything was so normal for the rest of the people around, the kids were playing near the Ghats and the washer men were cleaning the clothes, I thought it was just me. There were people selling different types of wood for cremation from the most expensive perfumed sandalwoods to the ordinary ones, depending upon how much wealth you have amassed in your life. And the boat ride left me baffled leaving a few questions unanswered. I sat down for a while on the Ghats to soothe down my wandering mind and observe the beauty of life. I don’t know whether it was a spiritual journey or not but a part of me was transformed, understanding that do not take life for granted, we are immortals and the cycle of life and death continues, whatever we do in between will only remain alive.

1. Try to find the hotels near the Ghats, staying far from Ghats is a real pain and you might get stuck in traffic

2. There are couple of phenomenal food which you must try- lassi, chat, tomato chat. Kashi chat Bhandar is a great place.

3. A morning boat ride is the best part of being at Vanarsi. I experienced probably one of the most beautiful sunrise from boat.

4. For Ganaga Aarti which starts at 6, you should secure a place in advance. There are a few boats near the Ghats which let you watch aarti from there. Negotiate sensibly.