In pursuit of answers

I have been told often that the nature has all the answers. But I haven't ever had the chance to feel like so, until the jeep I got in from Vellamunda in Wayanad ferried us till a bamboo made bridge in a nondescript village called Niravilpuzha.

The jeep halted there and I, along with my classmates got out and started walking towards through a path surrounded by green lush trees and plants. The purpose of the visit to Niravilpuzha was to meet Shyam Balachandran , an ordinary man who is constantly trying to rebel against the rules laid down by the society to us. Ofcourse, I was filled with excitement and curiosity to meet this man with a ‘ one world’ dream. Five years ago, Shyam decided to abandon the urban lifestyle he was living in and moved to Niravilpuzha with the hope of connecting himself with the nature.

So, we kept walking for like ten minutes and reached in front of a small house that would have been made at least 30 years ago. There was a huge tree in the front yard with a cot made of mat lying beneath it.

We were cheerfully welcomed by a man who looked like in his 40s, clad in a loose t-shirt and pajama pant ,covering himself in a thick shawl - perhaps to beat the freezing climate. He was tall and slender with a shiny black hair till his chest and eyes that partially opened. From what I have learnt about Shyam, it was easier to recognize that it would be him since his appearance had the uncanny resemblance with his ideas and beliefs.

We all hastily moved towards the well in the front yard and drew water to quench our thirst. After settling there, mats were arranged in an arch shape on the ground with Shyam on a chair facing us. The interaction began and all of us keenly noted his wise words and life stories. We had a lot of questions to shoot and he answered all of them easily.

After the interaction, we walked to the organic farm that he was growing in an one acre plot. The path to the farm was narrowed and filled with difficulties since there was another bamboo bridge that was hanging loosely on the air, but the end of it was a beautiful sight to the eyes. There were milk white over casted clouds on the blue skies above and emerald green paddy fields all around. There was a widespread farm of plantain trees and pepper through which, Shyam and his partner survive their basic needs. It had all the elements of a village that we typically see in movies.

While returning back, I was calm and silent, pondering myself through many things. It made me question the things I was hiding myself from. It was a relief to be able to connect with the nature. Away from the hustle and bustle of life, a few hours spend in Shyam's wonderland kept me sane from all my insanities.

It was almost like a meditation to my soul and surely an invitation to come back again. 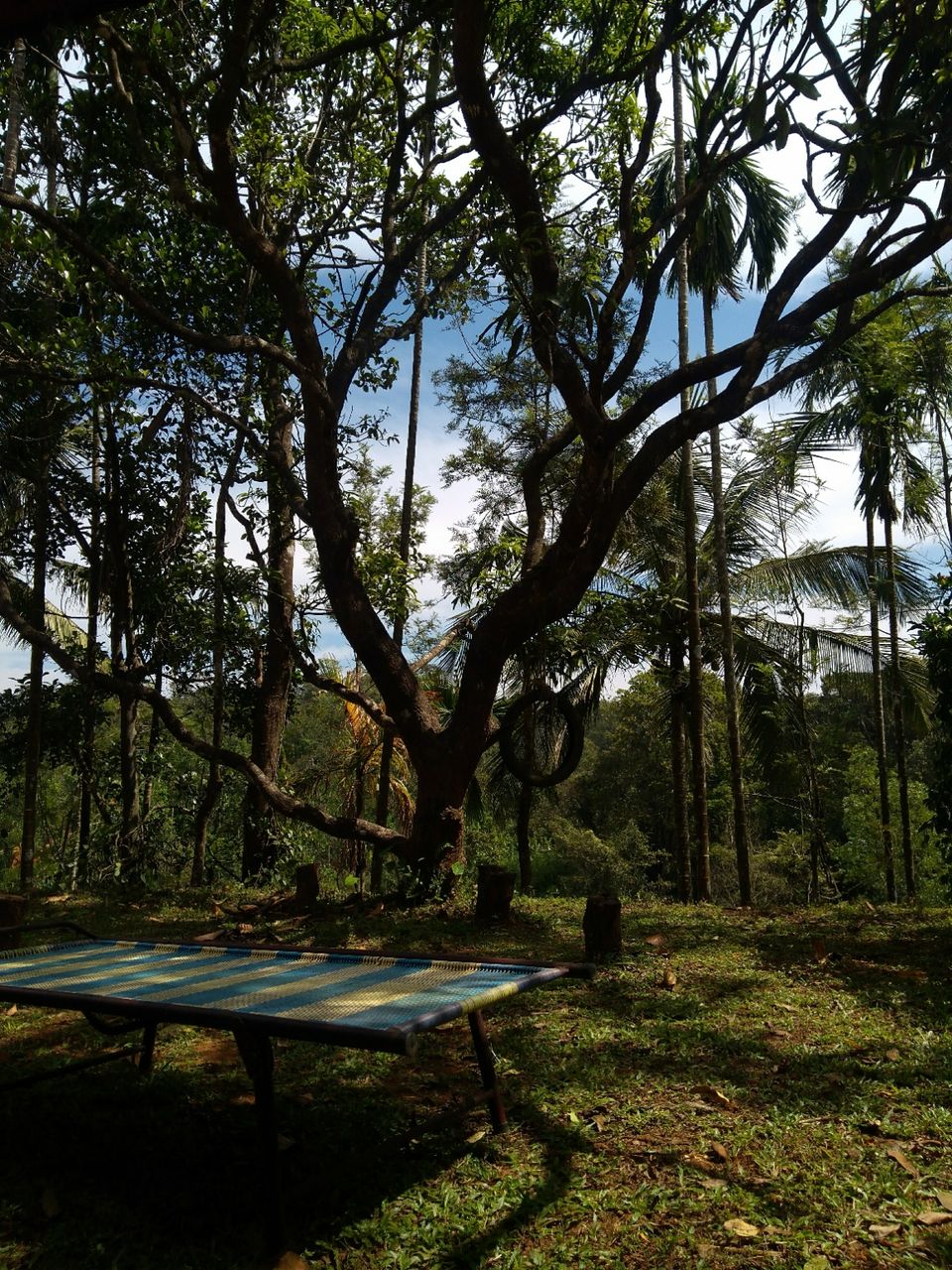 Bamboo made bridge on the way to Shyam's residence 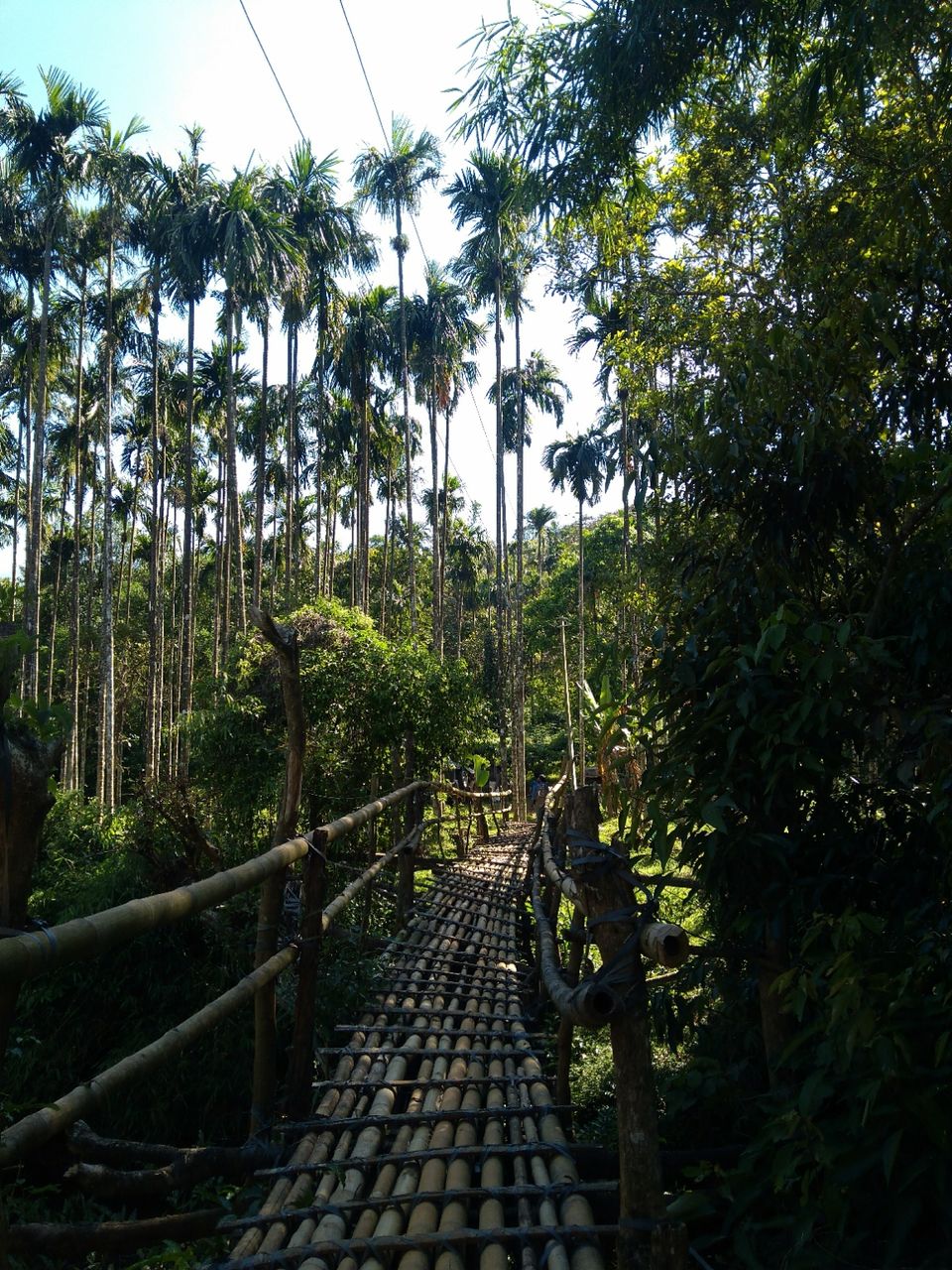 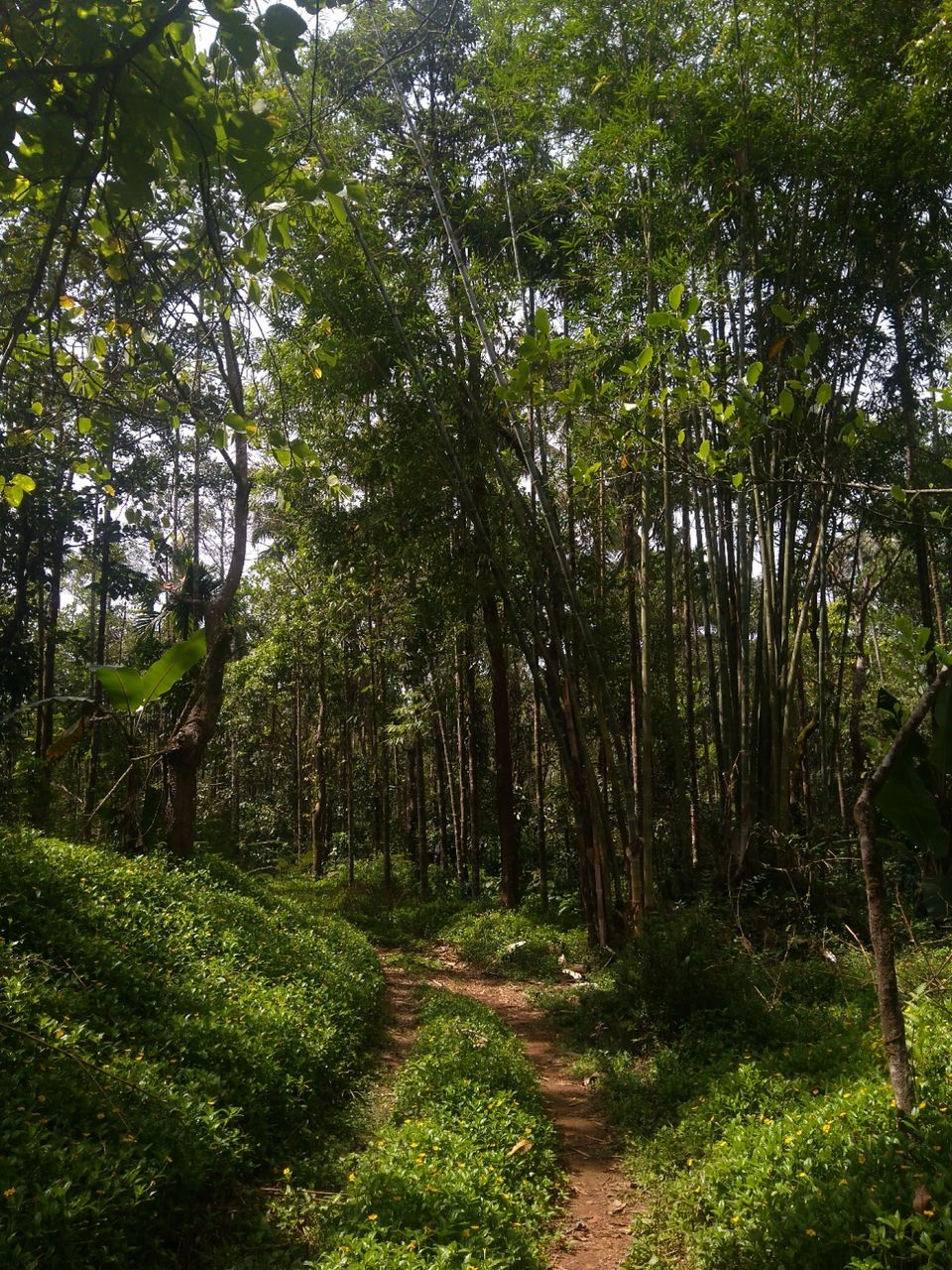 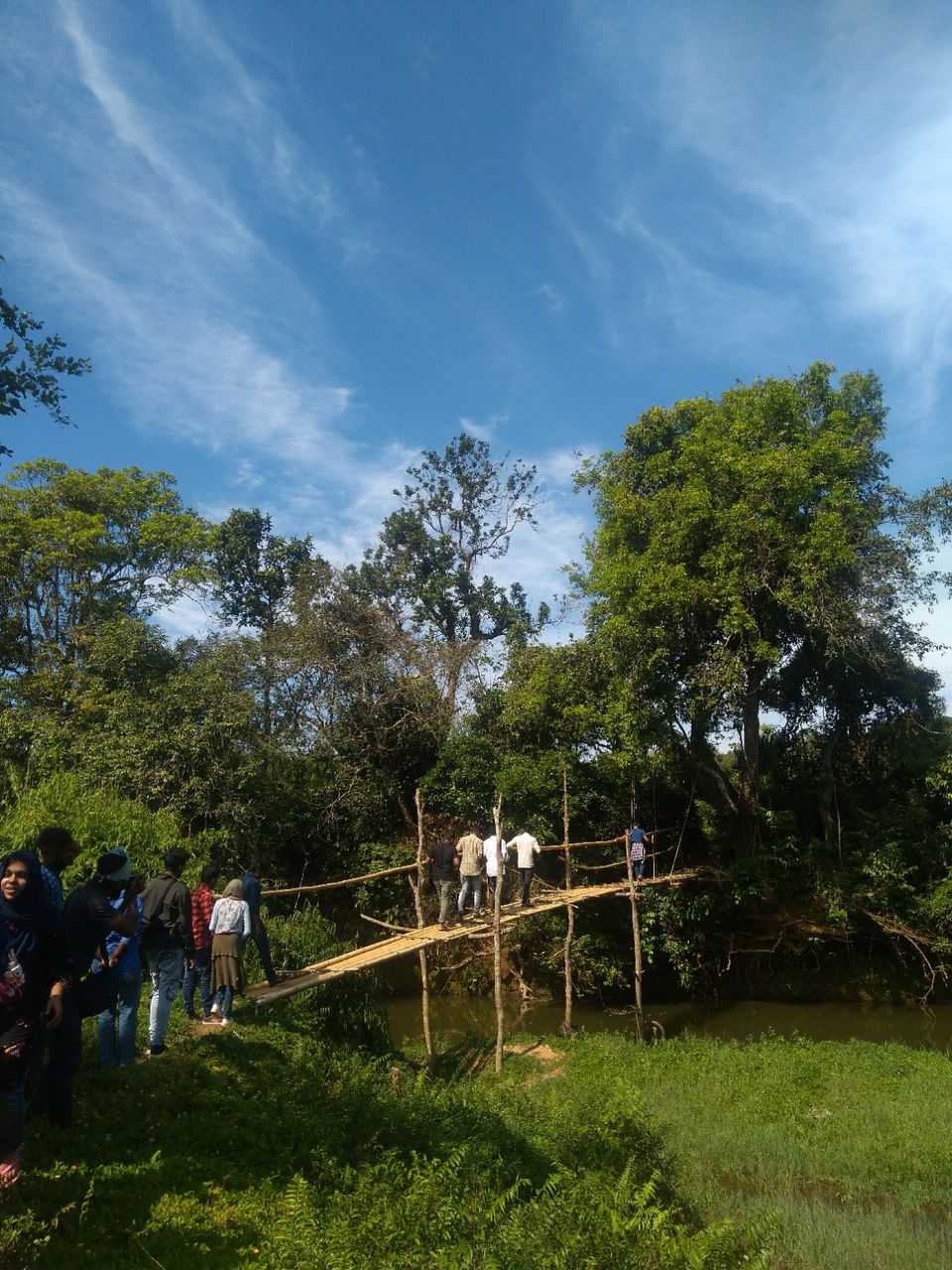 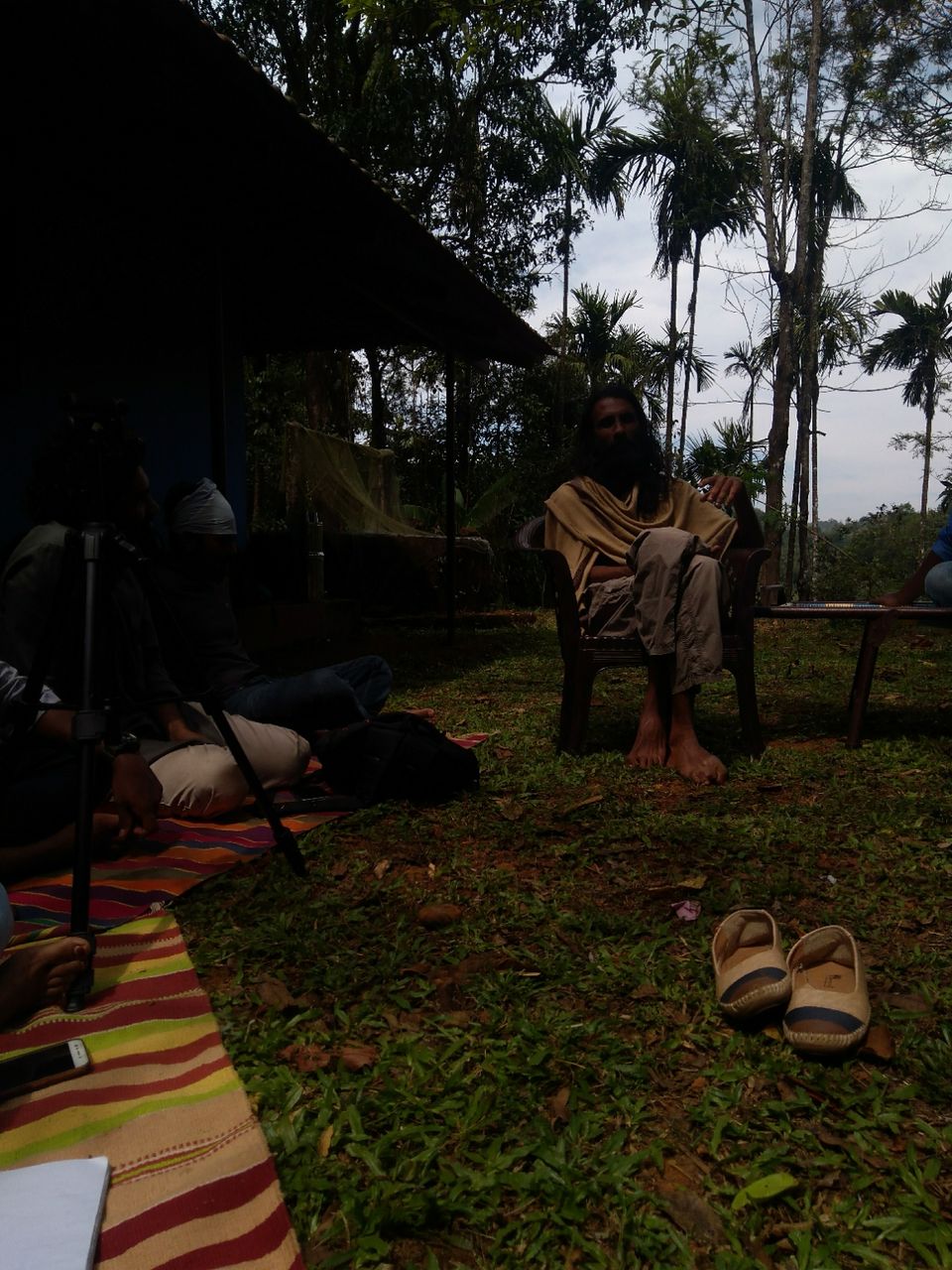 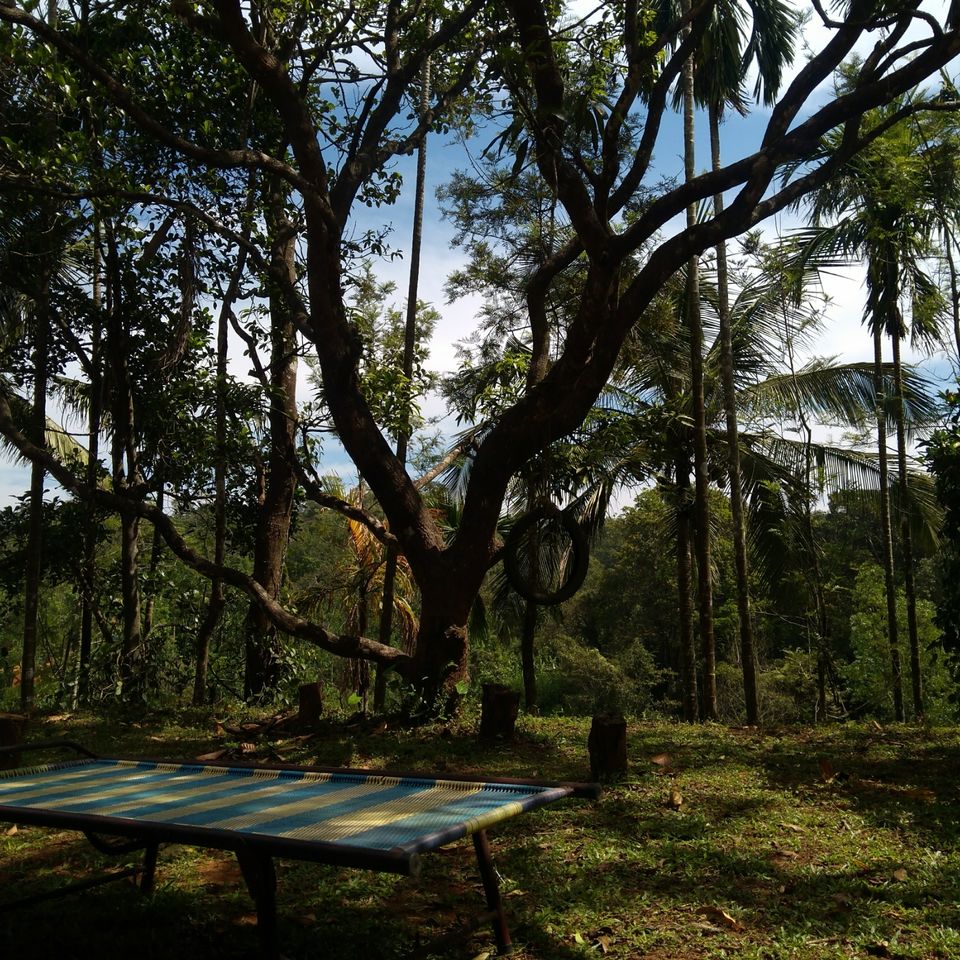