Have you ever been to a place that is beautiful to its lair without being pompous about it? If yes, then you have already known paradise on earth and if no, then this is your opportunity.

They don’t call Kerela ‘God’s own country’ for no reason. It has beautiful places that rested back and saw the world move. Wayanad is one such place that has managed to keep commercialization at bay and held firmly to its roots, quietly sitting near the foot of the country, welcoming home anyone and everyone who steps here. To all those who love beauty in simplicity, this place will not disappoint you.

For twelve people from Bangalore we booked a twelve-seater Traveler that started at eight-thirty in morning and reached by seven thirty in night, mostly because we forced our driver to stop many times on the way to click pictures and breathe in the fresh damp air. The road carves its way through Bandipur National Park and once in a while you can spot dears and elephants in the forests adjoining the roads. The rain kissed roads are wide, clean, curvy and green. Once you enter the Kerela border, the journey turns jaw-dropping picturesque, so does the weather. The famous stooping coconut trees in wet fields, the thick fresh green vegetation jutting out on the cemented road ahead and the speeding Traveler through the snaking caves formed by tree branches bending on either side of the same wet road- if you love long drives, you have to be year. You can chose any time of the year. We chose October. 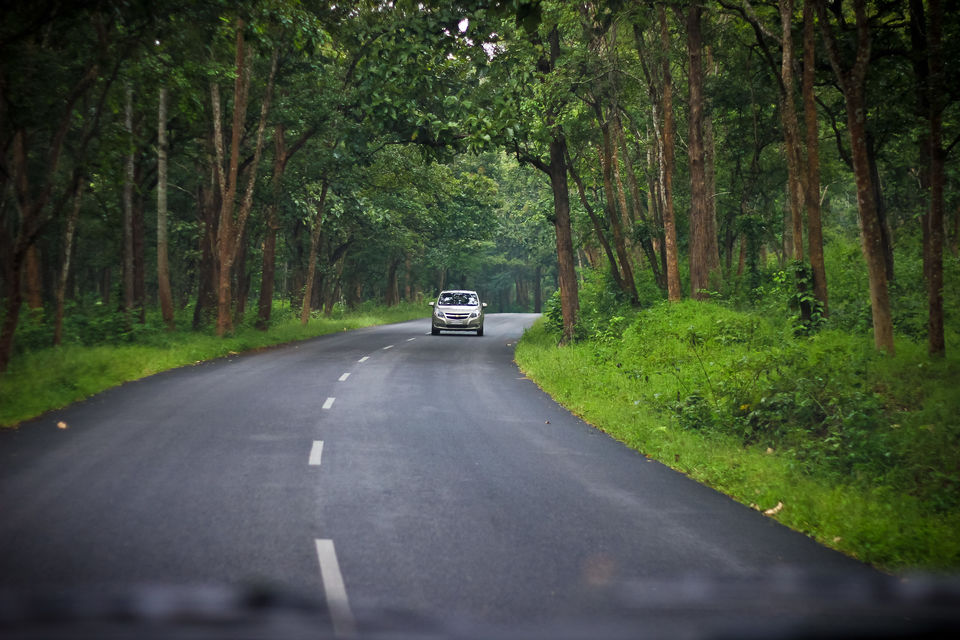 One of those places by the road 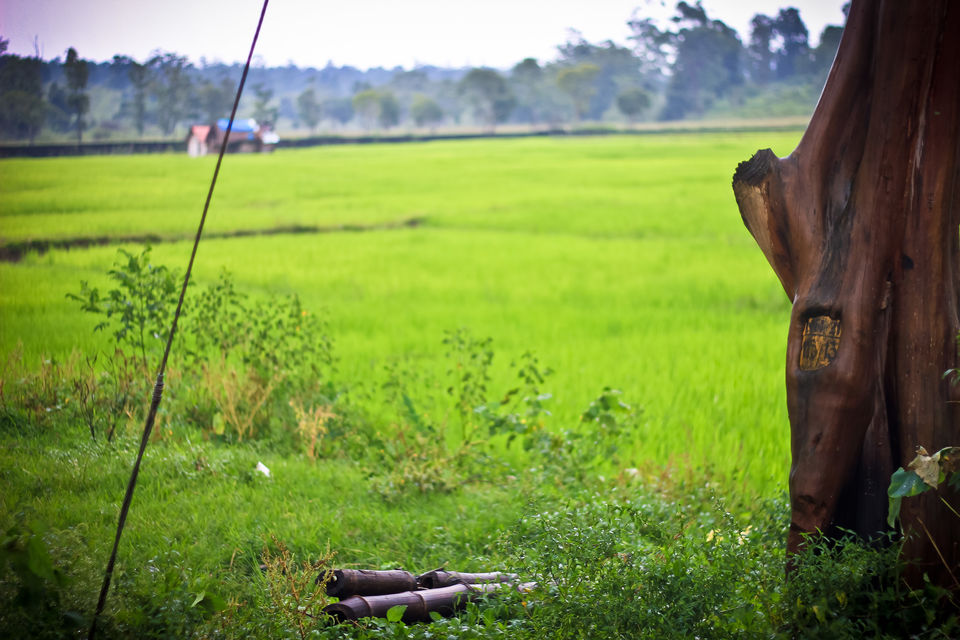 And when we thought the journey was always more beautiful than the destination, we drove up the hills for our stay for the night. Hotel Cloud 9 was nothing like an ordinary hotel. To begin with, it was not a hotel. It was a three room cottage on the hills with an open dinning space surrounded by mountains and trees and lighted up with oil lanterns hanging from the ceilings. The fog, the screeching swings and an old well colored the place mystic. So we grabbed quilts from rooms and sat down for spooky stories. Tiny yellow lights flickered on the silent mountains, suggesting habitation. The cook served us omelette and tea and sent down his son to get bread and tomatoes for the morning. We were allowed to use the kitchen to cook whatever we wanted. 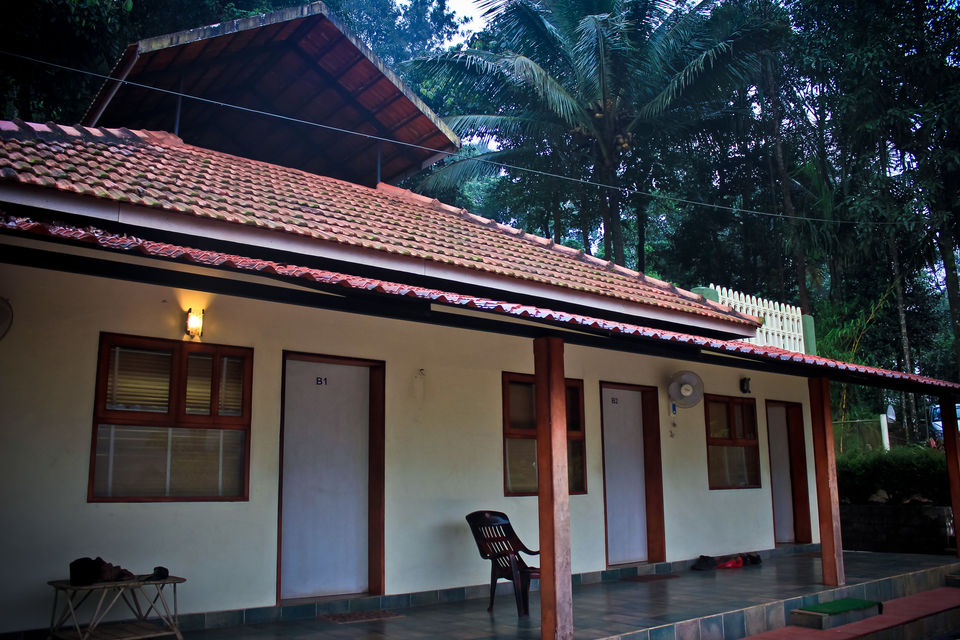 The night had hidden much of its beauty. When I woke up to brush my teeth the next morning, I wished I could always make my teeth brushing ceremony so unique. The scattered clouds rested lazily on the laps of the shaded mountains and scattered the sun rays like an artists brush stroke.

the morning on hills 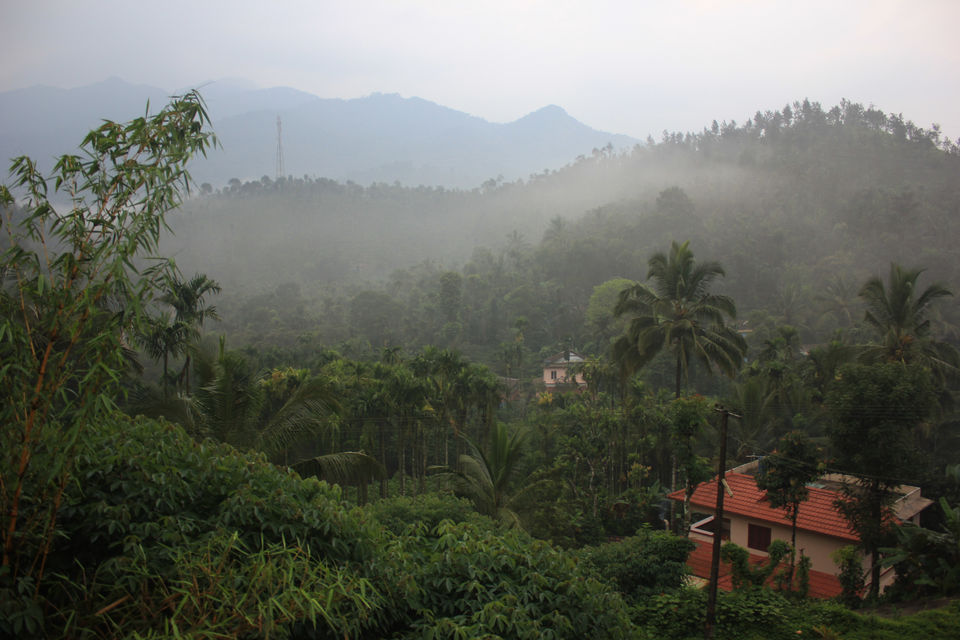 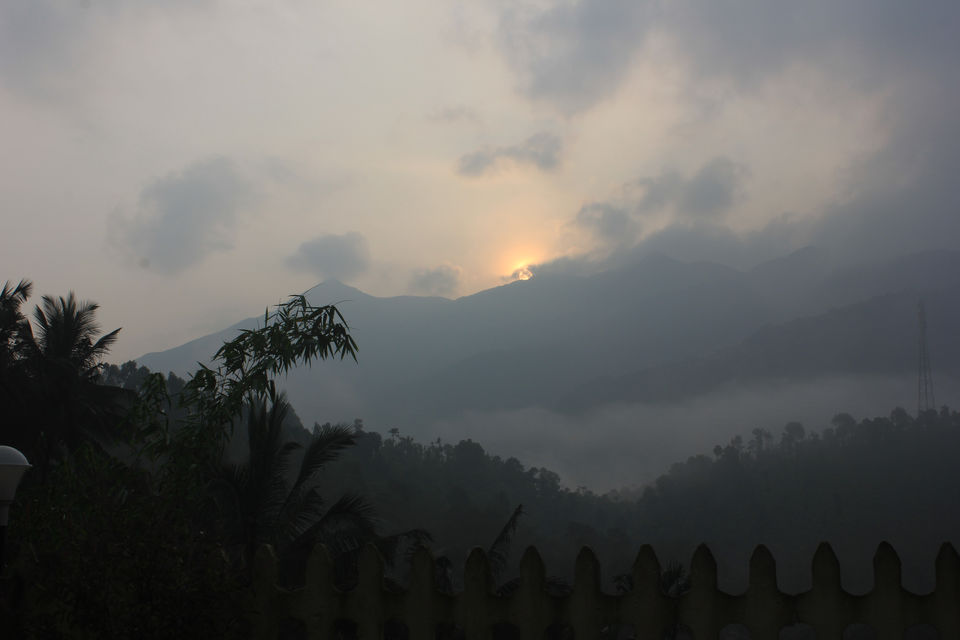 But then the place was only temporarily allotted to us because they didn’t have arrangements for the first night in the actual hotel we were supposed to stay. I bid my cottage goodbye with a heavy heart; almost sure the heart of my journey rests here. But the next home-stay quite airily, if not in a better way, lived up to its name too. ‘Green Valley Holiday Home’ was situated on a higher hill-top, accessible only through narrow heavily vegetated long road. The rooms were well furnished and polished, but the view from the balcony was the show stopper. It opened to mountains with tea plantation running along its length and a soft humming waterfall right in the middle of it, frothing where it hit rocks, curving like a woman’s body everywhere else. 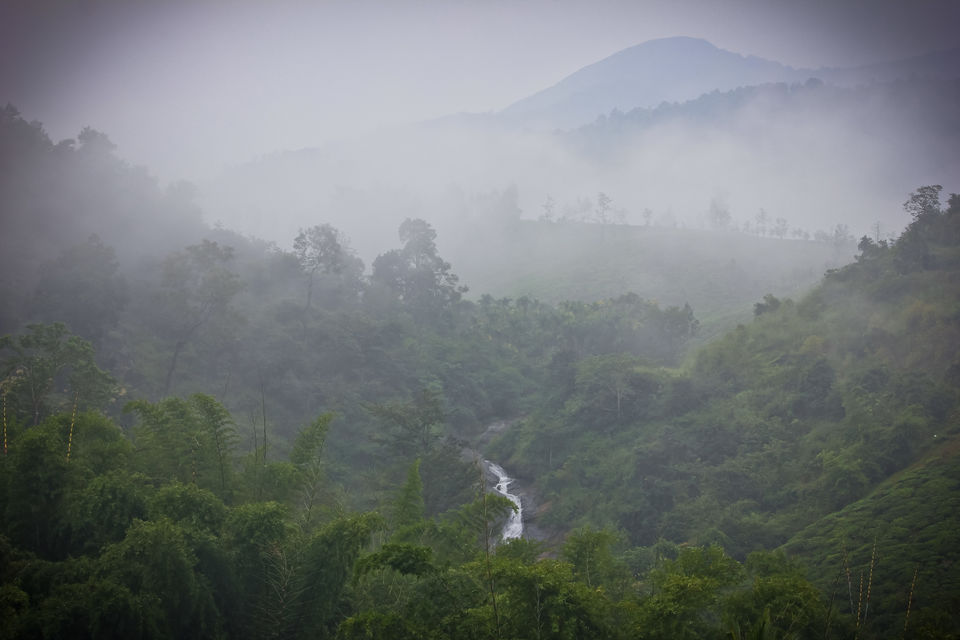 We had started falling in love with the stay. After lazing around for a while, we asked the manager for quick getaways for the day. We moved around the place in our traveler, got down at random places to click pictures and eat. At night, we returned with drinks to a lavish meal of chicken, mushrooms, breads, rice and milk shakes.

Next day we trekked through the Chembra peak, the highest peak in Wayanad at 2100 meters above the sea level. There were two peak points that we covered by quarter of the day with the help of two guides.

Us, enjoying the view at the highest point 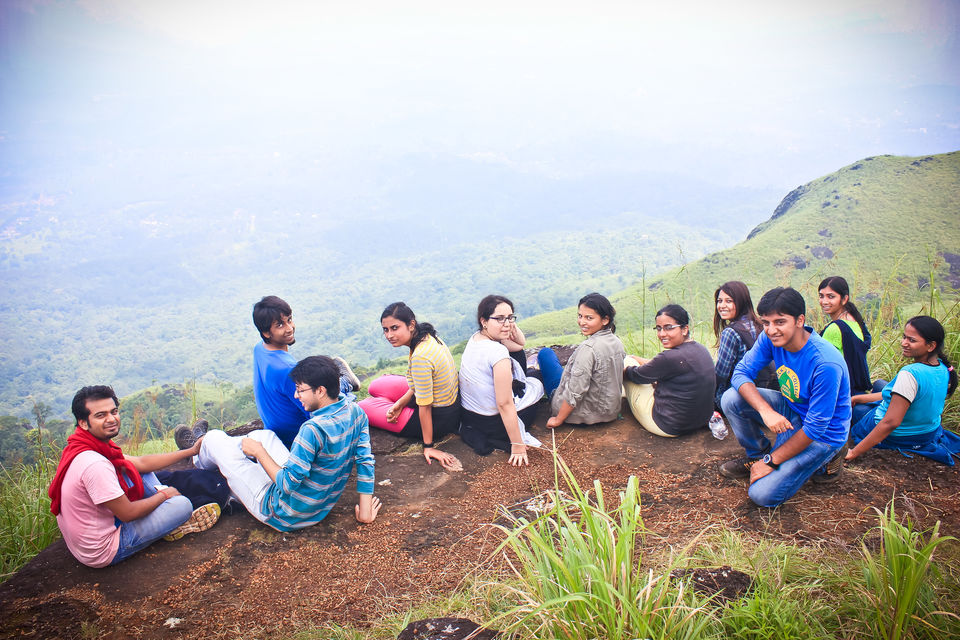 At the centre of the highest peak is a heart shaped lake, the lake of love, where you can rest after the draining trek. 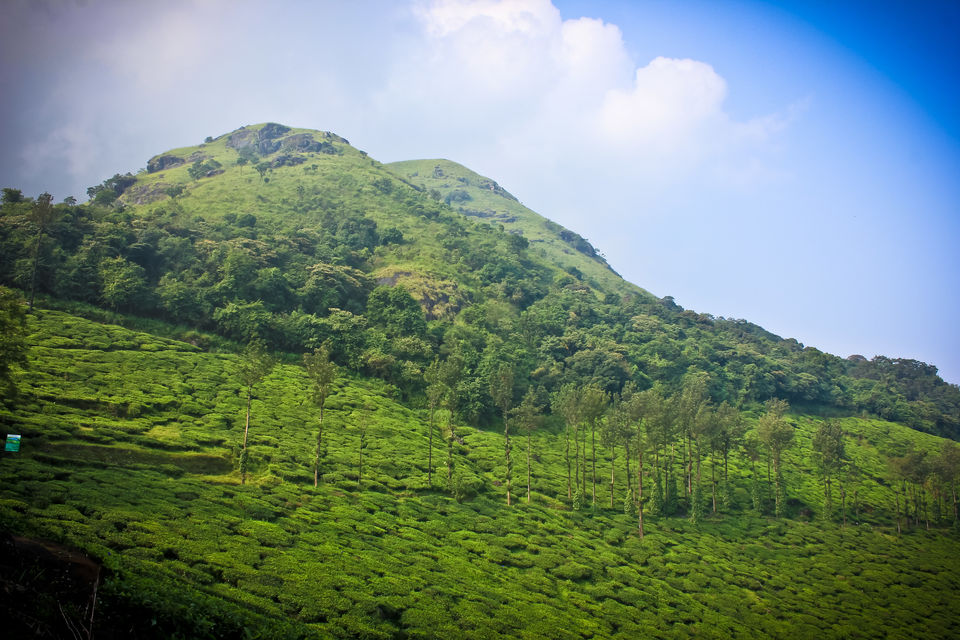 Then, after a tiresome trekking, climb down and take a dip in one of the cool waterfalls, Soochippara. Carry an extra pair of trousers with you, because the water is tempting and you cannot just sit and observe the mighty fall. Lakkidi View point is much hyped. Apart from this there is a beach that was only sixty kilometers away but we didn’t have time to go there, for it was only a two day trip.

BEWARE OF LEECHES. They are plenty in number and easily slide in through your shoes and socks unnoticed. The natives suggest the use of strong deodorants, the smell of which keeps the blood suckers away. So don’t forget to carry deodorants with you. Also, pack a bottle of sunscreen to avoid tanning after the trek and at least one woolen garment for the night. And be alert of the weather. It rains untimely and when you expect it the least. But packing an umbrella would spoil the fun. Get drenched. Get the feel.

All in all, visit this place for the limitless mountains, the uncertain weather, the lush green plantations and the surprising stay, which according to me was what I will remember most. Visit the place that has humble houses on hills, pure air on its roads, and serenity in its soil.