CREATORS OF THE CREATOR - Safarnama 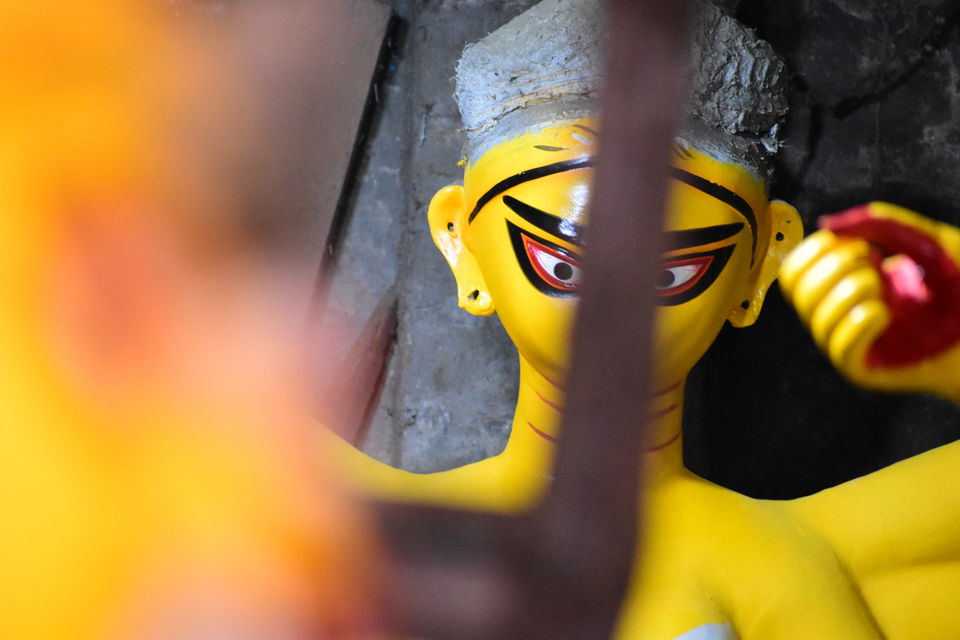 So finally the wait is over, it's that time of the year where the country is geared up to celebrate the arrival of the ultimate power " Durga" amidst the chaos around with a heart filled with hope that only she could put end to the evil epidemic around. As the world is well aware of the prominence of the "Durga pooja '' in the Bengal as it is considered to be her native home, where it is also termed as "Akal Bodhan". ("Untimely awakening of Durga").

Every one of us is overwhelmed by the festival, but let us take a moment to realize that even the creator of the earth was a brainchild of a creator among us. If you are still figuring out what exactly my point was, let me take you through the narrow lanes of the northern Kolkata that shall answer your doubts and showcase the reality behind the captivating idols being showcased to the world. "Kumartuli'', an 300-year old establishment of potters, where around 500 artisans settled along with their family and living on the basis of art instead of leaving behind the roots for better options.

After the victory of The British Colonisation of Bengal and India in the Battle of Plassey (1757),a new settlement was formed turning Gobindapur, Sutanuti, and Kalikata into metropolis of Calcutta later. Under the orders of directors of British India Company, separate colonies were allocated for workmen. Suriparah (the place of wine sellers), Collotollah (the place of oil men), Chuttarparah (the place of carpenters), Aheeritollah (cowherd's quarters), Coomartolly (potters' quarters) and so on were created.

The potters collect the clay from the banks of river Hooghly also known as "Ganga Mati", another interesting fact is that this clay is being mixed with the soil near the doorstep of a prostitute, which is a ritual to include all members of the society in the puja. The sculpture is casted on a framework made of straw and supporting beams. It takes around 1500-2000 kgs of clay to create a 12-foot structure. It is then laid to dry for some time then later the paintwork begins, in which flour of tamarind seeds are mixed in the paint for gummy texture. "Chokkhudaan" takes place at the break of dawn on Mahalaya, where the potters paint the eyes of Durga. These lively lanes also attract the young crowd of photographers who capture the idols coming to life, as they are given final touches on this auspicious day.

There are various styles of decoration of Durga idols. Some of the well-known ones are: Bangla, Art Bangla, and Dhakershaaj - where idols are decorated with fine white Shola or Indian cork made from the Shola pith plants found in marshy areas. A large number of sculptures are adorned with real clothes, while some have clothes sculpted on them and then painted.

It takes a great level of patience and perseverance to shape their imagination into reality amidst the scorching sun, congested space and adding to it this year turned out to be the nightmare with cyclone amphan washed away the months of hard work, while the epidemic corona took away the hope for better living with very few orders received as on date. As we stroll across the lanes, we can not only get a glance of splendid skills but also the spiritual connection of the people with Durga, which is the only motivation for not giving up even during tough times.

As I started speaking to one of the renowned artisan mala pal, who has been creating splendid idols for last 14 years, I realized that the damage created by the circumstances left around 500 artisans, 3800 labours speechless. According to the local information Last year, 15,000 (Kali), 8,000 (Lakshmi), 2,500 (Viswakarma), 5000 (Durga) idols were sold, which might not be the same this time considering many facts. The lanes started screaming for help and It is high time that we need to address the issue and support the creators who invested their life in the universal faith and let us prove again that God reside within us and at the end of the day humanity saves more lives.

Let us have a sneak peek of the hardship hidden behind this beautiful hope from the lanes of Kumar Tuli .

For Full Video do Check out:https://youtu.be/v0hdeRZGzHk