Bishnupur - The Temple Town of Bengal 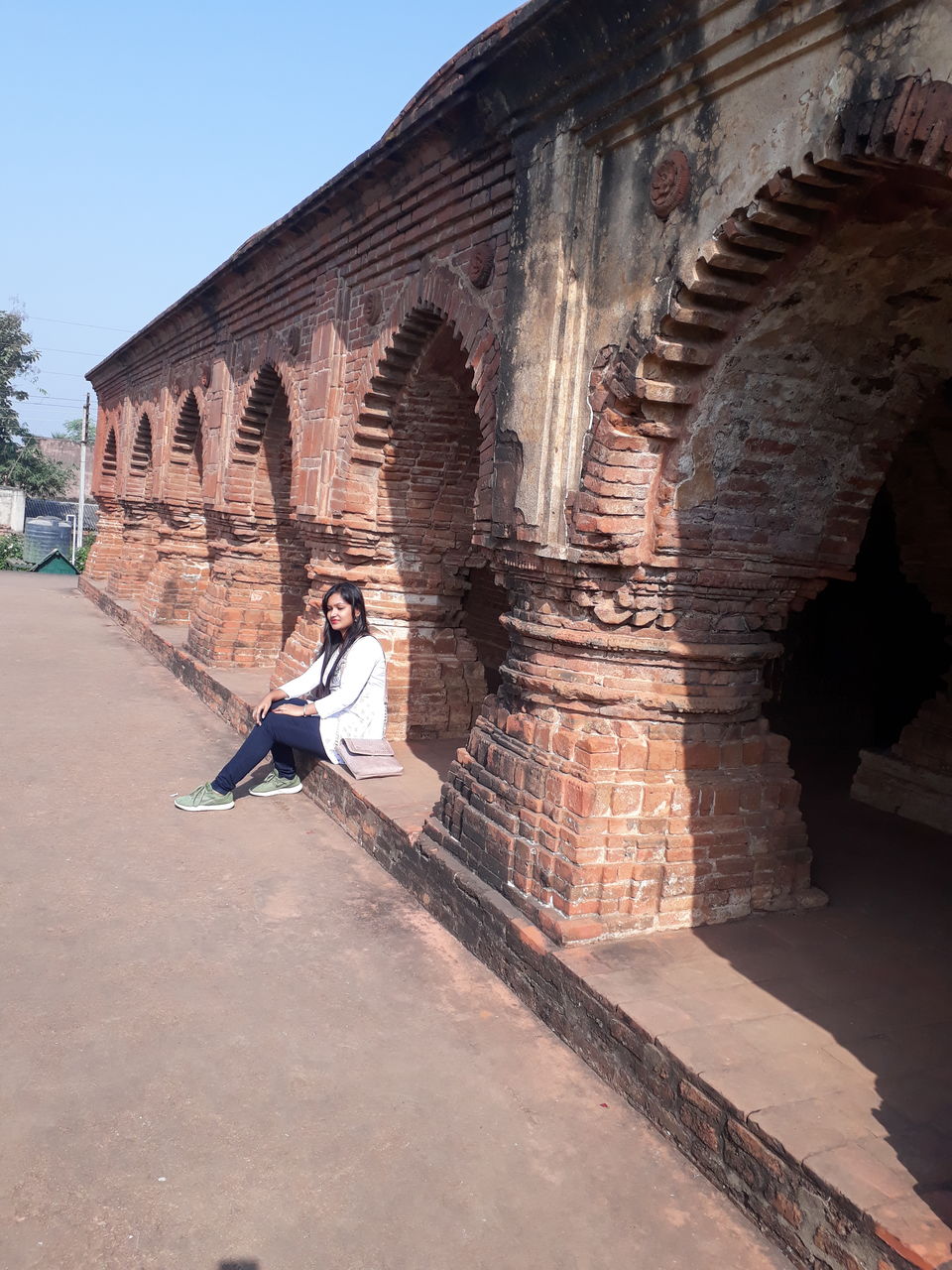 During the period spanning from 8th century CE to 20th century CE some parts of the state of West Bengal were ruled by the Hindu Kings of Mallabhum empire. Mallabhum ,meaning the land of wrestlers,comprised of present day Bishupur in the district of Bankura. Bir Hambir,one of the malla rulers, adopted Vaishnavism and Mallabhum became known as Bishnupur (meaning the abode of Vishnu).The Vaishnava kings started a tradition of constructing beautiful Terracotta temples dedicated to Sri Krishna to create a sacred centre for Vaishnava devotion in this region.These temples were masterpieces in terracotta created by the adept artisans of Bishnupur. The terracotta work done in these temples are simply mesmerizing. The artistic excellence of the craftsmen of Bishnupur can still be observed in the beautiful Terracotta handicrafts that are found all over the area.In the last year I made a family trip to Bishnupur. The beautiful temples, the fascinating handicrafts and the unique Baluchuri Sarees have made me fall in love with this temple town.Words are not enough to describe the experiences and hence I would suggest everyone to visit Bishnupur. There are numerous beautiful temples everywhere in this area.However,I would list some of my favorite ones.

This temple was Constructed by King Bir Hambir in the year 1600 CE for the annual festival of Ras. Ras is a prominent festival where the deities from different temples in the area are brought together at the Rashmancha and worshiped. Ras festival comes from Ras Lila of Sri Krishna where he united with all the Gopis. In this Festival,the main essence is that Krishna is present everywhere,in every form of gods and goddesses.The architectural style of the Rasmancha is a unique combination of Pyramid at the the top,the Bengal 'Atchala' style in the second layer and Islamic arches in the third layer. The Rasmancha has a sprawling garden nearby and the combination of the green of the garden with the Red hues of the Rasmancha in the backdrop is a treat to the eyes.

This temple was built by the malla king Raghunath Singh in the year 1643 CE. The beautiful terracotta embellishments of this temple would make anyone awestruck.The intricate terracotta carvings of this temple depict the instances from the Life of Krishna and Radha. This temple has five roofs out of which the central one is Octagonal while the four corner roofs are square.This style of temple is known as 'Pancharatna'.

This is another beautiful temple stuctured in the form of two joined houses with an octagonal roof('Atchala').This temple is also exquisitely carved in terracotta and all would be left astonished at how intricately every inch of the temple has been carved. 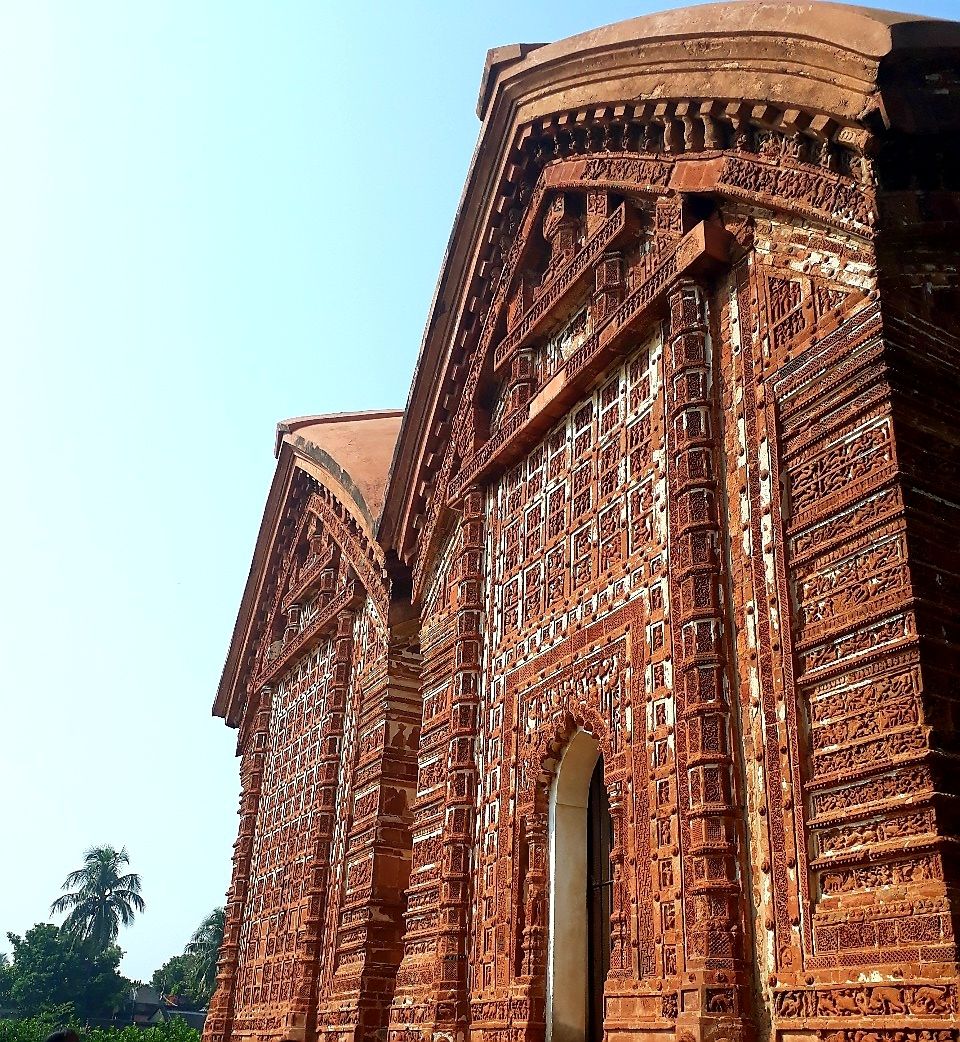 The intricate arches of the jor bangla temple 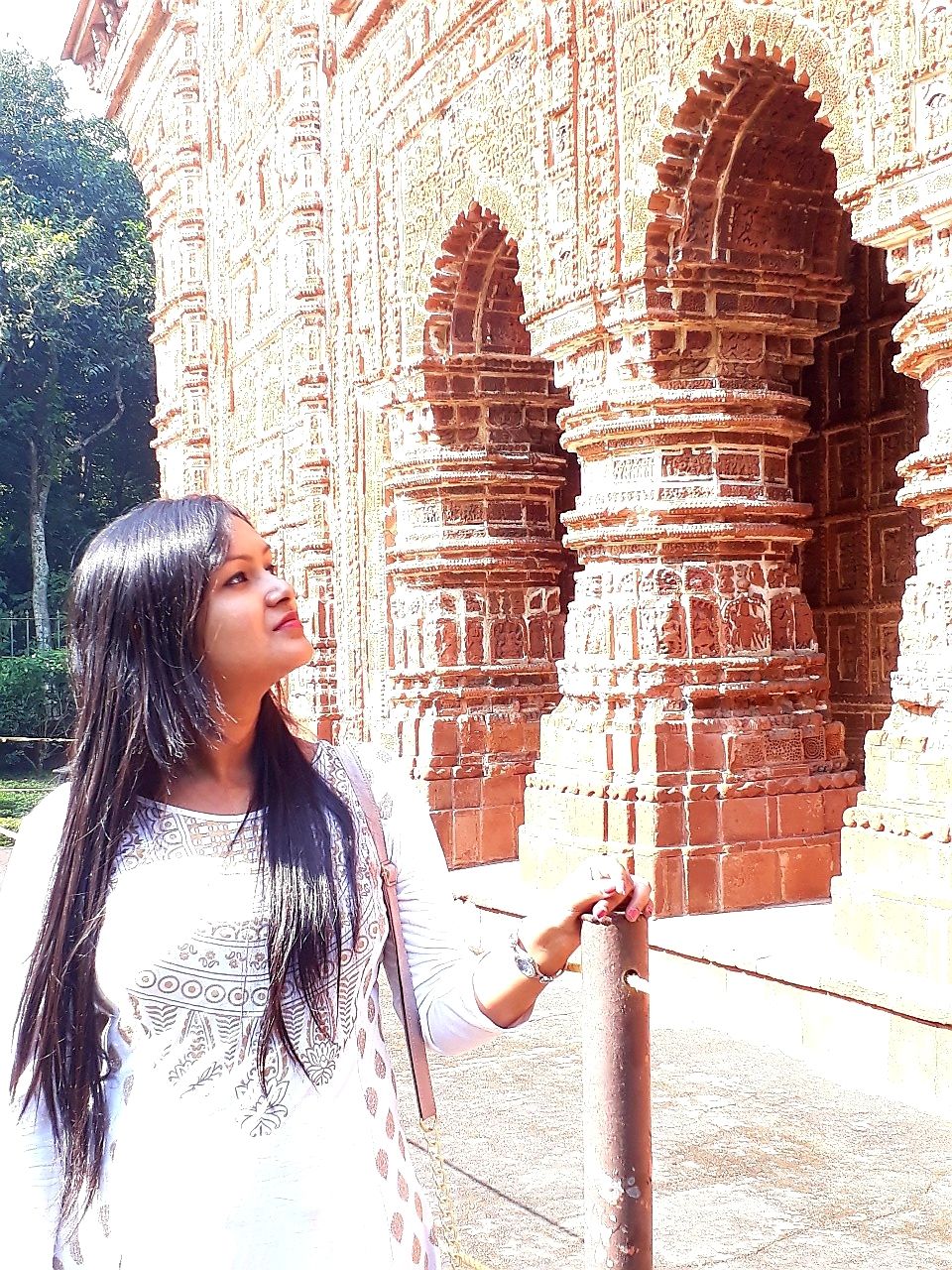 The beauty of the terracotta carvings 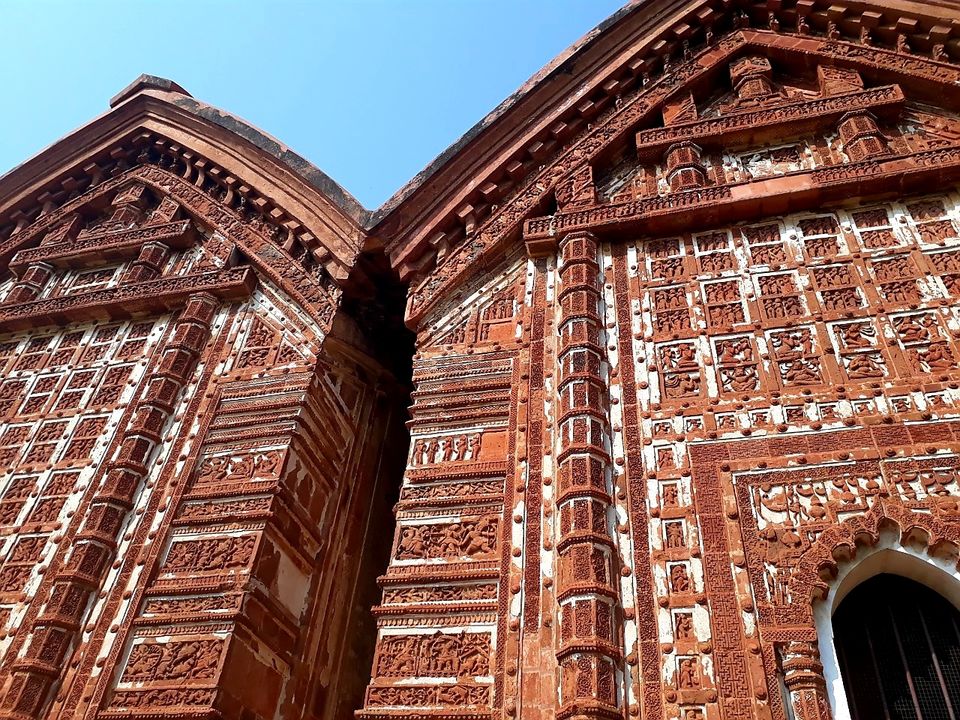 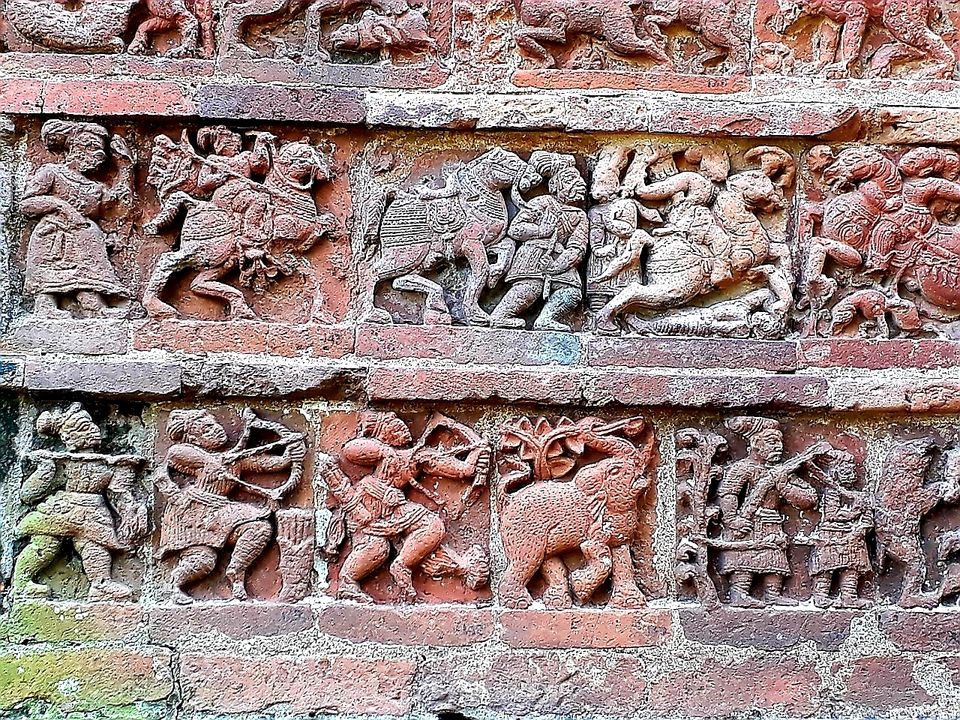 This temple and the Durga puja dates back to 997 CE.King Jagat Malla is said to have constructed this temple at the orders of the Devi Mahamaya herself.The idol is made of clay collected from the banks of river Ganga.Even to this day ,Durga puja is celebrated in this temple with great pomp and show.A cannon is placed in the temple complex which is fired during the Sandhi puja of Maha Asthami of Durga Puja.This tradition is continuing from the era of the kings.Behind the temple you can find the ruins of the palace. 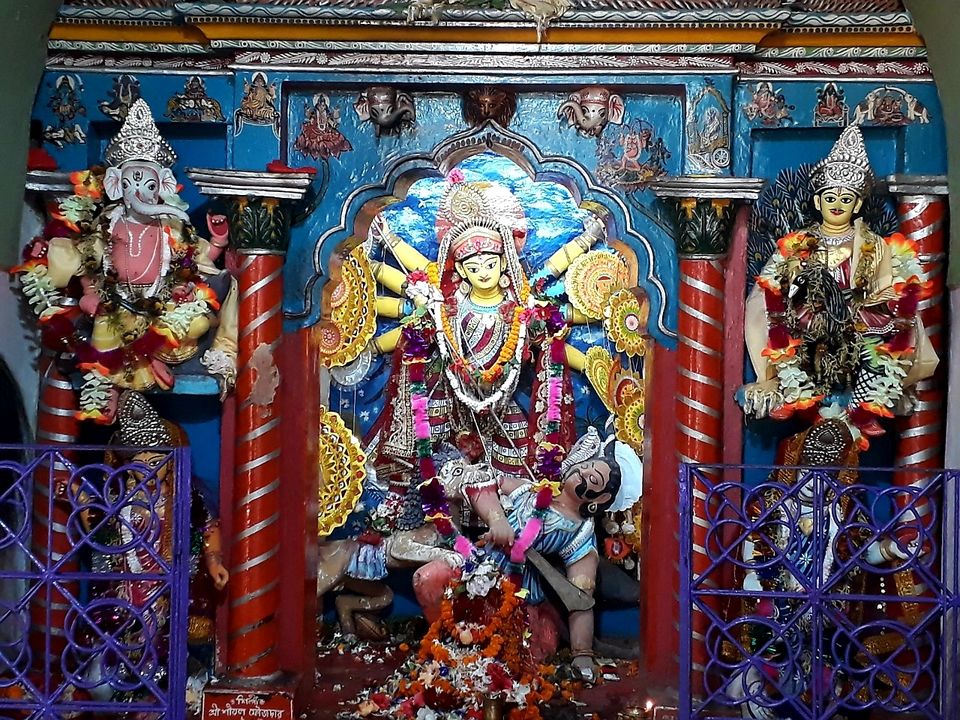 This is another temple made of bricks and was constructed during 1758CE.This temple houses the idols of Radha Krishna,Nitai Gaur(Bhakti Saints) and jagannath Dev.The deities are worshipped daily even today.This temple has one roof and is known as 'ek-ratna'. 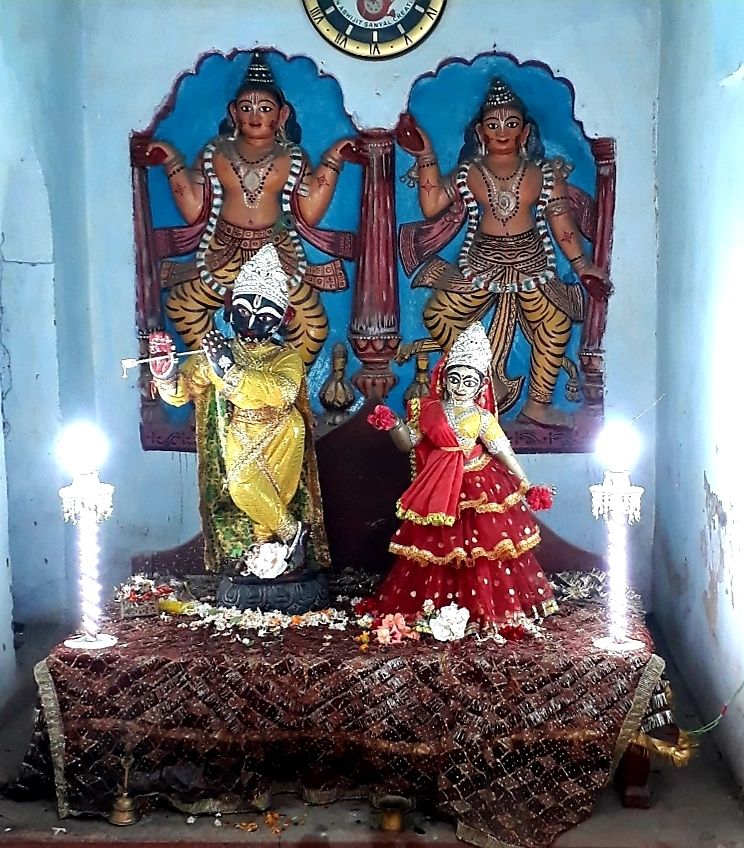 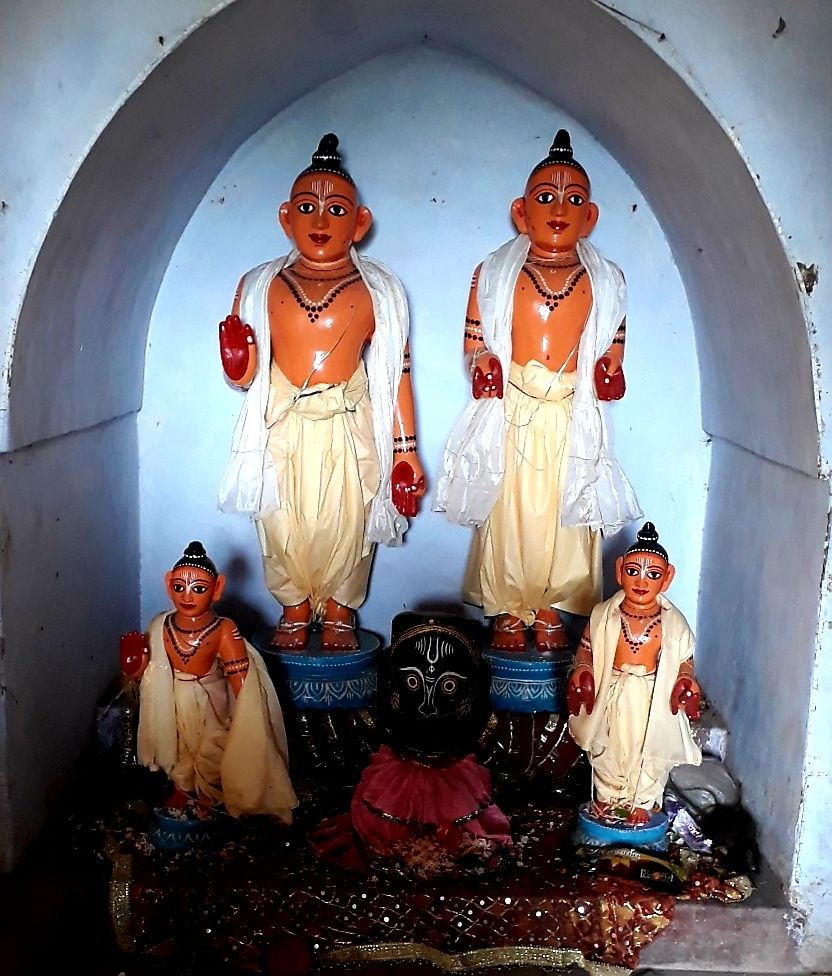 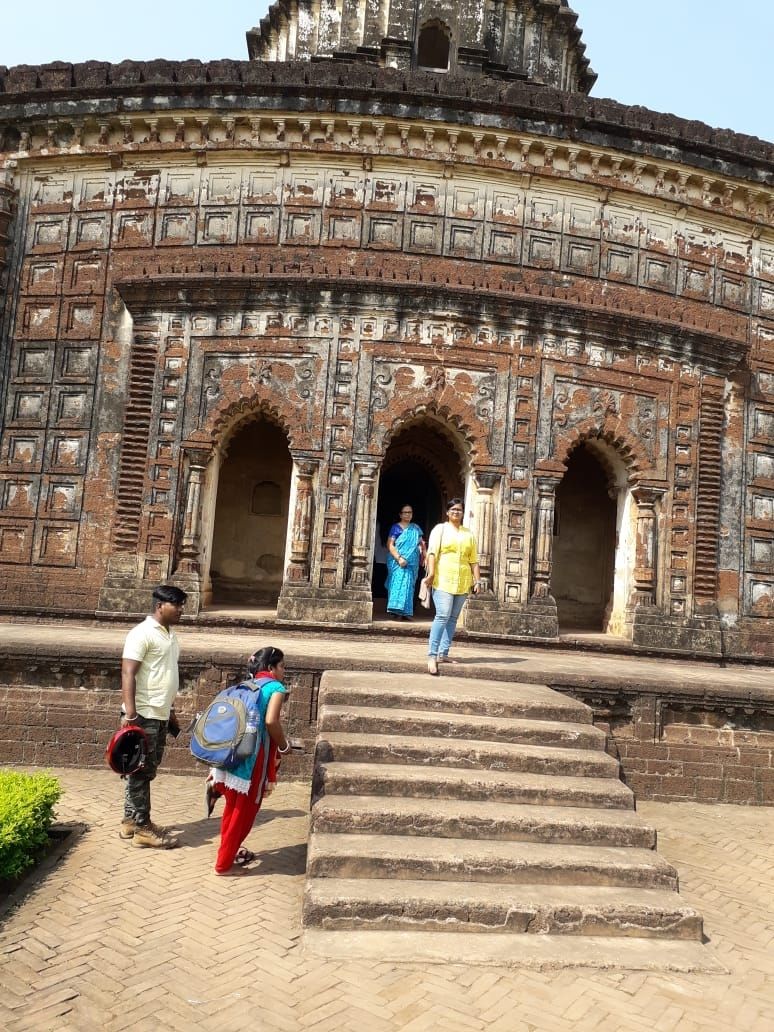 I have mentioned only a few of the temples to visit in Bishnupur.There are numerous other temples as well.

Bishnupur is known for beautiful terracotta works even till this date.So when you visit Bishnupur make sure to carry a huge bag as you would not be able to stop yourself from shopping.Terracotta statues and utensils,Baluchuri sarees,exquisitely carved conch shells(sankh) are some of the souvenirs that you would definitely love to collect. 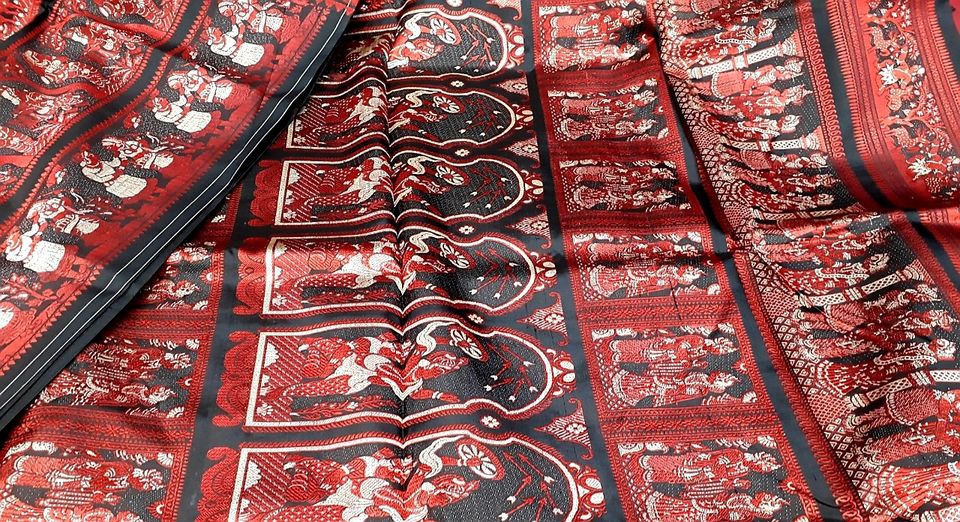