York was the first place I visited in the UK and it was love at first sight! A traditional county town of Yorkshire, by the river Ouse, guarded by the medieval city wall. This incredible city of York is associated with numerous historic events. Starting with the major attraction of the famous York Minster, rich viking heritage and beautifully preserved medieval streets & buildings. This list will be incomplete if I dont mention the famous ghost stories, many interesting museums, amazing collection of vintage shops, Theatre Royal, the Racecourse, yorks chocolate stories and the superb pubs with local ale.

A city full of music, love and live.. A walk by the river Ouse, or a visit to the Railways museum, or just roam around the city centre to absorb the essence of this medieval town and capture the beauty with your lenses. A perfect destination for a family retreat or a romantic getaway or a photographers delight.

York Minster is the second largest Gothic cathedral of Northern Europe and clearly charts the development of English Gothic architecture from Early English through to the Perpendicular Period. Constantine was proclaimed Emperor of the Western Roman Empire while in York - then called Eboracum. York was the centre of the Roman Empire. The Rose Window, a stained glass masterpiece high in the South Transept of York Minster was added near the end of the 15th century to commemorate the end of the War of the Roses and honour the Tudor dynasty. York Minster’s ‘Heart of Yorkshire’ window, within the cathedral’s Great West Window is fast becoming the destination for love-struck couples who believe the local legend that kissing their partner beneath it means they will stay together forever. 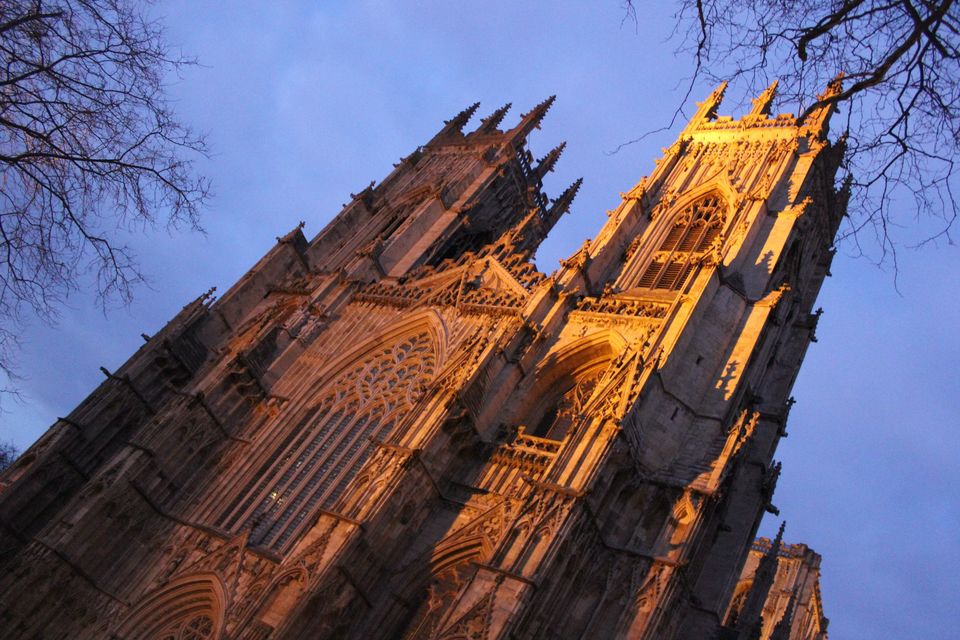 No visit to York would be complete without a walk around the City Walls. At 3.4 kilometres long, the beautifully preserved walls are the longest medieval town walls in England. About 2.5 million people walk along all or part of the City walls each year, enjoying some amazing views. The completion of the entire circuit will take approximately 2 hours. There are five main bars or gateways, one Victorian gateway, one postern (a small gateway) and 45 towers.

Shambles was historically a street of butchers shops and houses. Shambles is York 's oldest street, and Europe's best preserved Medieval street, with overhanging timber-framed buildings, some dating back as far as the fourteenth century. 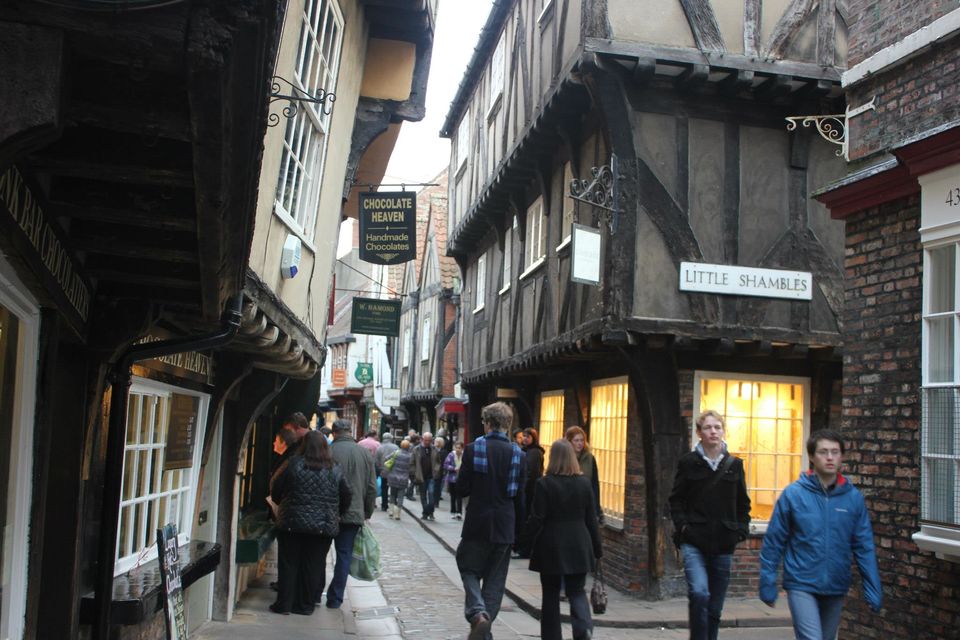 Clifford's Tower stands as a proud symbol of the power of England's medieval kings. Originally built by William the Conqueror to subdue the rebels of the north, it was twice burned to the ground, before being rebuilt by Henry III in the 13th century. The tower takes its name from one grisly incident in its long history, when Roger de Clifford was executed for treason against Edward II and hanged in chains from the tower walls.

The York Museum Garden is a botanic garden in the centre of York, beside the River Ouse. There are several historic buildings in the garden including the remains of the west corner of the Roman fort of Eboracum (Multangular Tower & parts of Roman walls). Most of the other buildings dating from the Middle Ages are associated with St Mary’s Abbey. Housing some of the finest collections of archaeological and geological finds in Europe, the Yorkshire Museum is also situated in the garden area. 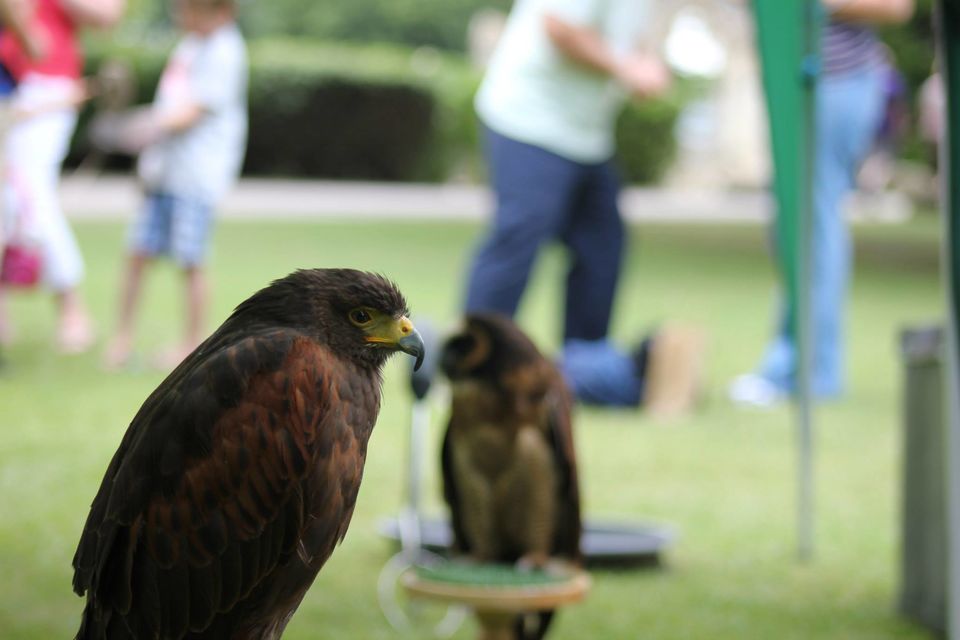 Cats have played a part in York’s history and luck has been linked with them since records began. Free fun for all the family, this trail is based on cats that appear on buildings around York city centre. It has been designed to ensure that you see not only the cats of York, but also the most interesting and beautiful parts of the City.

Named after the Treasurer of York Minster and built over a Roman road, the Treasurer's House is not all that it seems. It is renowned for being one of the most haunted buildings in the world.

Escape the city hustle bustle and relax by the river Ouse. One can enjoy river cruises available from various range of trips (daytime/evening). Treat yourself to a local drink from the bar and rest your feet.

The Guy Fawkes Inn stands next to York Minster and was the birthplace of the notorious plotter, Guy Fawkes. 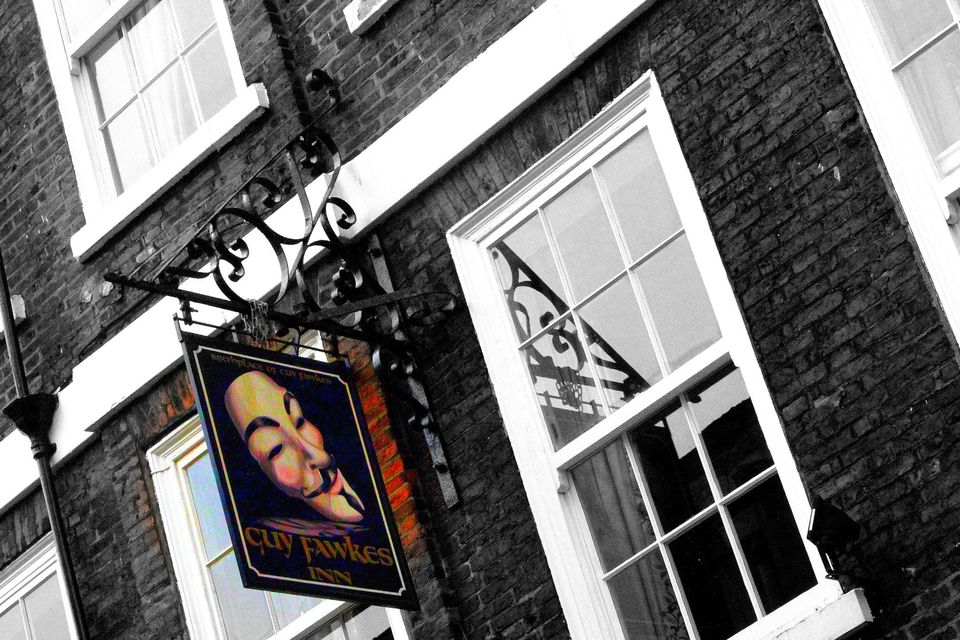