3:45 am. Thats the exact time I remember while we boarded out from bus on national route D1. A full day- night party at zagreb was doomed to take a toll on me. And it did... I could just hardly open my eyes and adding to this damnation was the fact that we had no room to stay... but wait. Was that it? As soon as stepped out ... goosebumps!  A 6 degree temperature was bound to freeze my bones. In my defense, I have spend most of my time in Ahmedabad, where 22 degree sends chill down the spine.
My mind begins to weigh the odds. UNESCO world heritage,16 dazzling cascadian lakes , oldest and biggest national park vesus exhaustion , body ache and a cozy bed. One thing about me! Bed has to be the priority in my life and that was I guess has been written in my destiny.  But not this time.... I had made up my mind. Plitvice lakes National Park had to be done and dusted from my list..
So after walking like half a kilometer, we saw we got a hotel and went to the reception.
Now as fate would has never made up anything easy ever,it played its trick again. The receptionist said there was just a single room and that could only be shared just among 2 people and not a single person more than that.
We were a bunch of 5 people who were exhausted to the core and an option as such was put upon. So, two of us decided by themselves that they would stay outside near the reception area and the girls could go in for rest . A few minutes after I dozed, one of the hotel staff intruded  into our room yelling that 3 of us cannot be there as it is just for two people. My basic instinct told me to burst out loud at him, but calming my nerves , I just went out, calmed my self felt the nature and took a quick freezing nap at the bench.
So, I woke up an hour later , had a sip of hot chocolate and my breakfast (BAD!!) and then we started our endeavour. So we took tickets which costed 180 kunas as it was peak  season whereas it costs 55 kuna in winter and 110 kuna in Apr-June .

Then there came the trail selection which was something of a task for me  as there are 7 trails that one could select and go for. Trail H is popular and shows a good selection of the park.It is about nine kilometres long and can be done in around four hours. Loop K (18.3 kilometres) is the most comprehensive and takes six to eight hours, while trail E can be done in around two hours. A B and C focus on the lower lakes, E on the upper lakes, while F, H and K take you through the whole park.

I recommend starting from Entrance 1, especially if you get here first thing in the morning. By starting from Entrance 1, you are walking slightly uphill most of the way but you are walking towards the waterfalls. That means that you always get to see them in front of you.
If you walk in the opposite direction, you will actually walk past some of the waterfalls and have to keep turning around to look at them. It’s not a big deal but I think it is a nicer experience to walk towards the waterfalls. I hoped I did my homework right before starting the journey and yes it worked.
So we waited for about half hour and then got on the shuttle which takes directly to the trail entrance. The bus tour was in itself a major satisfaction as the mesmerising view takes you to an entirely new world. To me it was just like an entry to Hogworts😅, an adventure in itself. So we started with Entrance 1 One tip that I would like you to give is PLEASE TAKE FOOD AND WATER  with you as you wont get it during the entire trail. The very first view of the lake is enough to make you fall in love with this place. Not just the lake but the flora  and fauna makes it a heavenly place. Plitvice  national park is home to 161 species of birds. One can expect to find hawks, owls, cuckoos, thrushes, starlings, kingfishers, wild ducks and herons. I was hoping that I might get a glimpse of black storks and ospreys and flocks of butterflies of which there are 70 species, so the excitement was at its peak .
I dont really can distinguish ,but as we walked around half kilometres , we were greeted with a big flock of butterflies which I felt like they were welcoming us .

We then the trail down to the lakes and walk the boardwalk trails, took a short detour to Veliki Slap, the Big Waterfall and indeed it was magnificient to say the least. Then we walked back to the main trail and followed the signs to A, B, C, K.

A very good thing about the lake is that you will find signs almost at every point to guide you to the trails you want to follow.
Following the trail C, we saw the most gorgeous part of the park , I guess,with trails and boardwalks criss-crossing over the lakes. My most valued photo collection consists of the view that we came upon walking these trails and across the best viewpoints. The thing that struck me was just how clear and vibrant the colour of the lakes were. It ranged from blue to grey to green to turquoise, and I had read that these colours change depending on the time of the year. So we did visited the upper as well as lower lakes as I had planned at first but one thing that I missed was the postcard view of plitvice which I hope to see as when I would visit this heaven again . That was solely of the reason that we were short on time and thereby had to complete the tour as soon as possible .

In a nutshell, it was truly an amazing experience with all the extravagant views to die for .
Plitvice! Will see you soon... 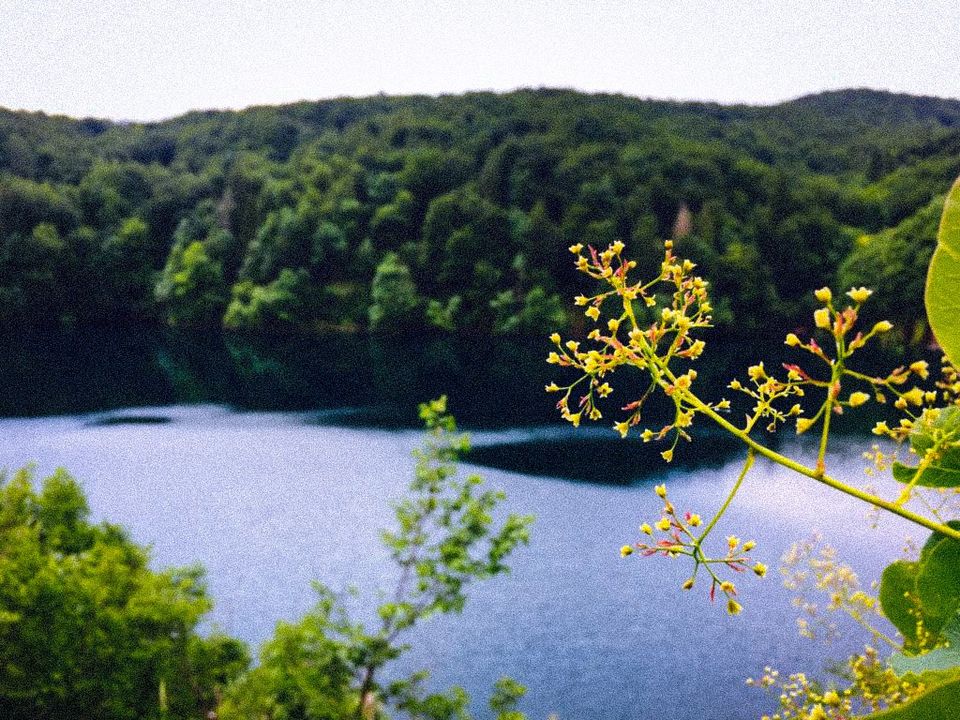 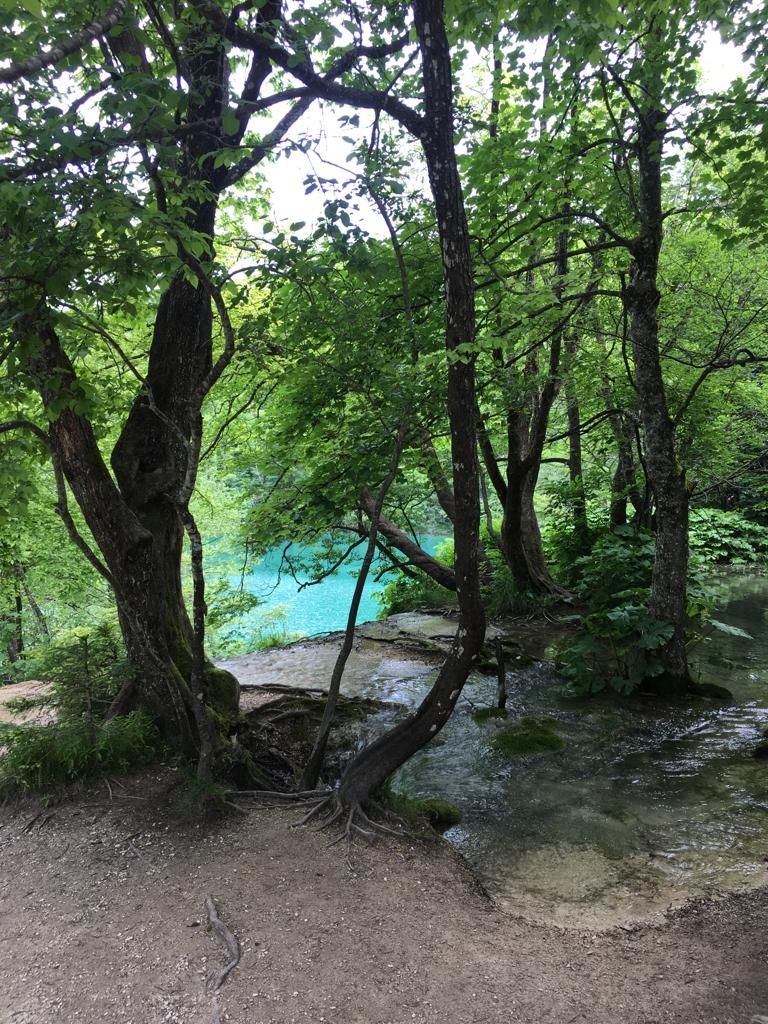 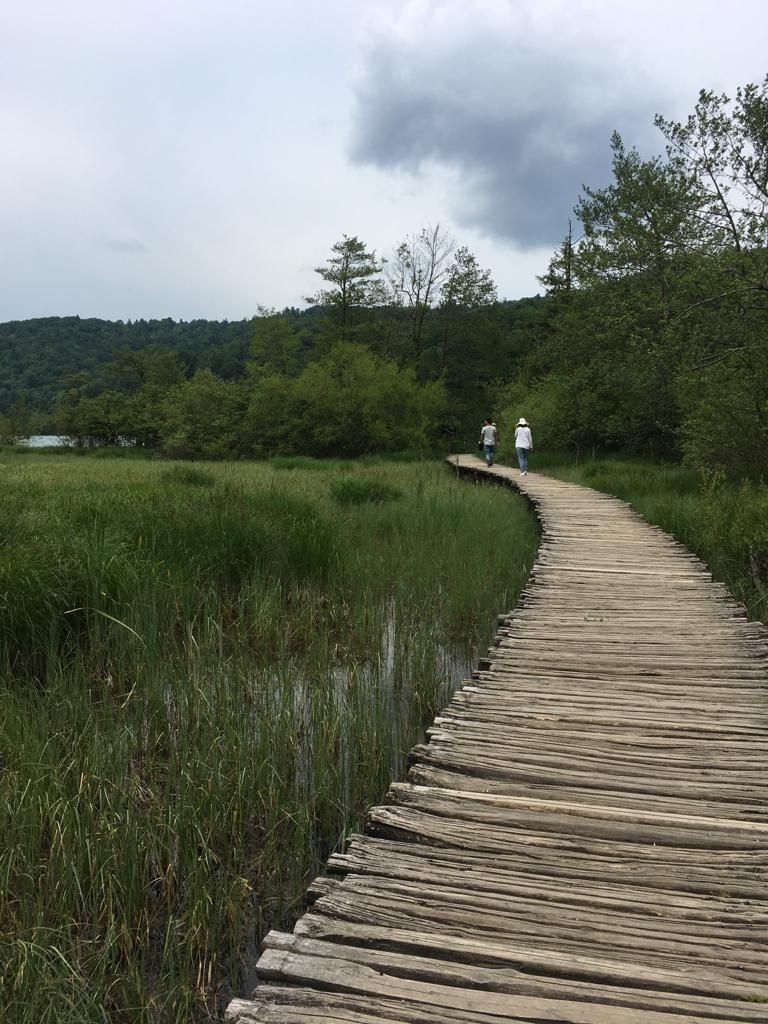 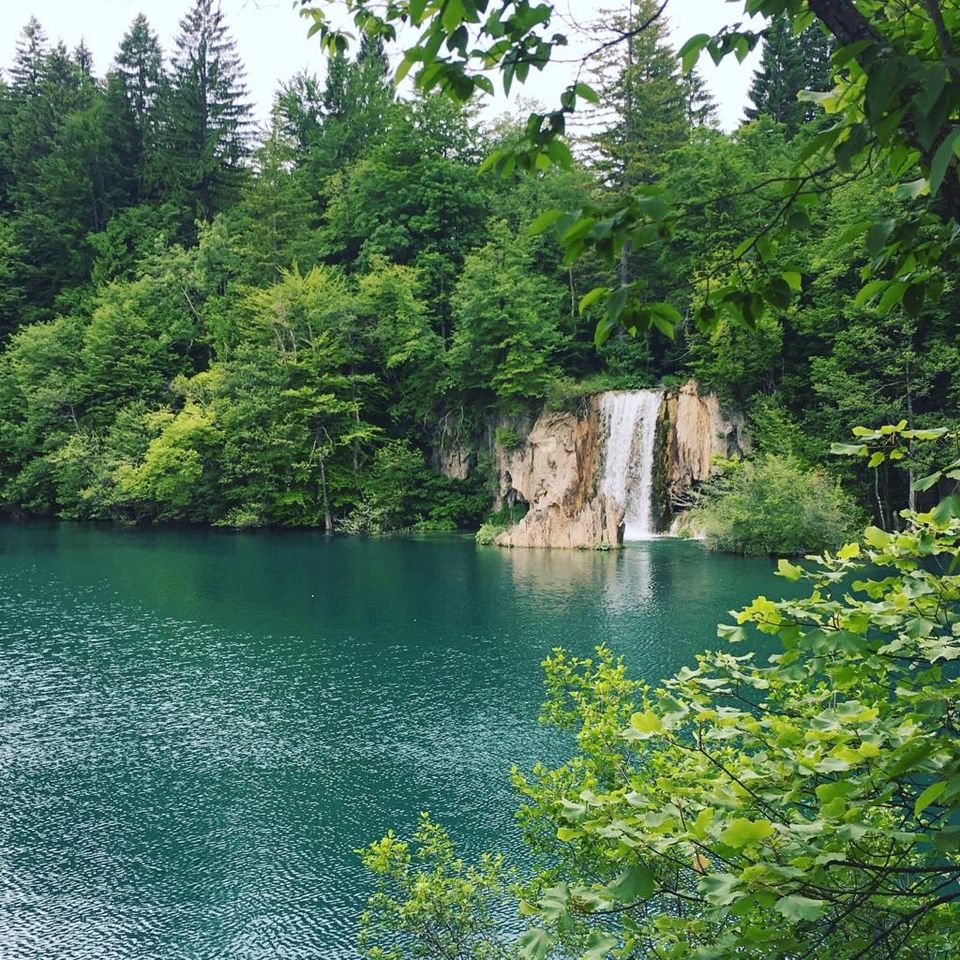 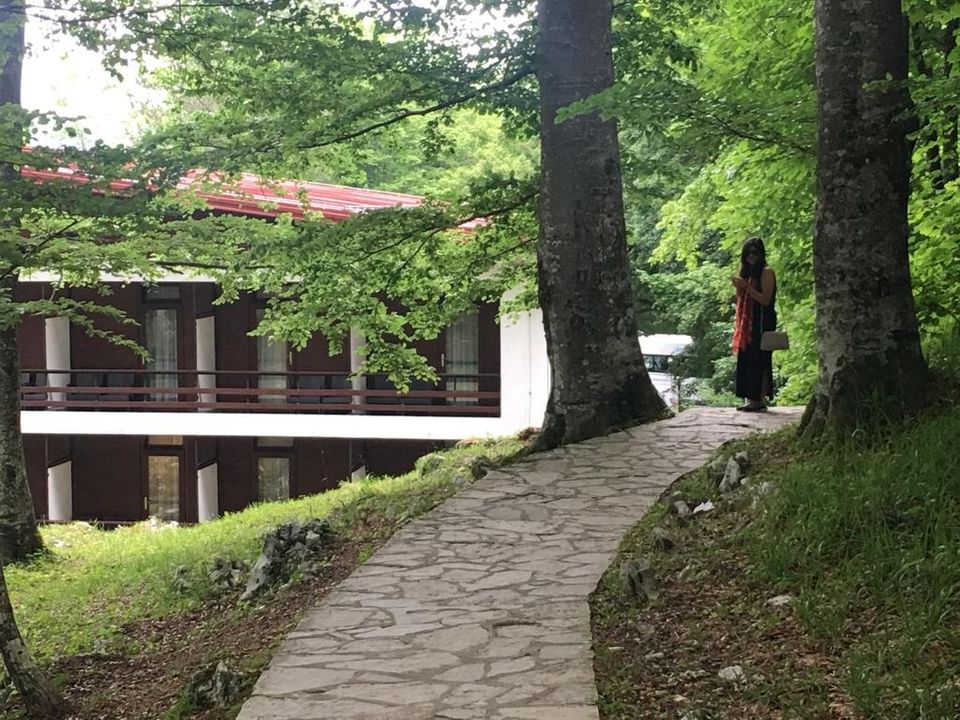 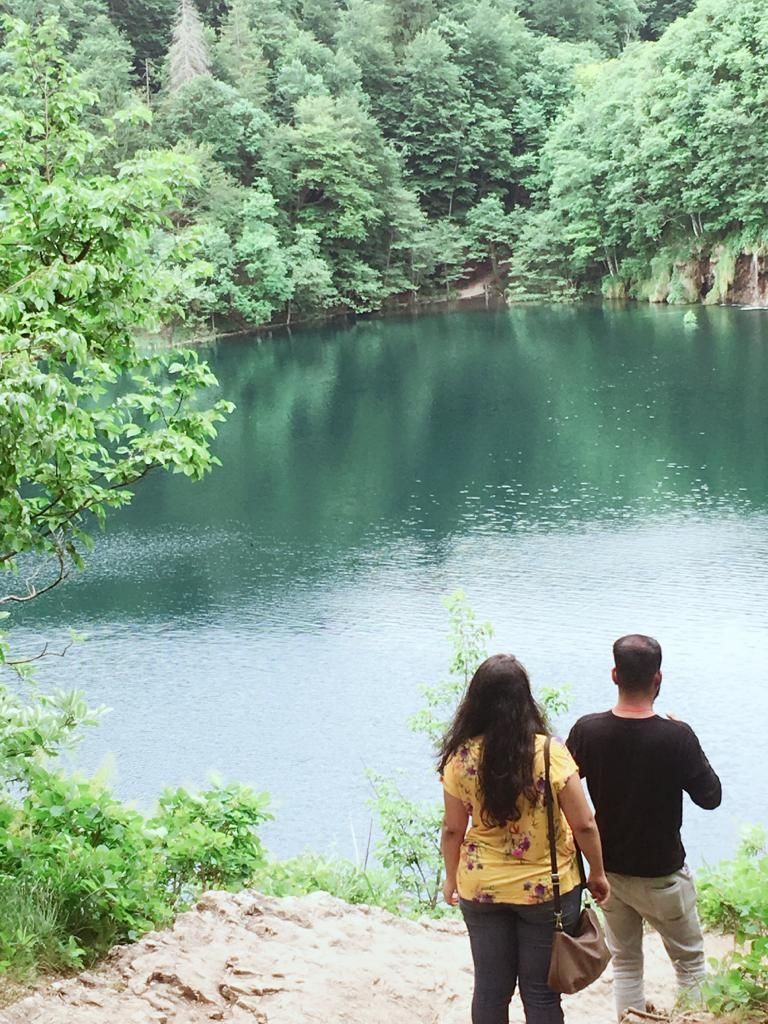 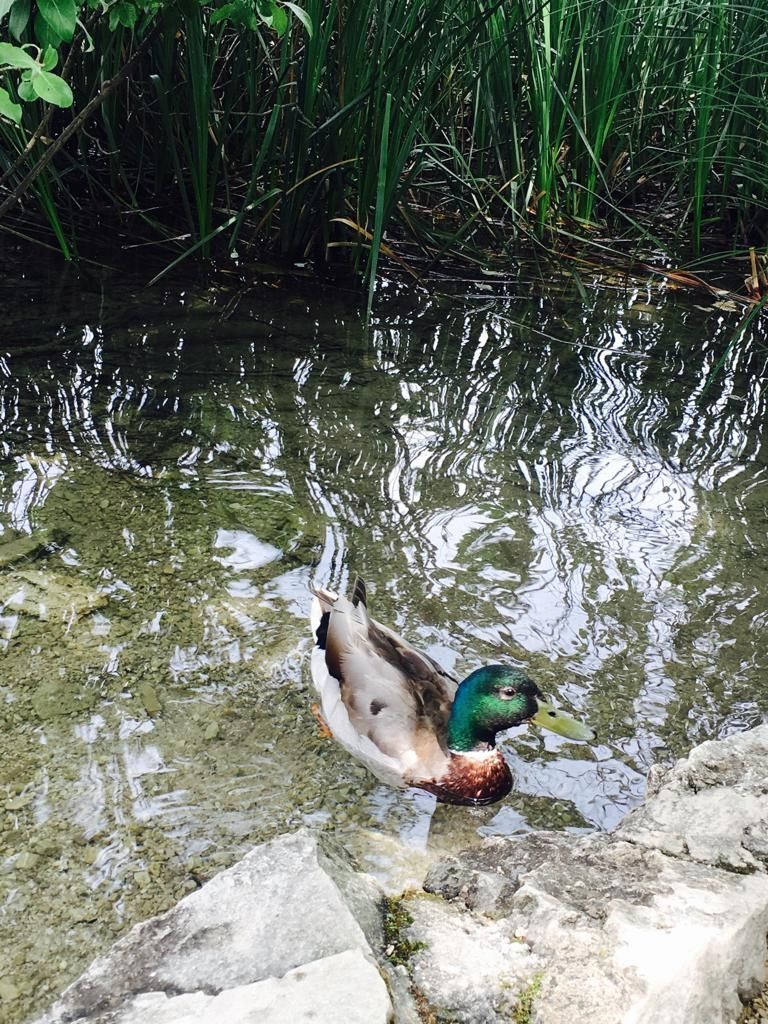 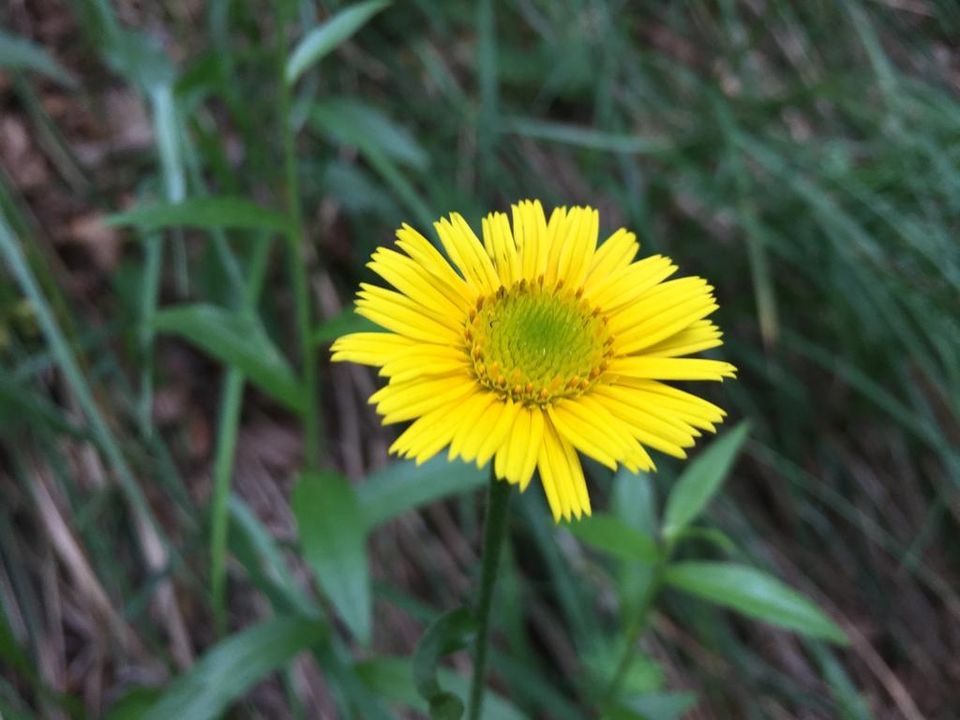 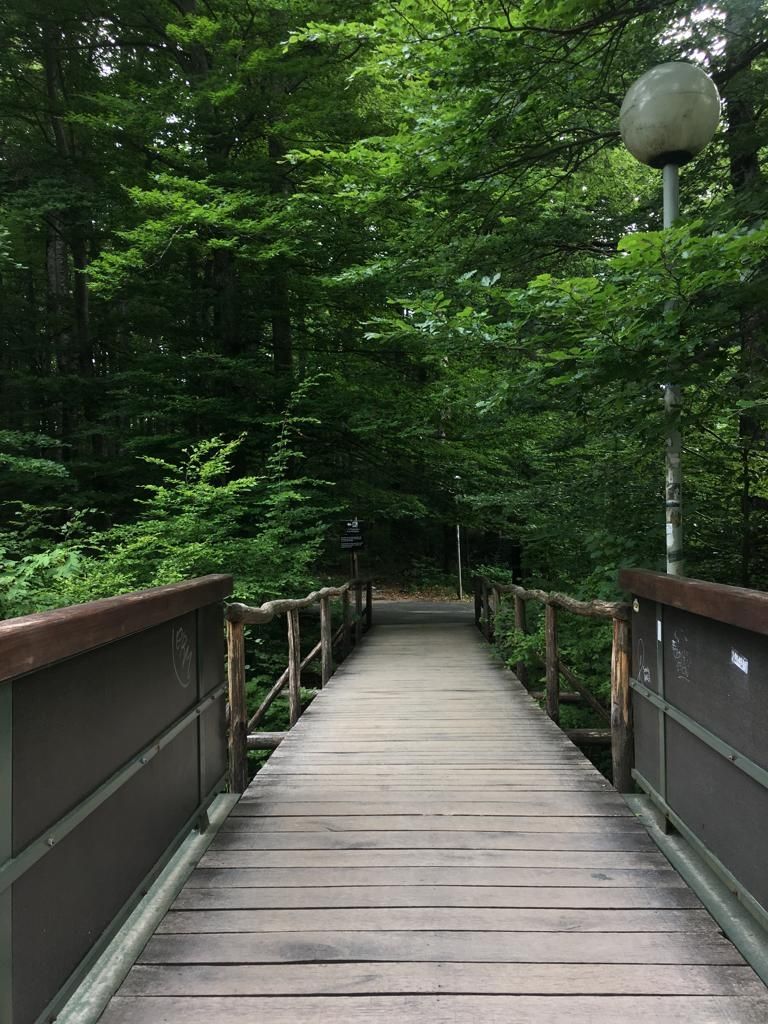 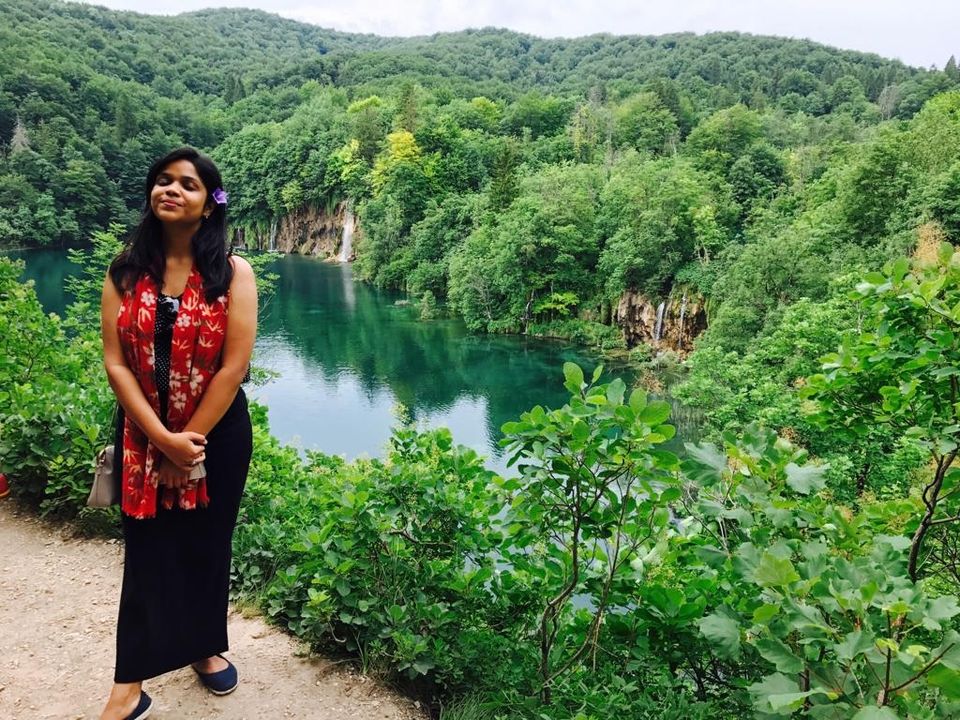 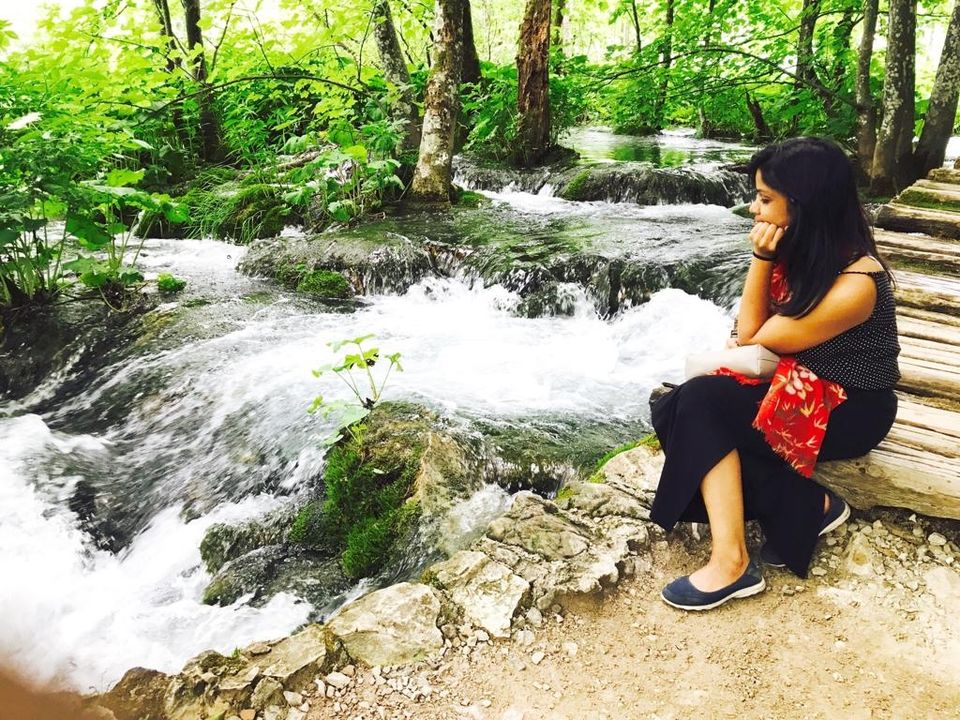 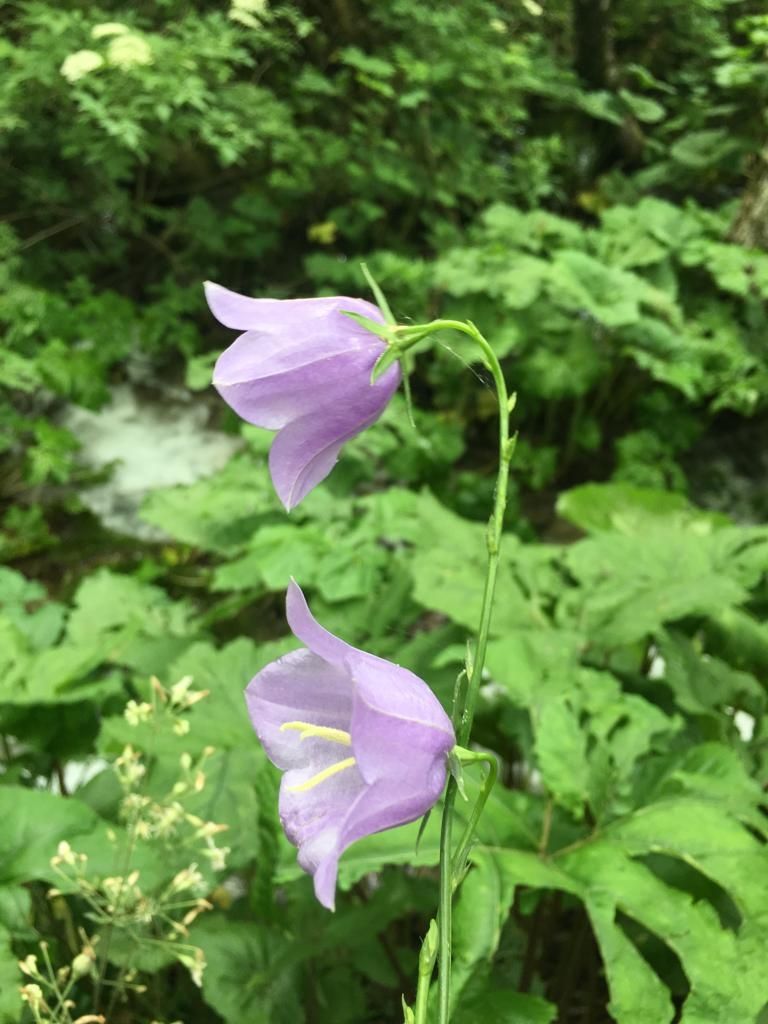 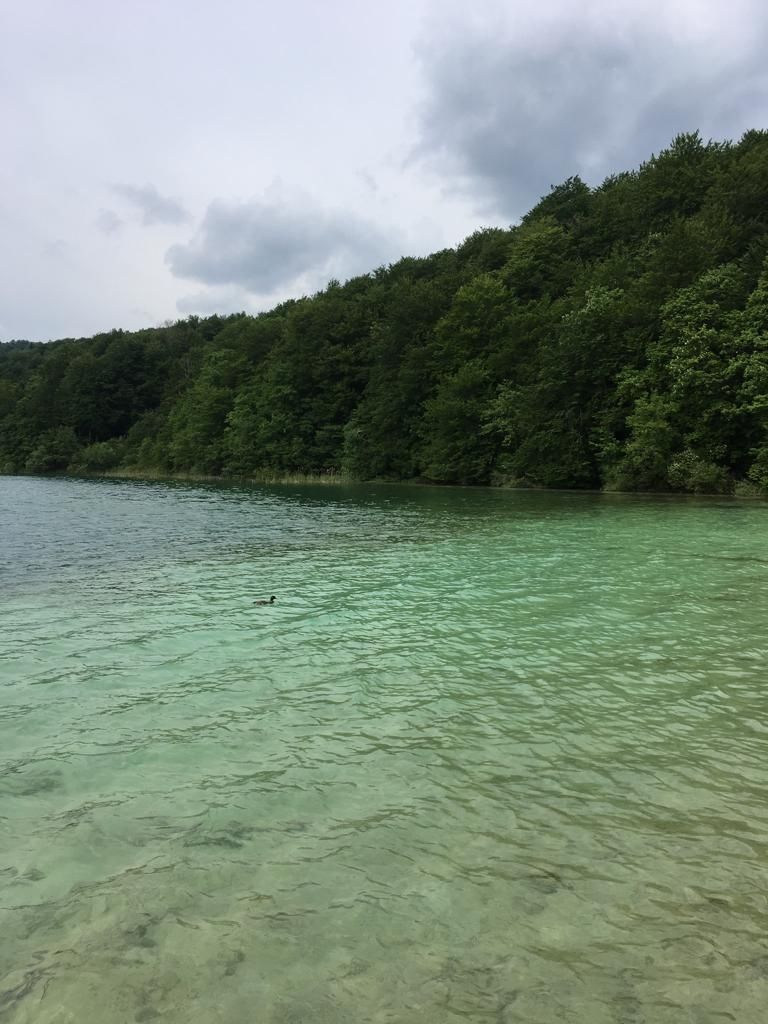 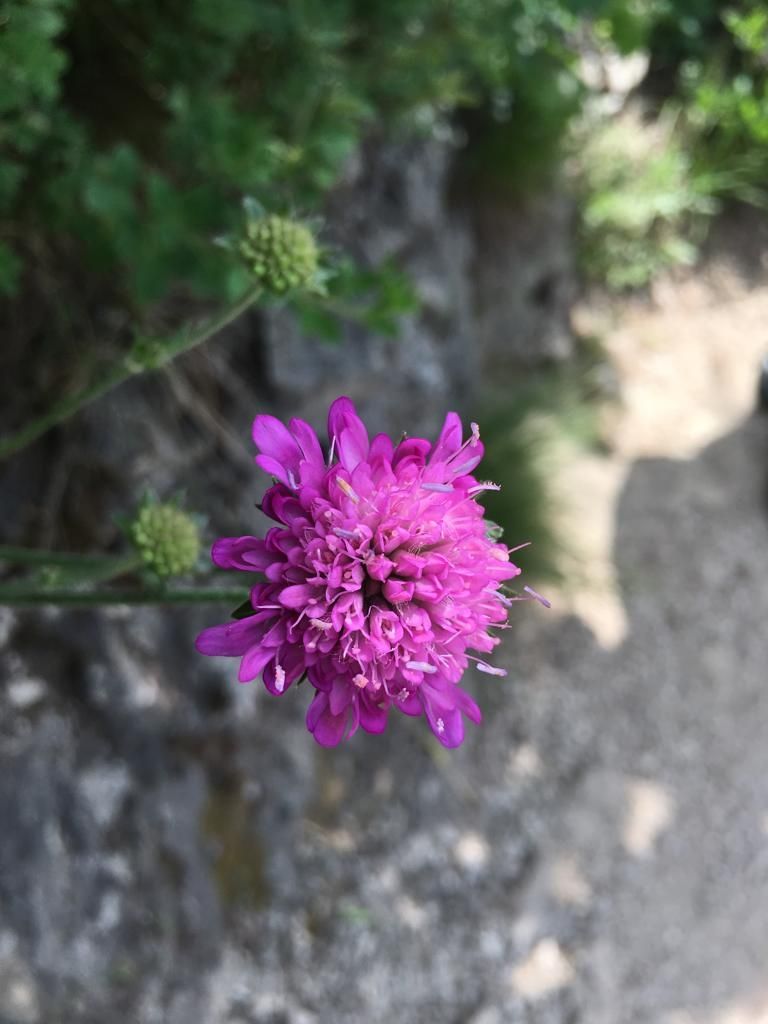 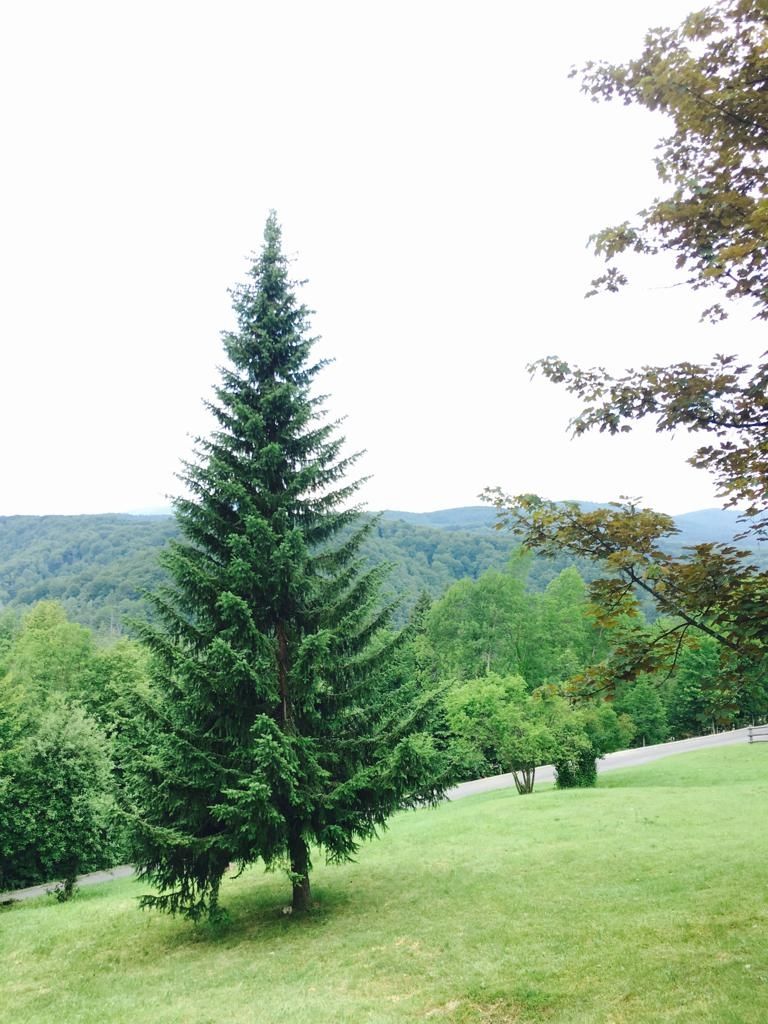 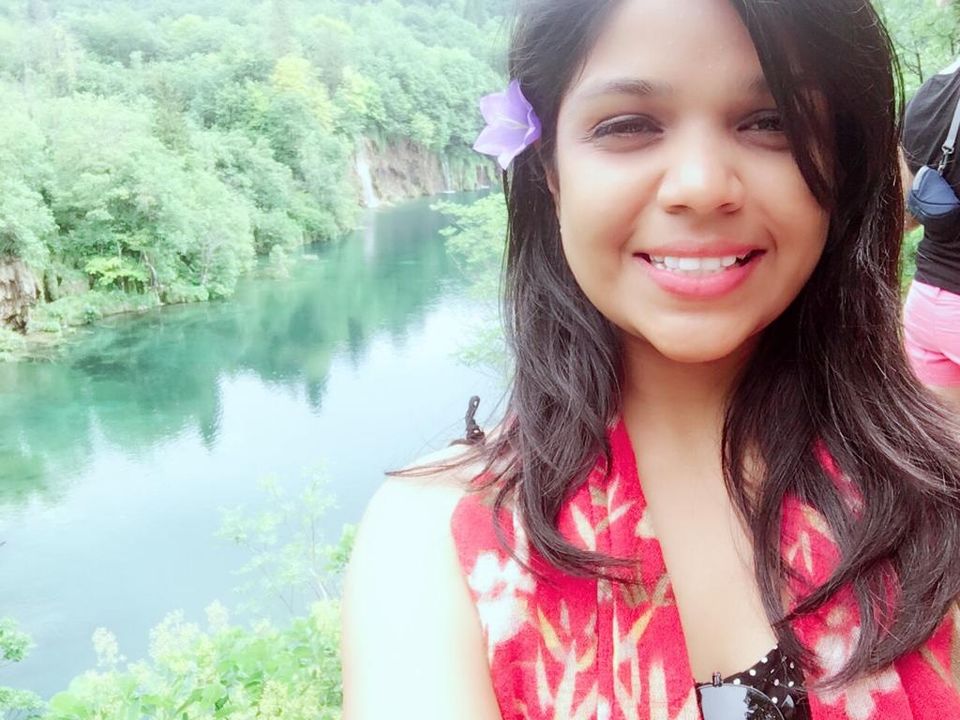