Askot Arakot Abhiyan(AAA) is a yatra organized by People’s Association for Himalayan Area Research (PAHAR). It comprises of 1150 km-trek over a period of 45 days across width of Uttarakhand and its aim is to record and understand the social and economic changes that the villages have undergone in the last ten years.

We started from Sangam Chatti at 6 am for our 22km trek to Dodital. Primary school teachers accompanied our 6 km accent to Agoda village. Discussing local vegetation with Kesar Singh Pawar (a local from Uttarkashi) and Surinder Puri (journalist working in uttarkashi) was awesome. Our knowldge was added up with history, local - political, social and economic issues faced by people even after 14 years of formation of Uttarakhand. Clearly either people had high expectation after Uttarakhand's formation or the state have totally failed to deliver the basic needs. Either way the local people are unhappy about the efforts made by govt in terms of disaster relief, education, and policies.

We visited primary school there were only 3 kids Bharti, Aadesh and Kajal as it was only the first day and others were busy in paddy plantation with their families. One thing which was common in the people in mountains first, their genuine smile and other is they all have a great heart which sure will touch anyone who choose to know it. We also spent some time with the high school kids, with Sashi Bhushan Joshi (our youngest team member at age 72) and Akhil explaining the mission and vision of Askot-Arakot-Abhiyan and telling them to study and grow.

Time to move on for our 16 km walk towards Dodital. With few wild apricots in our pocket we moved on, monitoring the slides on the opposite ridge and gaining elevation with almost every step. We reached Babera Chatti (which is 9 km from Sangam Chatti) around 2 pm. Fearing the rains, we moved ahead only to take shelter in a machaan almost half way, due to heavy rains. The small bridges and paths were restored by the locals, most of it was washed away in the 2012 heavy rains.

Starting again after heavy downpour, moving in and out of fog, we couldn't see the fall on the other side of the pathway neither the view on the opp side of the valley, picking wild strawberries, singing songs and listening to the sounds of water drops dripping form trees and making an ambient noise. Drenched with sweat and rain, praying for the climb to end, we rested in Manjhi, Manjhi is a small settlement 2 km before Dodital, we had tea with some villages who stay there to graze their cattle. Tired we were, but all that tiredness was a gone as we started singing songs over a warm cup of tea. We briefly halted at Bhairavnaath temple. By 6:30 pm we reached Dodital our night halt. Dodital it is 3,024 metres (9,921 ft) above see level. According to one of the popular legends Lord Ganesha chose this place as his abode. There is a temple devoted to Lord Ganesha here. Another name for this lake is ‘Dhundital’ meaning Ganesh Ka tal or lake of Ganesha.

On Aug 3 2012, there was very heavy rain on the passes above which led to the slide over the main feeding water source of Dodital. The debris from the Sudden land slide filled almost quarter of the lake. The water in the lake spilled out and all that many cubic liters of water drained from the only outlet it had. Taking with it all the silt consisting trees and earth, to cause the devastation in Assi Ganga valley that night. Examining the debris (max width of debris was 400 meters on the edge of lake) one can imagine the amount of water it pushed out in one go.

After 2012 were very few people visit every year. According to Avtar our guide for the trek. Tourism was almost nil, affecting the major source of earning to the locals in that area. Watching Trouts (the fish abundant in Dodital lake) jumping in the calm waters of doditaal and the clear reflection of sky and mountains, it was hard to believe that the spill from this place caused so much destruction. In the Nature of events no-one is significant. Again the vastness of nature and its fury was reminded to us.

for more details on other days of the trek visit (originally published at) => www.nileshukey.com 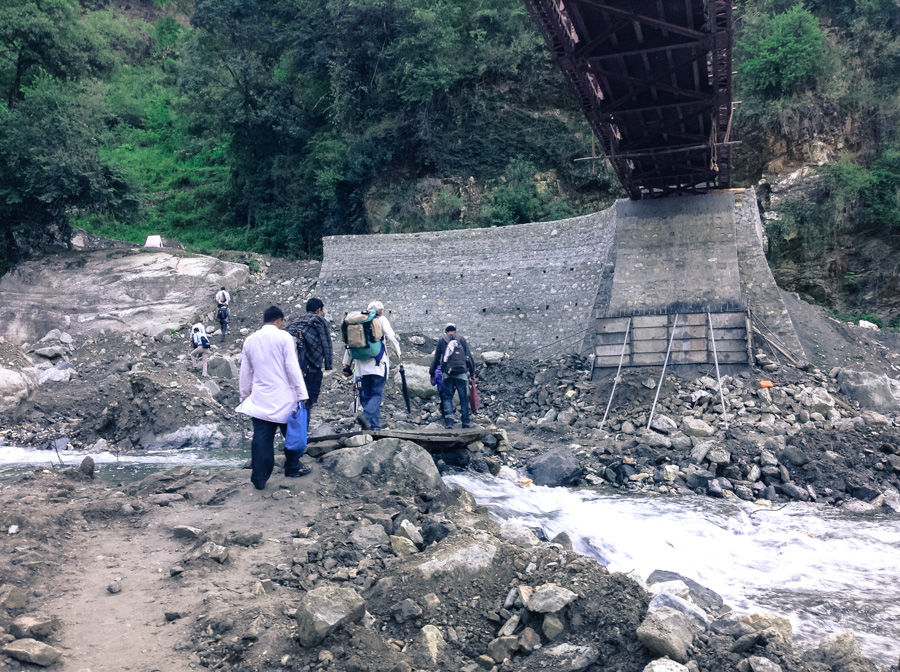 The hike till Agoda was very pleasant, meeting kids and locals on our way. I also visited the same house where I stayed over night 10 years back with my group. Recalling memories of the starry night I had witnessed from the same place many days ago. 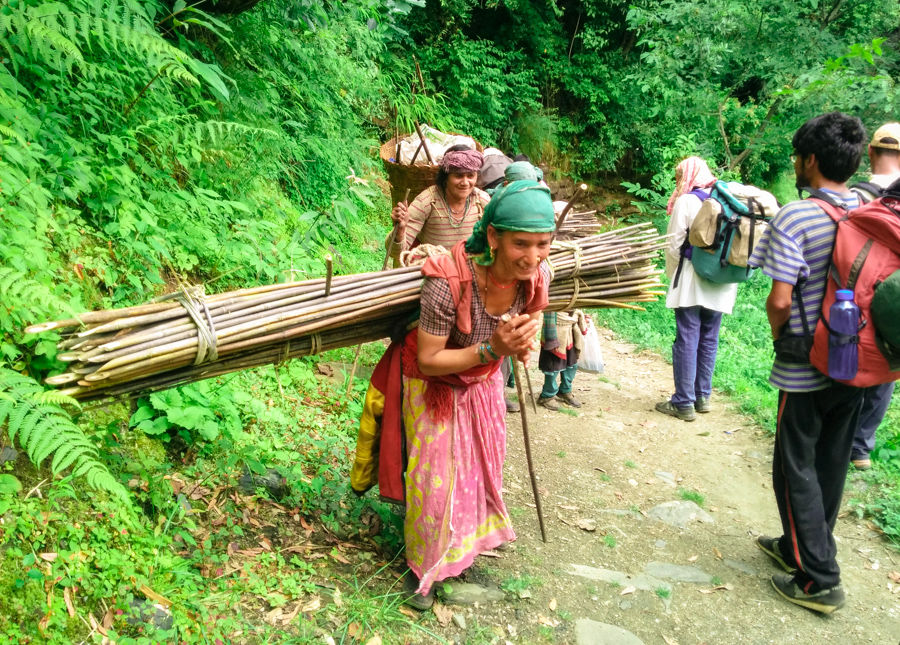 The beauty of Doditaal took us captive for moments, with the magnificent view of the lake and the greenery surrounding it. In the mist of the span of forest there was a huge patch of debri which was the main cause of 2012 flash flood. 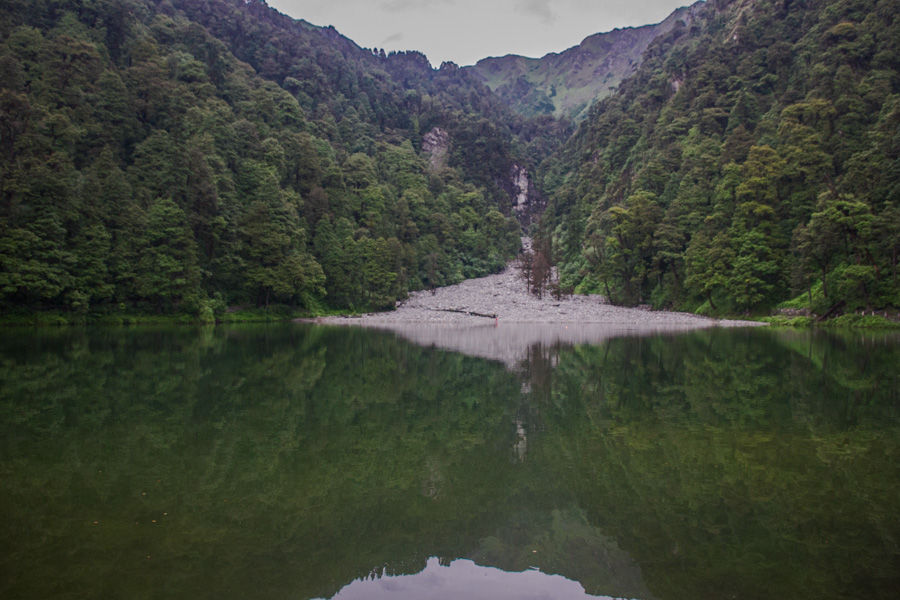