2 Weeks in Cambodia: From Ancient History to Beaut

Cambodia will entice you with its mysteries and you'll quickly fall under its spell. It is an extremely fascinating and intriguing country and is most well known for its crown jewel, Angkor Wat. Explorers who take time to immerse themselves in the culture and history of Cambodia will definitely fall in love with the place. After 25 years of isolation, Cambodia finally opened its doors to tourists in the 1990s. Today it has become a much sought after tourist destination in South East Asia.

I started off by spending some time in the charming city of Siem Reap, which is notable for its proximity to Angkor Wat, then spent a full day just exploring Angkor Wat. Next we headed off to Sihanoukville, the infamous Cambodian beach town known for its intense party scene, bountiful beaches and rampant petty theft. It is a well-trod hotspot on the Southeast Asian backpacker trail. After Sihanoukaville, we found ourselves in Phonm Penh, the capital city of Cambodia, which has some notable cultural attractions like the S21, the genocide museum.

Cambodia is a country of extremes. Globally Cambodia is famous for its two contrasting chapters of history. The first, the Khmer empire, covered most of modern-day Southeast Asia. Today the ruins of Angkor are all that's left of the country' cultural heritage. The second chapter is the legacy of Khmer Rouge genocide, which left at least 1.7 million Cambodians dead. Cambodia's long-standing political turmoil—on the battlefield and subtle displays—continues to shape the nation's day-to-day workings.

Cambodia has suffered its demons but Cambodians are a forward-thinking, sharp-minded and friendly people, whose are not yet jaded by tourism and do not belie the inordinate suffering their nation has so recently endured. The streets of Phnom Penh sparkle with a youthful vibrancy, and Siem Reap, near the Angkor ruins, has already become one of the world's hottest holiday destinations.

Siem Reap is an extremely underrated city. It is most notably known for it proximity to Angkor Wat, but it is also one of Cambodia's most charming cities. The bustling riverfront around which most attractions are grouped is lovely during the day but even more beautiful at night. The nearby colonial architecture is the best I've seen in Southeast Asia. Siem Reap's market sells trinkets at very very cheap prices so pick up a Cambodian souvenir from here. We also discovered some hole-in-the-wall cafes that serve up everything from international dining options to inexpensive Khmer food. Seim Reap also has a thriving nightlife. Pub Street has only two main bars, Angkor Wat? and Temple Bar, but they are incredible. All in all Siem Reap is an incredible city to just hang out, and extremely cheap too so its very backpacker friendly. The closeness to Angkor Wat is just the icing on the cake. 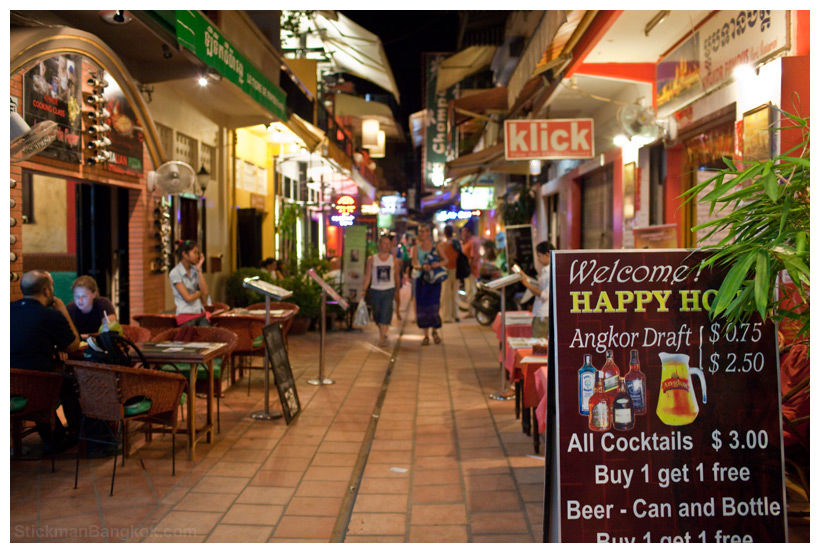 Angkor Wat is the central, most well known temple of the Temples of Angkor but there are about 35 temples in total. Its so vast, you're going to need at least one full day to explore this world heritage site and maybe even return for another trip. A lot has been said and written about the Temples of Angkor and I was hesitant that I might find it too touristy for my liking. However it is nothing of the sort and you're sure to be awestruck by the beauty and majesty of the place. I found myself lackadaisically wandering about and snapping shots of all the beauty before me. Besides Angkor Wat, also visit Ta Prohm colloquially known as the "Tomb Raider Temple". A one-time Buddhist monastery and university, Ta Prohm now seems like a temple the jungle wants to reclaim. It’s absolutely gorgeous and makes you feel a bit like Indiana Jones. Preah Khan is the largest temple but not as impressive as the others. There's also Bayon and Ta Keo. Make sure to go in the off-season so that you can enjoy the temples in solitude. 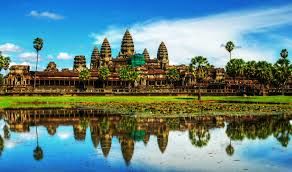 Sihanoukville has two main beaches Serendipity and Otres which fall in complete opposite ends of the beach vibe spectrum: seedy, bass-bumping Serendipity Beach and chilled-out, hippy enclave Otres Beach. We undoubtedly had some wonderful nights out in Serendipity and also spent a day just lazing by the sea in Otres. My advice for Sihanoukville is just take it for what it is. It’s a seedy party town on a beach. If you’re looking for nightlife, head to Serendipity, and if you want to chill out, choose Otres. 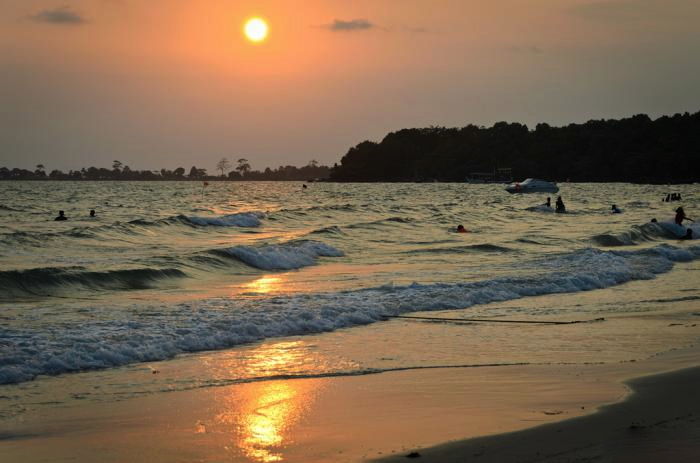