I had to visit Chennai for some office work and I decided to extend my trip and make the most of the weekend.

After wrapping up work I checked into my abode for the next two days (Zostel). I couldn't find the place easily, thankfully bumped into someone who directed me to the place. After a quick check-in, I decided to venture out to Mahabalipuram.

I was staying close to TNagar so took a bus from there to Mammalapuram/Mahabalipuram. I had to wait for an hour for my bus (bus #599 from TNagar), frequency from here isn't great. The much awaited bus ride started at 12.45, I arrived in Mahabalipuram at ~3 PM. At the bus stop, I came across an Autowallah who said he would take me around all the places for ~500, I bargained and he finally agreed for 300 INR. I definitely wanted to take an auto as I only had 3 hours before the closing time (6 PM). If you have time, you can walk around to visit the tourist spots as everything is in a radius of 2-3 kms.

My first stop was the Panch (five) Rathas (chariots). Before heading there you need to purchase a ticket for 30 INR to cover all the monuments in the vicinity. These are monolithic structures built in the 7 th century by the Pallava Kings. The construction of the rathas was stalled on the demise of the King. These are named after the Pandavas and their wife Draupadi.

From there I headed to the Mahishasura Mardini cave and light house. The sidewalls of the cave have beautiful carvings of Durga defeating the demon Mahishasur, Vishnu reclining on the Shesha Naag. There are three shrines in the cave, the central shrine is adorned with carvings of Shiva and his family. The cave complex also houses a lighthouse from where you can get a 360 degree view of the place.

I then headed to Arjunas Penance, the monolith that was carved on the face of two huge adjoining boulders, separated by a natural cleft of the Nagas. 'Arjuna's Penance' is an extract from the Mahabharata, of how Arjuna, one of the Pandavas, performed severe austerities in order to obtain Shiva's weapon.

Within the vicinity are Krishna's Butterball, Krishna's Mandapams, Ganesha Ratha and Varaha Temple caves. You will need about an hour to cover all of the places. 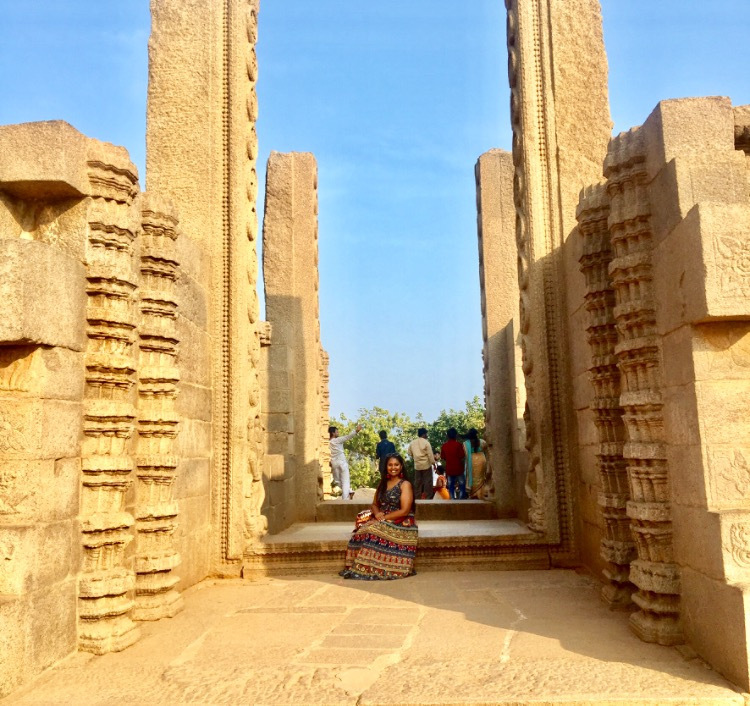 I then headed to the much heard of 'Shore Temple', my final touristy destination for the day. The Shore Temple gets its name from its location on the Coromandel shore overseeing the Bay of Bengal. There were other temples around the shore temple which are believed to be submerged during a natural calamity. You can walk to the Mahabalipuram beach from the Shore Temple and unwind your rich cultural experience.

The only thing I'd say is be safe at the beach (I was followed by a group of drunkards), thankfully I called my auto anna and he came to drop me to the bus-stop (the initial plan was to take a 10 min walk to reach the bus-stop).

After a long and tiresome bus journey I finally made it to Chennai at around 9 PM, had dinner at Sarvana Bhavan and set-off to my den for the day.

Guess what, it wasn't going to be such a boring end to my day after all! ????

At Zostel, a hesitant guy sharing my dorm introduced himself (too boring eh?) Not really, we were talking and before we knew each other we made plans for the next day (I guess, that's what like minded people do)! ????