New Year was round the corner. Time for planning to make the year end and the New Year a happening one had started a bit earlier! So, How to celebrate the New Year? Well, to me – nothing gives me more joy than travelling. Welcoming a New Year in a new land, soaked in new culture, experimenting new cuisines has a different charm all together!

We welcomed 2016 in a grand way with our trip to Mahabalipuram- Pondicherry! On 31st December 2015, we boarded Chennai Express from Secunderabad Station. For the first time in my life, I had a different experience with Indian Railways. Our train reached destination station- Chennai before time at 5:45am. We had made a prior booking with cab, which was scheduled to pick up from Chennai station at 6:30am. During the waiting period, we had our breakfast quickly in the Station itself to save time. Around 6:30am, our Cab Driver was there to pick us up. I loved the journey through Chennai to our first stop- Mahabalipuram.

Our first stop in the New Year’ 2016 was Shore Temple, Mahabalipuram. The Shore Temple is situated right on the shore of the Bay of Bengal. The landscape around the Temple was eye catching. This Temple was built during 690-715 A.D. The Shore Temple, with its paved forecourts, is the lone survivor out of seven such Temples, the rest having fallen to the ravages of the sea. There are two rock cut shrines- one dedicated to Lord Shiva and the other to Lord Vishnu. The Temple was beautiful. 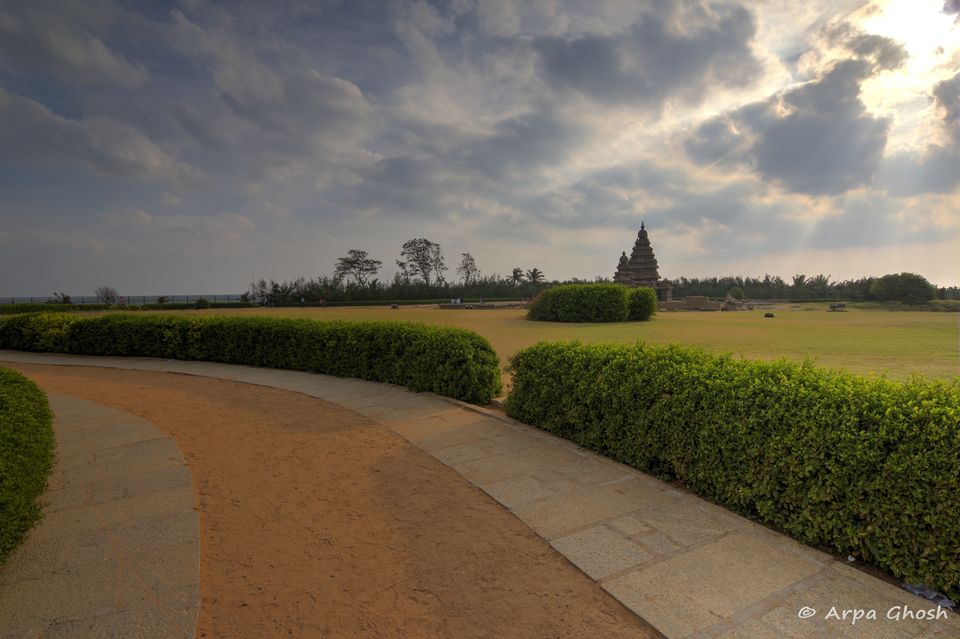 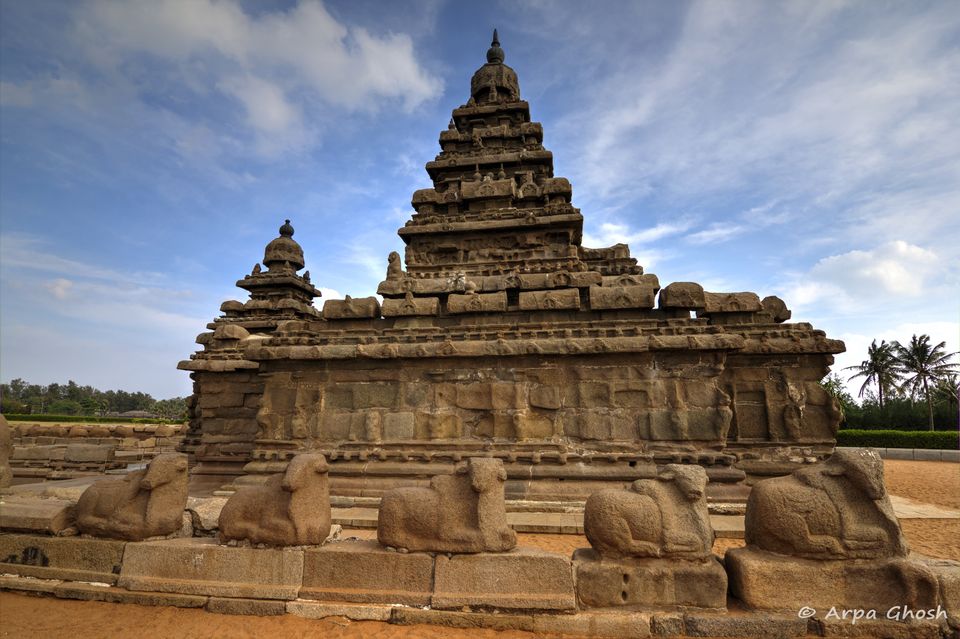 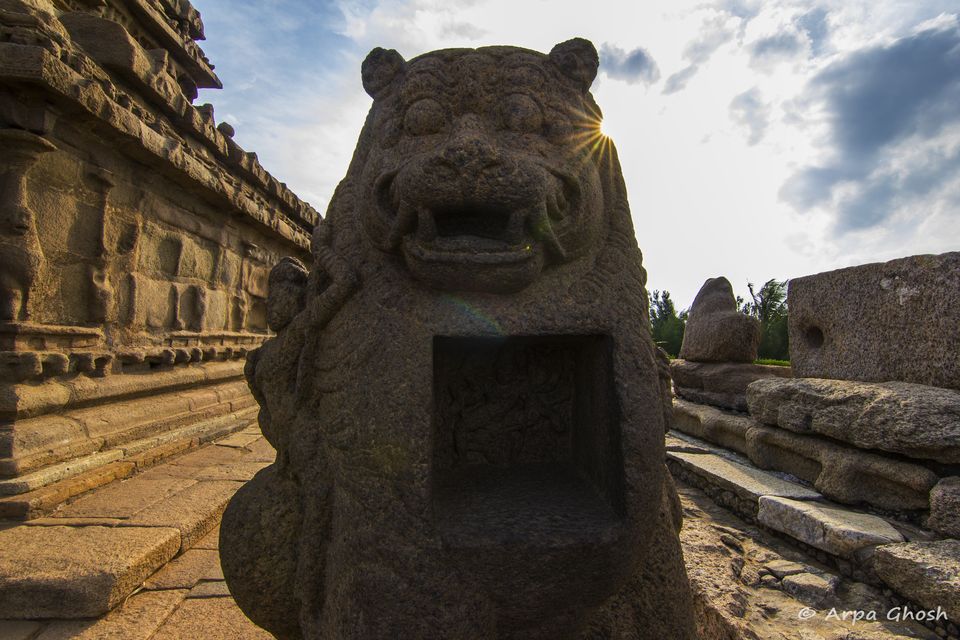 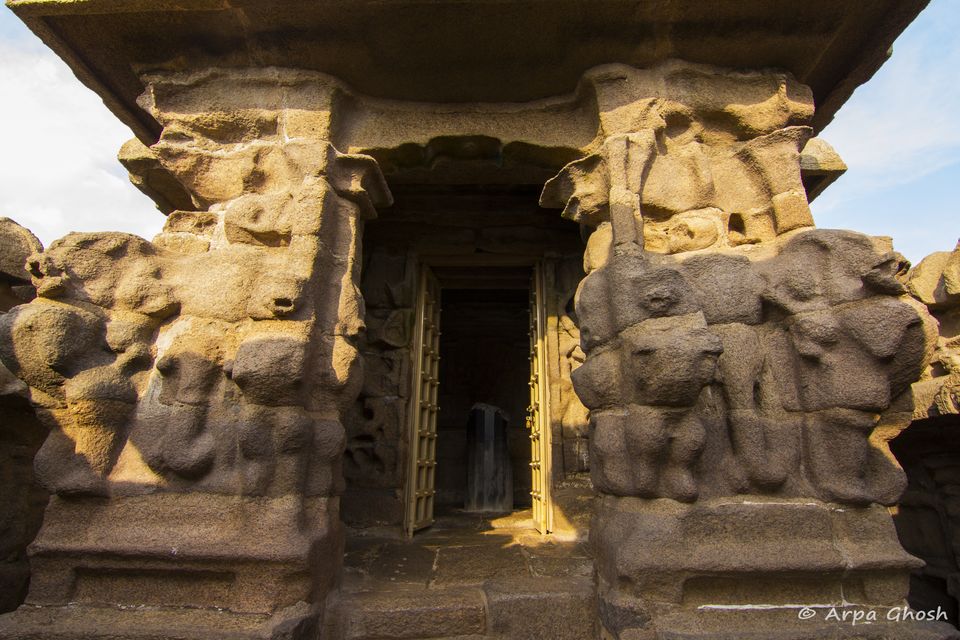 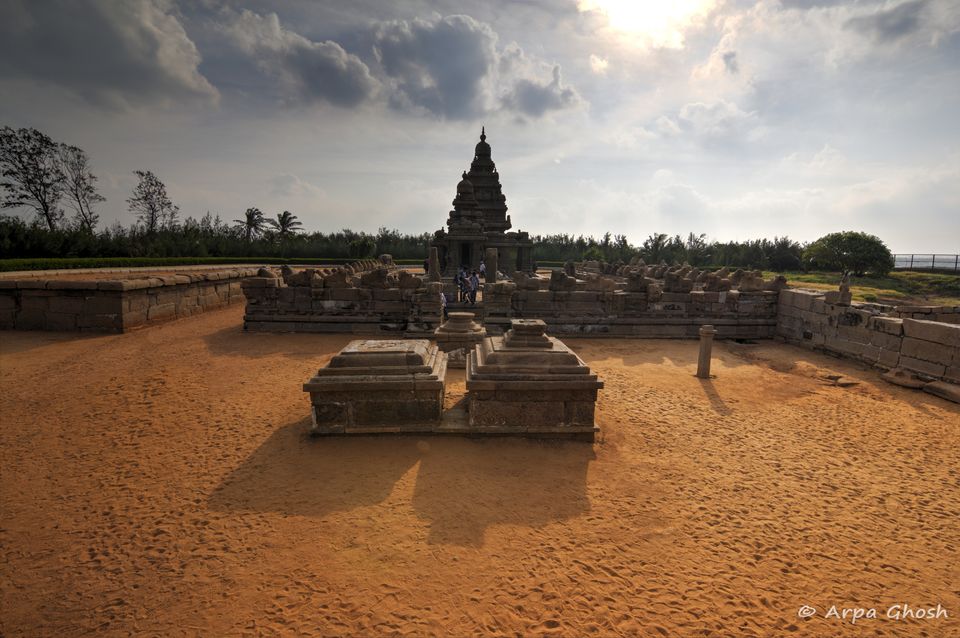 Having explored the Temple, we went to explore Mahabalipuram Beach right beside the Temple. The sea was bit rough at that hour due to high tide. Had Mahabalipuram been the only stop, we could spend some time on the beach. But, we couldn’t spend longer. 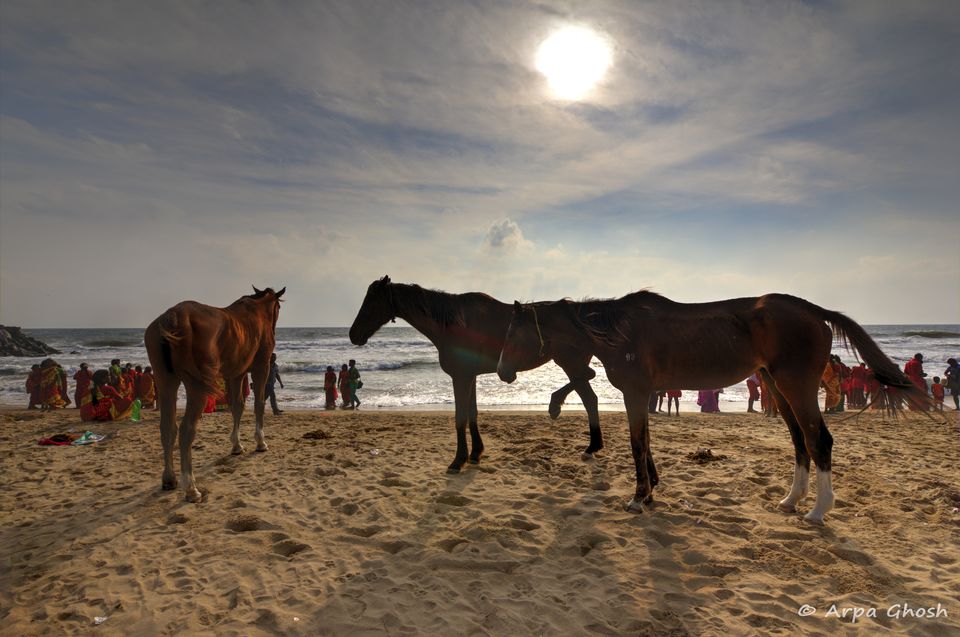 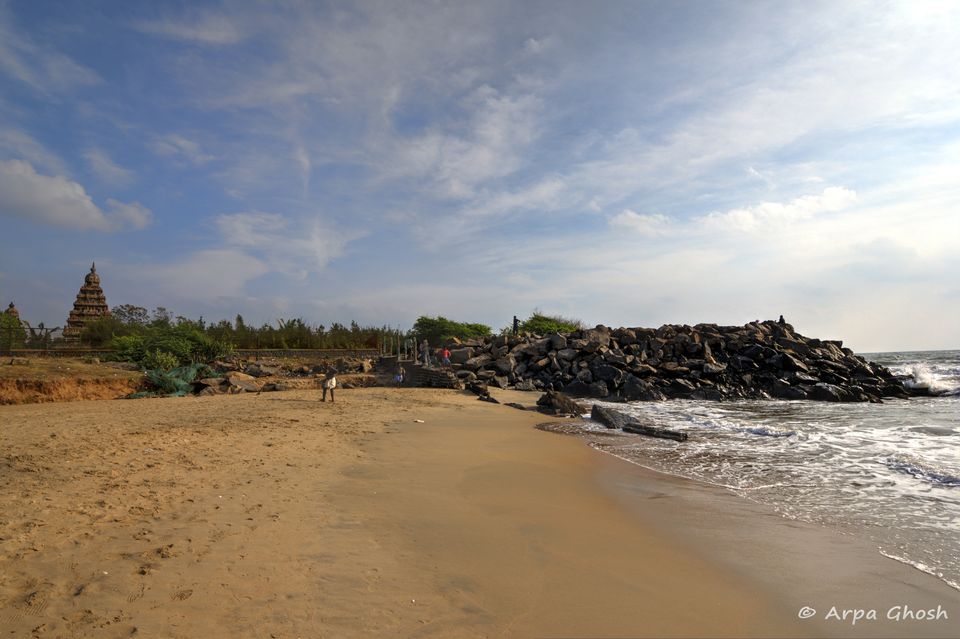 || Mahabalipuram Beach and the Shore Temple ||

Our next stop was Arjuna’s Penance. It is a huge rock canvas (96 feet long and 43 feet high). The sculptures are so intricate that one may find it difficult to figure out its details. The canvas portrays Gods, human beings, birds, animals all fitting harmoniously into the theme of penance of Arjuna. There is another school of thought, which describes that the Arjuna’s Penance talks about descent of Ganga on earth. The cleft in the rock depicts Ganga descending on Earth. As a layman, I could hardly figure out so much significance to the place. However, preliminary research about the place came to our rescue. 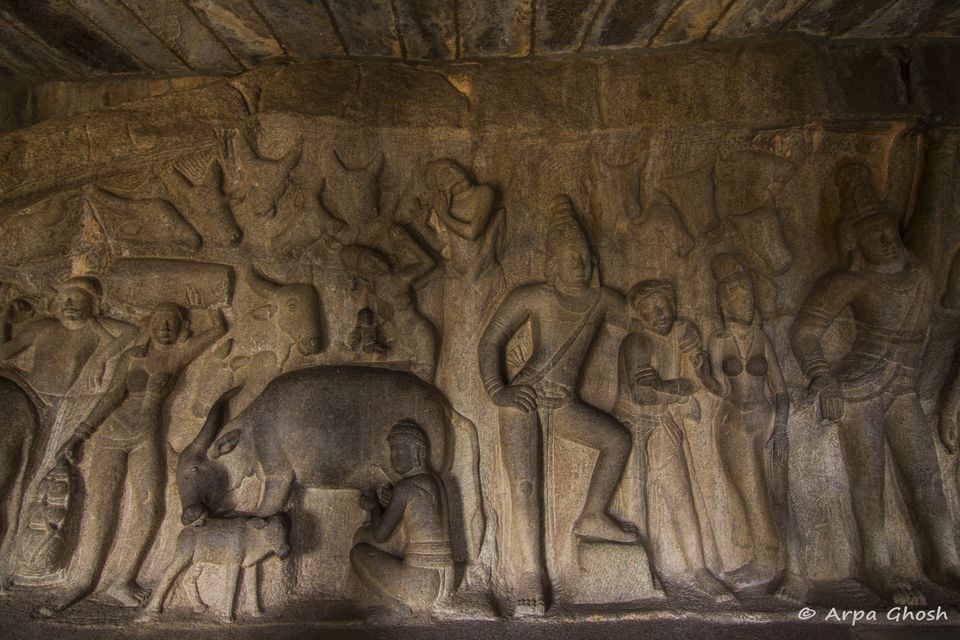 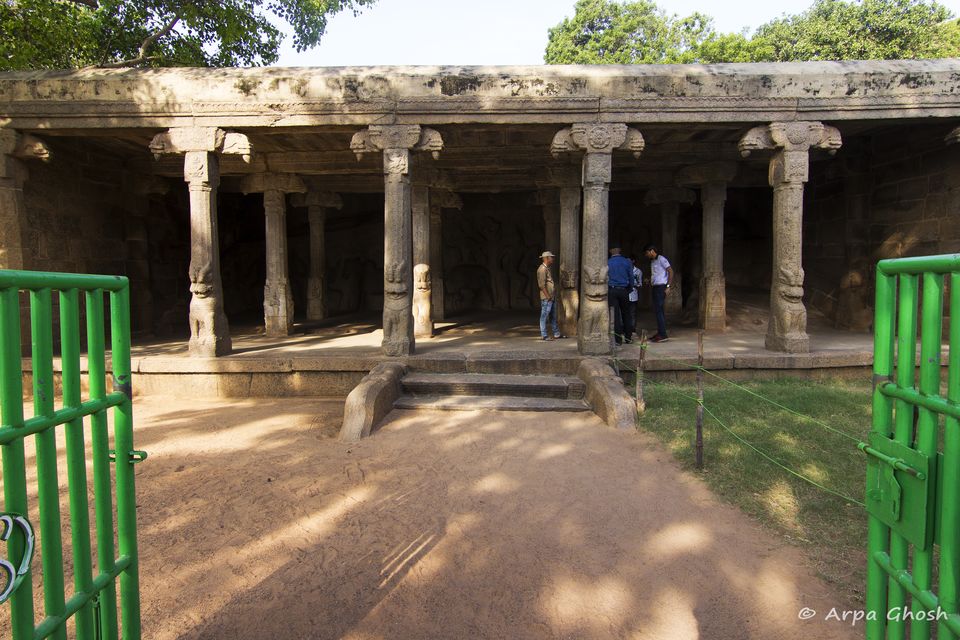 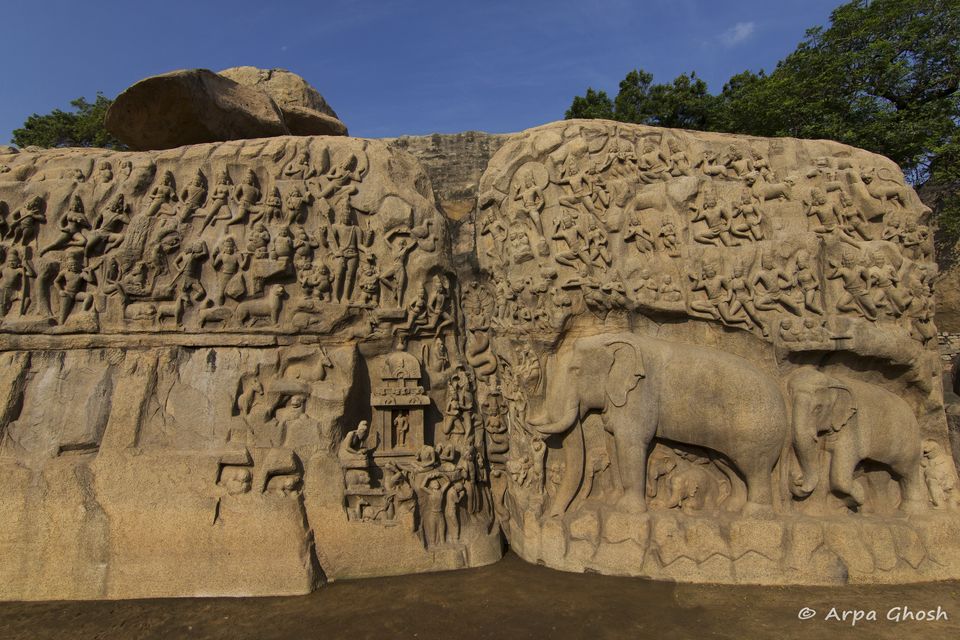 Mahabalipuram has a series of wonderful monuments and architectures. Then, we visited Varaha Mandapa. It is said to be one of the best finished gems of Pallava art. It is a rock cut cave.  It portrays two incarnations of Lord Vishnu. 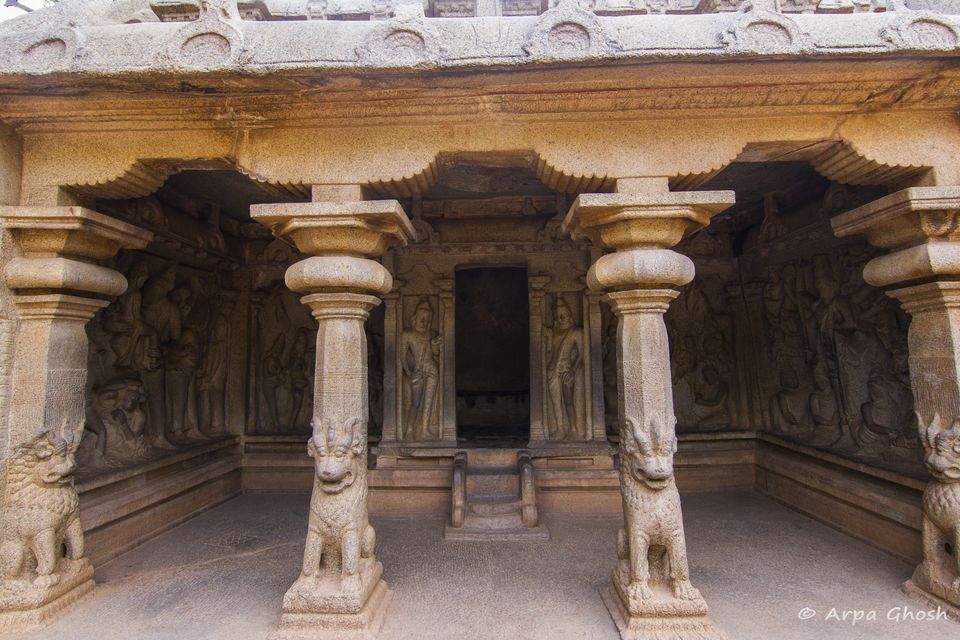 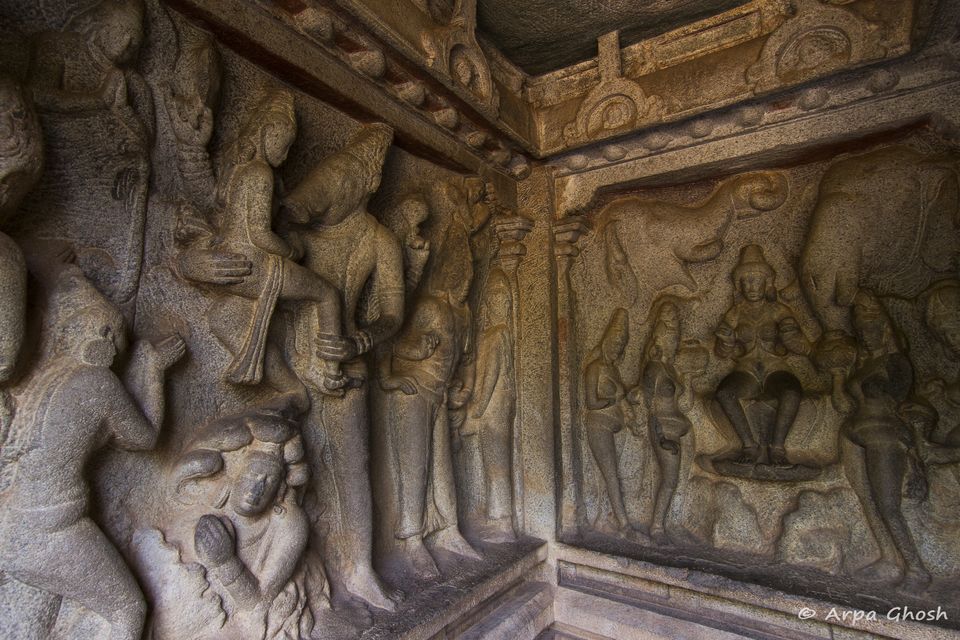 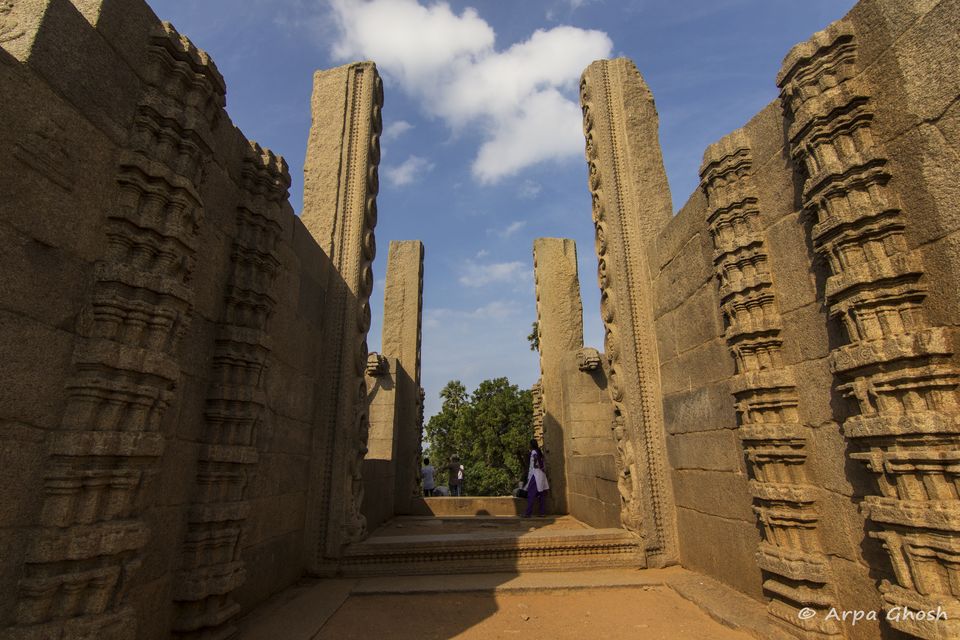 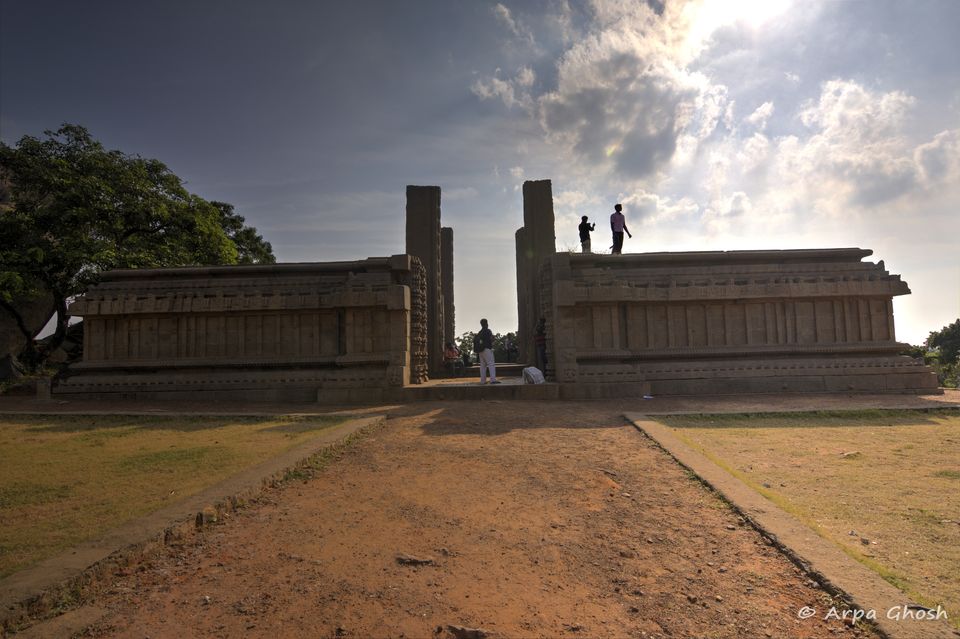 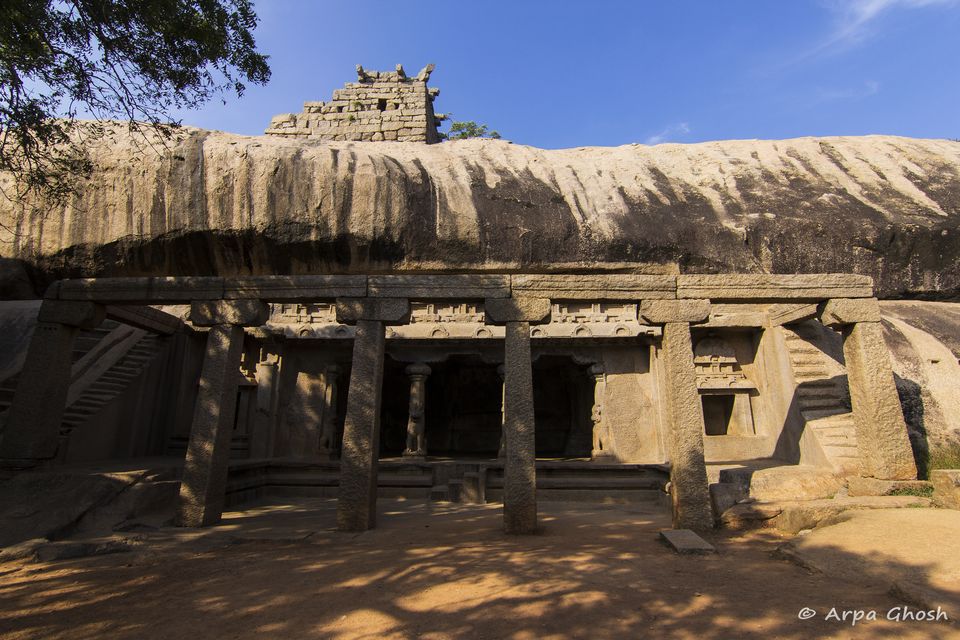 Then, we walked down the stairs to the Light House. Here, the Light House is accessible to public at a token entry fee. The view from top of the Light House was breathtaking beautiful. You can view the entire Mahabalipuram from top. The cool breeze of the sea and the beautiful view around was really enchanting. 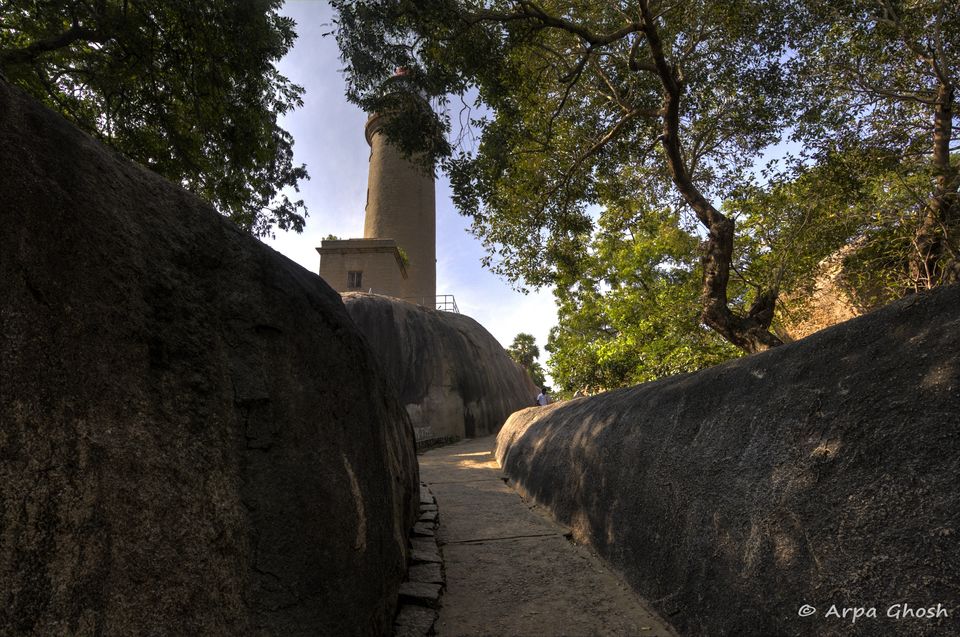 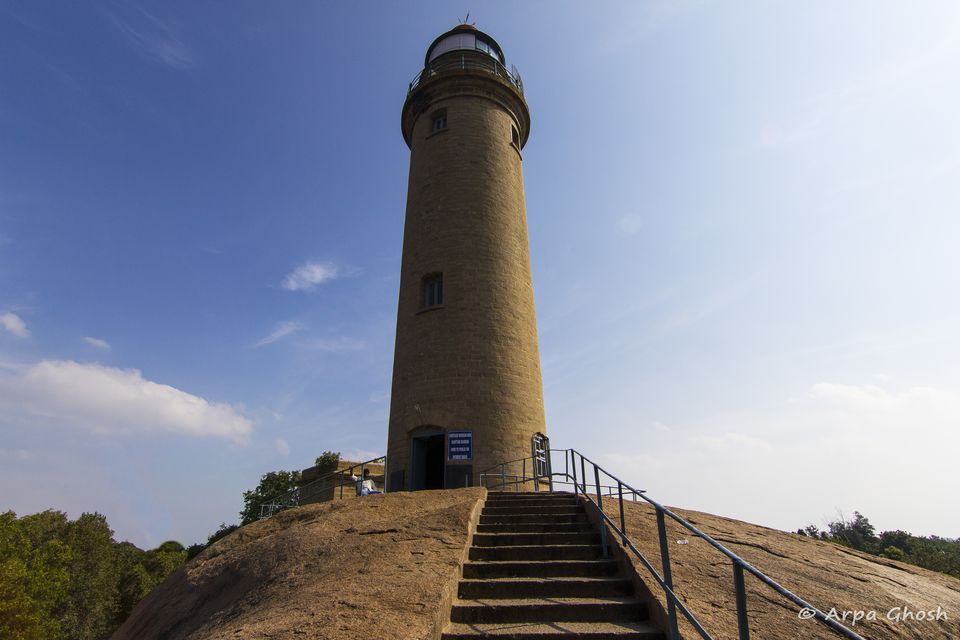 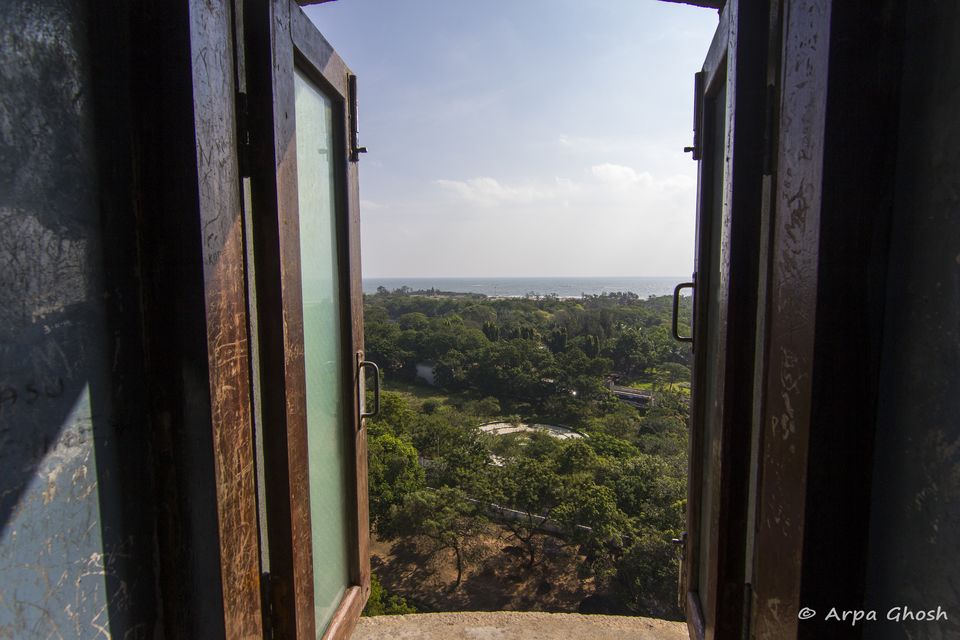 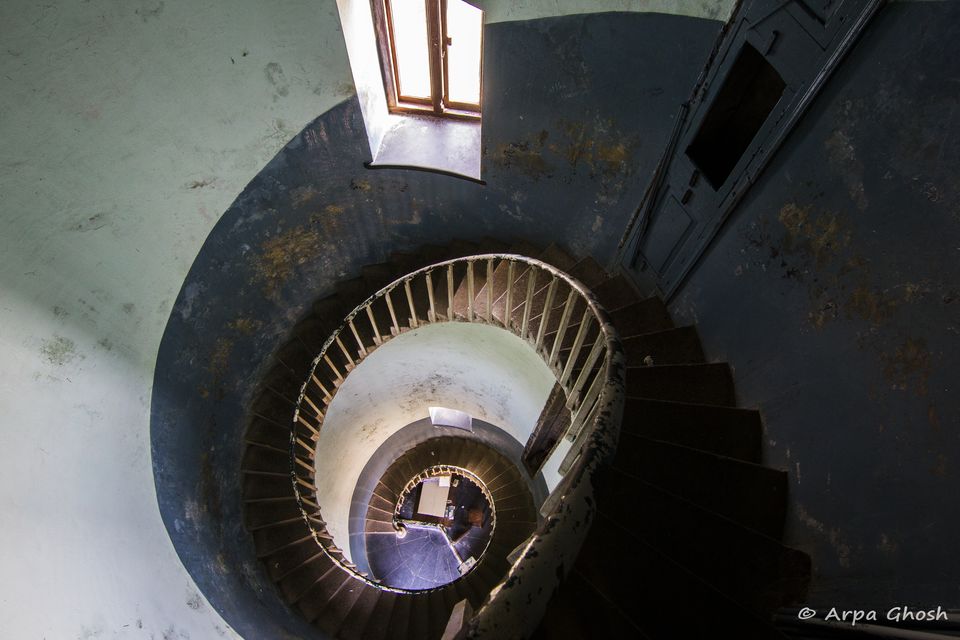 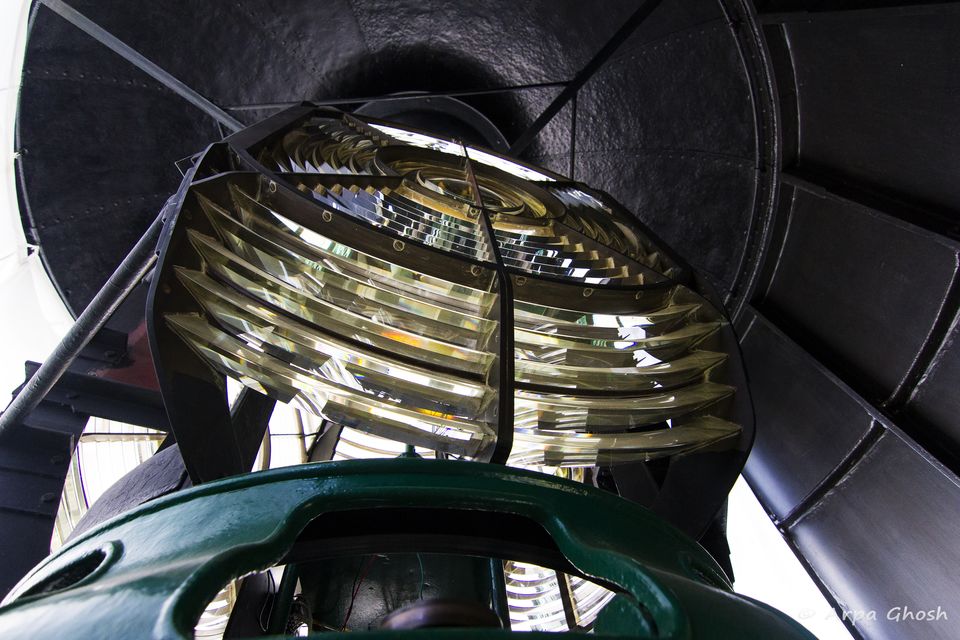 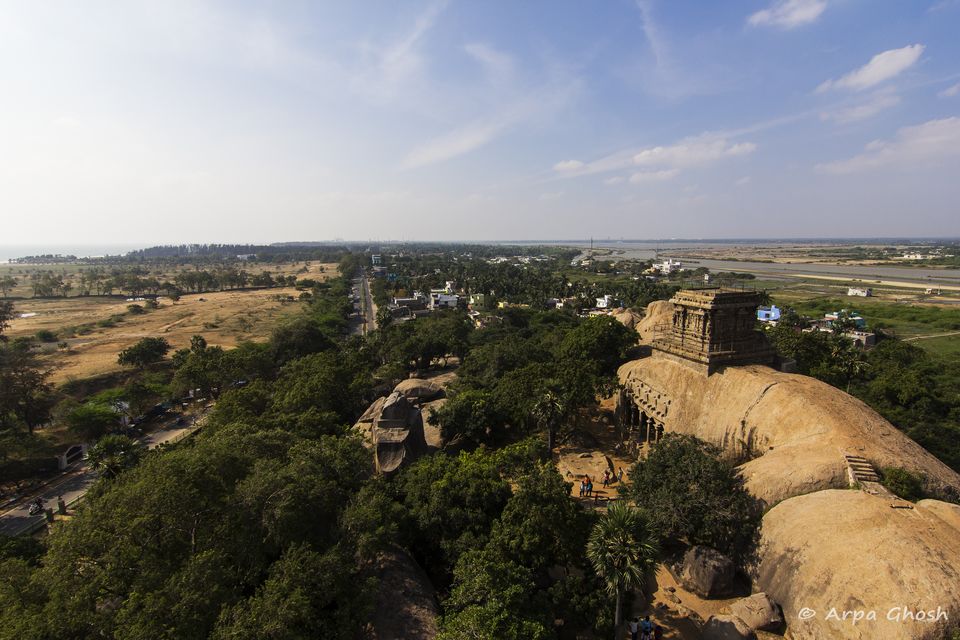 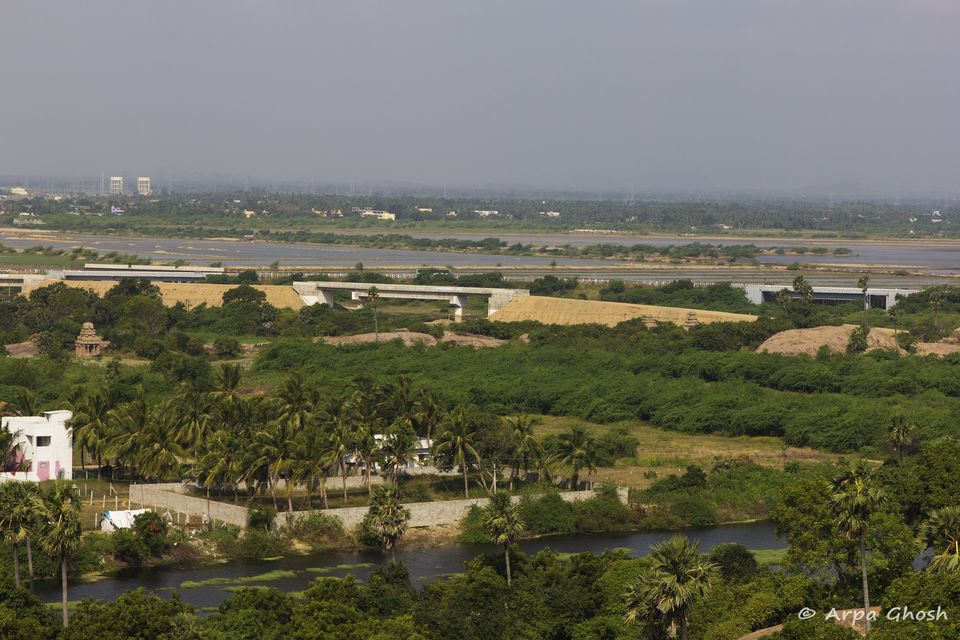 Thereafter, we visited Nakula Sahadeva Temple, right beside the Light House. Each Temples were unique in its architecture and spoke volumes about marvelous art during Pallava dynasty. Then, we visited Krishna’s butterball. It’s a giant natural rock boulder, standing on a slope, seemingly defying all laws of Physics. The awkward position of the rock has made it quite popular among tourists, where people pose for pictures. :P 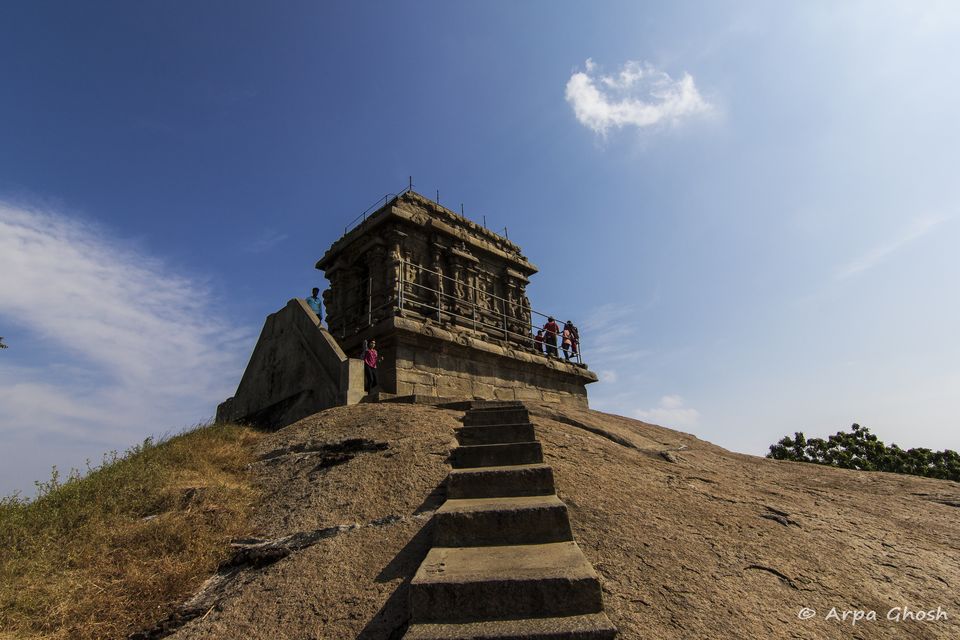 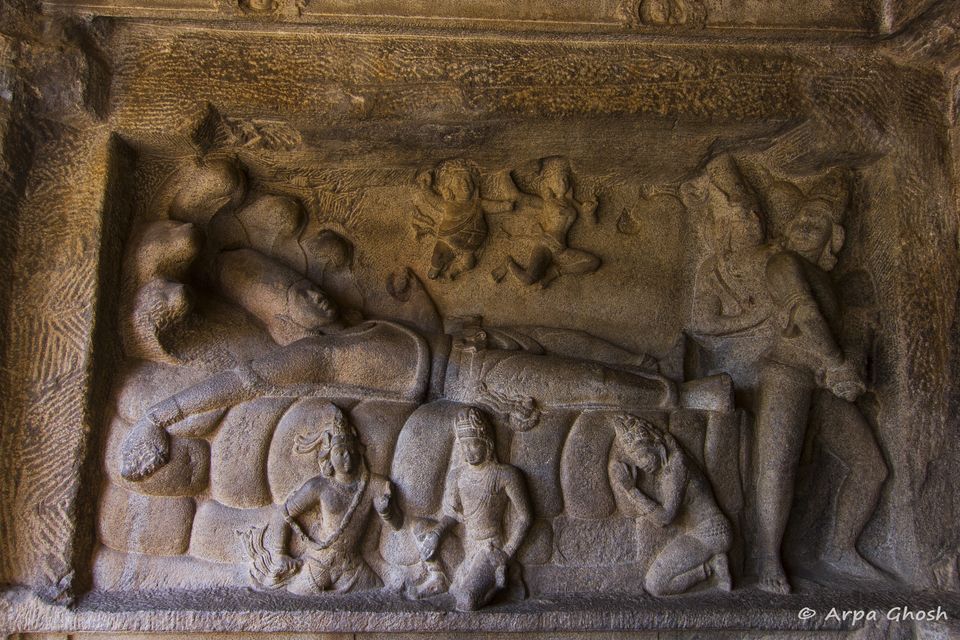 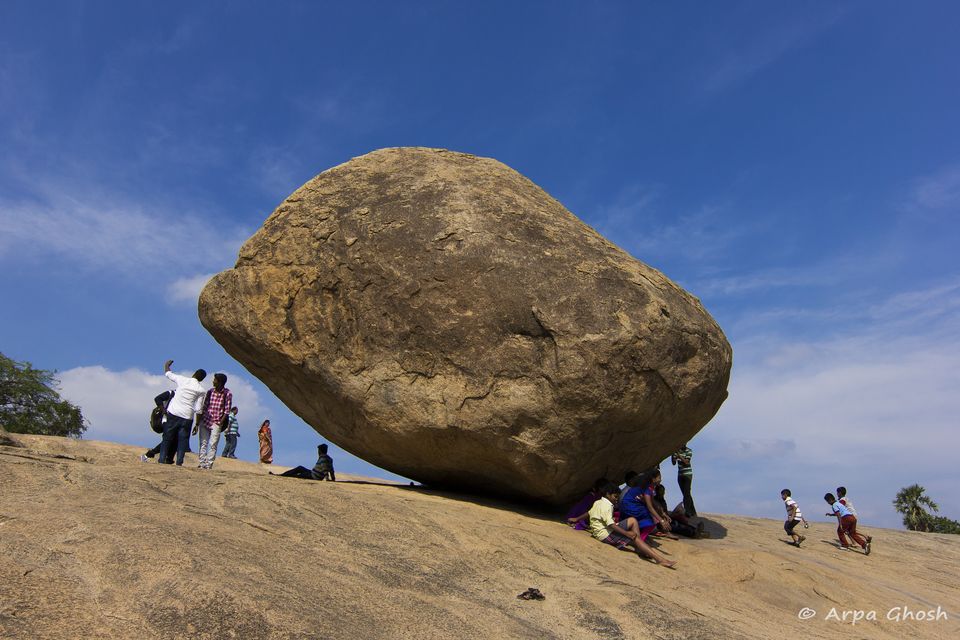 Last but not the least, we visited the Five Rathas. The Five Rathas are monolithic temples and are known as rathas as they resemble wooden chariots and it was an innovation of Pallava King. Though these temples are termed as Panchapandava Rathas- they have nothing to do with Mahabharata. These architectures bear silent testimony to the art and architectural skills of illustrious era of Pallava dynasty. 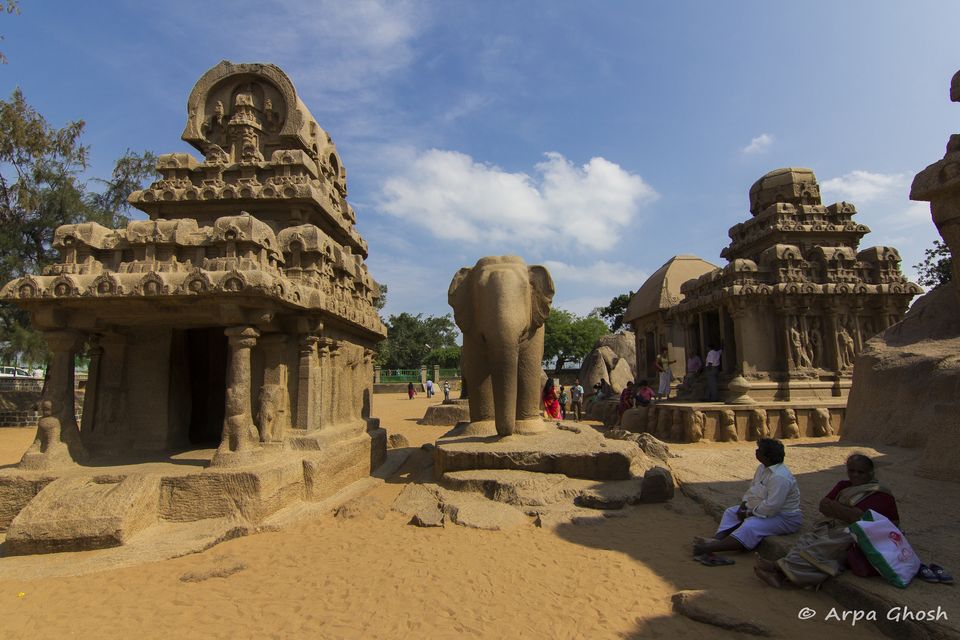 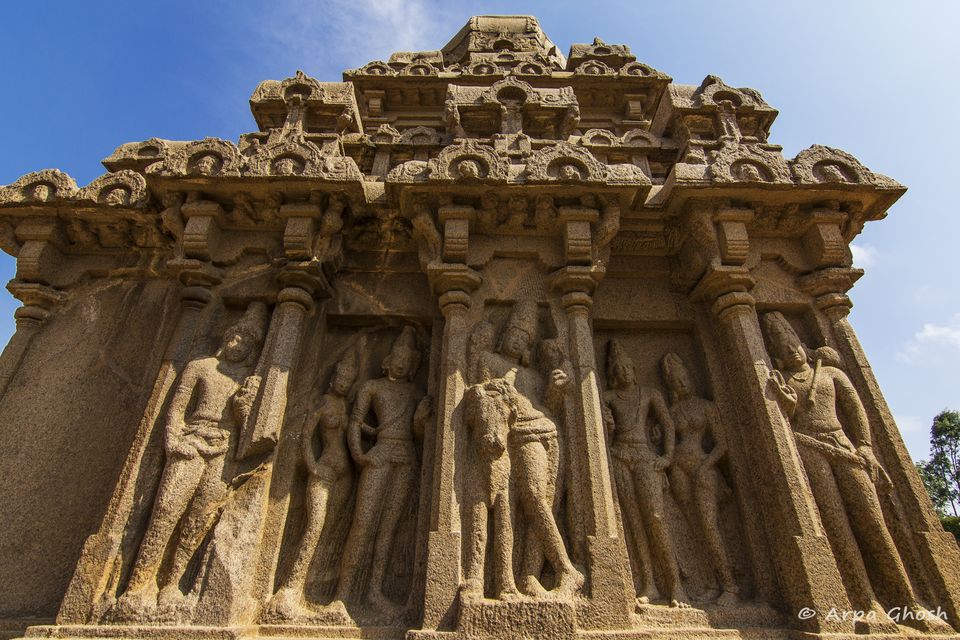 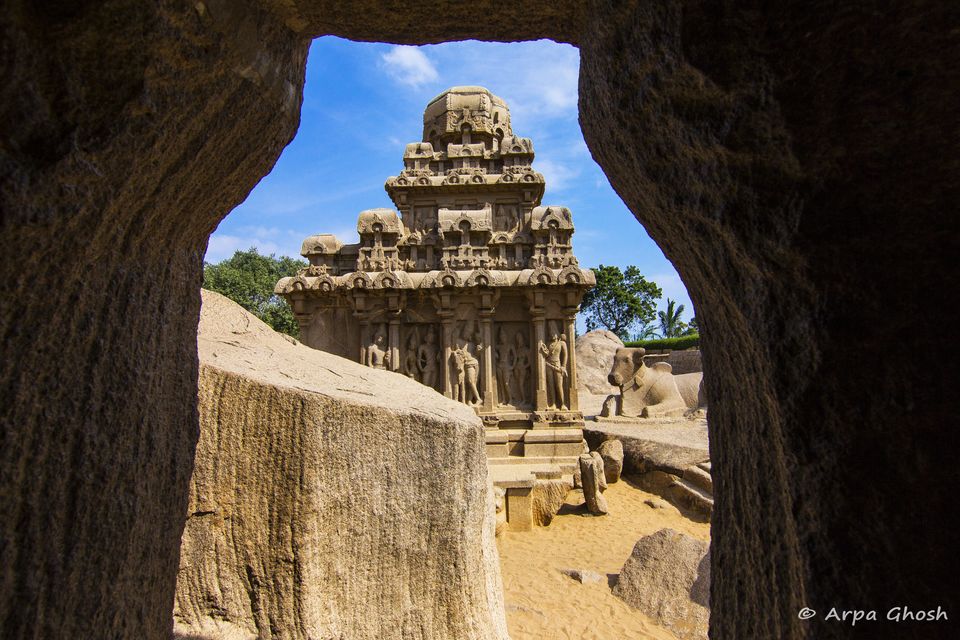 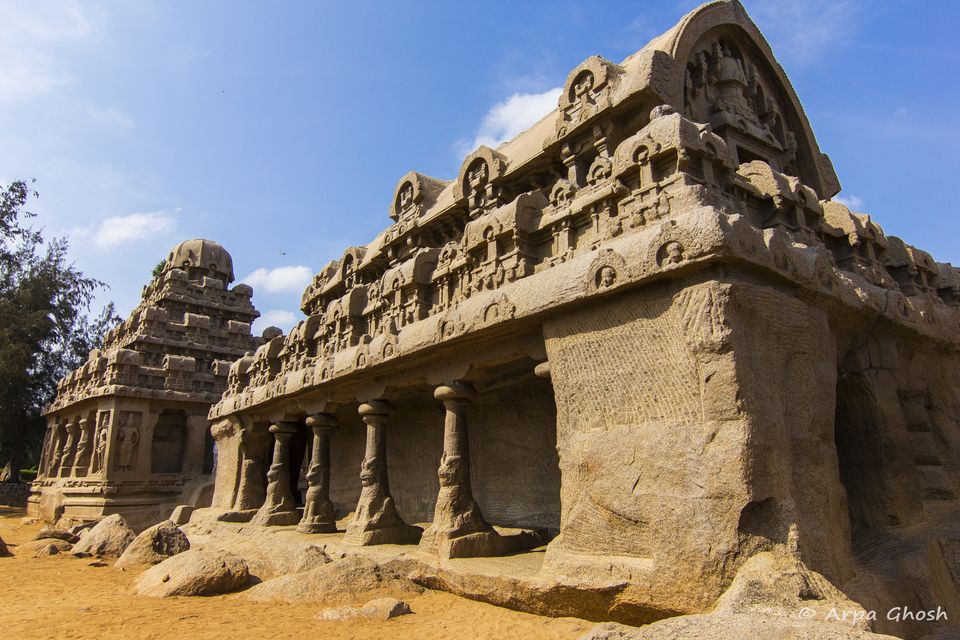 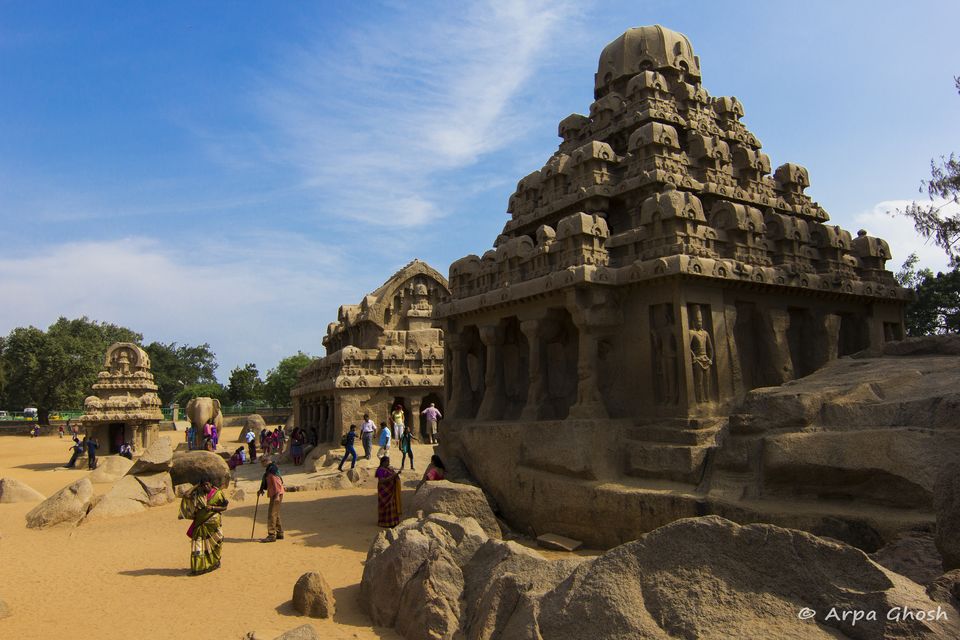 One needs at least 3.5-4 hours to properly explore the place. Mahabalipuram has lot to offer. It’s a beautiful place on the shore of Bay of Bengal. The beautiful sandy beach, the fascinating historical retreat of Mahabalipuram is bound to captivate one’s spirit and hence proves to be an ideal getaway from Chennai. There are number of hotels and restaurants around the place.